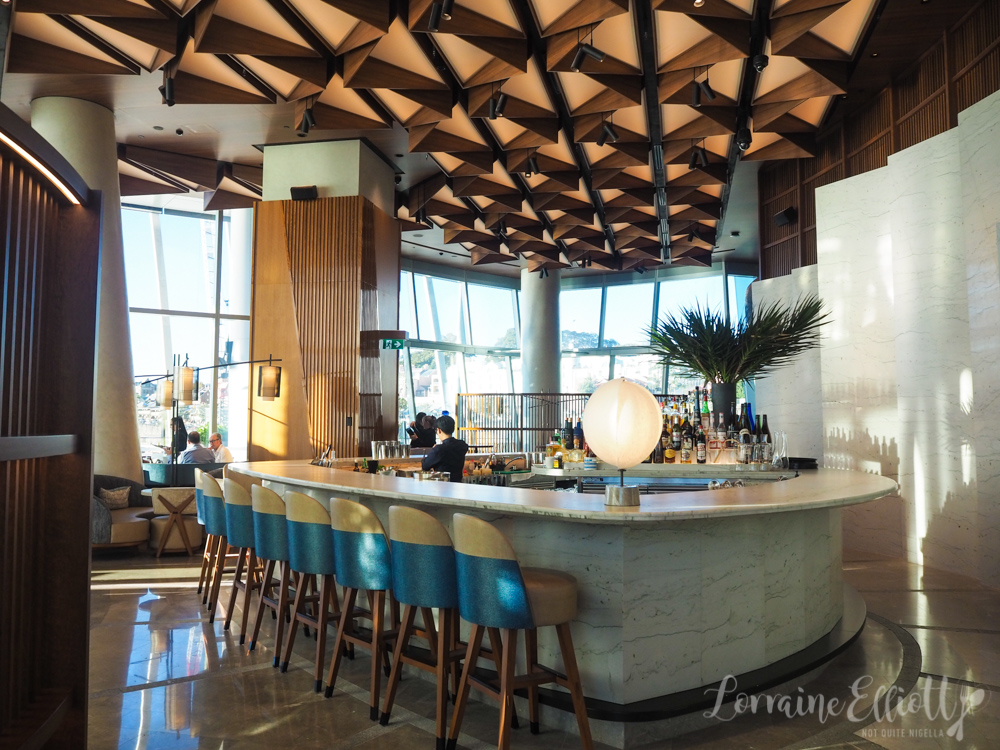 Nobu Sydney is one of the most popular and booked out restaurants at Crown Towers Sydney. It has also been one of the more interesting openings at Crown Sydney garnering a range of reviews and opinions. So what is it like and how does it compare to other Nobu restaurants? 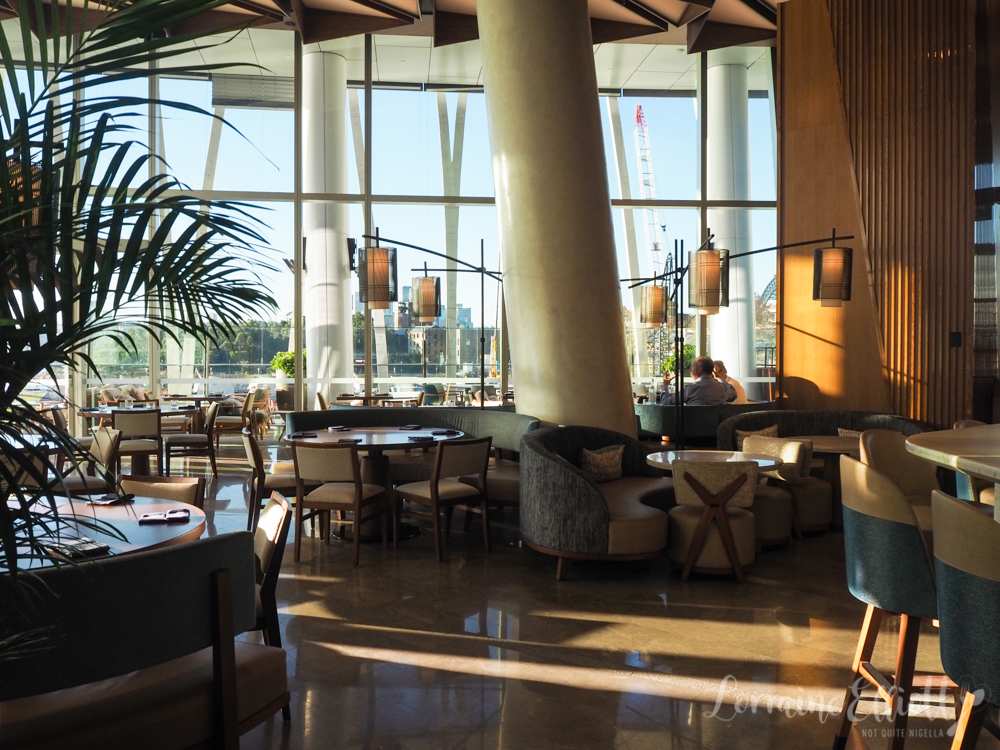 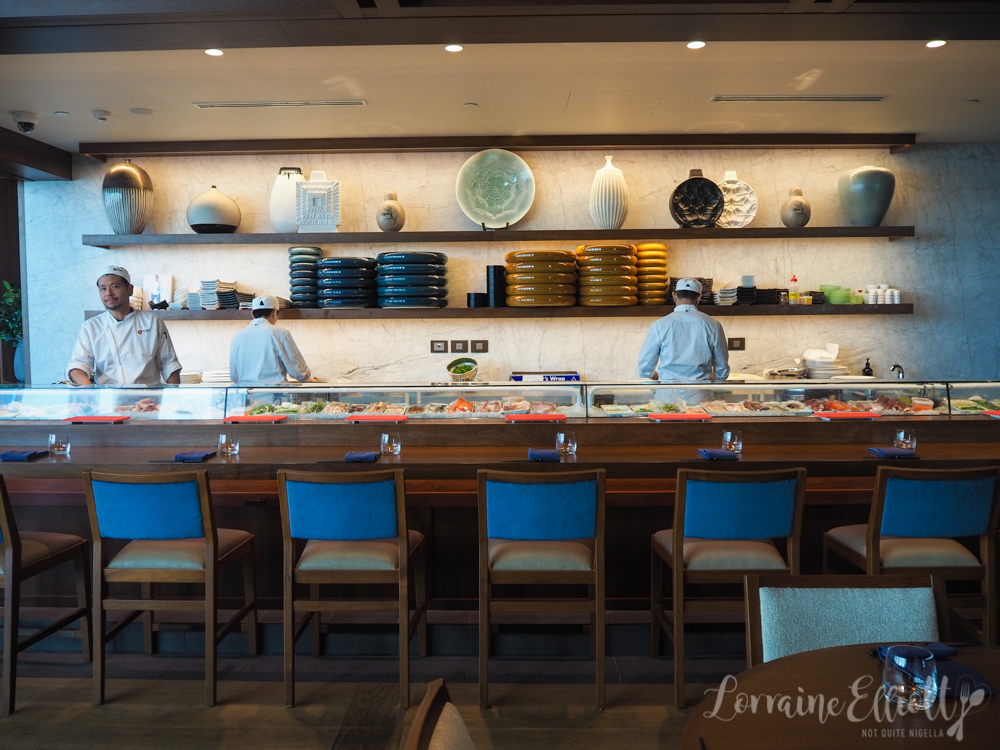 Within three years the first outpost in London opened and there was an expansion around the world from there. At the latest count there were 44 Nobu restaurants around the world. In Australia the first Nobu opened in Melbourne, then Perth, followed by the one in Sydney early this year. 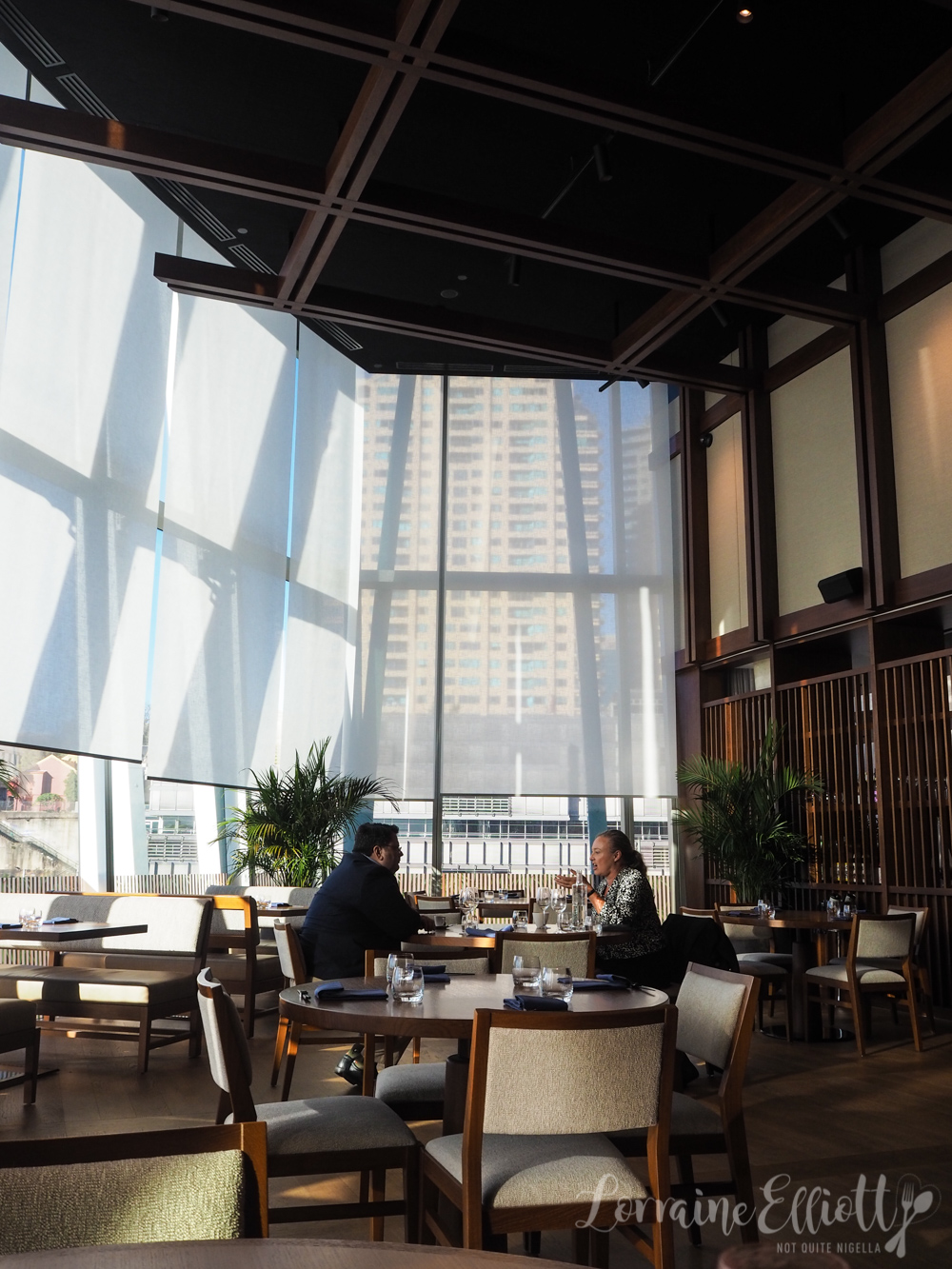 Nobu is located on the second floor of the Crown Towers Sydney. It's an enormous space occupying the North West corner of the building and seats 350 in several rooms including some upstairs private dining rooms. 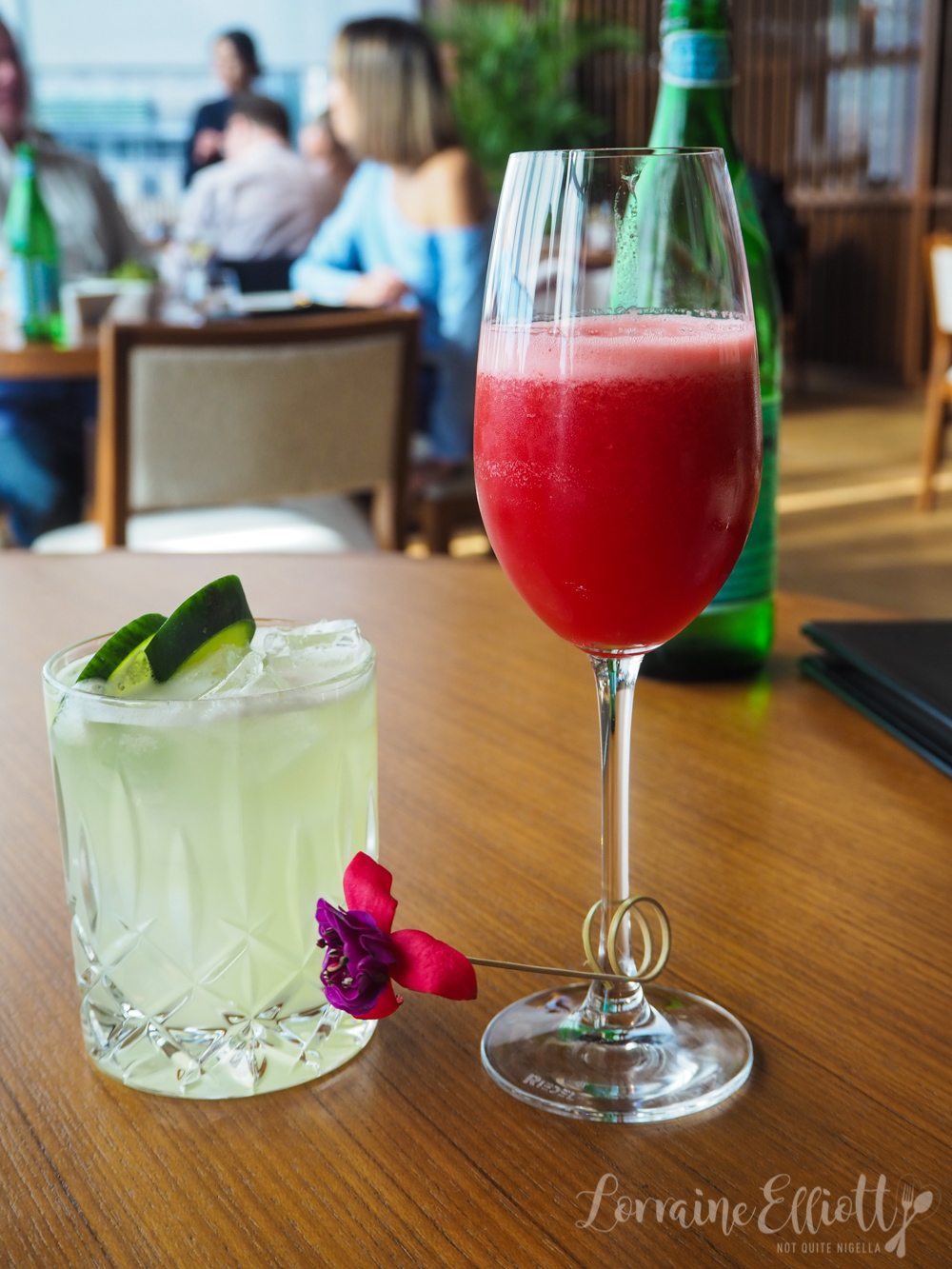 I am having lunch with Ivy in the second room which is where diners can watch the sushi chefs at work. It is a sun drenched room with large floor to ceiling windows. We are asked a couple of times if we would like edamade but we demur. Ivy orders a Senbazuru cocktail which is a little too much on the sour side while I order a Oh My Kami which is pretty, sweet and light with a flower skewered around the stem of the glass. 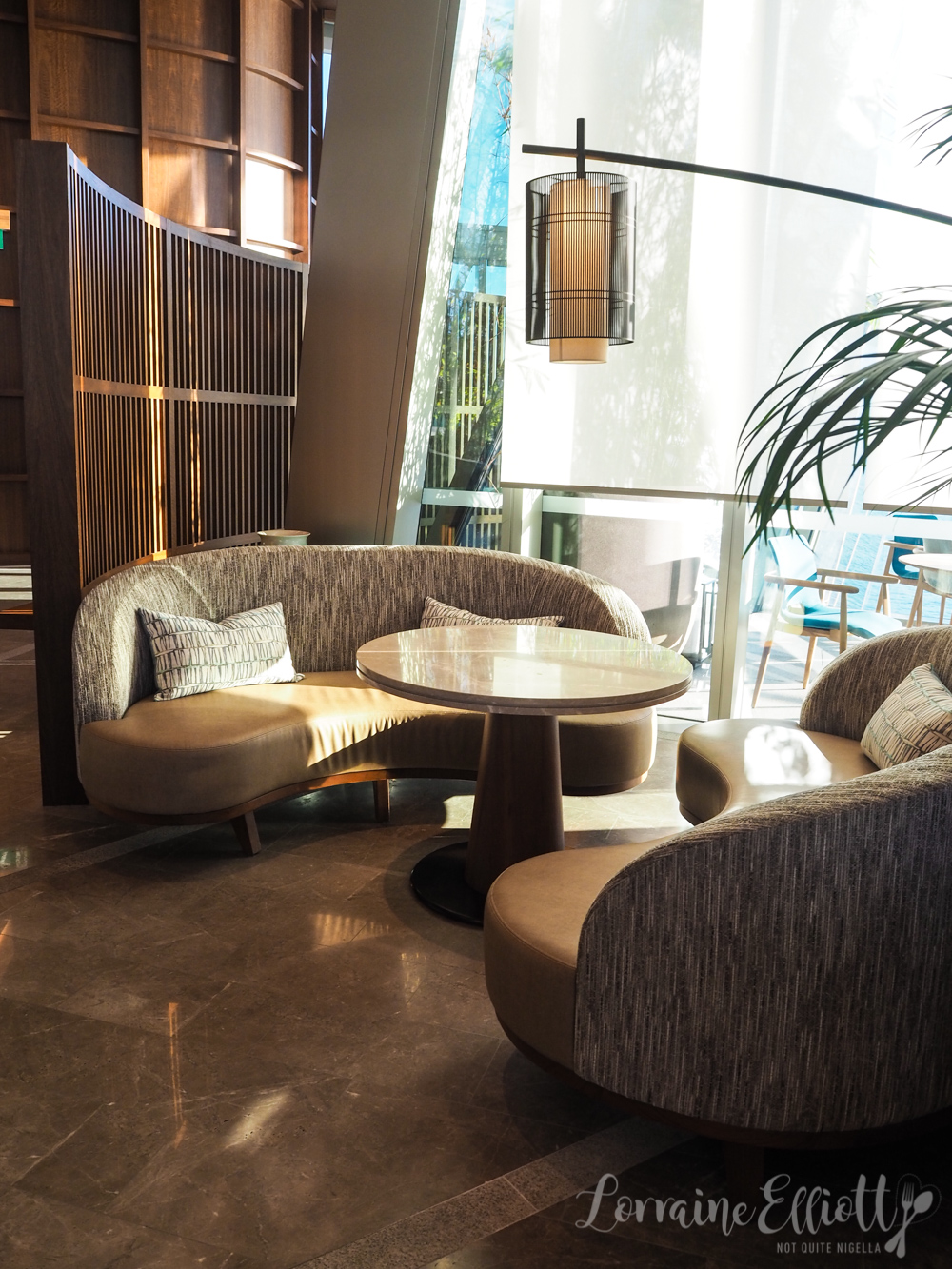 At lunchtime there is the option to order bento boxes but our waitress points us towards her recommendations. Service from some staff members seems awkward and lacks the assuredness of other Crown restaurants. They seem less attentive and assured than the other Crown restaurants although there is a hospitality shortage at the moment.

The menu is broken up into pages with Nobu Classic and Nobu Now options. Nobu Classic features the dishes that Nobu are known for like the miso black cod while Nobu Now has more contemporary dishes. We order a mix of both based on what our waitress recommends. 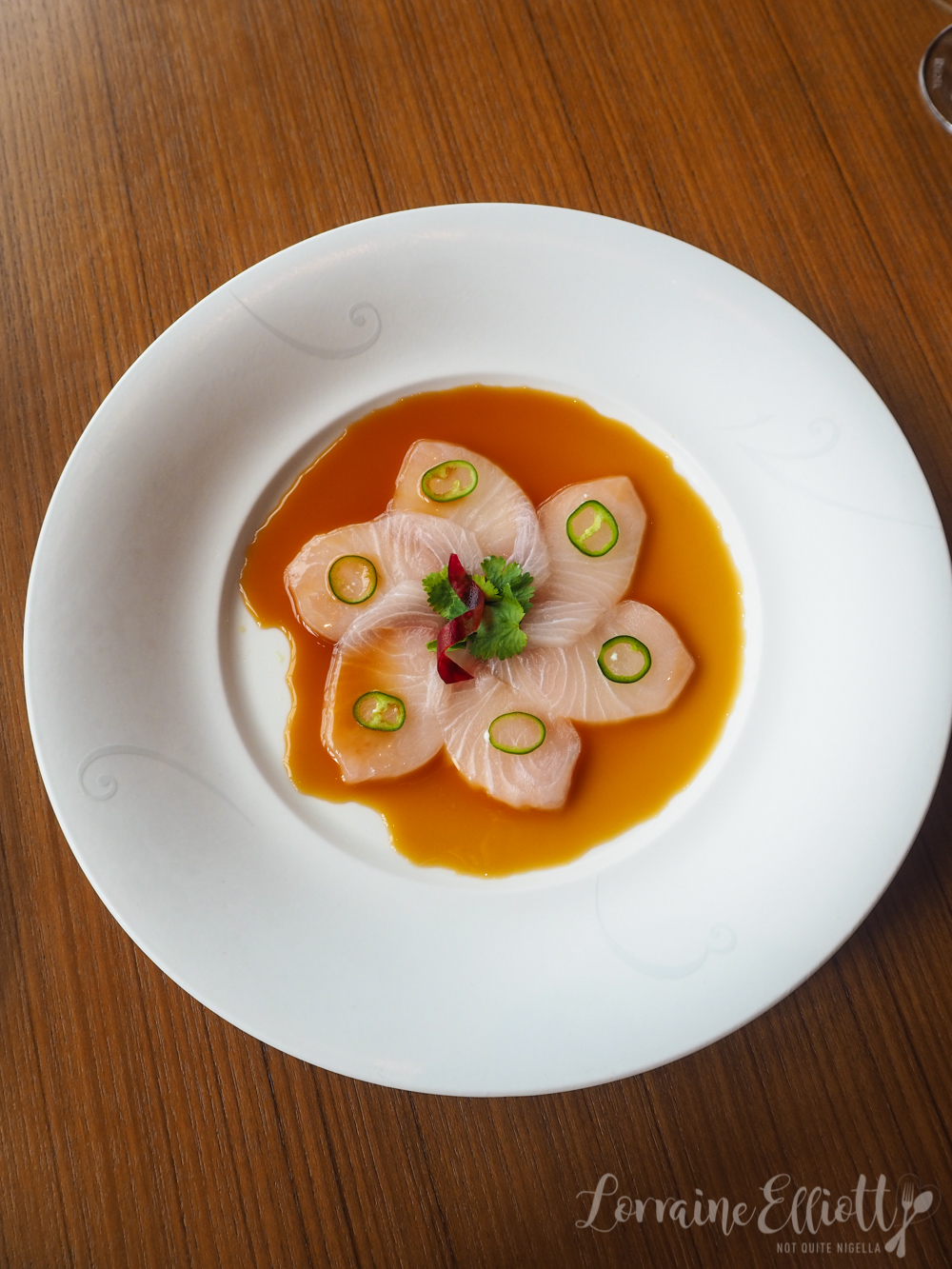 The yellowtail jalapeno are sashimi slices of yellowtail fish in a ponzu sauce with slices of jalapeno and coriander. They recommend taking a piece of coriander to offset the heat of the jalapeno. It's a nice dish and certainly pretty although it is a dish that you tend to see a lot of in Japanese restaurants nowadays. 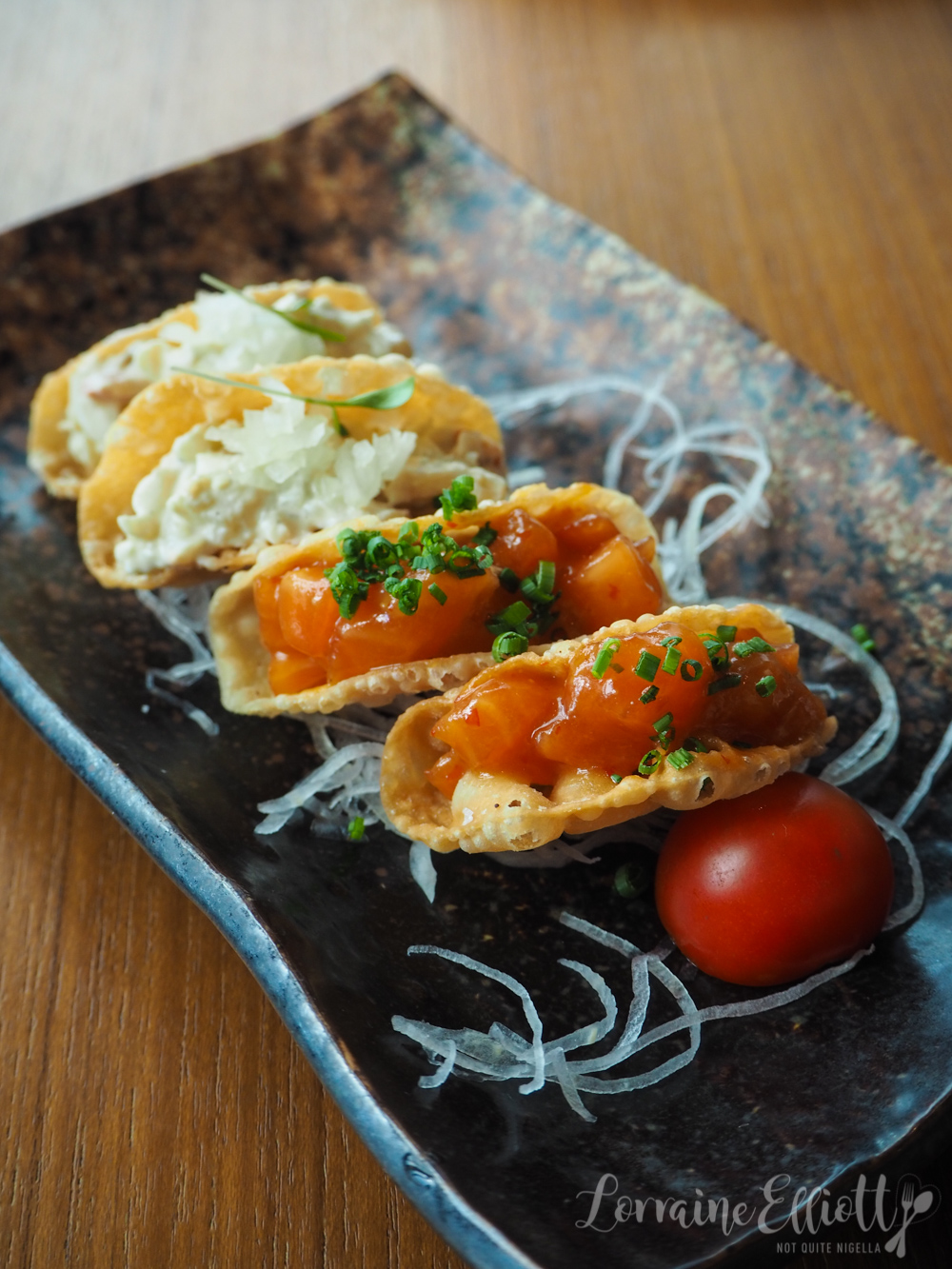 The Nobu tacos are delicate, tiny bite size tacos. We tried two types of fillings: raw salmon with a rich, spicy and sweet miso sauce. By contrast the lobster wasabi cream is much lighter and milder in flavour. 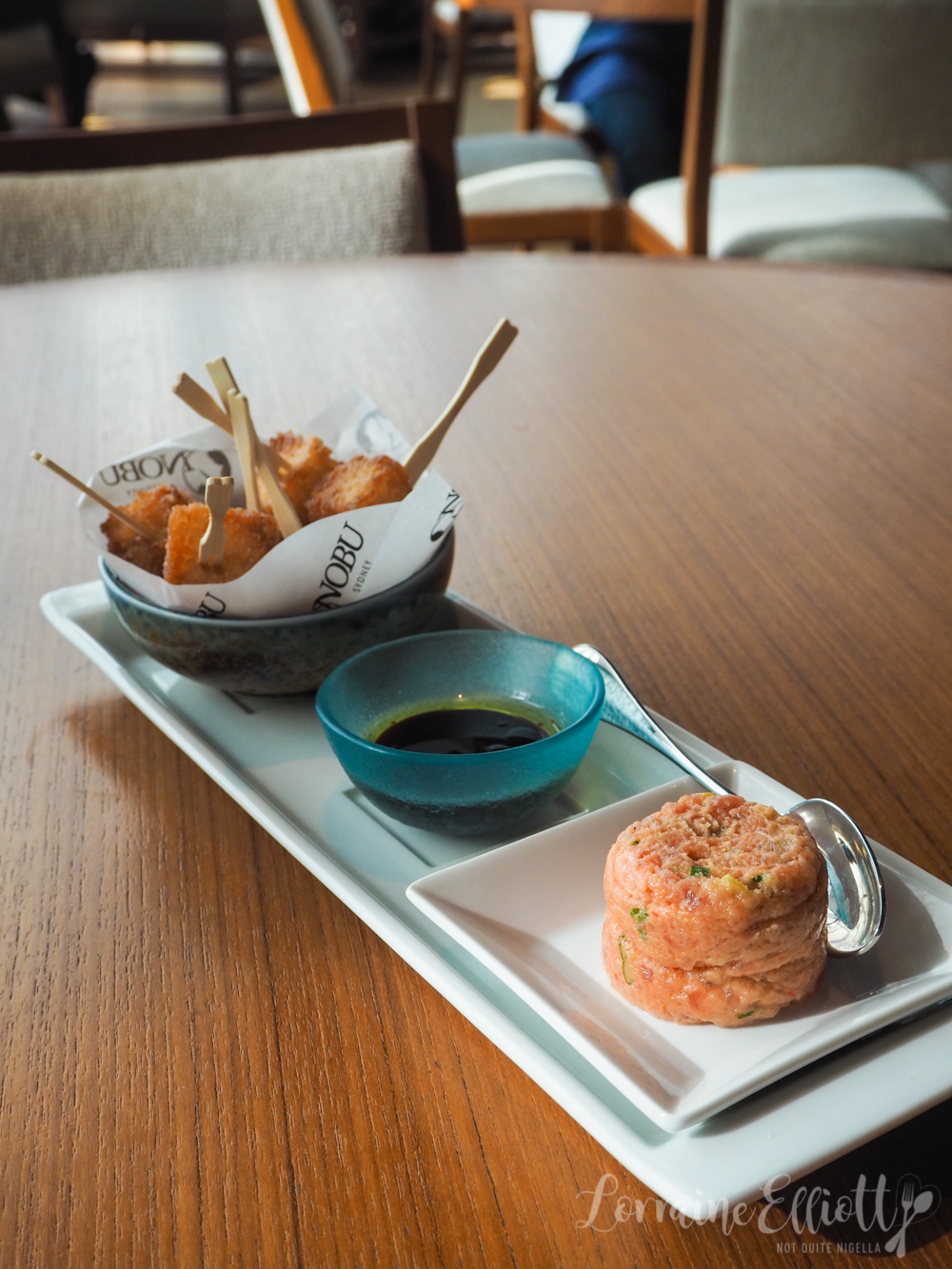 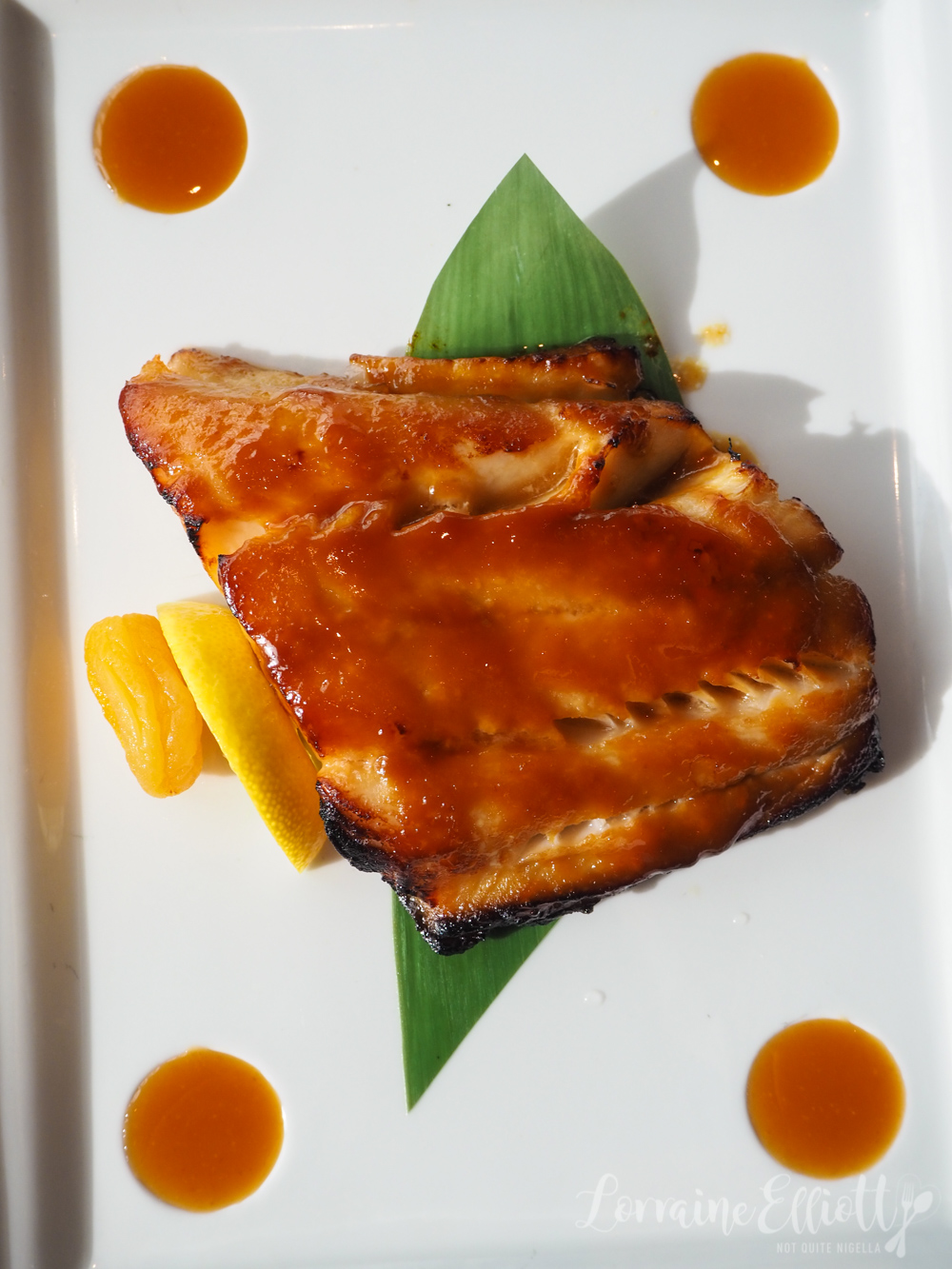 The black cod miso was the dish that really made Nobu famous and people were obsessed with it. I remember being absolutely blown away with it decades ago when I first tried it at Nobu in London. There was something irresistible about the interplay of the sweet white miso and meltingly textured, large flaked black cod that has been marinated for 72 hours. It is also one of the most copied recipes with so many versions floating around. I try some of the cod and the sauce on top is sweet, very sweet. I don't recall it being this sweet and the garnish of the single rehydrated dried Turkish apricot is certainly well umm...quirky? I remember it being a single, crisp spring onion in London which suited it better. 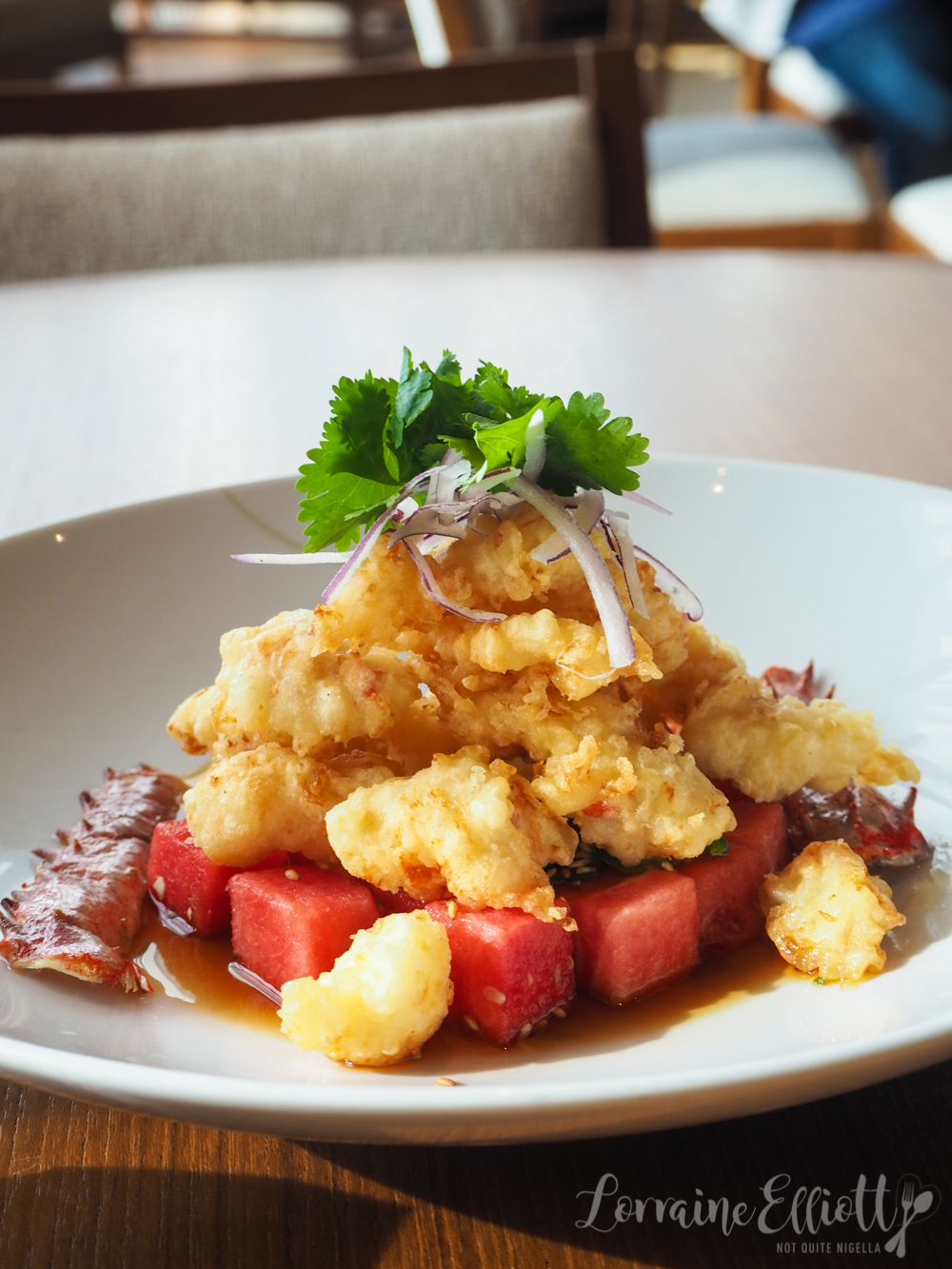 The king crab tempura is next and you don't often see this on menus. The tempura is very light and the crab tender and sweet. It sits on a bed of watermelon cubes with sliced jalapenos. I like the jalapenos but the watermelon seems counter intuitive. Placing deep fried tempura on wet cubes of watermelon means that the tempura becomes soggy bottomed. 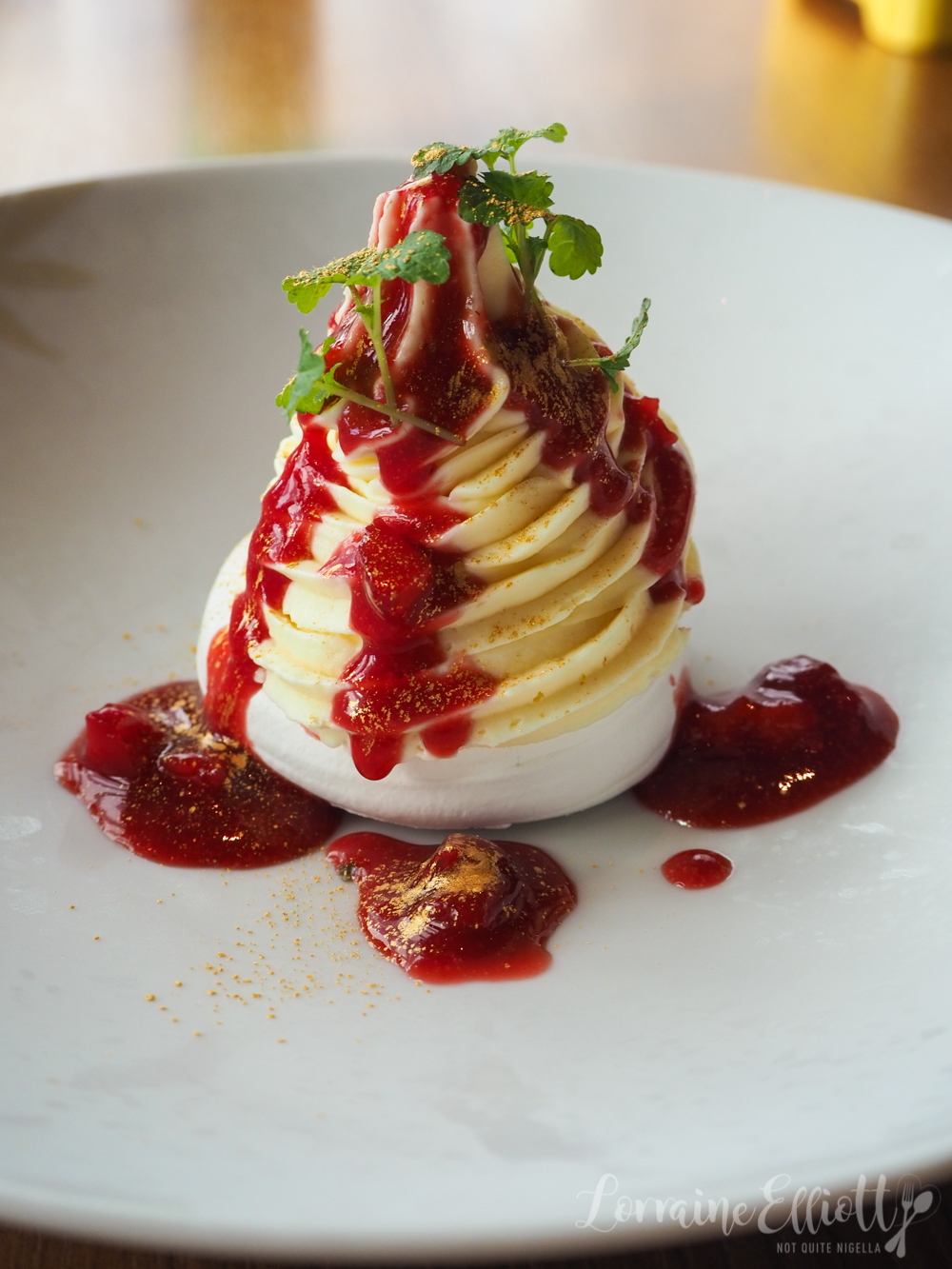 It's time for dessert and Ivy's choice is from the Nobu Now menu of the Pinky Pavlova. It's a meringue disc with strawberry sorbet, white chocolate cream and strawberry coulis (said to be fresh berries). Alas it's not exactly a pavlova, instead it's a hard meringue and Ivy wrestles with it and digs her spoon in hard to get through the meringue and sauce goes flying onto her shirt. If you're looking for a marshmallowy centered pavlova you may be left wanting although if you like a harder meringue, this may suffice. 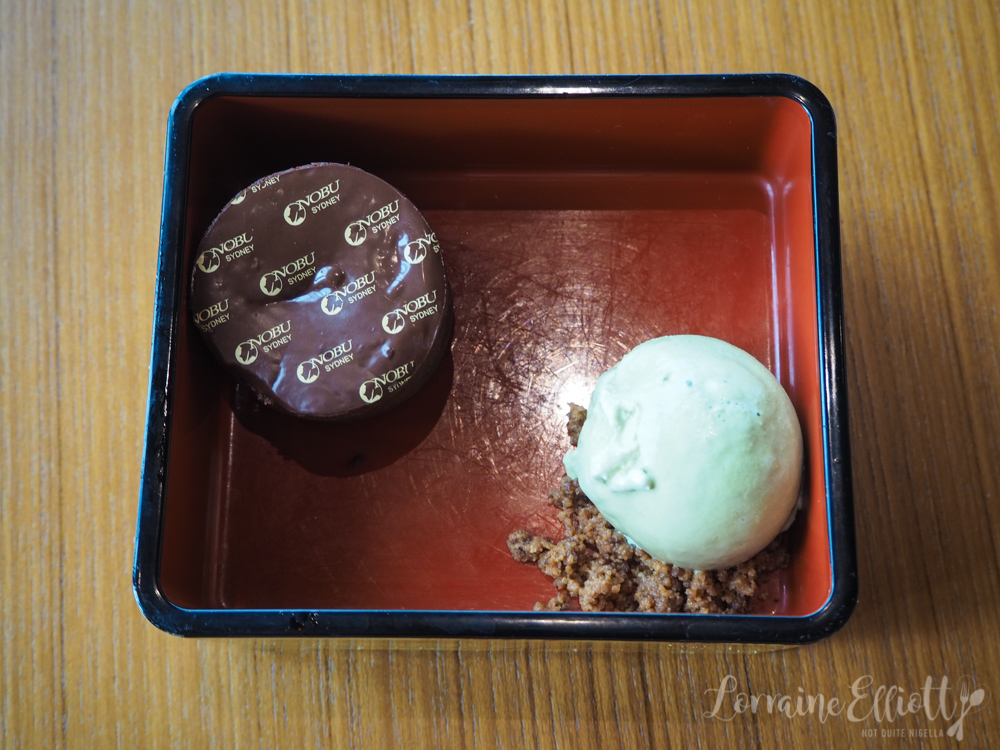 My choice is the chocolate fondant with Nobu Sydney printed in gold cocoa butter on top and a scoop of green tea ice cream. The chocolate fondant is very rich and it's best shared. The matcha is quite a mild flavoured matcha ice cream. Memories come flooding back to me when they place the chocolate box in front of me. It's funny how food memories emerge with such clarity just from the look or smell of one dish. And thinking back to that earlier meal so many years ago, while Nobu was revolutionary when it started, I wonder if it has stayed in step with time.

So tell me Dear Reader, have you been to a Nobu? Did you like it?