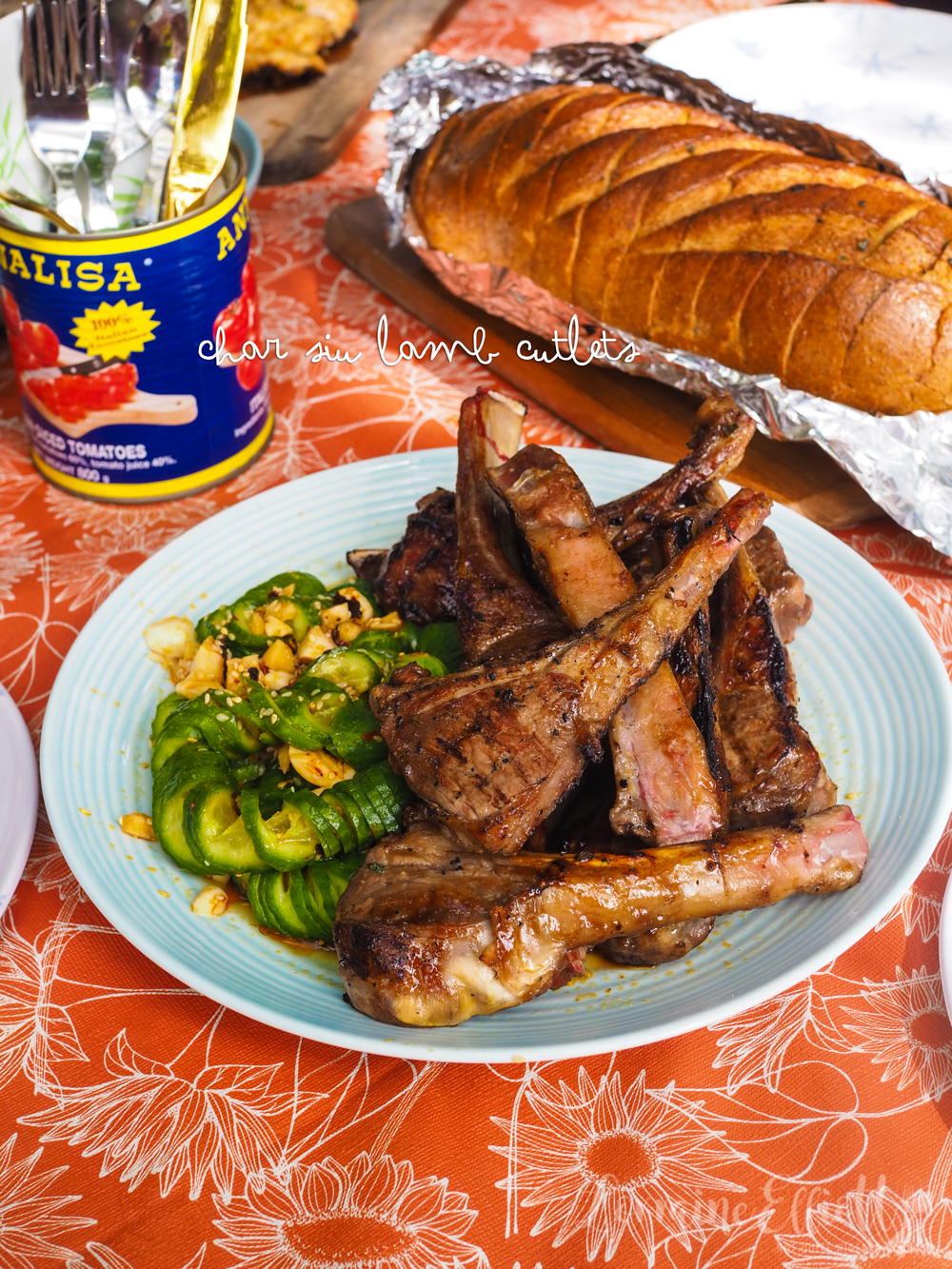 Lamb Cutlets are so easy and faster to cook and giving them a char siu flavour makes them even more luscious! This is so easy and it is barely a recipe and yet it was so delicious I couldn't NOT share it with you! Make these for your next summer barbecue and watch them disappear! This is a pushy recipe for lamb lovers Dear Reader!

I love lamb ribs and cutlets - any meat on the bone is always better because you get the flavour from the bones and I love gnawing on the bones afterwards. Lamb cutlets are also a cut that you don't need to do much to and they cook ridiculously quickly too - you really have to watch them when you cook them as they cook so quickly.

In Australia we call this cut lamb cutlets but in America and the UK they call it Frenched lamb chops or rib chop. We also have the cut lamb loin chop which is another cut altogether. Frenching is when the lamb bone is trimmed and the amount of Frenching done is reflected in the price. The more Frenched the bone (ie the more trimmed it is of fat) the more expensive the lamb will be because of the amount of work needed by the butcher. You can French the lamb yourself, all you need is a sharp paring knife and time. Another way is to use string. Since I made these for an informal barbecue I didn't trim these further but if you were having a nice dinner party you might want to. 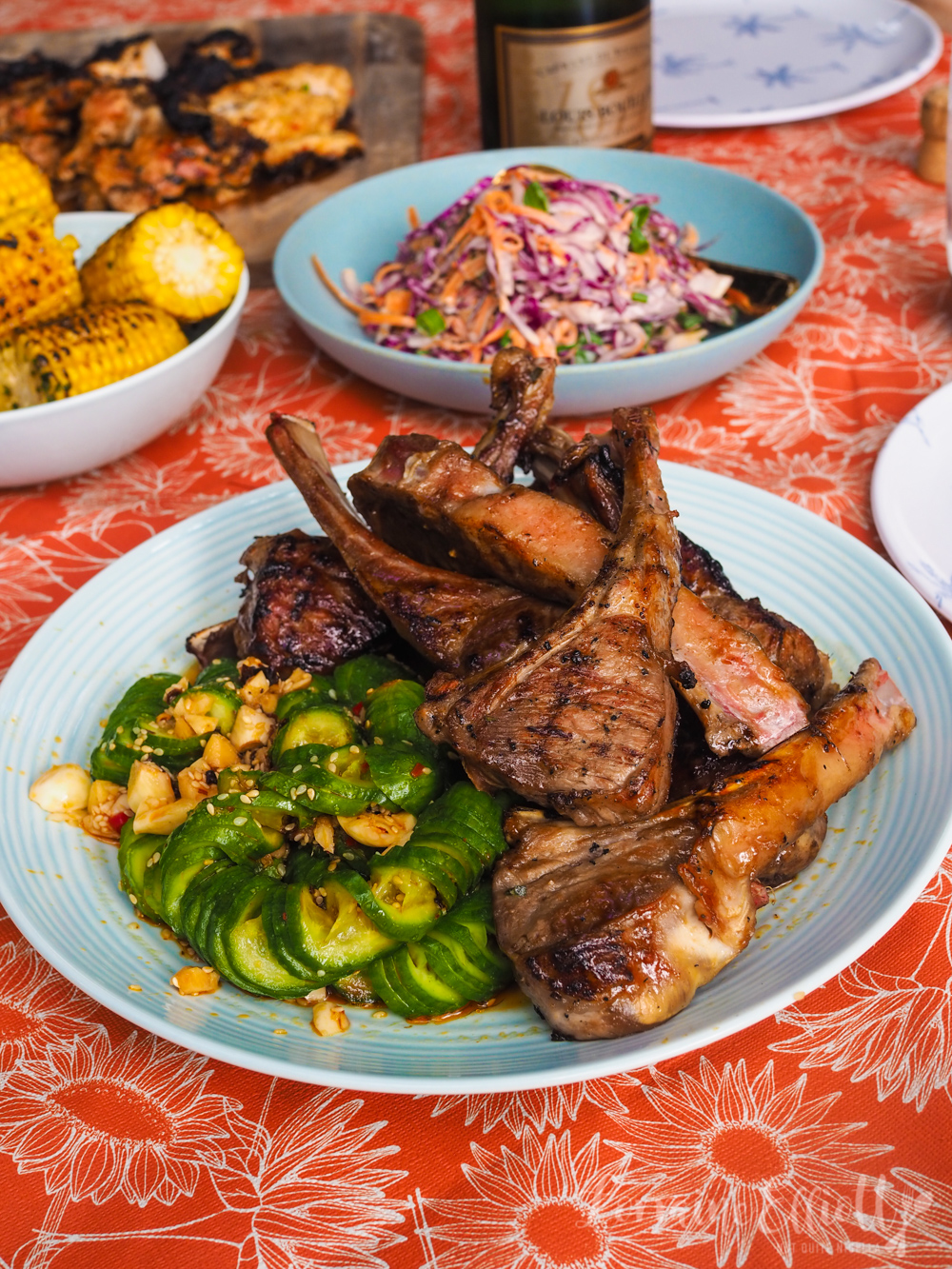 Although char siu is usually made with pork, pairing it with lamb isn't strange at all, it works with lamb perfectly as the sweetness from the char siu sauce works beautifully. Use a store bought char siu sauce, It's easily available at the supermarket or at Asian grocery stores. These are also versatile: you can cook them on a barbecue, oven grill or in a frypan. 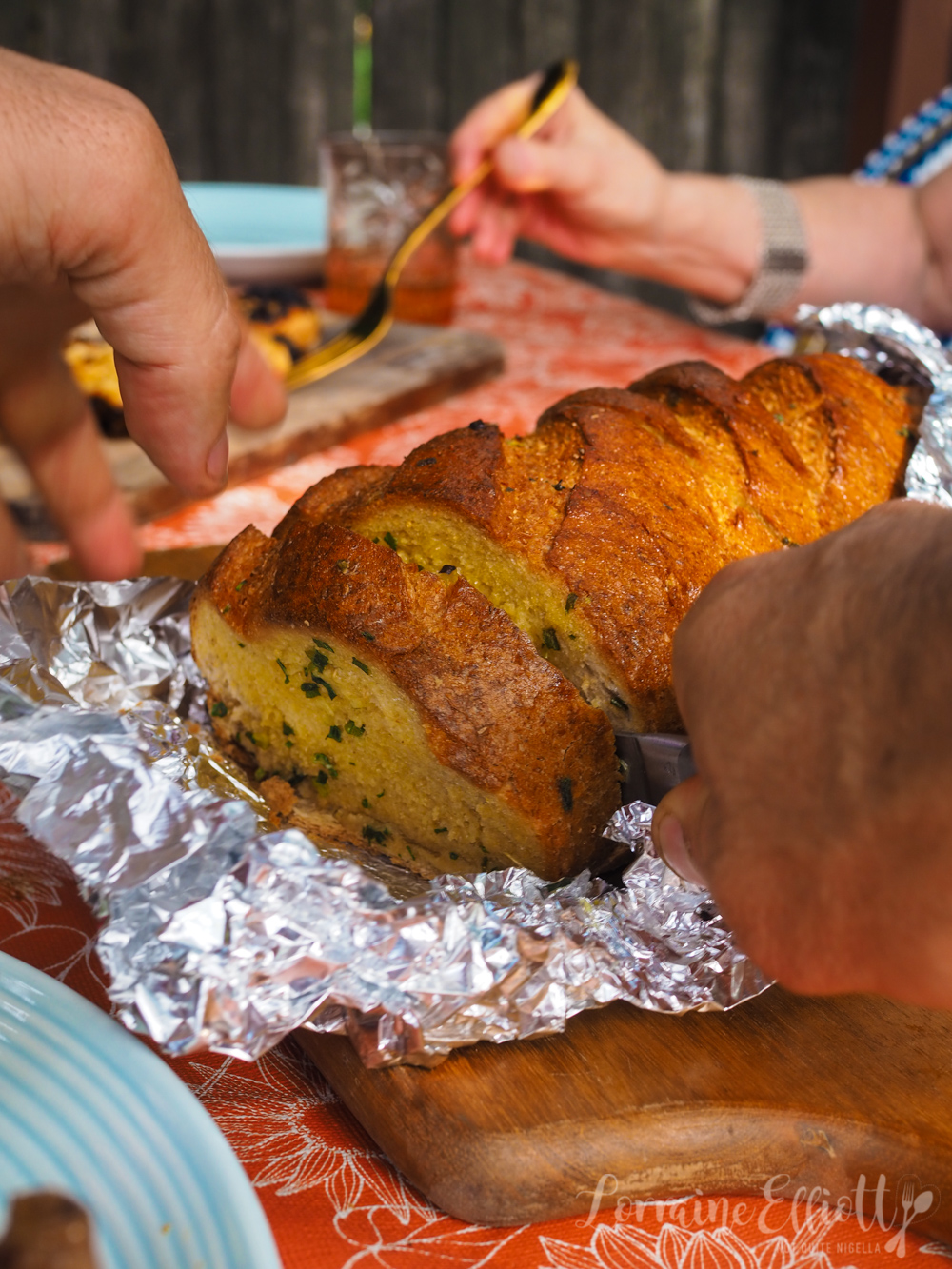 I served this at a barbecue with Queen Viv and Miss America on New Year's Day on a plate with spicy garlic and chilli cucumbers. They were the perfect accompaniment to the char siu lamb cutlets. I also made charcoal grilled chicken, garlic butter corn on the cob, coleslaw and garlic bread. Mr NQN was in charge of the barbecue which I thought was a nice turn of events because I'm usually the one at the stove.

I was quite worried about him overcooking the lamb cutlets as they cook so quickly. I watched him as he sat back and drank a beer. "Honey don't forget, 2 minutes per side," I said to him but he put up his hand and told me that he had it covered. I think you can probably guess that the first lot were very overcooked. It also wasn't helped as Teddy grabbed a lamb cutlet from the tray on the table and started to drag it off. I mean is it really a barbecue until your dog tries to steal some meat? 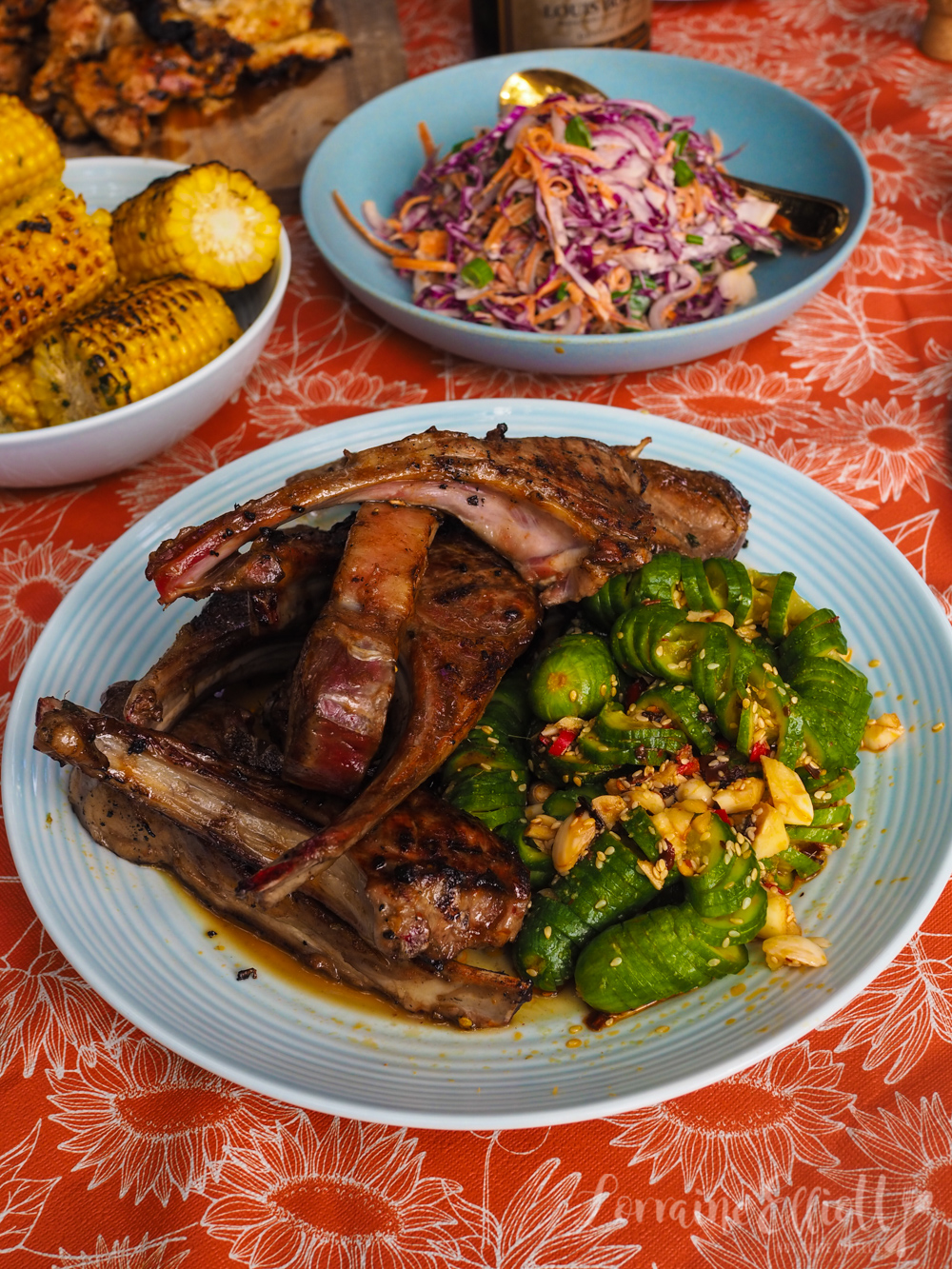 I took over the second lot and turned them after 2 minutes. Mr NQN did that sound of sucking air through his teeth, "You're turning them too quickly," he advised (oh the confidence of men and how they forget who cooks 99.9% of the time!). The lamb cooked at 2 minutes on each side was perfectly pink inside with a nice char on the outside and he was forced to literally eat his advice. A part of me wonders if the overcooked lamb was him trying to do a not great job so that he won't be asked again to do it or if it was genuinely a mistake!

So tell me Dear Reader, are you good at barbecuing? What do you serve at barbecues? Do you prefer pink or well done meat? 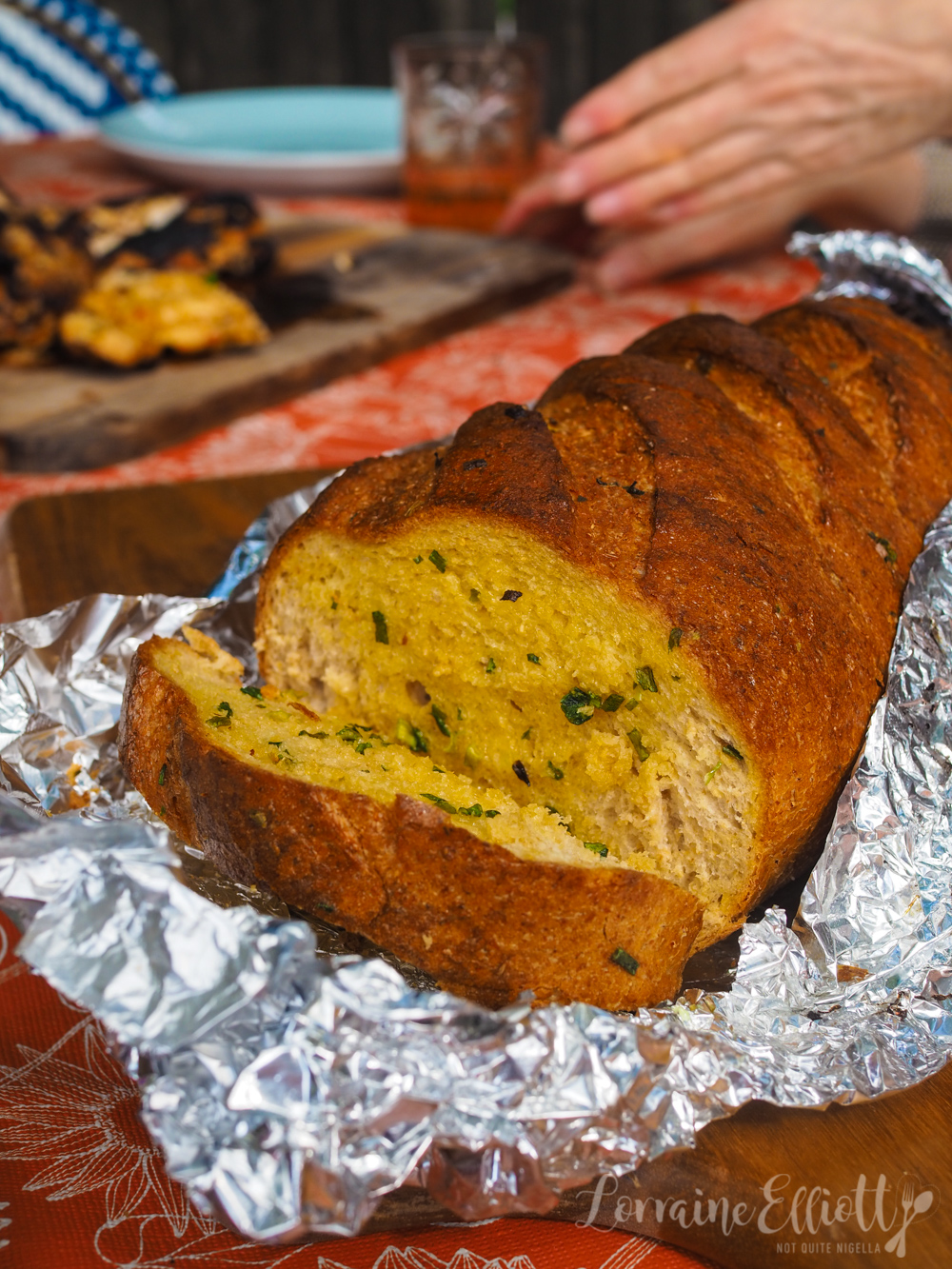 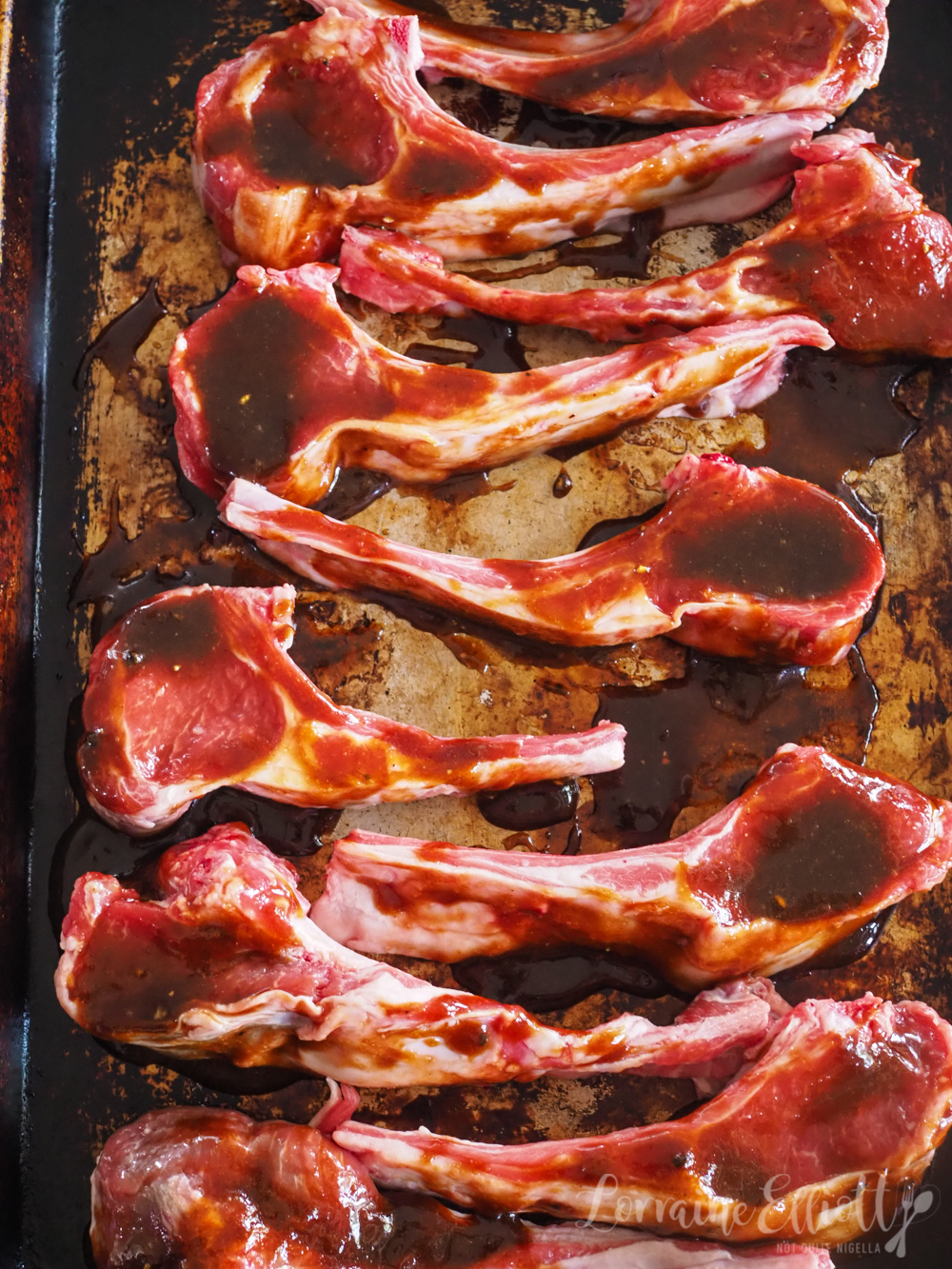 Step 1 - Mix the char siu sauce, oil, garlic, sugar, salt and pepper together in a bowl. Baste the lamb cutlets on both sides with this (get some sauce on the strip down the side but avoid the part of the bone that people can pick them up with) and sit at room temperature for 30 minutes. Heat up the barbecue, grill or frypan and cook the lamb. For lamb cooked pink in the centre grill or pan fry for 2 minutes on each side. For well done lamb cutlets grill or pan fry for 5 minutes on one side, then 3 minutes on the other. Lamb cutlets cook very quickly so keep an eye out on them if you want them pink in the centre. 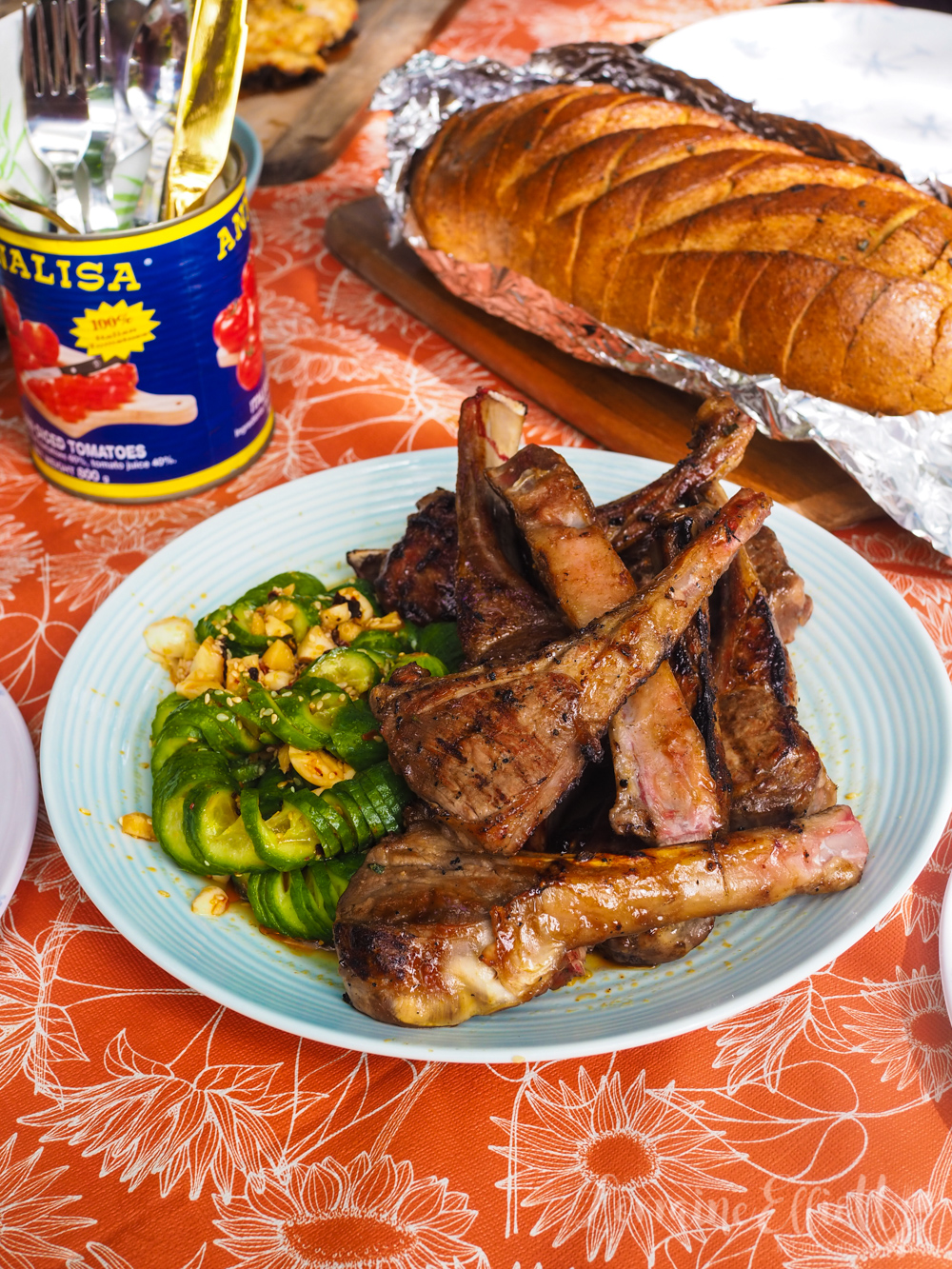