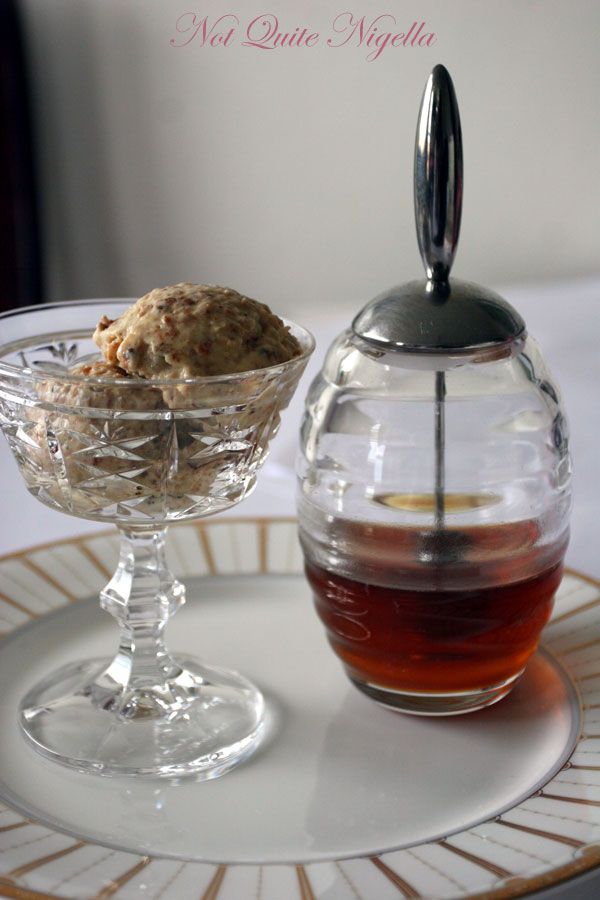 I would imagine that you probably had a rather puzzled look on your face, much like when I first saw this recipe title. From the Borough Market book I received for Christmas it is one of the recipes that caught my eye, not only because I happened to have a loaf of neglected wholemeal in the fridge which was consistently being bypassed in favour of the seed filled loaf. I was determined to give the wholemeal loaf a more dignified, glorious ending for which this recipe seemed to be perfect. And like all of my ice cream recipes you do not need an ice cream maker although the recipe in the book gives a version with and without. 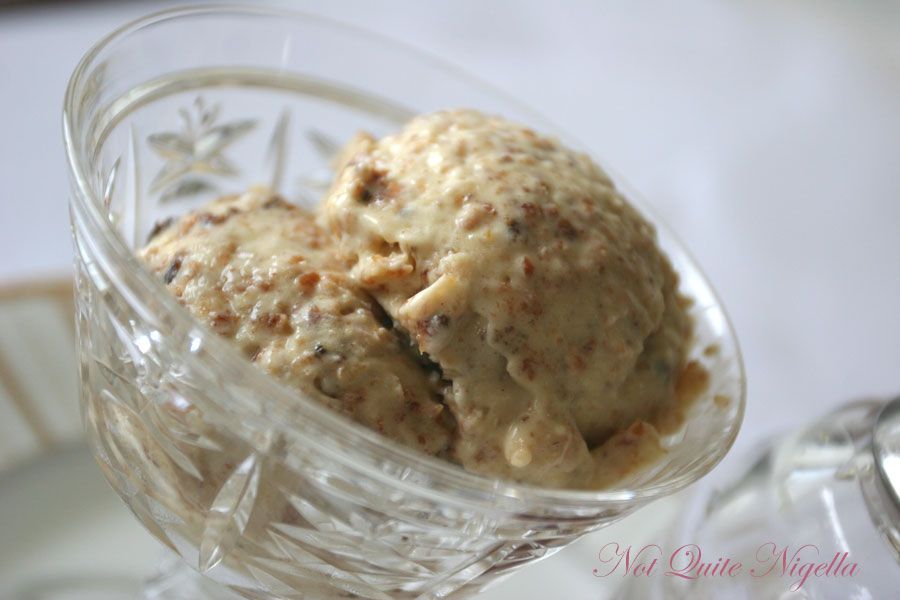 What's really superb and unusual about this is that it does indeed taste of the sweetest honey laden buttery toast. There's no trickery or trying to guess what's in it and even after freezing, if you eat it straight away, it still retains some of that glorious toasty crunch and its particularly good with moist fruit cake or plum pudding.

Step 1 - Whisk eggs with the icing sugar until doubled in volume and pale yellow, then add the honey. Whisk double cream until it forms soft peaks and stir into egg and sugar mixture and pour into container and freeze. 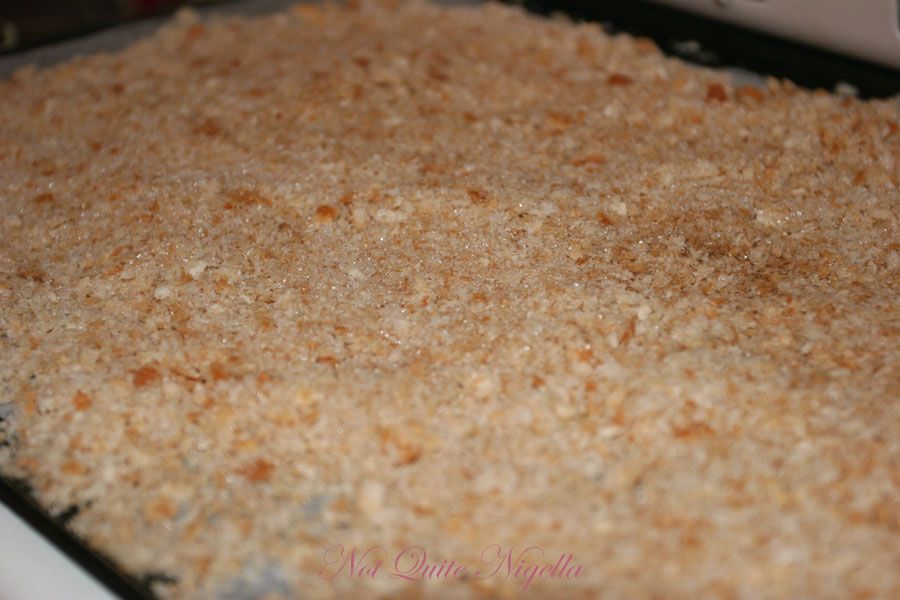 Step 2 - Meanwhile mix breadcrumbs, demerara sugar and cinnamon on a baking sheet. Place under a hot grill for about 2-3 minutes, stirring occasionally, until the sugar melts and starts to turn golden. Leave to cool and set. Once cool, break up the caramel.

Step 3 - After freezing for an hour the mixture should be setting and showing ice crystals on top. Remove and stir in the breadcrumb caramel. Then put it back into the freezer. Repeat the stirring procedure 3-4 times

Recipe from The Borough Market book 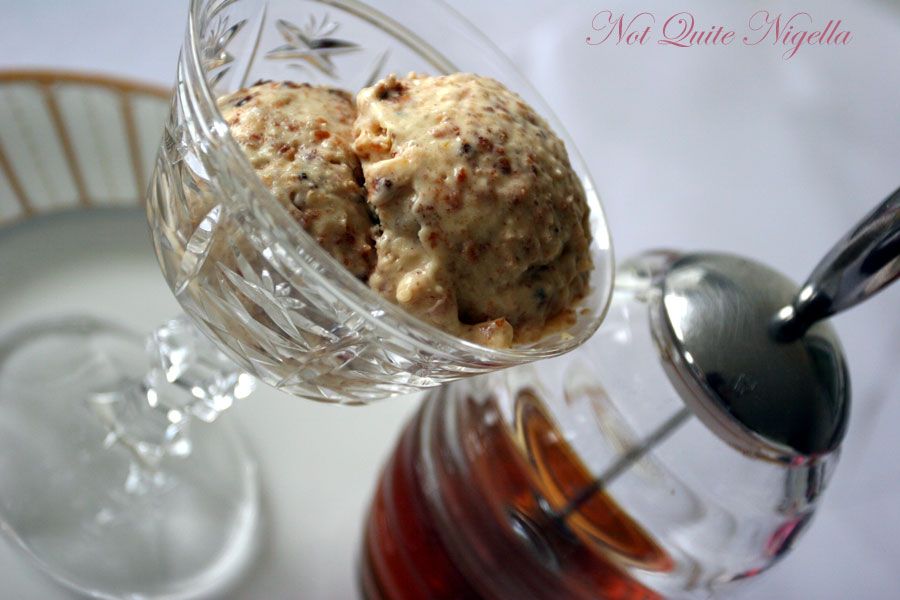