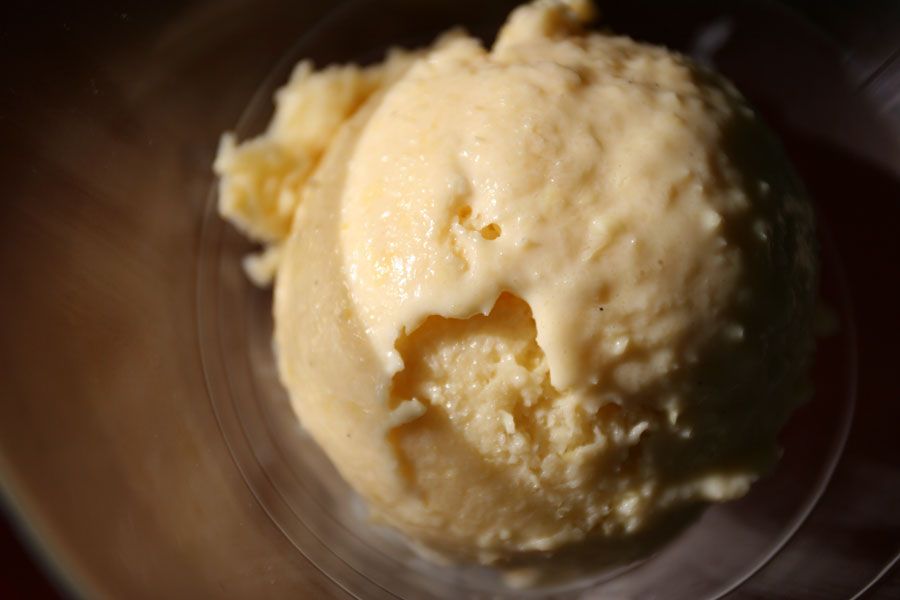 Now stay with me, its not as bizarre as it sounds. Sweetcorn ice cream is a staple in Singapore where I have many good memories eating this unusual velvety ice cream. Hard to describe, the ice cream doesn't actually taste very corn-ey and by no means does it feel like you're eating a vegetable flavoured ice cream. 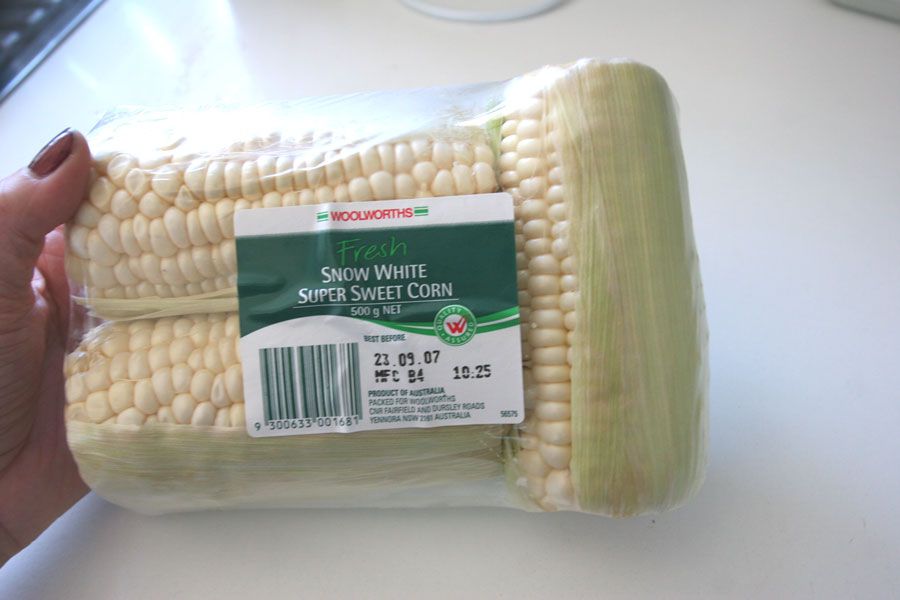 I used white corn for this as its naturally much sweeter and creamier and I thought that it would lend itself better to the ice cream than regular corn although regular corn is used in commercially made sweetcorn ice cream. White corn is a hybrid and tastes super sweet and creamy, like its already seasoned and buttered. Try some and you'll see that you don't need to add butter, salt or pepper whatsoever to it.

I've found white sweetcorn quite reliably in my local Woolworths in Neutral Bay and its only $1 or $2 more expensive than regular sweetcorn for a pack of three or on the day I happened to buy some, it was the same price. The good thing about this recipe is that you don't really need an ice cream maker as you use cream, not milk and when you use milk you tend to get more ice crystals which you need the ice cream maker for. 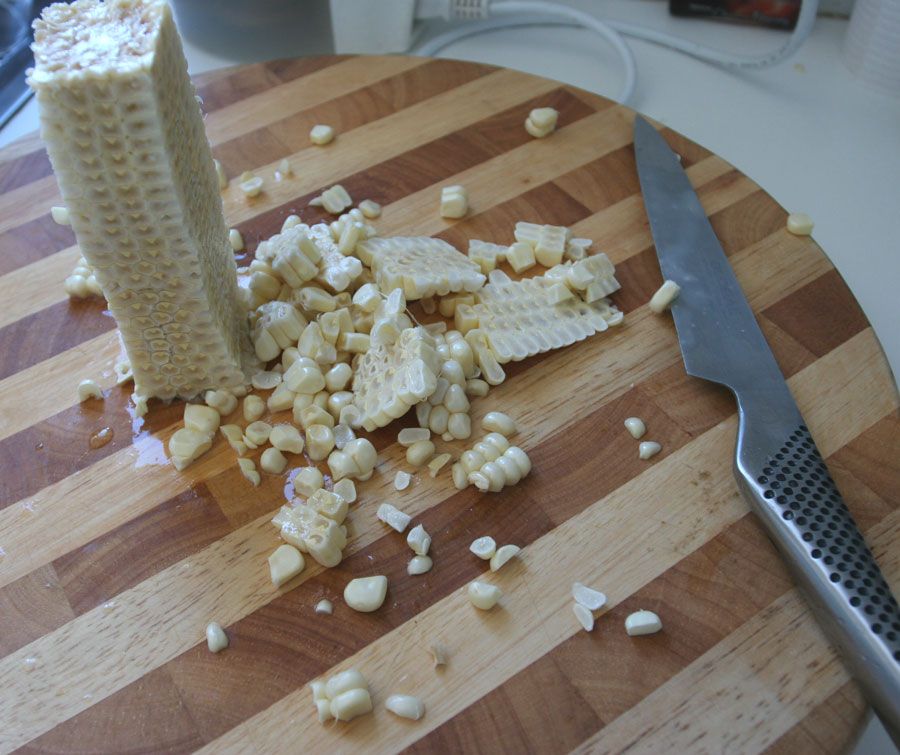 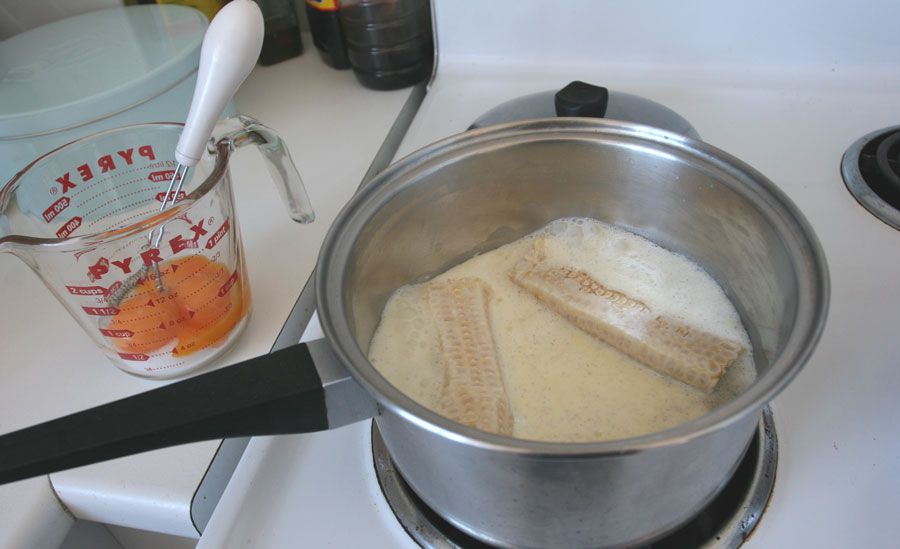 Step 2 - Whisk the egg yolks and 1/3 cup sugar together in a bowl until pale yellow. Slowly whisk the eggs and sugar into the hot cream mixture on a low heat for 1 minute, until it coats the back of a spoon. Stir in the vanilla bean paste (don't do this in Step 1 like I did or most of the paste will stick onto the corn cobs once they're removed). 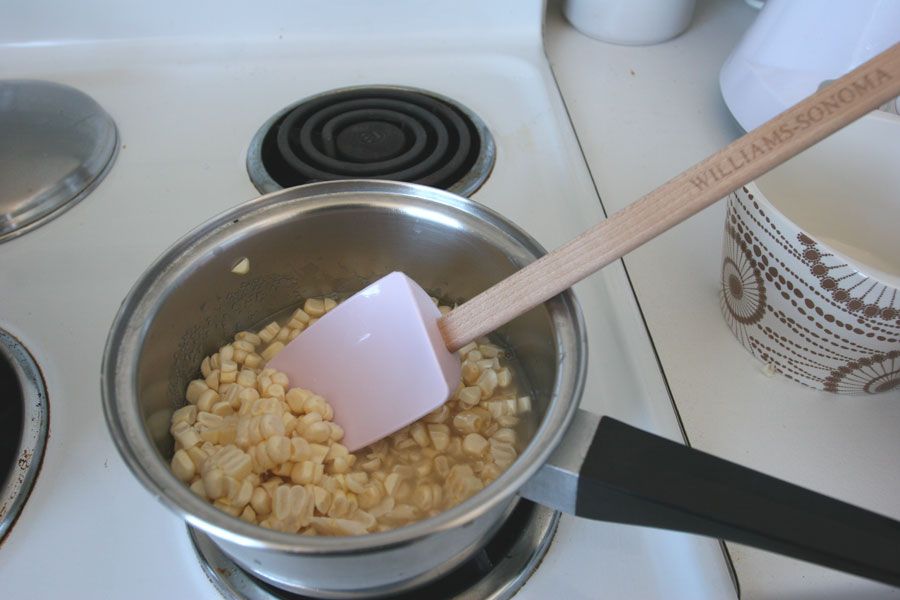 Step 3 - In a small saucepan, bring 1/2 cup water and the corn kernels to a simmer, cooking until kernels are soft, about 15 minutes. Remove from heat and add the corn mixture to the custard. Stir in milk powder and coconut essence. Place in a blender and process until corn is broken down. 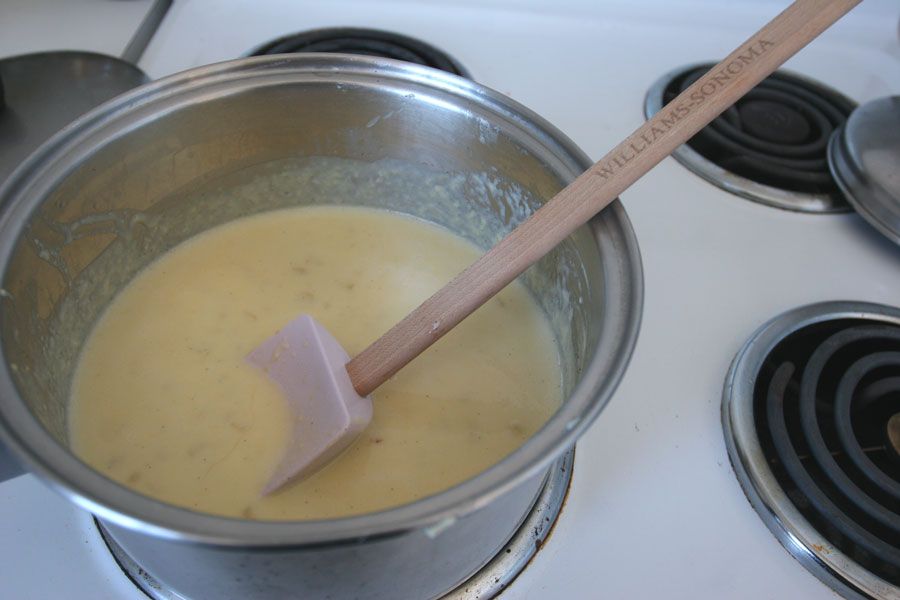 Step 4 - Allow it to cool in a bowl with a piece of plastic wrap against the top to prevent a skin from forming. When cool, place in freezer or process using ice cream maker.

P.S. Even today, when I am on holiday somewhere in Asia and I see a tub of sweetcorn ice cream in a supermarket I always buy a tub and keep it in the tiny hotel room room freezer compartment for a late night snack. Inevitably the freezer doesn't freeze very well and it ends up in a soft semi frozen state but that just happens to be the way I like my ice cream. 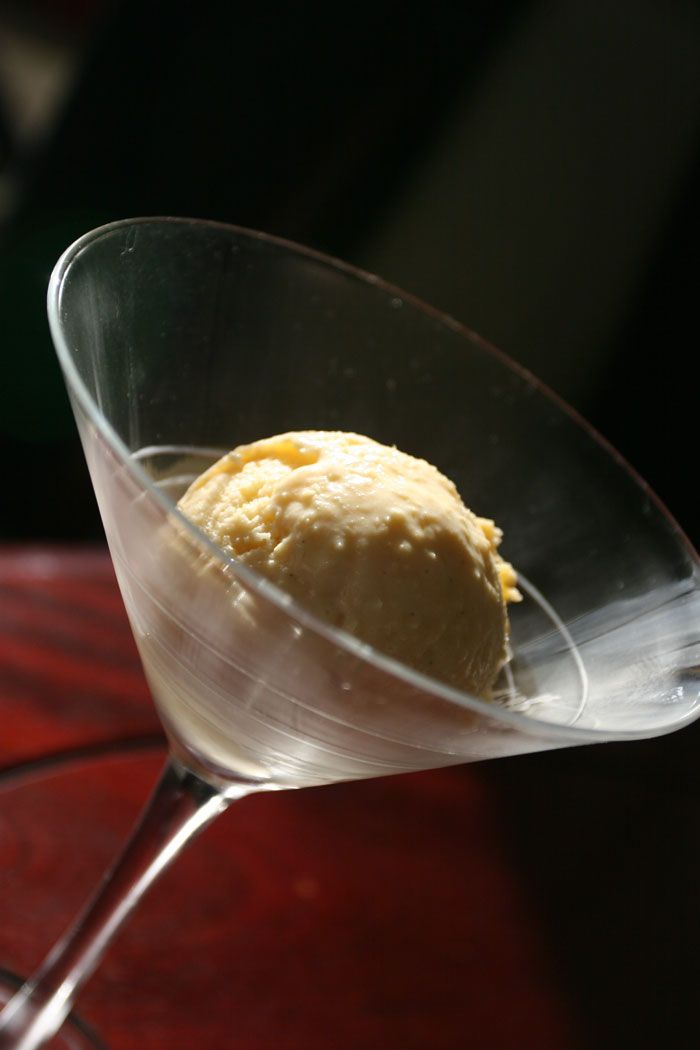