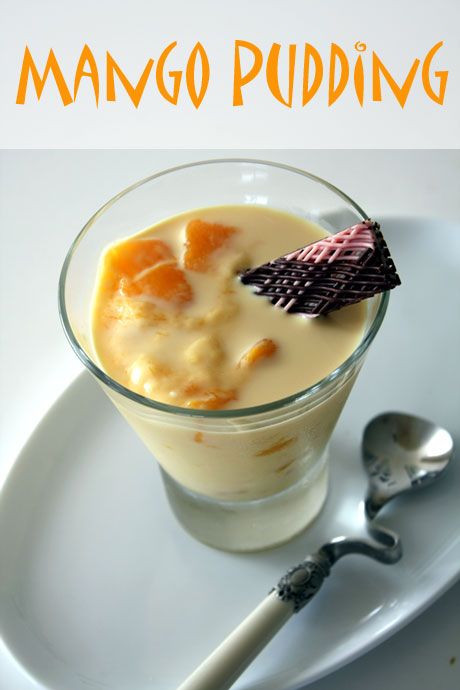 My husband is a Mango jelly fiend. In fact he is a fiend for anything jelly like which I've often spoken about before. His love for jellied and wobbly things extends to the sweetened tofu dessert also served at Yum Cha and I have a very vivid memory of when we first met and taking him out to Yum Cha at Regal in Chinatown and letting him loose on the desserts there. He racked up about $30 worth in just desserts alone.

I've never known how to make it but when I was watching Food Safari on SBS sometime last year during the dead of Winter, I saw this recipe for Mango pudding made by Rosetta Lee from Kam Fook. I stashed it away in my subconscious waiting for Mango season to arrive. And when it did, in Summer of course, I bought some delicious mangoes and made this very easy dessert. 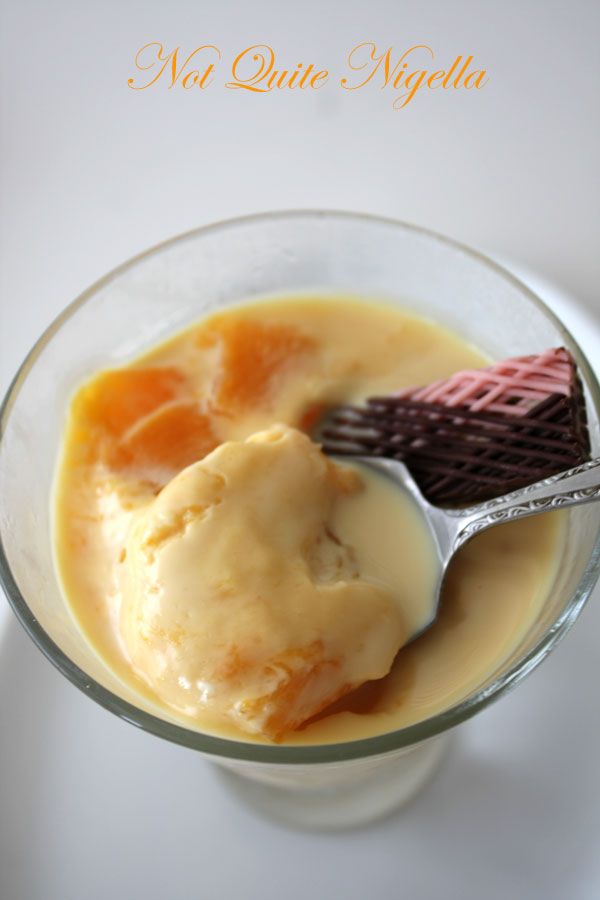 The hardest bit would probably be in the making of the mango icecream but of course you could just buy this easily enough.If you are making your own, make the Mango Ice Cream first and while it's churning, you could get the rest of it under way and ready for the final combining in a bowl. Also, and this is handy if you're like me and hate wastage, a 375ml/13.3floz tin of evaporated milk is exactly what you need if you make the ice cream. And don't pfaff about washing up after making it as I did as it sets pretty quickly so pour it into the cups straight away (which explains the top not being perfectly smooth). It's not as lurid orange as some are (I assume either from colouring added to the pudding or to the ice cream) so if you want to get that bright orange you can use colouring although my thinking is why use it if you don't have to?

Of course the "traditional" way of serving this is in a plastic cup but I didn't want to quite go all the way in authenticity when I had glass handy. And the verdict? Should you ever find yourself with a $30 Mango Pudding bill at Yum Cha and a husband asking for more, this is a fantastic version. I asked him, hopeful, whether it was as good as the Yum Cha version and after thinking for a bit, he declared it even better! 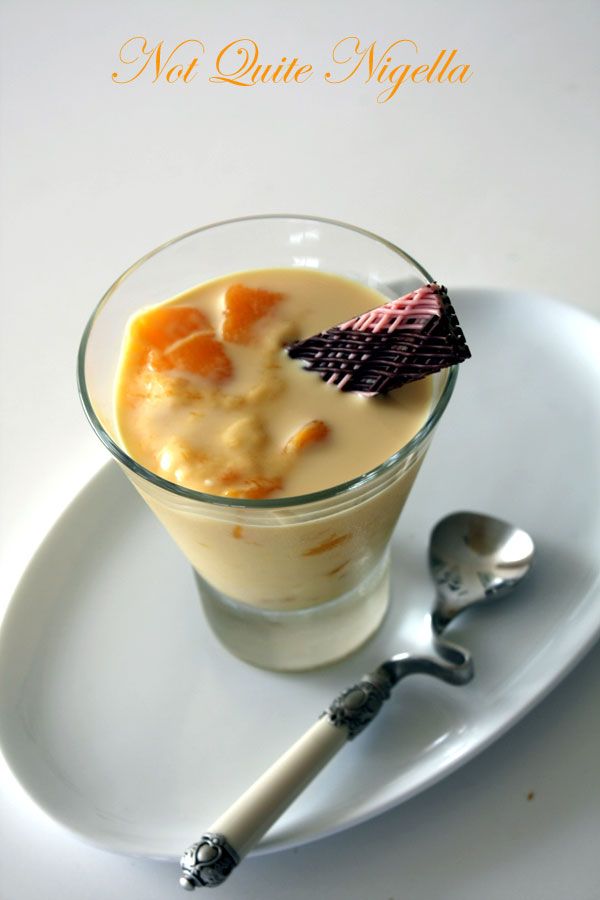 And one final plea. Not Quite Nigella has been nominated in two categories for Well Fed Networks awards. Thankyou so much for the wonderful people that nominated me and those who have voted for me

If you haven't voted yet and would like to do you can click through on the links below. I thought I had a chance but sadly it seems that I am not doing so well so I think I need all the help I can get! :) 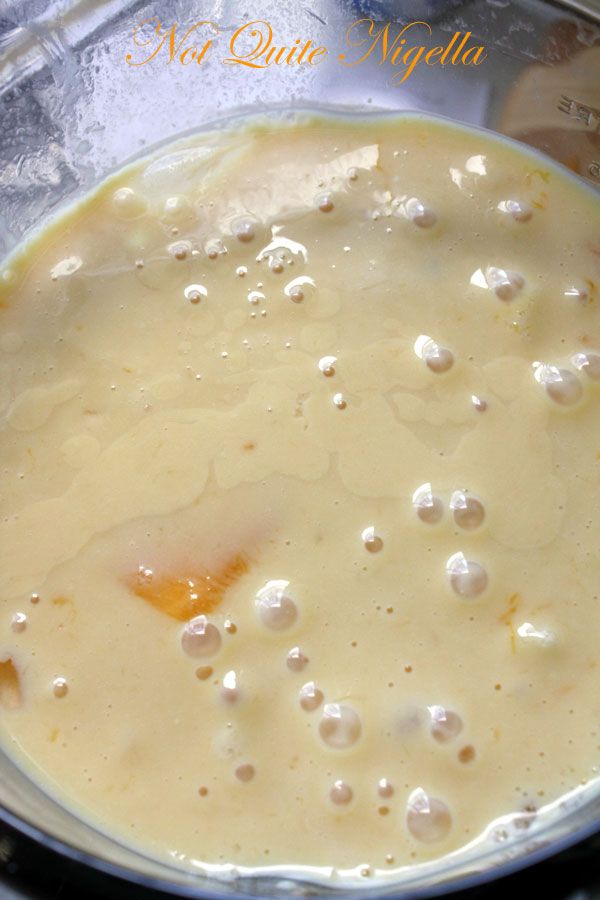 Ladle into bowls or glasses immediately and chill for about 2 hours until set. Pour a little evaporated milk on top and serve.

Step 1 - Place all ingredients except for cream in a blender jug and whizz until smooth. Stir in cream (although you don't have to do this too well if you're using an ice cream maker as the churning will mix the cream in).

Step 2 - Place in an ice cream maker and churn for about 25 minutes. It will be of a soft serve consistency which is perfect for what you want. 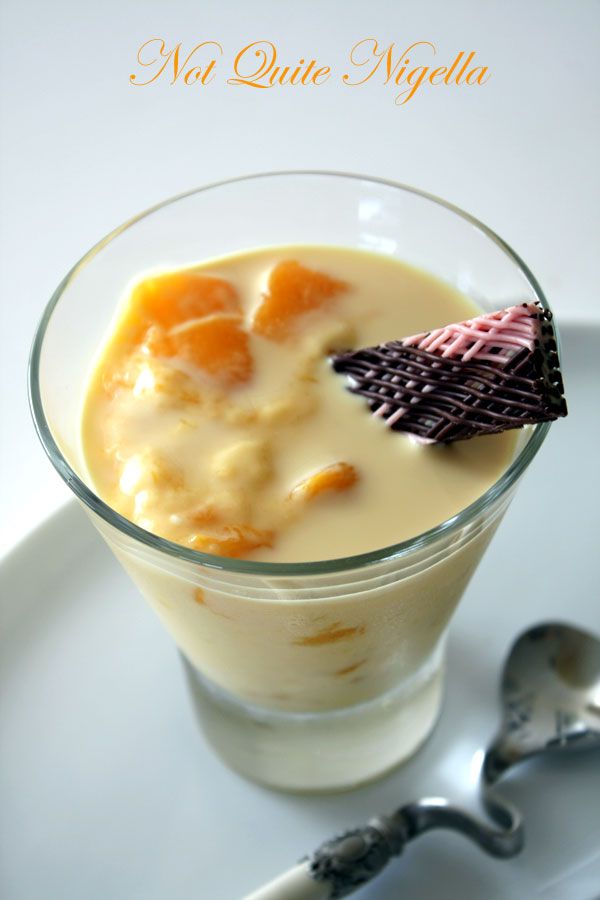