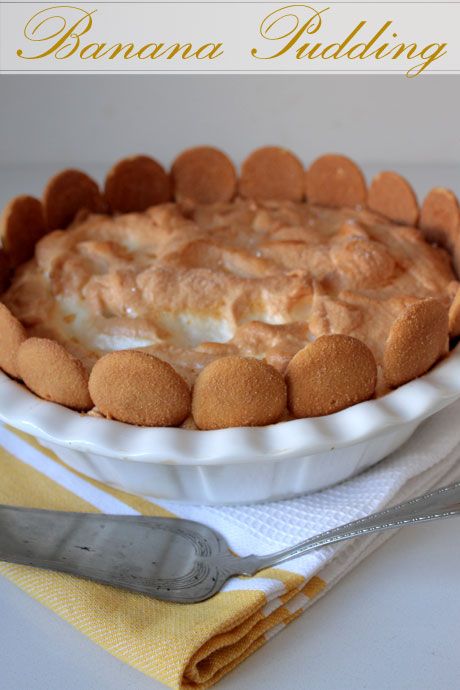 I've always had one job in mind for myself should I exhaust all of the options at my immediate disposal (which are quite frankly just two jobs: advertising and blogging). I am, I must confess, completely obsessed by packaging of things. That obsession sparked off a spending spree a few years ago of buying perfume and makeup and when I last counted I had spent $10,000 on makeup and didn't even realise it.

Like a child I didn't care about what was inside it but I cared about the packaging. I admired thick paper, embossing, the thickness of the plastic sleeve, gilt edging and thoughtful details. My friends would often say "Why don't you go work for a cosmetics company?" and I'd laugh while secretly wondering what sort of job spec that would be. "Admirer of packaging?" or "Box aficionado?". Like a collector I saved all of my favourite boxes and it was only when we moved that I realised that I had a problem. When I realised how much I had amassed, I sold most of it on ebay (completely unused and hey I still had the original boxes). Unless you work in a circus or on stage, there is only so much makeup you can use. The job of box aficionado never did eventuate. 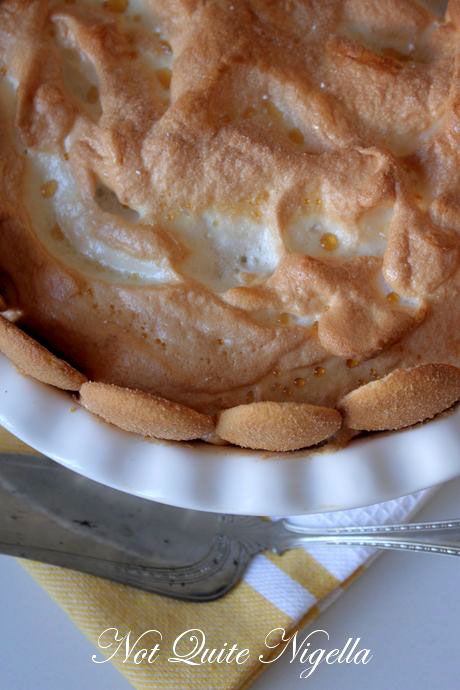 Another job that I thought that I wanted was that of a baker, until I actually did the hard yards. After that I swore off becoming a baker as a job as it is a lot harder than it looks. I've written about it many times but I used to make the desserts for South for a while. My favourite dessert there was the banana pudding and I never did the recipe for that as the owner was unable to source Nilla wafers which are essential for a banana pudding.

However I was lucky enough to receive a box of Nilla wafers from the gorgeous Faith from An Edible Mosaic. I won her Easter competition and she asked me if I would like anything from the U.S. I asked for some grits, Baconnaise and some Nilla wafers to make banana pudding. And lo and behold along with my wonderful prize were my lovely goodies (sans the baconnaise which was confiscated by customs but I later received some from lovely reader Jonathan). These wafers are completely different from the crispy wafers that we are used to that are often sandwiched with a strange, grainy buttercream. These are more like vanilla cookies, crispy most certainly but more cookie than wafer for Australians. You could substitute them for the Italian sponge fingers or any plain vanilla biscuit like Marie. 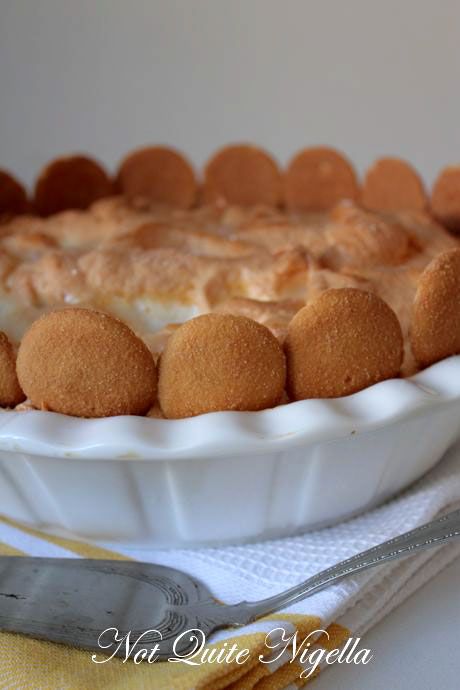 The only reason why I have stipulated that it is an old fashioned banana pudding is that because most modern day recipes seem to involve a measure of a packet of pudding. It's something I'm not particularly fond of not just because of the fact that I can't get the pudding mixture here but they have additives and things beyond what is necessary. This recipe is a combination of Nilla's and Maya Angelou's. I would have gone with Angelou's but I didn't have quite enough eggs for it. The result was an utterly moreish dessert worthy of pinching late at night when everyone is asleep. Eaten from a plate or straight out of the bowl. Your choice.

So tell me Dear Reader, what is your fantasy or backup job? 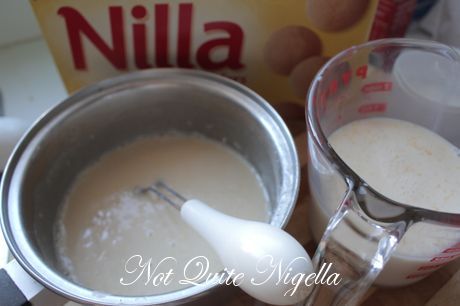 Step 1 - Preheat oven to 350F/180C. Mix the 1/2 cup of sugar with the flour, salt. Beat in egg yolks. Stir over low heat. Heat milk in a separate saucepan or in microwave until medium to hot and gradually pour the milk in whisking the entire time so that it thickens and becomes a custard. Remove from heat and stir in vanilla paste or extract. 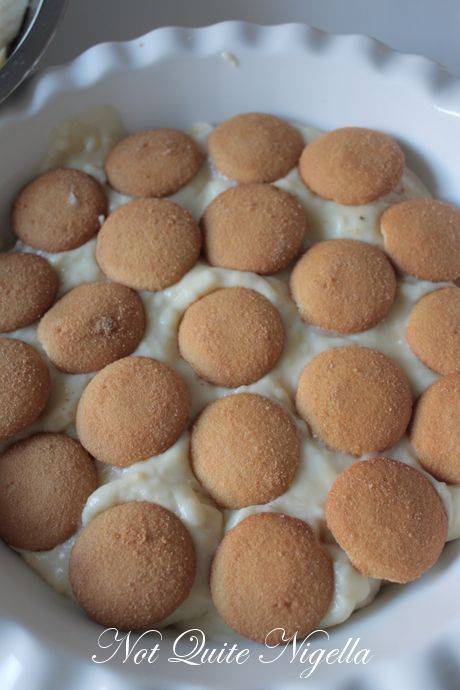 Step 2 - Sort through your wafers and leave the best ones out for the garnish. Spread a little custard on the bottom of a pie dish (or you could do these as individual puddings). Cover with a single layer of Nilla wafers not overlapping and then sliced bananas. Repeat until you have two layers ending with a custard layer (you will do two layers of cookies and bananas but three of custard). 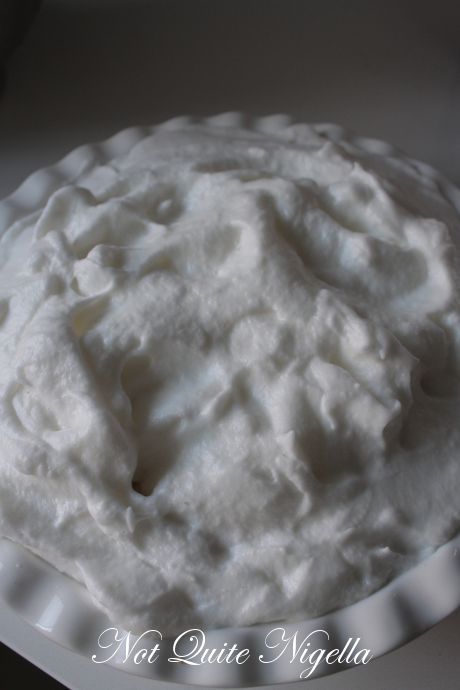 Step 3 - Beat egg whites on high with an electric mixer until soft peaks form. Then add the remaining 1/4 cup of sugar and beat until stiff peaks form. Spoon this over the custard layer making sure to reach the edge so that there aren't any gaps at all. 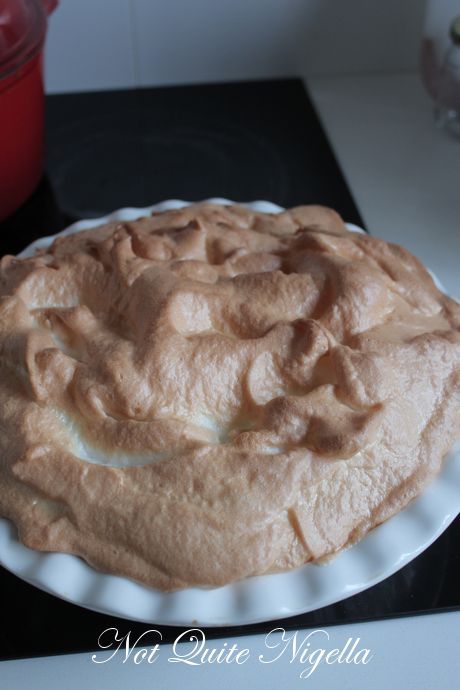 Step 4 - Bake for 15- 20 minutes or until lightly browned. Cool and place plate in fridge overnight to chill and for the cookies to get soft. Add final wafers around the edge just before serving. 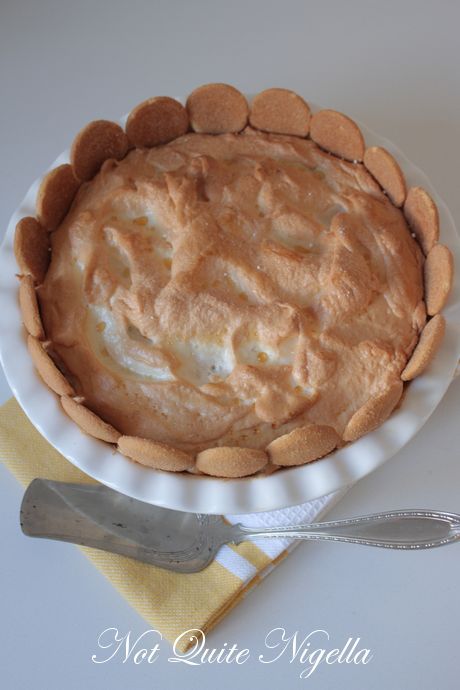