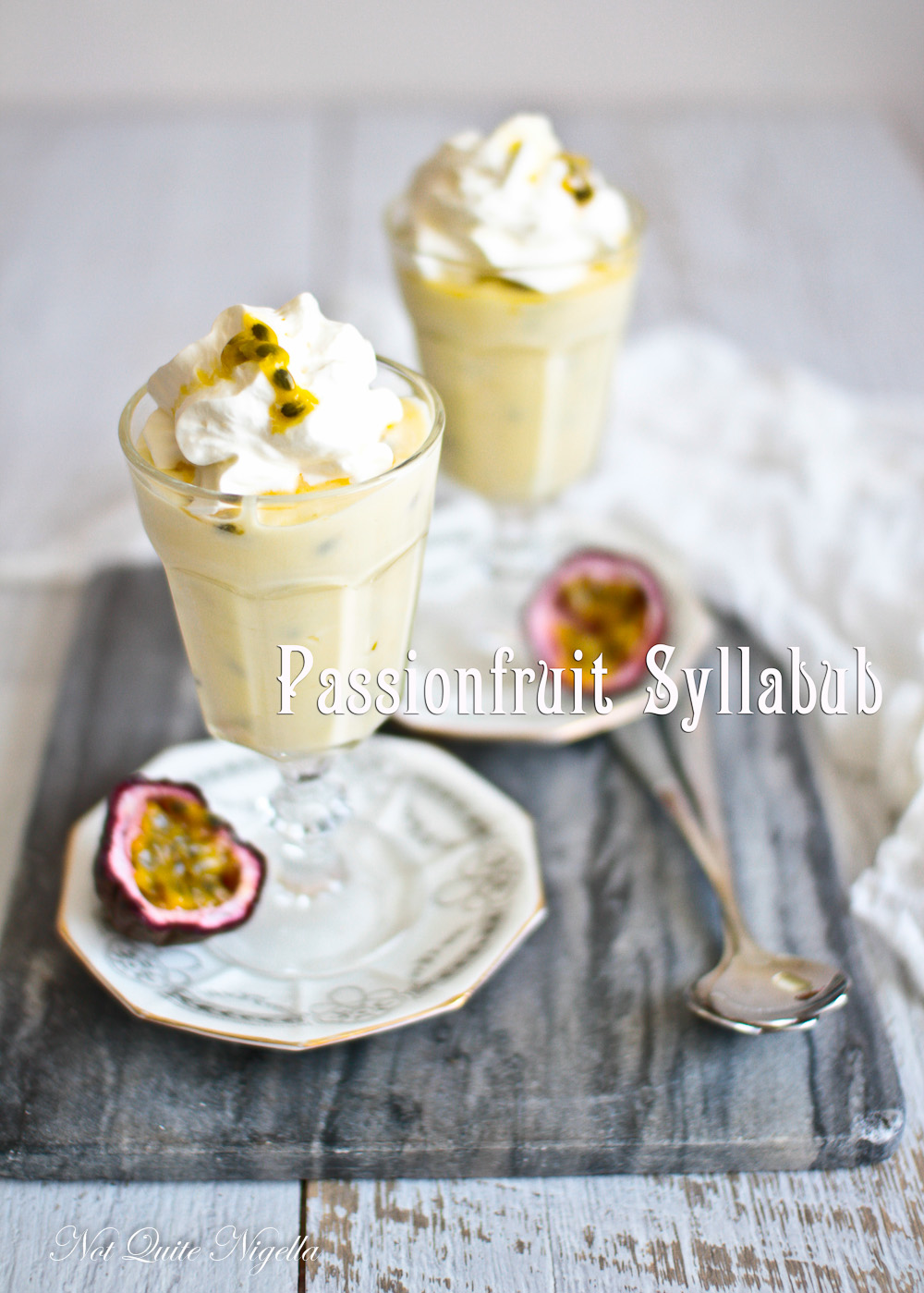 Fruit, whipped cream and wine? What's not to love about a syllabub? They're more a British sort of dessert, often not seen on menus here. And best of all a syllabub can be made using just four ingredients!

The history of syllabub reaches back to the 16th century. It can be served as either a drink or a dessert or something in between. It doesn't always have a lot of fruit, usually just lemon juice and it certainly doesn't usually have white chocolate with it. Traditionally it's a simple affair with sugar, cream and wine whipped to form a dessert or drink.

We've been in our apartment for about 8 years now and every summer has been hot but bearable but this summer has seemed even more stifling than normal. I mean I love hot weather but it has been unbearable. So this year we got air conditioning installed. 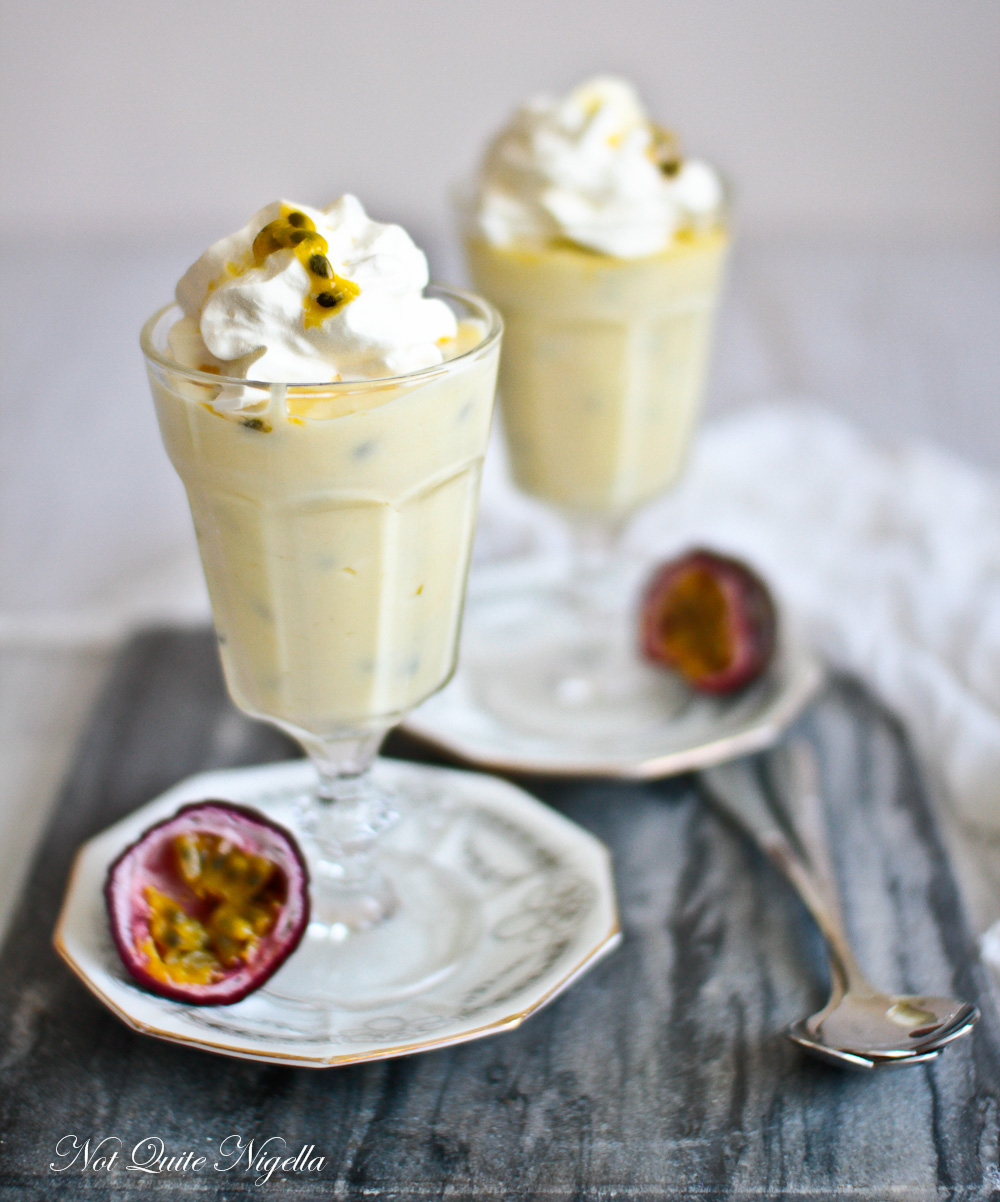 Before we had it installed I had to time my cakes very precisely according to the weather. The reason why there are so few macaron recipes is because a. I hate making them and b. they don't work in humidity and Sydney is terribly humid. And then there was the time I tried to make a chocolate smash cake four times and it melted. I tried remelting the chocolate time and time again and it would simply collapse. It was the closest I came to a cake breakdown (you know the kind of breakdown where you collapse weeping with your face lodged in a cake failure).

I was so excited about the air conditioning. And I am that person that turns it off as soon as I enter a hotel (unless we're in Thailand or South East Asia etc). But it's nice to get that cool blast of air and we just switch it on for 10 minutes and then it cools everything just perfectly. And it makes things like whipped cream desserts a cinch to photograph! And come Winter, we'll do the reverse!

So tell me Dear Reader, do you have air conditioning? Do you feel as though this year was hotter than ever? Have you ever tried a syllabub?

Serves 2-4 depending on size of cup 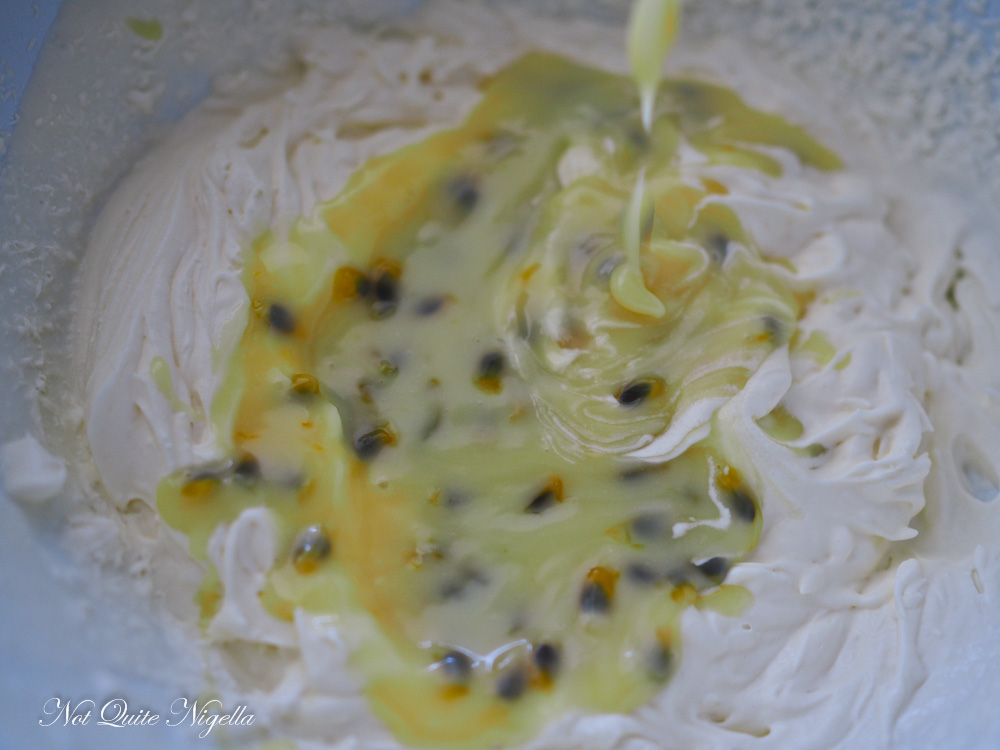 Step 1 - Melt the chocolate in a double boiler or in a microwave. Add in 75ml/2.6fl ozs of the cream and stir until smooth, then add the passionfruit. Stir and allow to cool completely.

Step 2 - Whip the remaining cream until you get soft but firmish peaks and then reserve a little to dollop on afterwards. Then add in the white wine and then the white chocolate passionfruit mix. Serve in glasses and decorate with a dollop of the cream and a little passionfruit. This can be made a few hours ahead of time.