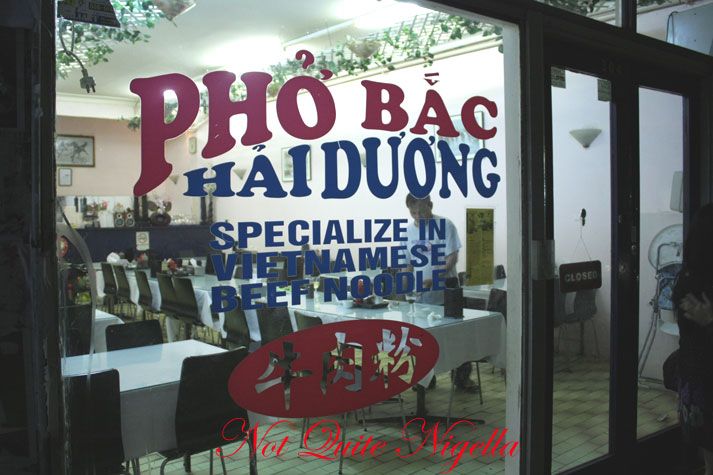 At the risk of quoting Austin Powers in Goldmember, when I see the smiling face of the man at Pho Bac Hai Duong, the first thing that one notices is, aside from his smile, is the mole on his face and the good 2-3 inches of hair growing from it. In Vietnam, it is said to be unlucky to trim the hair from a mole and having hairy mole is said to be good luck - indeed the longer the hair, the luckier you are. And with a full restaurant every night, perhaps he is. 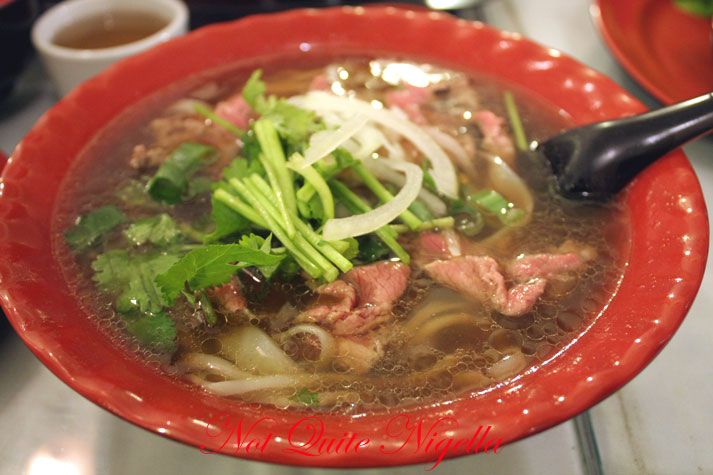 The Pho is where we are feeling lucky, and the broth is said to be amongst the best in Sydney with the flavour deep reaching with a dizzying array of spices and herbs with star anise featuring prominently. Tonight we're dining with The Second Wife, Gravy Beard, Tess, Naomi and Francesca. And the most popular vote is for their signature dish, Pho Tai - the raw beef noodle soup. The menu is full of the usual delicious Vietnamese offerings like Crispy Pancakes, Bun and Pho but there are also offerings like a Sea Snail Noodle Soup (I so wanted to order this but I chickened out going for something more familiar and recommended to me). Surprisingly, there's also an offering for Pho with Free Range Chicken for $10. 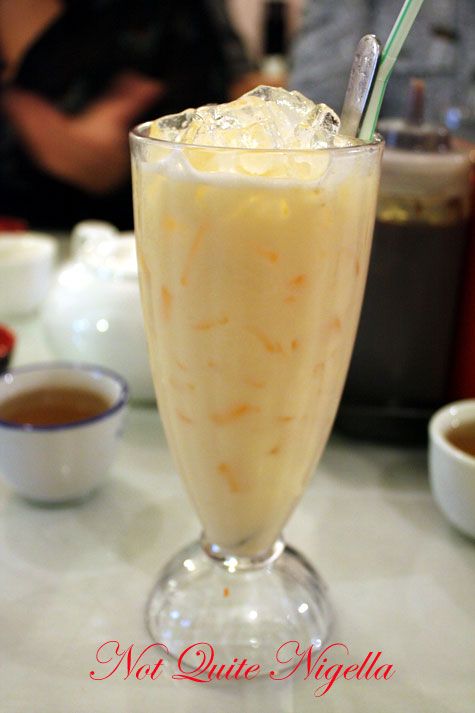 My drink is the Milk and Soda with egg yolk which I buy out of curiosity hoping that it will be good. Luckily it is good - like a sweetened condensed milk with soda water with a slight tinge of yellow from the yolk. 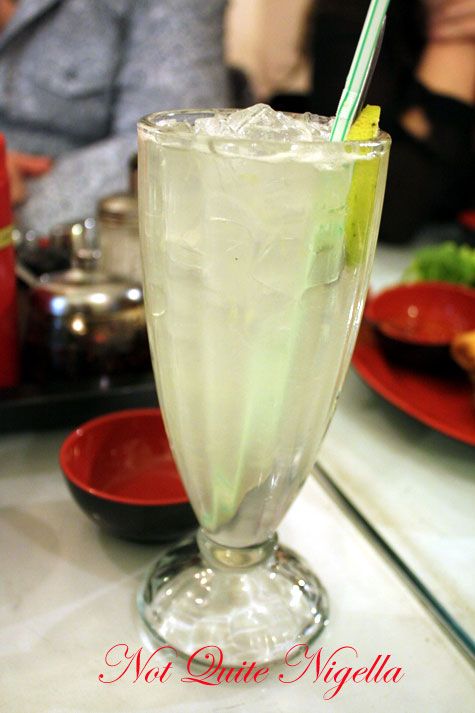 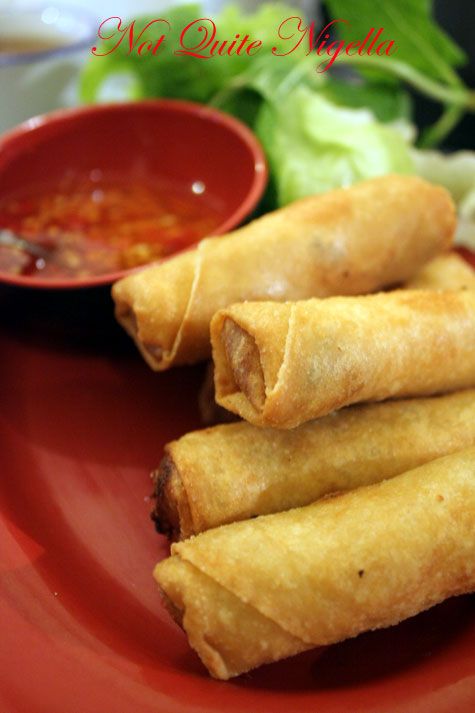 We start with some Spring Rolls-the Second Wife tells us that they're better than the fresh ones and she ought to know, being a local and a regular here. These are crunchy and delicious. 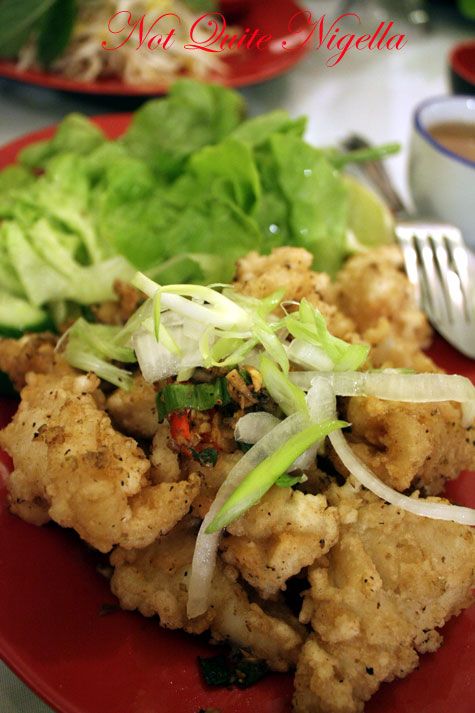 One of my favourite items to try ever is the salt and pepper squid. It's slightly chewier than I've had but it is well seasoned and eaten greedily by moi. 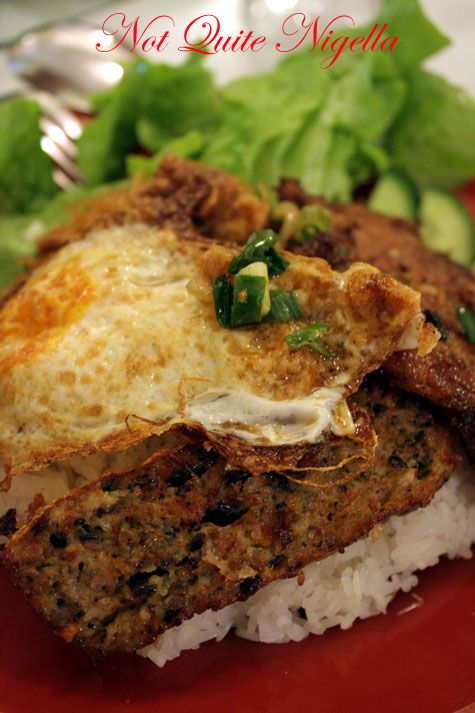 My plate is a mysterious mix of layers that I can't wait to discover. There a fried egg on top, a slice of a meatloaf and a grilled pork fillet. It's all sitting on a bed of "broken" rice which are when the rice grains are broken when rice is milled. It's delicious and whilst I leave the rather forlorn looking butter lettuce leaves, I eat every last piece of the rest of the dish. 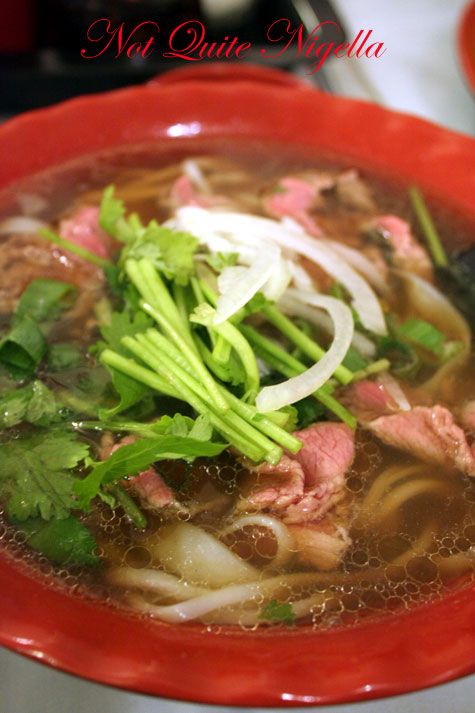 Large red melamine bowls make their way out from the kitchen and everyone digs in. There are nods and murmurs of contentment. My husband is a Pho enthusiastic, if not quite the expert but what he lacks in Pho experience, he makes up for in enthusiasm. The soup is delicious,much more flavoursome than the other ones I've tried before and the delicious aroma of star anise is the prominent flavour here. 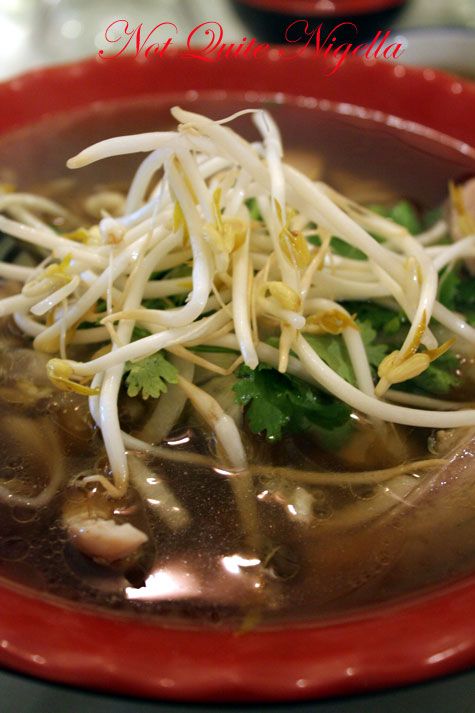 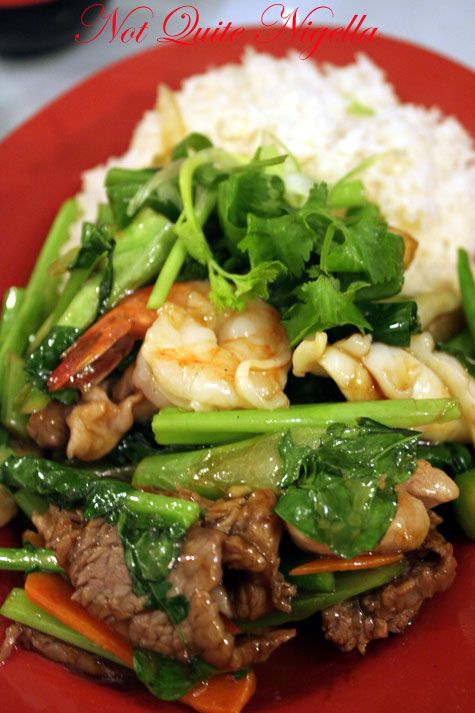 It's time to close so the owner dims the lights, in hope that people will leave but the restaurant is still a third full. He then brightens the light noticeably perhaps in the hope that we'll go then and then the music is turned off. We leave at that point, raucously happy at the good company and good food. And no hair protruding mole between any of us.