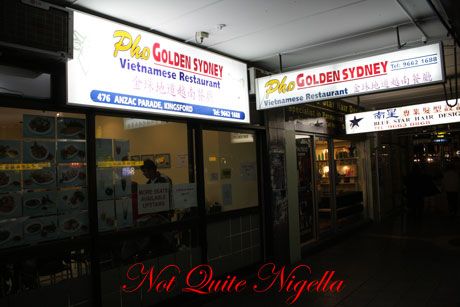 A while ago with two of us ailing (Mr NQN and I) eating out wasn't such a pleasure. Sure I knew the flu would hit me eventually but I don't think I've ever really been disinterested in food. This flu however (and not even Swine Flu) had knocked us about and so when  lunchtime rolled around I'd sip a cup of honey and lemon water and could not be bothered to make anything. That's how I know that I am sick. 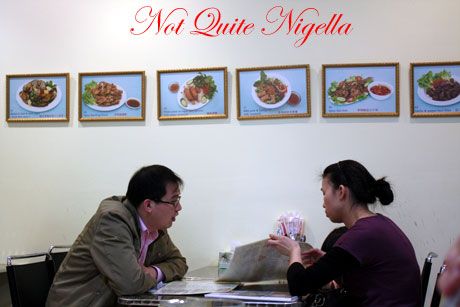 After the requisite time lying about, my sense of smell and taste returned but my throat was still sore so we thought that a Pho place would be a good place to eat. We had walked past a Pho place in nearby Kingsford so one night, we went with Rose and Ronald for a quick bite to eat. 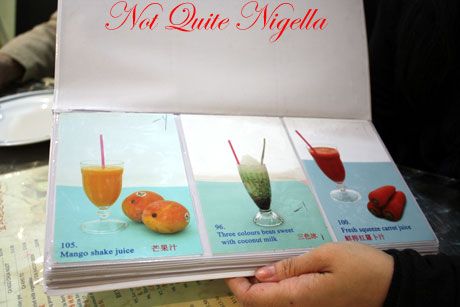 It's early - read 5:30pm but it's a Sunday and we want to rest about before a long week so an early dinner it is. We open the sliding door and are shown our table by the very friendly couple. We're given our menus, a large laminated double sided menu as well as a photo album of all the food! We chuckle and spend much time matching the food to the numbers on the menu. There are Vietnamese dishes, some Cantonese dishes and a t- bone steak rears its head too (I thought most places had done away with the "Australian option").There are some $8 lunch and diner specials which are marked with red marker and some of them would have been the ones we would have wanted to order so we go for those. We're told the 4 dishes we have ordered aren't quite enough so we order another. 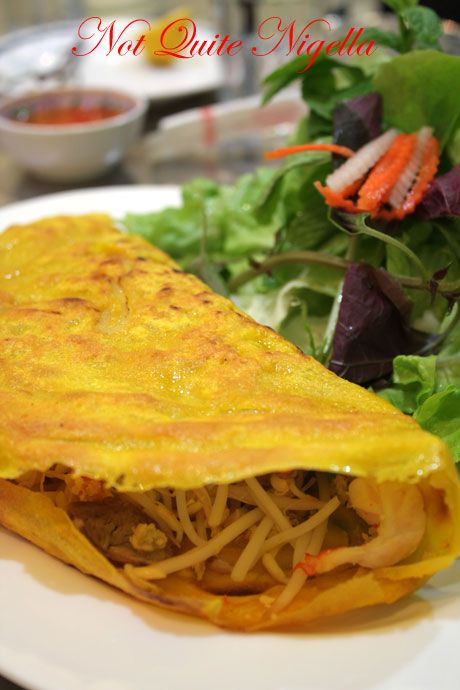 The Vietnamese pancake isn't bad, it's crispy for sure but misses the finesse of the Bay Tinh one. It's filled with some prawns but mostly bean sprouts. 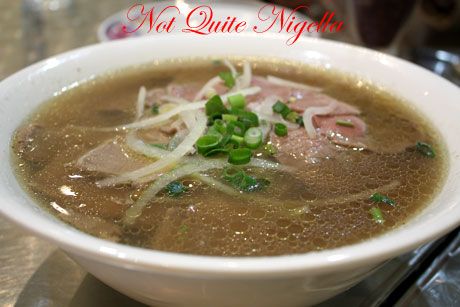 The pho has a rich, deep broth with star anise and other spices and is served in enormous bowls - probably the largest bowls we've seen thus far. The thinly sliced beef is delicious and tender and the spicy sauces that go with it give it a distinct tang. The only thing we'd be wanting is those deeper Chinese soup spoons as the metal tablespoons make savouring the soup difficult. 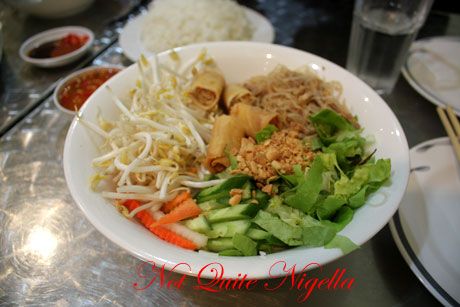 Bun is one of my favourite meals, especially in Summer as it's full of fresh flavours, salad and cold noodles. This is very good indeed with halved spring rolls, shredded pork, crushed peanuts and plenty of herbs and a lovely sweet dressing that you pour over it to soak into the noodles. 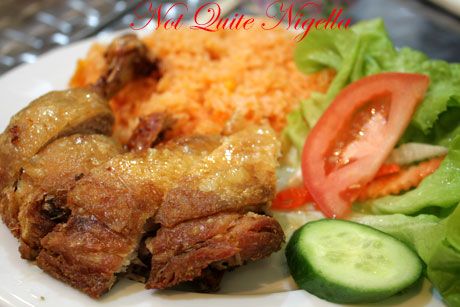 The 4 pieces of the chicken  are fantastic - so crispy and fresh and juicy inside. The tomato rice is good but not particularly wowing and I'm fixated on the chicken. 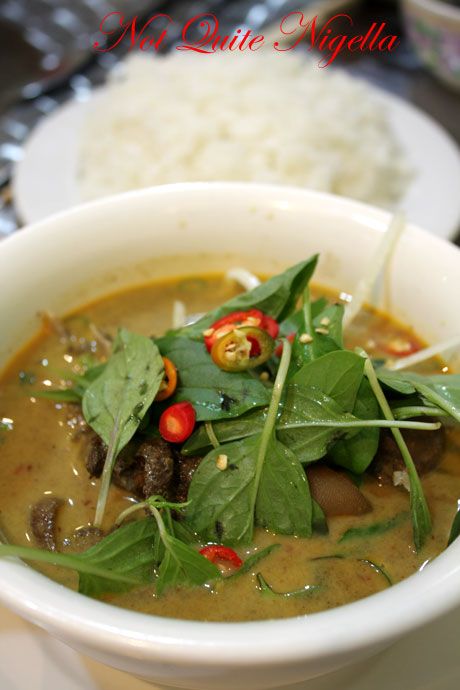 The curry is very spicy and the sauce for this is tingly and delicious but the meat is way too chewy for any of us. I fail at chewing on this and watch everyone else struggle before we give up. OK sometimes risky dishes don't work out! 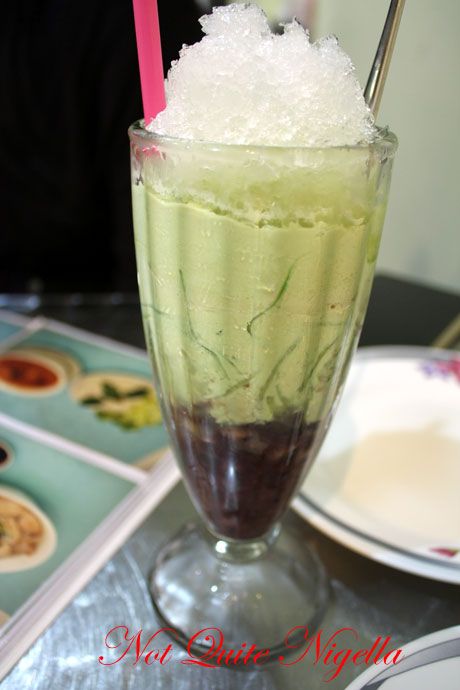 These are some of my favourite drinks with the sweet red bean and creamy coconut and they rarely go wrong. This is refreshing and so rich it's like a liquid dessert. 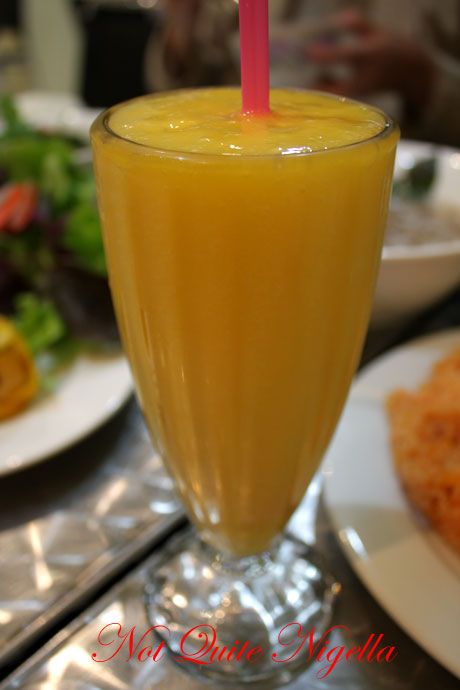 Surprisingly tasting of fresh or frozen mango we're glad  that it doesn't taste like the dreaded tinned mango. Mr NQN slurps away happily on this refreshing shake. Our throats feel better and even our stomach do, we swear.

So tell me Dear Reader, do you tend to eat more or less when you have the flu?