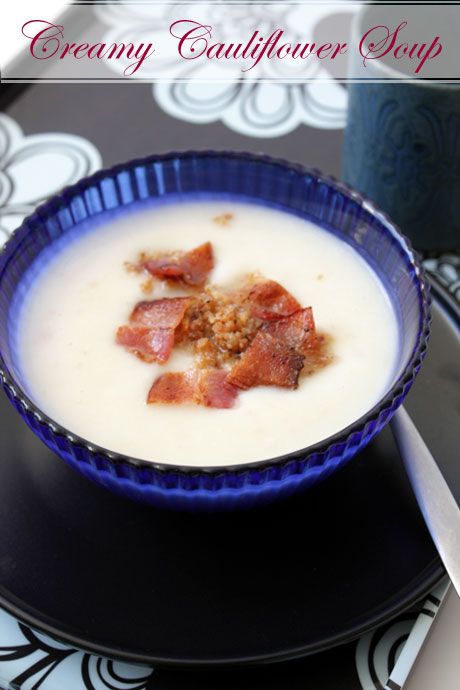 If I appear to be in the midst of a soup epidemic I plead guilty Your Honour. It's cold here and looking after a patient at home for the next week or so (Mr NQN) means that soup is a weekly feature. The routine is simple. I make a big batch of soup (the flavour depending on what is in season or what is on special that week) and I then serve it to him for lunch for the next 4-5 days. You see the thing is is that it needs to be easy because I'm busy tending to the world's worst patient. He won't put the laptop or his phone down and gets terribly bored even when he has a host of things to watch on tv. All he wanted to do was show his friends (and anyone with the stomach) photos of his post-surgery open wound and play with his gadgets. Typical boy.

Many of you asked what he was in hospital for. It was "bursitis" with a Staphylococcus bacterial infection. I shall briefly explain: your elbows (as well as the knee and shoulder) have sacs of fluid that float over them and they can get inflamed from rubbing or by infection. His was infected by "Staphylococcus aureus" and most likely from leaning his elbow on his work desk. Yes really! I know, I know... how incredibly innocuous and random. Not from anything as exciting or daring as underwater caving, discovering a Mummy's tomb or from hiking in the Amazon. It's mind blowing to think that the result of this is almost two weeks in hospital with surgery, two weeks at home connected to an infuser and antibiotics, and another two weeks after that on oral antibiotics.

So if I can suggest anything to you my Dear Readers, it's please keep your elbows off the table (mum was right!) and moisturise them. And despite the fact that it was exacerbated by his cracked elbows (men just don't care about moistursing their elbows do they?), he refused to let me put moisturiser on his good elbow. And this is when I'm not wrestling the laptop out of his bandaged arms (it's truly an amusing sight). He has kept his sense of humour though and laughed hard when I brought him a copy of Hemmingway's "A Farewell to Arms" but at times he does get cranky -case in point was the very last sentance he uttered was "I don't like French food" when I suggested lunch (yes it seems we've become Lou and Andy).

Anyway, back to the cauliflower soup. It's incredibly silky and creamy. There is only the smallest amount of cream in it and when you see that you can get so many serves out of it I hope that the 1/3 cup total of cream will not put you off. Do make sure that the soup is blended well which really aids in achieving the silky texture. I love the crispy crumb topping to give it a crunchy texture. However feel free to leave it off as I sometimes prefer it without it. But I never leave off the crispy bacon bits at the top- ever. 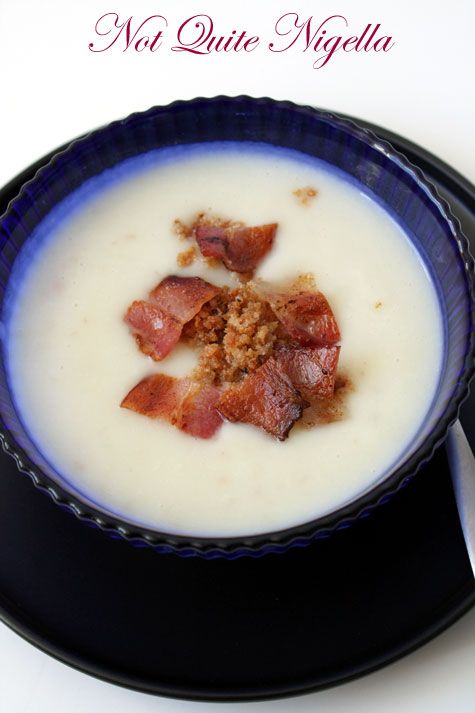 So tell me Dear Reader, are you a good patient or a bad one? Do you follow orders or are you defiant and rebellious?

Step 1 - Slice 2 of the rashers of bacon into smallish pieces-it doesn't really matter that much as it will be blended up. Cut caulifower into florets and bring to boil with the rashers stock and simmer for 30 minutes until the cauliflower is broken up and soft. 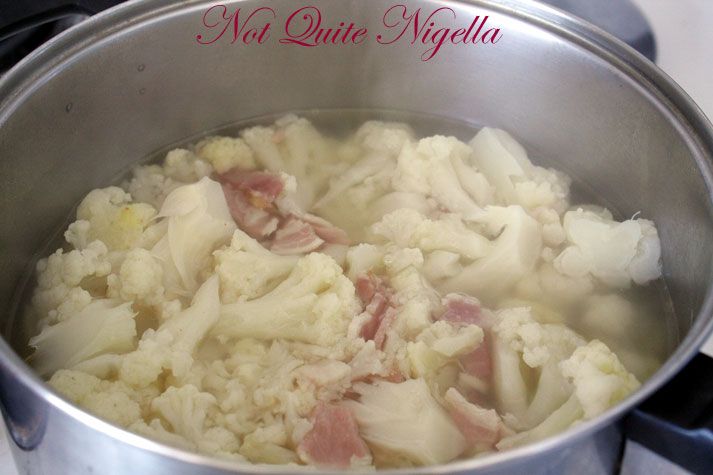 Step 2 - Meanwhile fry the remaining rasher of bacon - you don't need to add any oil to the pan as the bacon is fatty - and crumble or cut into pieces and set aside. Then using the rendered bacon fat, fry the breadcrumbs until golden (or clean the pan and use oil if you feel that this is too unhealthy).

Step 3 - In a blender, whizz the cauliflower soup in two batches with the cream until it becomes a smooth puree. Ladle into a bowl and sprinkle over with the crispy crumbs and crumbled bacon pieces.