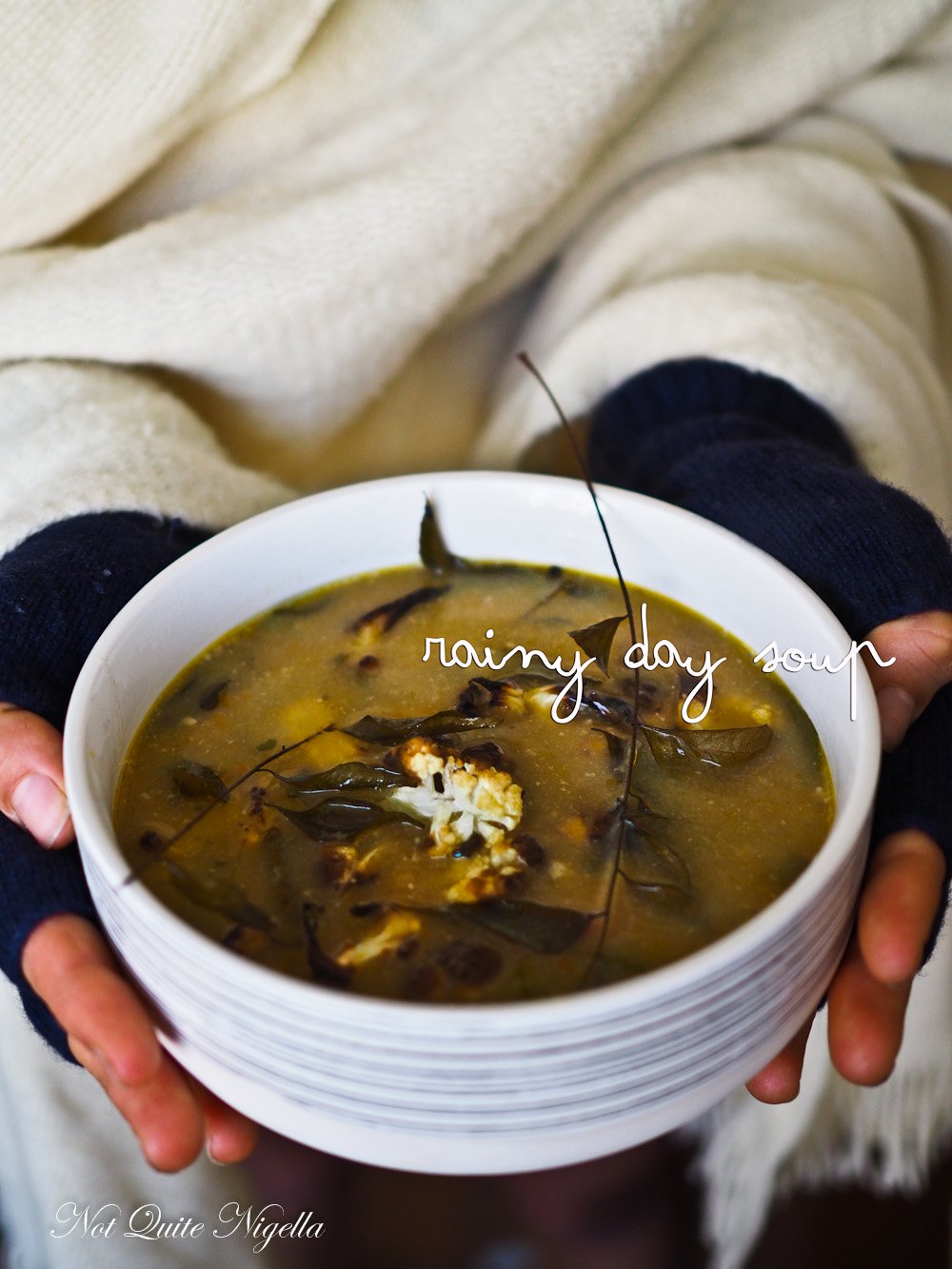 It's getting chilly and suddenly the idea of staying indoors with something bubbling on the stovetop takes on much more appeal than it does during summer. This all day rainy day soup sits on the stove, bubbling away and produces a collagen rich, delicious vegetable and pork soup!

Nina and I were talking soup. "You know how your grandmother's houses smell like soup?" asked Nina. "Also some soup smells like farts," she added. I guess some soups like cabbage soup and cauliflower soup have such a distinctive smell that it isn't pleasant to walk into a house to be hit with the smell. But somehow if you've been there while the soup has been layering away and cooking it doesn't smell bad at all. It smells like it will be delicious.

I remembered the words of Queen Viv echoing in my head. She is a great cook and would always say that soup is all about layers of flavour. This soup is that - you start with the bones for broth and then layer in vegetables giving them the requisite time to cook and then blend it up to make a creamy soup before thickening it and fortifying it with the wholesome goodness of barley.

I love making this soup as I use it as an excuse to be a bit of a hermit and stay aside. "I've got to look after the soup," I'll say as if it were a child or pet that needed constant attention. It's also the constant inattention that I love about it. Put things in, bring to a boil, knock down to a simmer and find something to do for a whole hour. Sometimes it's a book chapter or a tv show episode. Then stretch your legs, unfurl from your curled up position and do the next step. The reward at the end is an enormous pot of soup served from a well worn pot with enough for three freezer boxes worth too.

I also tweaked this soup a bit. Because the first time I made it Nina thought that it smelled funny - "like farts" were her exact words. That was the cauliflower. And then I changed the vegetables and put the cauliflower as roasted on top and all complaints were gone.

So tell me Dear Reader, do you love barricading yourself inside and cooking when it is raining? And do you think cooked cabbage or cauliflower smells like farts? That's a question from Nina. 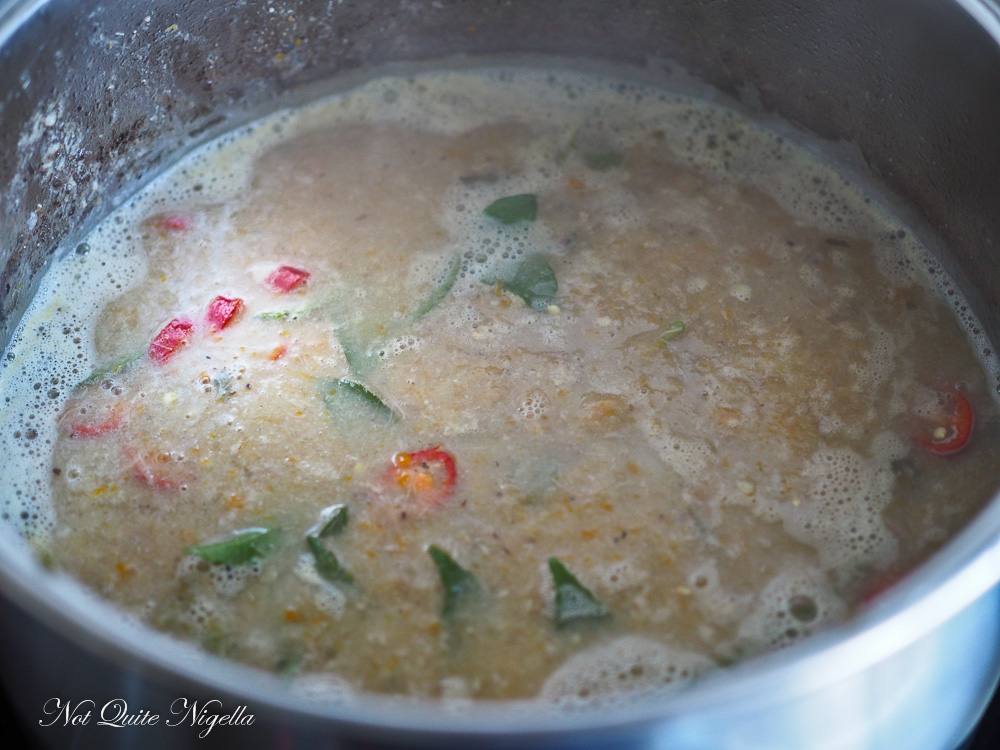 Step 1 - Wash the pork bones well and allow them to steep in water for 2 hours (if you have time). Drain and place back in the pot with onions, carrots, garlic, curry leaves and water and bring to a boil. Simmer for 1.5 hours.

Step 2 - Add the additional vegetables into the pot and bring to a boil and then simmer for 45 minutes. Lay out the cauliflower florets on a baking tray, drizzle with oil and bake in a 200C/400F oven for 20-30 minutes until caramelised. Set aside.

Step 3 - Remove the stems from the curry leaves and discard. Also remove pork bones from the soup and place in a bowl and allow to cool until you can handle them. Remove the meat and soft white bone from the brown bones and place back into the pot along with the chillies. Season with salt-you'll need a couple of teaspoons at least as it is a big mix as well as pepper and a bit of sugar. Take an immersion blender (making sure there aren't any bones in the pot) and blend-it should start to look creamy. Add the barley to the pot and cook for 1 hour until the barley swells (remove the scum as it appears). Serve soup with cauliflower florets and extra curry leaves.