Beef & Beer Stew with Cheese Dumplings (aka The Marriage Maker) 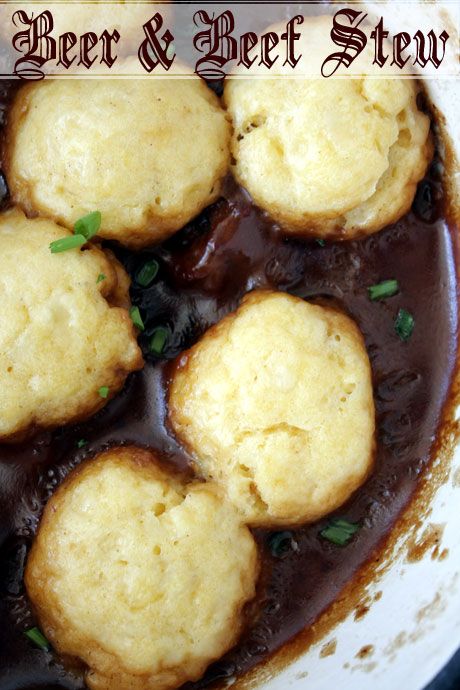 It doesn't take much to figure out men. One thing I know is that for the most part, straight men a) like Beer b) like big, filling meals and c) if they ever were to become clothing designers, hem lines would be permanently raised and tops low cut. 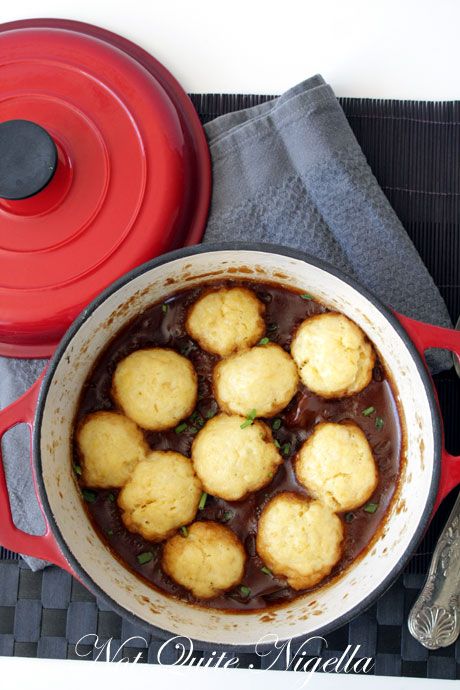 I call this stew the Marriage Maker and its existence preceded Masterchef although it was the beer and meat cooking Chris that reminded me of how good it was. It's also easy enough, tastes delicious and filling but unfortunately is not the most photogenic of foods. Call it the antithesis of a picture perfect and dainty High Tea (and a straight man's worst nightmare). 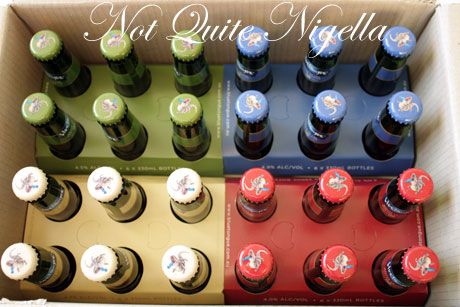 I was lucky enough to receive a carton of beer from the Blue Tongue Brewery. In it I received four six packs of beer: a Premium Lager, a Lite Beer, a Pilsener and curiously, an alcoholic Ginger Beer. I was delighted to see such a generous package but my reaction wasn't anywhere near as excited as my husband. Yes, when men come home tired and a tad grumpy, showing them a carton of this beer will make them very, very happy. Although that's pretty logical really. 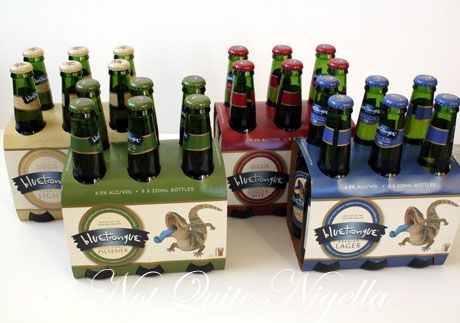 If I had to describe it as something, I'd say the stew resembles a meat pie filling. Not your cheap and nasty pies with mince and gristle and random bits of human finger but a gourmet pie with chunky, succulently tender pieces of beer with a richness from the beer. You can certainly taste that it's there although it isn't as strong as say a Beef Bourguignon. 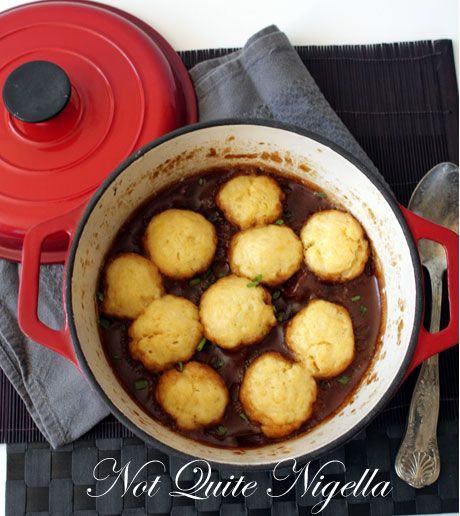 I know calling it a Marriage Maker is risky. After all I cannot offer anything to substantiate these claims. And it's true I'm no expert on marriage being married for only 3 years. I have been proposed to more than once and most of the proposals were after I had fed someone (oh the bruised ego that it wasn't for my brains, looks or charm). Perhaps it's a culinary version of Beer Goggles. 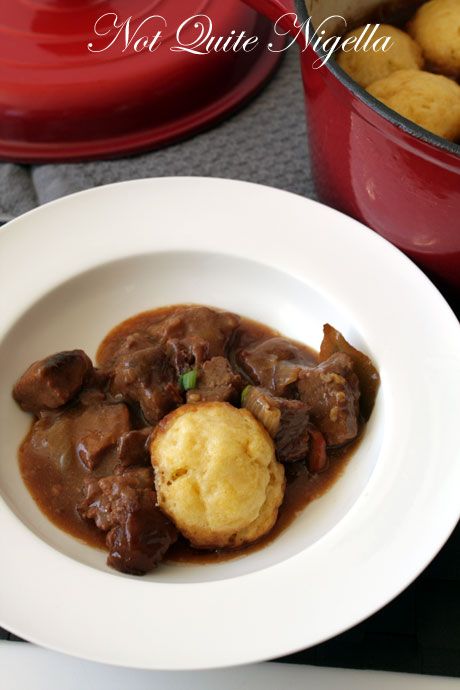 So tell me Dear Reader, what tricks do you have up your sleeve to entice the opposite sex?

Beef & Beer Stew with Cheese Dumplings aka The Marriage Maker

And Original Recipe by Not Quite Nigella 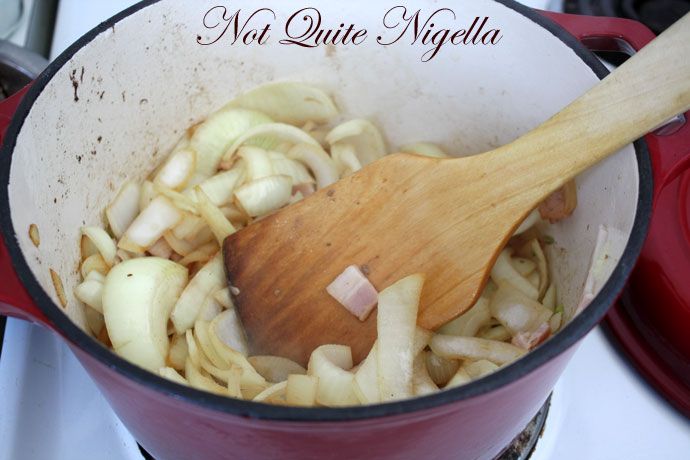 Sauteeing the onions and bacon 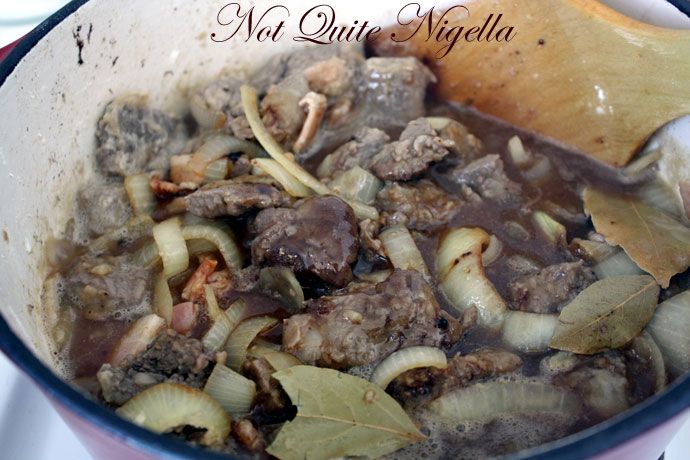 After cooking for about 15 minutes 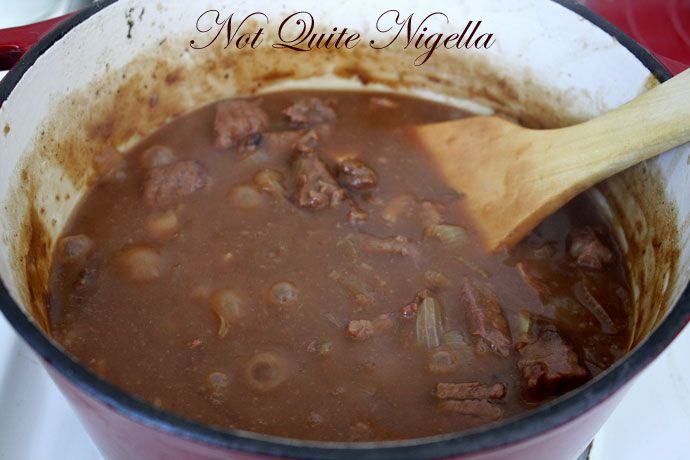 Step 1 - Prepare stew. Pat beef pieces dry with a couple of paper towels and heat a large frying pan or cast iron pot. Add oil and brown beef in 3 batches and set aside in a bowl. Then fry onion and snip in bacon into the pot with a pair of scissors and cook until onions are translucent and bacon is lightly cooked. Add flour and cook for 2-3 minutes making sure to scrape the bottom of the pan as if you don't, it will stick and become a terrible pain to clean. Add the stock, beer, bay leaves, sugar and Worcestershire sauce and bring to a boil, then turn it down to low to avoid it sticking and catching on the bottom and place lid on top leaving a small 1cm gap. Stir occassionally and cook until beef is tender (1 to 1 1/2 hours). 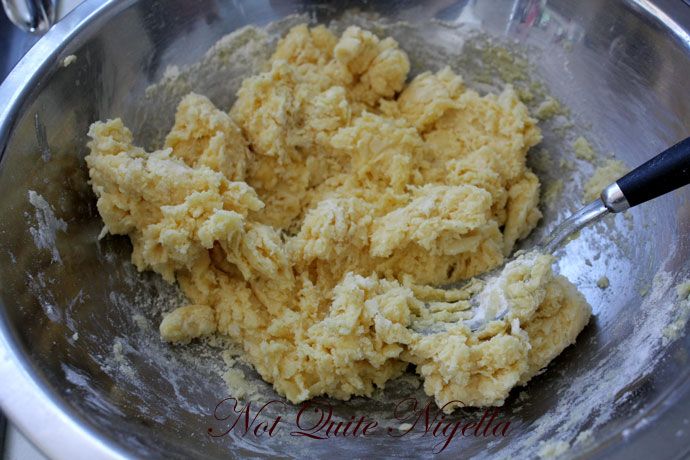 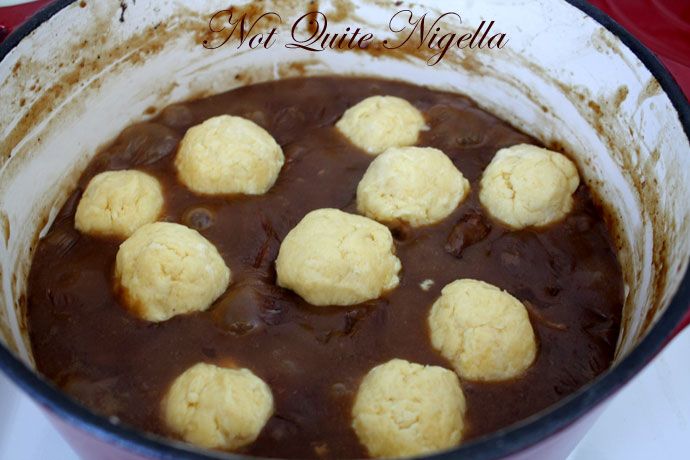 Dumplings just placed in the stew

Step 2 - Fifteen minutes before the stew has finished cooking, make the dumplings. In a small bowl, mix together the flour and baking powder. In a measuring jug, mix the butter, egg and cheese with a fork. Add the wet mix to the flour and using a spoon, stir to combine. You may need 1 or 2 tablespoons of water to help it come together. Roll into 8 balls with your hands and place on top of the stew. I keep the lid on while I am making it so that the stew heats up even more and then once the dumplings are made, just put them in and replace with the lid. Turn the heat up to medium so that the dough has a chance to rise. Cook for 15 minutes. 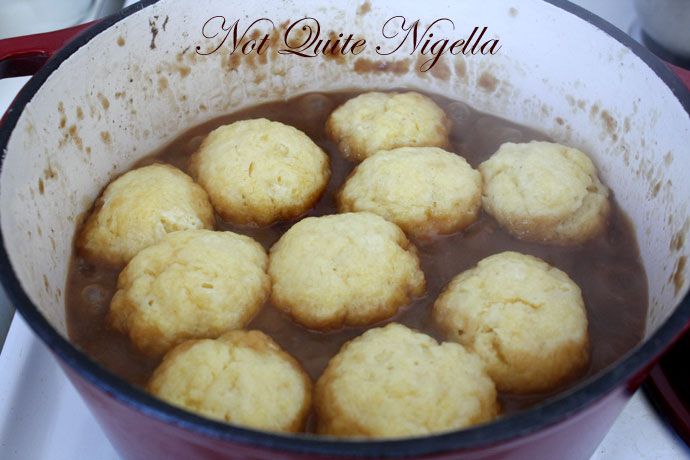 Dumplings puffed up after cooking 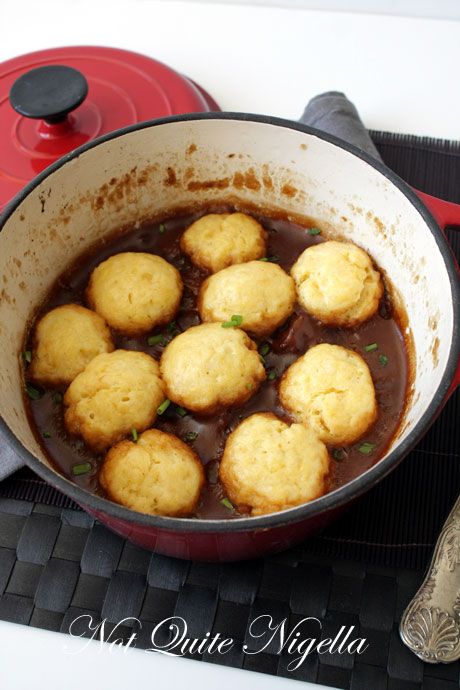