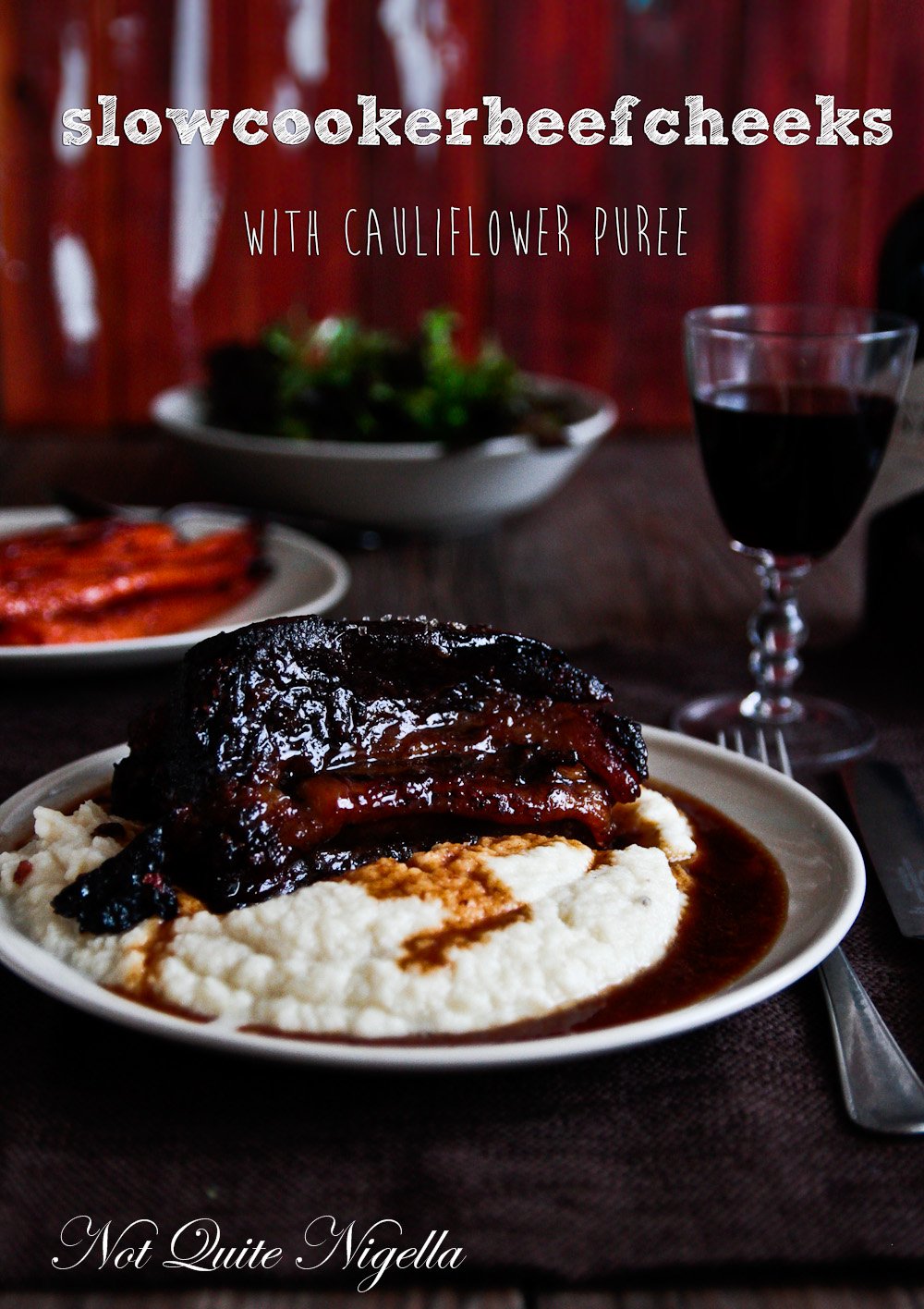 As much as I like to think of myself as a spontaneous person, sometimes, when I'm at home for dinner I find comfort in a routine. Mr NQN and I eat early around 6:30pm as soon as he gets home from work and afterwards I continue to do work. And come 8pm, I ask him if there's anything else that he wants to eat because after that, the kitchen will be closed for requests.

The first time I said it to him, he laughed. "What do you mean? The kitchen is closed? There's no door!" he said pointing at it.

"I mean if you want me to make you something like dessert, you will have to ask for it before 8pm because the kitchen closes then," I explained. And because he is loathe to venture in there and make anything beyond a sports drink, he knows that once the sun goes down (or even earlier nowadays) the kitchen closes just after dinner.

We had guests over the other night - the chillier weather meant that we wanted to entertain at home and create rich, slow cooked dishes. When Queen Viv and Miss America arrived Mr NQN told them about my "kitchen is closed" line to which they howled with laughter. "As if you would close the kitchen!" they said knowing of my propensity to make a sneaky late night toasted cheese sandwich. 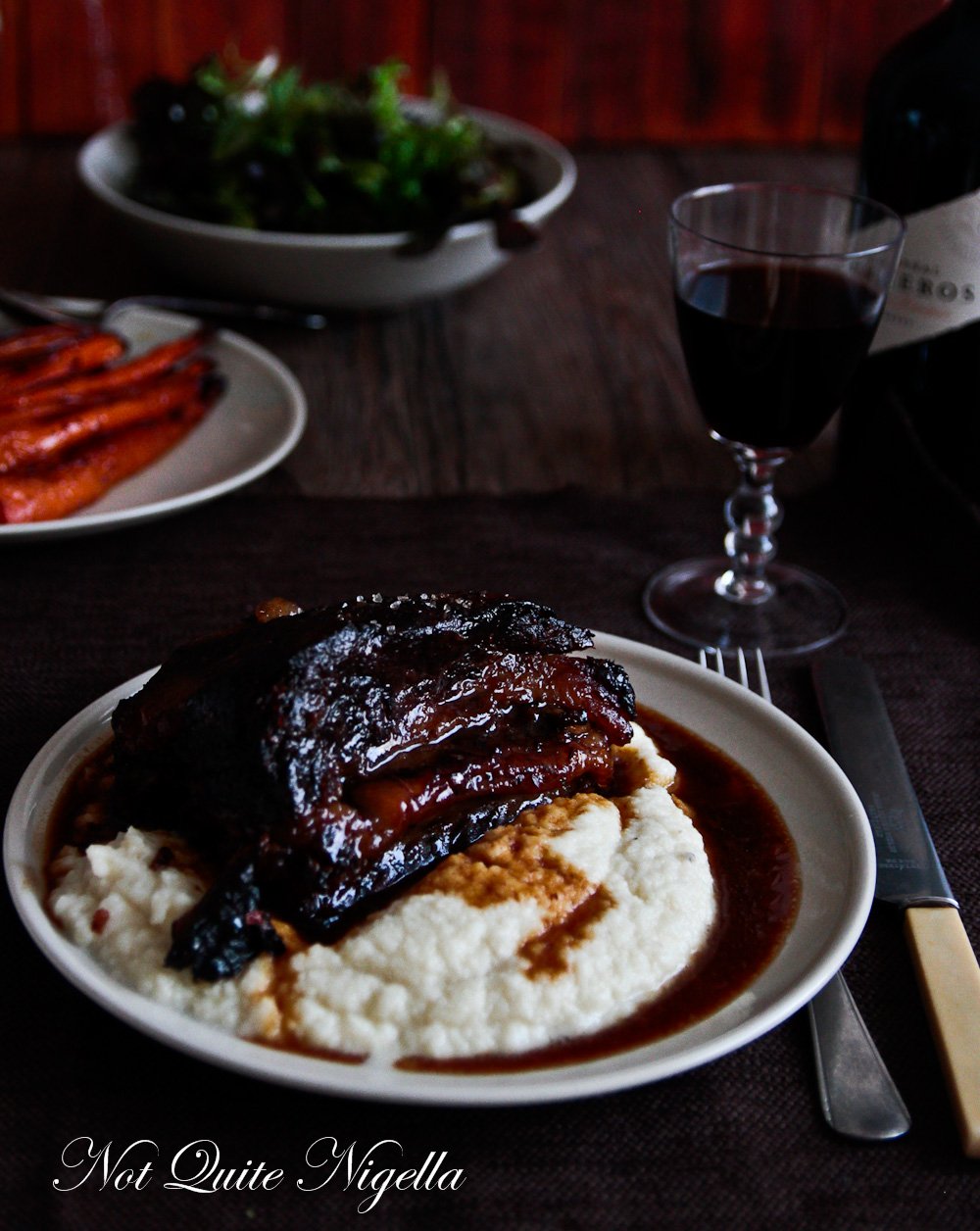 The main that I served them that night were these slow cooker beef short ribs. Using a slow cooker is ideal for beef short ribs because they require low and slow cooking. What is even better with this recipe is that it is best done the night before so that you can skim off the fat from the top of the liquid. Cheeky Mr NQN poked his head around the corner while I was tending to this the night before and asked, "Is the kitchen closed?"

In the beef ribs I used a Woolworths Gold Slow Cooked King Island Beef stock that is cooked using a natural reduction method for up to 14 hours. The ingredients list is simple with water, beef bones and beef, carrot, celery, onion, red wine, tomato paste, garlic parsley, peppercorns, bay leaves and thyme - much like what you would use at home. There are also no artificial colours or flavours or MSG added. I used the Woolworths Gold Free Range Chicken stock for the cauliflower puree which also has a similar ingredients list except it uses free range chicken bones, is cooked for up to 3 hours and omits the red wine. 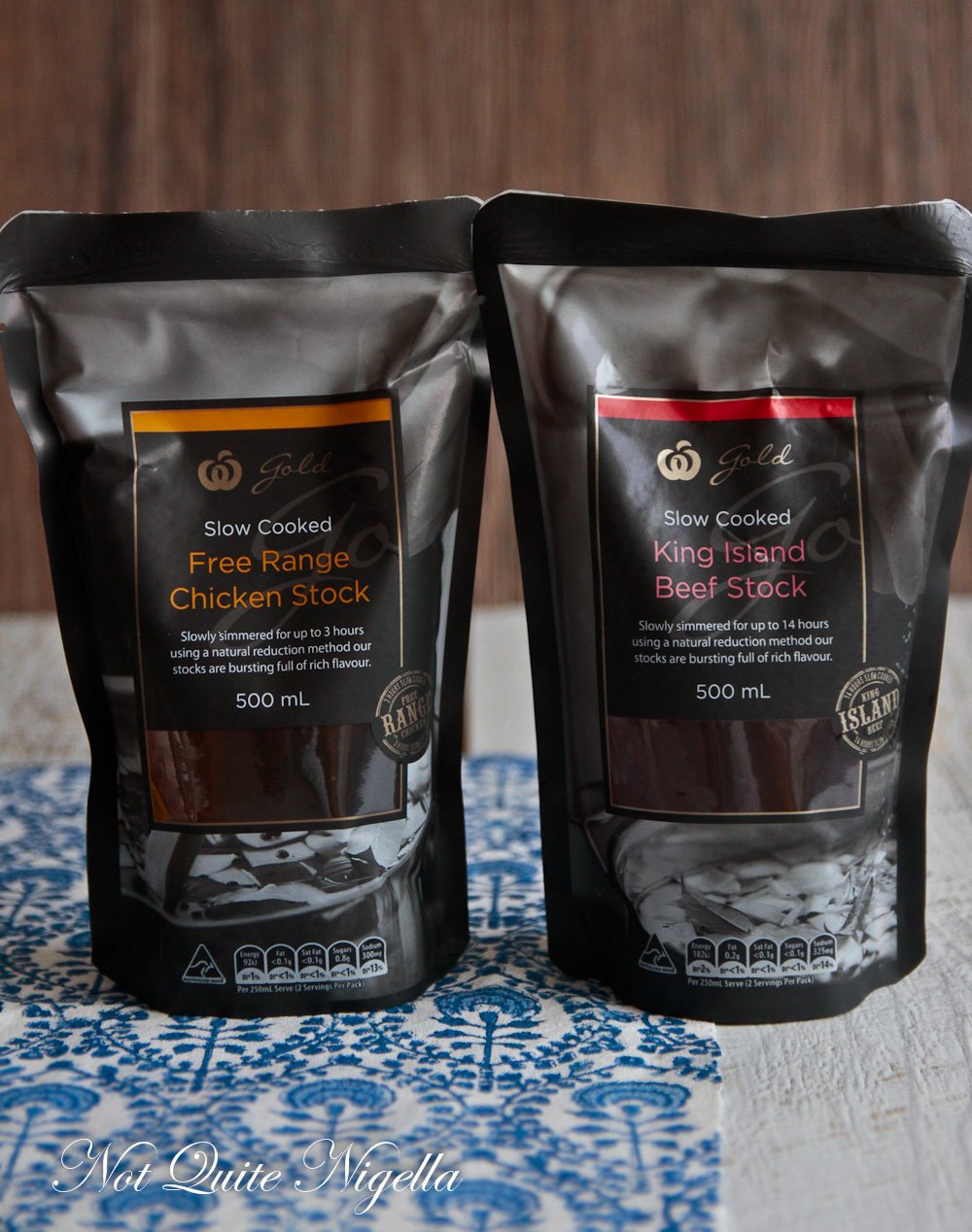 All you have to do on the day is pop the beef ribs in the oven to heat them up and give them a nice browning. You can make the cauliflower puree too which is surprisingly easy alternative to mashed potato as you can puree it in a food processor. You then reduce the slow cooker liquid to make a rich, flavoursome jus to pour over the meltingly soft beef short ribs. I've added in a little recipe for thyme and sumac roasted carrots and I also served this with a green salad dressed with a simple vinaigrette. Queen Viv was kind enough to bestow the meal "A triumph!" and that night, the kitchen remained open.

So tell me Dear Reader, have you ever said "The kitchen is closed?" And what time do you stop cooking at night? And do you entertain more at home when the weather turns cold? 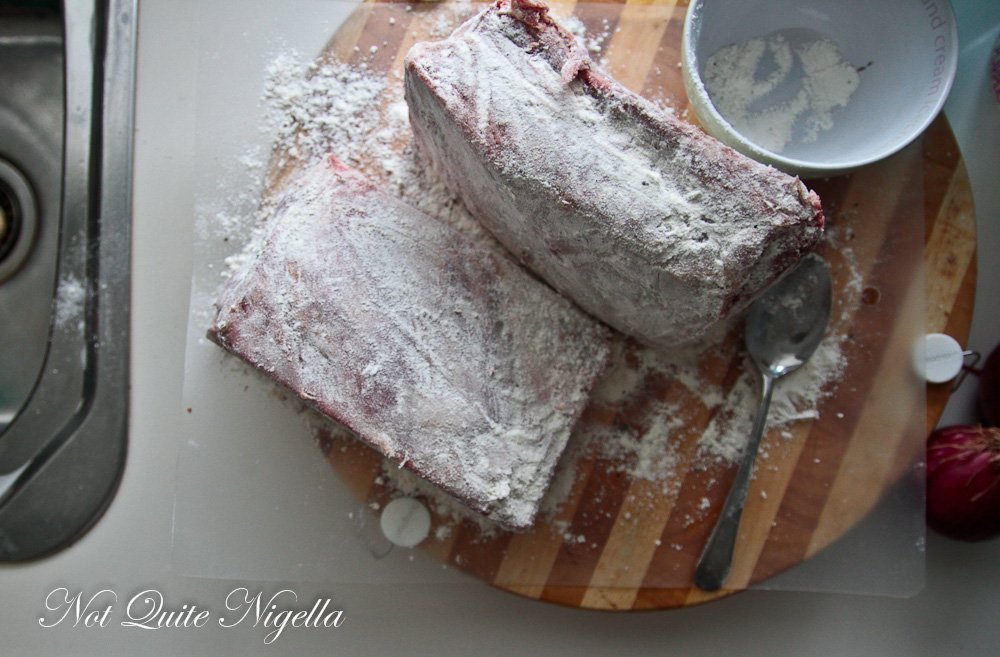 Step 1 - Mix the flour, salt and pepper together and coat the beef ribs on all sides with the seasoned flour. Heat a frypan on medium to high heat and add the oil. Brown the beef ribs on all sides. Place the ribs in the slow cooker. Deglaze the pan with a few tablespoons of the Woolworths Gold King Island Beef stock and add this to the slow cooker. 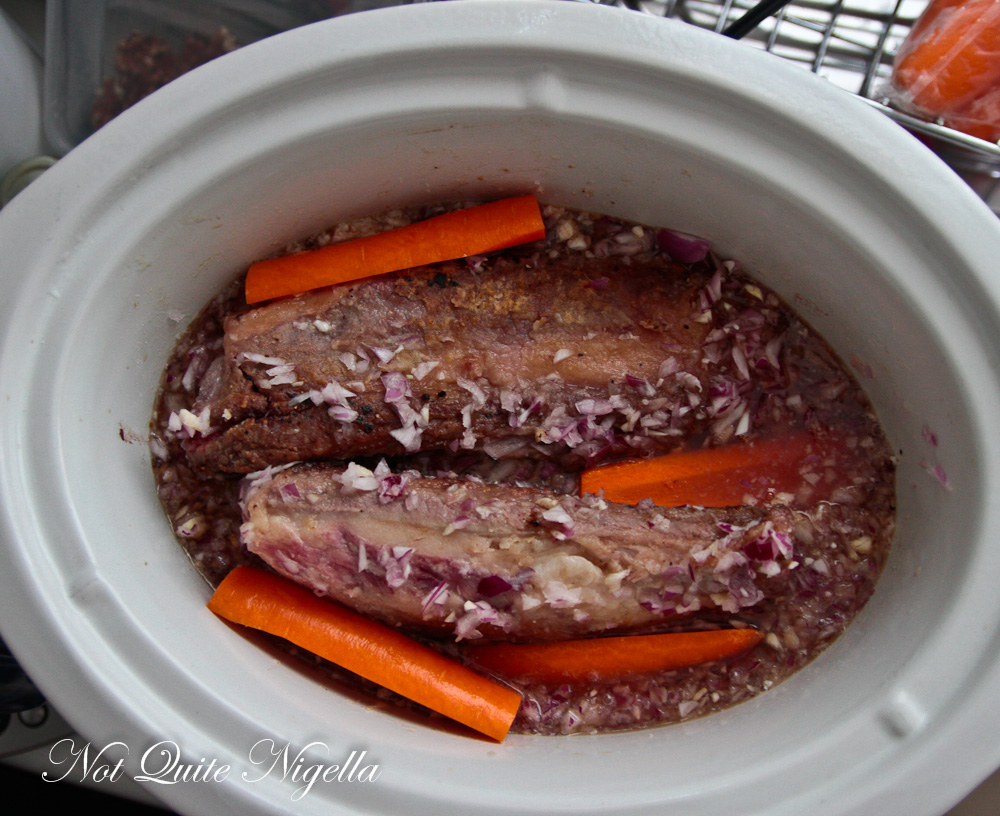 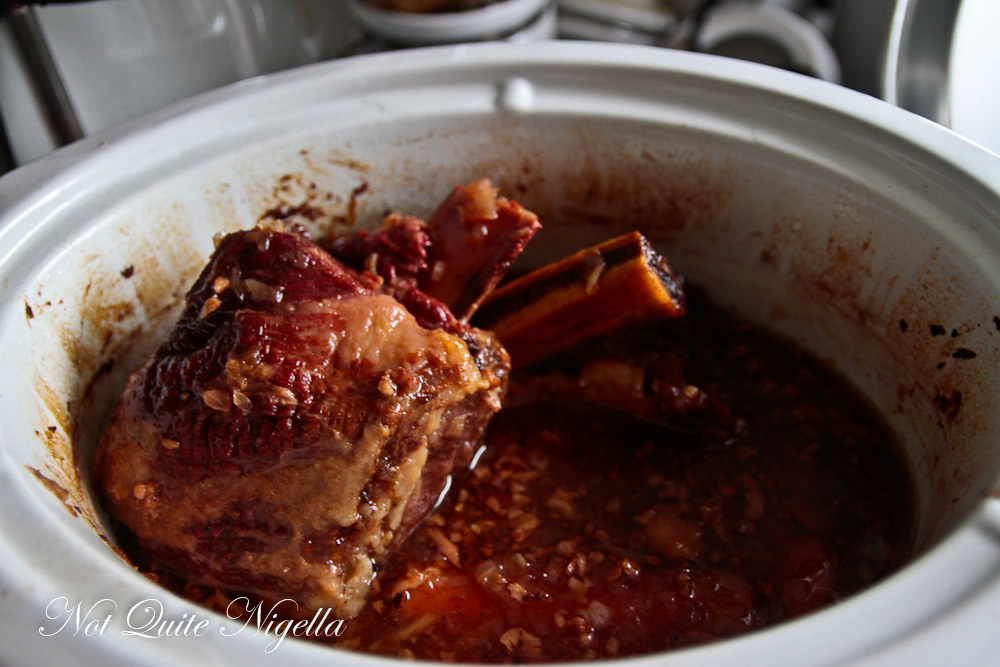 After 8 hours in the slow cooker

Step 2 - Place the bacon, carrot, onions, garlic, 1 cup of Pedro Ximinez, Woolworths Gold King Island Beef stock and bay leaves in the slow cooker. Cook for 8-9 hours on low heat. Cool and refrigerate. I put the ribs in one container and the stock in another to make skimming the fat off easier. There is a lot of fat that comes off the short ribs. 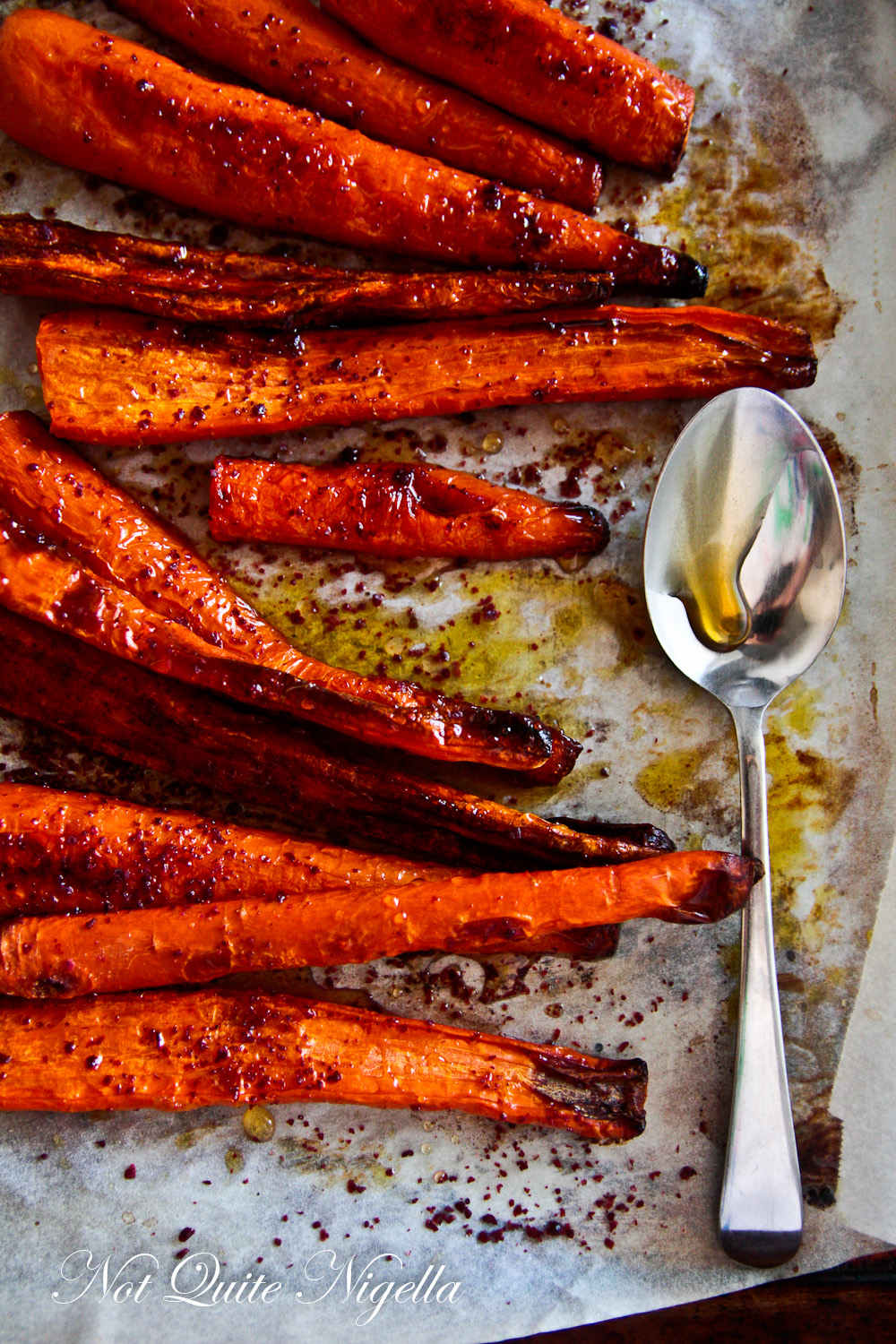 Step 3 - About 1.5 hours before you want to serve the beef, heat the oven to 210C/410F. Line a baking tray with parchment and place the carrots on it. Drizzle the oil on top of the carrots and bake for 40 minutes or until they are caramelised and tender. Drizzle or brush the carrots with the honey and dust with sumac and return to the oven for another 5 minutes. 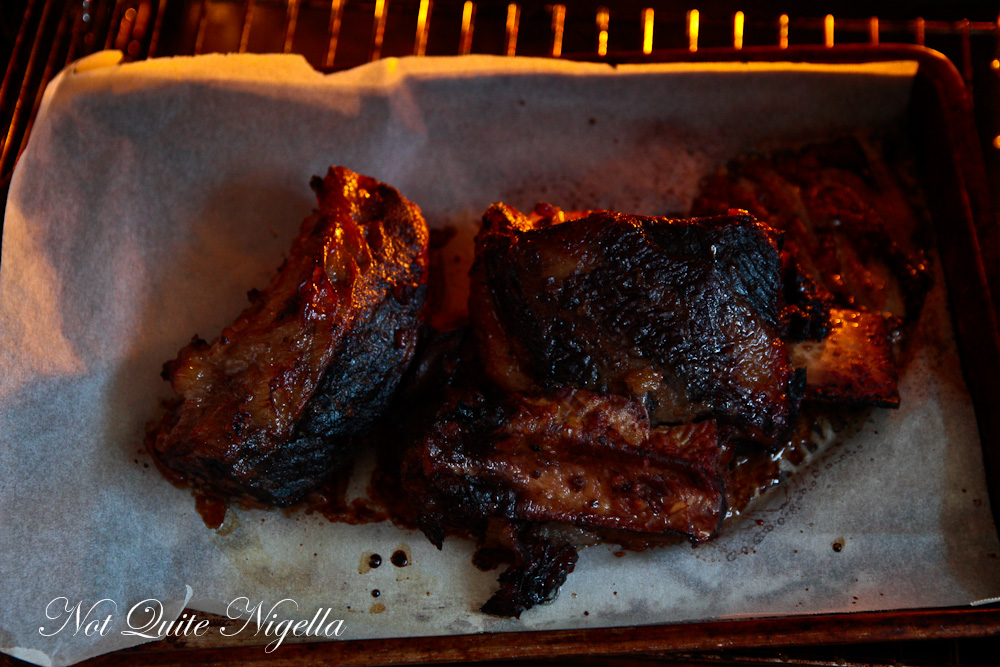 Step 4 - Reduce the heat to 190C/374F. Place the beef short ribs on a tray and pour a cup of Pedro Ximinez on top of them. Place the ribs in the oven to heat through for 20 minutes or so until melting and delicious again. 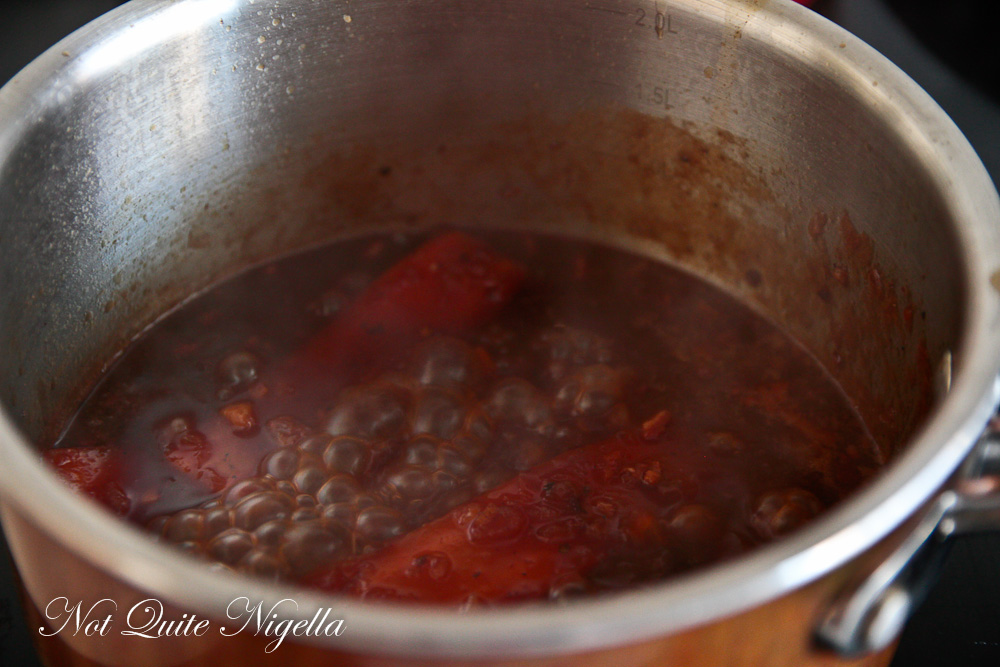 Step 5 - Meanwhile make the sauce. Skim the solid fat from the top of the stock and place the stock in a small saucepan. Heat on high and reduce the stock by simmering it on medium to high heat without a lid so that it is concentrated. Add the Vegemite to give it flavour and season with salt, pepper and sugar until you get a flavoursome sauce. Strain the sauce to get a rich jus. Don't throw away the bacon and onion mix, it's tasty on a toasted sandwich and is a distant cousin of bacon jam! 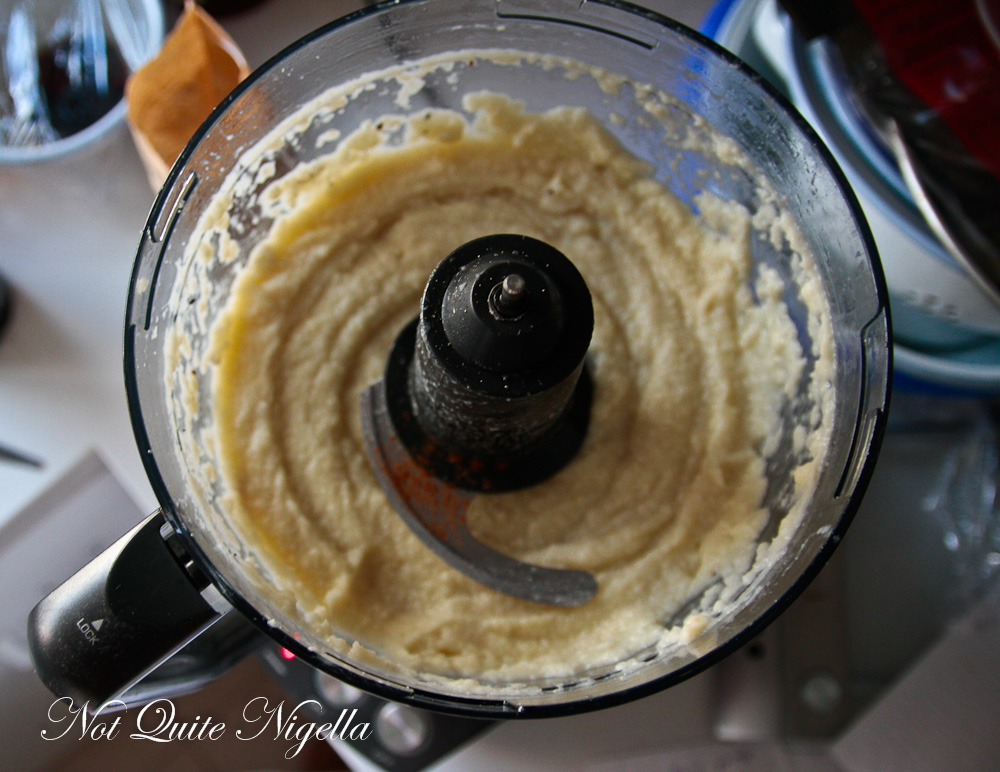 Step 6 - To make the cauliflower puree, steam the cauliflower until very soft. Place it in a food processor and process with the Woolworths Gold Free Range Chicken stock, cream, butter, sugar. Season with salt and pepper and add some nutmeg to taste.