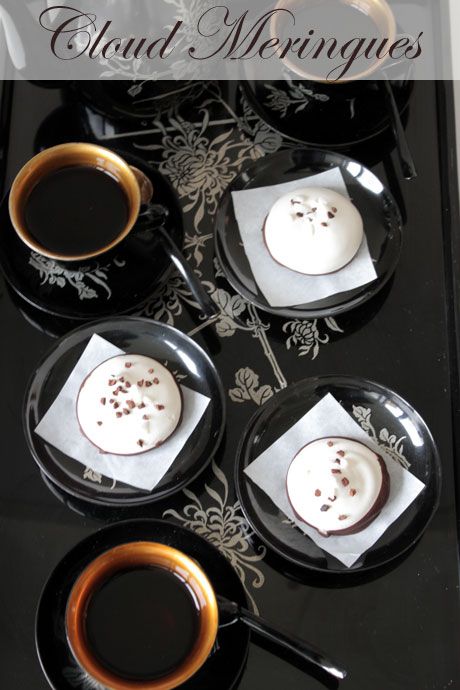 No-one has ever accused me of being balanced. I throw myself enthusiastically head first into every endeavour I commit to (and perhaps why I commit myself to so little). I believe the word is obsessed which my family and friends call me, often in whispered tones and it's such a pejorative statement anyway. Working on the the blog seven days a week from 9am until midnight is no hardship though although Mr NQN has suggested recently that I give myself a rest.

"A rest?" I looked at him with one eyebrow raised. It's as if he suggested that I run a marathon or cut up my credit cards. Yes he said simply, you need one, otherwise you'll become exhausted and jaded. The idea of becoming jaded with food was horrifying. The reason why he takes the photos in restaurants is because his hands are steadier than mine and I get so excited when a dish is brought to the table that I start shaking in excitement. I did not want to become jaded. 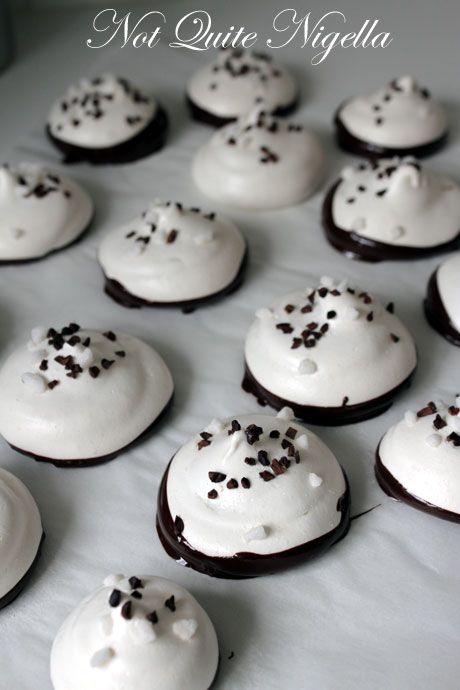 But back to balance. I had some leftover meringue from another recipe and I wanted to make something for a friend who was coming over for coffee. It was already sweetened and this friend doesn't like particularly sweet food so I immediately though of ways to offset the sweetness and balance it. I opened my pantry and spied a bag of cocoa nibs from Coco Chocolates that I bought around Easter and a new block of Lindt dark cooking chocolate that they sent me. The crunchy bittersweet cacao nibs (the dry roasted bits of cocoa beans) and the bitter sweet dark chocolate would do it good. Then I thought that it would be nice to bake these so that they had a soft centre with a crunchy outer so I added some pearl sugar, often used to top bread in Scandinavian recipes. So not only would I get sweet and bittersweet but also crunchy and soft. Balance indeed. 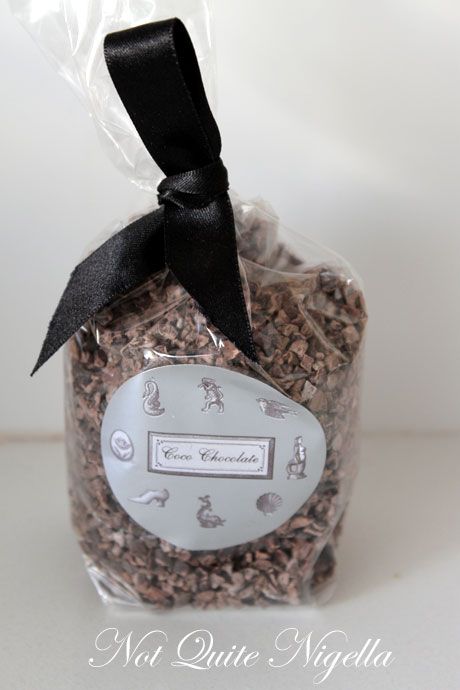 In a strange way I feel that I am in fact balanced. I'm not 100% obsessed with food - there's also fashion, beauty, TV, film, art and architecture that I also adore but I took his point. I did need to slow down a bit. I didn't want to lose the thrill of scouring a restaurant menu or discovering a new recipe. And now I give myself a bit of a rest every night for a couple of hours and I feel much better for it. But more than that? I'm more likely to cut up my credit cards!

So tell me Dear Reader, do you have an obsessive personality? 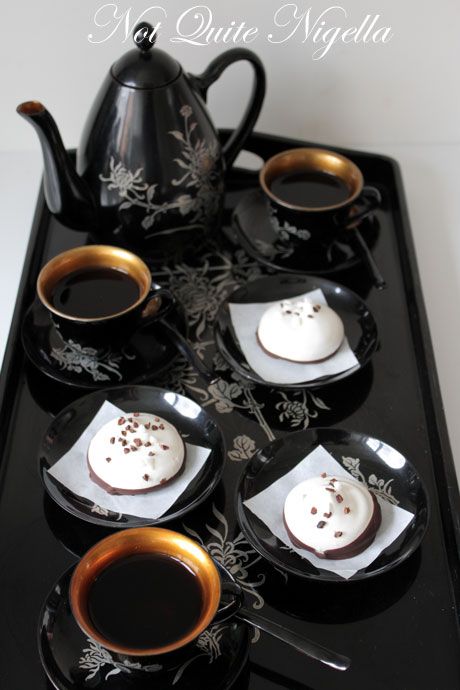 You will also need a piping bag

Step 1 - Preheat oven to 100C /212F. In a clean bowl, whip egg whites until soft peaks form and then add caster sugar one tablespoon at a time until shiny stiff peaks are formed and you can tip the bowl upside down without it moving (don't try this on someone's head! ;) ). Fold in cream of tartar and white vinegar well. 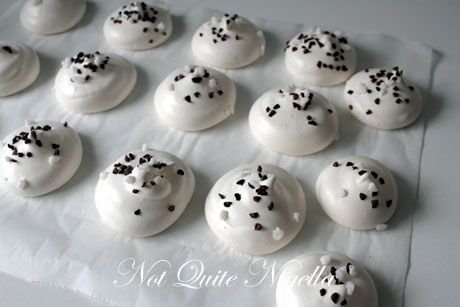 Step 2 - Fill a piping bag with a plain 1 cm nozzle (or you can use a star tip too) and pipe 4cm rounds onto 2 baking trays lined with baking parchment. They will spread a little so don't pipe them too close together. Sprinkle over with cacao nibs  and pearl sugar. Bake for 1 hour. They should still be soft and gooey in the centre. 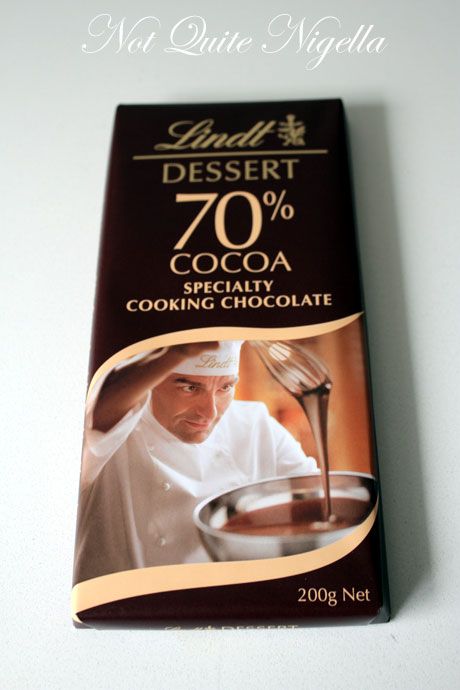 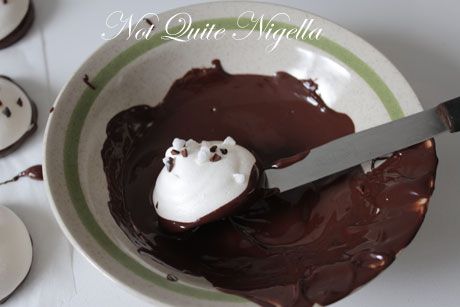 Step 3 - Melt chocolate in double boiler or microwave and dip the bottoms into the bowl using a thin palette knife to remove and place back on parchment paper to set. 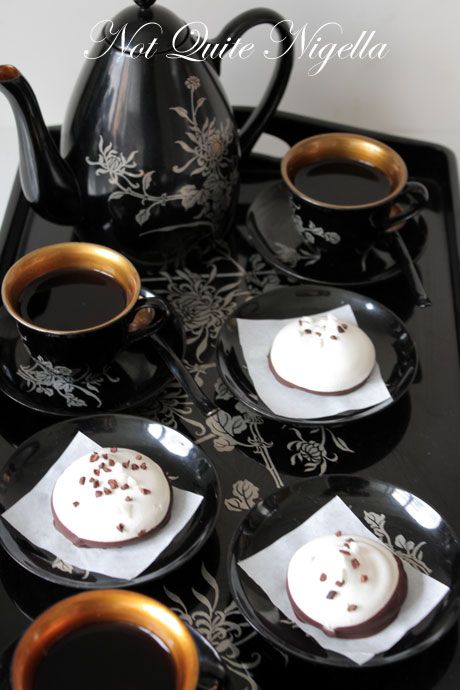