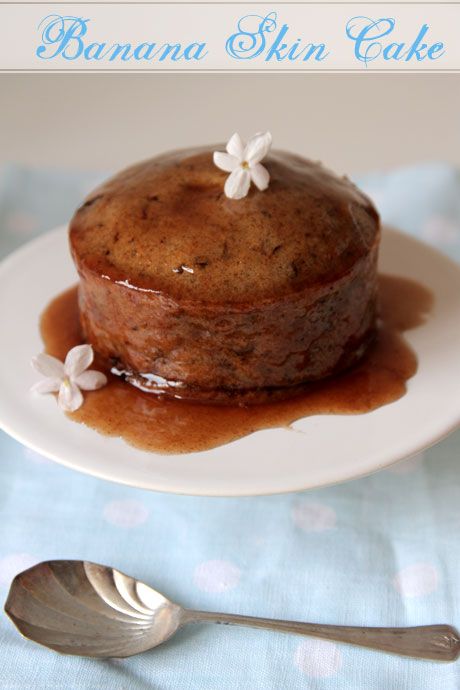 I really do try my best with being earth conscious. I separate all of my garbage, I buy biodegradable items, buy local produce, make our home energy efficient, Mr NQN rides to work and we've started our own worm farm. This is slightly offset with my love of designer goodies, skincare and perfume which inevitably come within tonnes of packaging imported from a great distance. There is a little devil that sits on my shoulder that tells me "See all of that ribbon and tissue paper? How wasteful!".

One thing I am rather adamant about is wastage, especially food. I hate to throw things away and luckily I have a man-sized garbage disposal in the shape of Mr NQN. He eats most things. One thing of course that one generally doesn't eat is banana skins. Until he told me about a television show on SBS that featured a woman who makes a cake from banana skins. Yes banana skins! 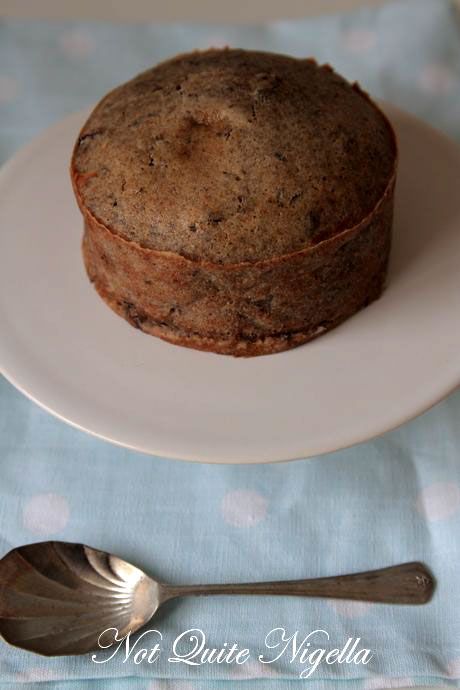 I was skeptical. I mean, banana skins are usually the kind of thing that you avoid with a vengeance. Once they're off the banana their smell is so strong, I can't wait to get the garbage out of the house so the idea of baking with them seemed completely at odds with my olfactory senses. As instructed, I soaked the skins for days. The smell on the first day was quite strong but by the second and third day they didn't smell like anything at all. I only used three skins-I didn't want to waste too many ingredients if it turned out to be unpalatable. 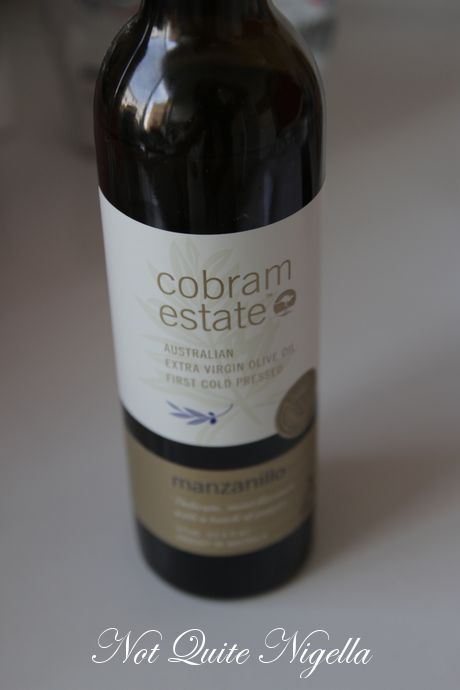 I followed the instructions and blended them and them mixed them in like a regular cake ingredient and then set about making the jam topping. Jam is really a misnomer for it. It's like a liquidey caramel topping with an unusual push and pull viscous texture rather than a thick jam. Once the cake was baked, I poured the sauce over it and brought it along to a gathering with some of Mr NQN's family. I knew if anyone would appreciate a banana skin cake, it was them. 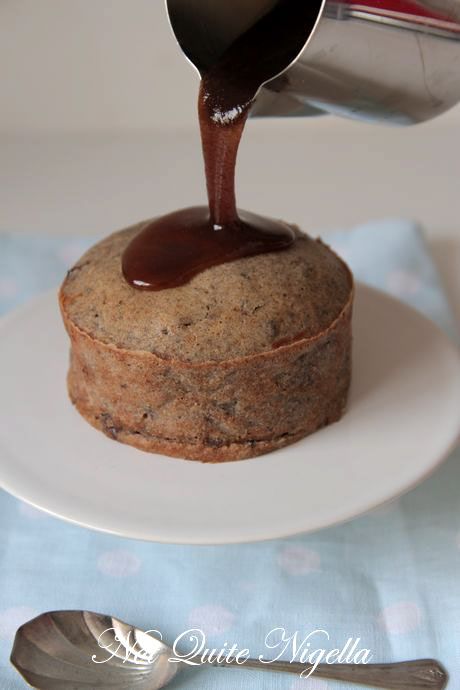 "I'd like you to try this cake and tell me what you think of it" I told them. "What is it?" they asked and I answered "I'll tell you afterwards, I want to know what you think of the taste". There were some skeptical glances but they seemed happy to trial it. I tried a piece too and it was delicious. Similar to a bread and butter pudding in texture crossed with a sticky date pudding, it was liked by all that tried it, especially with the sauce. And would I make it again? Absolutely! As Edna described it "It is luxury made from rubbish".

So tell me Dear Reader, would you try this cake if you knew it contained banana skins? 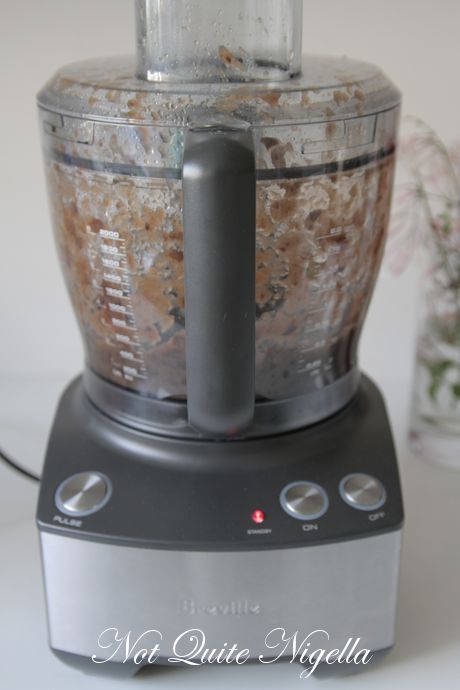 Step 1 - Cut off the ends of the skin. Leave the skins soaked in water, changing the water every day, until they become soft and water is clear. Process the skins in a blender or food processor with enough water to help the blender cut them up. I used 1/2 cup of water for 3 banana skins. 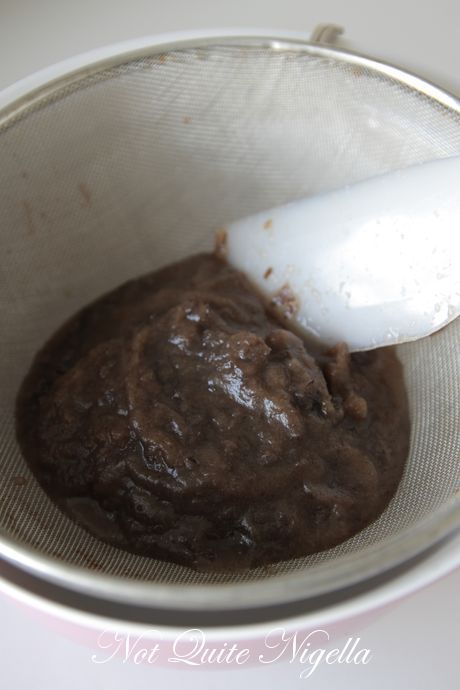 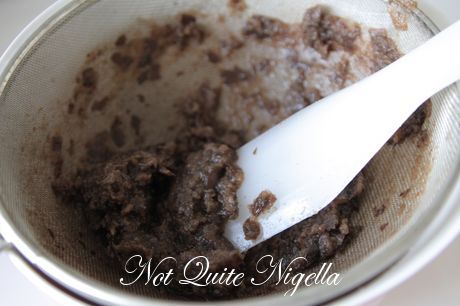 Step 2 - Strain the mixture to get rid of any hard bits, but retain the puree and the liquid. 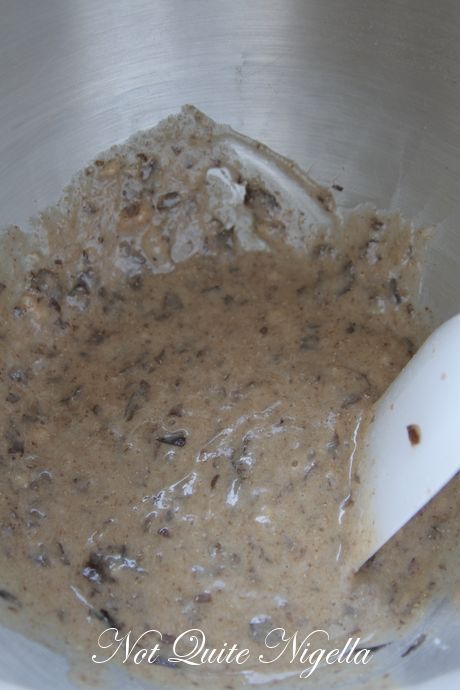 Step 3 - Line a cake tin with baking parchment-for the three banana skins I used a round 11cms tin but double that adjust  it according to how many banana skins you use. Measure the amount of puree mixture in a cup and for every cupful, add one egg,  3/4 a cup of sugar, one teaspoon of salt and half a cup of oil. Beat until well incorporated. 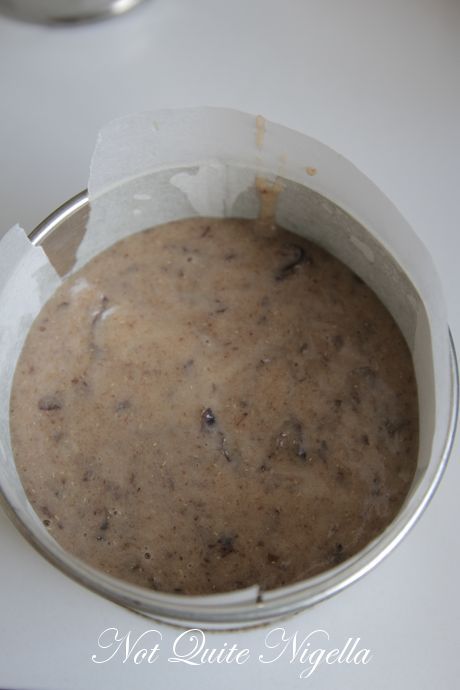 4.  Add one cup of flour and one tablespoon of yeast, per cupful of the original puree, and mix. Place batter into the prepared baking tin 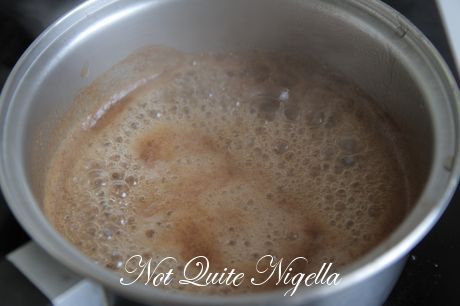 The sauce boiling and reducing 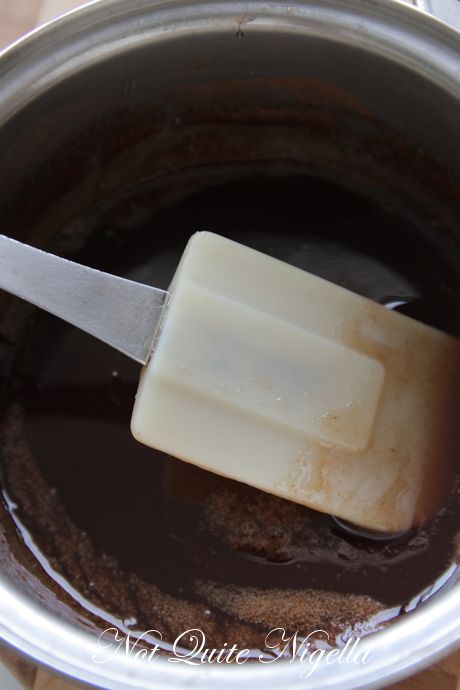 To become a thick syrup 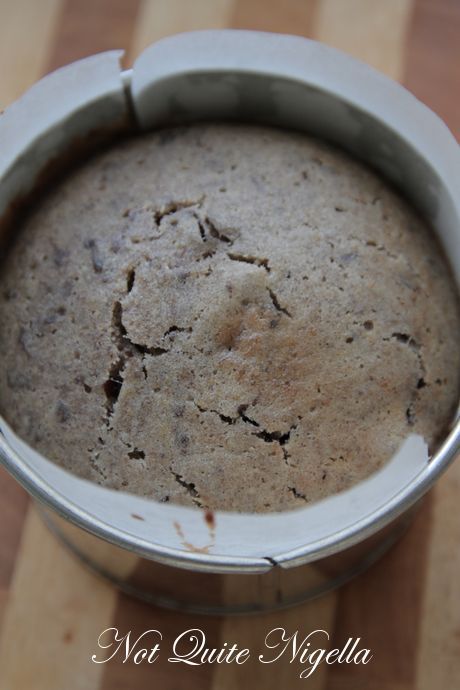 Step 6 - Meanwhile use the strained liquid part to make a glaze. Measure the amount in a cup, then for every cupful, add a cup of sugar into a pan with the liquid. Add cinnamon and a pinch of salt and heat. Stir to avoid sticking until thickened enough to spread on the cake. It will become quite viscous and I boiled mine for about 25 minutes. Cool slightly.