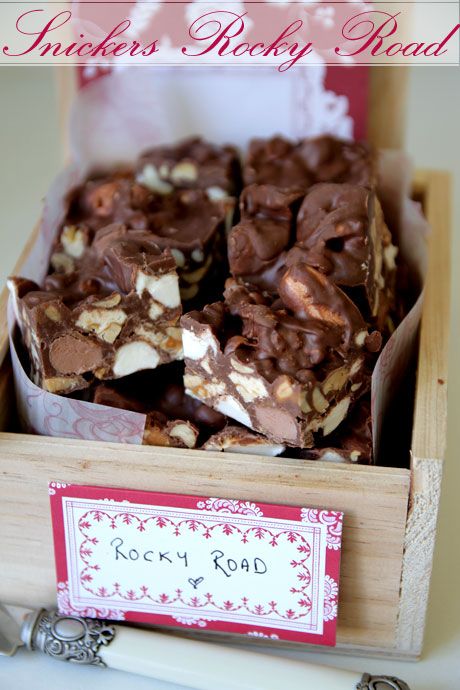 I know for the most part that society dictates that if you are over the age of say ...25, one has to act like an adult and behave properly. After all, who wants to do business or carry on an adult conversation with someone that asks "Have you ever wanted to live in a tree?" (wouldn't it be fun?). My attempts at being adult or sophisticated are foiled for the most part by my innate clumsiness. Recently I was at a fancy media dinner by myself and I was nervously negotiating the vegetables that sat in the centre of the table. I had bought a new dress for it and thought that I was carrying the charade off very well.

"Would you like some vegetables?" I asked the man next to me.

"Umm... your sleeve is in the sauce" the man said to me looking alarmed. And there it was, the cuff sitting in the glistening sauce. People were dabbing at me and I felt as if I were a toddler that had spilled my cup of formula.  I felt as chic as a bag of Cheetos. 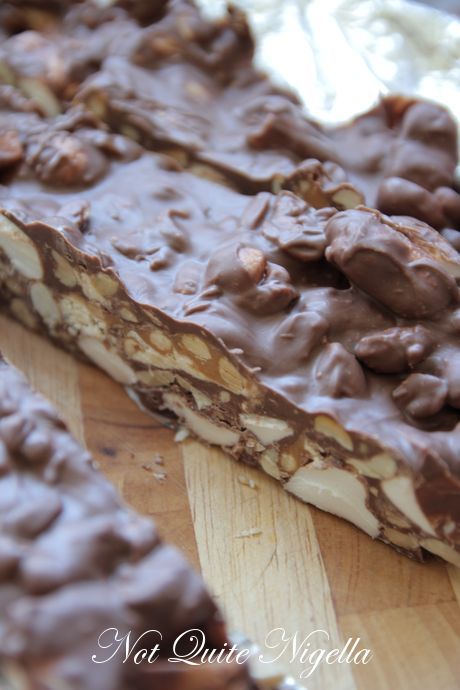 I first heard of these from my dining companion Laura aka baking Wonder Woman. She mentioned that I should make a Snickers Rocky Road in passing and unable to hear the sentence that followed thereafter that I asked her to back up. A what rocky road? I haven't eaten a Snickers bar for about ten years and from memory there were nuts, caramel and nougat. It wasn't bad and it was the one I preferred to its sister product the tooth achingly sweet Mars bar. I asked her to email me her recipe but well of course I couldn't wait. When we went shopping I saw Snickers bars on sale for $1 each and shoved six into the trolley and bought some roasted unsalted peanuts and chocolate and I had the makings of an adventure. 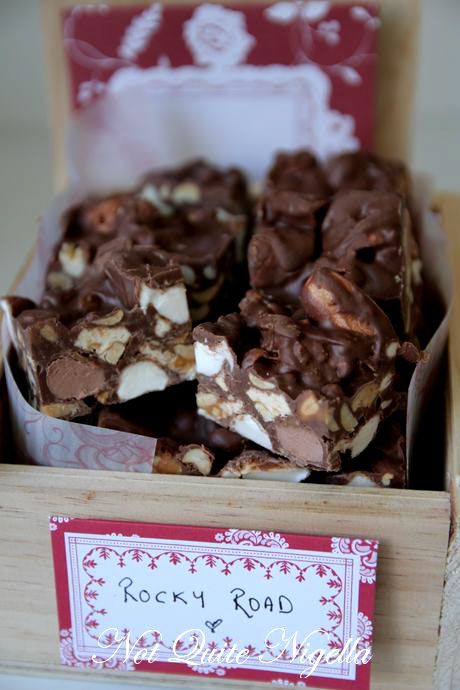 I made it-it was terribly quick and was quickly chilling in the fridge after about 10 minutes of leisurely Sunday morning pottering about in the kitchen. It set quickly and I cut it into pieces. I fit them into a box thinking that they would make a nice gift for a friend. Giving cakes is hard as they go stale quicker. I cut off a sliver of one piece-a piece with a good cross section of marshmallow, peanuts, chocolate, caramel and nougat. Holy macaron it was good. Ungodly so, in only the way that super sweet and crunchy nubbly rocky road could be. And here I am passing on the recipe to you in the hopes that under your chic exterior you might like it too.

So tell  me Dear Reader, what is your favourite chocolate bar? 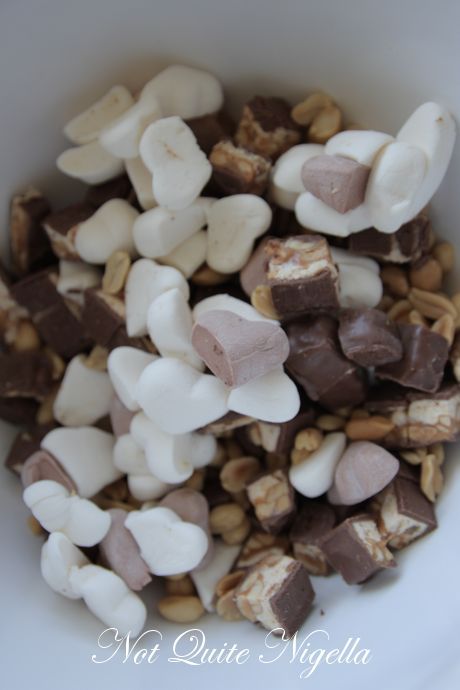 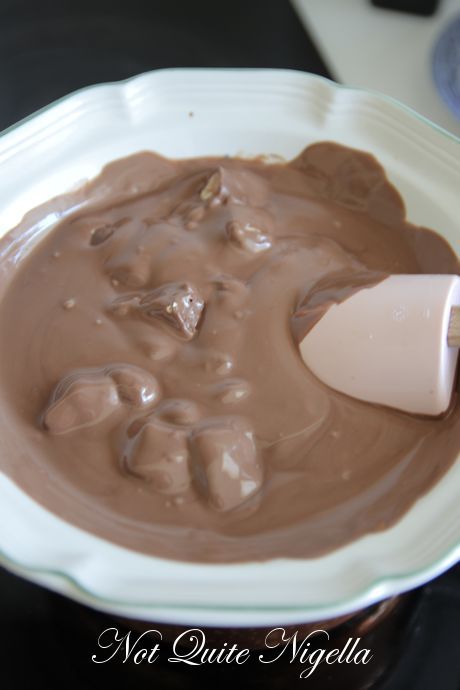 Melting the chocolate and two of the chopped up Snickers bars

Step 1 - Line a 20x20 cms (8x8 inch) square tin with foil. Chop up two of the Snickers bars and set aside and then chop the rest of the bars. Over a double boiler ( a heatproof bowl placed over a saucepan of simmering water) place the chocolate and the pieces from the two Snickers bars and melt this (it won't fully melt but it will partially melt). Ensure that the base of the bowl doesn't touch the simmering water. 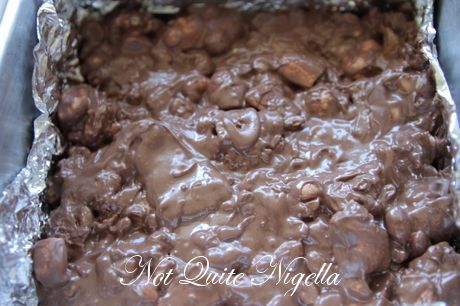 Step 2 - Meanwhile while this is melting, cut the marshmallows in half roughly if they're large ones and place in a bowl along with the roasted unsalted peanuts and pieces of the remaining four Snickers bars. Stir so that the rubble of the peanuts and marshmallows are coated in chocolate and then spoon into the lined tray. Refrigerate or cool on a benchtop until set and then cut into pieces. 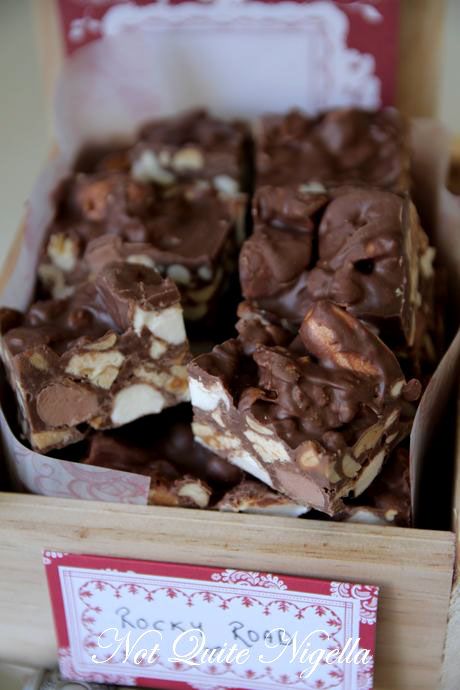