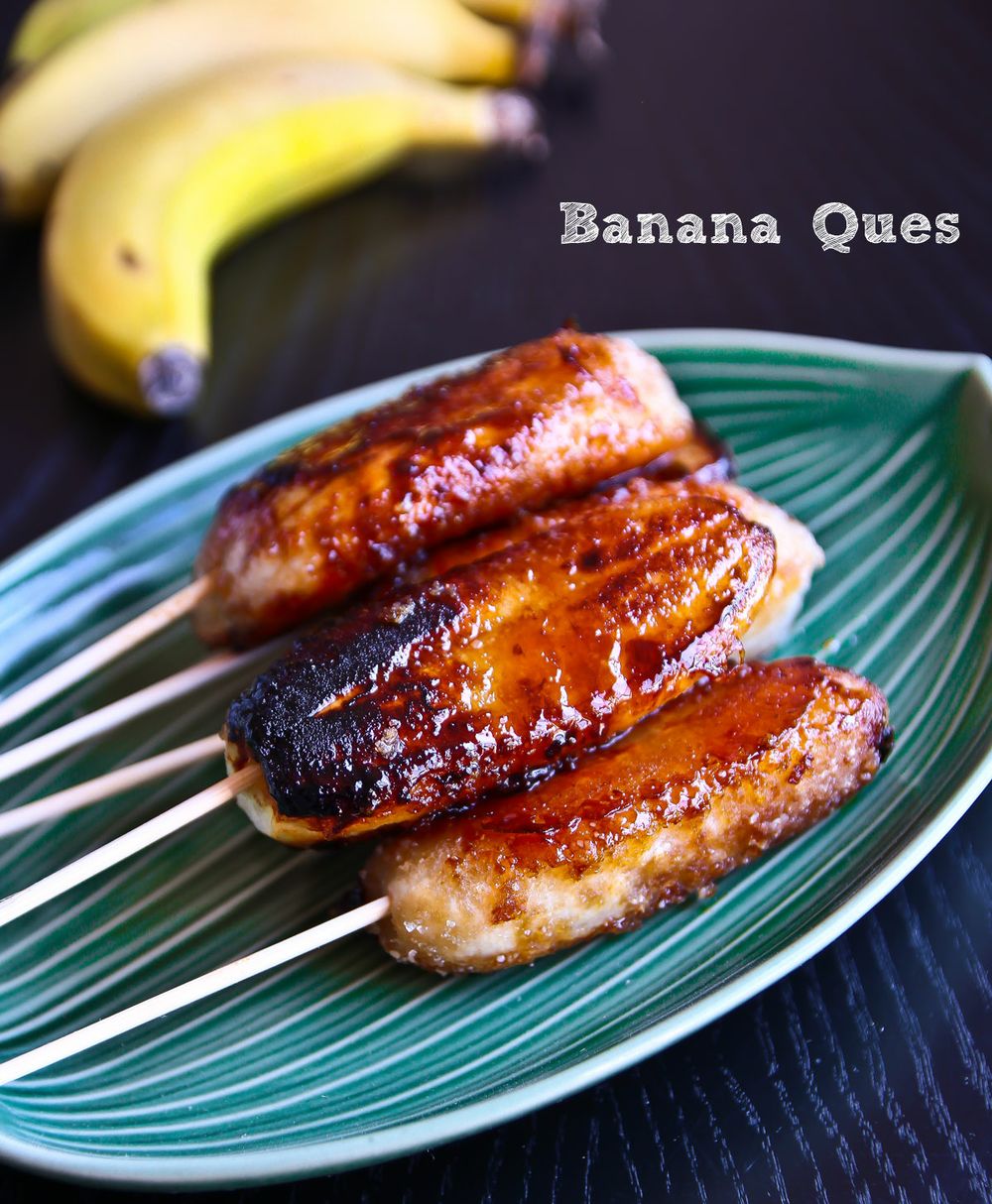 Quite a few years ago I used to lived in Japan where I taught English. I became friends with the other English teachers at the same school who came from Canada, England and the United States. Living next door to me was a nice girl from Seattle called Sarah. She was very easy going and I was me (i.e. highly strung, A- type) and the walls were very thin so we ended up hearing each other's telephone conversations and got to know each other's television viewing habits.

Sarah and I really did live life to different rhythms and her greetings always confused me. Every time we'd see each other coming home from work or going off to work, she'd say "What's up?" and I really struggled with a response. I'd feel the need to explain that nothing was amiss and that I was perfectly fine and didn't need anything nor was anything wrong. I only just twigged after a few weeks that it was just her way of saying hello and my little two minute explanation about my state of mind, body and spirit was about two minutes too long. I think I should have actually answered back "what's up" but to be honest, to this day I don't know what the appropriate response should have been. At a guess, perhaps "what's up?" 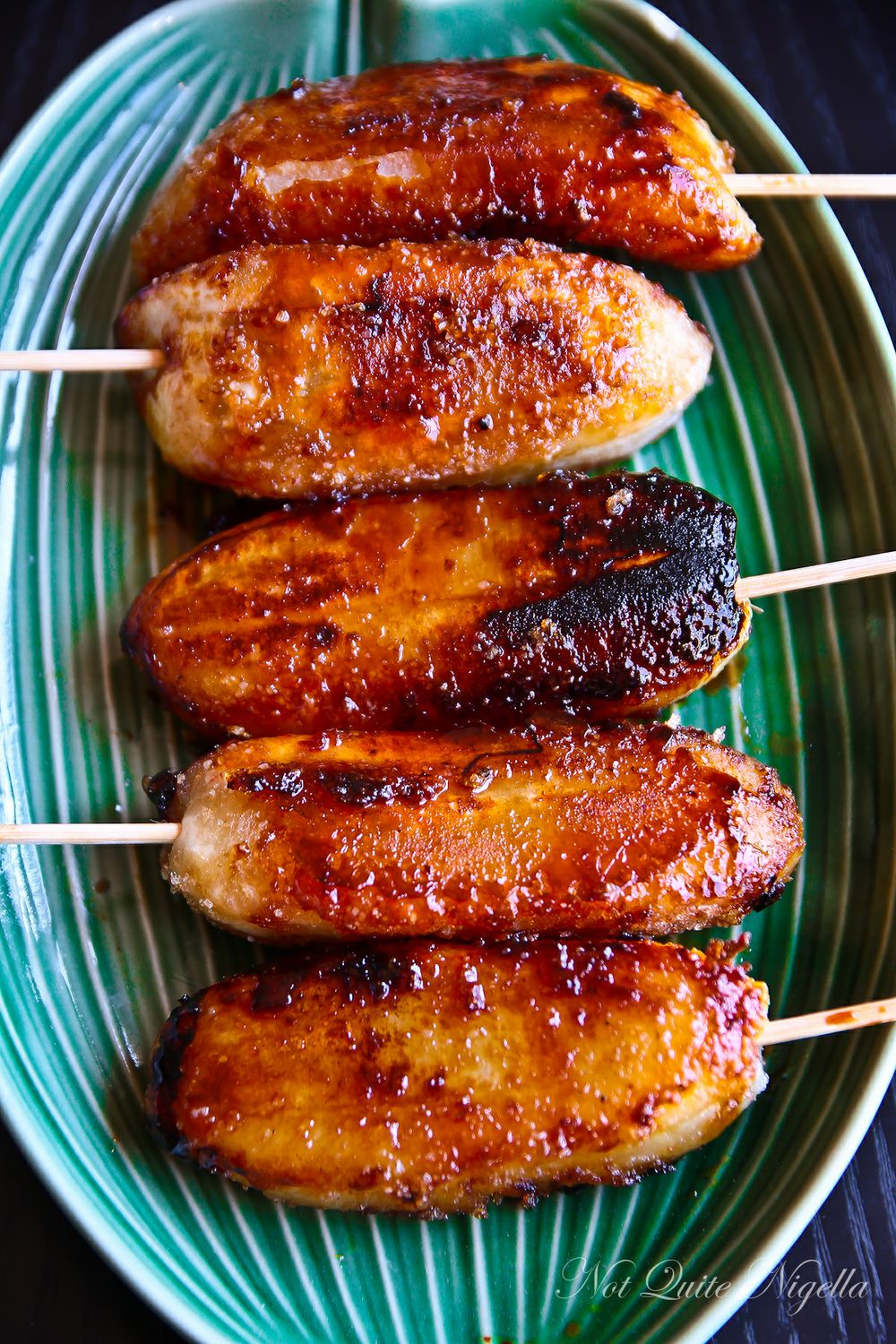 Similarly, when I saw Adrian's delicious recipe for Banana Que Pops I thought that que was another word and it was only days later that he meant that it was like a banana-que as in barbe-que. That was embarrassing especially when everyone else realised it straight away. These banana que pops are apparently a Filipino street food and are made using Saba bananas which are short and fat and quite floury. I actually found them quite easily at an Asian grocery store in the freezer and made them one day. I thought that they were delicious but the floury texture was almost taro like. 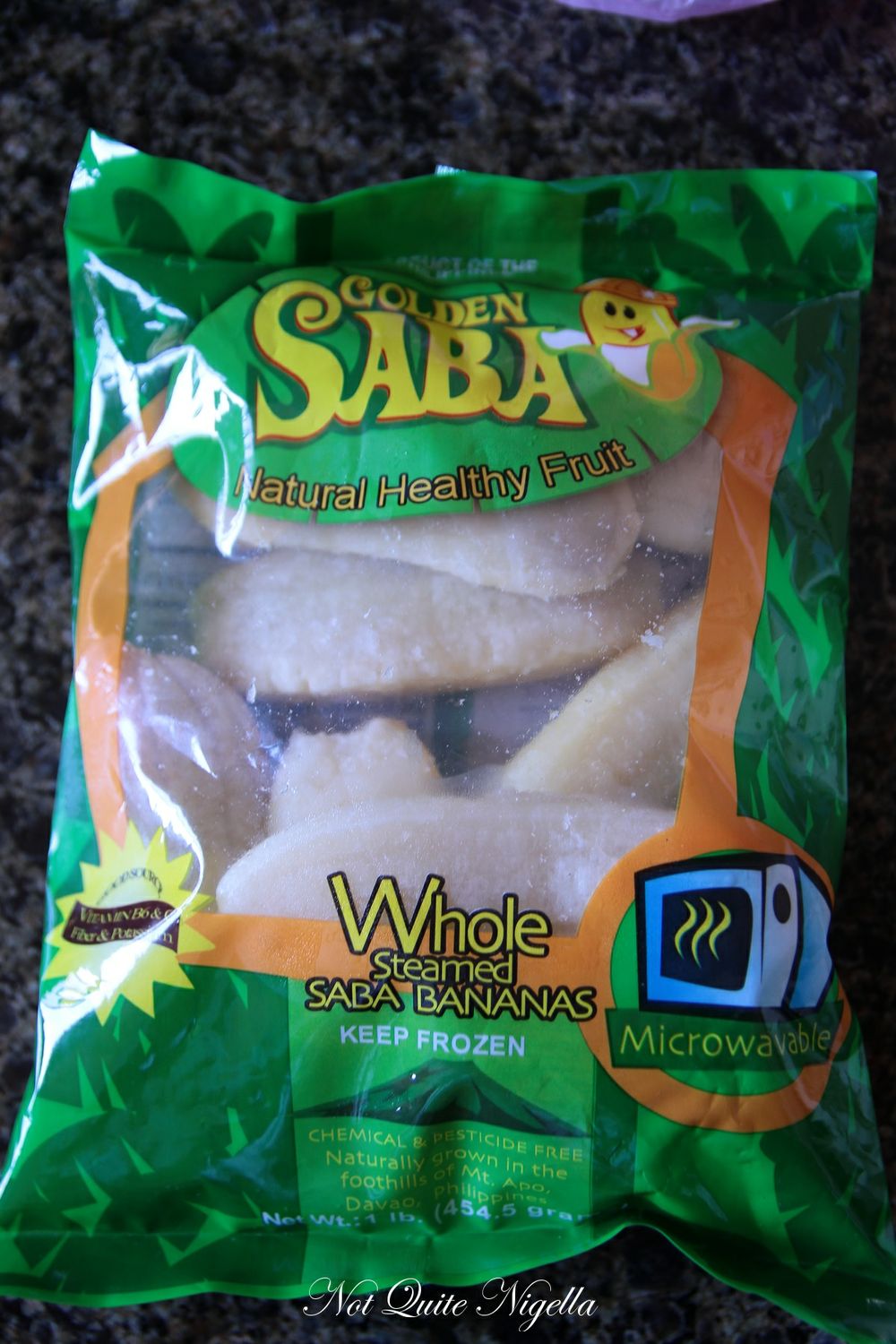 Now I don't wish to offend a whole nation but I thought that whilst I loved the caramelised outer, what would be even better would be if we used regular Australian bananas which are easier to find. We did a blind taste test and it was unanimous, whilst people liked both, the Australian bananas were preferred for their extra sweetness and creamy texture. If you want to try the authentic Filipino version, by all means try the saba bananas but if you find these hard to find, Australian bananas will do just fine-the caramelised coating is divine with the cold banana inside. Now if you'll excuse me, we're going to make some more this long weekend!

So tell me Dear Reader, what do you think would have been the correct response to "what's up?" And do you like grilled or cooked fruit or do you just eat it fresh?

Adapted from a recipe by Adrian Briones at Food Rehab 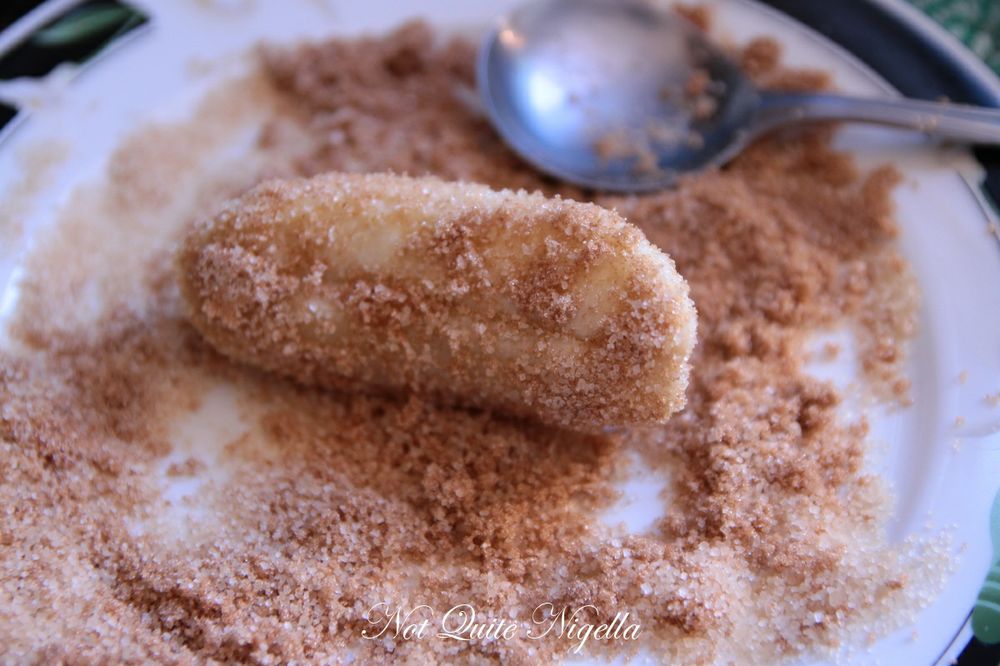 Step 1 - Heat a frypan pan or bbq on medium to high heat. Meanwhile, mix the two sugars together on a plate and roll the bananas in the sugars coating them well. 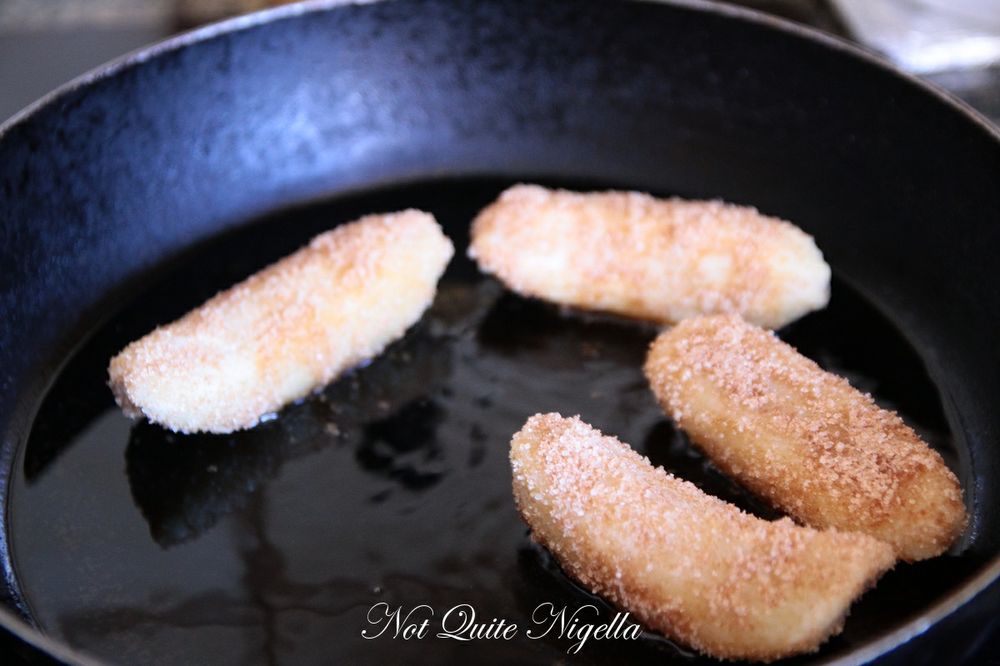 Step 2 - Add oil to the hot pan or bbq and dry them on each side for a couple of minutes until they caramelise. If you need to, sprinkle a bit more of the sugar on the banana before turning it over. Serve on skewers. 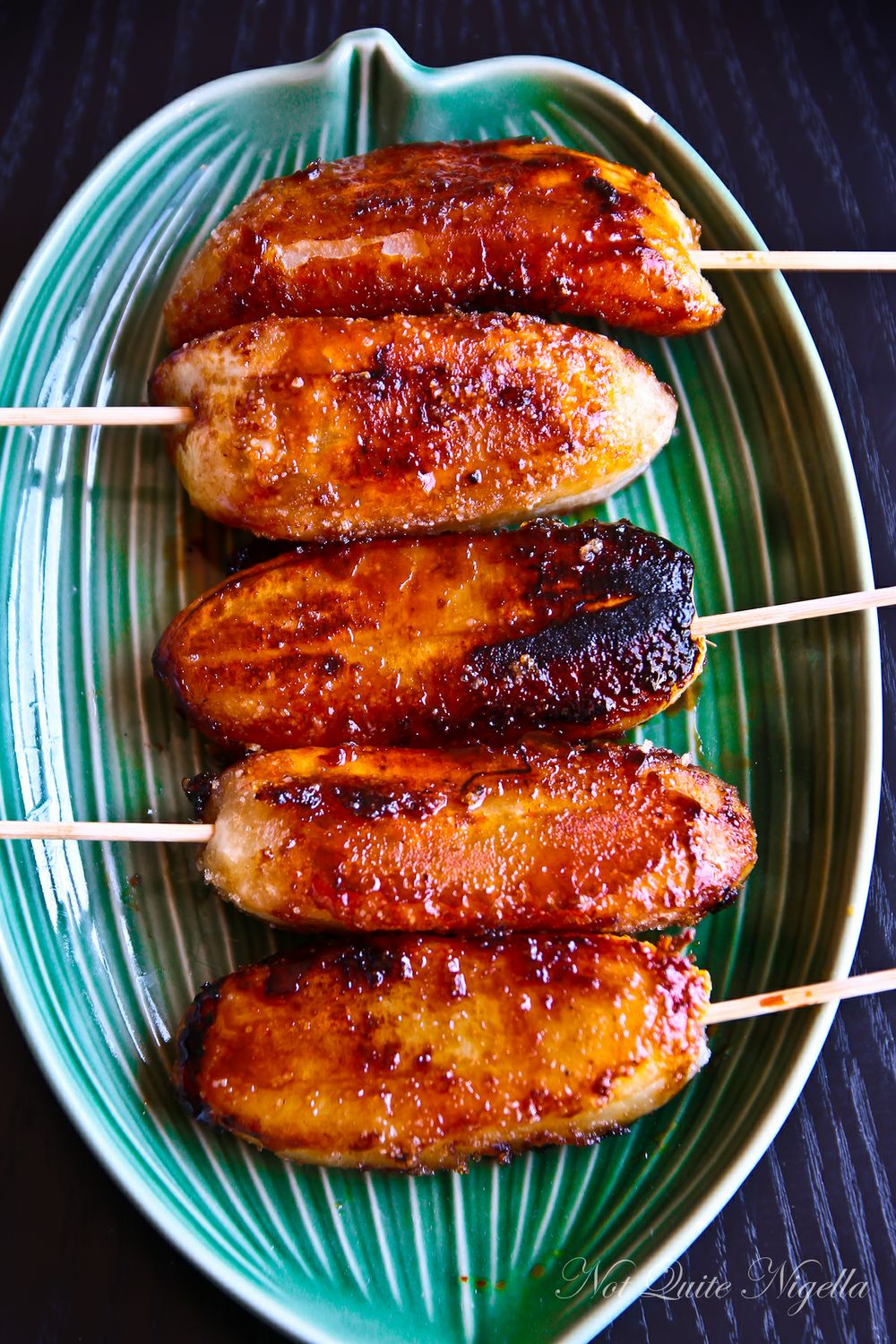