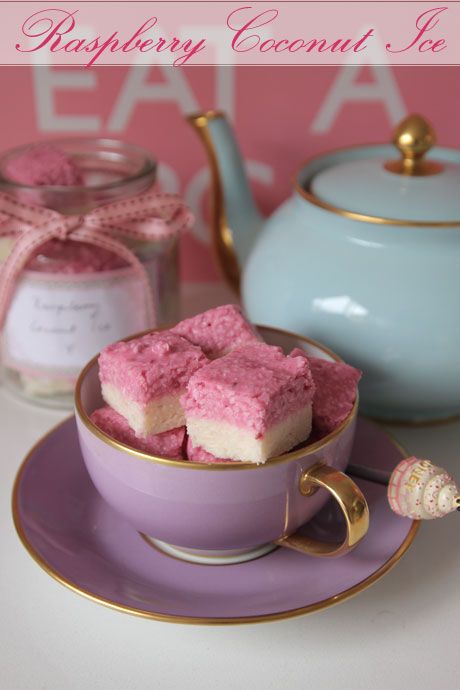 Do you remember when 10c bought you a treat that lasted in your memory for the longest time? That when you bought it, you retreated from from your friends and the rest of the world and sucked the existence out of a toffee (and in the process ate bits of waxed patty paper, a job hazard if ever there was one). Do you remember school fêtes that would offer an additional chance of culinary joy for children with trays of food that was ordinarily reserved for those fantastic things called birthday parties.

If you had asked me between the ages of 6-10 for my dream menu it would have consisted of: pink and white hued coconut ice, golden honey joys, light jam and cream filled sponge cake and pikelets with a jam and cream. Yes it appeared that I was a pint sized member of the Country Women's Association. Every time a fete was held I was given 20c and carefully, and with much consideration, I would buy one of these things based purely on size-whatever looked the biggest had to be the best. 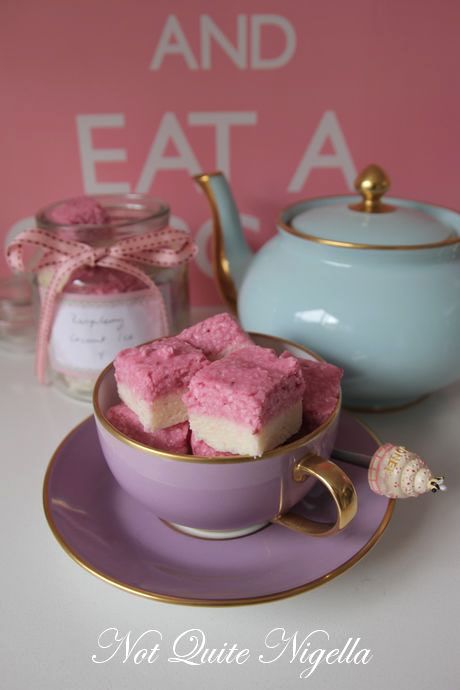 I even once bought my mother a present at one of these fêtes, a truly awful bottle of perfume called "Images". That day I gave up my sweets instead putting the 20c to buy the perfume for my mother (yes you can see what a good drop of perfume it would have been at that price ;) ). I was so excited at my purchase that I could barely hold it and I dropped it where it skittered across the concrete schoolground, down the playground hill with the bottle scratched and the lid cracked. My mother was diplomatic when she received it and even used it once or twice (never in outside company-noted!). I think she even still has the scratched bottle on her dressing table. Needless to say she doesn't use it now and we are all thankful of that. 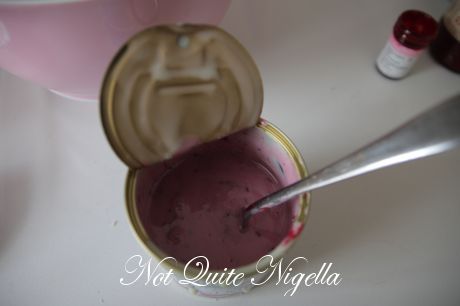 I loved coconut ice because it was sweet and it had my favourite colour pink in it although I haven't eaten it in many years.  When I came across a recipe for the coconut ice in the new Junior Masterchef cookbook I decided that it was the coconut ice recipe for me as it didn't contain copha but instead that deliriously delicious item called sweetened condensed milk. I wanted to give it a slight modern twist so I decided to make it a raspberry and vanilla coconut ice. It is a lovely flavour with the slightly tart raspberries against the jaw achingly sweet body. It is best refrigerated and served cold and I was pleasantly surprised when my memory of a very sweet treat came flooding back to me. It's a sweet with limits too, I think two pieces would do even the most hardened sugar addict. Unless you are busy reminiscing.

So tell me Dear Reader, what is your favourite fête or market food? 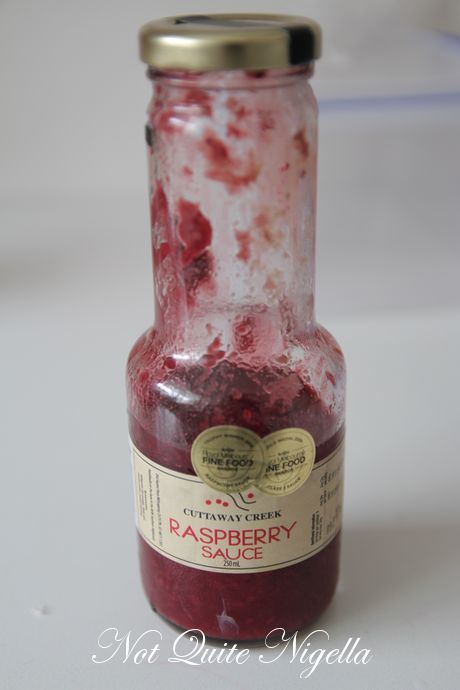 Step 1 - Lightly grease a square cake pan (I find that this is best using a smaller pan) and line base and sides with baking paper. Divide icing sugar between two bowls and then stir half of the coconut into each. Make a well in the centre. 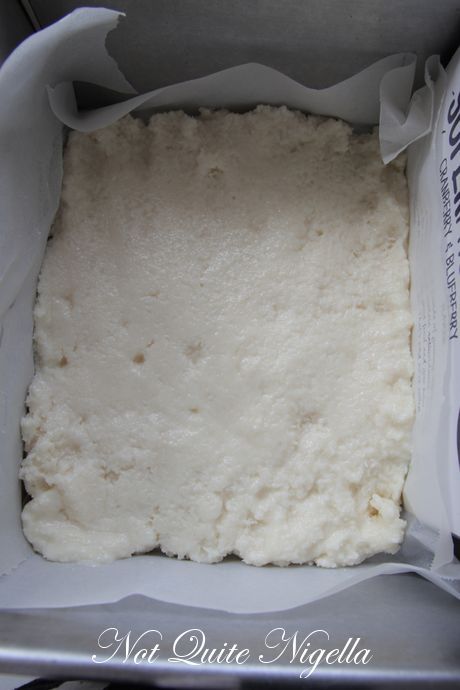 Step 2 - Divide the condensed milk and vanilla in two parts. Place one half into one of the bowls  and combine to coat the coconut. Press the white coconut mixture into the prepared pan and smooth over with some baking parchment.

Step 3 - Add the raspberry extract, pink colouring and raspberry puree to the other half of the condensed milk and vanilla mixture to the other coconut mixture and stir until the colour is well combined. I would hold back a few tablespoons of the milk mixture as you don't want the coconut to be too wet. If it is too hard to stir this use clean hands. Spread this over the white layer and smooth on top with baking parchment. Refrigerate for 2 hours or until firm. 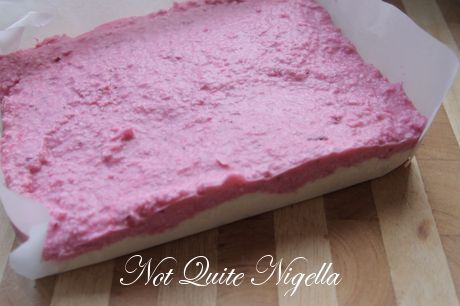 Step 4 - Once set, carefully remove it from the tin using the baking parchment and cut into squares or rectangles. Store in an airtight container for up to 5 days. 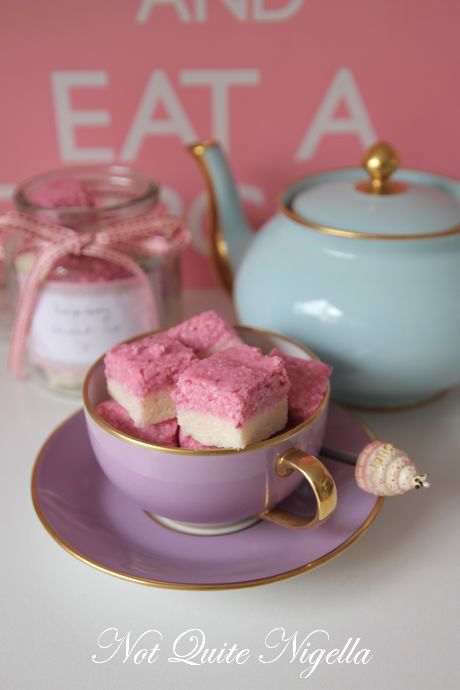