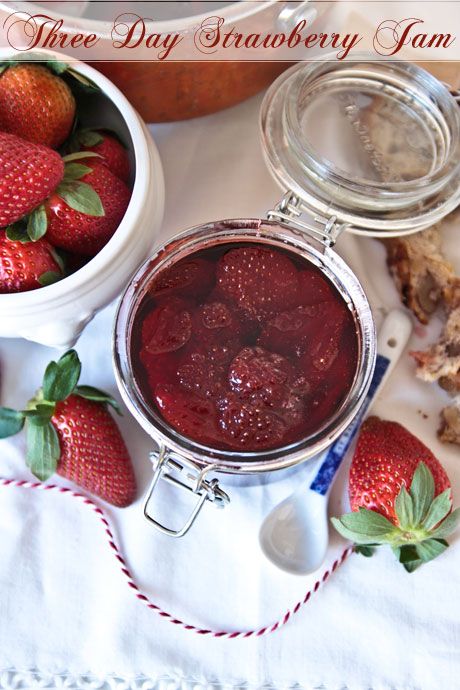 "You've got a great talent" Mr NQN said to me one evening.

I smiled, I wondered what he was going to say. Cooking? Singing (ok perhaps not)?

"You have a talent for getting in my way whenever I'm trying to do things" he said giving me a look. 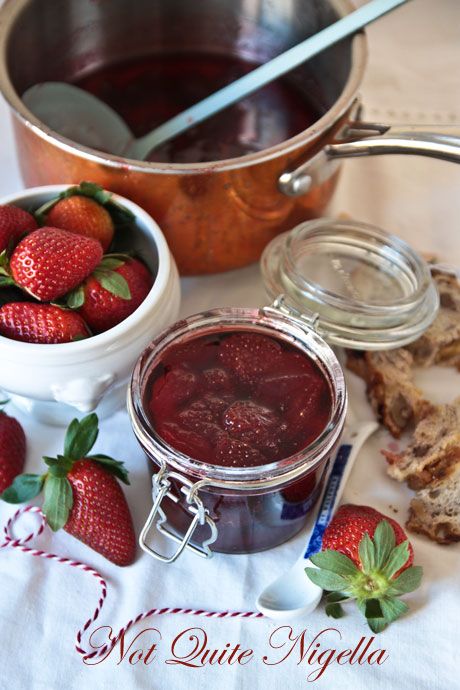 Hmmm... well that wasn't the sort of compliment I was expecting. But as Queen Viv calls me Pollyanna I took the compliment and ran with it. "Why thank you! I do try" I said sunnily while he shook his head pityingly at me.

It may be true that I do try and complicate things but that is not a route that I purposely choose. Also there are some things that on the surface appear complicated but in fact aren't which is actually a favourite combination of mine. Case was point was a recipe for three day strawberry jam from the new Rose Petal Jam cookbook that I was sent to review. It is a recently released travel memoir of a Summer in Poland by Beata Zatorska and Simon Target. It's a stunning book with evocative prose and photos reminiscent of Tess Kiros's Apples for Jam and makes you want to visit Poland and explore its cuisine and with each page you turn, you let out a sigh. 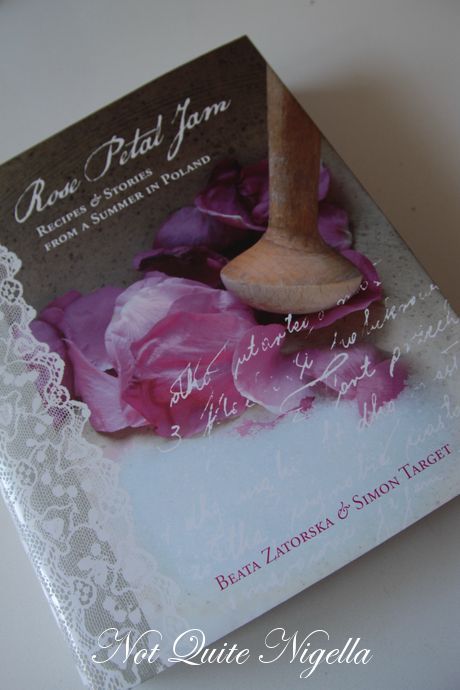 The three day strawberry jam was the second recipe that I tried from the book and it was spurred on by the glut of strawberries that we seem to have in the stores and markets. The first recipe I tried was their Polish poppyseed cake which I am sad to report didn't turn out at all. There was some technique missing from the instructions (like activating the yeast initially) and the result was something of an exploding, non rising disaster. However this jam seemed easy enough despite the protracted name. The method simply involves simmering the strawberries in an equal weight of sugar to release the juice and then leaving it on the stovetop. Then on the second and third day doing the same but on the third day you pour it into jars. 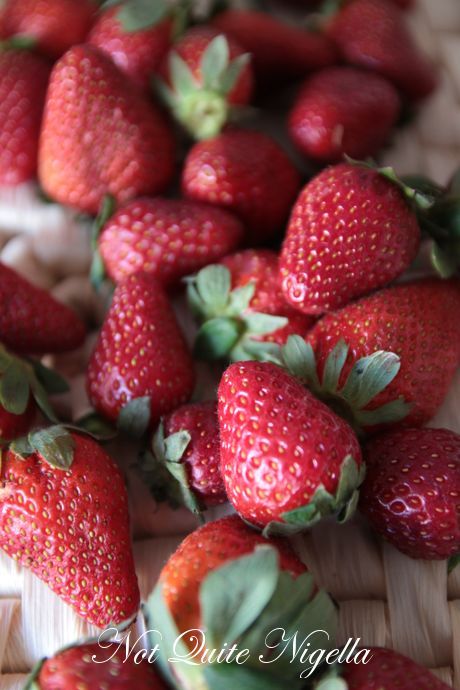 It's a slightly runny jam with extra liquid. This is because there is no pectin, apple seeds or peel added so that is to be expected in a way although I was surprised at how lusciously liquid it was. At first I thought that this couldn't go on a sandwich until I found a multitude of other things to eat it on-pancakes, crepes or icecream were three that immediately came to mind and I subsequently used it for. The book didn't specify how to sterilise the jars which is an important part of the canning process and this helps to ensure that your jams and preserves keep. So whilst I can say the book is stunning and makes a gorgeous gift, I do think some of the recipes lack crucial details for success. But this jam worked once I used my own instructions for sterilising the jars and I adored how chunky the fruit was, how delicious the syrup was as well as how easy the jam was to make.

So tell me Dear Reader, do you ever buy cookbooks just to look and pore over the photos? What's your favourite cookbook for photos? 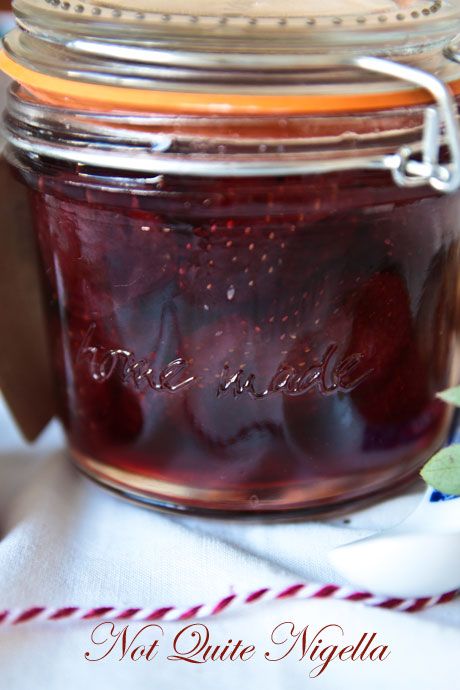 Adapted from Rose Petal Jam: Recipes and Stories from a Summer in Poland published by Tabula Books RRP$49.99 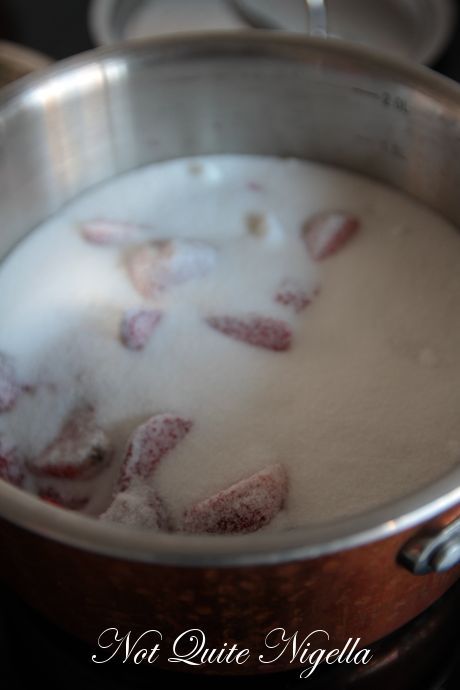 The strawberries and sugar first cooking 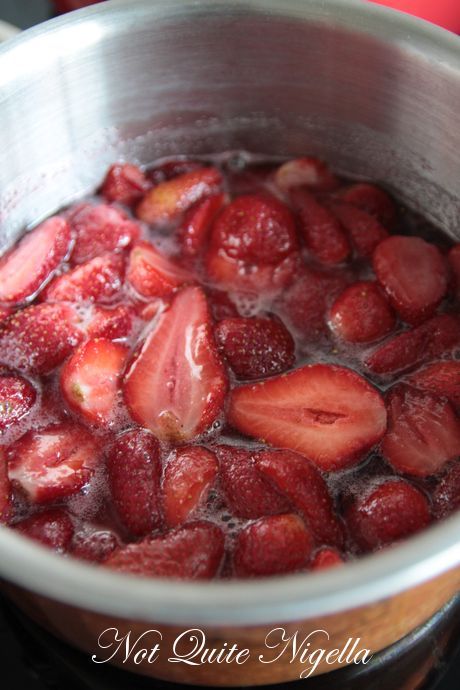 Day 1: After the first cooking process

Step 1 - Wash and dry strawberries. Remove the calyx and cut in half and place in a  heavy bottomed saucepan. Add in the caster sugar and set on low to medium heat shaking the pan to distribute the sugar. The strawberries will release juice and form a syrup with the sugar. Scrape the vanilla seeds out of the vanilla pods if using and add to the pot. Leave to cool on the stove with the lid on. 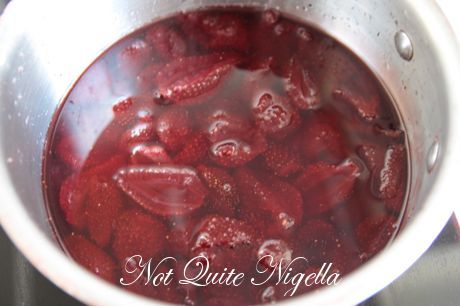 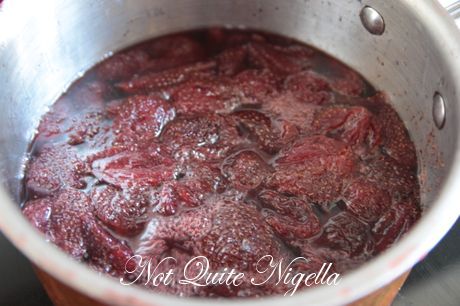 Day 3: Boiling on the third day

Step 2 - The next day remove any scum that may have come to the surface if there is any (there wasn't any on this batch) and reheat the mixture and simmer for 20 minutes again then cool on the stovetop. Repeat the process on the third day but while it is still hot, place it in the sterilised jars and fit with the lids. Turn upside down to create a seal and then right side up again. Using gloves as it will be hot try and turn it tighter by one go. 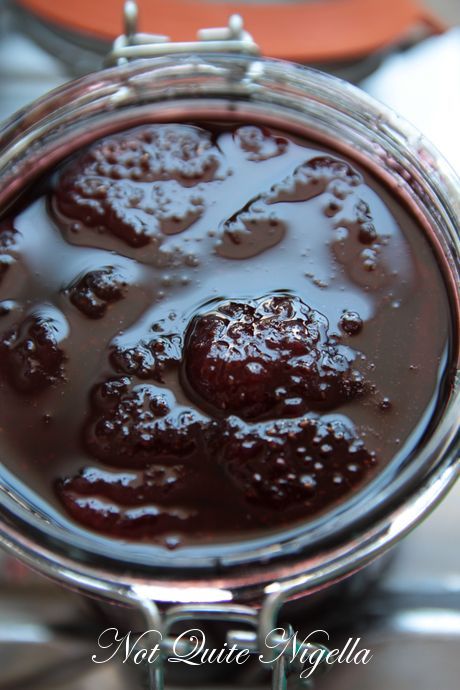 The finished jam and syrup 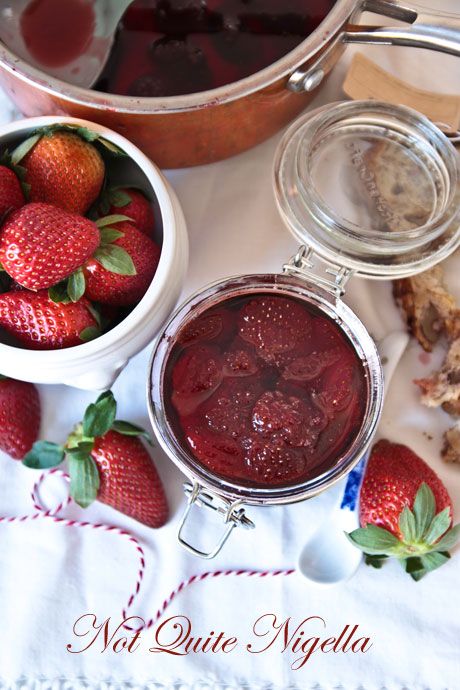