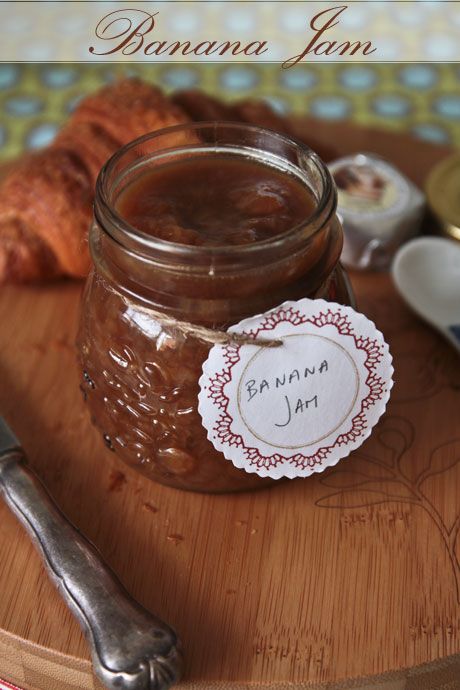 Enough about me and my childhood for a moment which seems boring in comparison to what I'm about to tell you. I should probably tell you more about Mr NQN's formative years as they make him the mysterious man he is today. As part of a hippie family, Mr NQN and his family lived in the some of the top hippie destinations of Northern NSW. Born in Byron Bay he lived in Mullumbimby, Bellingen, Thora and Rosebank. They lived in converted sheds, buses, teepees, yurts (I'm not making it up!) and occasionally an actual house.  Occasionally they lurked into mainstream society. Here is one instance below-when the family thought that they should have a family portrait taken. Note Mr NQN's father's carefully groomed hair. Everyone was fancied up that day.

The Elliotts-Mr NQN on the far left (and yes he looks like Justin Bieber at that age!)

The Elliott children ate nothing but raw vegetarian food for the first years of their lives which meant that vegetables, fruit and nuts made up most of their diet. Mr NQN's parents held jobs at Steiner schools and between stints teaching his father also grew biodynamic bananas professionally. Talk to any Elliott sibling about bananas and their eyes will glaze over, "Dad grew the best bananas..." they would say. It was probably true, most bananas are picked green and then gassed to ripen them but the family would have eaten bananas that were picked when ripe and  the sugars naturally and fully developed. 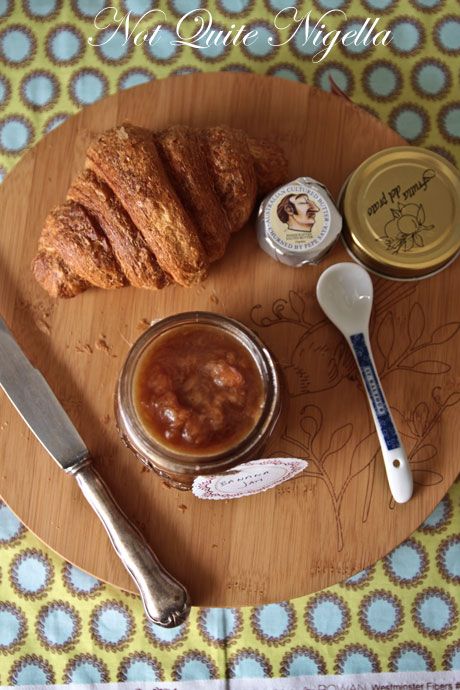 Later on growing up in Coffs Harbour, Mr NQN's little brother The Assman (who wasn't yet born when the family portrait was taken) took a job at The Big Banana as the train driver and it was some years after he had finished working there that I visited there with my fabulous friend Julie who lives in Coffs Harbour. The lovely general manager Drew gave me a recipe for banana jam which I excitedly took with the knowledge that bananas were actually quite expensive at the time and I saved it for when bananas had gone down in price. I also met his delightful wife Corrine and their two kids. Corrine runs a cafe in Coffs Harbour called "The Pantry Café" where she serves the Lumberjack Cake and Cloud Cookies from my blog and she declares the Lumberjack Cake their best selling cake :)

Bananas have finally come down in price and in my excitement at seeing them I may have bought too many so I decided to make the banana jam with my oversupply. It really works best with ripe bananas but these bananas worked just fine. I tweaked the recipe a little using brown sugar rather than white as I think bananas and caramel are a magic combination together and lo and behold the jam was a delectable combination of sweet caramel and banana flavour. Mr NQN adores it on bread (slathered thick of course) and I put it as a yogurt topping as it's sweet but not cloyingly sweet.

So tell me Dear Reader, did you still buy bananas when they were really expensive or did you forego them? And have you ever lived in alternative accommodation? 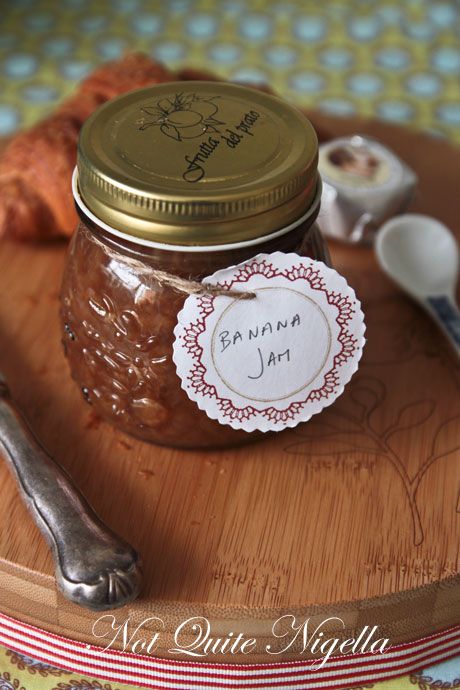 Adapted from a recipe from the Big Banana, Coffs Harbour 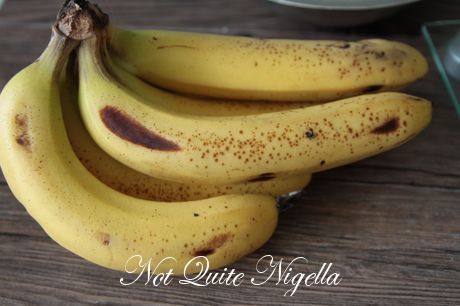 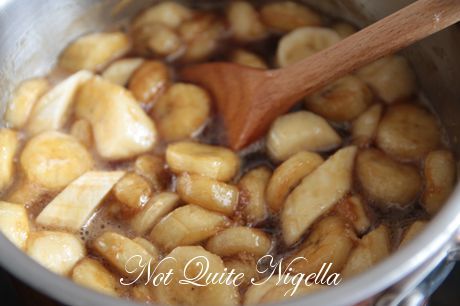 Step 1 - In a large saucepan add the brown sugar, water, lime juice, butter and salt and heat until the sugar has dissolved and is boiling. While this is heating up, remove the skins and slice up the bananas. 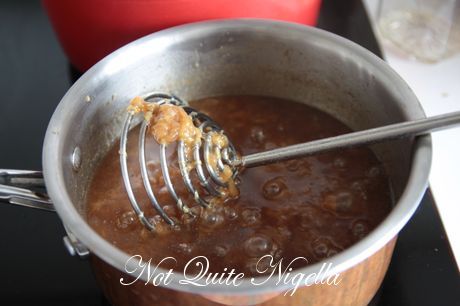 Step 2 - Add bananas to the brown sugar syrup and simmer on medium heat for 25-20 minutes stirring during this time and breaking up the banana pieces with a potato masher. Keep simmering until the mixture thickens (it will thicken the more you mash the bananas). Add the vanilla extract and while hot, place in sterilised jars* and screw the lid on tightly. Tip upside down and then right side up and this should create a seal (and the top will pop when you open it). The jam will last in the fridge for 1-3 weeks. 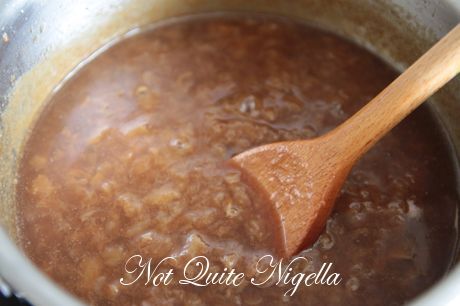 *To sterilise jars, heat glass jars and metal lids in a 180C/350F oven for 10 minutes and allow to cool ensuring that you don't touch inside the jars. 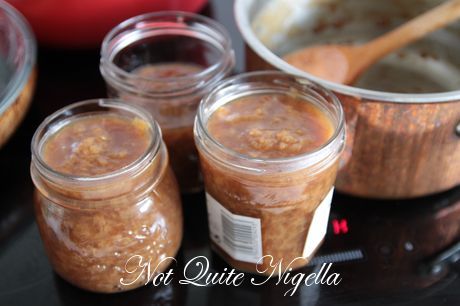 Chopping board from Dandi 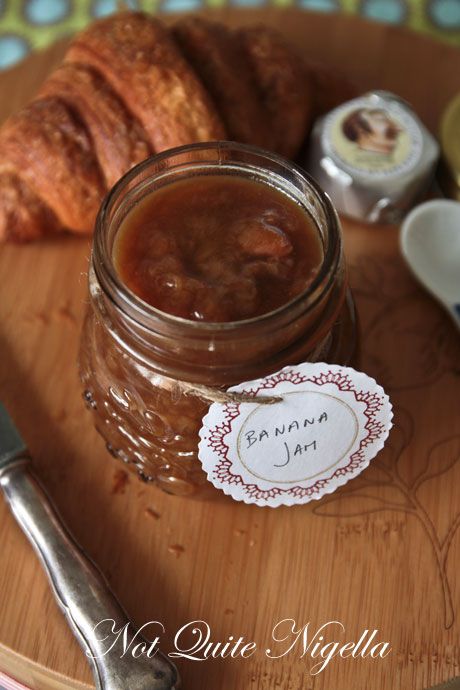