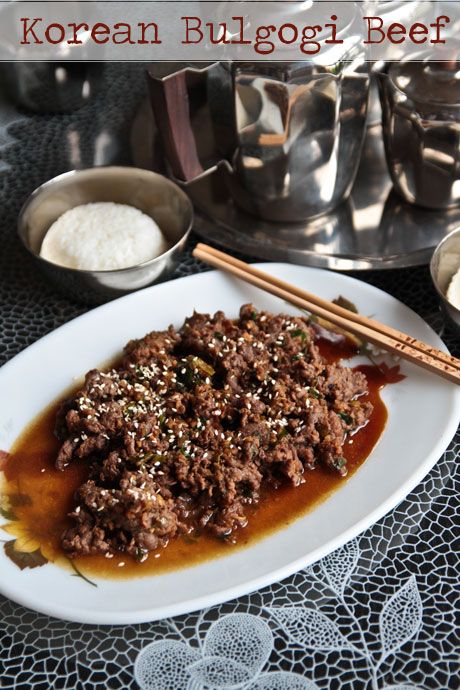 "I gave her the recipe" the woman sitting in front me at the movies said to her friend.

"_You _shared _your _recipe? I've been asking you for the recipe for over a year!" the other woman exclaimed, hand to her décolletage in an outraged and offended manner.

"Well I had to, she was the Graham's boss's wife" she said grudgingly and then sniffed and turned away. She turned back to her friend a few seconds later and said "but I left out two of the most important ingredients!" They both giggled conspiratorially and I hid a little smile.

Many protect their recipes like they were precious secrets-I understand the instinct to protect them but doing what I do, I'm always one to share a recipe, after all what would the blog be if I had left out the secret ingredients that turn a pale recipe into a blockbuster? And I'm always so delighted when I meet people that are generous with a recipe or a secret cooking tip too. When I met Mrs Kim through her daughter in law Rochelle who is engaged to one of Mr NQN's friends, Mrs Kim's son Kevin (long story) I asked Mrs Kim if she had a recipe for bulgogi beef. My entire family, and including my "Cantonese only food" father love the perfectly seasoned, umami flavours of the bulgogi beef marinade and the tender beef and had only seen marinade mixes in bottles at the store. 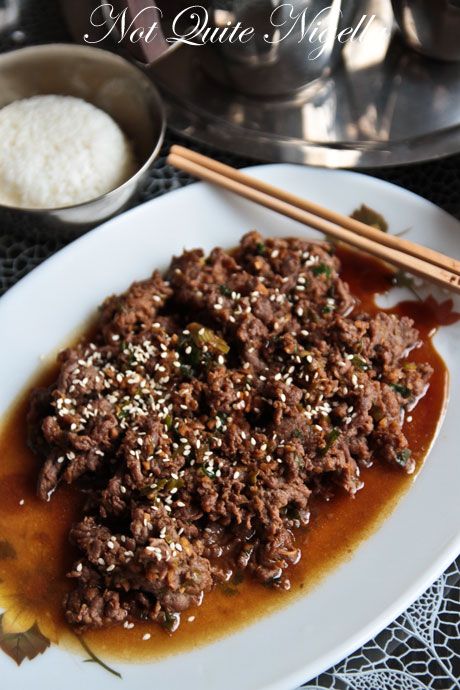 "Oh that's easy!" Mrs Kim said to me laughing and I took out my notebook and a pencil and happily took down her recipe. It was fabulously easy and could not wait to go to the store to buy the ingredients. As my parents are newly converted lovers to bulgogi beef traipsing off to the south western suburbs to buy the meat and cook it at home, my mother was curious to see what it was like.

Using a pre sliced beef the process for creating the marinade took  all of five minutes (it would take about 10-15 minutes if you were slicing the beef yourself tops). The aroma of the meat was fantastic and the frying was literally a matter of a few minutes as the beef was sliced so paper thin that it didn't require much time. In fact cooking the rice took the longest time.

We dipped our chopsticks into the rice with the beef. By George Mrs Kim had done it, she had given us a fantastic bulgogi beef recipe. The beef was richly flavoured, the sauce divine and the plain steamed rice was the perfect foil for the tender meat. Even my father who loathes new things came back for third helpings-something rare enough for my mother to notice and comment on.

So tell me Dear Reader, are you a recipe sharer or keeper? 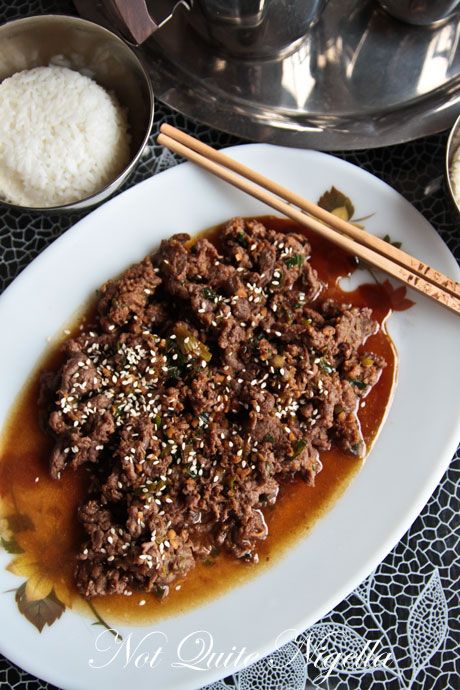 Adapted from a recipe by Mrs Kim

Preparation time: 5-15 minutes (plus marinating overnight or during the day)

Buyer's tip: you can buy the ground sesame seeds from Asian grocery stores. Mrs Kim definitely recommended buying this and using it for an authentic flavour. You can also buy thinly sliced beef at Asian grocery stores (usually in the freezer section). 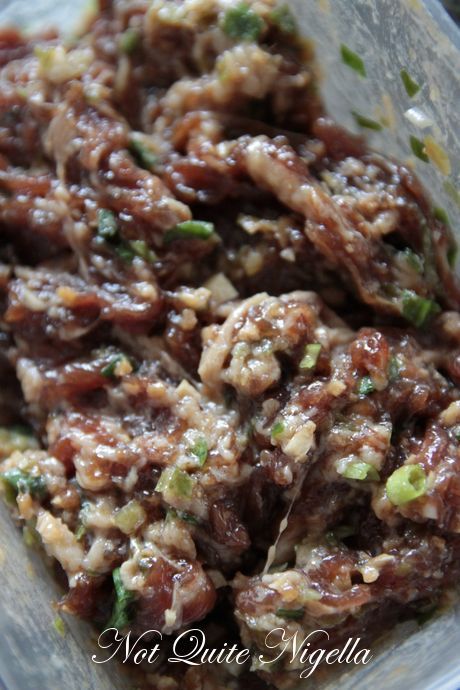 Step 1 - Slice the scotch fillet very thinly-it is easier to slice thinly if it is semi frozen. You can also buy thinly sliced beef at Asian supermarkets in packets (which is what we used). Combine the rest of the ingredients* except for sesame oil  and sesame seeds* in a bowl and mix together. Marinade beef in the mixture overnight. 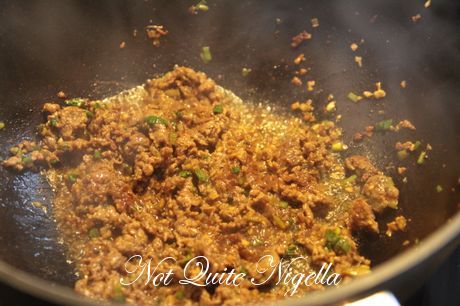 Step 2 - Heat a barbecue, grill or a frypan onto high heat. Add the sesame oil to the beef mixture and mix to distribute. Add the vegetable oil and fry the beef until browned and cooked through. It will cook quite quickly as the pieces are very thin. Sprinkle with sesame seeds and serve with boiled rice. 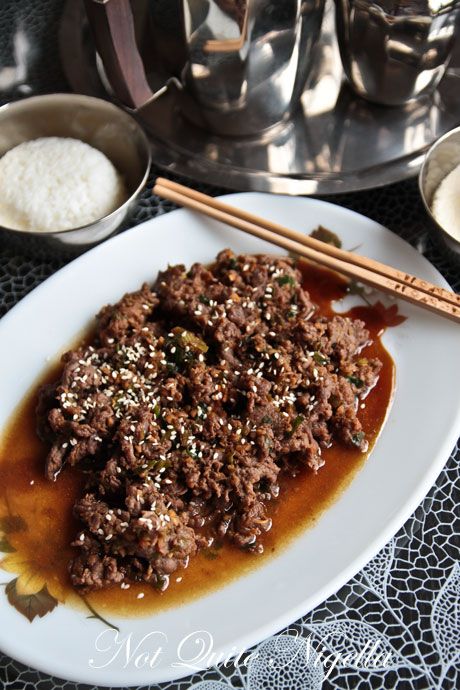