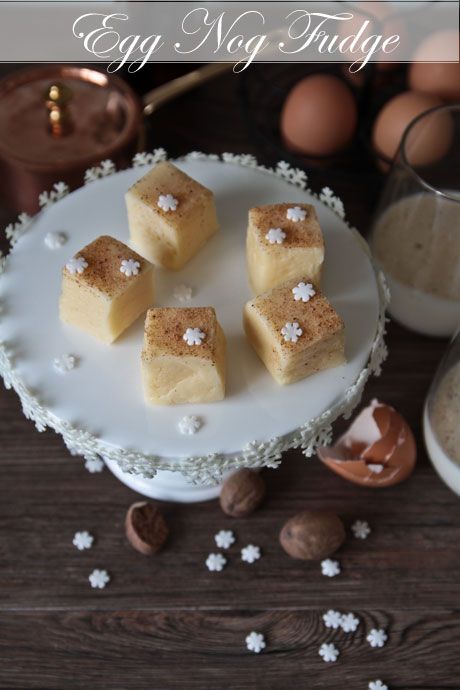 My family were rather strange eaters when we were growing up. My father wanted nothing more and nothing less than Cantonese food whereas the rest of my family and I craved other things. We'd watch ads on television where families sat down to roast dinners and vegetables and wistfully gaze at the images of families eating roast dinners wishing that one day we could try them. 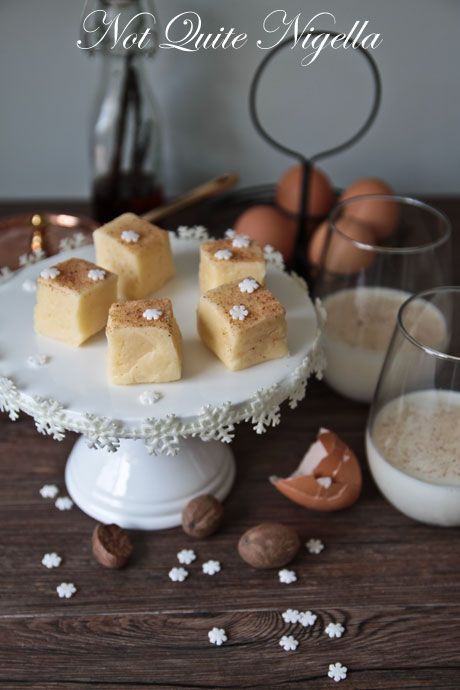 Some days, and I suspect days when my parents just couldn't be bothered putting up resistance, my sister and I were allowed to cook. And before you think I'm going to regale you with some tales of culinary prodigyness, let me assure you that the extent to what we would cook would be emptying out a tin of baby carrots and peas into a saucepan and then serving it with a coq au vin. A bizarre combination but with no blueprint to base it on, we were just thrilled that it wasn't a Cantonese dish. There were no noses turned up at it from anyone, we all enjoyed the dishes, perhaps just for the novelty. 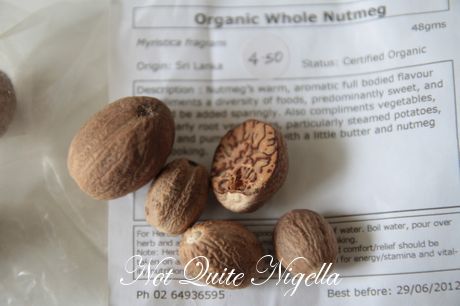 I was at a friend's house when I first tried eggnog. I had never had it before because my parents are of the thinking that alcohol is the first step to going to hell (I'm not kidding, follow this with some gambling and they'd likely institutionalise you ;) ). My friend's mother however, did not subscribe to that theory and I think that she loved the extra brandy kick she could get during the Christmas season to help her cope with two bratty girls. I tried the eggnog and was fascinated by it. I loved the flavours of nutmeg, brandy and rum and when she told me that it had raw egg in it (after I drank it), I was too far in love with it to reconsider my position. And it's always a combination of flavours that puts me in the same mood as my friend's mum-jolly under times of extreme stress. Sometimes you just have to find your joy when you can. 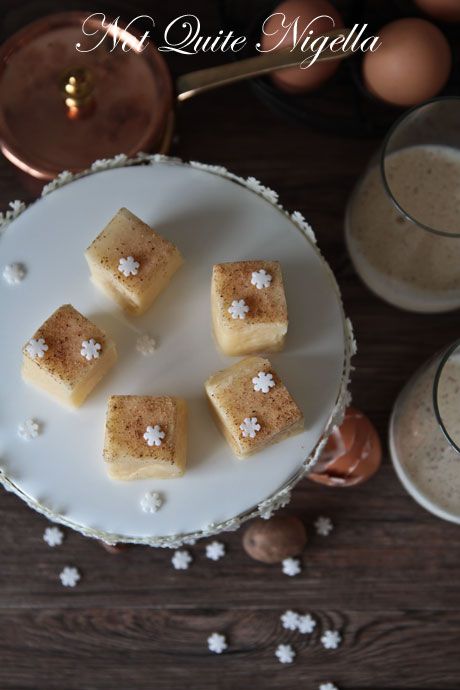 I was intent on making some things for Christmas presents and I thought what if I could give people eggnog?! No, perhaps not, after all it brings with it logistical problems with carrying glass bottles of something containing egg and dairy. But what if I could get those same flavours but in a shelf stable item like judge? Fudge is shelf stable, Christmassy enough, fits in a hamper and also carries the flavours perfectly!

This recipe for eggnog fudge is based on my never fail fudge recipes-humidity, the astrological planes or the cosmic universe cannot affect this and it will set no matter what. The nutmeg, brandy and rum evokes the flavour of eggnog but of course there is technically no egg in this. Just a smooth, creamy fudge with a good dash of joy under times of extreme stress!

So tell me Dear Reader, do you like eggnog? And how are you travelling towards Christmas this year? Stressed or calm? 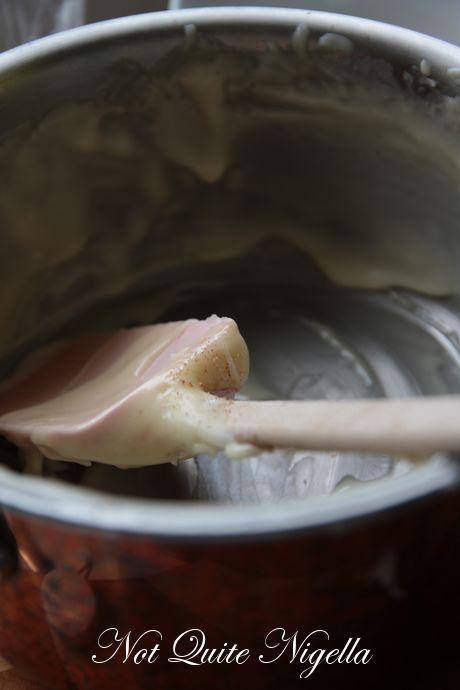 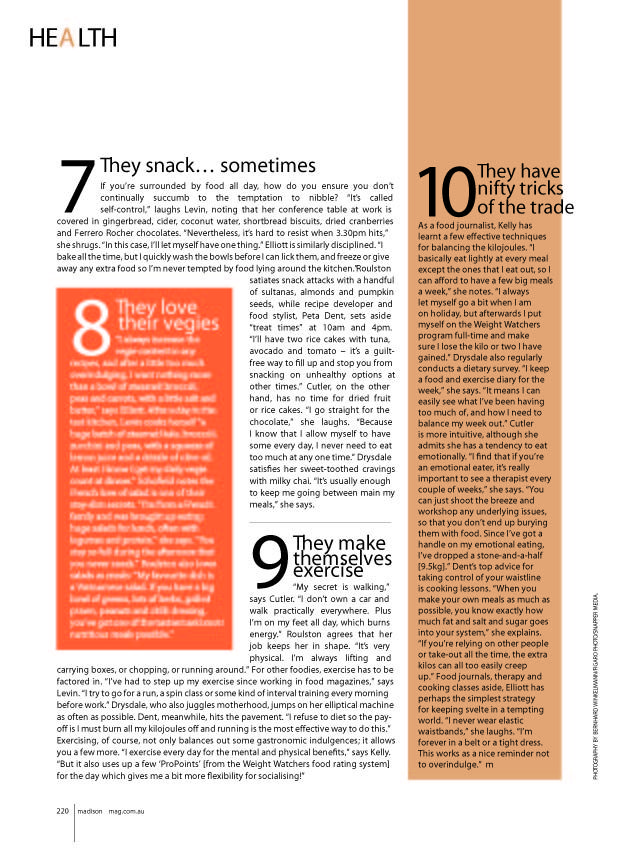 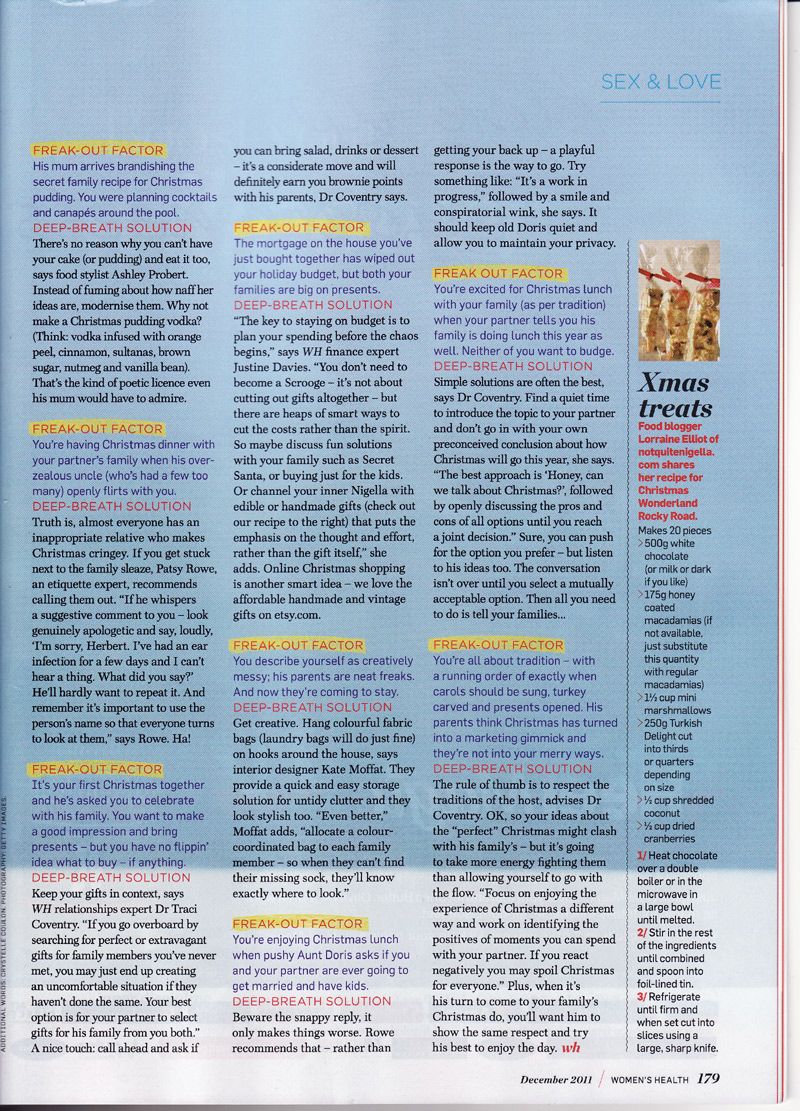 P.S. I have a couple of delightful press mentions to share with you. In one story I talk to Madison magazine  about diet tips during the festive season and Women's Health featured my white chocolate rocky road (hehe and yes I get the irony in that :P ). And in case you're stuck for other food gifts there are some extra ones here! White chocolate Rocky Road, Snickers Rocky Road, Christmas Wonderland Pocky, Cinnamon Cookie Christmas Wreath, Mont Blanc Coconut Macaroons, Salted Pretzel Toffees  and of course this year's Chocolate Crunch Cake. 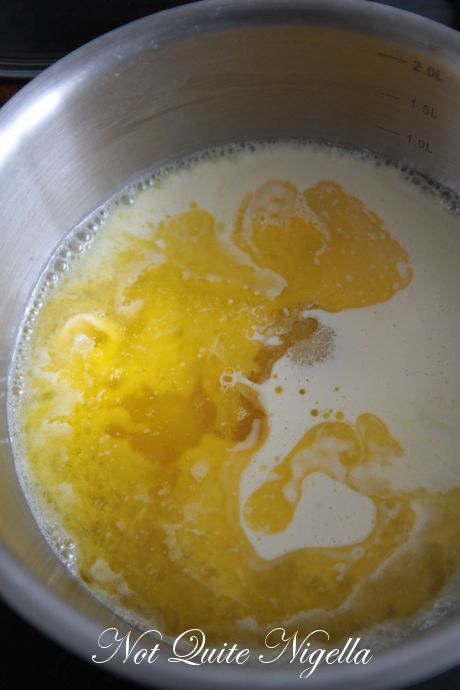 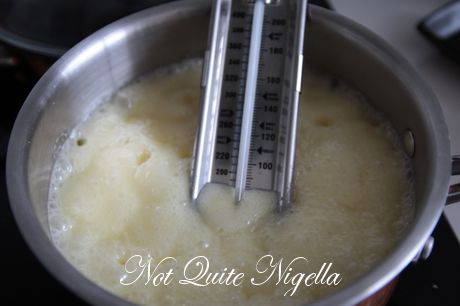 Step 1 - Line a large loaf or a square tin with parchment paper and have all of your ingredients weighed out. In a  heavy bottomed saucepan, place the cream, butter and sugar and dissolve the sugar on a medium-high heat (I put my stove on setting 7 out of 10). Place a sugar thermometer in the saucepan and wait until it reaches 118C/238F (soft ball stage). Be careful as the mixture is very hot. 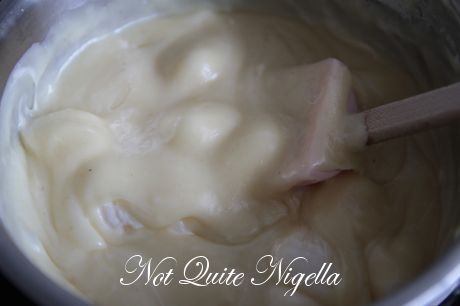 Step 2 - Once it has reached the temperature, turn the heat down to low (I put it on setting 3 out of 10 on my cooktop) and add the white chocolate and nutmeg, stirring until melted through. Then add marshmallows and then finally the brandy, rum, cinnamon, nutmeg and vanilla and stir well to combine. The marshmallows will take a few minutes to melt down, just keep stirring while on the heat. Then when the marshmallows are totally melted, carefully (it's hot!) pour into the lined loaf tin, cool and allow to set in the fridge. Sprinkle with extra grated nutmeg. Once it cools completely in the fridge, it will be set and you can slice it up into pieces using a sharp knife. 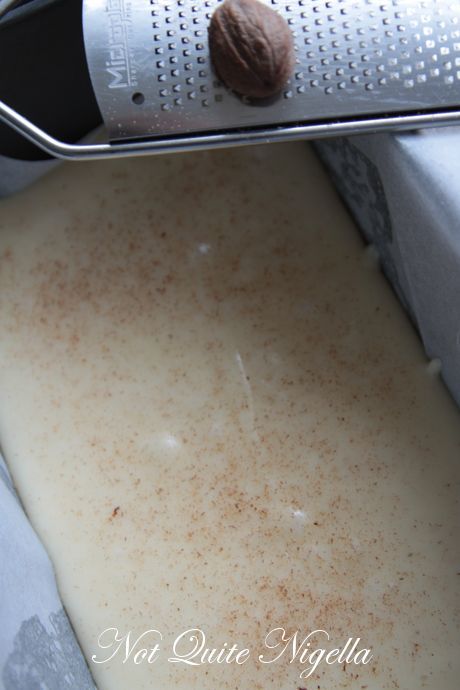 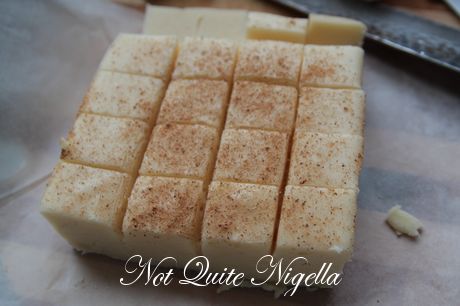 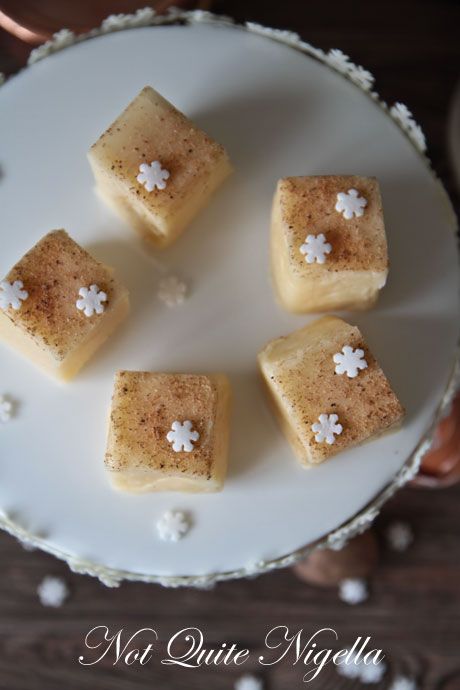