Win 1 of 5 Double Passes To See Jiro Dreams of Sushi! 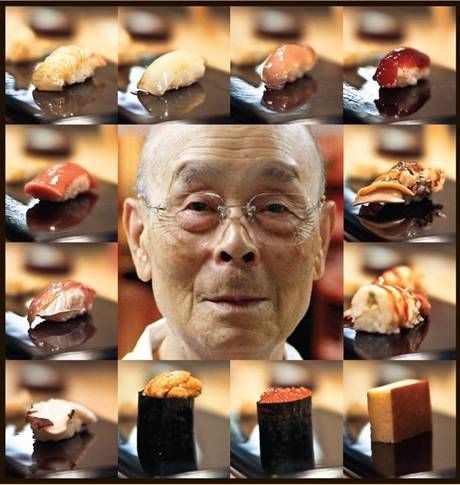 I'm not a huge romantic comedy person and instead I adore documentaries because I truly believe that truth is stranger, or at least more intriguing than fiction. One movie that I have been eager to see is the acclaimed film Jiro Dreams of Sushi. It is "a quiet yet enthralling documentary that chronicles the life of Jiro Ono, the most famous sushi chef in Tokyo. For most of his 85 years, Jiro has been perfecting the art of making sushi. He works from sunrise to well beyond sunset to taste every piece of fish; meticulously train his employees; and carefully mould and finesse the impeccable presentation of each sushi creation.Although his restaurant Sukiyabashi Jiro only seats ten diners, it is a phenomenon in Tokyo that has won the prestigious 3-Star Michelin review, making him the oldest Michelin chef alive."

Thanks to Curious Distribution, five lucky Not Quite Nigella readers will win double passes to see Jiro Dreams of Sushi!** For a chance to win all you have to do is tell me what your favourite sushi is! Simply add your answer as a comment to the story. This is a short competition as the movie commences on May 10th so it will end at midnight AEST on the 12th of May, 2012. You can enter this  competition once daily and it is open to anyone within Australia.

Screening information: Jiro Dreams of Sushi is screening in one cinema per city as it is a small and exclusive release. The Sydney cinema is the Chauvel. Adelaide is Palace Nova Eastend. Brisbane is Palace Centro. Perth is Cinema Paradiso. In Melbourne the film has already opened in late March at the Como.