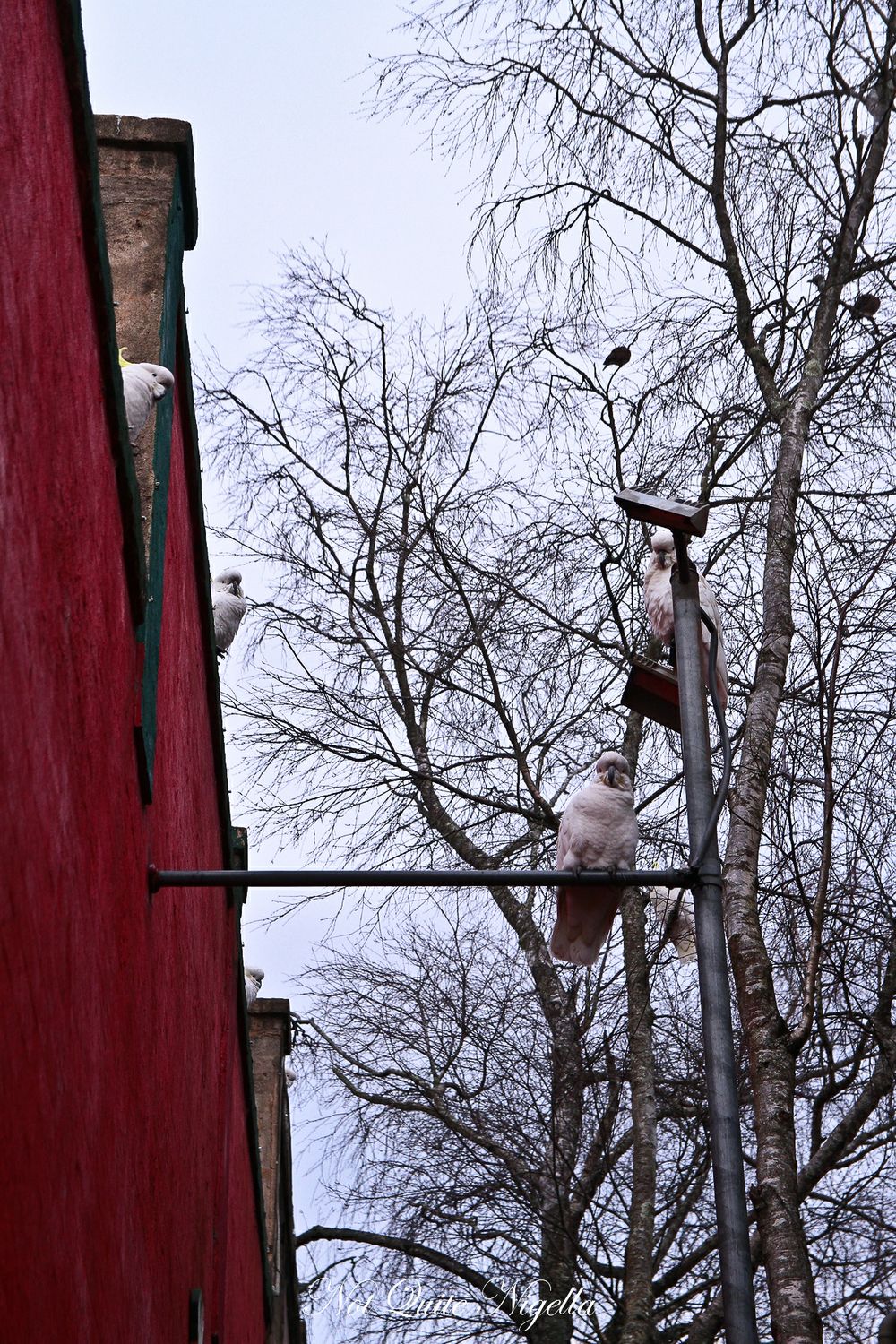 "Why can't we ever do nothing?" Mr NQN always asks me.

"Because there are always a thousand things to do" I always answer him.

"But boredom is good for creativity" he argues.

"Yes but a result of creativity is more work!" I counter. 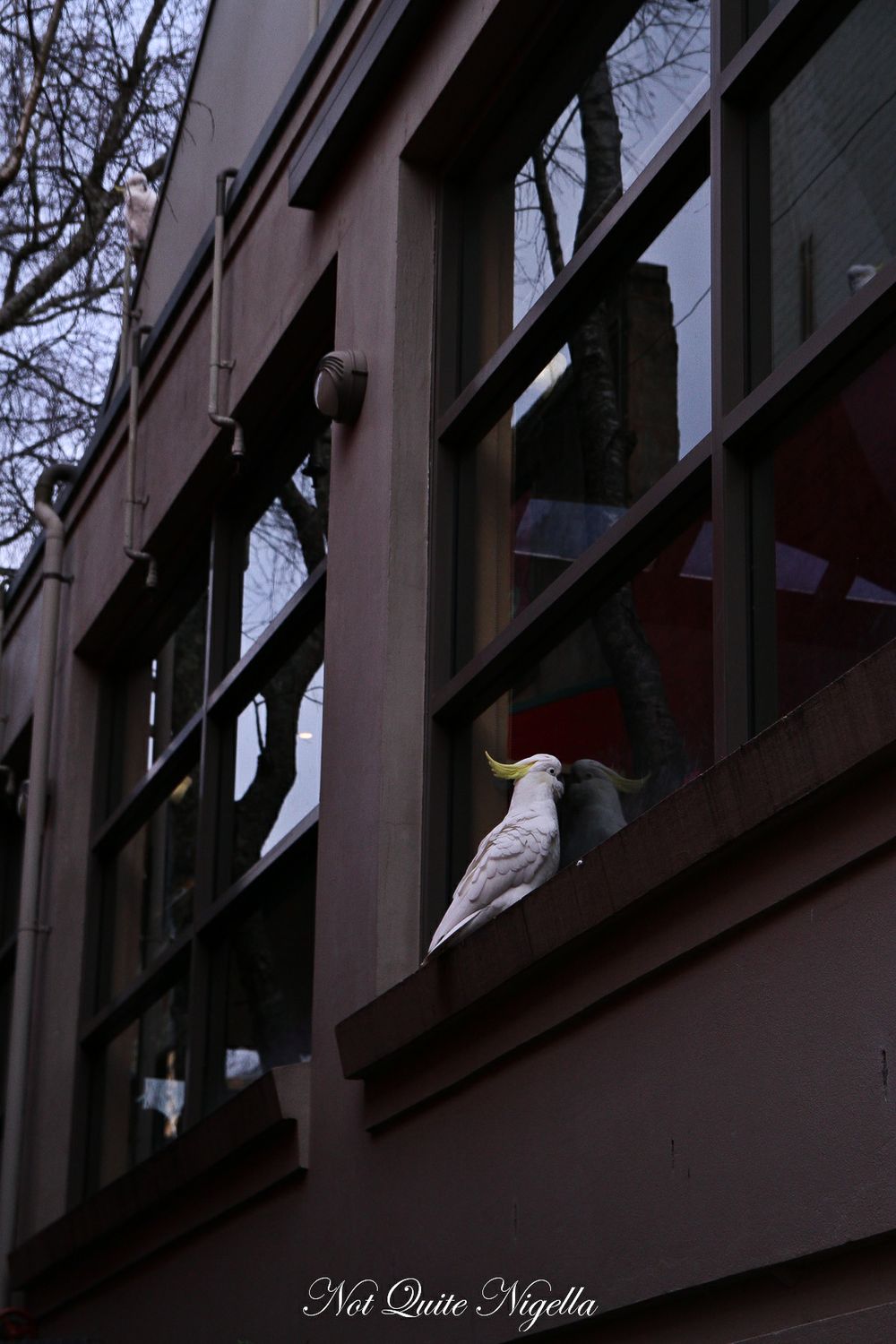 I'm not sure who it was staring at in the cafe but I'm guessing it was someone with food!

I couldn't argue much further because it was Mr NQN's birthday weekend and when he asked to do nothing, I was secretly quite glad. I had managed a nap for two and a half hours (at that length, is that really just a sleep?) and after rousing for some afternoon tea, even he thought that we ought to get out and do something. Jumping in the car, we make our way to Leura Mall where we poke our head in and out of shops and on the recommendation of @lokified and Girl Next Door, pop into Leura Cellars to buy some craft beers for friends. 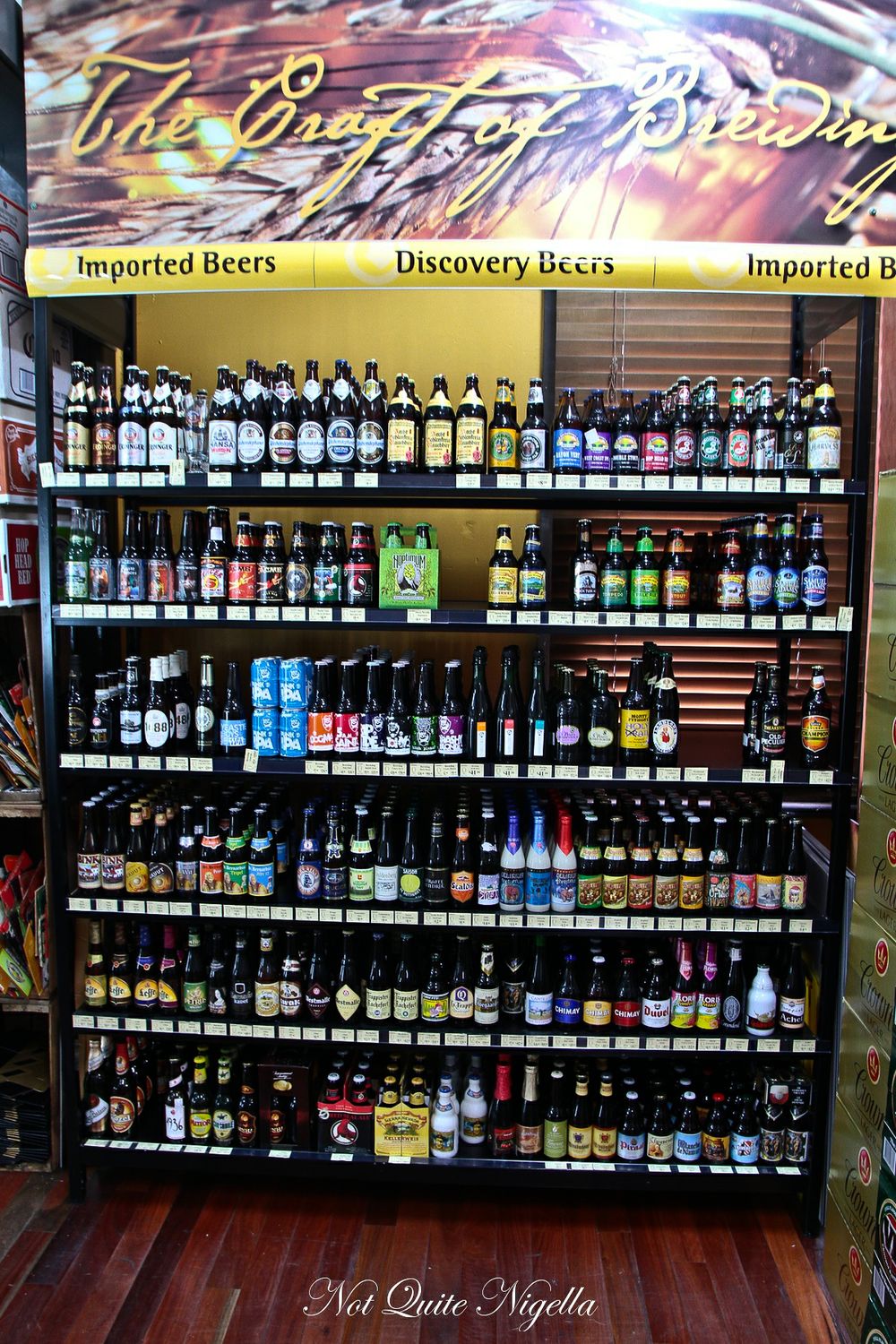 I ask Mr NQN where he would like to eat this Sunday night. We've had fine dining at Eucalypt and I think he wanted something more casual and one where we could go to bed early as we had a 6:30am start the next day so I suggested Leura Garage, just opposite the Leura railway tracks and just off the main mall. I call up and am told that they don't take bookings. Apparently, 6pm is their peak time too so we'll just have to wing it that evening. 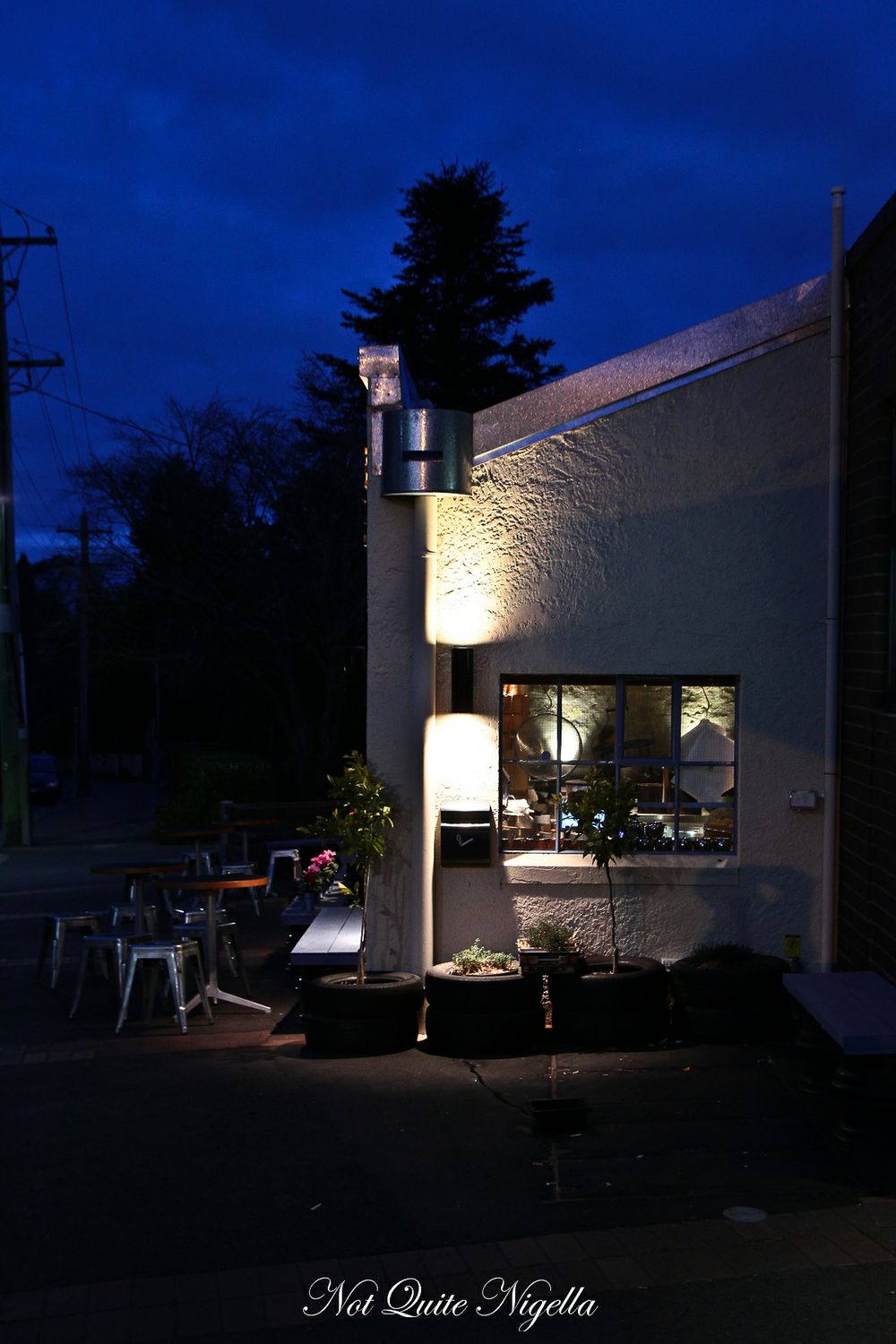 Arriving at 5:45pm, all traces of the sun have almost disappeared and the backdrop is a deep, dark blue. Leura Garage is in a white concrete building that was originally a garage mechanics called Railway Garage. In homage to the building's previous ownership (and I do love a theme ;) ) there are displays of tyres, exhaust pipes and there are even wrenches worked into the flooring. 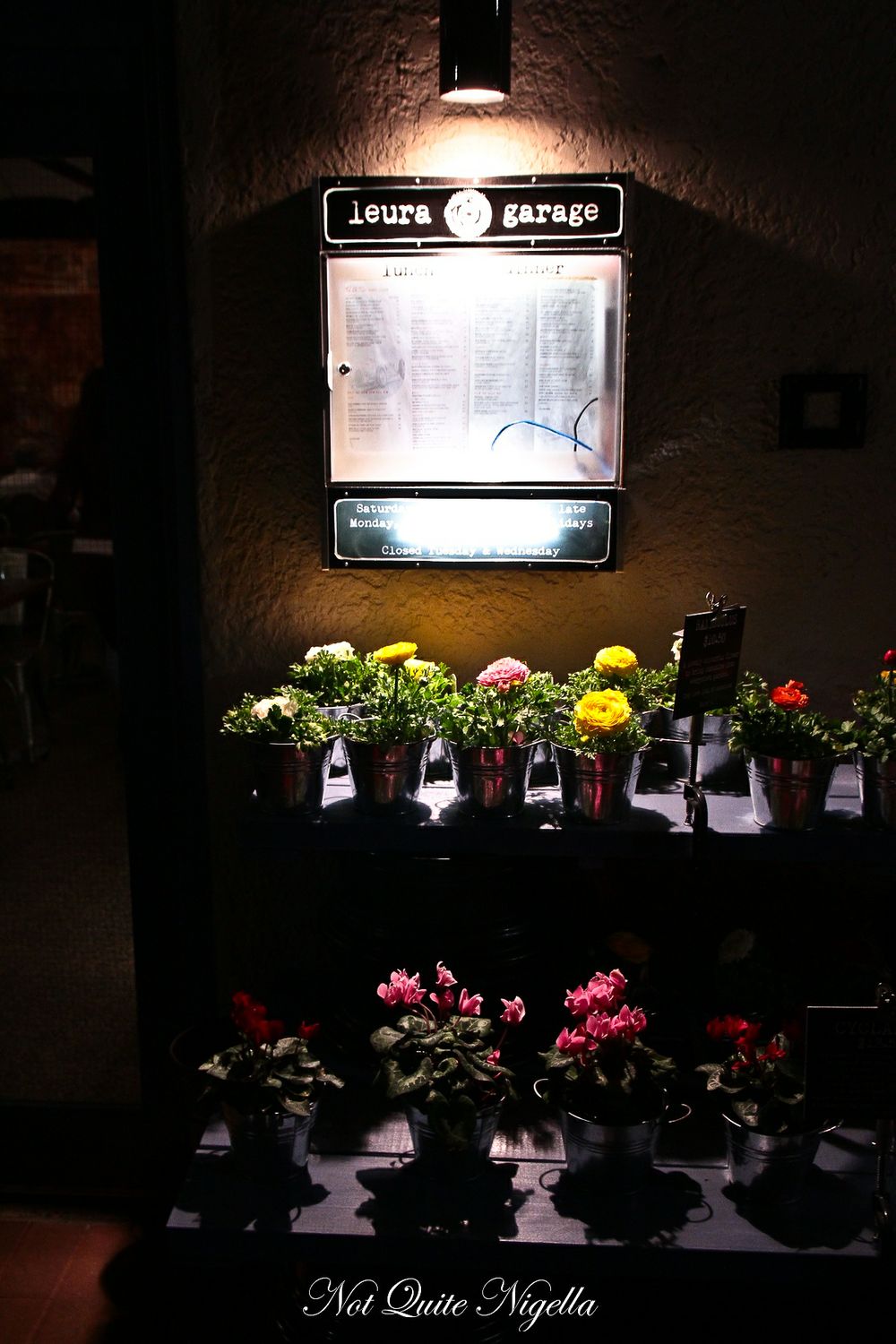 French German chef Mischa Laurent uses local ingredients in the environmentally designed restaurant. A display of house made jams, olives and honey sit alongside imported European items. We are offered a choice of seating alongside the booth and blankets that smell like Eucalyptus, the latter that I gratefully accept. 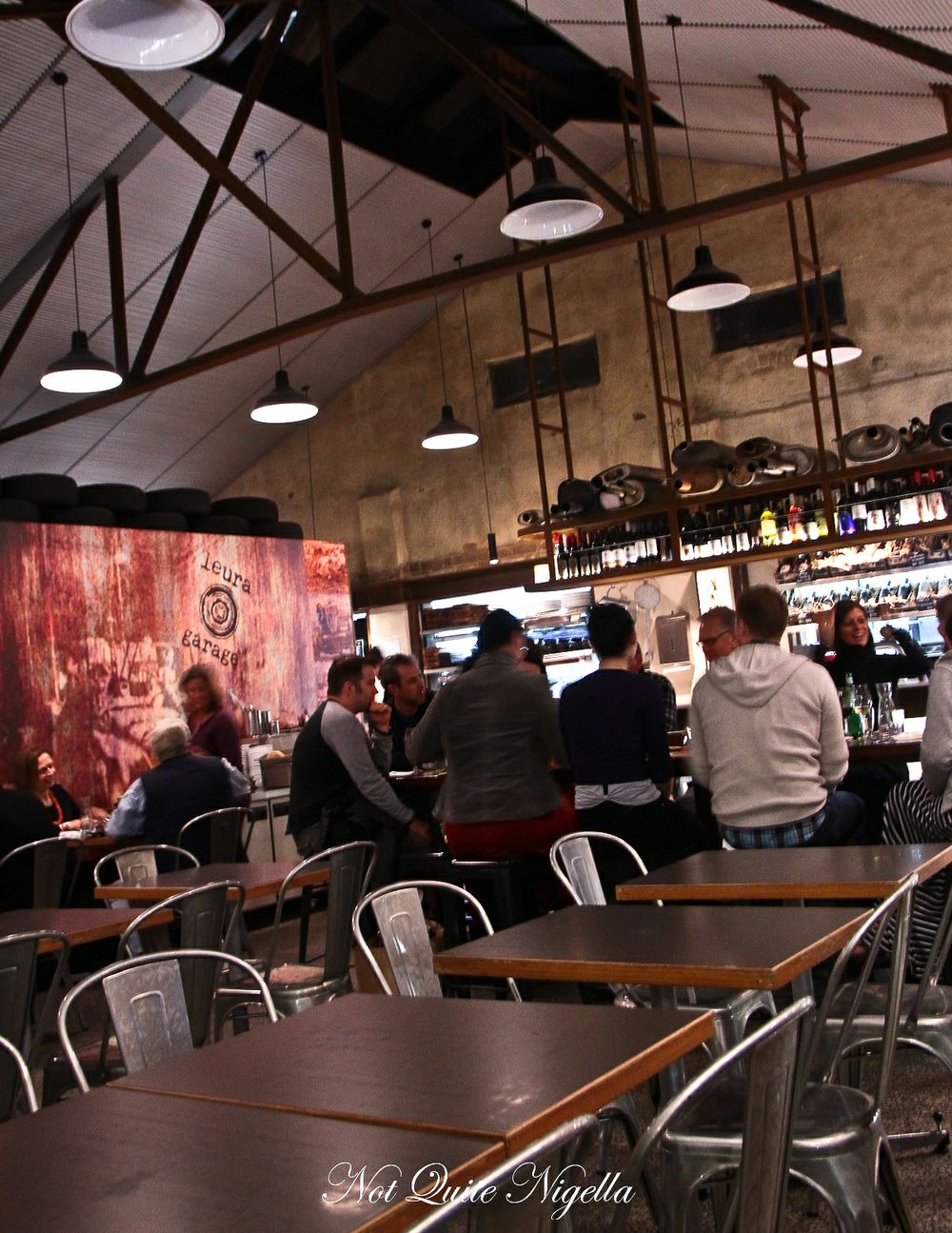 Free rainwater is the drinking water offered and I take a look around. It seems like everyone had a stand with a pizza on it this chilly evening and I toss up between the chorizo, ham and pepperoni pizza or the six cheese pizza. Apparently half half isn't possible, this is confirmed by a friendly diner next to us who has ordered the chorizo pizza and deems it good, so we go for that. For good measure, I order a salad and a fish tagine. 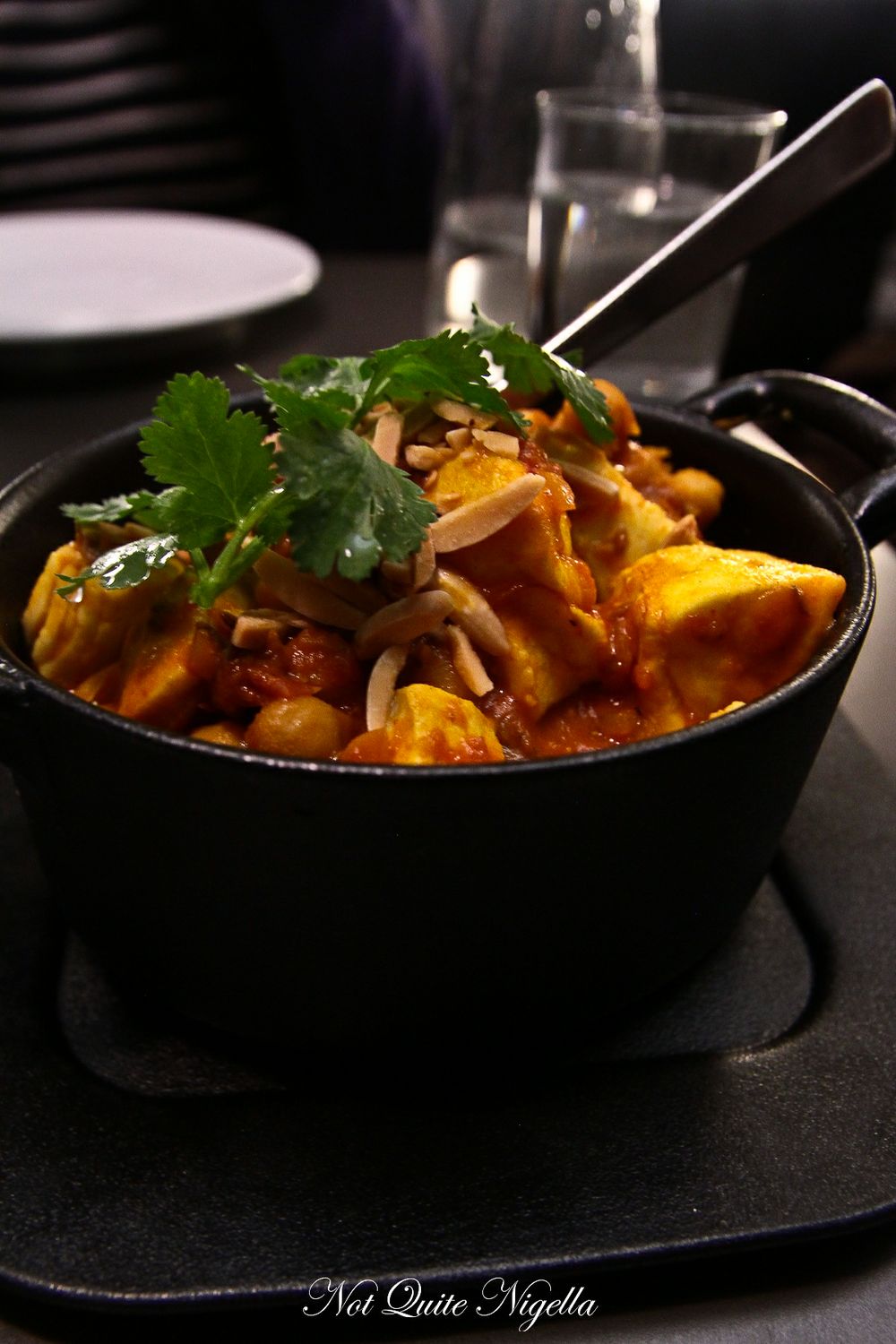 The food doesn't take long to arrive and we first try the fish tagine which comes in a small bakers oven with the couscous at the bottom and the tomato based cubes of cod on top. There are flaked almonds on top of this to add crunch and chickpeas and coriander seeds and honey to add flavour. 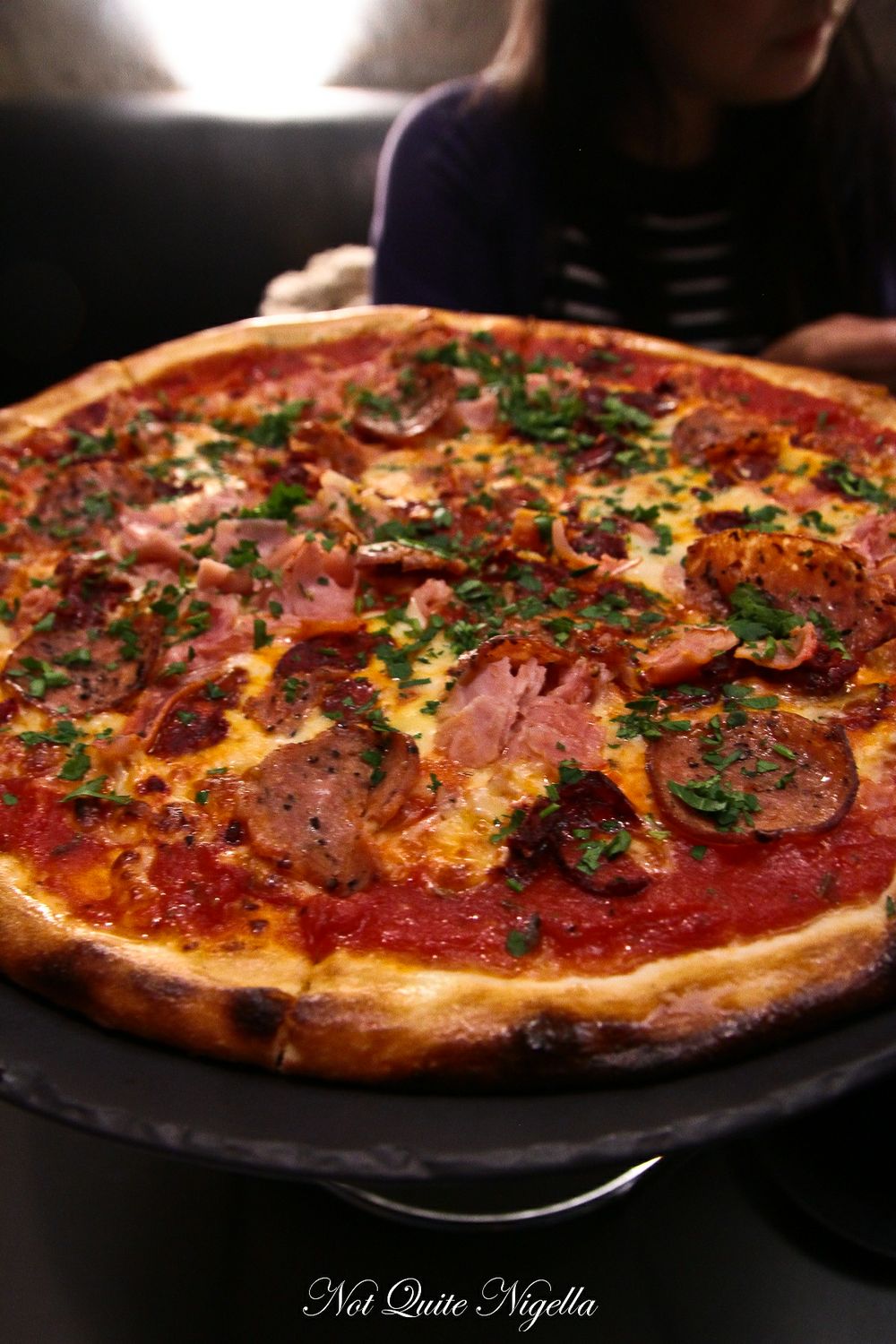 The pizza arrives and it is placed on the metal stand above. The toppings and crust are thin and it is generous in tomato which we both actually like. The three meats are there although the chorizo doesn't seem to have much spice to it, nor the pepperoni much peppery heat, both of which would have been a nice addition to the pizza. 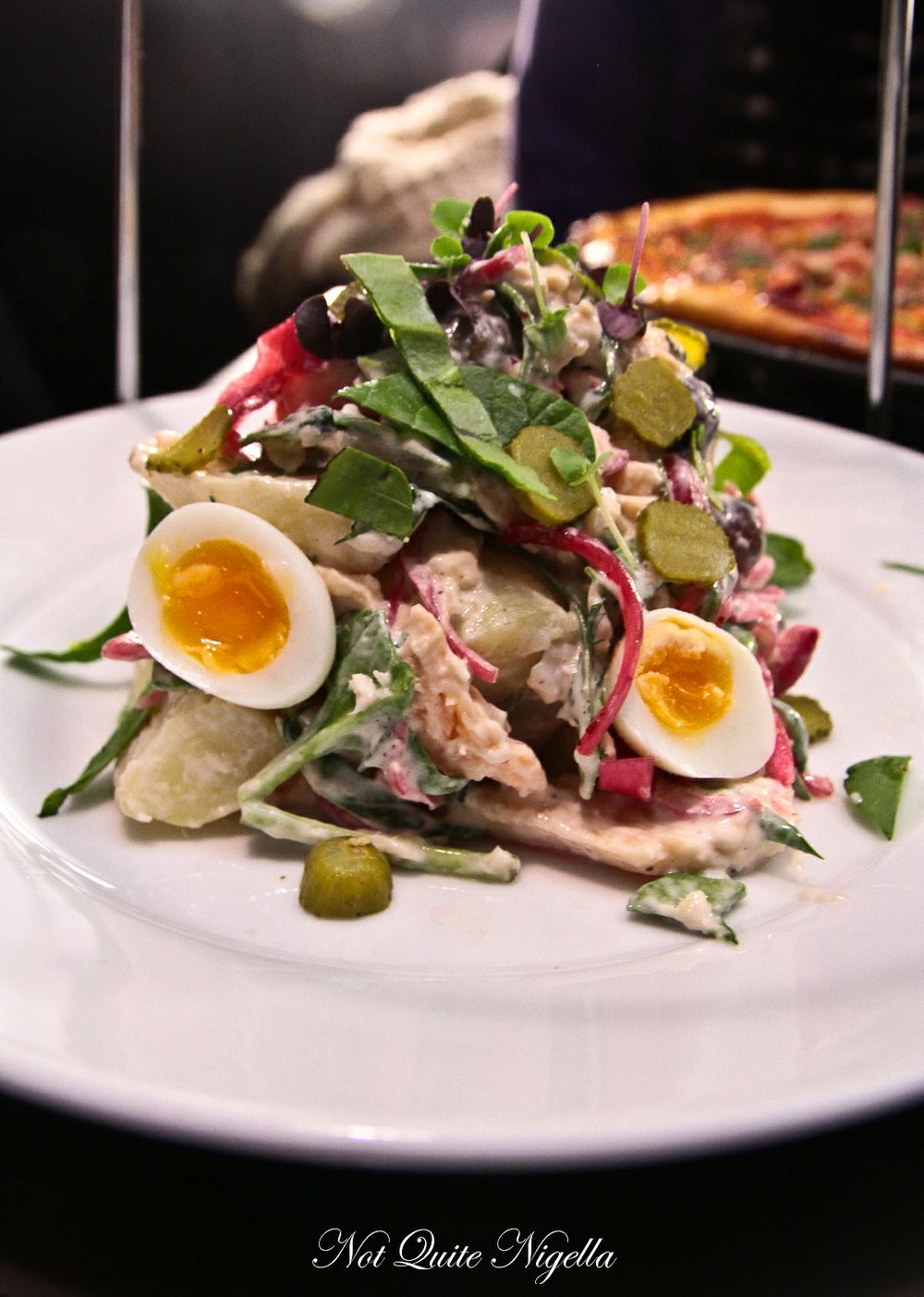 This along with the pizza were my two picks. The salad is dressed in a creamy mayonnaise and features pieces of baby spinach, pickled onions, unpitted large and small Mission olives, green beans, Nundle smoked trout, sliced kipfler potatoes and halves soft boiled quail's eggs. It's the kind of salad that I want to make at home and the creaminess and the lightly smoked trout are delicious together. I was so taken with it, that I made my own version at home. 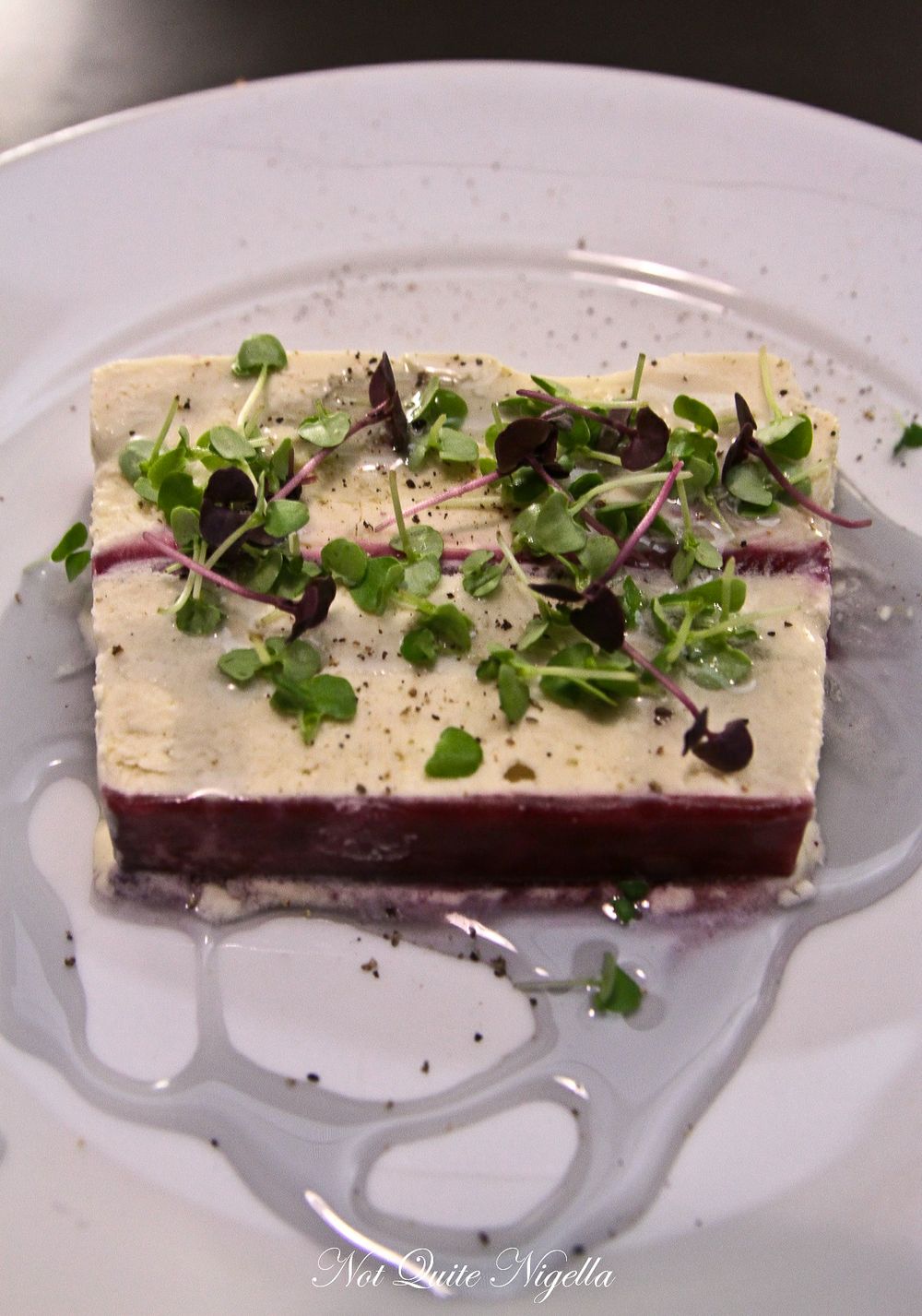 Is there room for dessert? Always! We didn't see the displays of tarts at the counter and I would have perhaps gone for one, had I known. Instead, we ordered a parfait on the waiter's recommendation. I was tossing up between that and the mont blanc which sounded divine (and we later see one coming out to another table and it looked great). The parfait is a slice of semifreddo vanilla ice cream with layers of blueberries and pureed blueberry. On top of this was a lavender and blueberry syrup and micro herbs. The lavender syrup was balanced just right so that it wasn't soapy-perhaps it also was the addition of the blueberry in the syrup that did it.

So tell me Dear Reader, is there always room for dessert for you? And what are you up to this coming long weekend? 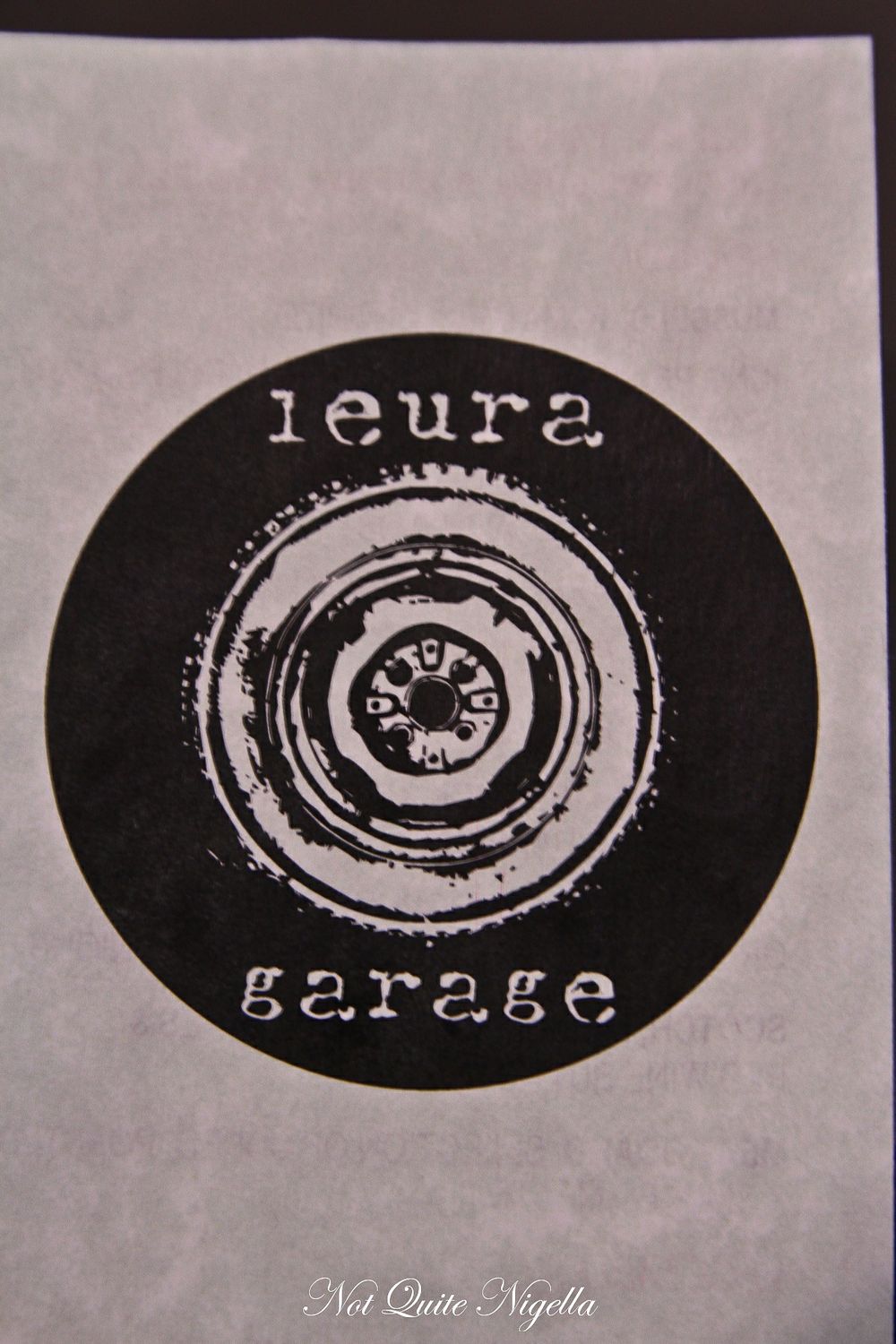 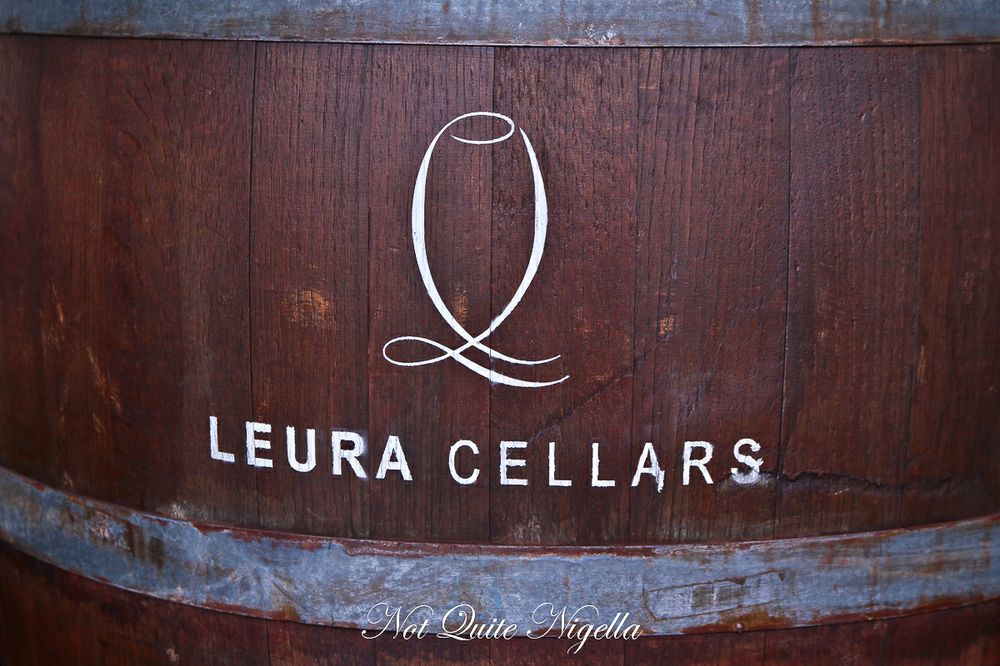 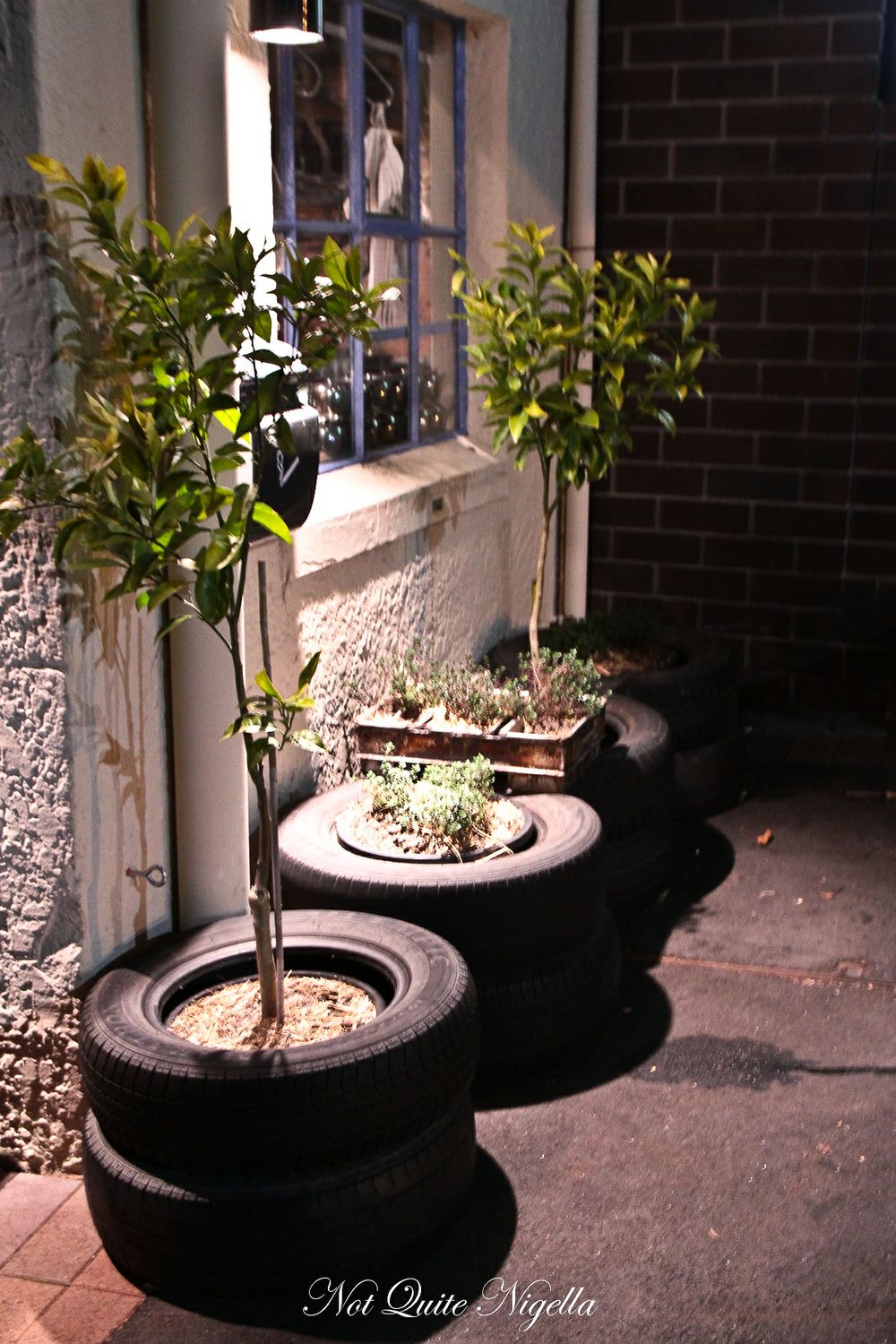