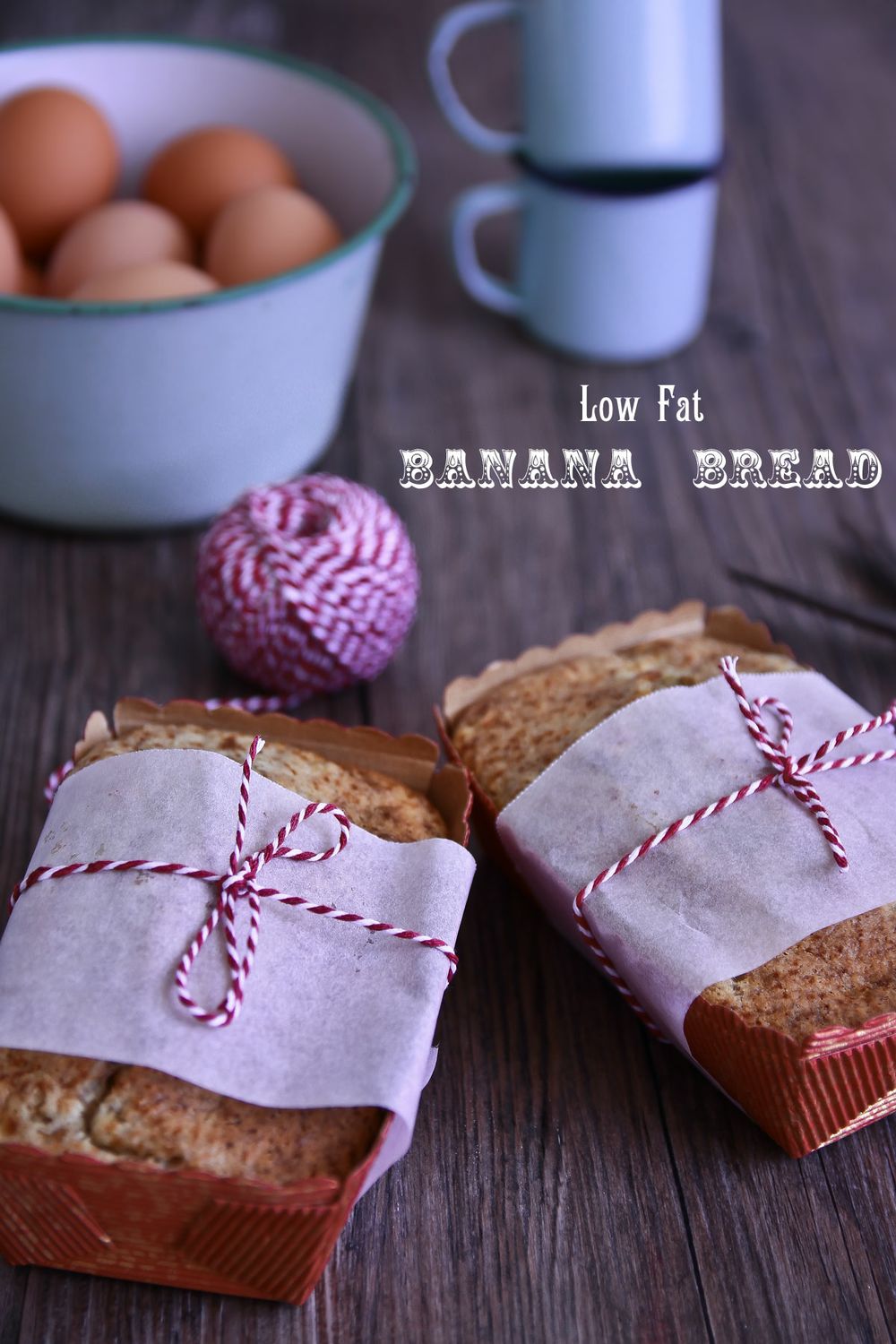 Quite a few years ago, I watched an Oprah show where she interviewed millionaires. It was a fascinating show where a variety of people shared how they had made their fortune. One woman had made her money through a recipe for a low fat chocolate cake selling the recipe to McDonalds for a cool million dollars.

Her secret to the moist chocolate cake? It was simple: replace the butter with apple sauce. There's something about using a non fat item like apple sauce instead of butter that turns out moist, delicious cakes that are said to taste just as good as the real buttery thing. Even though I had seen this episode years and years ago, I never really thought to do it to one of my own recipes-after all, butter is one of my favourite ingredients. However there was one cold day when the bananas had gone too ripe and I decided to make a banana bread. I couldn't wait for my butter to come to room temperature, which in itself was still quite cold so I decided to make an inadvertently fat free banana bread. I simply used my normal, easiest banana bread recipe and replaced the butter with the apple sauce. If you want some more delicious banana bread recipes, take a peek at my banana bread round up!

I had a little piece after it came straight from the oven and I was ambivalent. "It's fine" was the best way I could describe it although I felt like I could taste that it was fat free from the texture. However Mr NQN let his cool and tried it then. "It's really good" which was really his usual understated code for very, very tasty so I tried some. The texture once cooled, was fantastic and I really couldn't tell that this was fat free as it wasn't dry at all. It's a moderately sweet item-you can add more sugar if you want or use brown sugar but I felt like it was sweet enough for me as the bananas and apple sauce added a lovely extra to the sweetness. After polishing off a loaf, at his request, I made four more loaves. But you know me, I did spread butter on top ;)

So tell me Dear Reader, do you butter your bread when you make sandwiches and toast? How about your banana bread?

P.S. Yes I realise that the egg has fat in it but the whole egg has 5 grams of fat so split up into slices, that's about half a gram per slice. Apparently that is enough to get something labelled fat free. Please send all complaints regarding its fat free status to our politicians in Canberra. Some of them seem to have a lot of time to text...  ;) 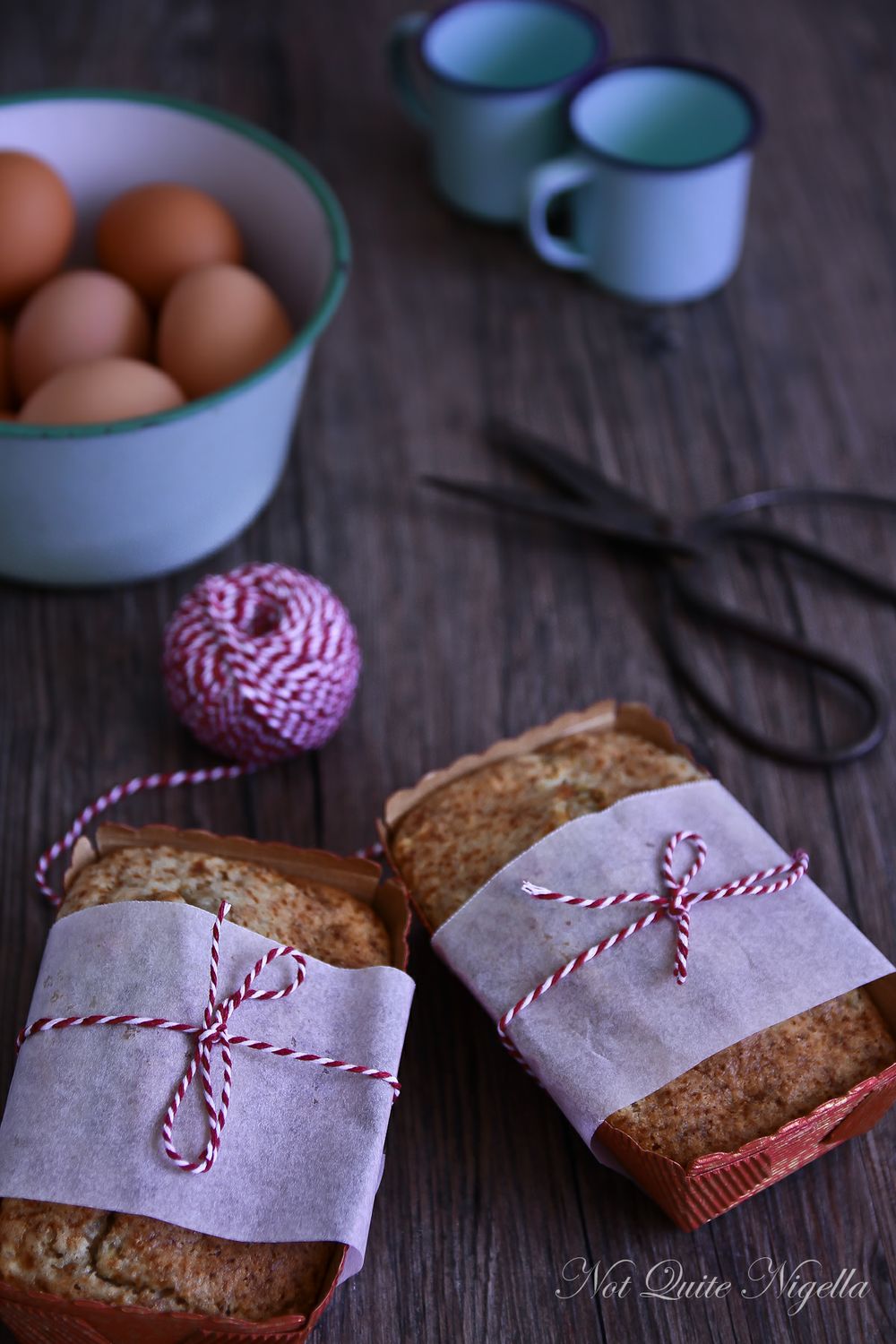 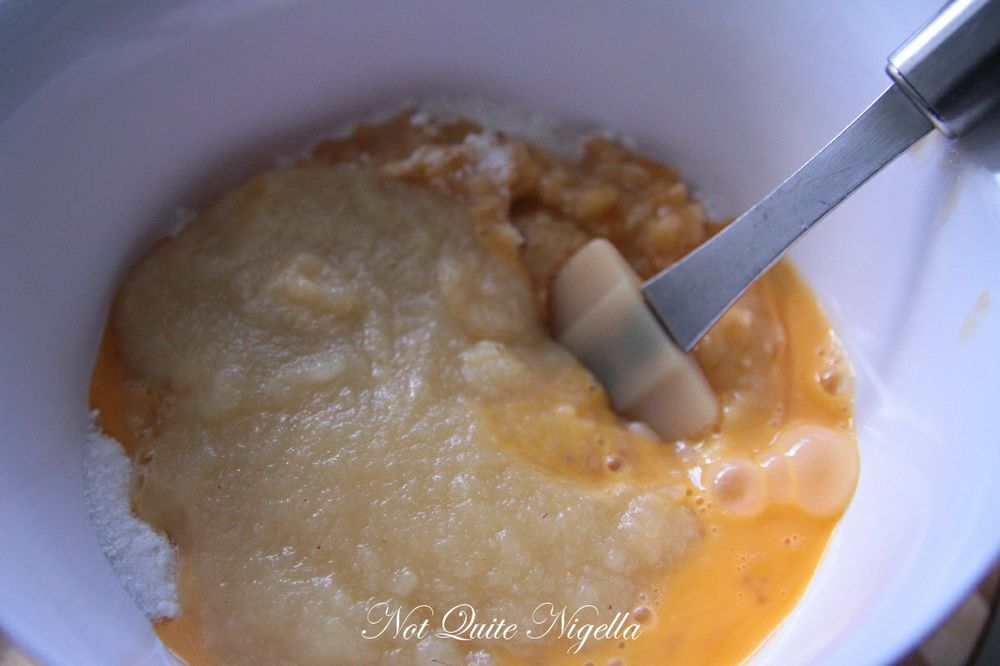 Step 1 - Preheat oven to 180C/350F. Line 2-3 small loaf tins with baking parchment-I actually had better results dividing the batter into 3 and making three small loaves as making one large ones makes it hard to cook through. Mash the bananas in a bowl and put aside. Place the flour, sugar, bicarb and baking powder in a bowl and whisk to combine making sure the soda is well distributed. In a jug or bowl, whisk the egg and add to the flour mixture along with the banana, apple sauce, vanilla and skim milk and mix to combine. 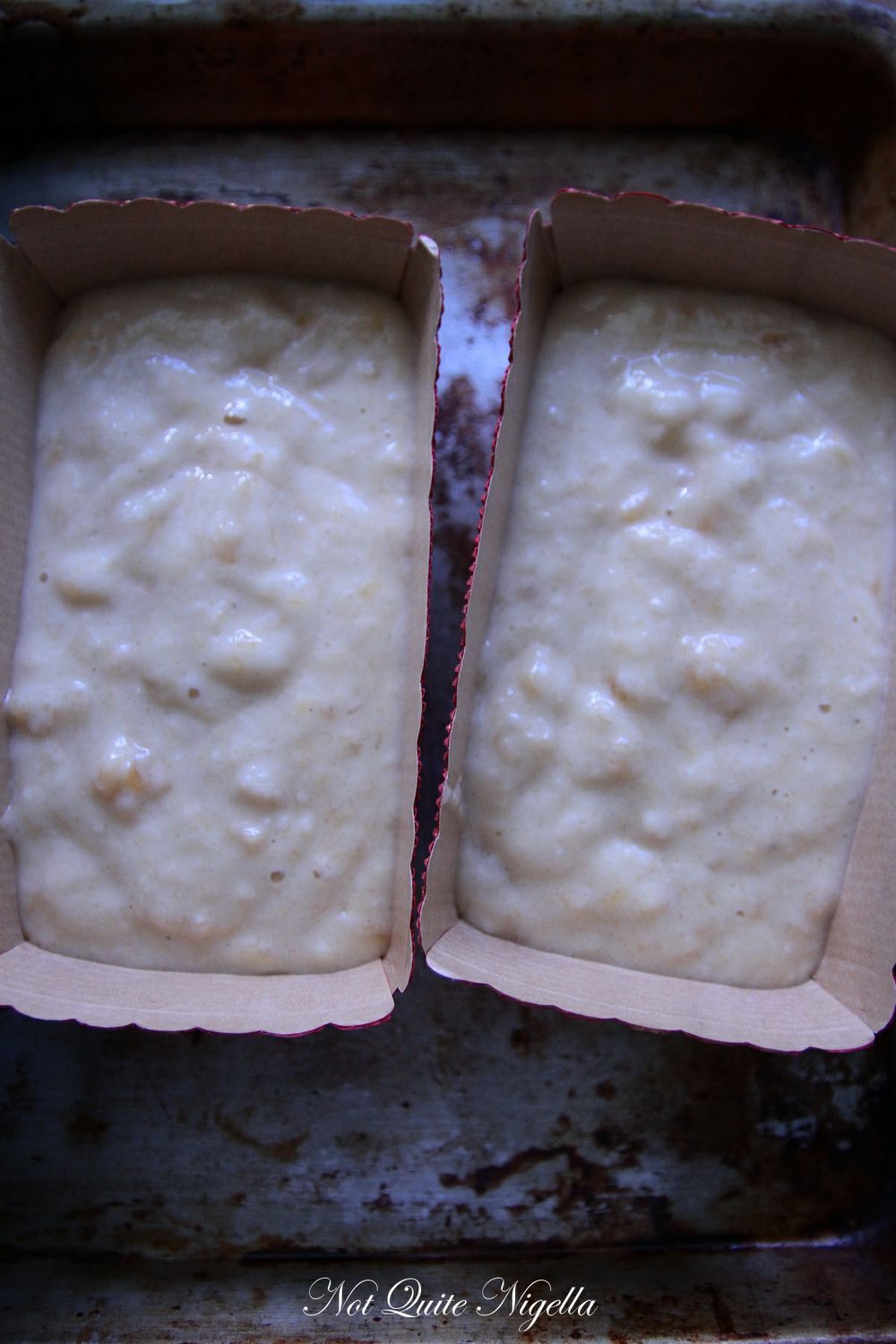 Step 2 - Pour into the prepared tin. I baked these smaller ones for 30 minutes, larger ones will need 60-75 minutes (it's hard to tell with banana bread as its dense). Check the centre with a skewer and make sure it comes out clean. Allow to cool-I liked this once it was cold and spread with butter.