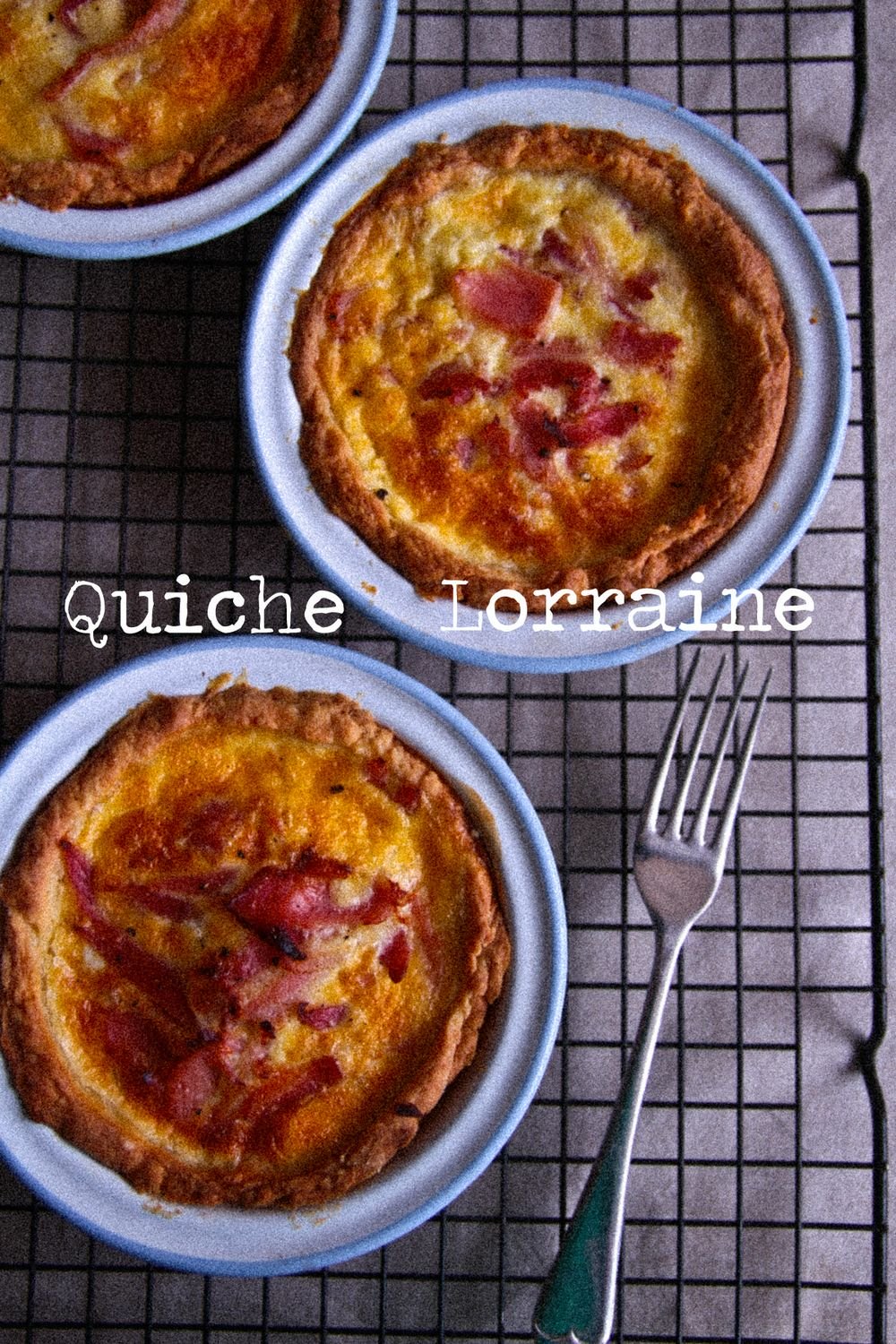 Here is a question that I asked twitter one evening:

"Is it lame to make Quiche Lorraine if your name is Lorraine and you're having someone over for lunch called Lorraine? I suspect it is...."

Well, at least we weren't in Lorraine, the region of France! And people on twitter were very encouraging of the whole idea.

I used to have this strange little game with myself. It involved inviting friends over at random. Well, not exactly and not out of the blue but after we had spent a day together, we'd invite them over for dinner afterwards making dinner out of whatever I had in the fridge, freezer and pantry. I never shopped for it and there was an even bigger challenge if they were invited on a Friday (the day before grocery shopping day).

What ended up happening was that I'd clear the freezer or pantry of an ingredient that I might have forgotten as it made me search through its deep, dark corners and I'd hopefully *cross fingers* turn out a few dishes that would please guests. I haven't really done it in years, after all everything now needs to be photographed etc but I do it every now and then although sometimes Mr NQN's brother Manu stays after they go kitesurfing and I make him something. 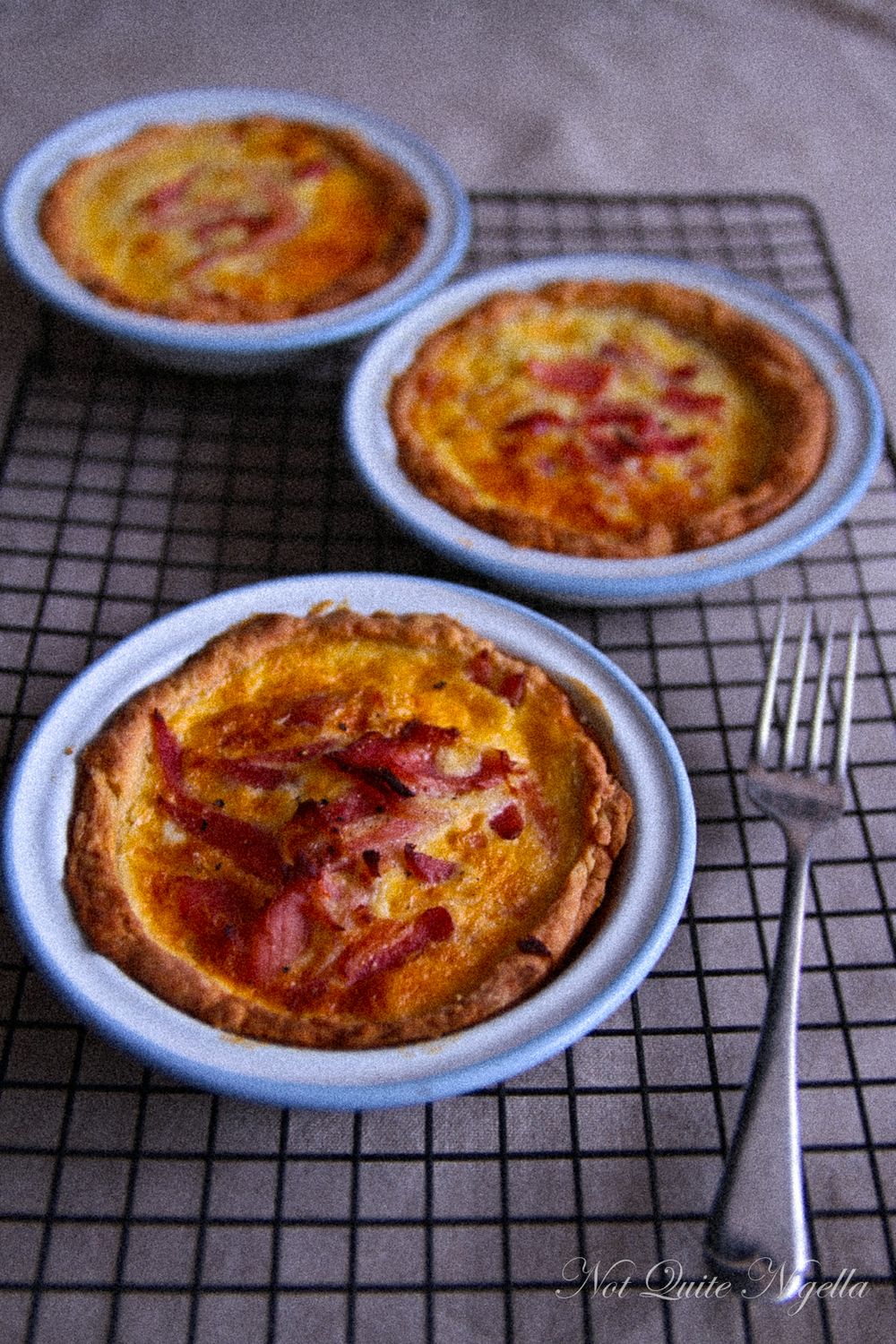 So there I was, two days before shopping. I had some eggs, bacon and whilst that's a great breakfast, I had someone called Lorraine coming over for lunch. It's a funny name Lorraine-there aren't many around of us and yet most seem to know the name. And when I meet a Lorraine, I feel like we're all part of a name club.

I was looking in the fridge. "I could make a pie..." I thought to myself before realising that someone much cleverer had earlier invented a version of pie with bacon and eggs and that they had called it a Quiche Lorraine. I had some pastry in the freezer but I decided to make my own, only because I love making pastry and I think that it tastes better if you have the time to do it. And then thought how completely meta and ridiculous it was to be making Quiche Lorraine and serving it to someone called Lorraine that was coming over to lunch.

I made the pastry the night before and just baked it in the morning along with the filling which is very easy to put together. There was a layer of gooey cheese on top of the crust and then the creamy filling on top with plenty of bacon. And the reaction of Lorraine when Lorraine served her Quiche Lorraine (ok we're getting confusing now) was only positive. Thankfully she didn't consider it lame!

So tell me Dear Reader, is your name a well known or common one? Do you have any food named after it? 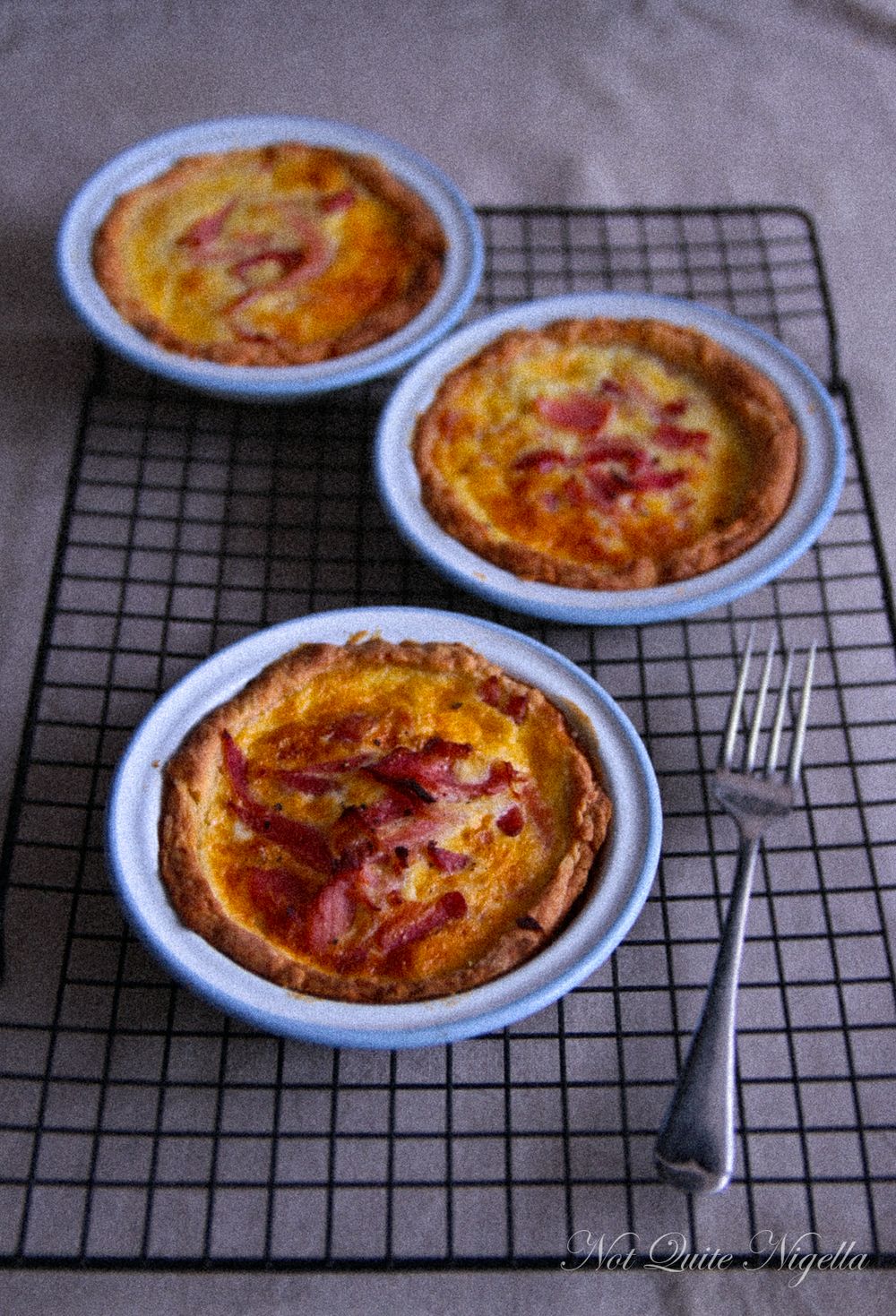 An Original Recipe by a Lorraine :)

You can also use ready made shortcrust pastry 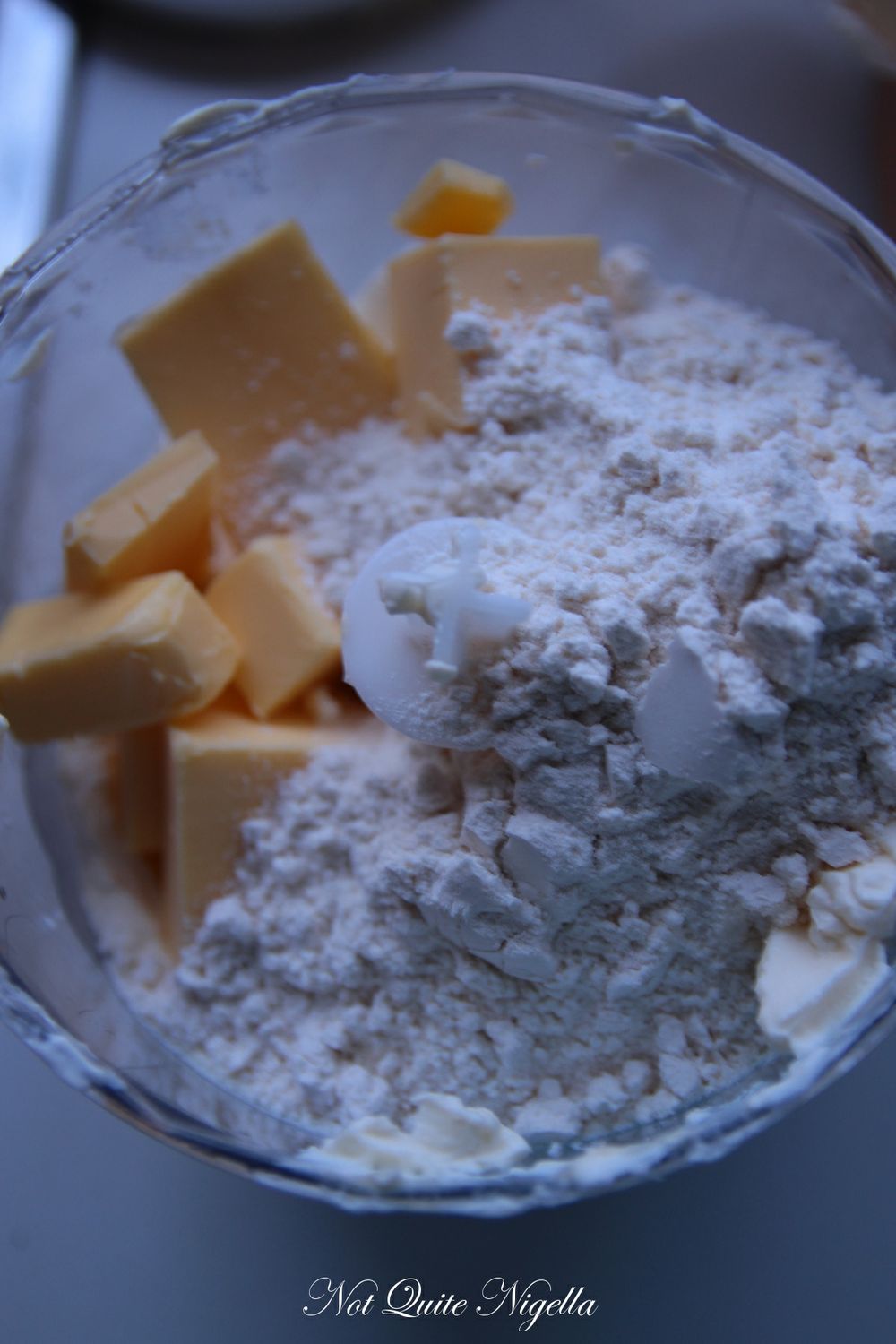 Step 1 - To make the pastry, blend the cream cheese in a food processor and then add the butter, flour and salt and whiz until it comes together. Add a bit more flour if needed. Grease tins with a little butter or oil and then press the pastry into the tins trying to get it as thin as possible. Cover with cling film and allow to rest for 20 minutes in the fridge. 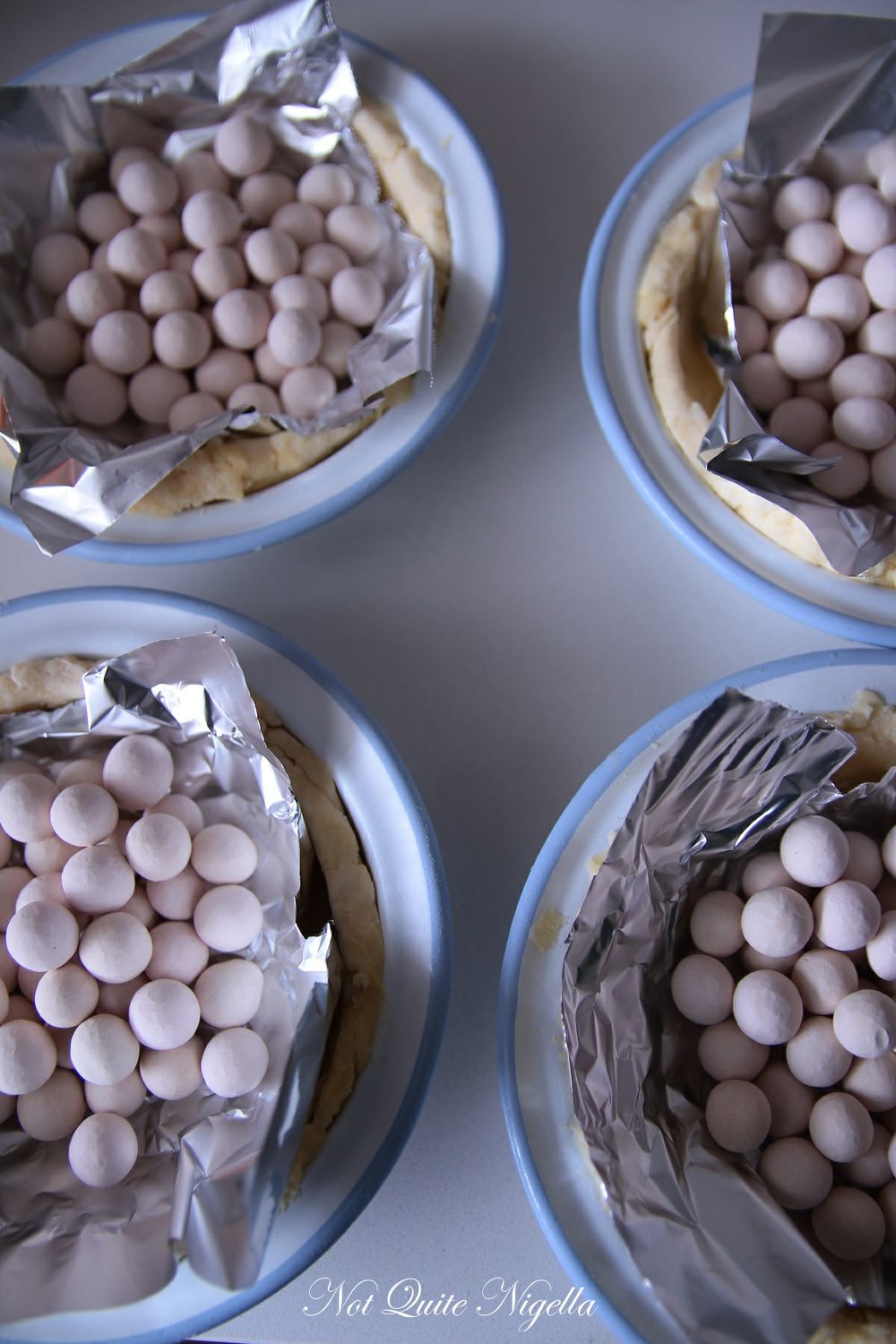 2. Preheat oven to 200C/400F. Dock the pastry with a fork and then line each tin with a piece of foil. Fill these with ceramic pie weights or dried beans or rice and bake for 10 minutes.

Step 3 - Meanwhile, prepare the filling. In a bowl, combine the grated cheese and flour and mix to combine. In a jug measure the cream and beat in the eggs. 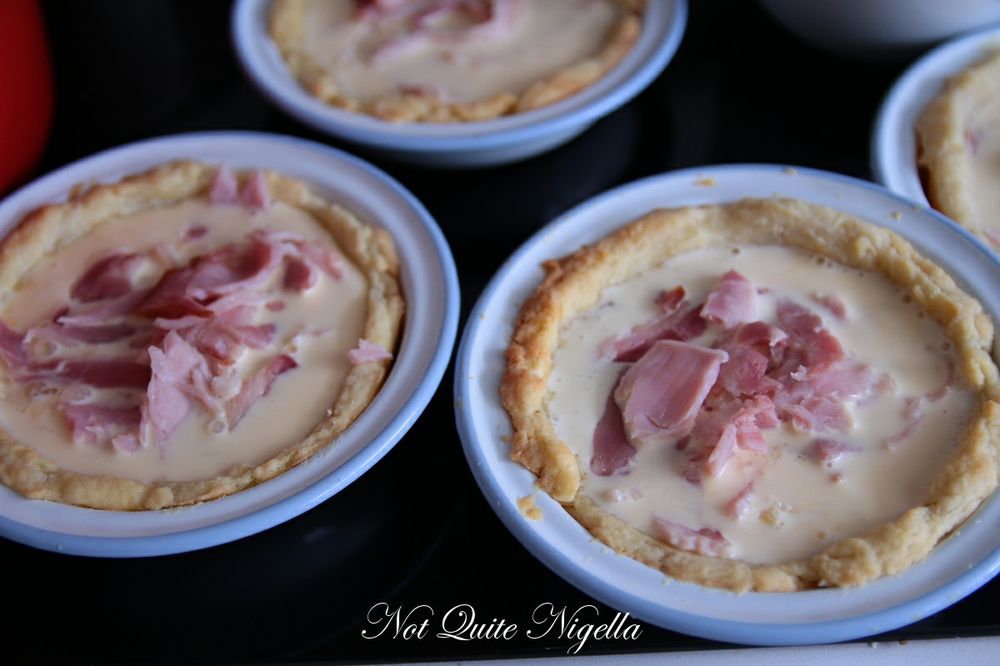 Step 4 - When the pastry is ready, remove from the oven and turn up the oven to 220C/428F.  Place the cheese in the bottom of each pie and then cover with egg mixture and bacon. You could of course mix these all together and that would be fine too but I like the layer of melted cheese. Bake for 10 minutes and then reduce the heat to 180C/350F and bake for another 10 minutes. Serve warm from oven (which is when the pastry is at its best). 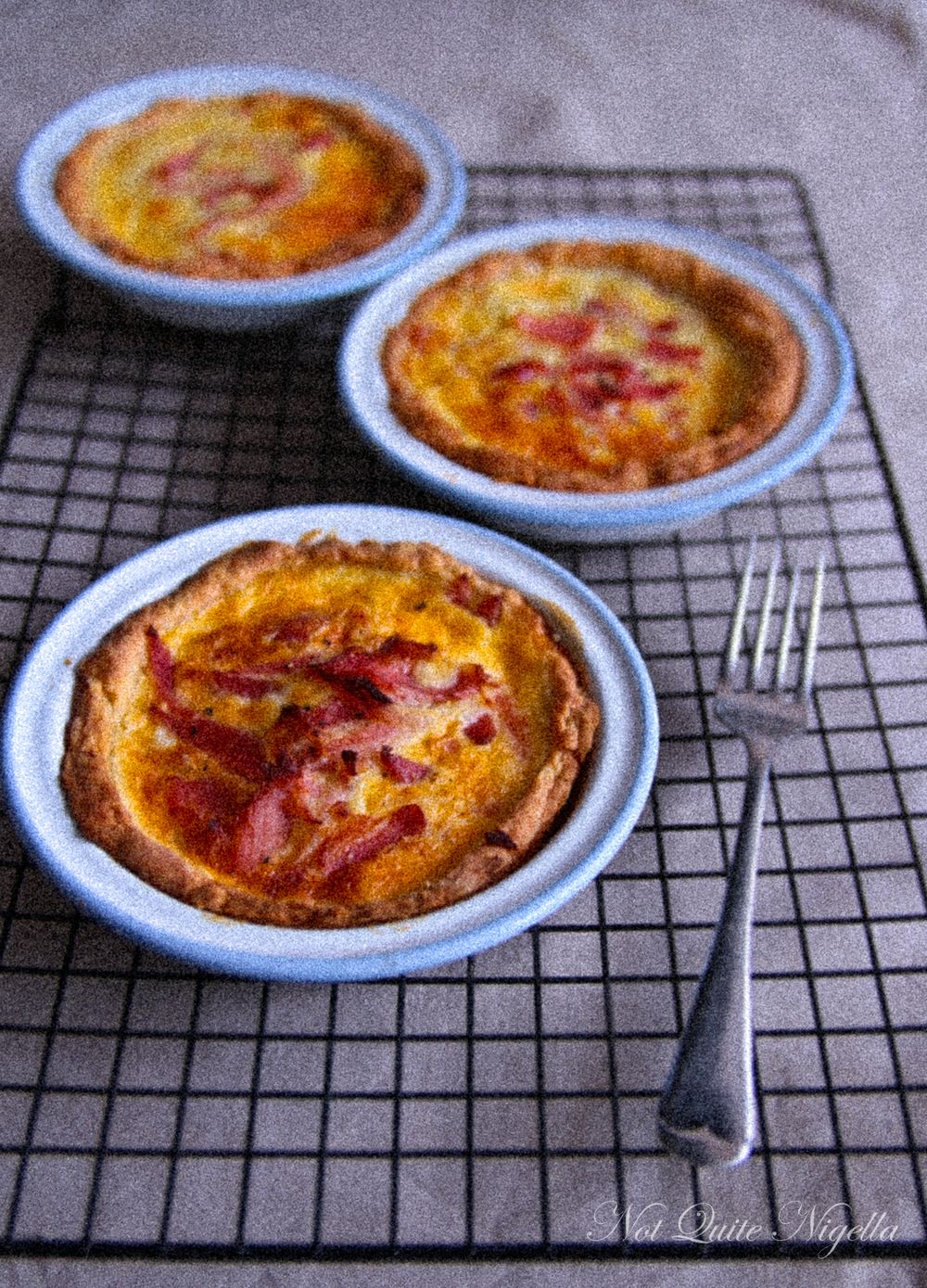