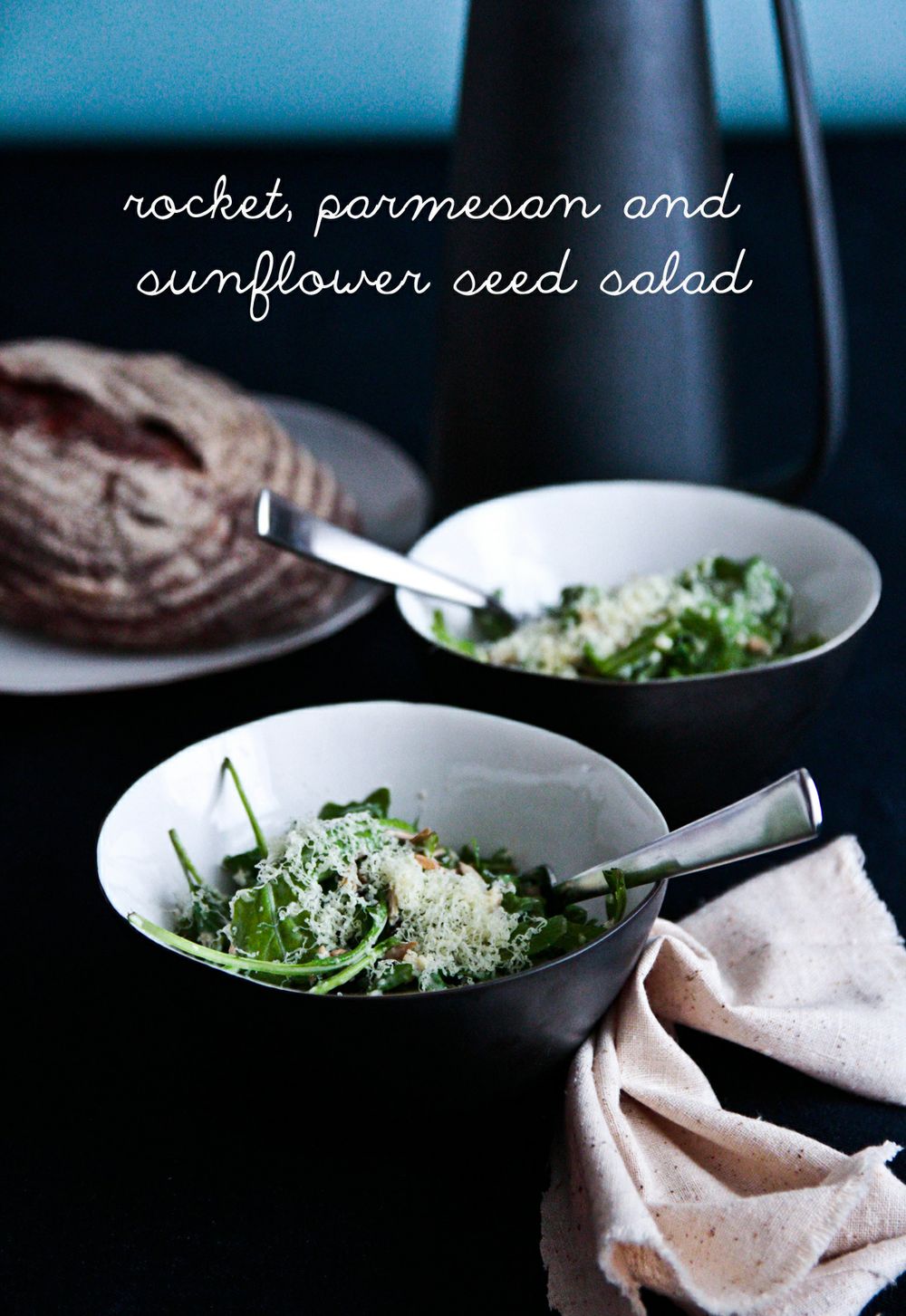 I used to work at a telephone market research company during university with a man that existed entirely on salads. No matter what meal I'd see him for whether it be breakfast, lunch or dinner, he would be eating a salad of some sort. That's not unusual in  itself but he also used to steal toilet paper and decant liquid soap from the work bathroom and I recall seeing him sneaking out of the bathroom at the end of a shift bundling rolls into his bag. "Oh everyone does this!" he said to me laughing and waving goodbye.

Anyway, I sometimes think of him when I make salads. Does he still decant liquid soap? Does he still pilfer toilet rolls? Anyway, this salad is barely a recipe - it has so few ingredients that you may wonder if it is worth making. The answer is an unequivocal yes. It doesn't necessarily sound appealing but this is the salad that I've eaten five times in a row for lunch every day this previous week. It's the simplest mix inspired from a recent trip to the Yarra Valley at Hargreaves Hill Brewery. They served a slightly more complex version but being me, I just wanted to do it simply and easily. 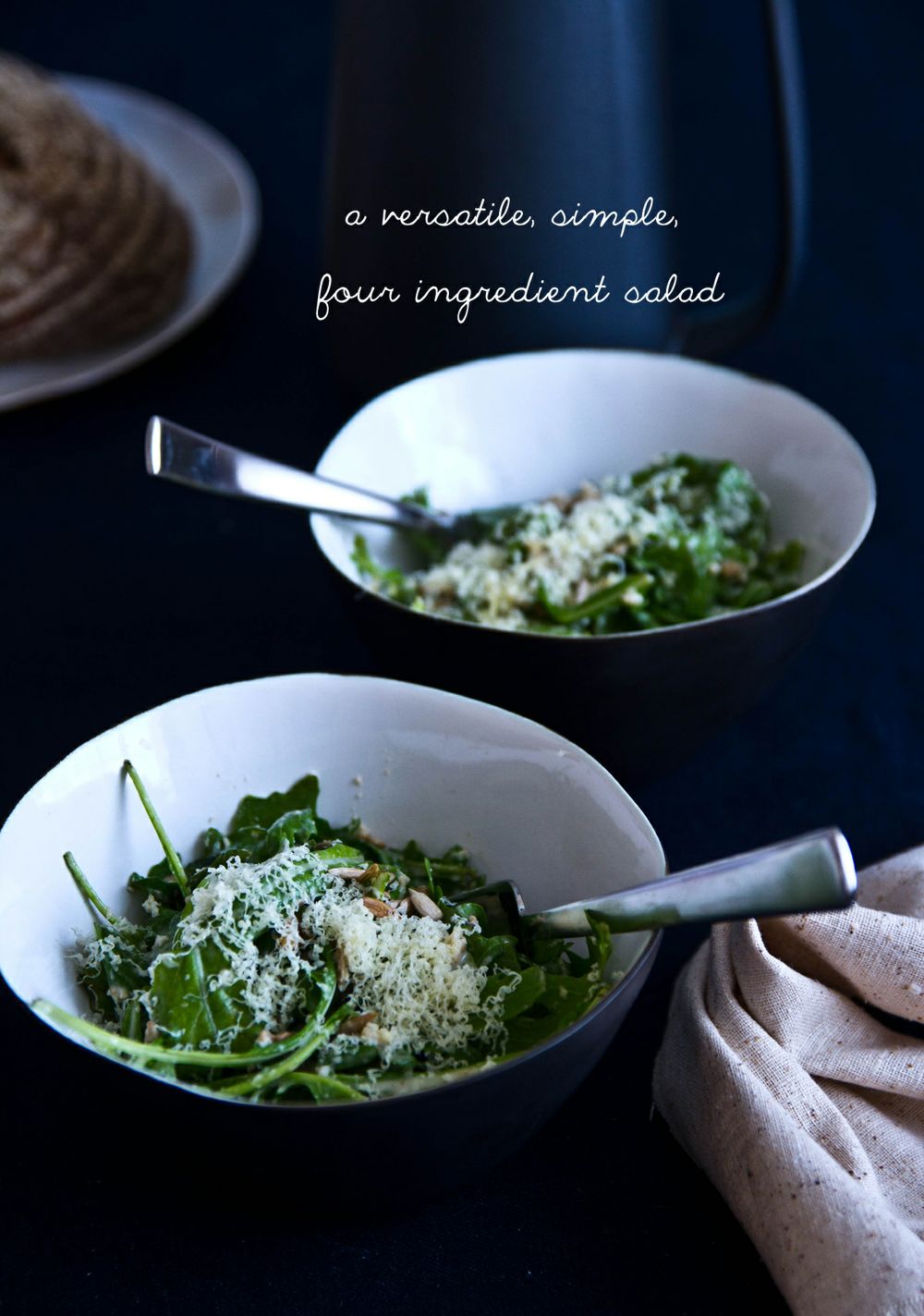 I grew up with my father eating sunflower seeds in front of the television and I've never been a huge fan of them untoasted. However toasting them brings out all of their flavour and they become addictively nutty. The cheese seasons the leaves and the lighter version of mayonnaise means that the whole salad isn't particularly calorific in count although it tastes so in flavour.

What I really like is its versatility though. You can use any sort of leaf in this-I've used baby spinach, cos and iceberg. You can use almost any type of hard cheese-pecorino, romano and reggiano are the ones that I've used and you can use any sort of creamy dressing-I've replaced the mayonnaise with a creamy Japanese sesame dressing. It's hard to tip over and the killer combination of just a few ingredients is always delectable. It's one of those salads that I've contemplated surviving on for weeks I enjoy eating it so much.

So tell me Dear Reader, do you think it is normal to pinch toilet rolls and decant liquid soap? I still haven't encountered anyone else that does this! 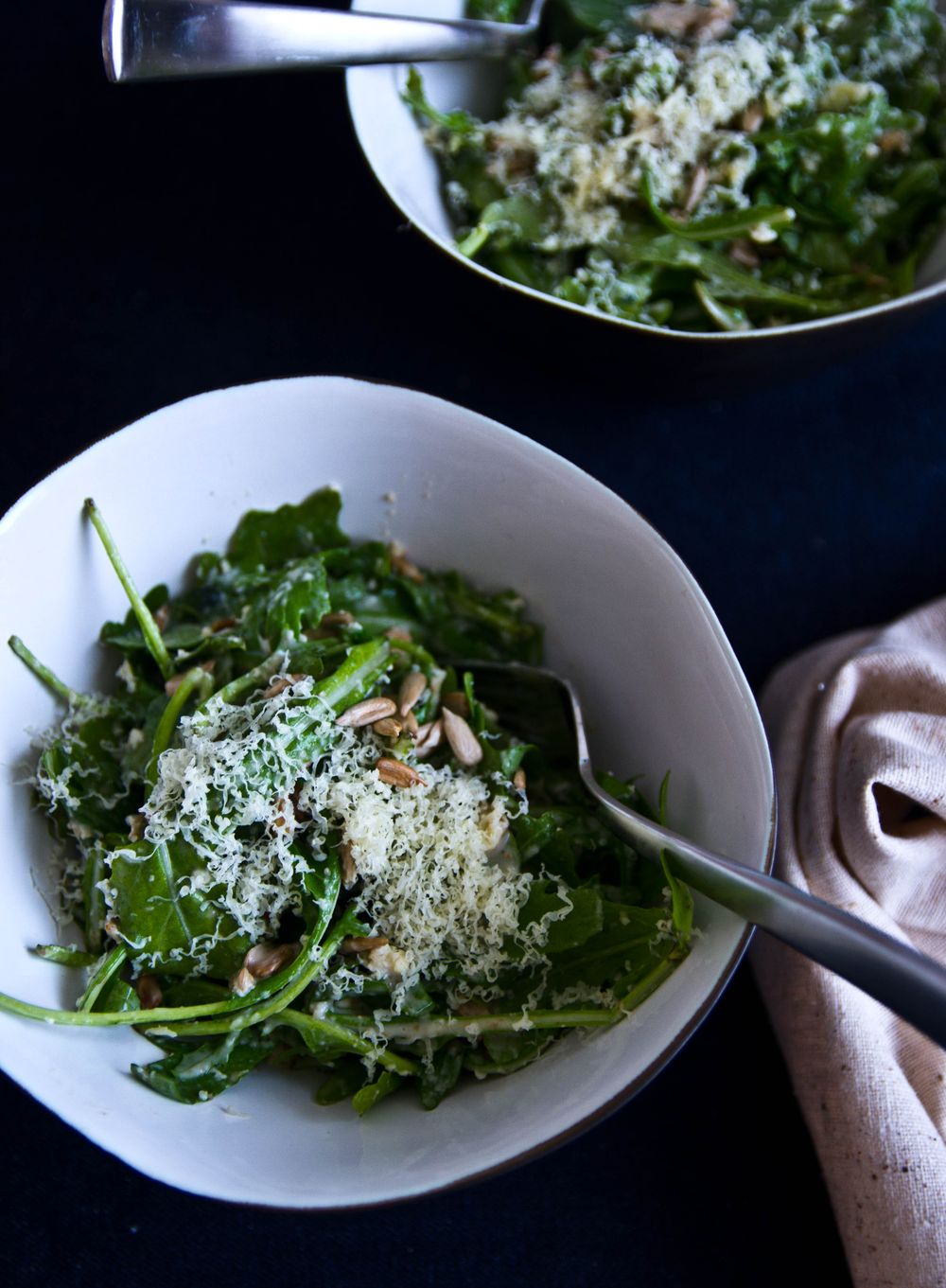 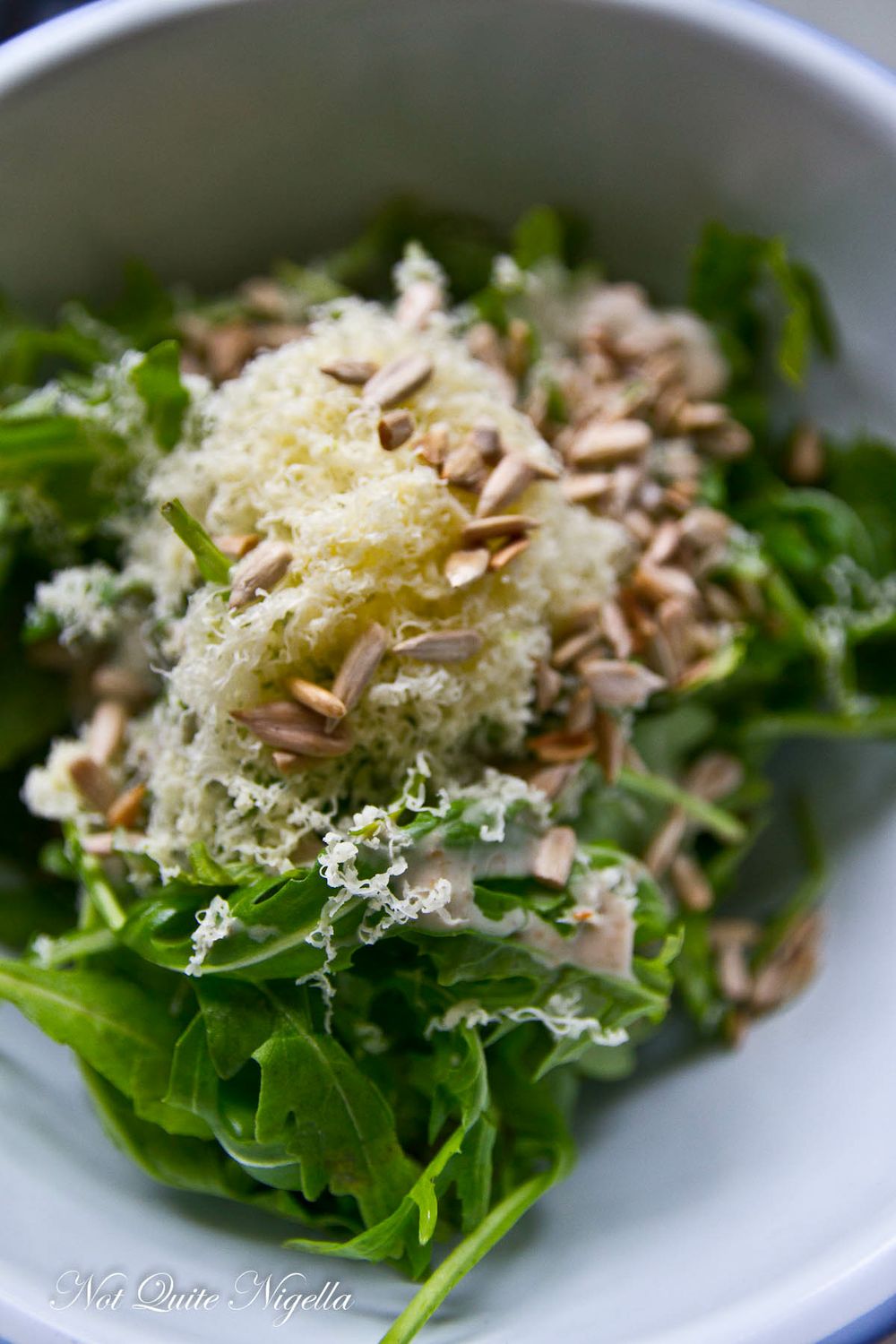 Step 1 - Wash and dry the leaves well using a salad spinner if possible and place in a mixing bowl. Whisk the mayonnaise and yogurt together and drizzle on top of the leaves using two spoons to toss the salad. Sprinkle the cheese and sunflower seeds over and toss again to combine. Taste and add salt if necessary. Serve straight away, the only downfall of this recipe is that depending on the leaf used, the dressing does soak in. Rocket is best if you want to make this ahead of time. 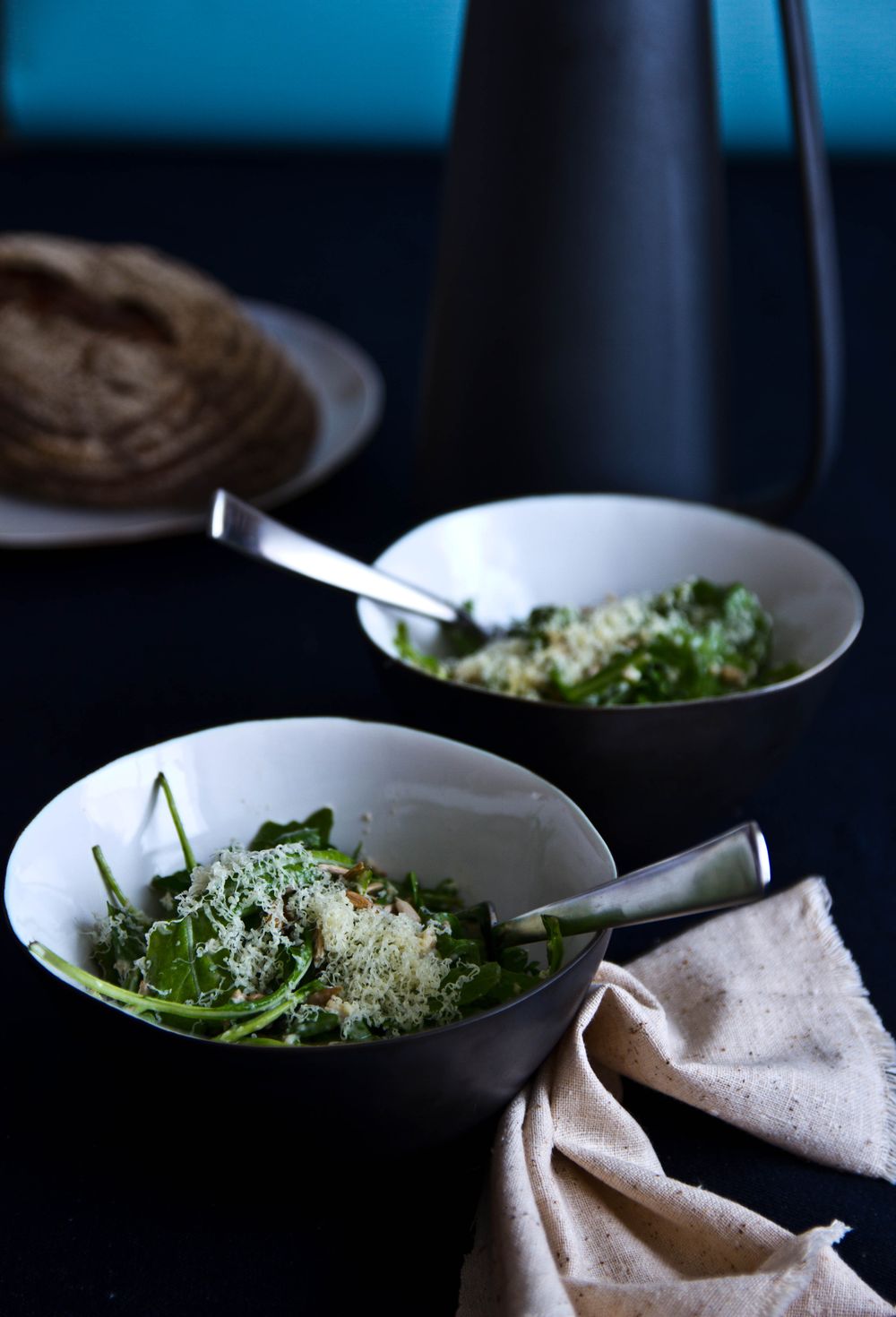