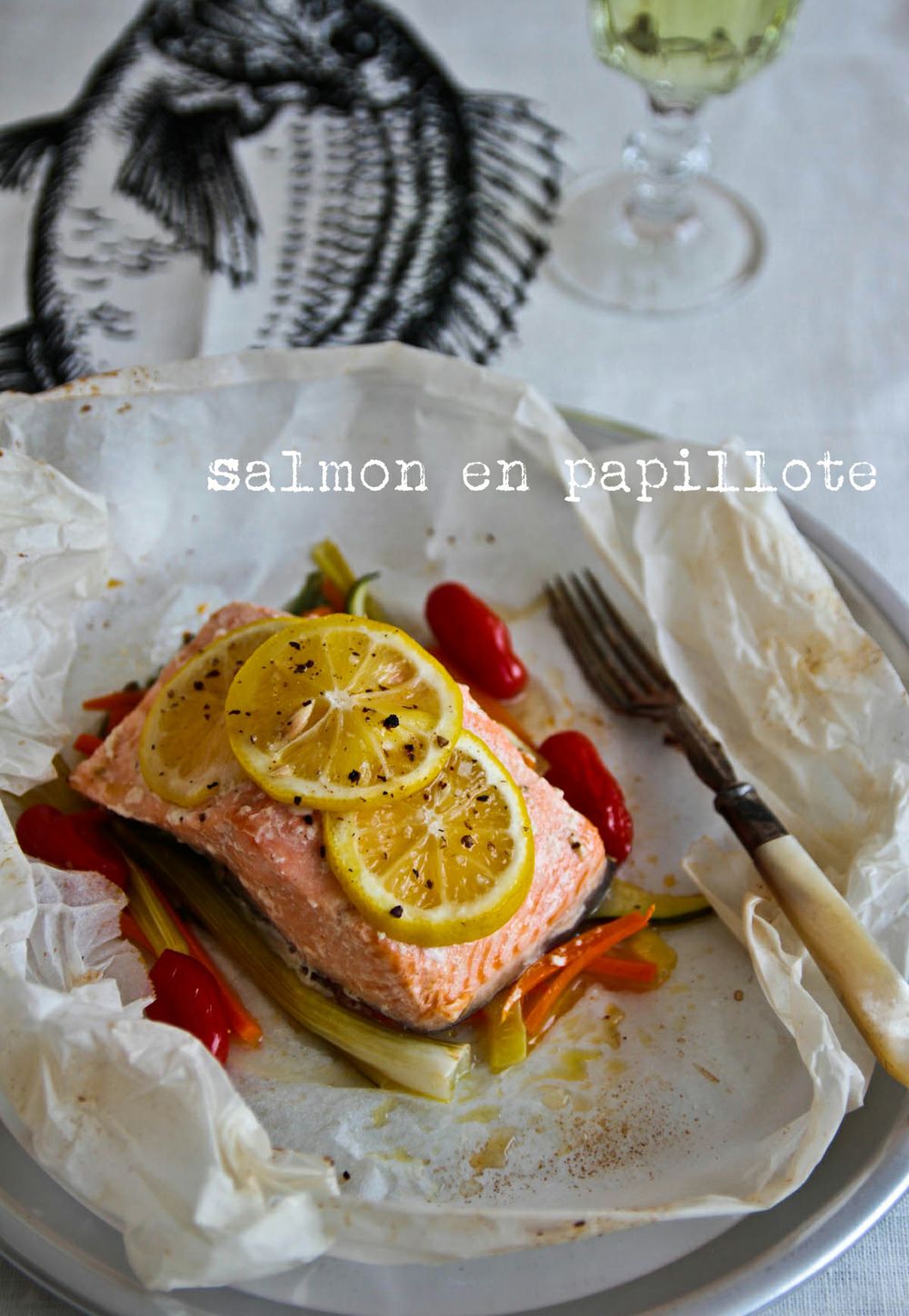 I'm aware that perhaps I live in a completely different world from everyone else. In my world, food rules and whilst I can recognise food personalities, I could walk straight past an internationally known sports figure without knowing who they are. Yet there are some people that I thought that everyone knew. Like Nigella Lawson for instance. I thought that everyone would at least have a fleeting acquaintance with her, even if they hadn't seen her show.

When we were getting a bank loan, the woman who took our paperwork asked me what "Not Quite Nigella" meant. I explained that it was a blog named as a tribute to Nigella Lawson. Her brow furrowed and I could tell that she wasn't quite following what I was saying. "What or who is a Nigella?" she asked me. I explained who she was because she had never heard of her. She then told me that she didn't cook nor did she care for food and that she would often subsist on packet or boil in bag meals. She said that when she got home from work, she just wanted to play with her dog and watch television and she didn't want to be stuck in the kitchen for half an hour. 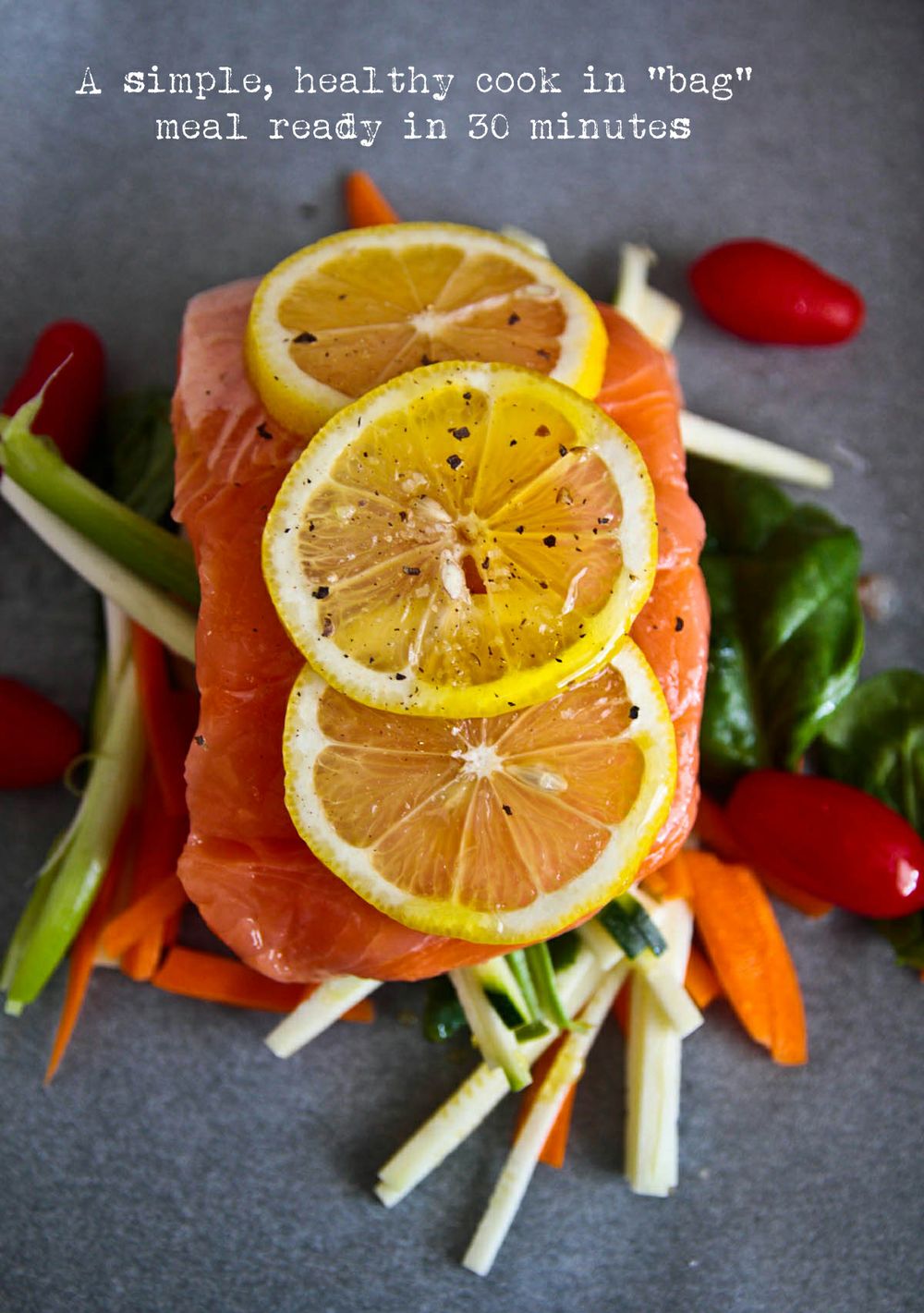 This recipe is for her-not that I still see her but I did think of her as I was making it. Really it's for people like her that want minimal kitchen time but a healthy, nutritious all in one meal. Salmon en Papillote is simply salmon wrapped in baking paper folded like a little paper package and it is baked, bag and all. Most of the prep time is really taken up with the julienning of the vegetables-done so so that they cook given the short baking time and you could certainly julienne them in the time it takes for your oven to reach temperature. The salmon is perfectly cooked and it's a simple, tasty but healthy meal without having to go into the freezer and microwave.

And even better? There's less to clean up afterwards too!

So tell me Dear Reader, are you good at recognising famous people or celebrities? And do you eat many pre prepared meals?

Step 1 - Preheat oven to 190C/374F. Finely julienne the carrot and zucchini into matchstick sized pieces and slice the spring onion ends in half lengthwise. Tear a large length of baking paper and place the julienned vegetables and spring onions in the centre. Add the salmon on top and the cherry tomatoes alongside. Place three slices of lemon on top of the salmon and drizzle with some olive oil and add the dill (I forgot to add this until after the photos-oops!_. 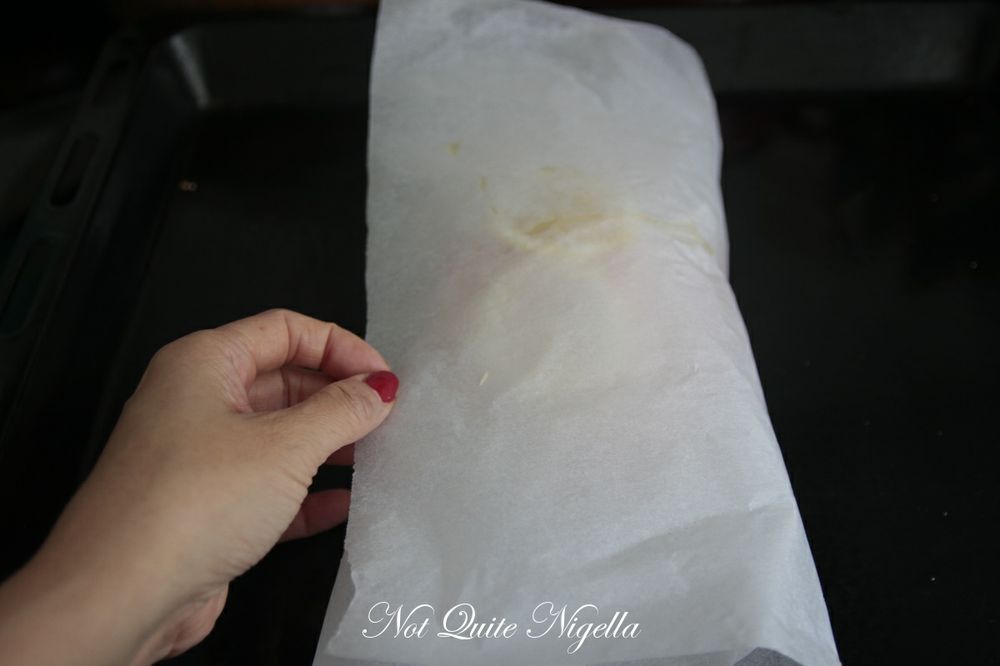 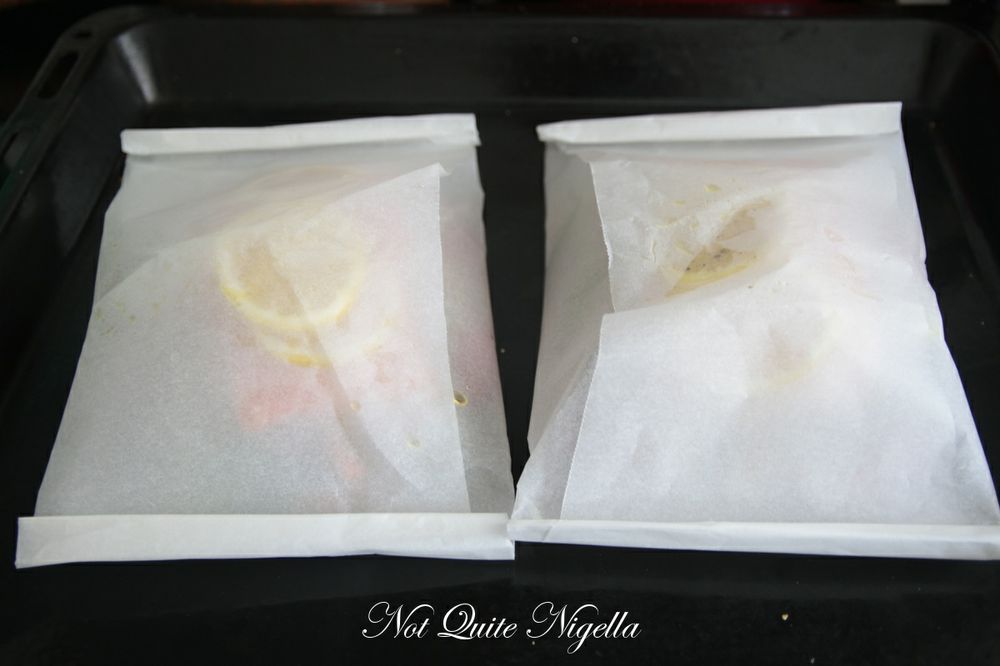 Step 2 - Wrap up like a parcel sealing each open end with a fold. Bake for 15-20 minutes (depending on how thick your salmon fillets are). Unwrap the parcel and season with salt and pepper. 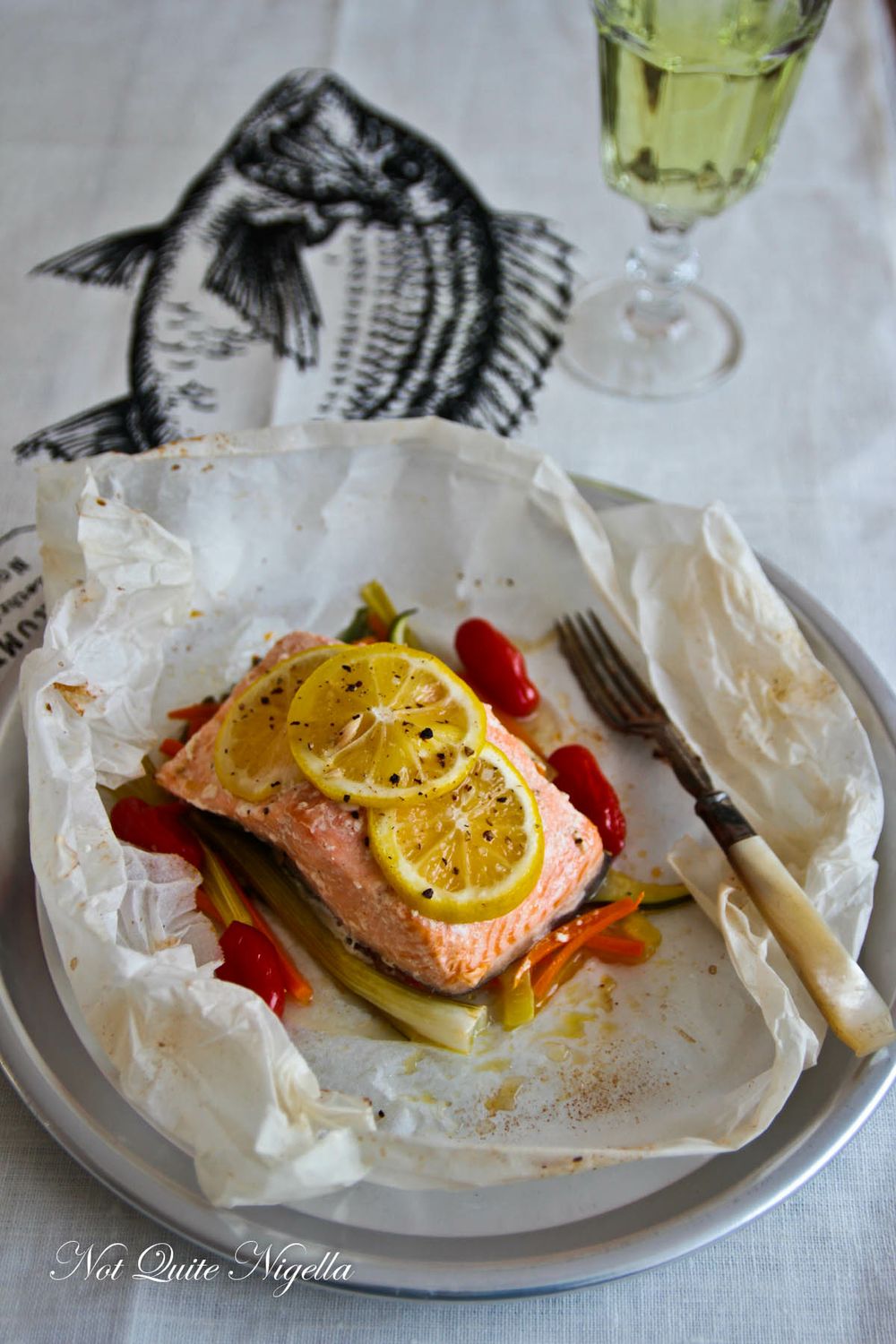