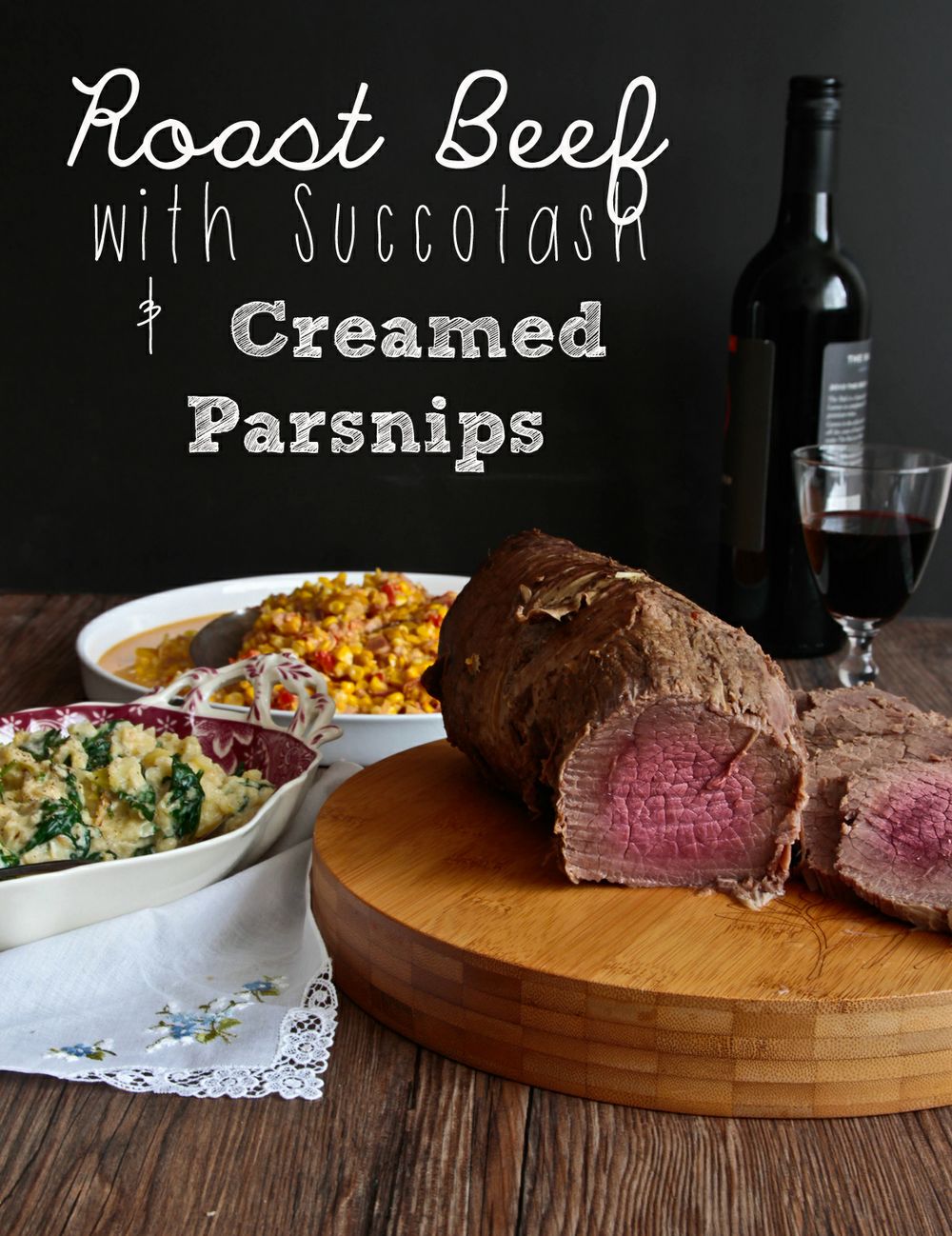 I was having my parents over for dinner one night and before they arrived, I was in the shower singing. Mr NQN hates me singing and is very sensitive to sound. Unfortunately the way that I love to sing is like a demented opera singer-the higher the better and I swear that I might be able to reach an out of tune dog pitch at times. So there I was having a shower and singing "Haaaapppy Biiiiirthday To Yooooouuu!" as high as I could. I thought that I was safe-the window was closed but then Mr NQN walked into the bathroom. 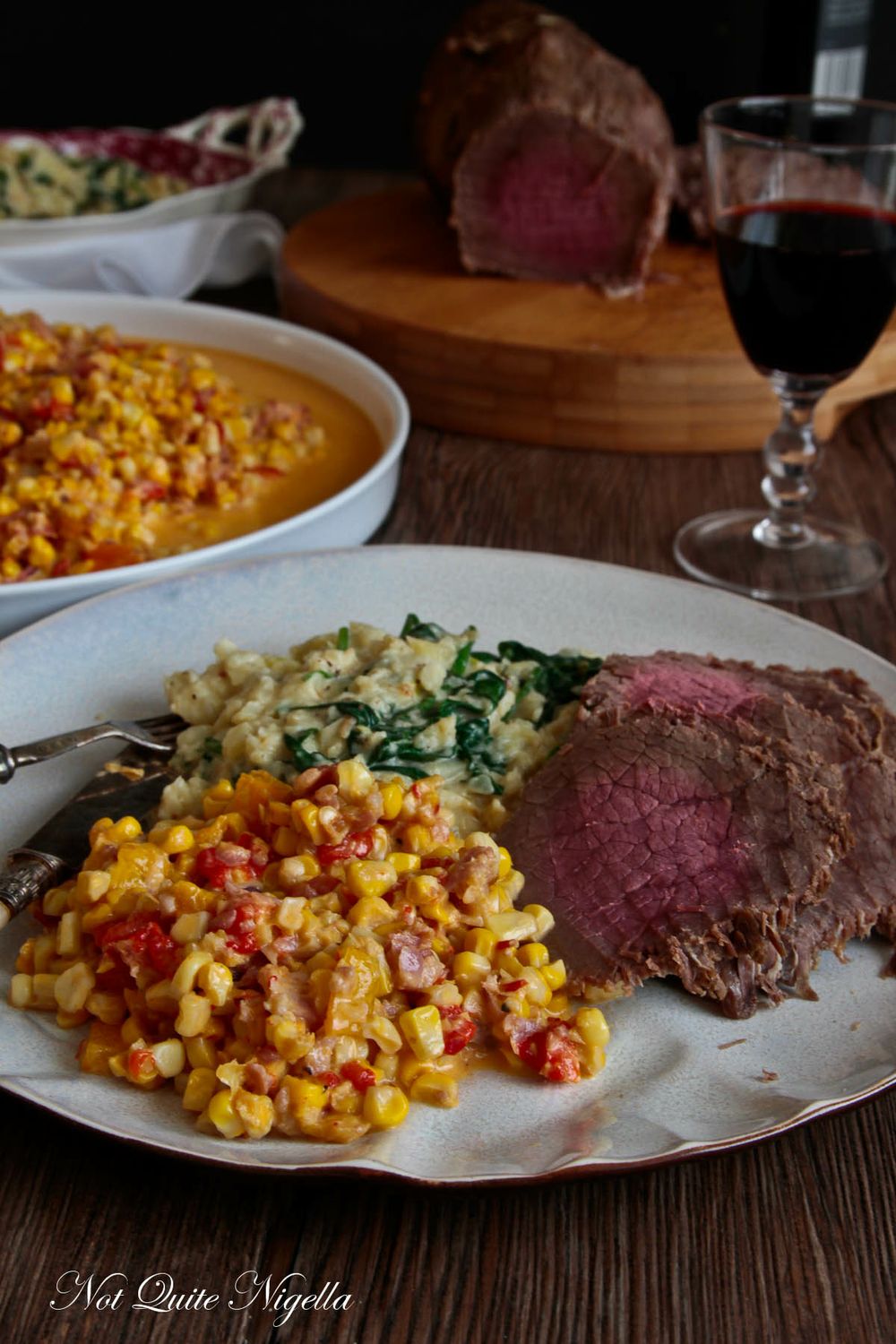 "Did you hear that?" he said his eyes shining with excitement. I looked back at him, bewildered. "What, me singing?" I asked him.

"No after you finished someone started cheering!" he said laughing. "They yelled out 'Woohooooo!!!!'"

I turned off the water and grabbed my towel. "I have a.... fan?" I said grinning excitedly. I finally had someone out there, somewhere that appreciated my dubious singing talent.

My parents had no idea why I was grinning like a mad woman when I served them dinner. A dinner that they usually wouldn't eat as they usually eat Chinese food every single day and night. It's not that they don't like roasts, they do, but they never make them and the idea of creamed parsnips and spinach and corn succotash were completely new to them. 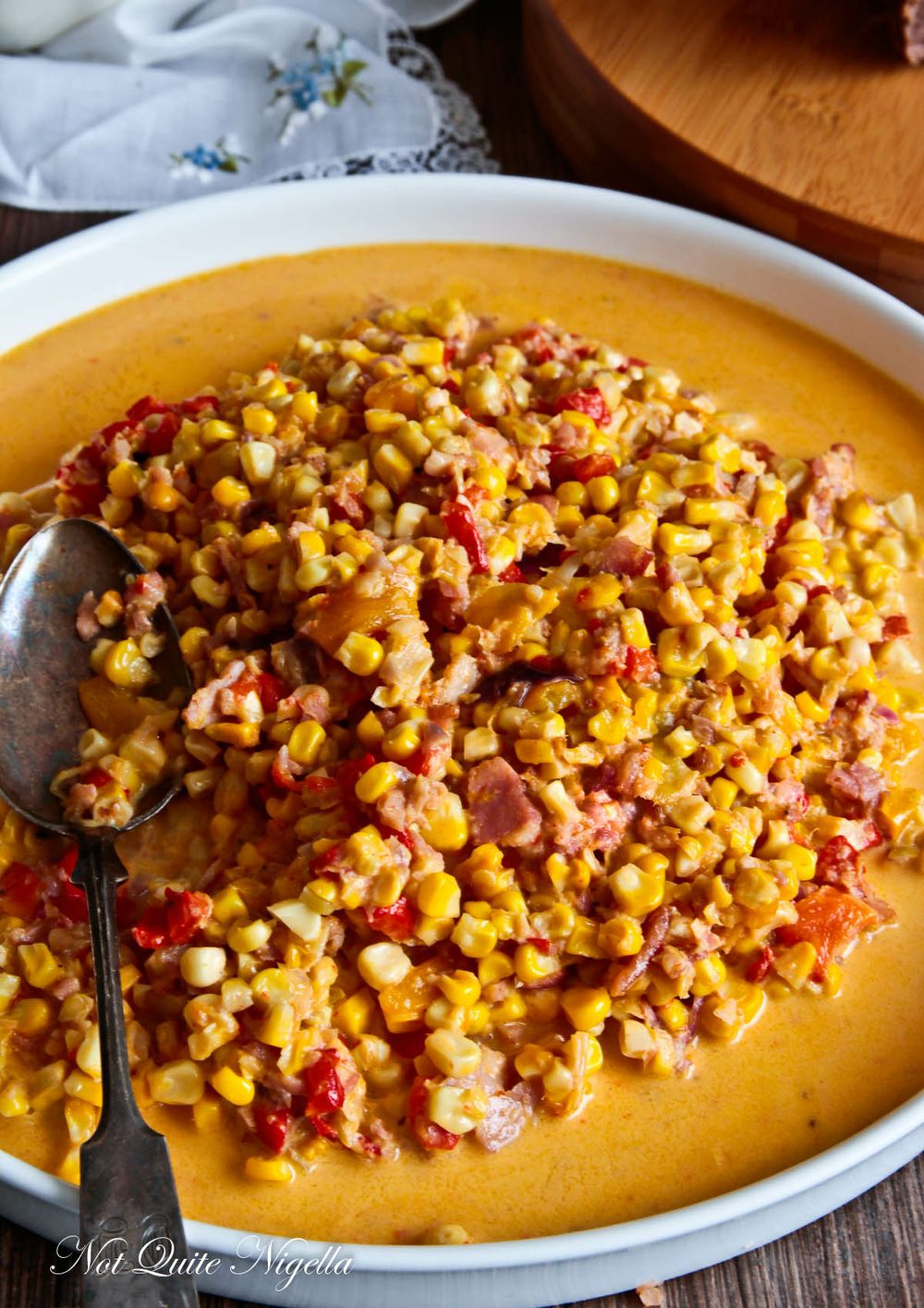 I wanted to make a beef roast as I had bought a beef fillet and needed to make sandwiches for Mr NQN for the coming week. I figured that half of it would be eaten for dinner with plenty of leftovers for lunch. And then a recipe from a couple of years popped in my head. It was during a trip to Canada that I tried succotash, previously only known in relation to the saying "sufferin' succotash." I had never tasted it before but based on the idea that it was linked with suffering, I thought that it might not be very good. Oh how I was wrong. For corn lovers like me, it is the ultimate corn recipe. Full of juicy corn kernels, little flavour pops of bacon and capsicum and finished with cream which is a great partner for corn, it is the kind of thing that had me asking the chef Blair Lebsack for the recipe, which he kindly furnished.

To go with this, I wanted more vegetables and this season's bounty of parsnips was the next item. I know people love or hate parsnips-they have that distinctive taste to them but cream just about anything and it's good. When I worked in North Sydney there was a shop where I used to buy creamed spinach for lunch for an extra special treat and I wanted to recreate it. The parsnips do have a hint of that distinctive taste but it's not overwhelming and the baby spinach adds an easy goodness and texture to the dish. 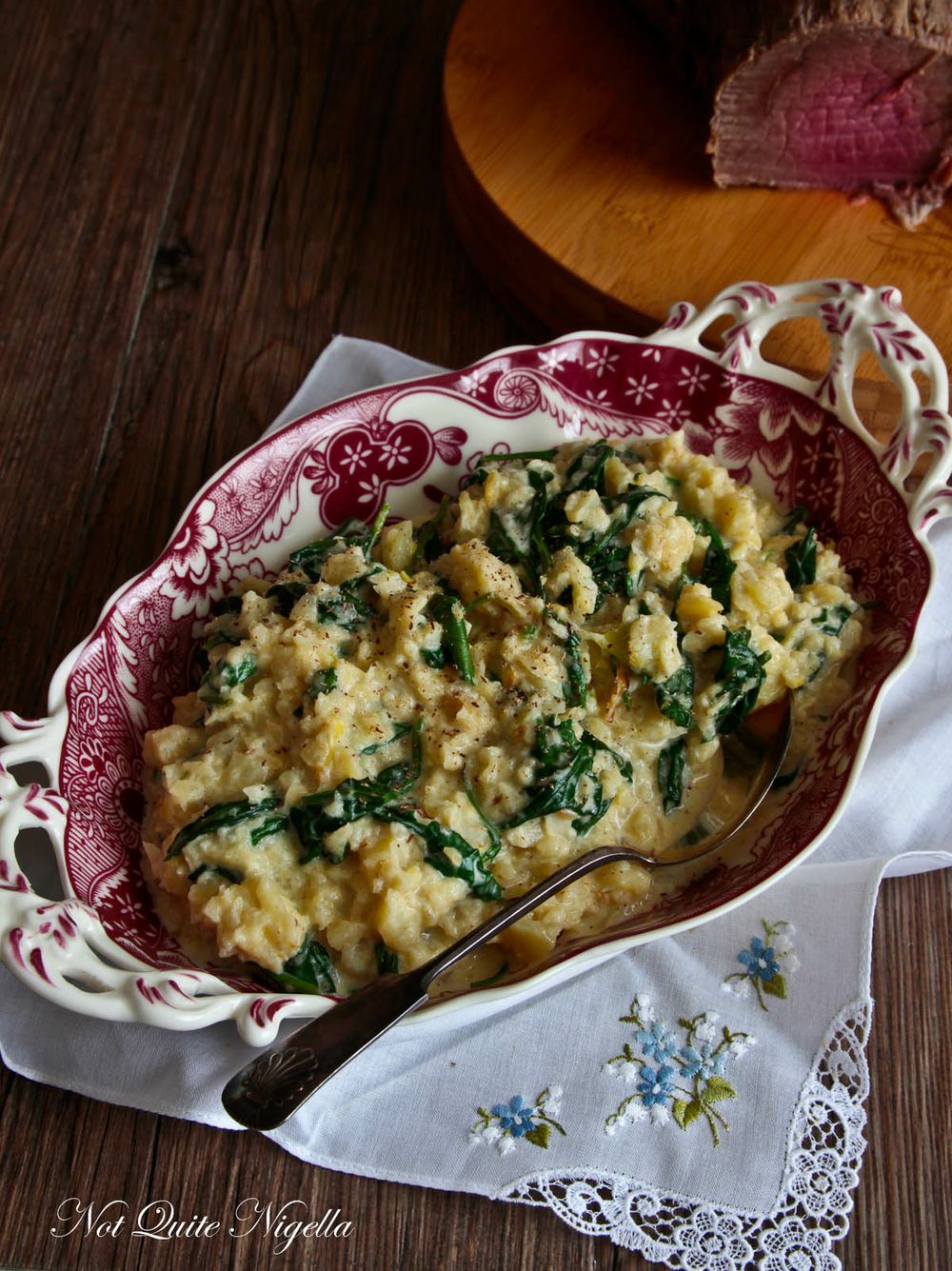 "Can you believe I have a fan of my singing?" I asked everyone while eating dinner.

They looked at each other before forking another mouthful, their responses masked with the food. I'm sure they couldn't believe it either ;)

So tell me Dear Reader, can you sing? And have you ever tried succotash? 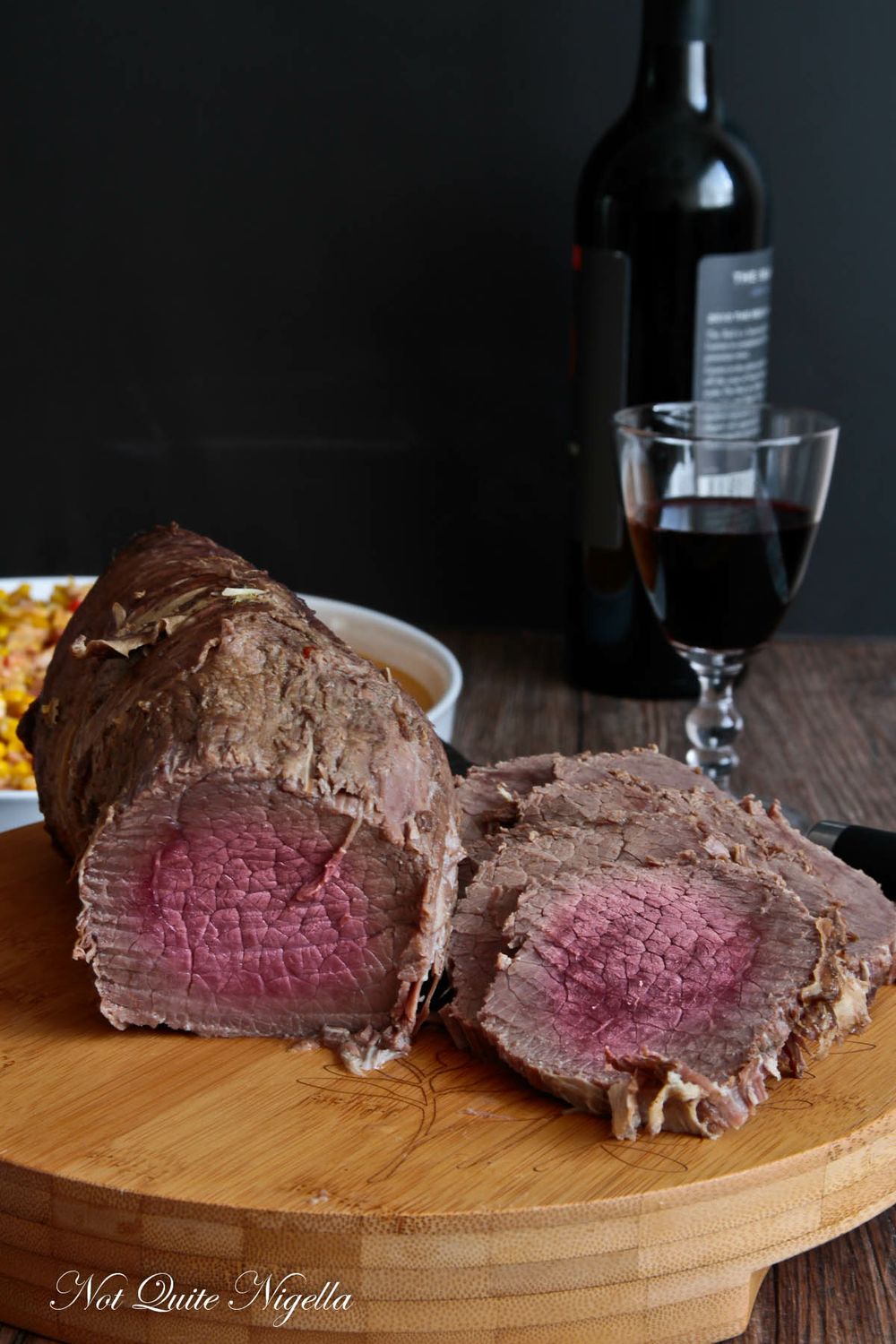 Step 1 - Preheat oven to 170C/338F and place a rack on a baking tray and line the tray with foil to catch any drips (this is to make cleaning easier). Heat a large frypan on medium to high heat and add oil. Season with beef with salt and pepper and then brown the beef on all sides.

Step 2 - Place on oven rack and roast for 30-35 minutes for medium rare. It depends on how done you like your roast beef and use a meat thermometer in the centre of the roast to test for the temperature that you want. A guide is below (keeping in mind that it will still cook a couple of degrees after it is removed  from the oven).

Step 3 - When the roast is a few degrees from what you want, remove it from the oven as it will continue to cook for a few degrees. Make a loose tent with foil over the roast and allow it to rest for about twenty minutes. 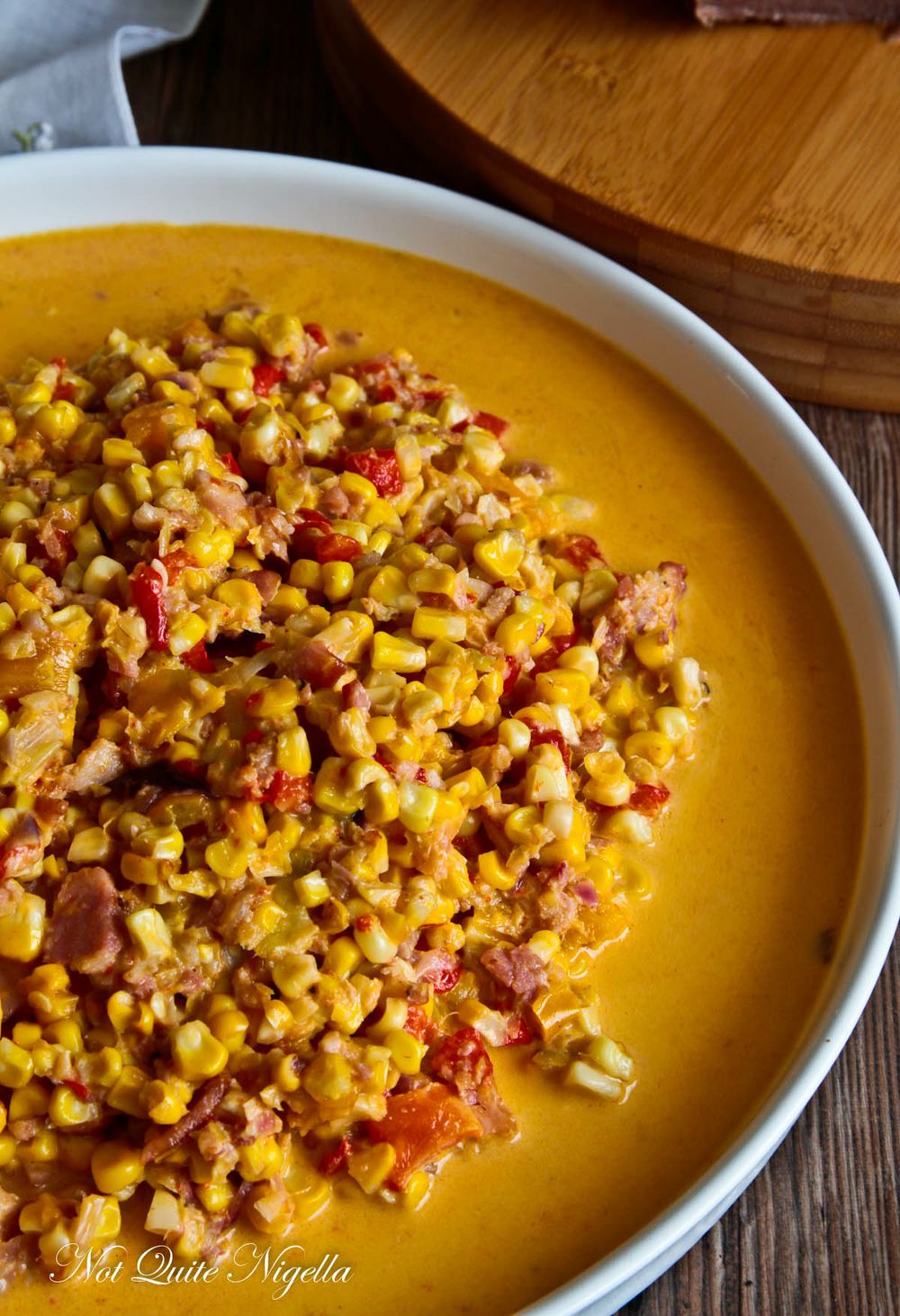 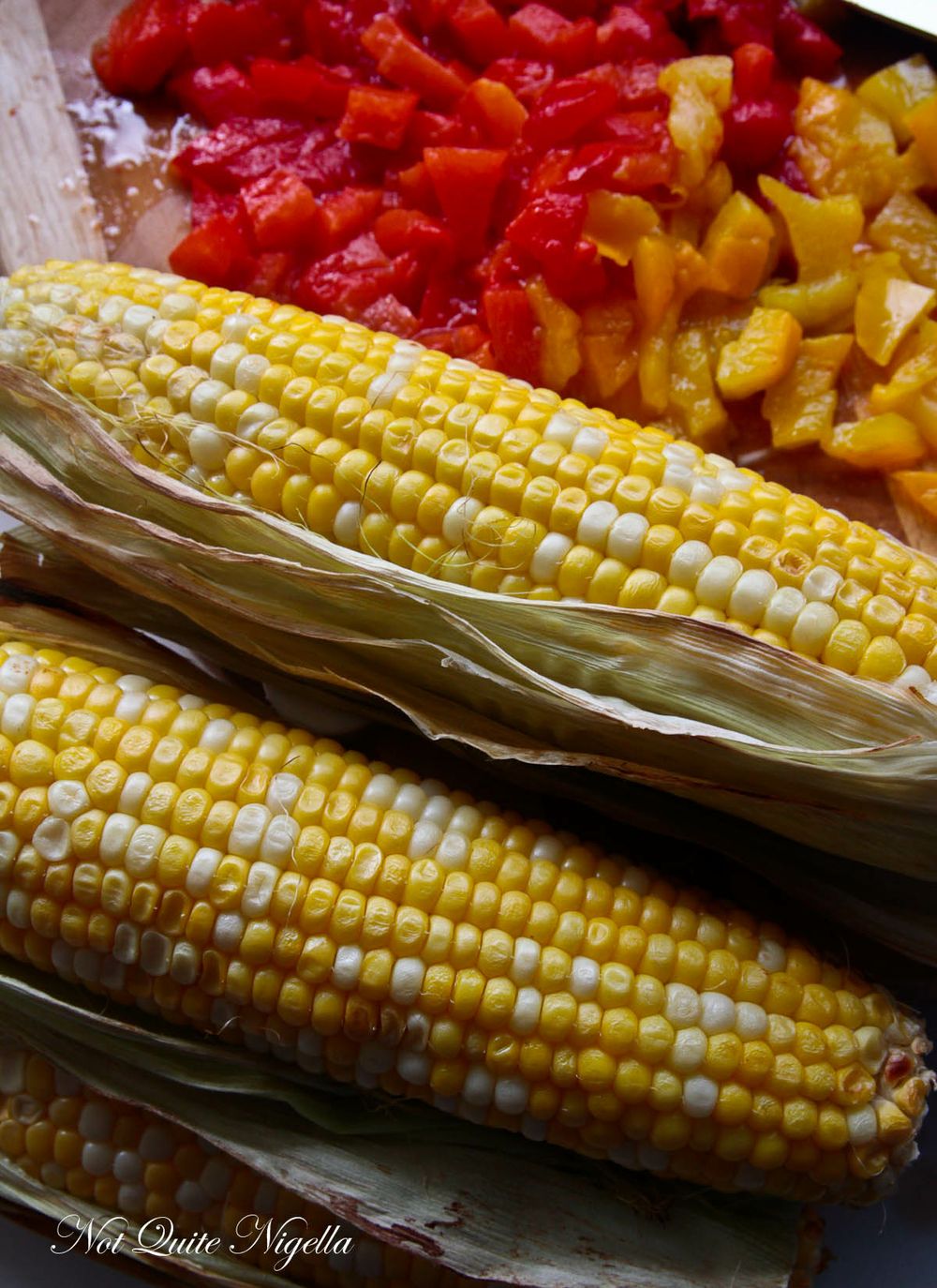 Step 1 - Soak the corn in the silks for 15 minutes. Preheat the grill. Deseed the capsicums and place them under the grill and blacken the skins of the capsicums. Remove and cool (the skin should slip off easily) and dice the capsicum. Grill the corn for 10 minutes turning over a few times. Remove the silks from the corn and slice the corn off the cob into a bowl with the capsicum. 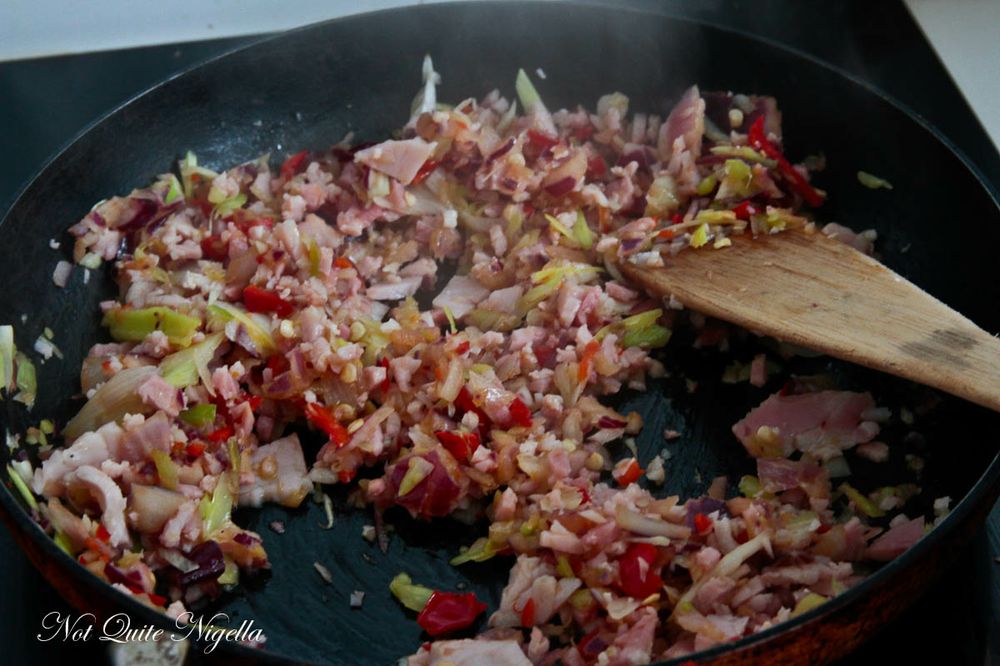 Step 2 - Heat a saucepan on medium heat and cook the bacon first-it should release some fat so you shouldn't need oil. Add the onion and leek and saute. Then add the chilli, capsicum and corn mixture and sprinkle with sugar. Cook for a few minutes until the flavours combine. Then add the cream and cook down to reduce the cream-it will take about 5-8 minutes. 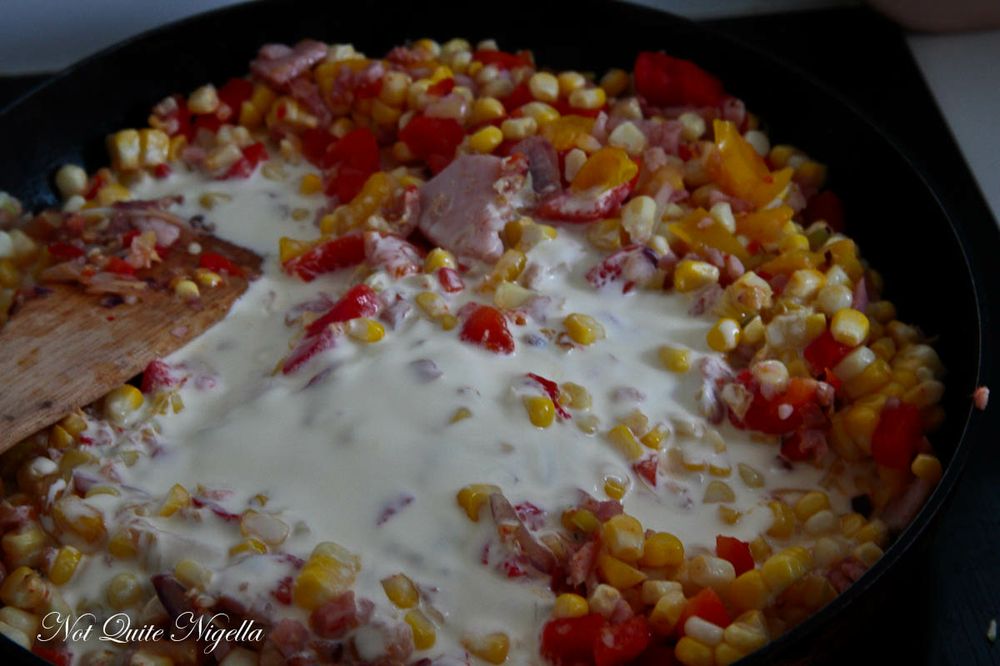 Step 3 - Add salt and pepper to taste along with lemon juice. 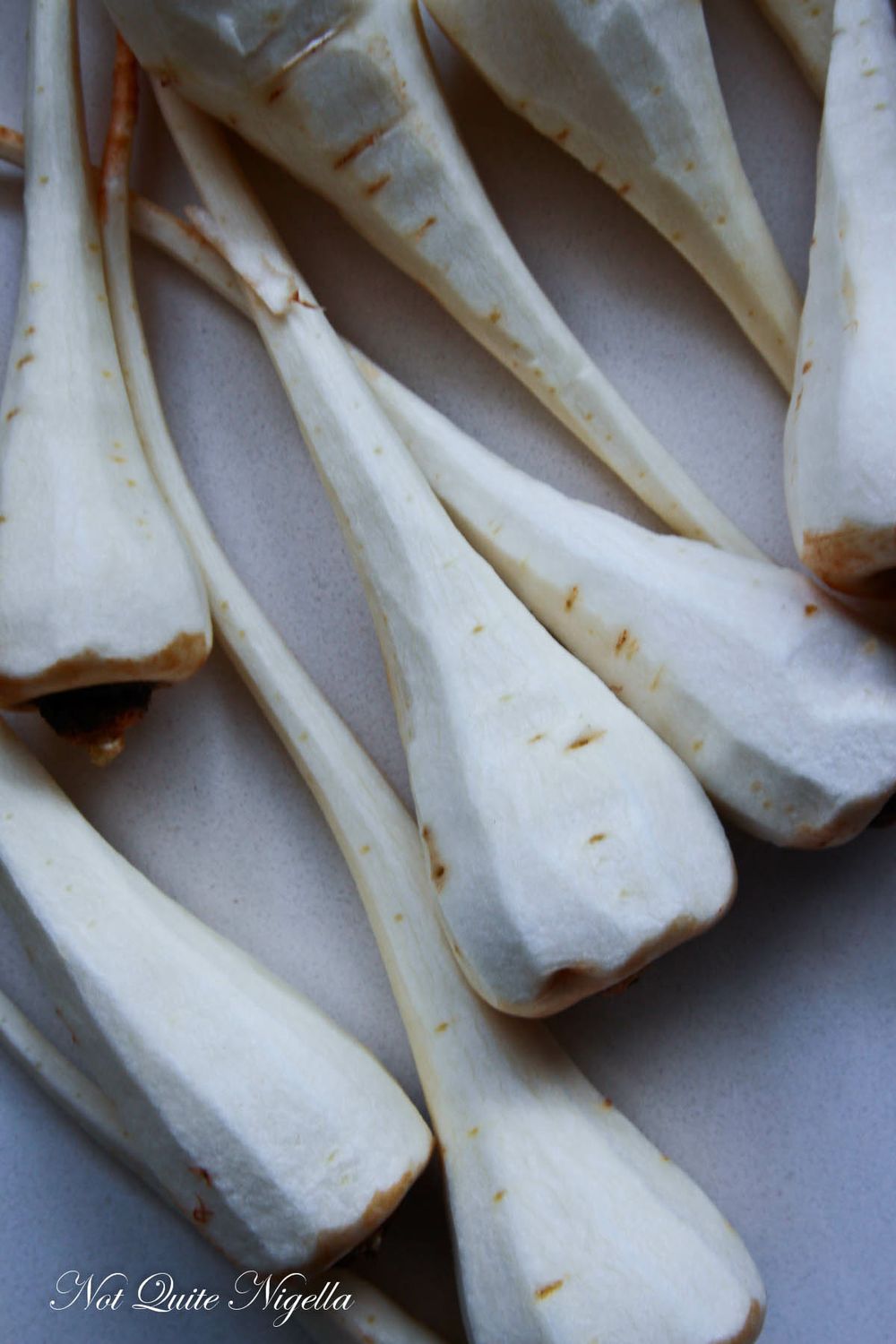 Step 1 - Peel and trim the parsnips and chop these roughly. Slice the leek in half horizontally and cut into small half moon pieces. Chop garlic roughly.

Step 2 - Heat a saucepan on medium heat and saute the leek for a minute, then add the chopped parsnips, garlic and the stock. Place the lid on and simmer for about 10 minutes until the parsnip is soft.

Step 3 - Add the baby spinach and stir to wilt the leaves. Add the cream and season with salt, pepper and freshly grated nutmeg.