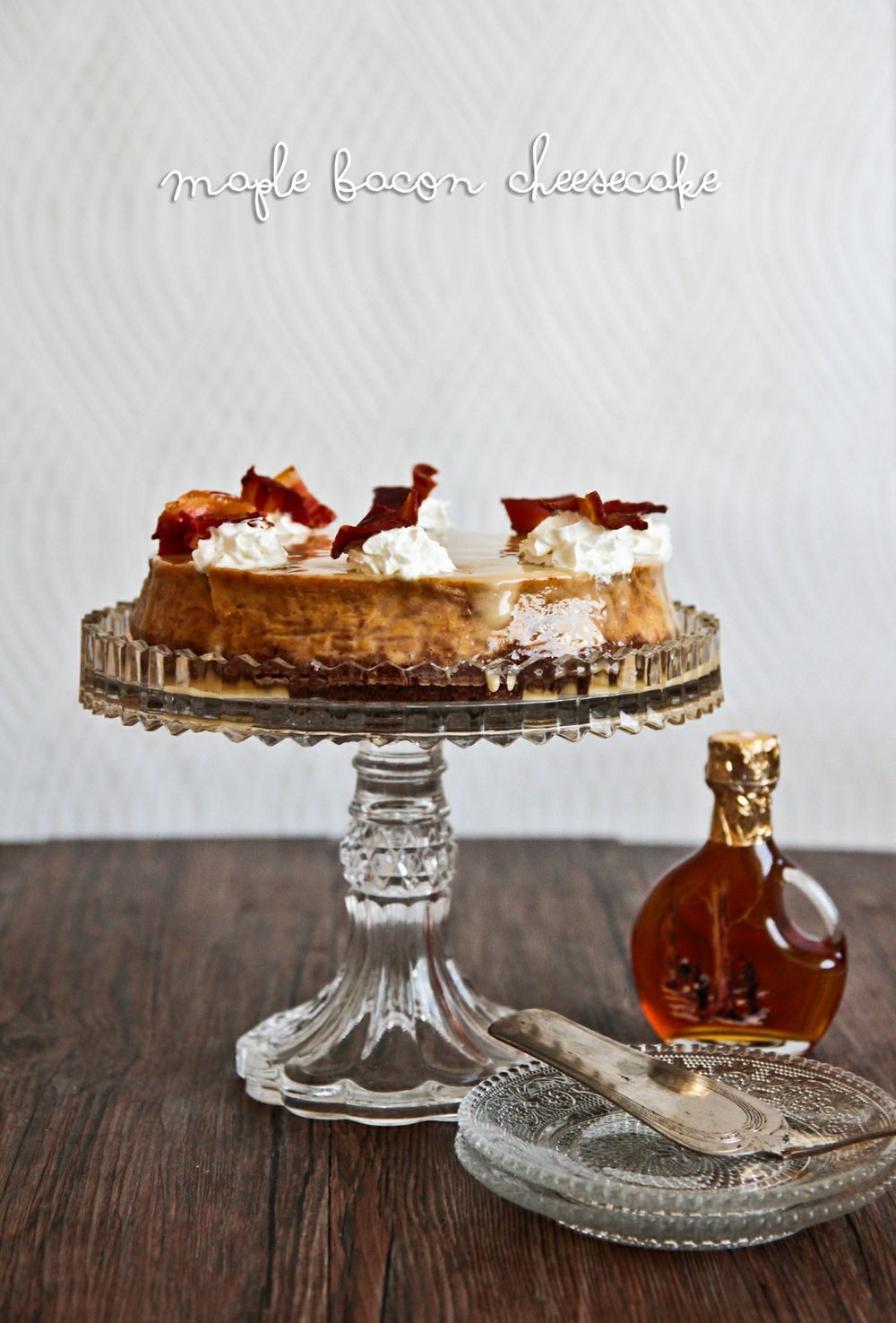 "Do you think planes still need airsickness bags?" I said to Mr NQN as we were walking down the aisle to our seat on a plane and a sickbag poked out of a business class seat. We were headed towards the economy section and passed a man who was grinning wildly at his business class seat and trying to catch the eye of everyone that walked past. But when we reached our seat I was confronted with one of my worst nightmares on a plane...

The smelly passenger that reeked of body odour.

I wasn't sure where the smell was coming from at first. The woman that sat next to me in our row of four looked well dressed enough, I would say Byron Bay expensive hippy chic. Her hair was done nicely and when we sat down she was already seated under a blanket and she glared at us. I think she was hoping for a free row but alas, this was a full flight. As Mr NQN has long legs, I gave him the aisle seat and I settled in beside her.

I sniffed the air and then she shifted and raised her arm. What emanated from underneath the blanket was a violent, almost visual case of body odour. I gagged and turned to Mr NQN and nestled my nose towards him. "Your nose gets used to smell" I kept telling myself but my nose never does. Having a keen sense of smell is as much a blessing as a curse. As it was an evening flight they served dinner and I forced it down while leaning into Mr NQN. The woman's arms waved as she changed channels and with each lift of the arm came a waft of pungent, foul odour. 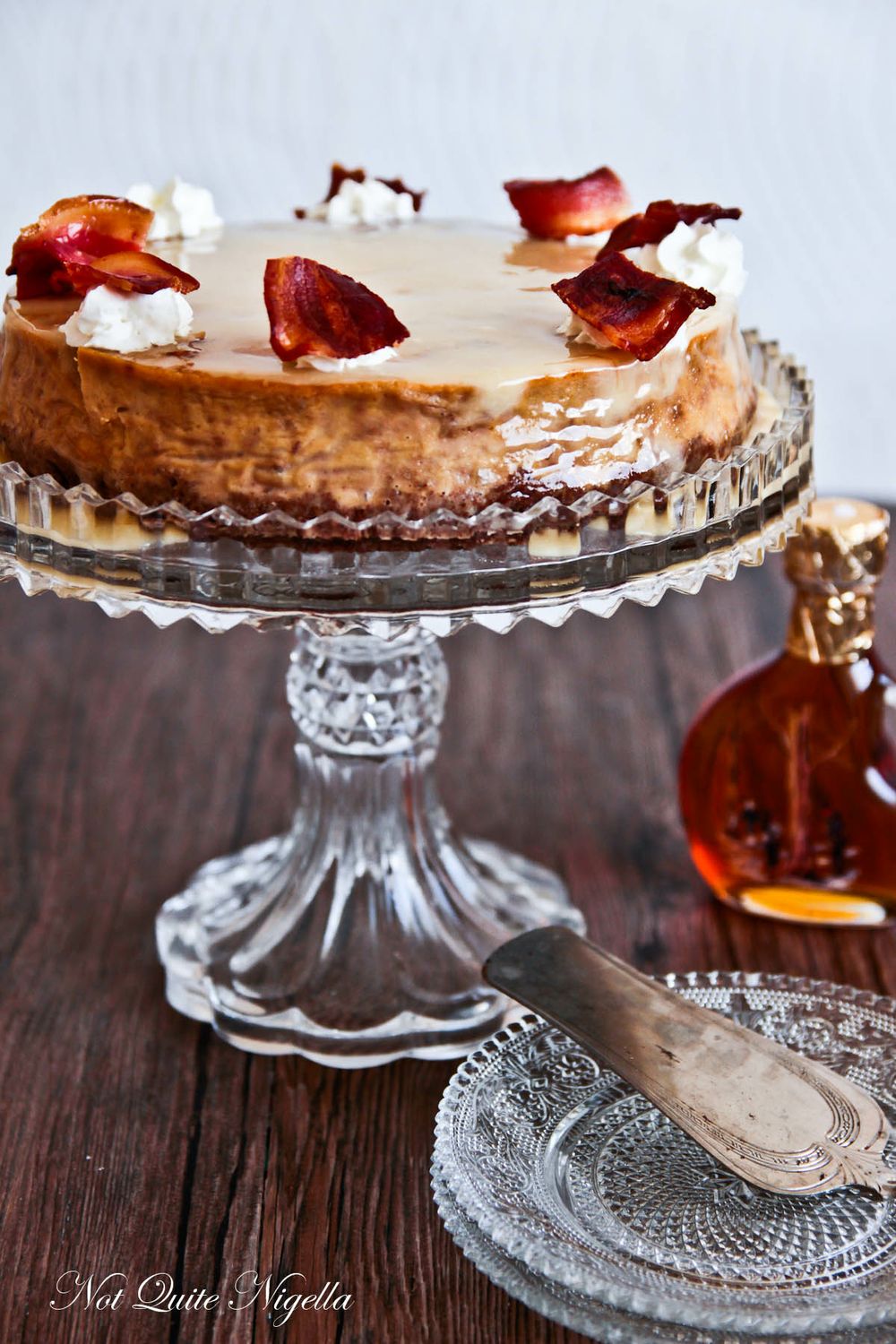 "I feel nauseous" I whispered to Mr NQN. I wasn't being melodramatic (this time ;)). They turned out the lights and he could see that I wasn't feeling well so he swapped seats with me so that I could be closer to the bathroom and further away from her. Mr NQN handed me a air sickness bag and I flagged down a flight attendant. "I'm sorry but do you have anything for nausea?" I asked her. She returned with the kind steward who asked me a few questions and offered me a ginger ale. As he went to fetch it, I got chills and dizziness and then I opened the air sickness bag and deposited my entire stomach contents of my dinner into the air sickness bag.

The rest of the flight wasn't great. I was loathe to drink anything as the nausea wouldn't leave me nor would her smell. When we touched down and deplaned, I breathed in a deep breath of fresh air. When we got home I ate and cooked nothing for the next 20 hours. But of course hunger gets the best of you and your stomach starts rumbling. And then the baking bug bites and before you know it, you're making something that is borderline bats*t crazy and you're so hungry you don't know what to do about it. This my Dear Reader was the result of not having eaten or baked for a while. A bacon, maple cheesecake. I know, stop looking at me like that please. But I promise that if you love bacon and maple syrup on pancakes, then this might not be so odd.

I know, I'm going to be known as that crazy bacon lady after this. After all there was bacon jam, bacon caramels, bacon ice cream, bacon roses, bacon salt and bacon pate. But hear me out, bacon is related to pancakes via maple syrup and also cheese... and maple syrup is a sweet bridge between both bacon and cheese. Do you see where I am going? This cheesecake is not for your combination phobic or your fussy eater though I will admit. After all you don't want to waste perfectly good bacon and cheesecake on someone that is going to turn their nose up at it. Save this for your most bats*t crazy friends and family, the ones that won't flinch when you offer them a piece of this gloriously gooey, thick cheesecake studded with candied bacon and walnuts with a thin chocolate cookie crust and maple glaze.

So tell me Dear Reader, what sort of things or people do you dread when flying? Have you ever sat next to a smelly passenger? Would you ask to move or would you sit tight? 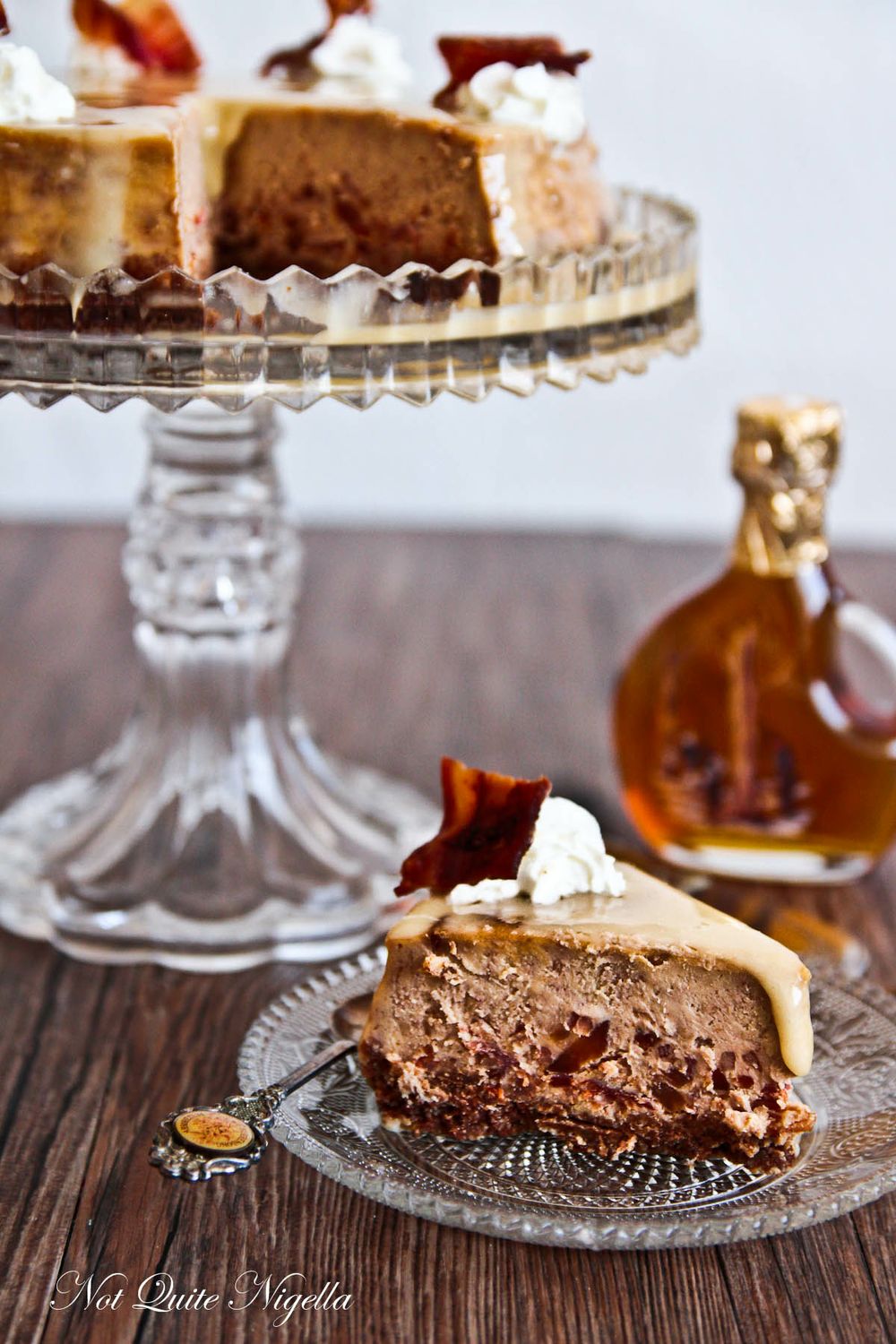 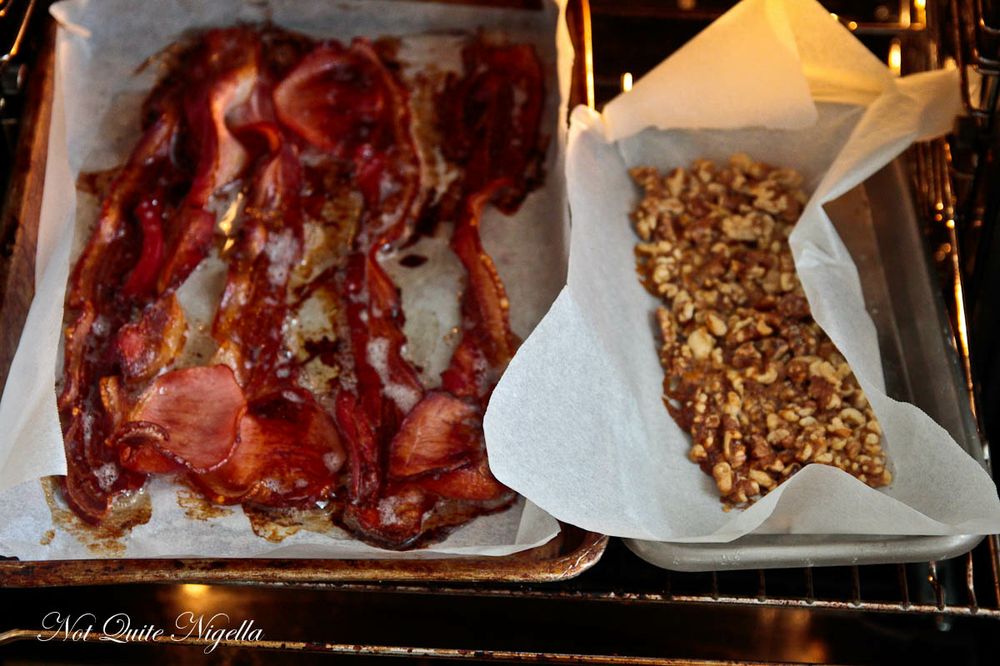 Step 1 - Make the candied bacon and walnuts first. Preheat oven to 200C/400F. Line two trays with baking paper and lay out the bacon onto the larger one and the walnuts on the smaller one. Toss the nuts in a tablespoon of the maple syrup and bake alongside the bacon in the oven. The walnuts will be done after 10 minutes so remove those and leave the bacon to cook further until it is crispy. 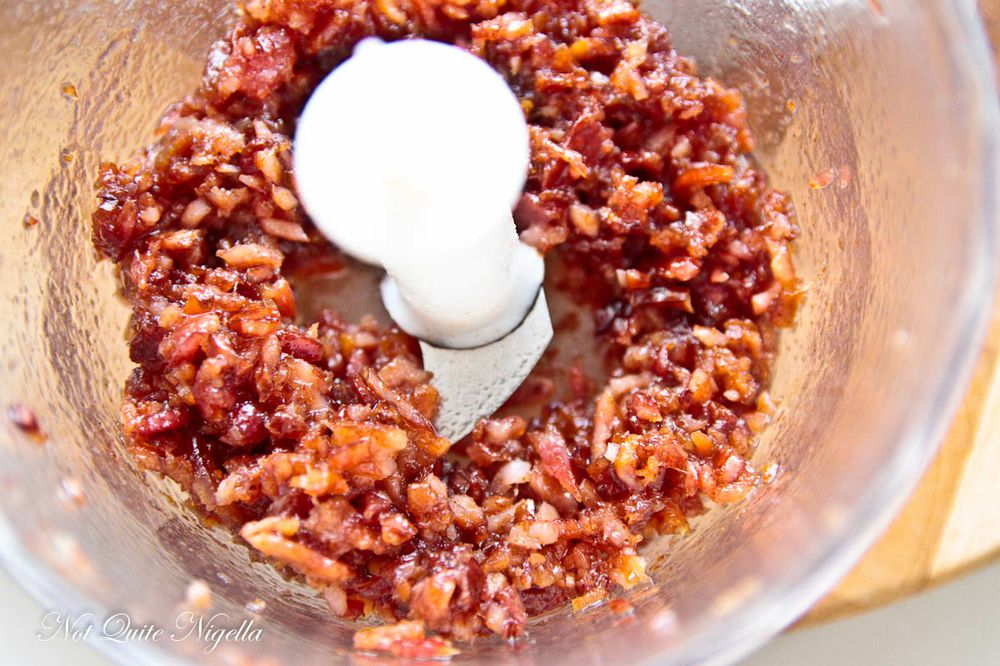 Remove the rind from the bacon and reserve two of the longer, crispy pieces (these will be used to decorate the cake). Place the rest of the bacon in a food processor with 2 tablespoons of maple syrup and blend until you get finely diced honey bacon. Place into a bowl and then blitz the candied walnuts and place in the same bowl as the bacon. 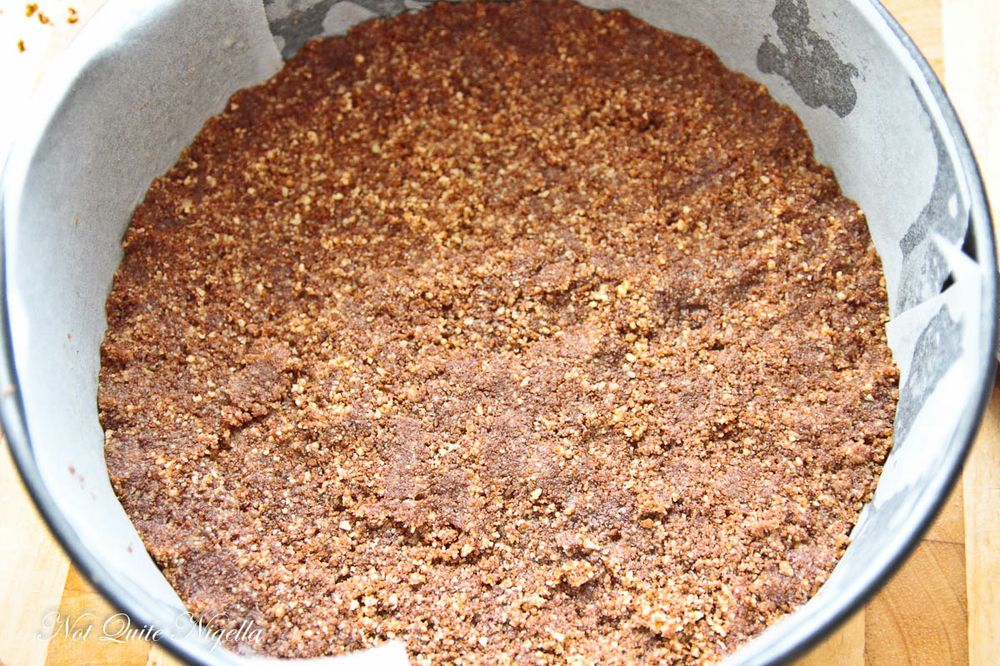 Step 2 - Preheat the oven to 160C/320F fan forced. Process the biscuits in a food processor until crumbled finely. Add butter until it comes together. Press into a greaseproof paper lined 20cm/8 inch diameter springform pan and place in the fridge while you do the filling.

Step 3 - Put a kettleful of water on the boil and have a large deep dish baking dish ready-you will use this for the water bath so it needs to be big enough to fit the springform tin in and hold water up to halfway up the side. 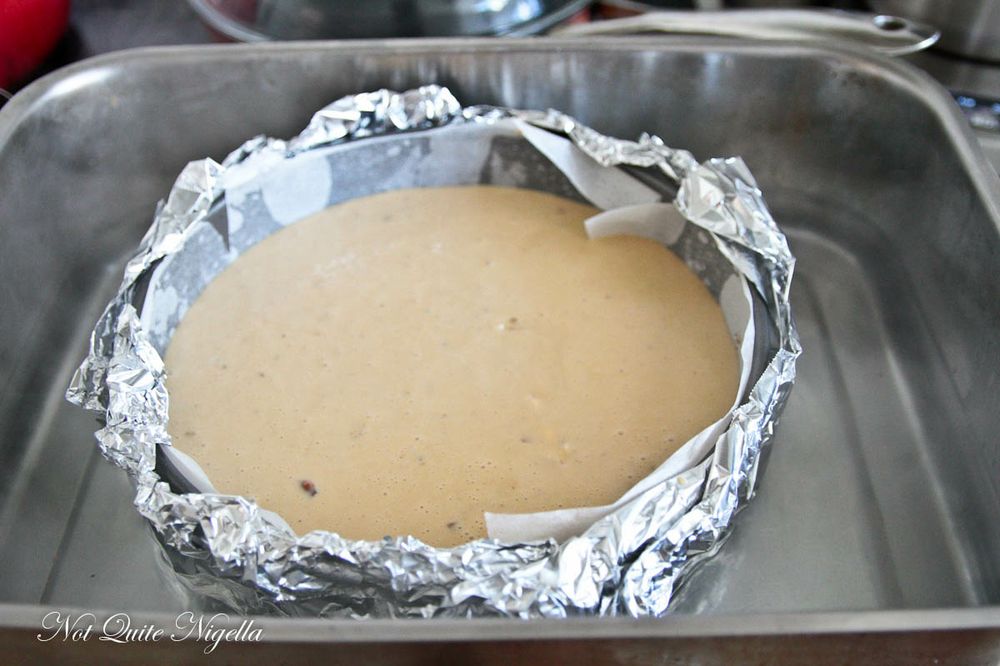 Step 4 - In a clean food processor beat the cream cheese, brown sugar, maple syrup, cream, espresso, cornflour and vanilla paste until smooth. Add eggs one at a time but do not overbeat. Just pulse the food processor when you add the eggs in and then the bacon mixture. Overbeating the mixture can give your cheesecake a crack in the centre.

Step 5 - Remove the base from the fridge and place in the deep baking tray. Pour the boiled water around the edge to make a water bath. Then pour the cheesecake filling into the prepared biscuit base tin and remove any air bubbles if there are some on the top. Bake for 1 1/4 hours until the centre is a little wobbly. Turn off the oven and cool in the oven. Cover with cling film once completely cool and refrigerate overnight.

Step 6 - Unclip the tin and place the cheesecake on a serving plate. Sift the icing sugar in a bowl (I use a food processor as I'm very lazy) and then add the maple syrup and stir until you get a thick glaze. Pour over the top of the cheesecake. Pipe cream dots and place pieces of the reserved bacon on top. 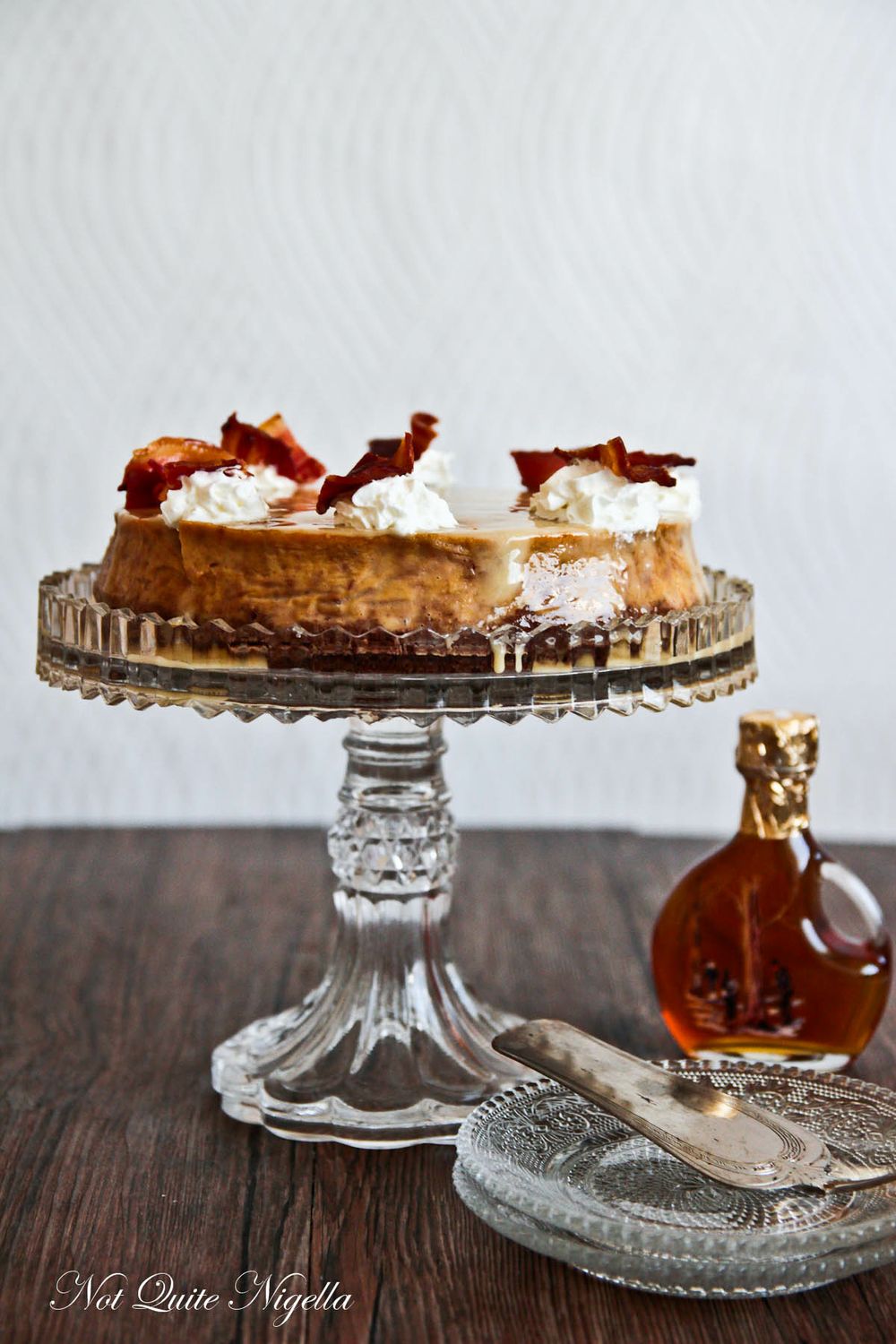