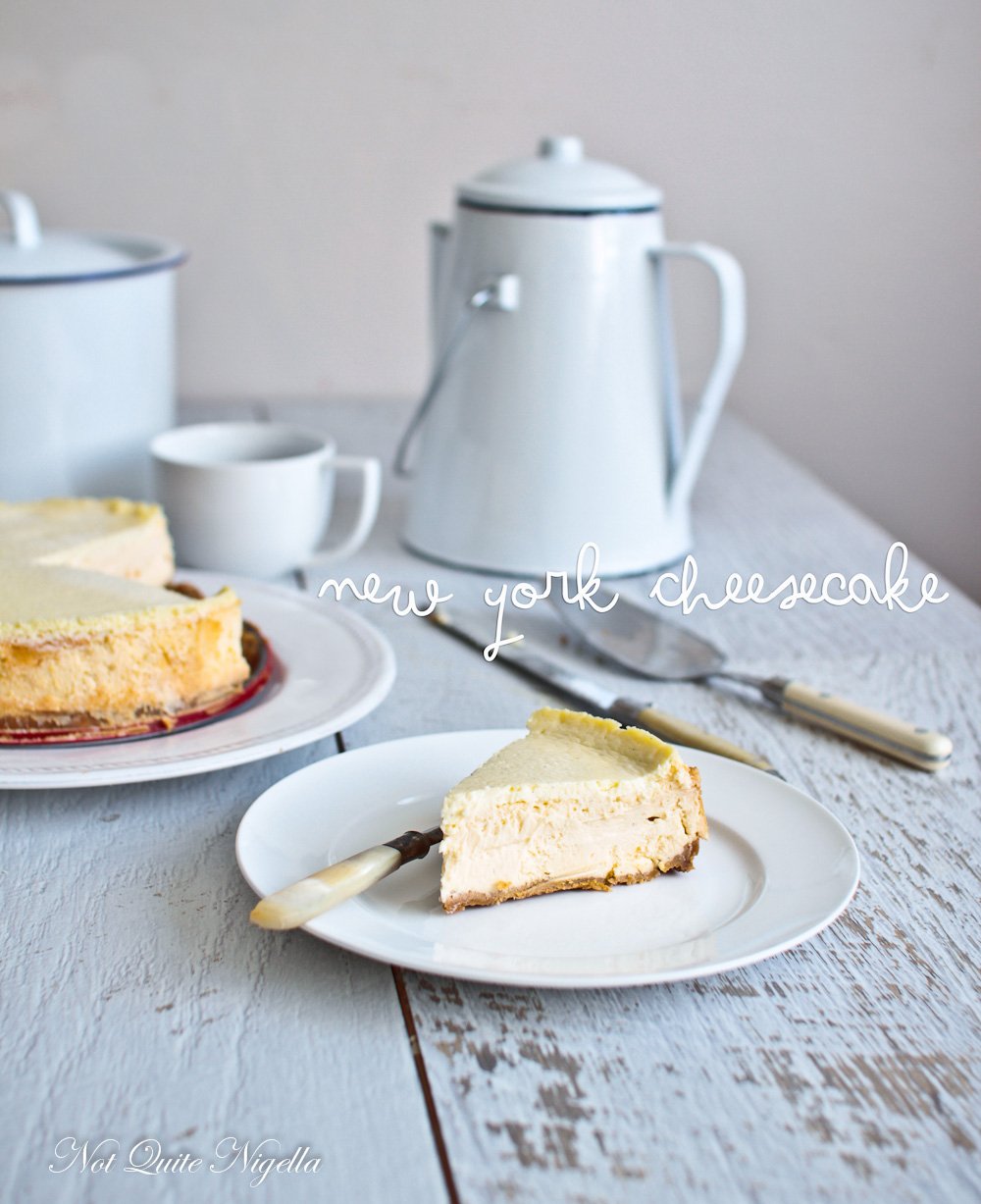 A New York Cheesecake is a classic for a reason. Classics are great, superb even and evoke many memories. This New York Cheesecake is simply the best cheesecake I have eaten. When I first saw the recipe I read over it twice. You see it was touted to me as the best cheesecake but I couldn't see anything particularly fancy in it. And then I made it. And I literally ate my sceptical words.

New York Cheesecakes are simple affairs. Tall, with the simplest of ingredients: cream cheese, sour cream, vanilla, eggs and sugar they often have a thin sour cream layer on top. Their texture is gorgeously creamy and dense - this is no light and fluffy number. There is no fruit or sauces on top, it is served as is. The New York version of cheesecake was said to be invented by a German immigrant to the United States Arnold Reuben of Reuben's Restaurant and Delicatessen (also the man who was also known for either inventing or being the namesake of the Reuben sandwich depending on the story you read). Instead of using cottage cheese, Arnold used cream cheese and was said to be inspired by a dinner party in which he was served a cheese pie. And while I love interpretations of desserts, there is one dessert that disappoints me: the deconstructed cheesecake. I adore sticking a fork into a fat slice of perfectly cut cheesecake and lifting it to my mouth.

The origins of this recipe are from my trainer Nina. This is the only cake she will ever ask for and she usually doesn't eat any cake at all and is on a low sugar and gluten free diet. But it is that good that she abandons all the rules for this cheesecake. 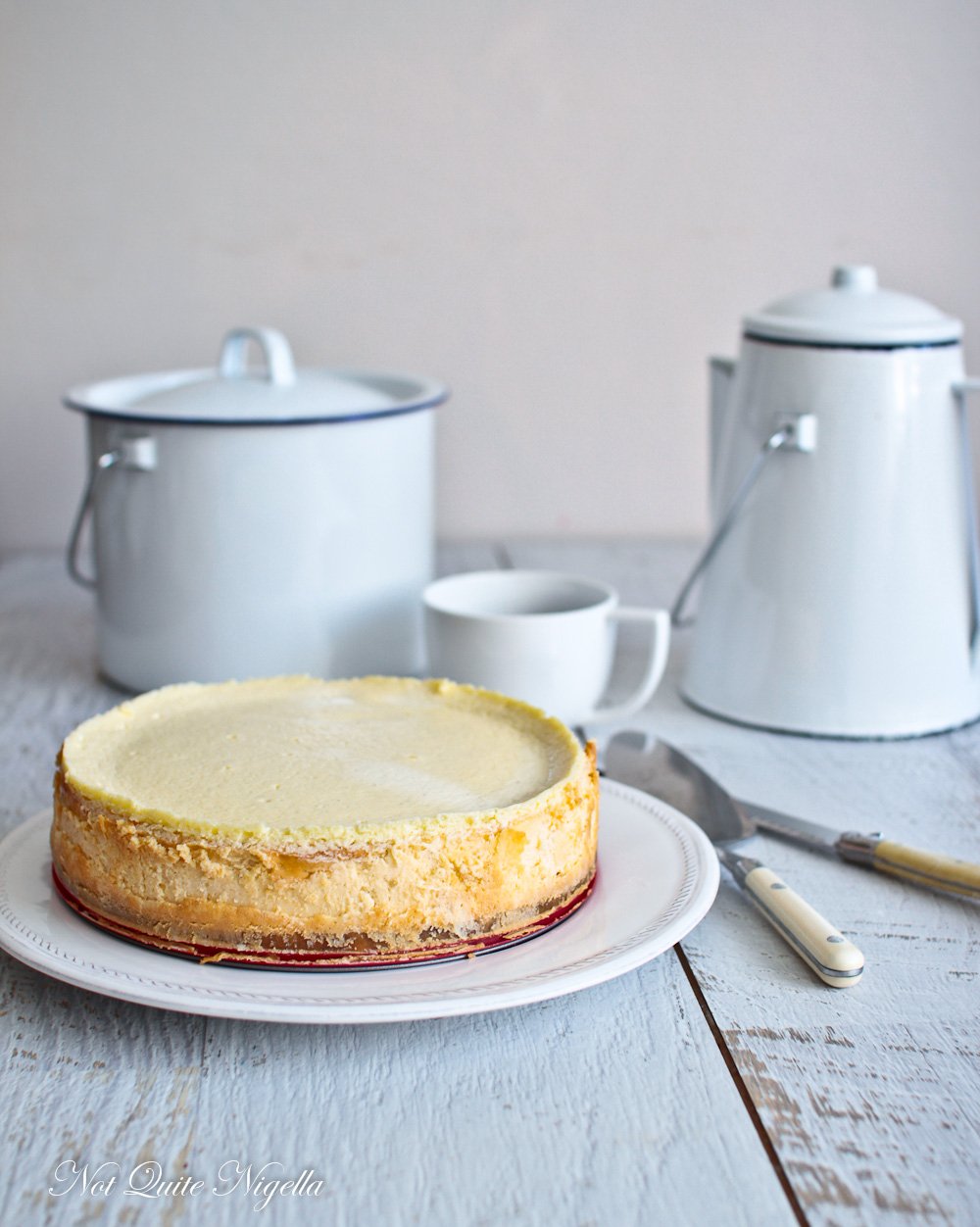 If you watch my Snapchat you'll probably see me hanging out with Nina quite a bit. Nina has a very sweet disposition but at times, she can be really blunt without knowing it. She trains in Centennial Park every morning and there's a range of people that she sees every day. They acknowledge each other with a hello or a nod such is the regularity of their interactions that to ignore each other would be rude. For the past year, she has walked past a man who has tried to flirt with her. He is an extremely conservative writer and her politics couldn't differ more from his if they tried. He is firmly anti immigration and against allowing asylum seekers along with a range of other things. His dog recently passed away and he is of course devastated.

When Nina was walking to her car another woman stopped her and told her the news about his dog passing. Nina blurted out, "But he is a very evil man you know!" before clocking the woman's wide eyed look of confusion. She added quickly, "It's terrible about his dog obviously!". I don't think the woman knew about his politics or even cared or perhaps she was in agreement with him but Nina is a principled and at times misunderstood soul that carries her convictions on her sleeve. But she also loves dogs.

So what is a Chinese Australian person trying to do teaching people how to make a New York Cheesecake from a recipe by a South African German Jewish personal trainer that doesn't eat sugar and gluten? I'm getting pushy here. If you love a classic cheesecake, you will adore this one. There are absolutely no fancy tricks to this, and even making it sounds simple. Just make it and eat it. You may find yourself blurting out things too!

So tell me Dear Reader, do you ever just blurt out things without realising? And are you passionate about politics? Would you be able to befriend someone with opposing views to you? Do you have a favourite type of cheesecake? And do you start eating from the tip of the cheesecake or the wider end? 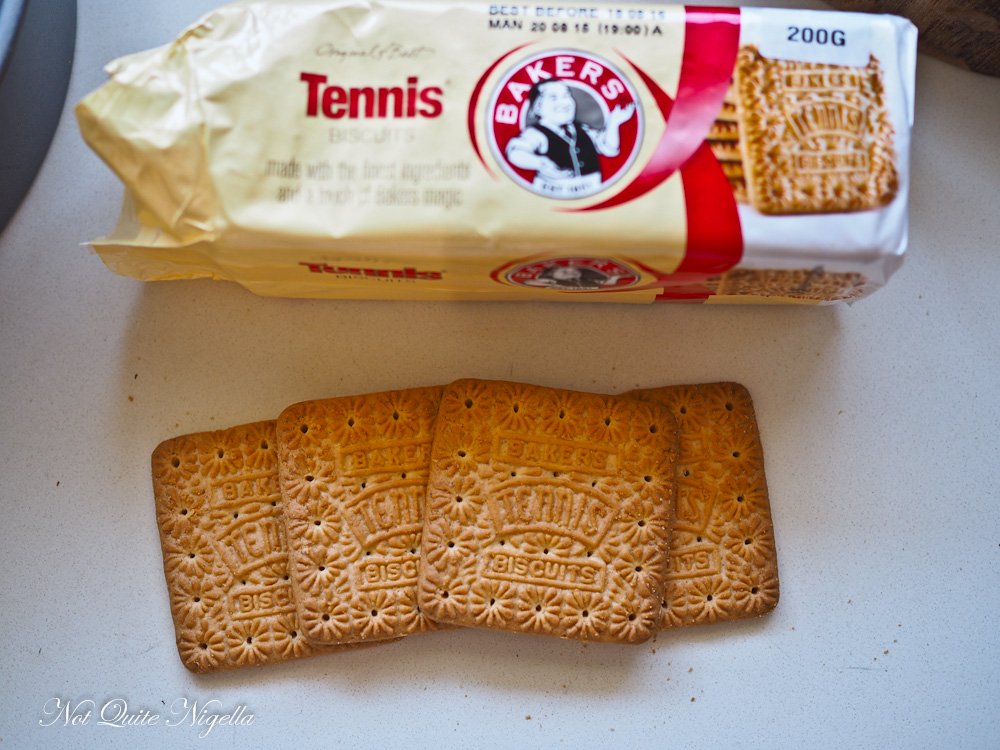 *Tennis biscuits are a South African biscuit or cookie. They are found at supermarkets in suburbs where South African people reside. They come in 200g/7oz packets and are made by the brand "Bakers". Do try and seek them out because they have a lovely coconut flavour to them and is unlike most biscuits or cookies in Australia (the closest is probably a Nice biscuit).

Step 1 - Preheat oven to 160C/320F. Line the base and sides of a 20cm/8inch springform tin. Break the cookies in half and place them and the sugar in a food processor and blitz until you get fine crumbs. Add in the melted butter. Press into the prepared tin. Bake for 10 minutes and then cool. 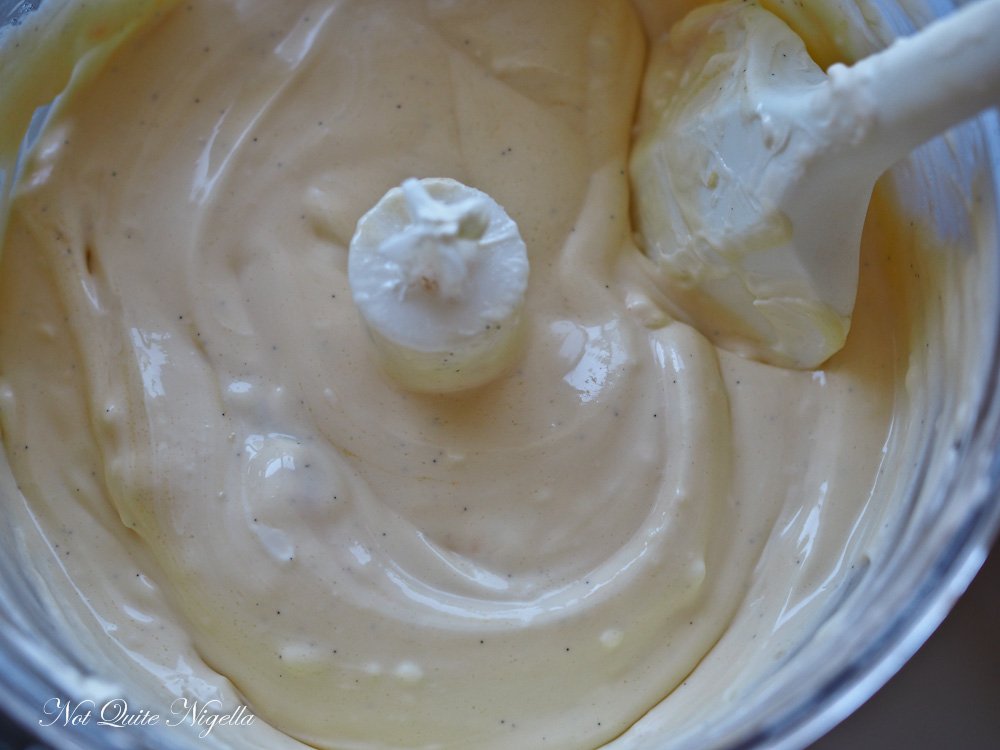 Step 2 - Reduce the oven temperature to 140C/ 284F. Clean the processor and then add the cream cheese and sour cream blitz until smooth. Add the eggs, sugar, custard powder and vanilla and process until smooth (try not to over process this, just keep scraping). Scoop into the prepared tin and bake for 1 hour. There is no need for a water bath. 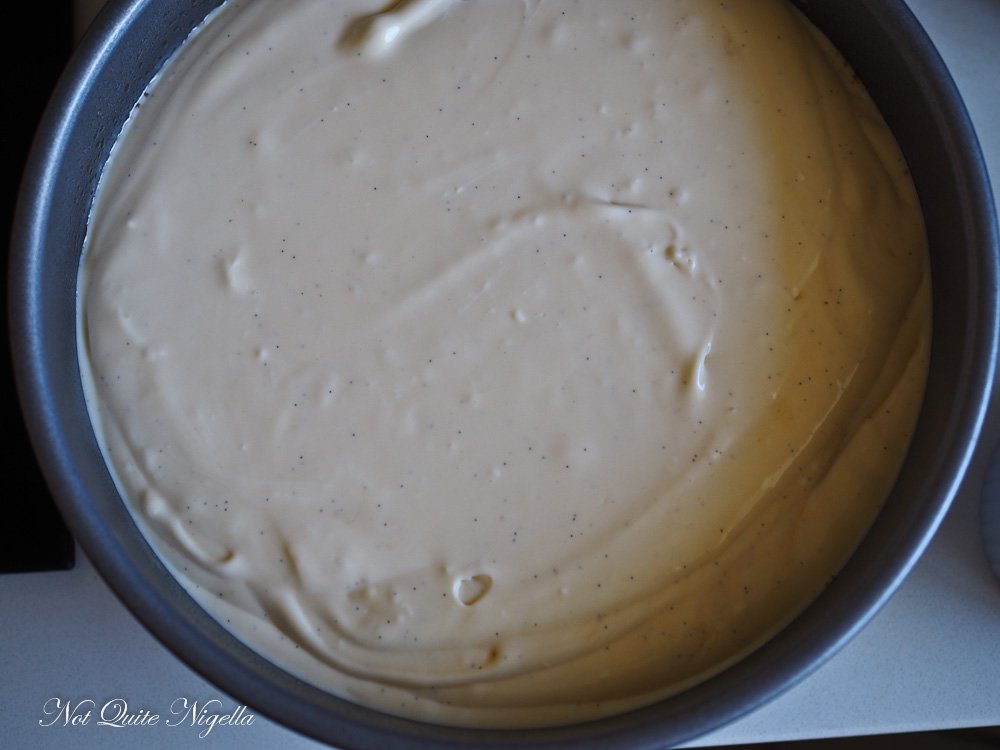 Step 3 - Make the topping. Stir the sour cream, sugar and vanilla in a bowl. Remove the cheesecake from the oven - the top should be set and then spoon the sour cream over the top and smooth with a spatula. Bake for an additional 15 minutes. Turn off the heat and allow to cool down in the oven for 20-30 minutes. Then chill completely overnight before serving. 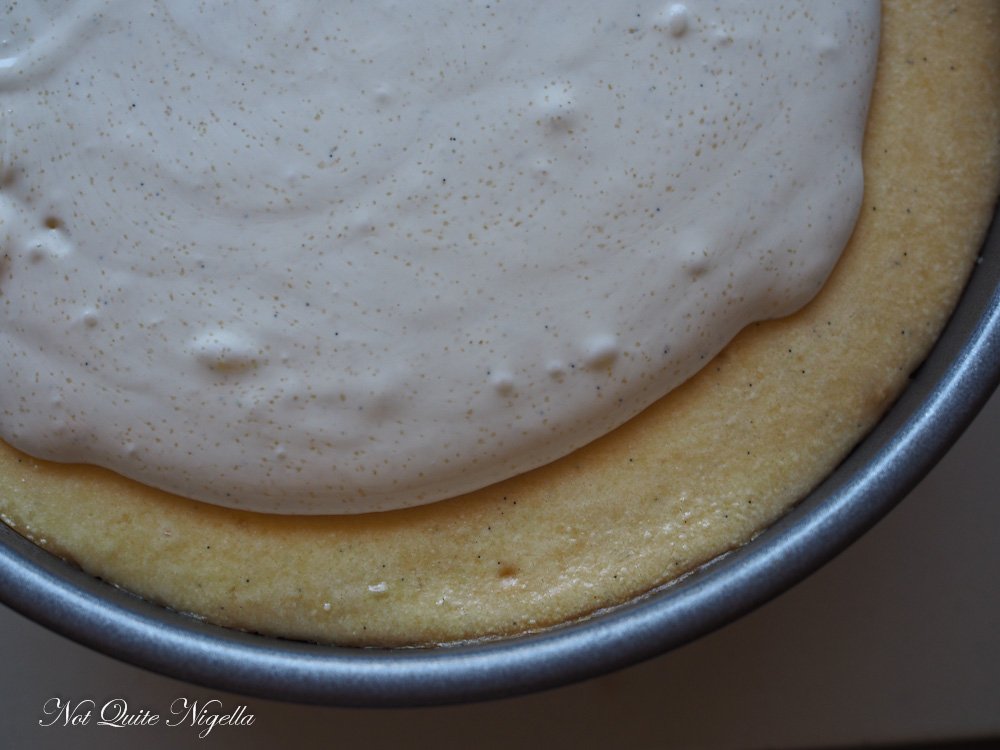 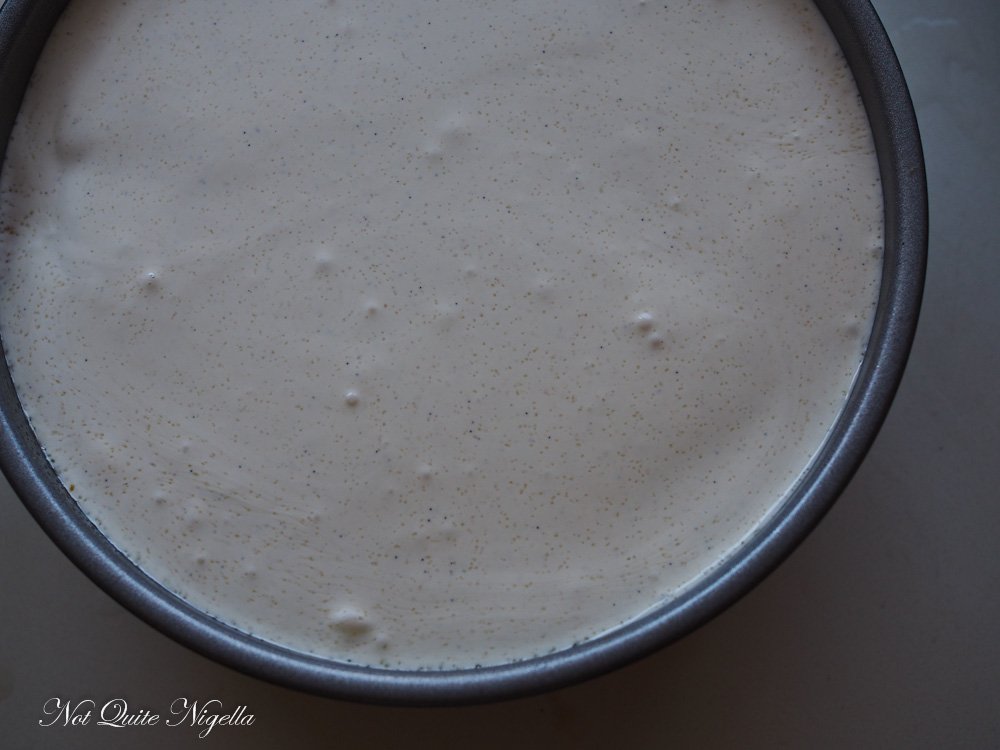