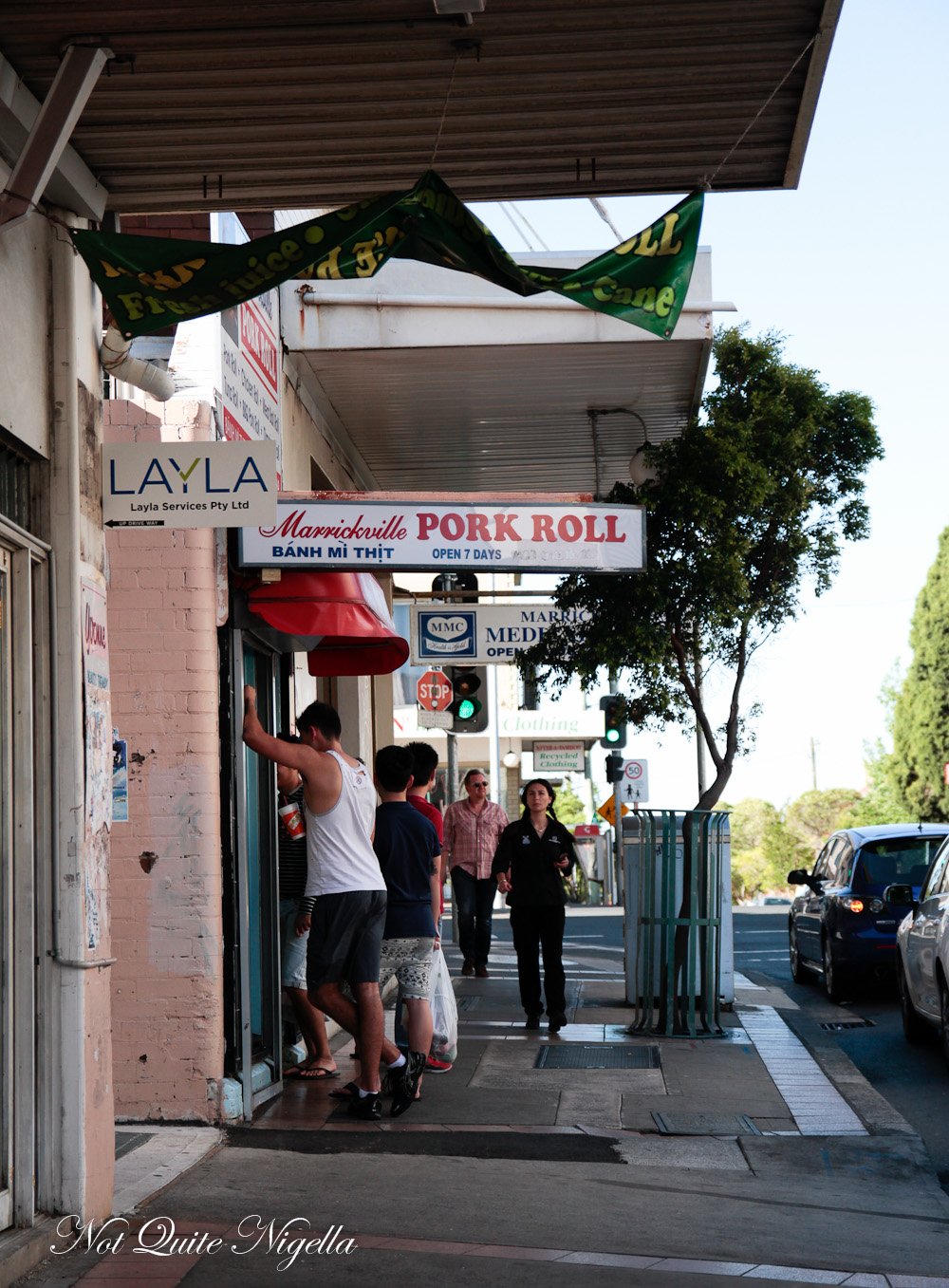 A man stands in the corner tucked away directing orders to the women behind the counter as if he were working as an air traffic controllers. Except the planes are shaped like Vietnamese rolls. It's an entirely necessary exercise in order for this tiny hole in the wall Vietnamese roll place to function. 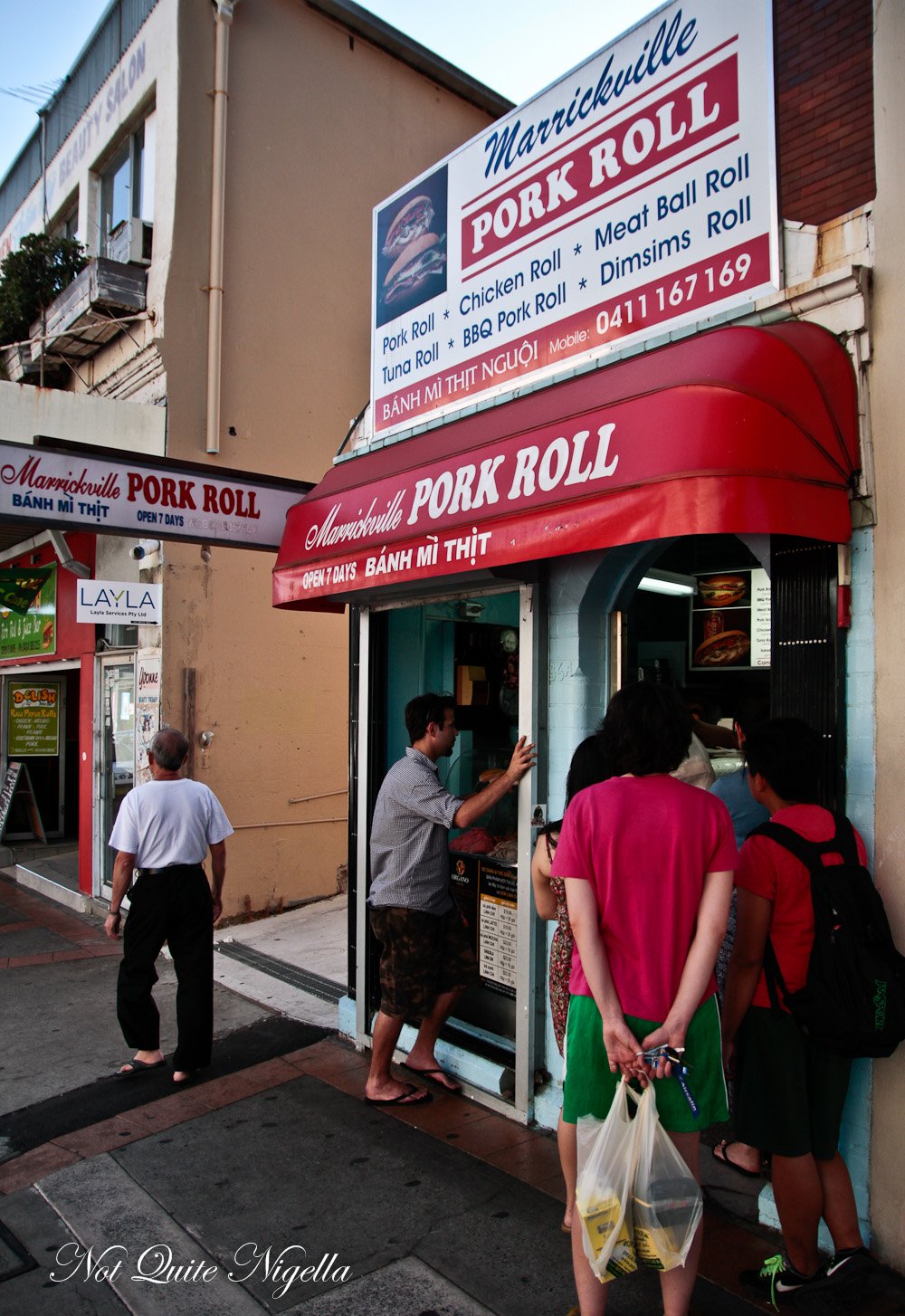 You see no matter what time it is (and it's about 4pm in the afternoon on a Sunday), lines form outside Marrickville's tiny pork roll stand. People slouch against the walls waiting their turn for a $4 sub sandwich that is a meal in one. 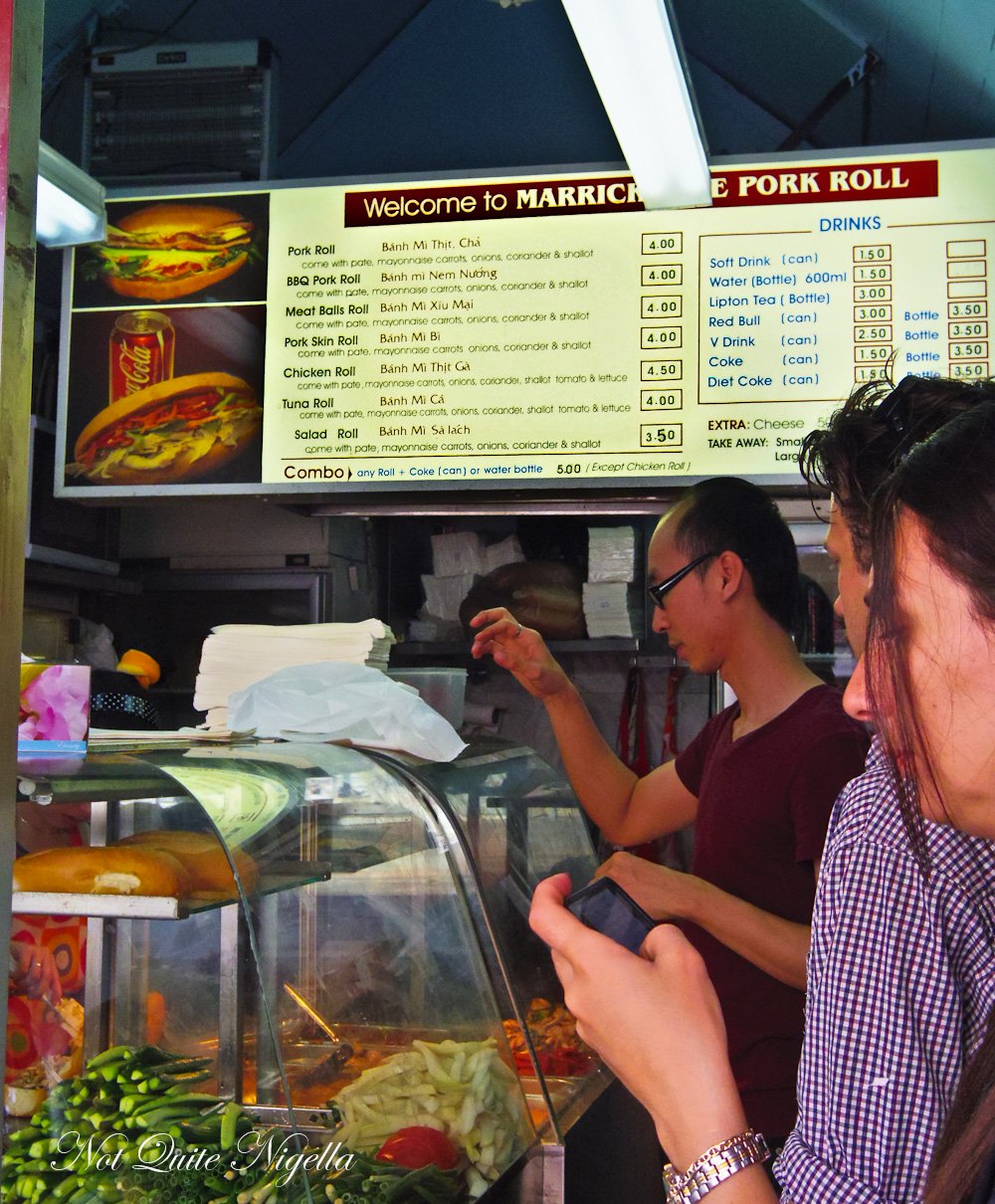 When you reach the front door your eyes are rewarded with a kaleidoscope of colours and forms. Fillings in every colour are plucked with tongs by the two women behind the counter. Prices are easy, most rolls are $4 except the chicken which is $4.50 and the salad which is $3.50. There are also dim sims and the aroma of them pervades the air but all orders are for the rolls. 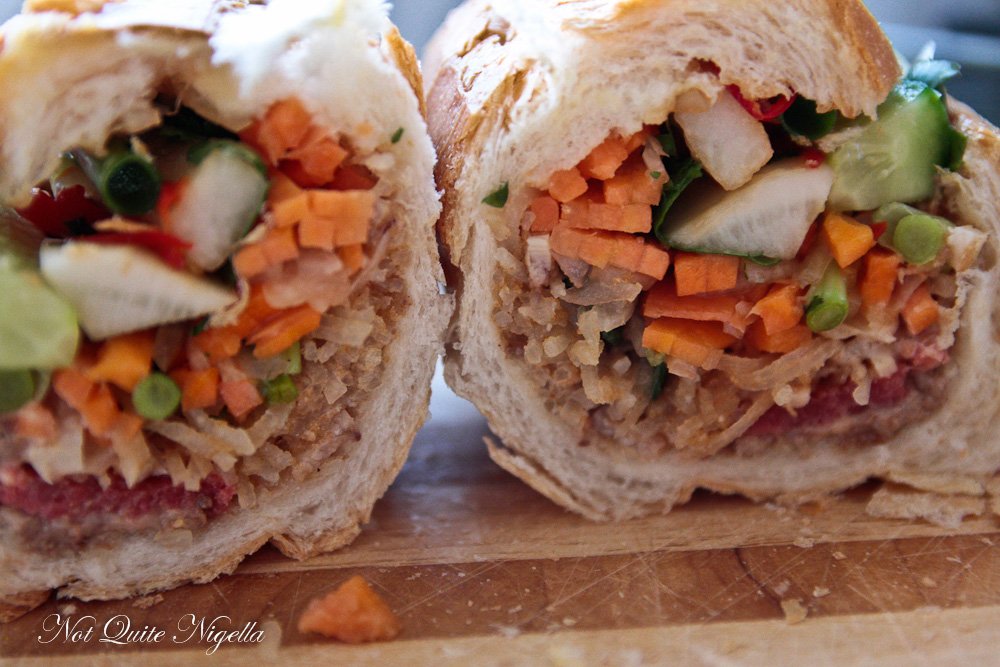 The man is cordial and friendly but he is busy with another customer so the woman behind the counter takes our order. The only question is whether we need chilli on our rolls (a resounding yes although hell hath no fury like a clump of chillies in a banh mi) and we step aside while others order. We're handed our bags and Mr NQN notes that they are heavy for their size and they look well filled. 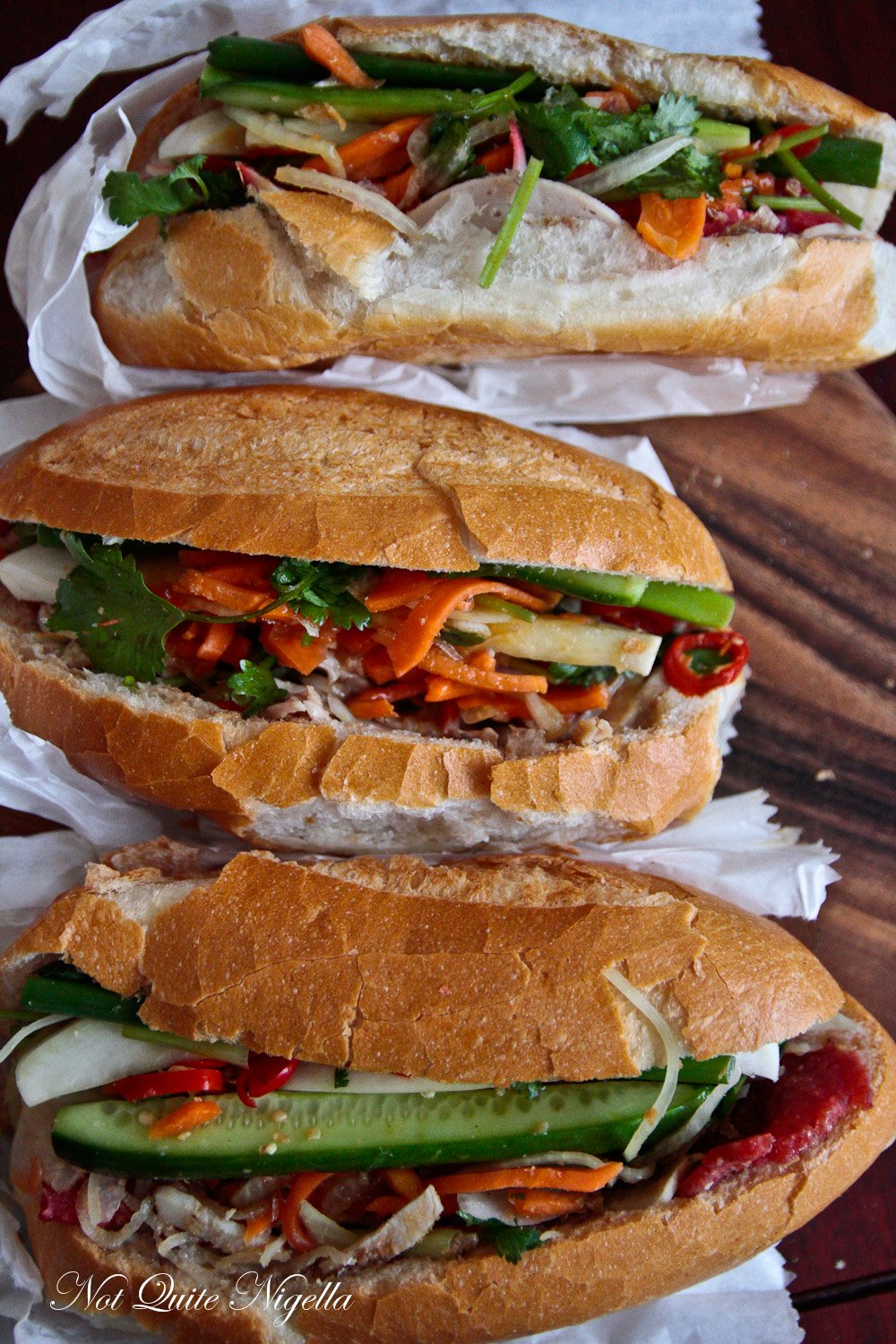 We take our rolls home, you can of course eat these while walking down the street as we see a group of seven women that have recently come from the beach do. Alas the order isn't exactly correct. There's a chicken roll instead of a meatball roll so that will mean another visit. 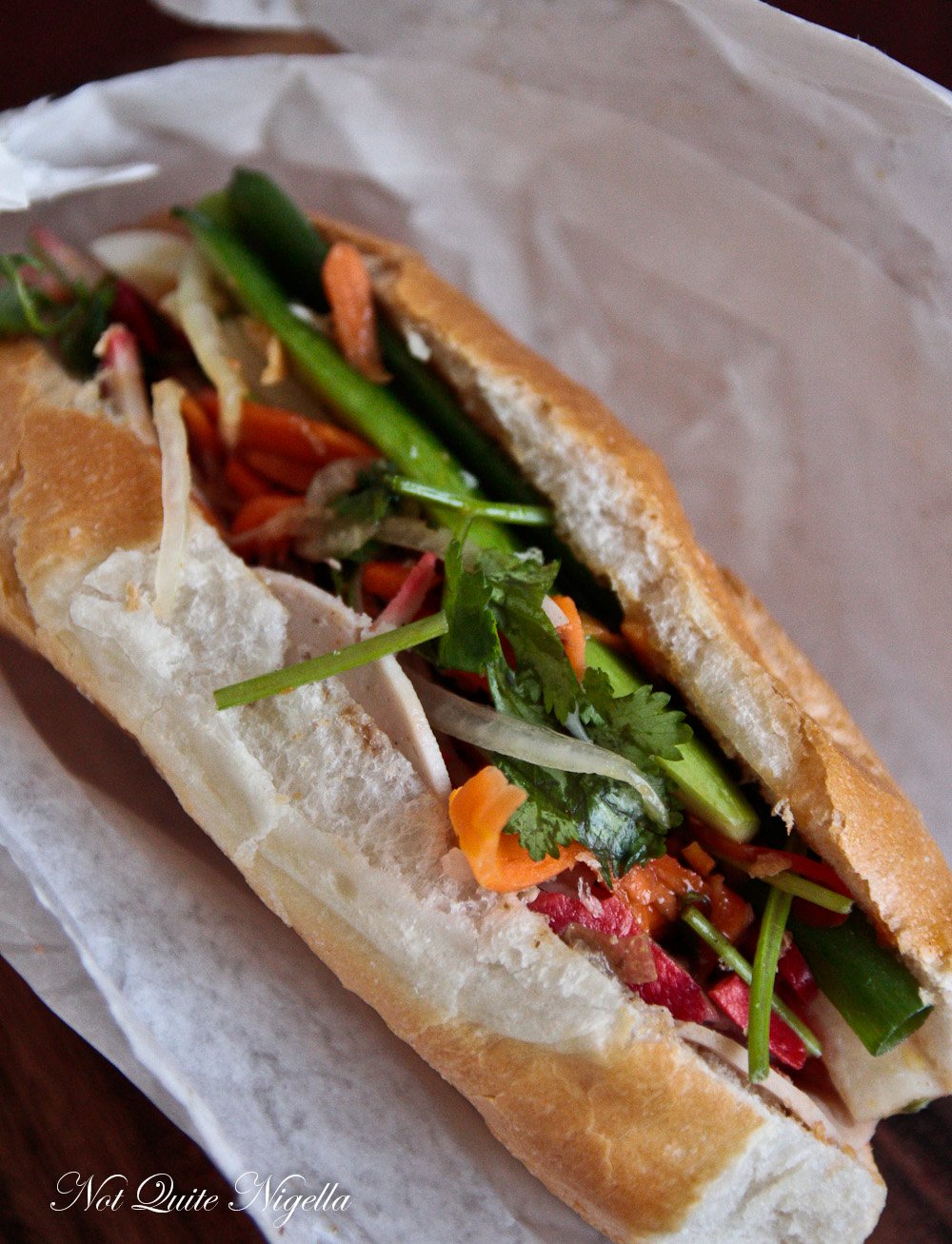 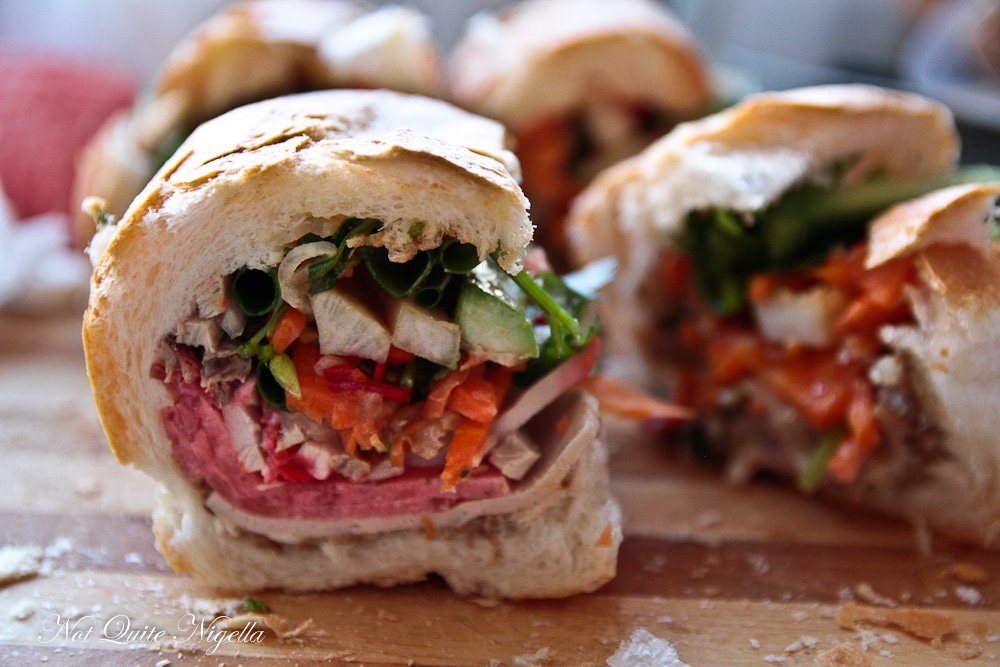 The pork roll is generously filled as they all are but this has a lot of hte pate and the sliced meats. It's also spicy hot, just the way I like it. I usually ask for more of the sauces on my rolls but I wanted to try these as they were. The rolls are less crispy than the ones at Hong Ha in Mascot and I think I prefer the filling to the roll. 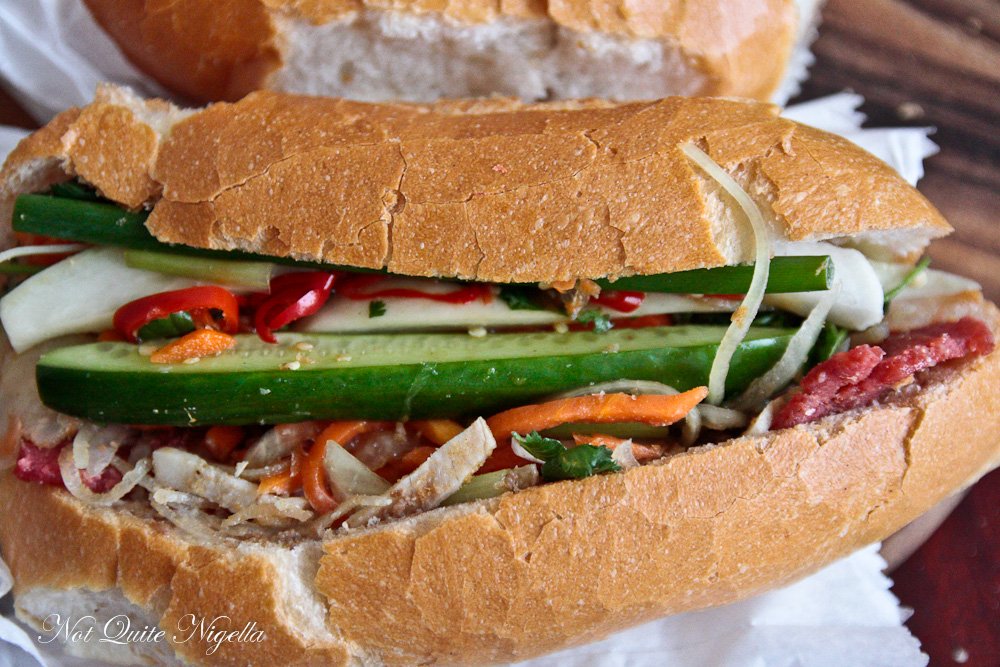 I was dithering about whether to try the pork skin roll or not.It looked interesting, in thin strips that resemble jellied thin noodles but I wasn't sure if I wanted the whole roll made up of it. The women said that I could get a half half roll which solved the problem entirely. This is my favourite of the three rolls with the two types of meat giving the most robust flavour and texture combination. 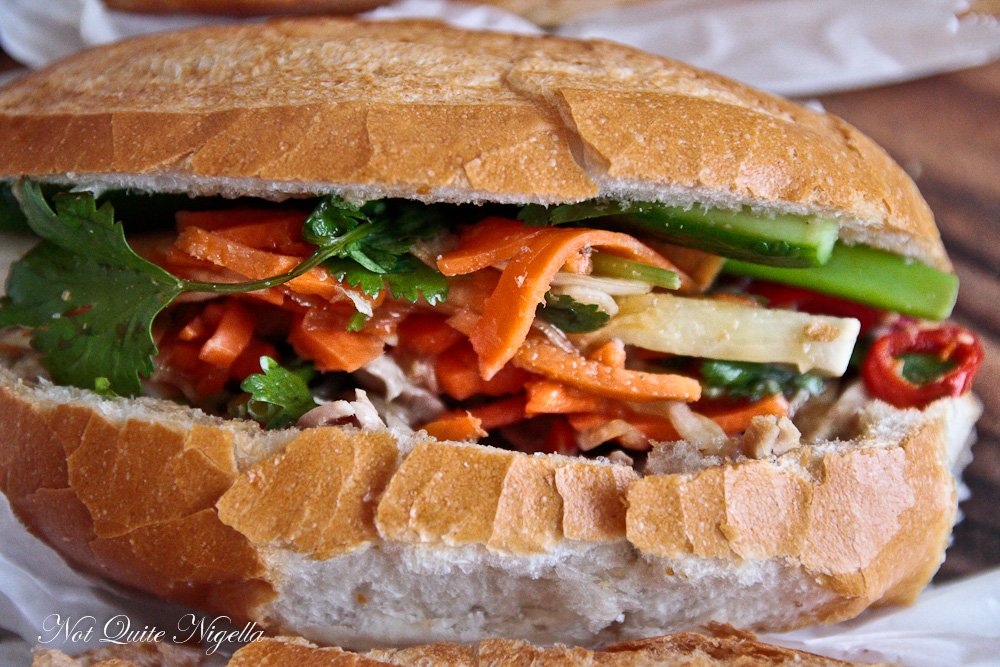 I'll admit I don't usually order the chicken and prefer the meatball in its place because meatball rolls tend to be bolder in flavour and saucier. The chicken is generously portioned, noticeably so, and it is very moist and succulent in texture. If I were ordering this again I'd ask for more sauce to upp the flavour in it. 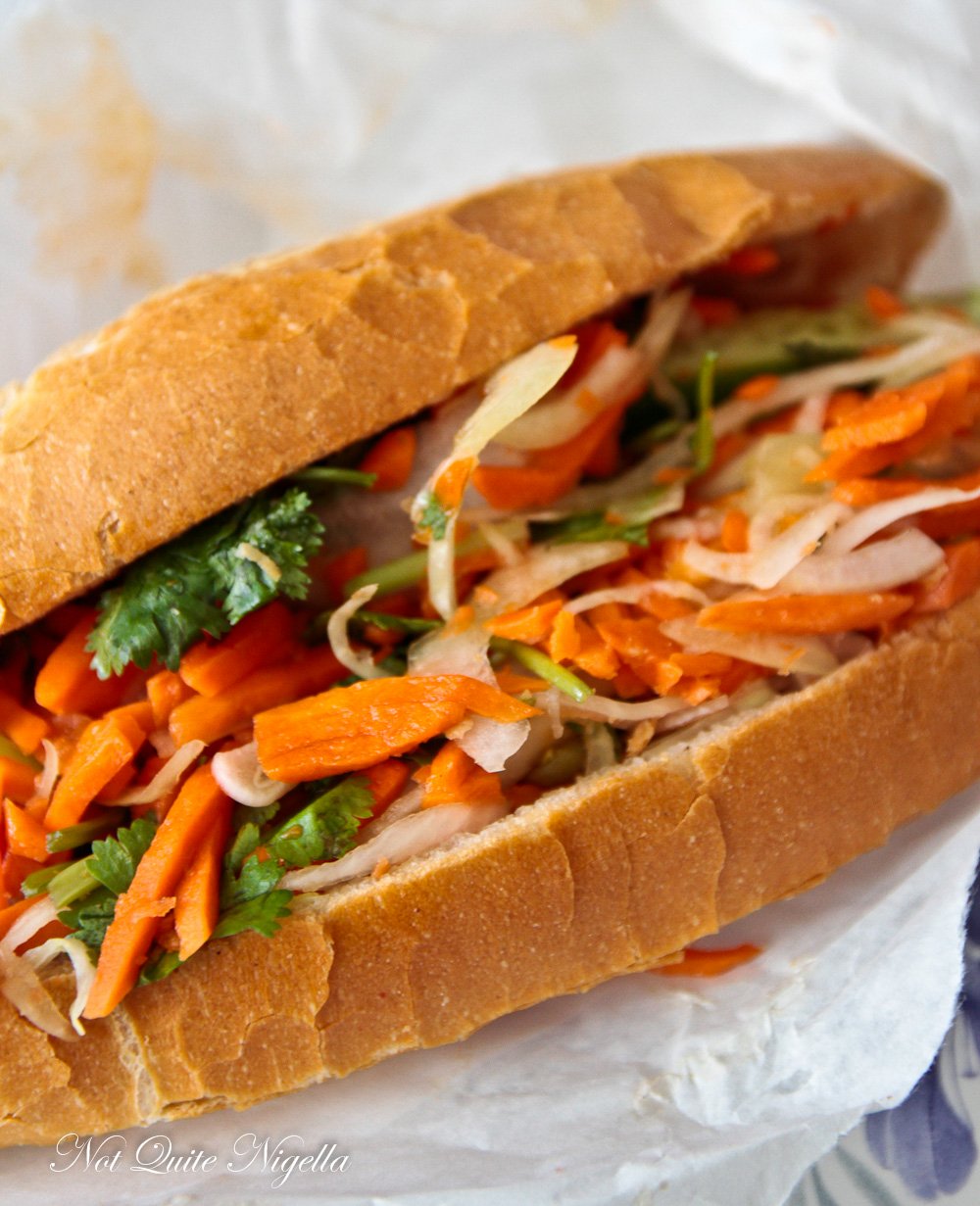 A few days later I returned for the meatball roll, determined to try it for my own. And I should confess now that I returned for the roll several times afterwards during that week because I loved it so much. The meatball roll is different from the other rolls. It's sloppier to eat as it has more juice or sauce which means that you really need to eat it straight away or it will get soggy. But the crisp salad and radish baton really complement the soft, flavour filled meatballs and I don't think I take small bites to make the roll last as long as I can.

So tell me Dear Reader, do you queue for food? And do you prefer more filling to bread or the other way around?