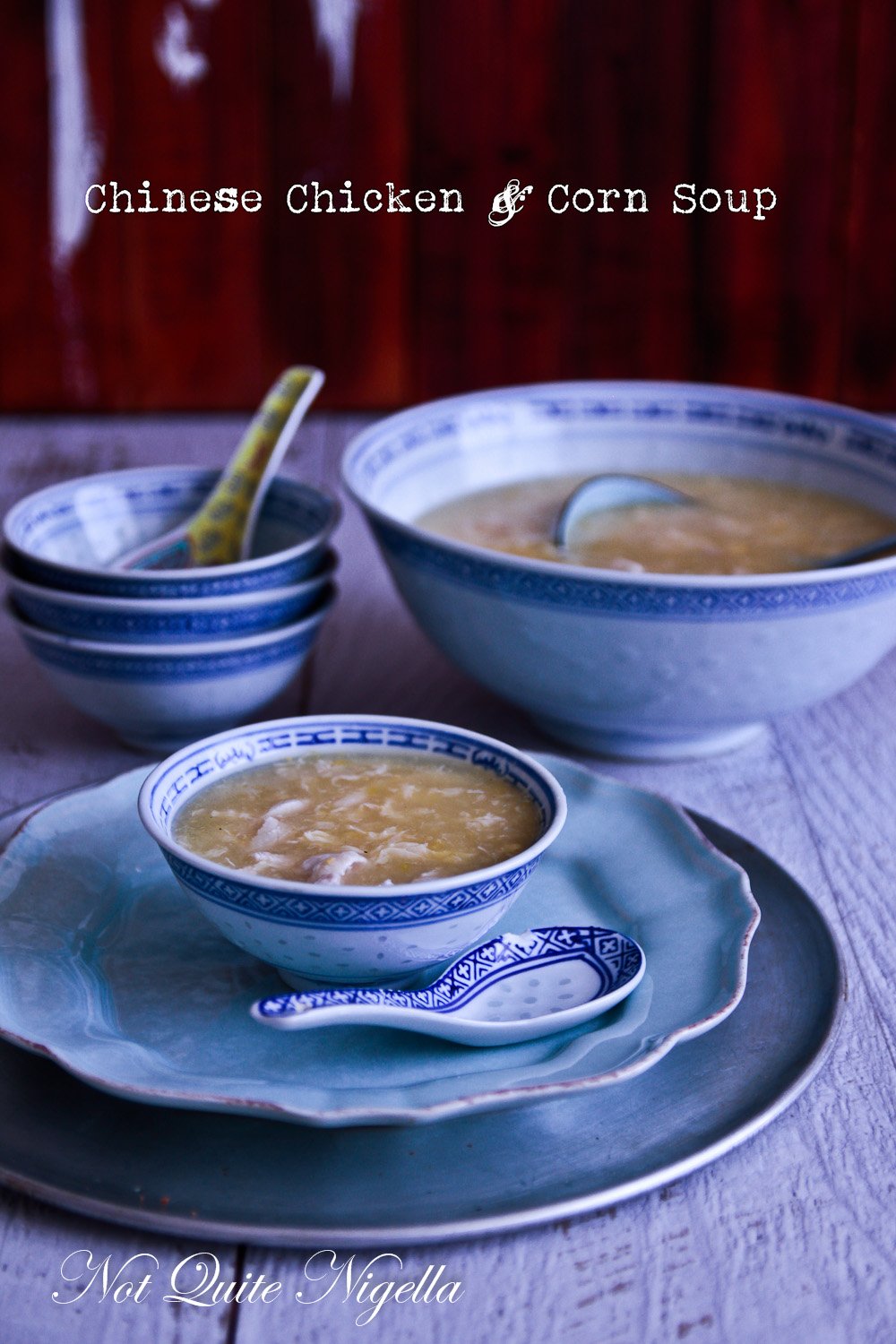 Dear Reader, I received a very interesting email the other day. It was the results of my DNA test telling me of my genetic and racial composition.

I've always loved shows like ""Who Do You Think You Are?" and I have often wondered about my family history. A few years ago, Mr NQN had undergone the same DNA analysis because there were just too many contradictory pieces of information on his father's side based on family secrets and folklore. His results showed a wide range of countries probably on his father's side while the other half was uniformly Finnish on his mother's side. There was no German blood as detailed by his grandmother - alas the German throne as she purported would go unclaimed. 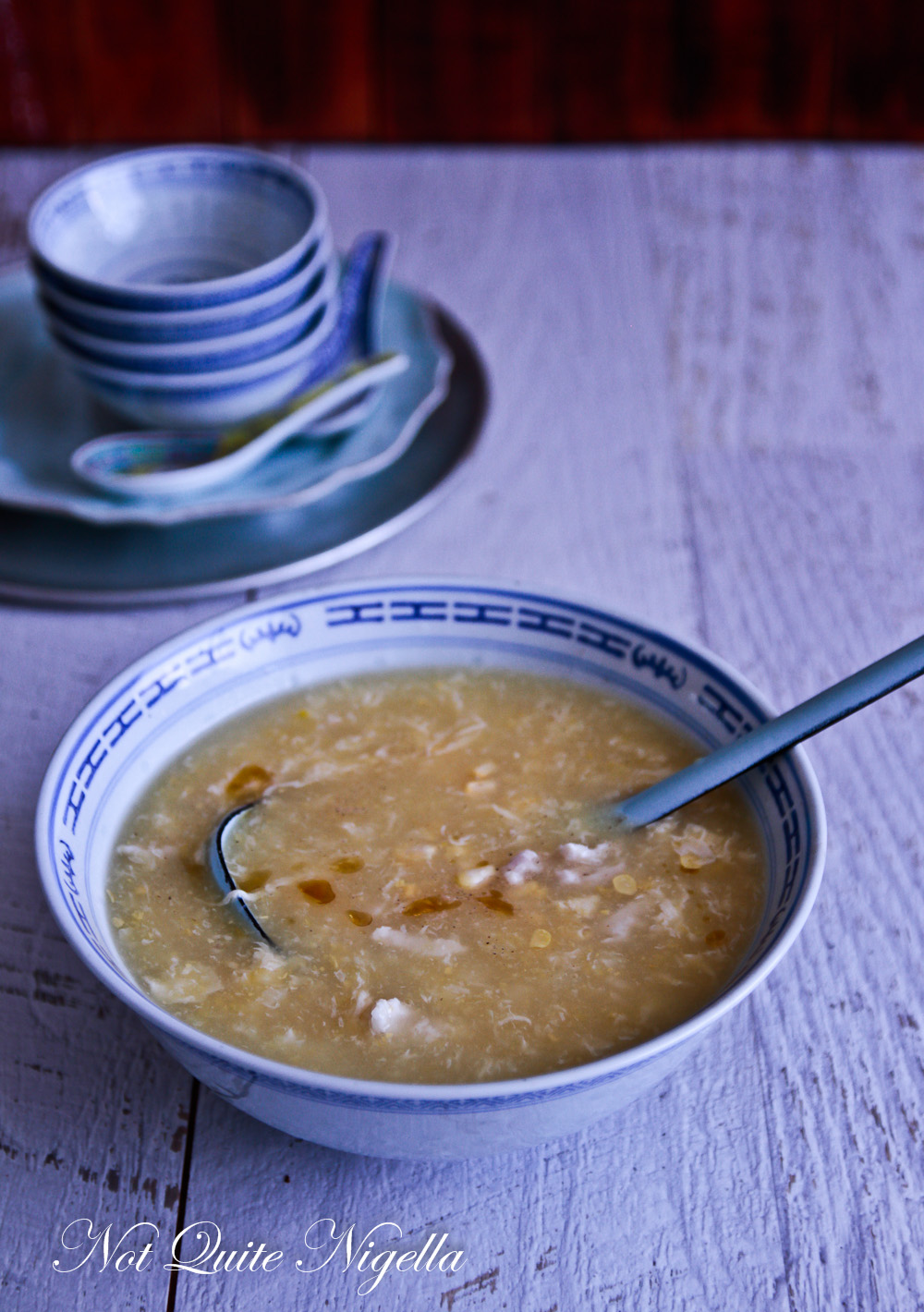 My results were a surprise. It turns out that I am mainly Han Chinese. The only other non Chinese groups of any significance were Korean and Bhutanese. I thought that there might have been something else, my family on my mother's side are often mistaken for Eurasian but the DNA results say otherwise. My parents were surprised too. They were certain that there would be something else among the results that came back. I think that everyone was a bit disappointed especially given how colourful Mr NQN's results were!

When we came over to my parent's house to show them the results, we also made this soup and with the weather cooling down (although you wouldn't know it from this week's warm weather), I thought it was the perfect time to share one of my mother's best soup recipes. It is for a classic Chinese chicken and sweetcorn soup. What is great about it is that once you have everything, it takes about 15 minutes to cook from beginning to end. 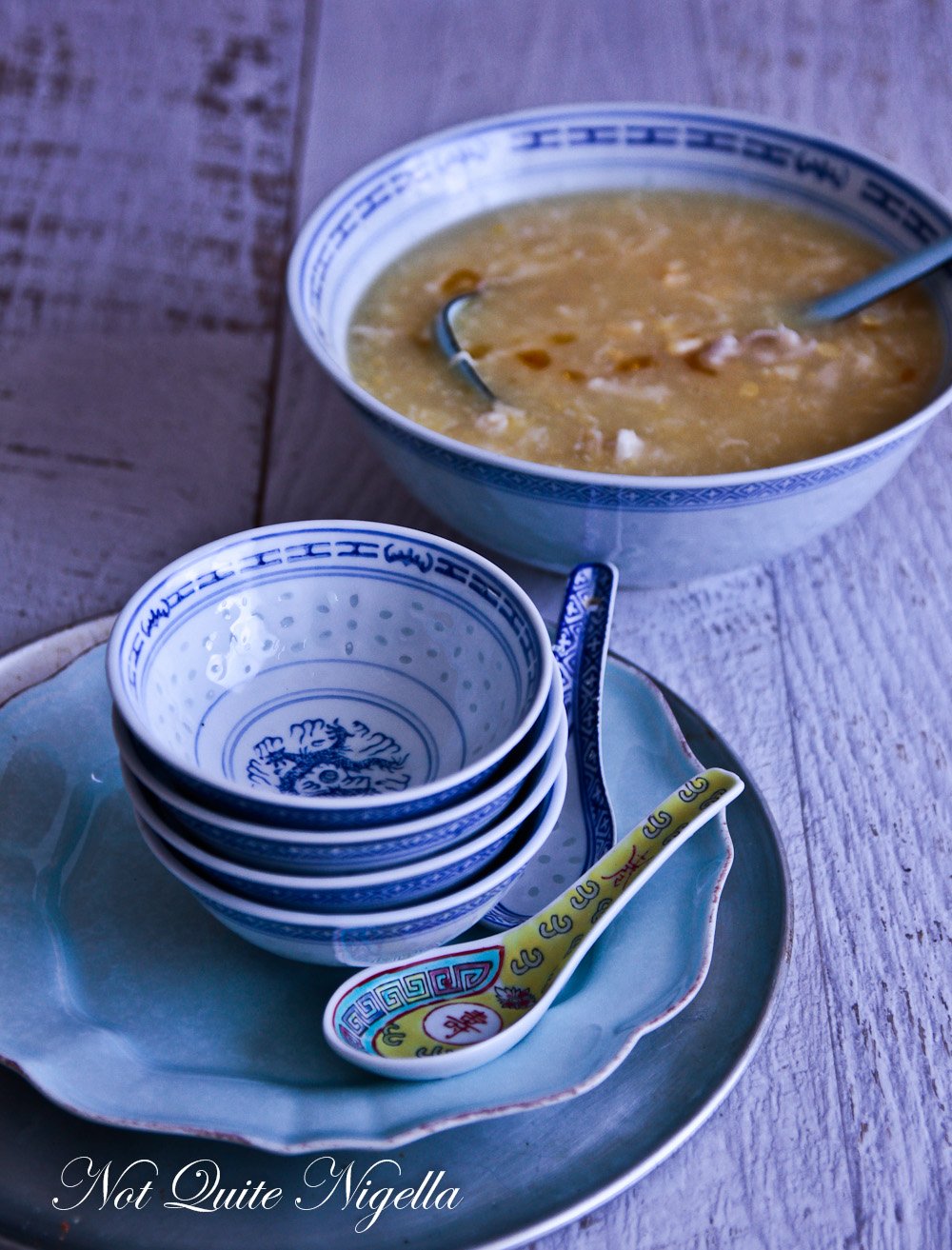 I've really become obsessed with making my own stock ever since I discovered that the local chicken shop sells three chicken carcasses for $1. In fact I've been making large amounts of stock every 3-4 weeks using my pressure cooker. There's also a little cook's bonus in that the chicken that remains on the bones makes a fabulous chicken sandwich too (I am also a little obsessed with chicken sandwiches).

I think the key to this soup is the textures from the creamed corn and the corn kernels. My mother also adds equal quantities of sugar and salt to emphasise corn's naturally sweet flavour. I also like lots of chicken in this so that it can double as a single dish for dinner.

So tell me Dear Reader, do you know your genetic make up and family history and is it interesting? Do you have someone that has made up your family tree? And how often do you make your own stock or do you prefer to buy it? 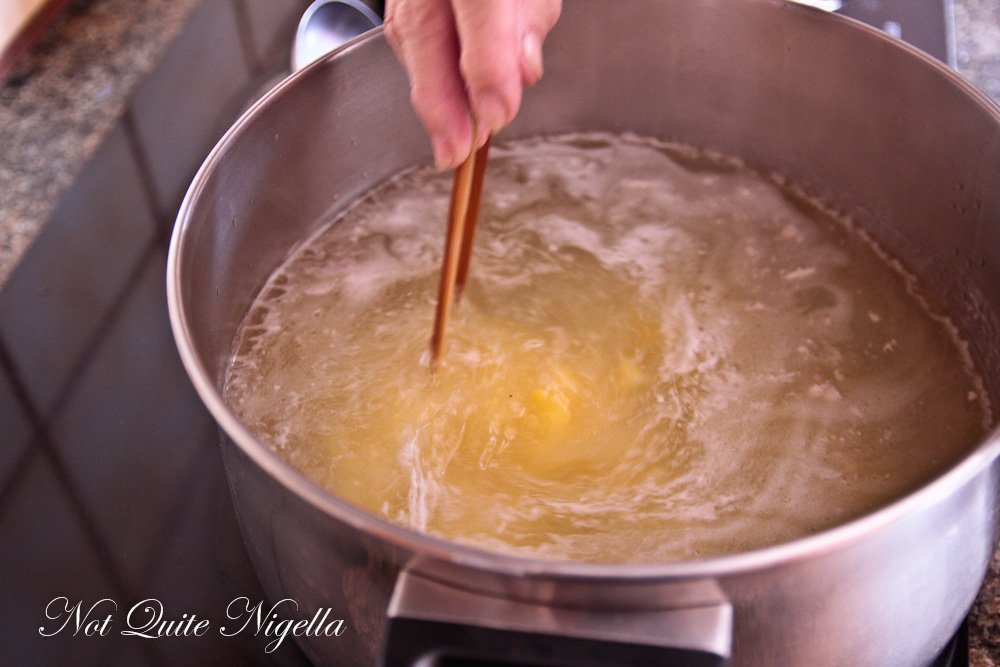 Step 1 - Heat the chicken stock and bring to a boil and then turn down to a simmer. While the stock is heating up, mix the chicken with the 1 teaspoon of cornstarch, salt and sugar and set aside. 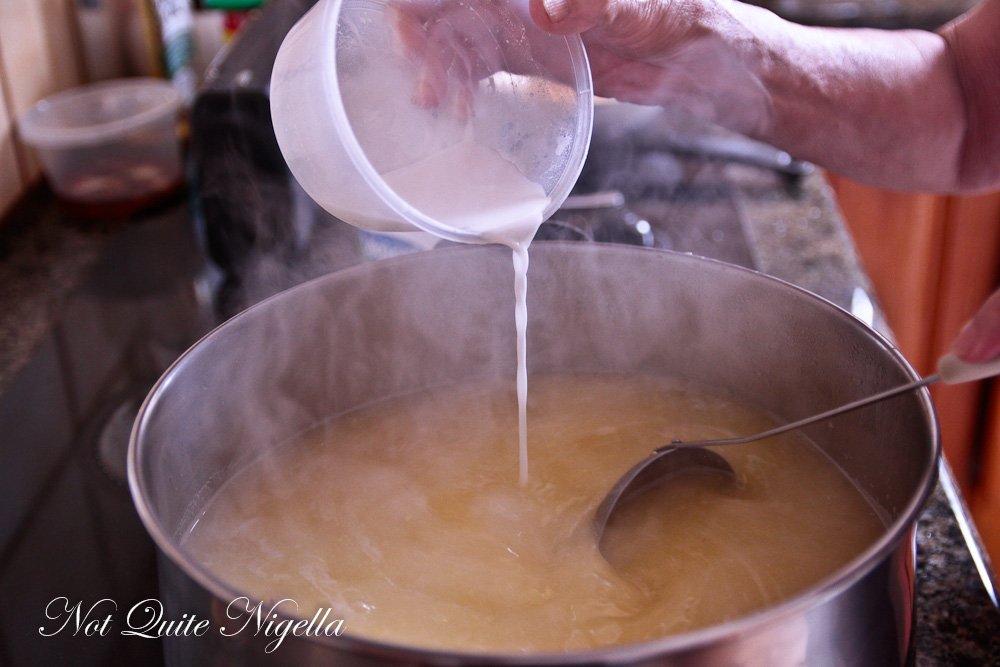 Step 2 - When the stock is simmering, mix in the cornstarch and water mixture - be sure to mix it up just before adding it in as the cornstarch settles at the bottom. Stir and then add the creamed corn, corn and then the chicken mixture in small lots (you don't want to add it as a giant clump). Stir for a minute or two - it doesn't take long for the chicken to cook. 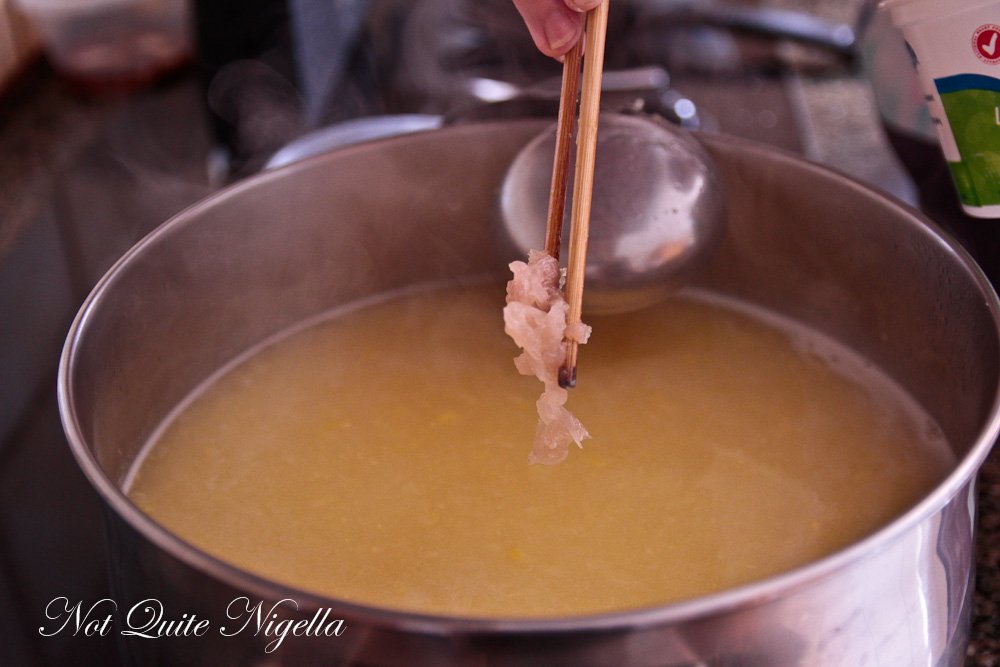 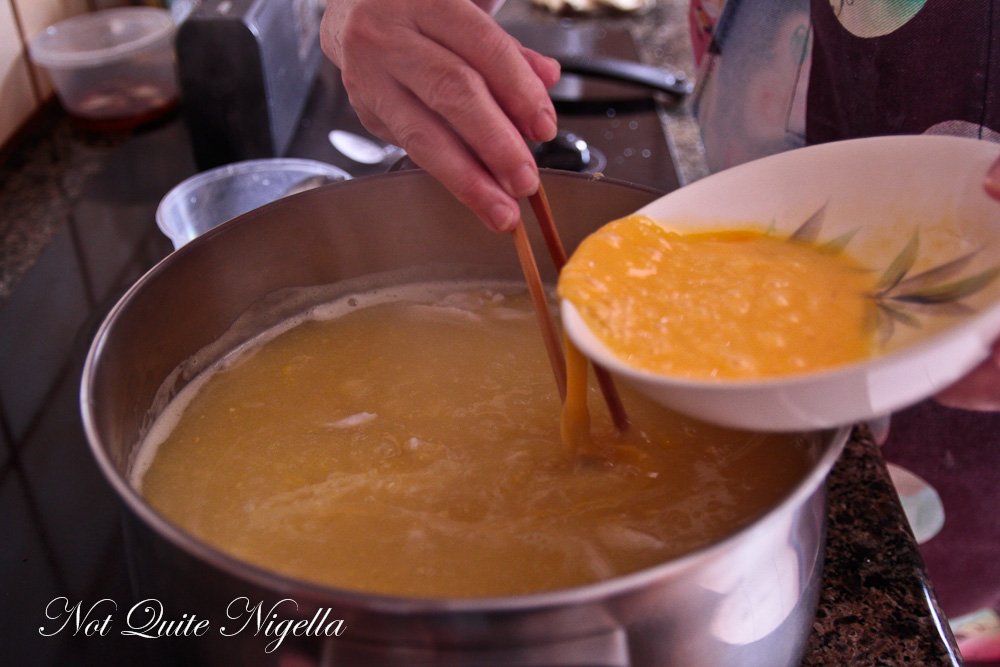 Step 3 - Add the beaten egg in a thin trickle while stirring. Season with equal proportions of salt and sugar. Drizzle with sesame oil and white pepper just before serving. 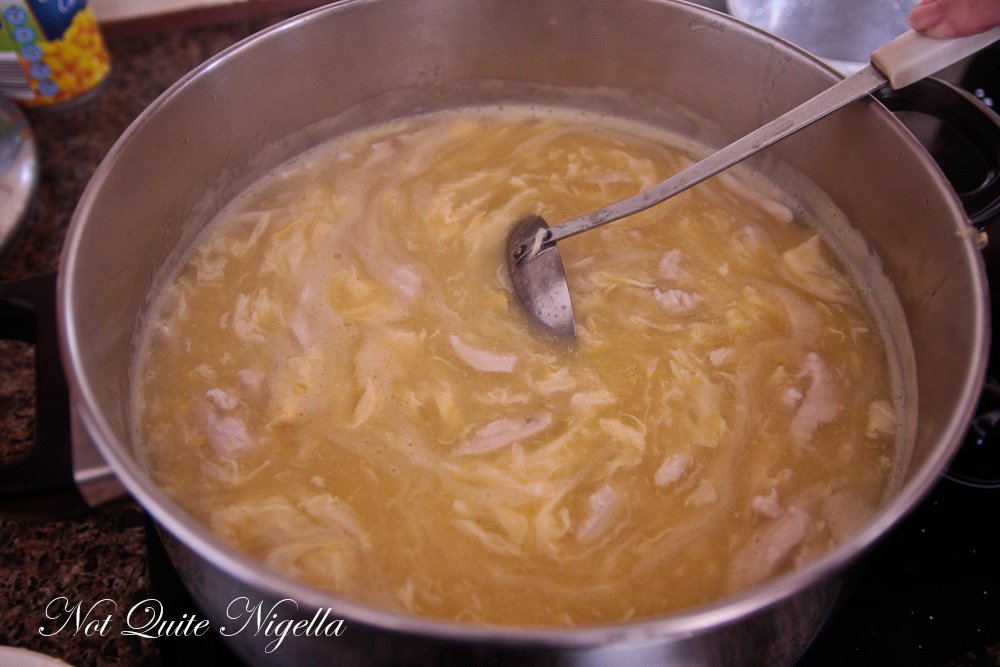