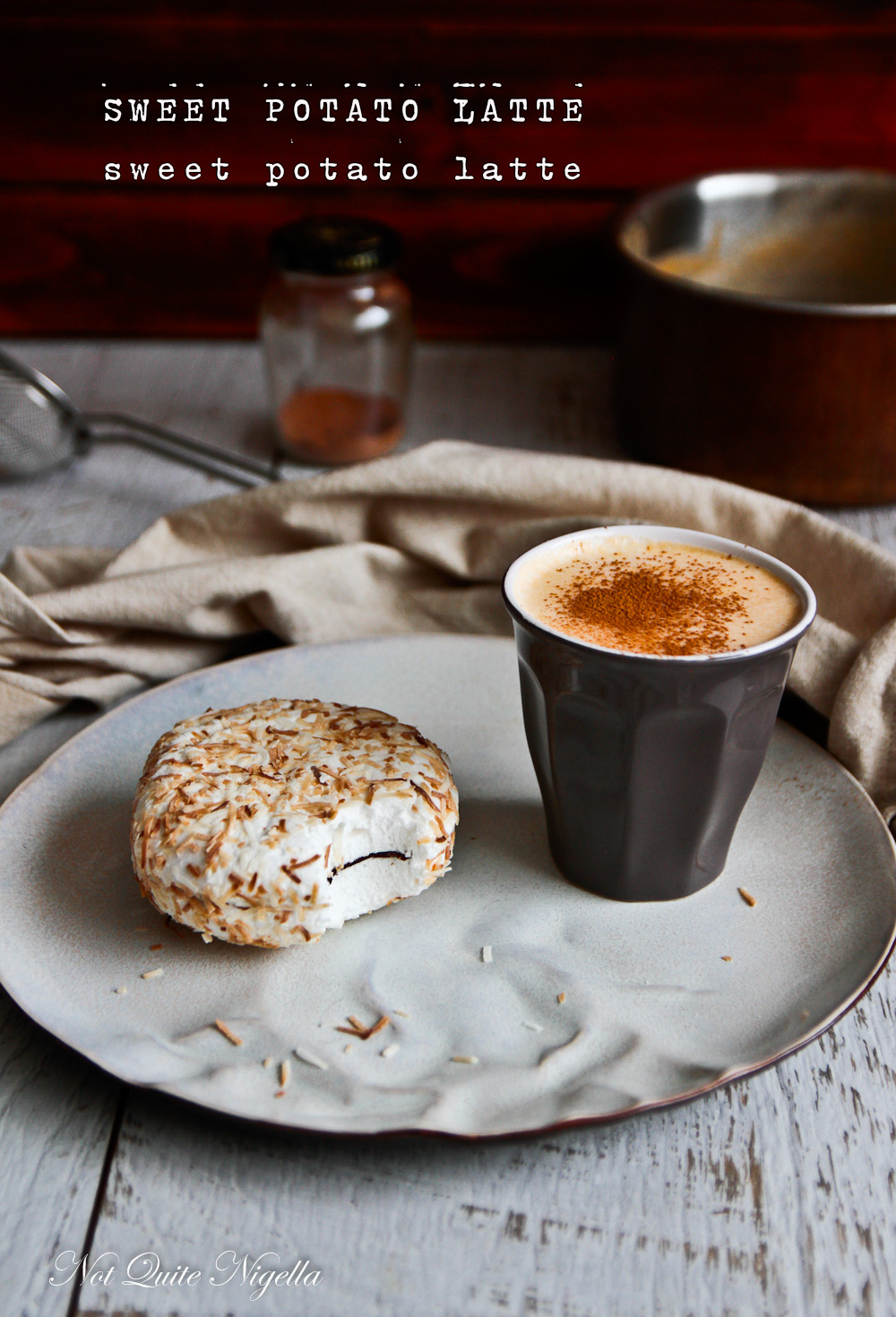 A sweet potato latte? It may sound strange but once you take a sip of this delicious and warming drink which is a mixture of milk, sweet potato and maple syrup you may change your mind. This drink is popular in Korea where it is called Goguma latte. Even better is that it is easy to make and you can even make a version using coconut milk!

I was once in the back seat of a taxi on the way to the airport when the taxi driver turned around to me and reminded me to check if I had my passport. I riffled through my bag quickly. We had only driven down the street a little bit and I realised that I didn't actually have my passport in my bag so he turned around and I went back to pick it up.

I thanked him for his timely reminder to which he turned back to me and said, "I always ask, especially for Asian people." He was Asian himself and I thought well that it was damn lucky that I was Asian and that if a Caucasian taxi driver had said the same thing then well that would be very uncool. I should have pointed out that people from all backgrounds could use a reminder about their passport but I didn't want to start an argument and besides which I was really quite grateful that he asked me. I'm really a third culture kid. Honestly sometimes I think I'm Caucasian and when I look in the mirror I realise I'm not. And then sometimes I feel so Asian that it's crazy. And confusing.

With food however I do feel like I have some very Asian tastes. Take for example this drink. I first tried it at Tom N Tom's on Bathurst Street and one sip into it, I was already smitten. And recently I was telling a friend about how good it was on a cold night and he suggested that I make it for my blog. 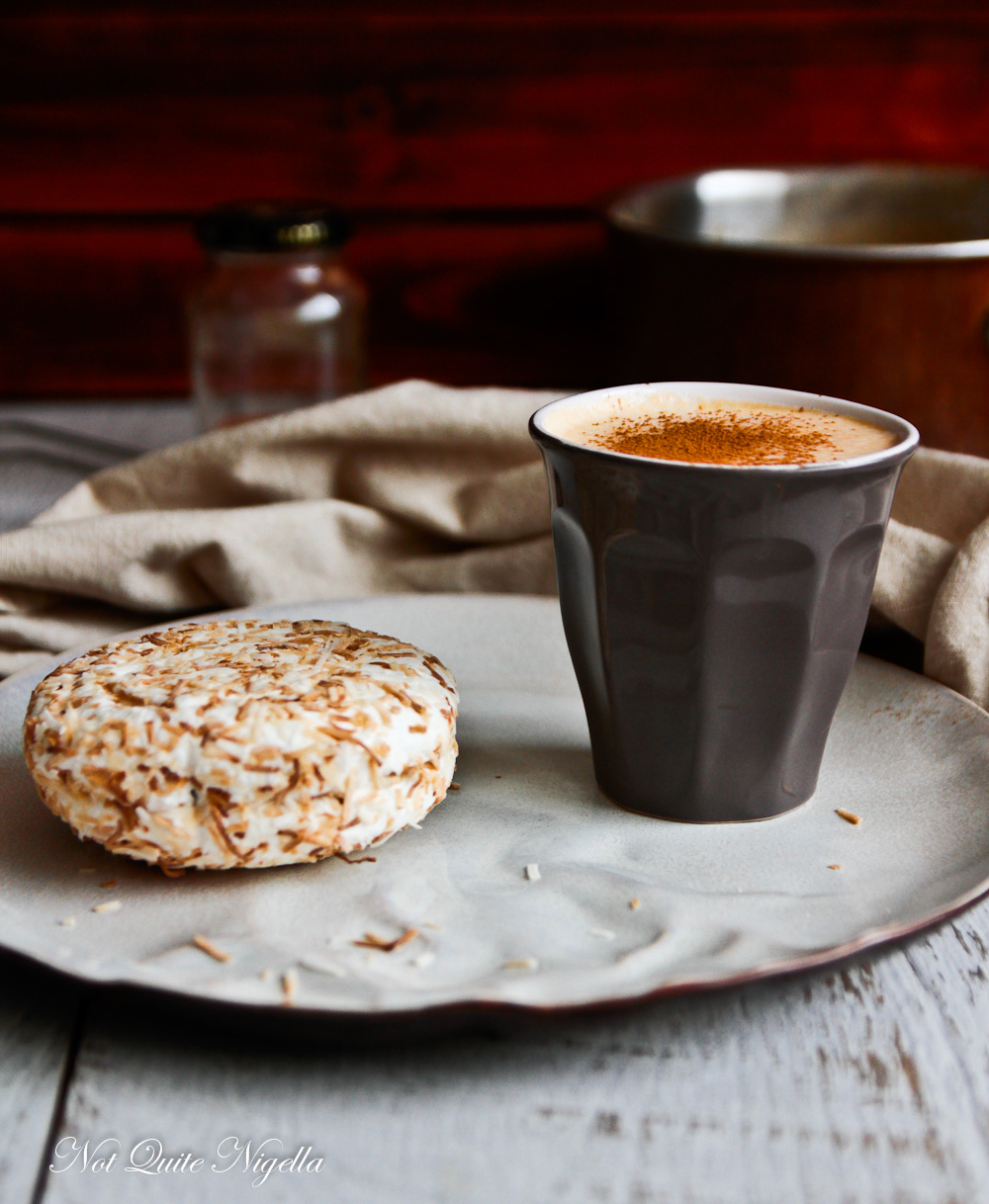 Goguma Latte or sweet potato latte is a drink that is popular in Korea. Made without coffee, it's a blend of sweet potato and hot milk with a little sweetener. The sweet potato adds a nice sweetness to the drink as well as more vitamins and nutritional value. Korean sweet potatoes have a golden yellow flesh so if you can get a hold of these use them but it also tastes delicious with orange fleshed sweet potato.

It is incredibly simple to make and it is just a combination of four ingredients: baked sweet potato, milk (coconut or cow's) and maple syrup. You can add cinnamon if you like but it doesn't necessarily need it. Once you blend all of these things together it becomes a wonderful drink to keep you warm in Winter. If you want something warming, a little unusual that is guaranteed to warm you up to your fingers and toes, this is it Dear Reader!

So tell me Dear Reader, are you a third culture kid? Which country did you grow up in? Would you change it if you could(well not that you could but you get what I mean hopefully)? And do you like the idea of this drink or does it not appeal to you? 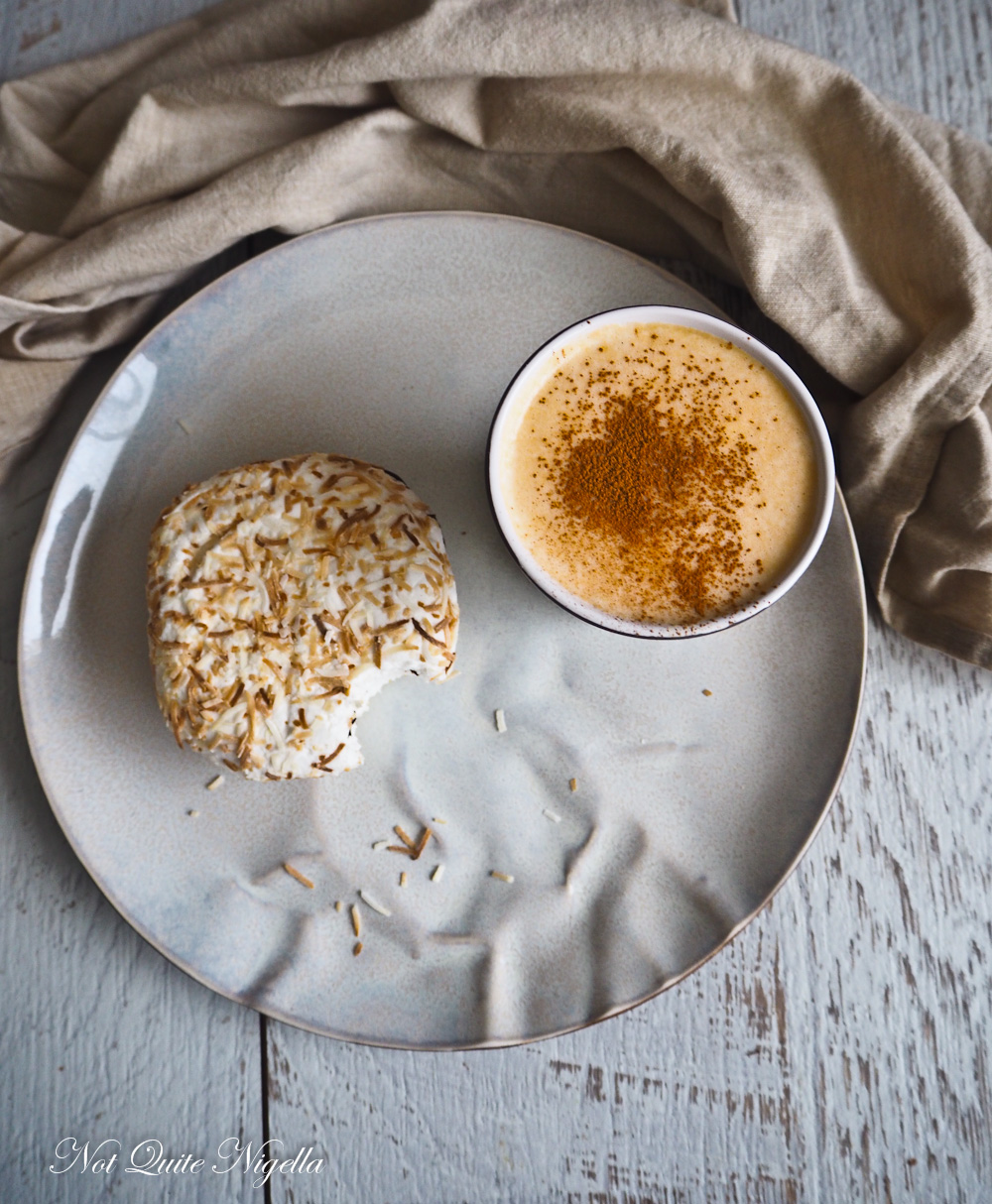 *To roast sweet potato wash the sweet potato and place the whole thing skin on in a 180C/350F oven for 45 minutes. I usually bake 4-5 at a time to save time as they're great in salads. 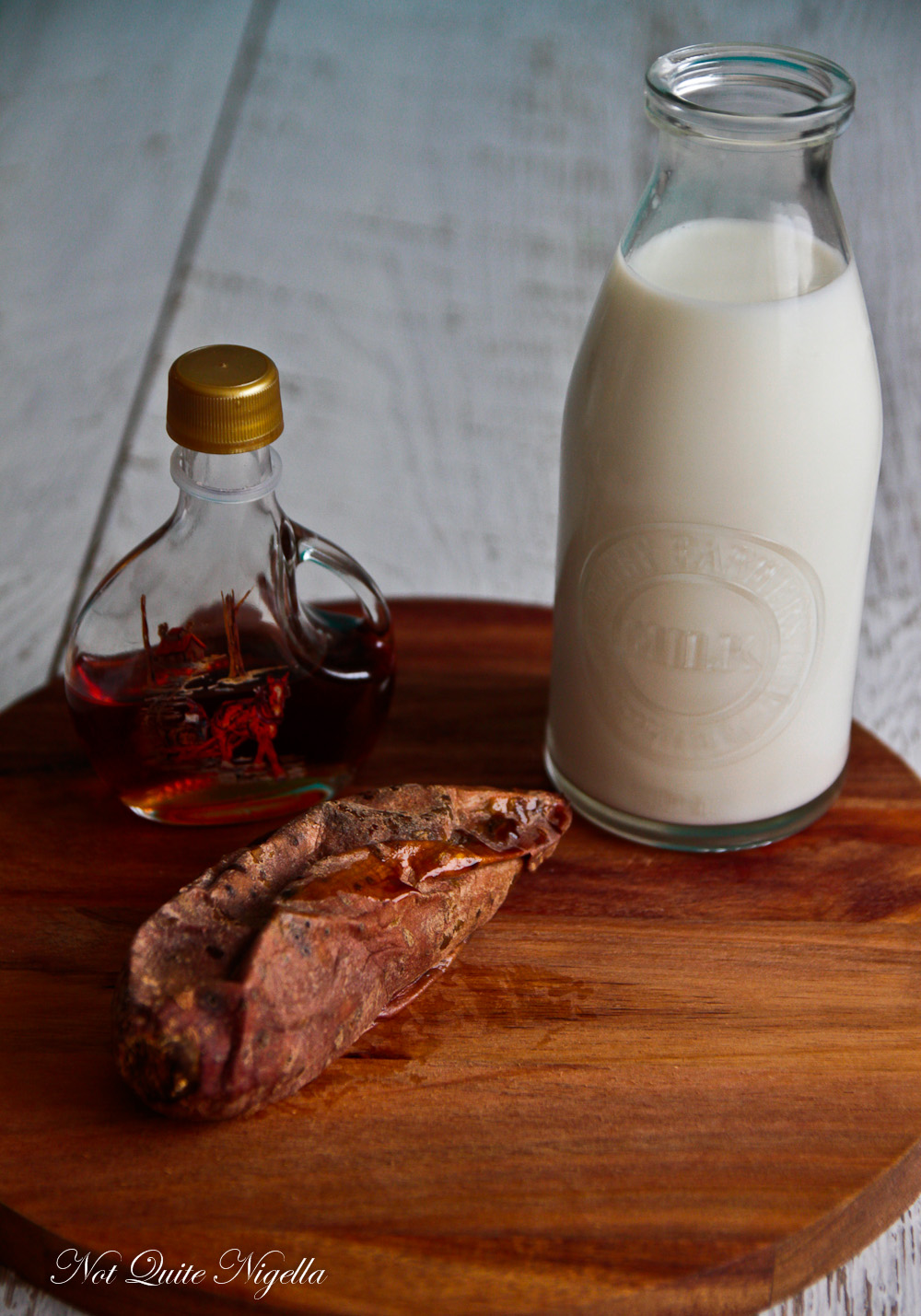 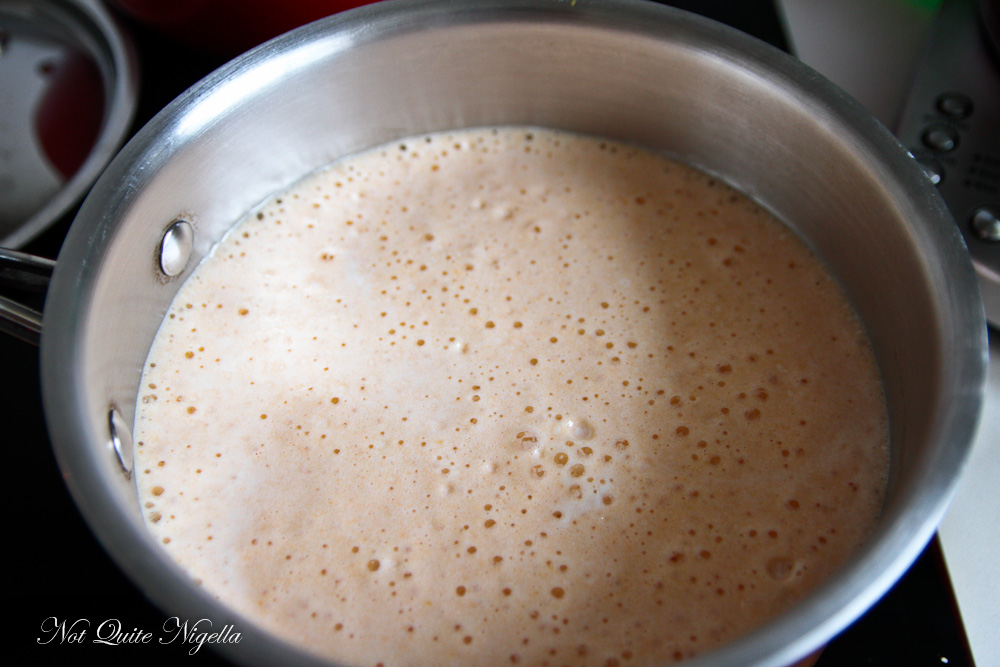 Step 2 - Place in a saucepan on medium high heat and heat until warm. Add maple syrup to taste. The thick foam flattens a little but you still get a layer of sturdy foam on top. Sprinkle with cinnamon if using.