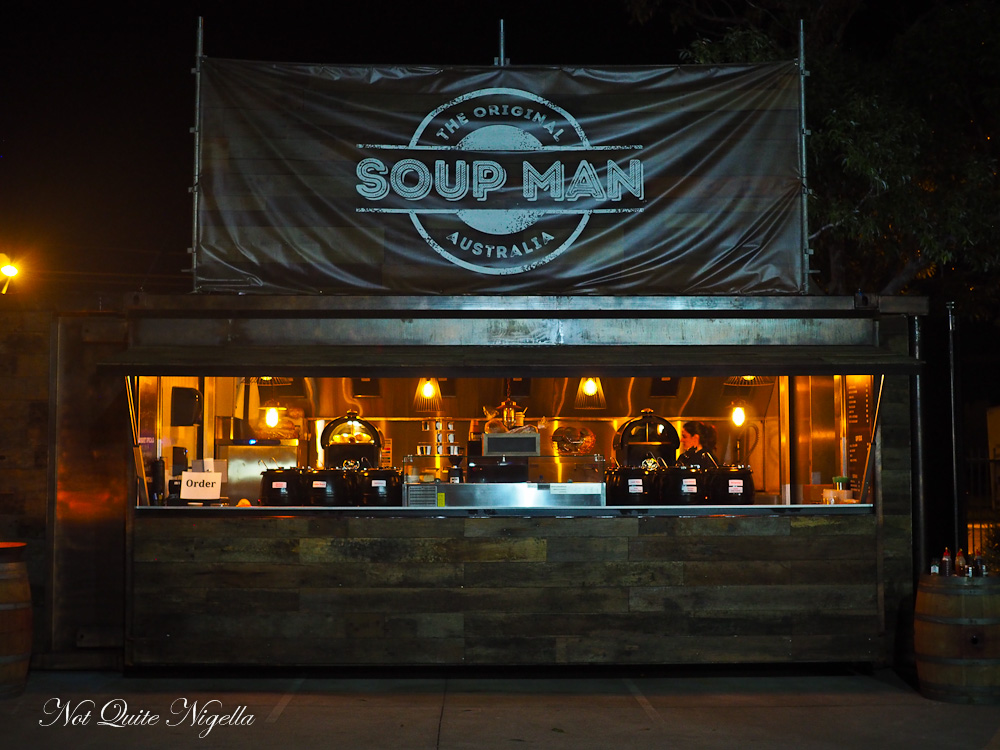 Pop culture has given us countless words and sayings. From words like "Bootylicious" "Bae" and to phrases like "On fleek" and "Nobody puts baby in the corner". And I've lost count of the times I've said "No Soup for you!" which is of course a Seinfeld reference. I have also lost count of the number of times I've watched the show, still enraptured with every joke as if I were hearing it for the first time. 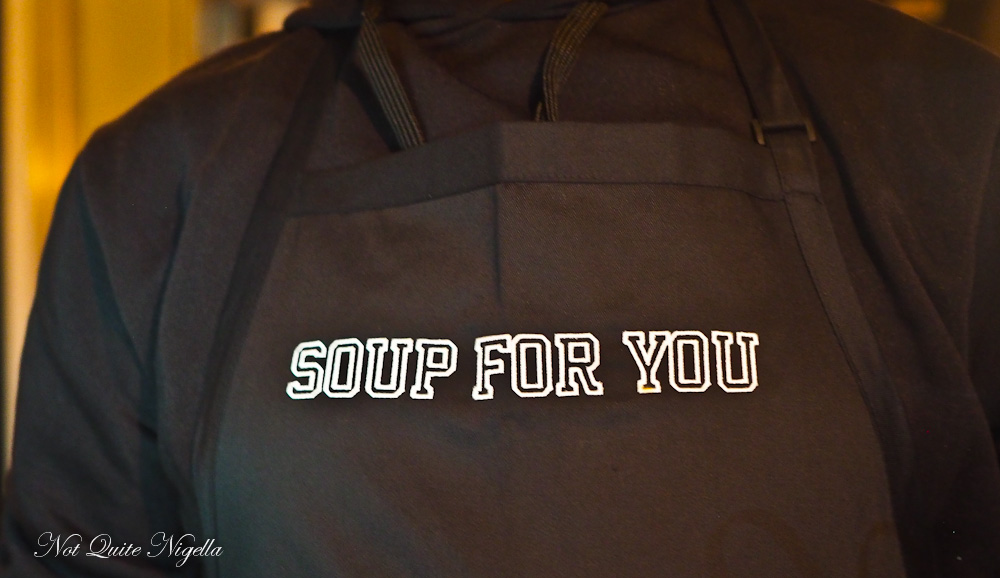 For Jason and Joanne Elias the concept of their soup truck came straight from Seinfeld. The pair who own a an engineering business visited New York one year and after a horse and carriage on Christmas Eve ride decided to go to The Original Soupman aka the Soup Nazi. Al Yegeneh was made famous by the Soup Nazi Seinfeld episode. 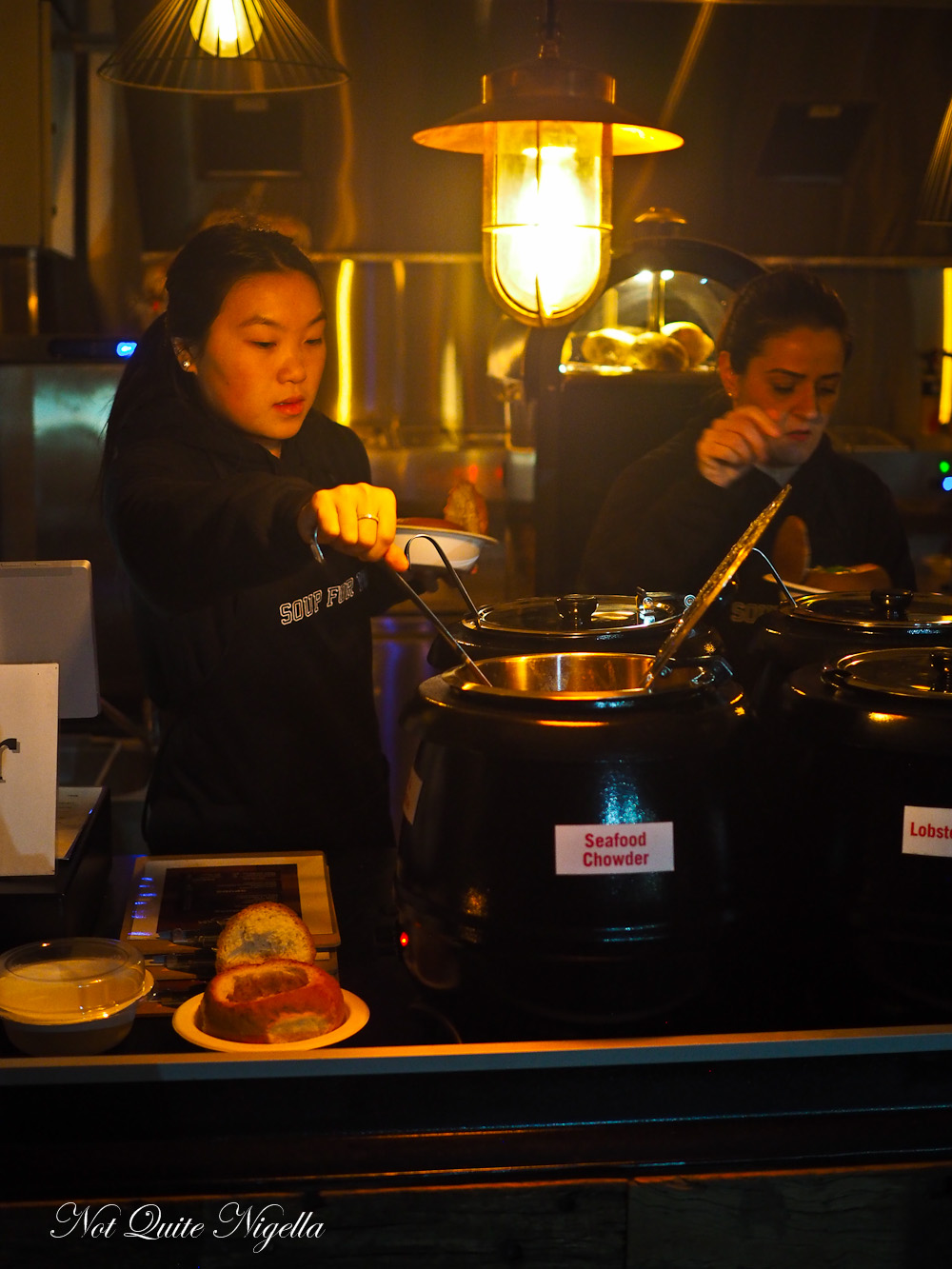 Although Yegeneh isn't fond of Jerry Seinfeld, he has become a household name and expanded his business to all over America making the soups for which he and his character were known for. But this grudge doesn't extend to the other Seinfeld cast members-Jason Alexander is an investor in his company as is Shaquille O'Neal.

When the Elias's met him Yegeneh was guarded at first but once they broke through his facade he was friendly and he was especially good with their kids who delighted in calling him "the soup nazi". They decided that Australia needed its own soup eatery. It took the couple almost a month to get in contact with the office. There are franchises but the company wasn't interested in Australia and the trademark had lapsed so they took some of the soups which sell at Costco and experimented. Even with the soups they found that there was an ingredient missing that made it a bit different from the stores. "I think we're 90% there," Jason says to replicating The Original Soupman's taste. 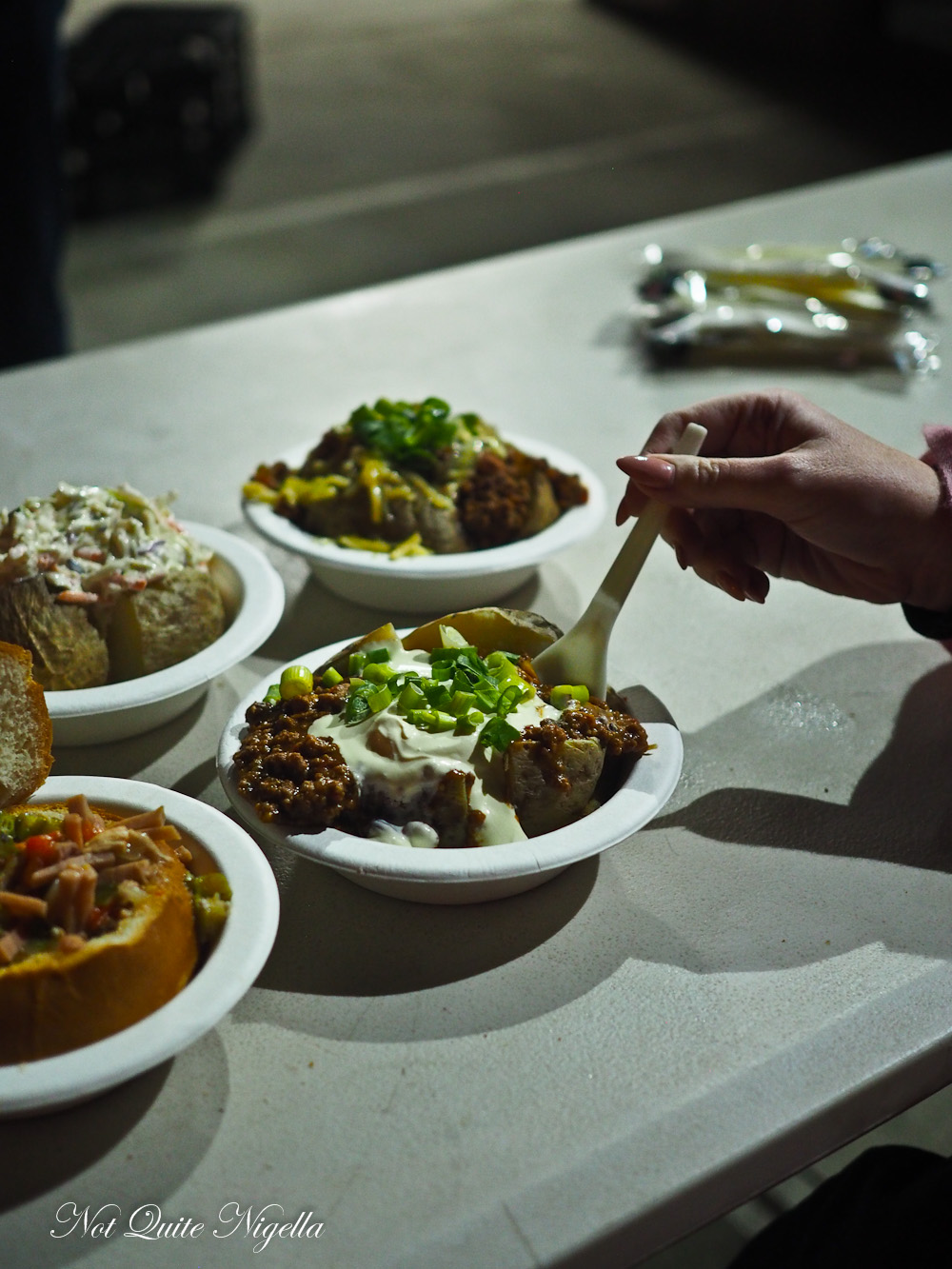 For now they sell out of a truck designed by Jason's company in an industrial estate in Wetherill Park and in 2-3 weeks they will hit the road travelling to different areas - the inner west of Sydney, Wollongong and Newcastle are upcoming targets. It's their first foray into food and they've had some surprises. They didn't intend to open for lunch but the staff in the area's businesses would come by and knock on their door asking for them to open. The workers were tired of the usual takeaway offerings in the industrial area. So now they do lunch Monday to Friday. The soups that they sell range from their permanent range of jambalaya, lobster bisque, seafood chowder and gumbo to other ones that come and go like lamb or veal goulash (both to suit Australian tastes) and lentil and vegetable. They also sell baked potatoes with a range of toppings. The soups can be served in a cup or in a hollowed out bread roll. 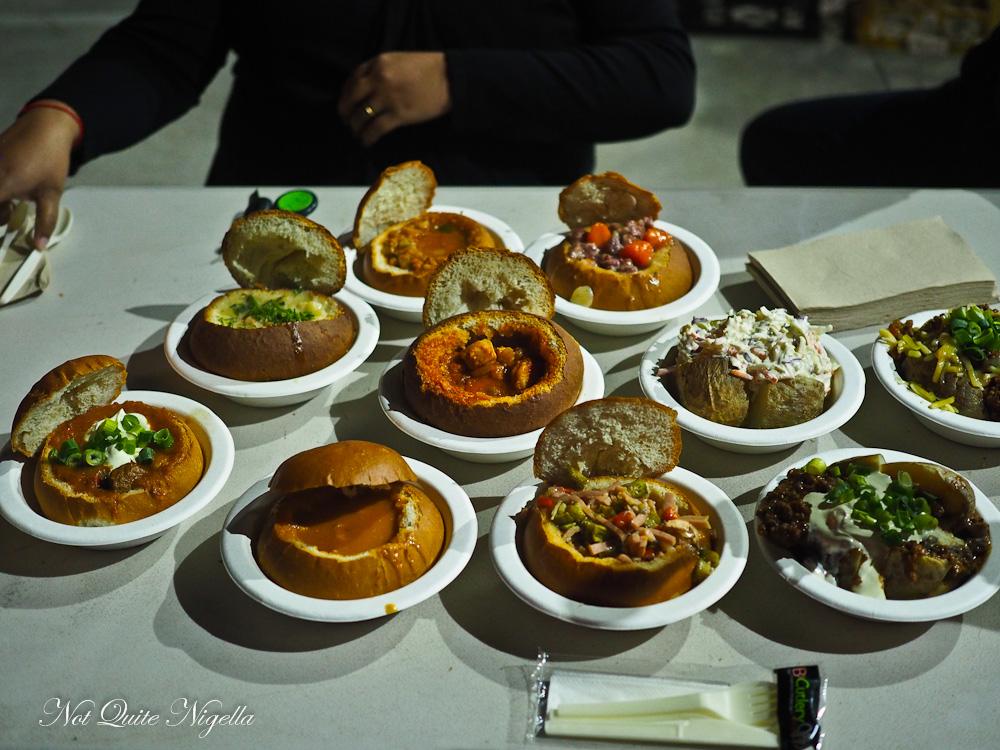 And do you know what goes best with soup? Seinfeld of course. Episodes of Seinfeld broadcast to the whole car park like a drive in. They're displayed on a large screen (actually the back of a jumping castle) and as we sit down to eat our soups we are delighted to see that the Soup Nazi episode comes on. Belinda is in heaven and she whispers every word before it is spoken and transfixed we eat the soups and watch Seinfeld. 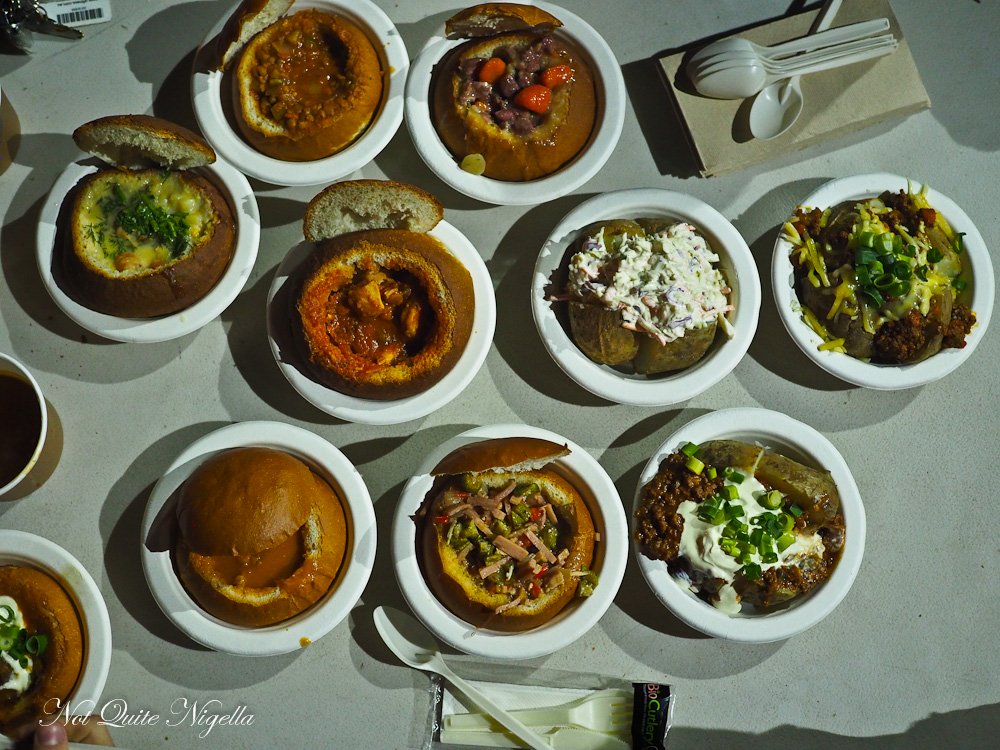 The soups range in price from $10 to $15 the latter being the lobster bisque. This is a favourite at the table and each serve of lobster bisque comes with two scoops of tender lobster meat and there's a lovely sweetness from saffron to give it its intense rich colour. Another favourite is the Jamabalaya with a hint of spice, chicken and prawns while the gumbo is more stew than soup but nevertheless full of flavour and satisfying (if you want soup over stew this is perhaps best served in a cup as the roll does soak up a lot of the gumbo's soup). It is a hearty mix of sausage and vegetables with slices of okra to thicken the soup. And the seafood chowder fragrant in dill and replete with plenty of seafood and is superb served in a roll as it is the perfect consistency for the bread roll. 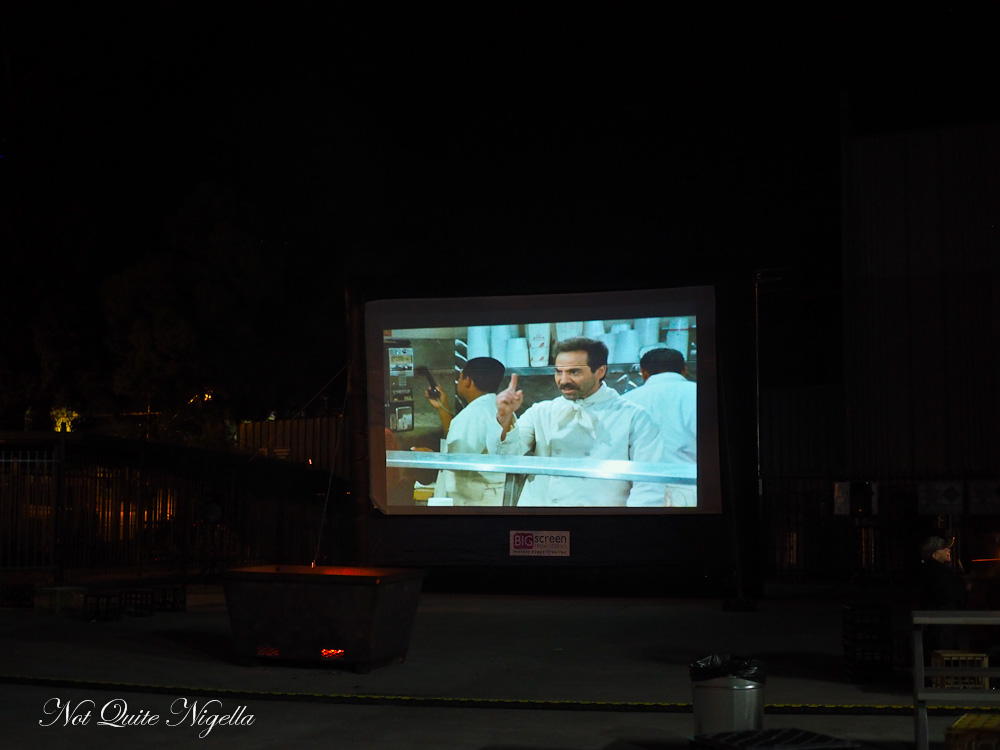 The veal goulash and lamb stew are hearty but I think we prefer the seafood options (and the permanent range, not that we knew it while we were tasting it and the lentil is fine but a bit too mild compared to the rest). While The Original Soupman sells lobster rolls here they do baked potatoes. They tried to get the same lobsters to make the lobster rolls here but to no avail.

There are a few types of potato toppings. The potatoes are coooked in a King Edward potato cooker from the UK but they are a bit firm. The favourite topping is definitely the chilli con carne but the creamy coleslaw is pretty good too-that's a surprise. I mean who ever put coleslaw on a baked potato? Apparently it is an Irish thing. 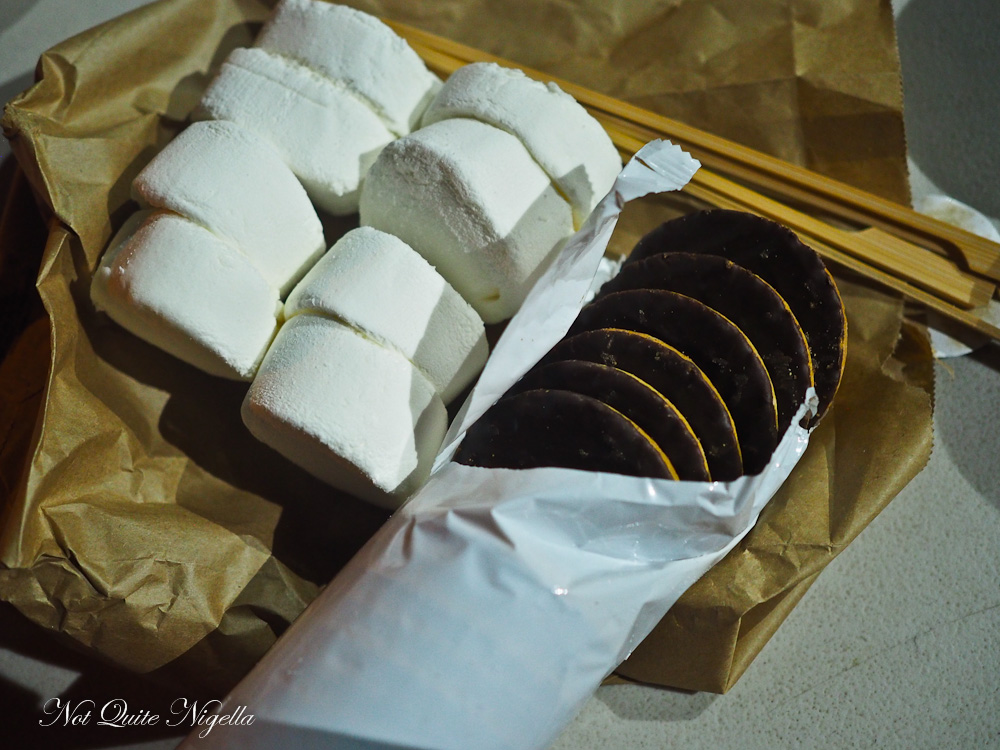 As it is winter there are fires blazing and the best option to take is a Family S'mores Kit that comes in milk, dark or caramel cookies. For $10 you get 8 enormous marshmallow halves and a sleeve of digestive biscuits with some sticks. You toast the marshmallows and then sandwich it between two biscuits. Mr NQN gets ambitious and tries to toast two while Belinda burns her two marshmallows and gives up preferring to rile Mr NQN up with his charring technique. He lovingly toasts his marshmallow but then turns away for a few seconds to watch my marshmallow and his goes up in flames much to Belinda's amusement. 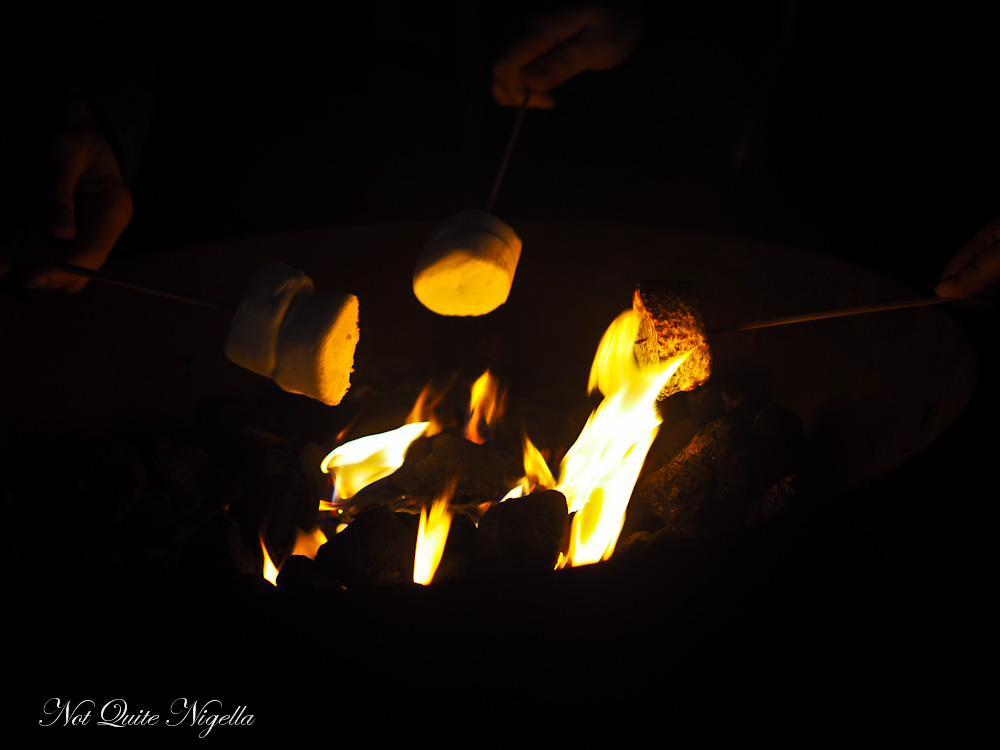 There are also other desserts like a bounty hot chocolate (coconut hot chocolate), tiny pots of blueberry bread and butter pudding and light Baileys cheesecake with a crumbly chocolate crust, all a steal at $4 each. But I don't think anything beats the novelty of soup and a gooey marshmallow S'mores while watching Seinfeld. 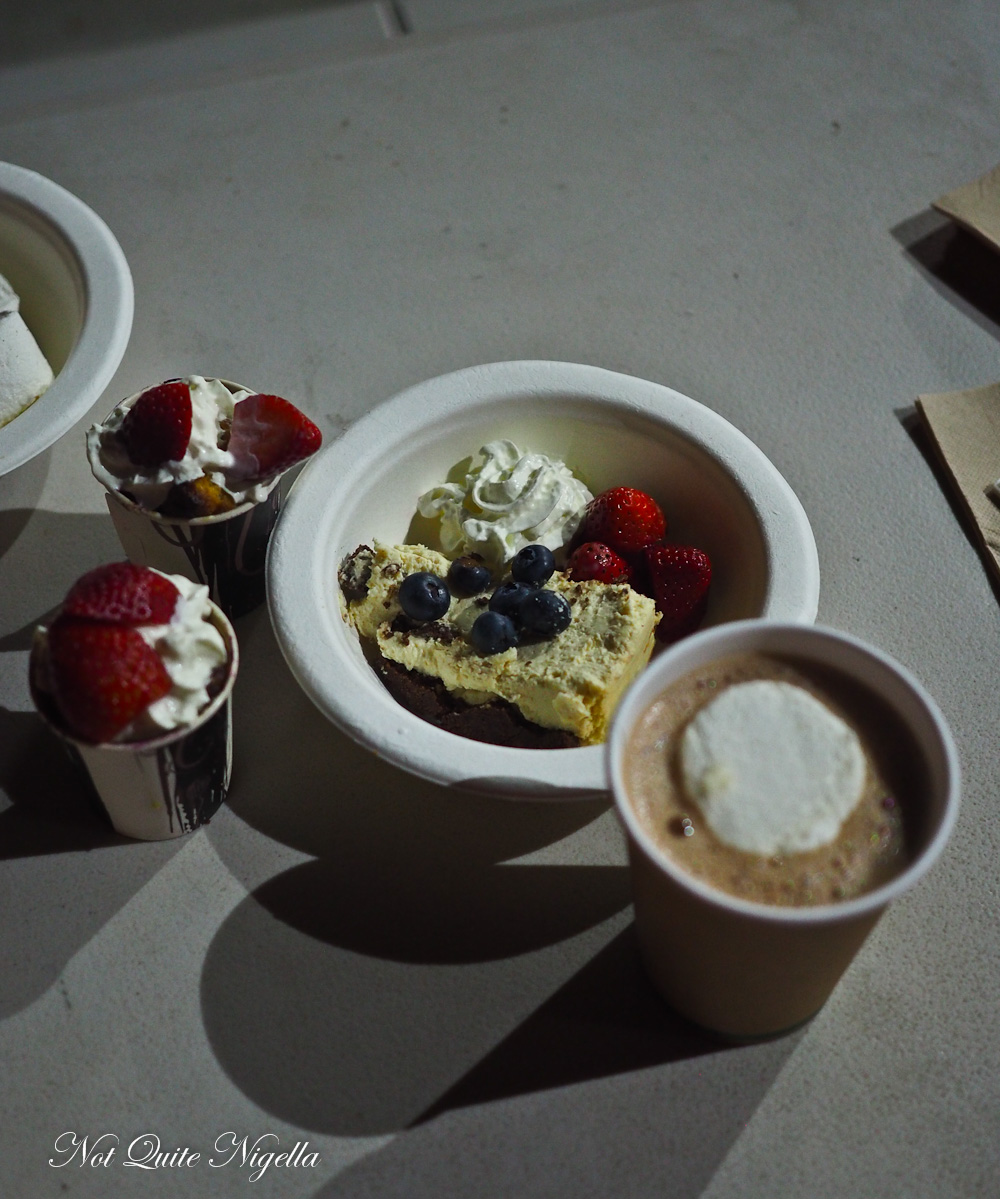 I ask everyone who their favourite characters are. For Louise and Mr NQN it is Kramer, for Viggo it's Newman and for Belinda and me it is Elaine. Because I definitely think we see a bit of each of these characters in ourselves (I'm thinking dance technique here ;) ).

So tell me Dear Reader, who was your favourite Seinfeld character? Do you like soup for dinner or do you see it more as a snack? Which soups appealed to you the most? 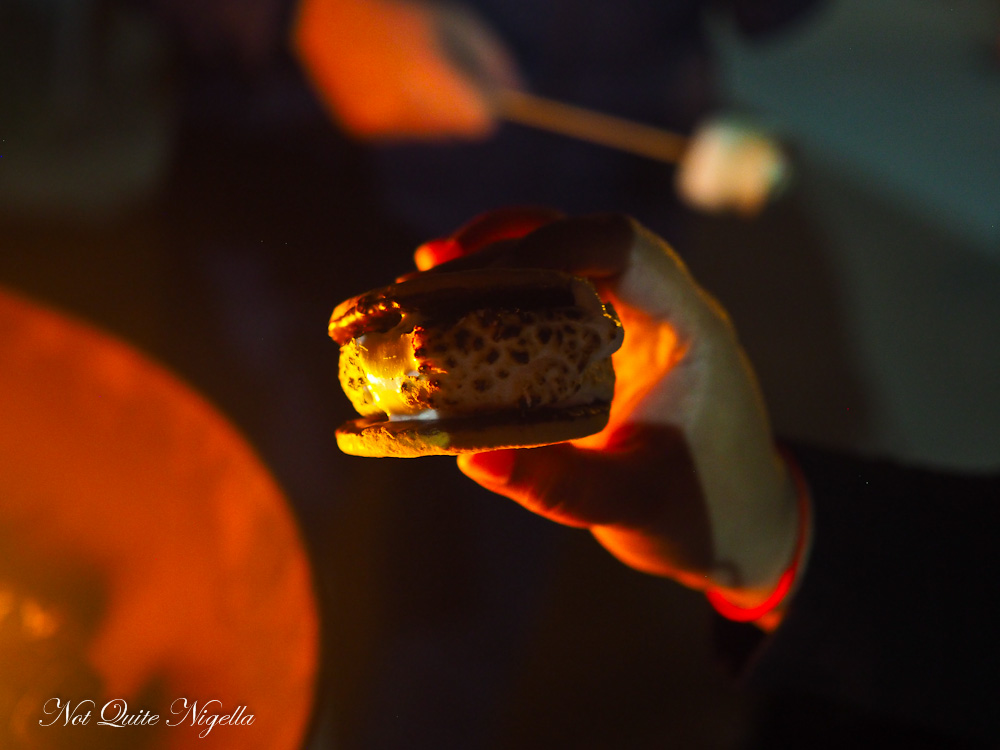