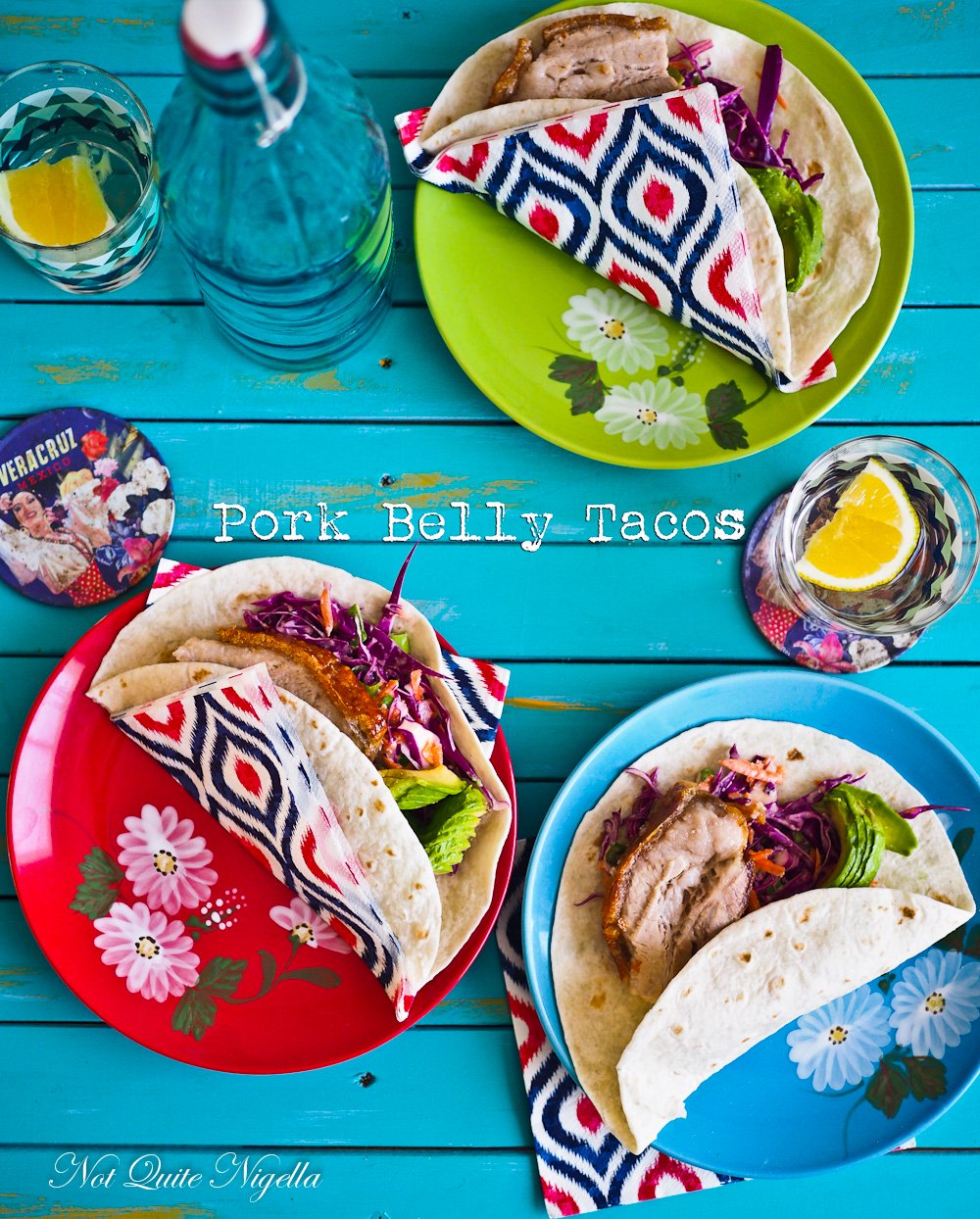 Looking to feed a crowd? These pork belly tacos are a definite crowd pleaser. The pork belly is slow cooked in a chilli and ginger broth but has a wonderful crunchy crackling that shatters with every bite. The pork is paired with a coleslaw dressed with a creamy ginger, garlic and black pepper dressing and wrapped up in a soft flour tortilla. Have your guests put them together themselves for a little DIY at the table fun!

And I had the perfect occasion to make this DIY dinner. Miss America has recently moved house. After living in Potts Point for almost 20 years he made the move to Ashfield in Sydney's inner west after his landlord decided to sell up. At first he was not looking forward to the move. After 20 years anywhere you do tend to amass a lot of things and he is quite a collector but he found himself a really lovely apartment on a very leafy street.

He held a housewarming party and I offered to make something for it. I had some leftover pork belly from this dish and since I loved the way the meat was so soft and the rind crunchy I decided that I would cook it a similar way but give it a different flavour, an Asian flavour with ginger and chilli. The accompanying coleslaw has an easy dressing, able to be easily drizzled over crunchy cabbage and carrots. 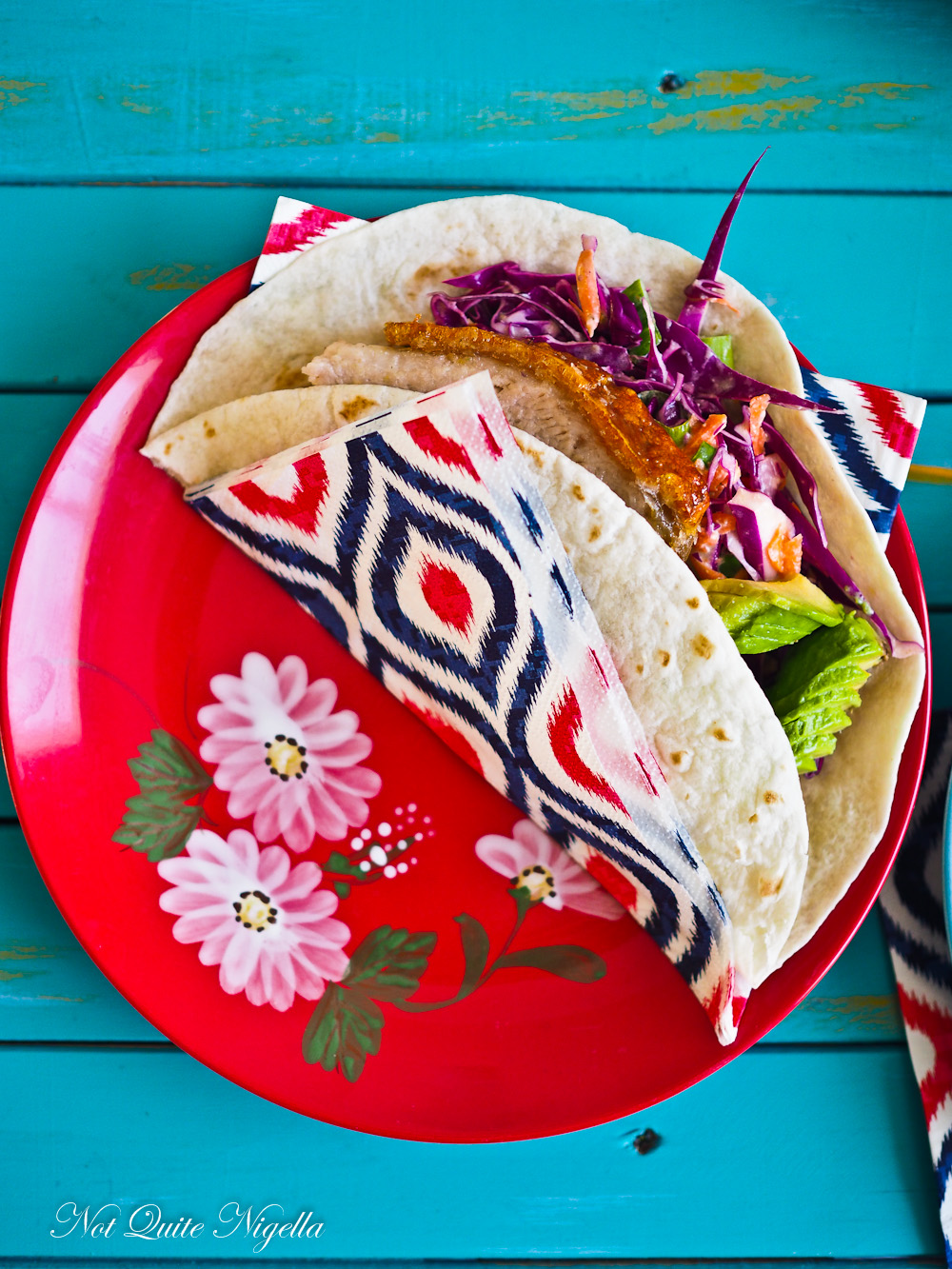 That afternoon I met some of his other friends that we only tend to hear about but never see and of course Queen Viv was there. She had recently had a two week break from work as she had been on jury duty. It was an armed robbery case. On the first day or jury duty Queen Viv surveyed the crowd of fellow jurors and decided to take on the role of organiser.

Apparently they were a perfectly nice bunch of people and despite what tv and movies might tell you there was nobody that was trying to coerce the jury members into voting one way or the other. Queen Viv kept her personal opinion to herself and encouraged some of the quieter, more timid jurors to speak up and explain their position and reasoning so that everyone's opinion counted. Queen Viv is used to managing lots of people although her job nowadays is not in management, it seems you can't take the organising instinct out of her. Much like you can't take my instinct of tinkering with a recipe out of me haha! ;)

So tell me Dear Reader, have you ever served on jury duty? Are you an organiser or do you prefer to be told what to do? And do you like DIY at the table food? 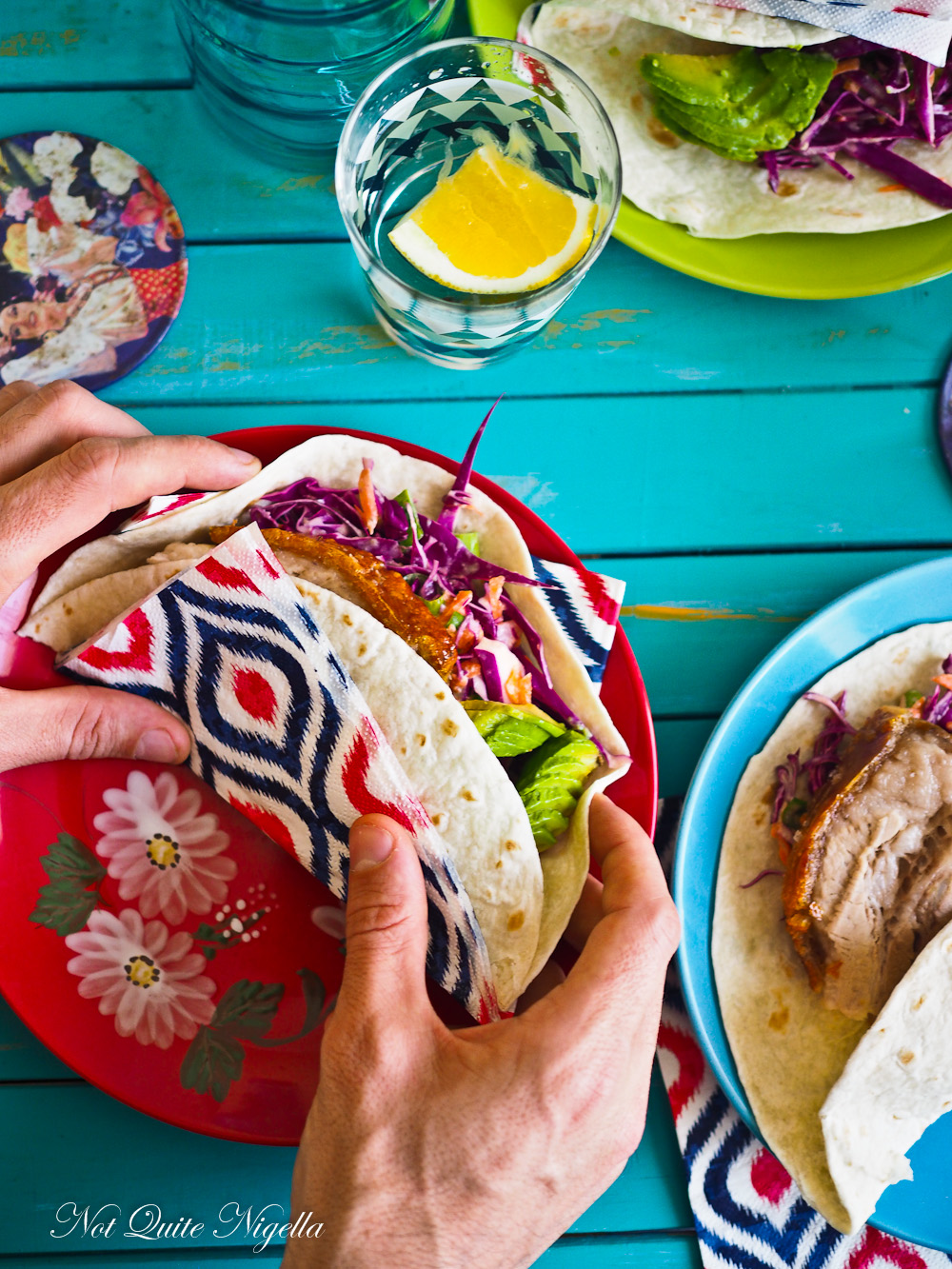 Tip: do this with a clean oven because when you turn it up to 240C/480F, things get smoky.

Step 1 - Preheat oven to 150C/300F. Place the ginger and chilli on a baking dish that fits the pork belly snugly (skin side up). Pour the chicken stock around the pork belly making sure not to pour it over the skin. Cover with foil and bake for 3 hours. 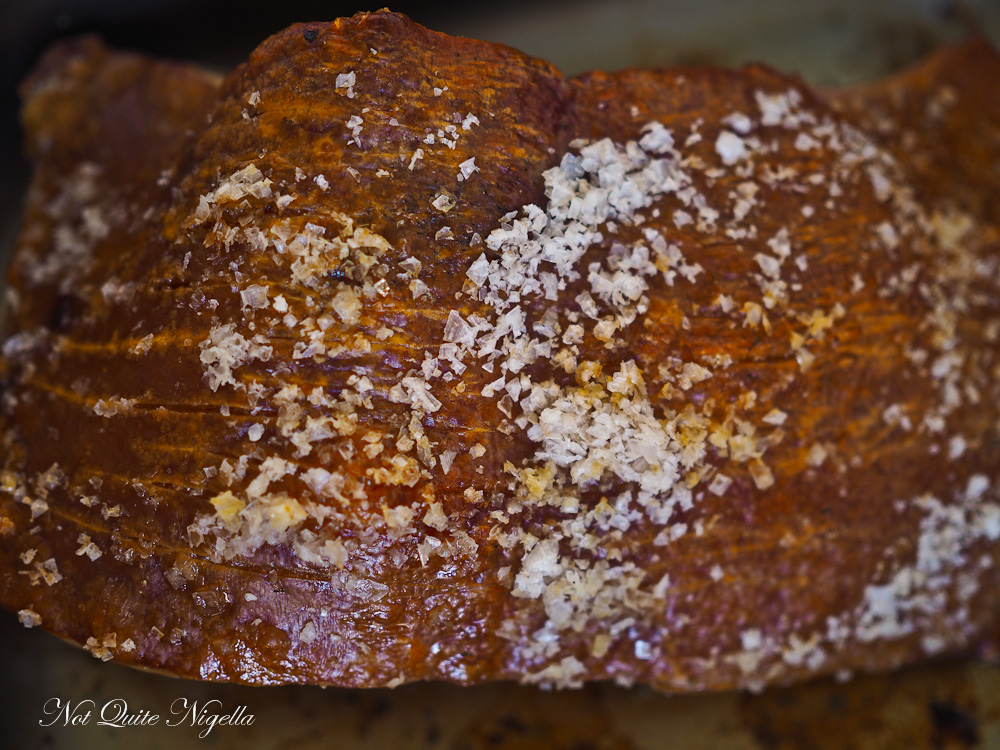 Step 2 - Remove the pork belly from the liquid. Score the pork belly with a sharp knife and then turn up the oven to 240C/480F. Place the pork belly on a rack. Rub the salt over the pork rind and then roast for 40 minutes until crispy. Remove from oven and then slice as thinly as you can. It helps to remove the crunchy rind (which I also put into the taco because it gives it a nice crispness). 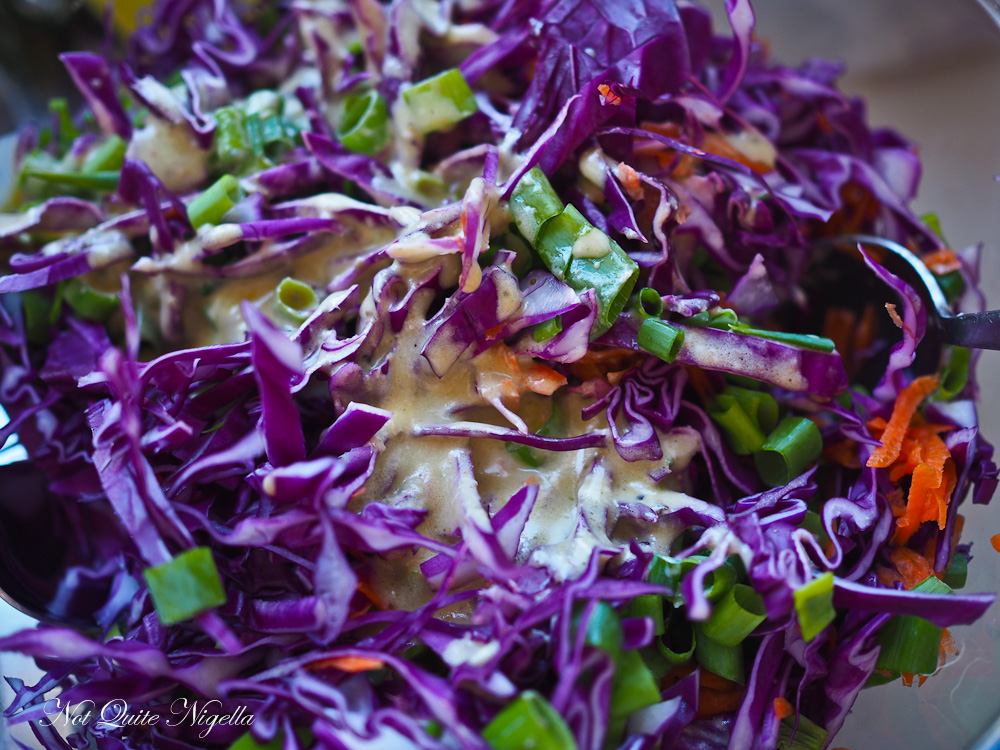 Step 3 - Meanwhile get the salad ready. Mix the cabbage, carrots and onions in a large bowl. In another bowl whisk the aioli, olive oil, vinegar, ginger and honey and season with some salt and pepper. Heat the flour tortillas until soft and then fill with the salad and a slice of the pork belly.