Spice Up Your Life With These Juicy Cuban Pork Chops! 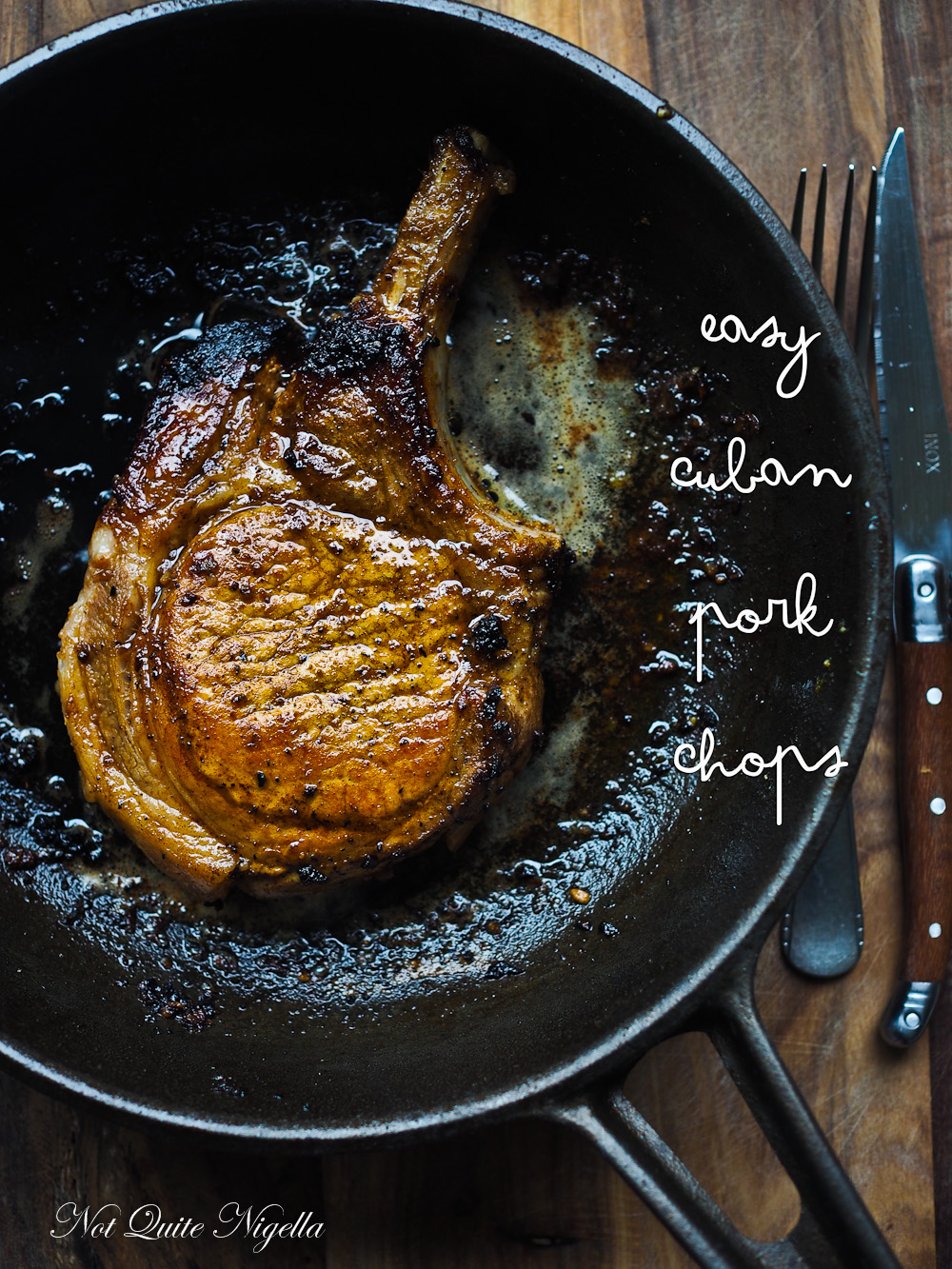 If you love a juicy pork chop then I'm going to sit you down opposite me and tell you seriously that you really do have to make these Cuban pork chops. They're a cinch with a simple citrus and spice marinade that seals in the juices so that the chop is incredibly juicy when you cut into it. You just have to try it to love it.

I came across this recipe on my lovely friend Tandy's blog from a South African cookbook called "World Atlas Of Food" by popular South African chef Jenny Morris. Tandy reminded me of this recipe recently and I realised that I had expressed an interest in it a little while back in July but we had been busy travelling so I never got around to making it. Once I made it I wished that I had bought more pork chops because they were fantastic. The citrus tenderises the pork while the cumin gives it an earthy flavour. You probably have everything bar the chops in your pantry already (which is the best kind of easy meal really).

Truth be told I've heard the food in Cuba itself isn't very tasty and that's from many friends that have visited it. Some have told me that they brought along hot sauce with them or tins of tuna. I'm not sure having never visited there myself. We tried to go to Cuba but it was such a convoluted and expensive process that we had to abandon our plans which was a real shame as we both wanted to see what it was like.

When I was travelling recently overseas in Copenhagen something strange happened to me and another girl. We were walking near the Amalienborg Palace hoping to do a Princess Mary sighting (alas that didn't happen) when a middle aged man came up to us. He was dressed for a casual stroll and he had an avuncular vibe to him-kind of like a Danish David Letterman.

"Hello! Where are you headed today?" he said jovially in his melodious Danish accent. We said that we were just looking around. "I have a business..." he said and as soon as those words came out of his mouth my brain sent up a warning and we both edged away from him. The first thing I thought of was phone sex or pimp. I'm not sure why my mind went there. "Err no thanks!" we said politely backing away. "Well will you watch me while I pleasure myself?" he said hopefully.

"Definitely not!" we cried. And because there were two of us and not just one (where I would have felt very frightened) we both burst out laughing. "Who says yes to that?" I asked Beatrice. "And who says yes?" Beatrice replied.

Ahh travelling! You never fail to be surprised!

So tell me Dear Reader, have you had many surprises or gross propositions when travelling? Do you gravitate towards meals where you have the ingredients or do you not mind shopping for dishes? 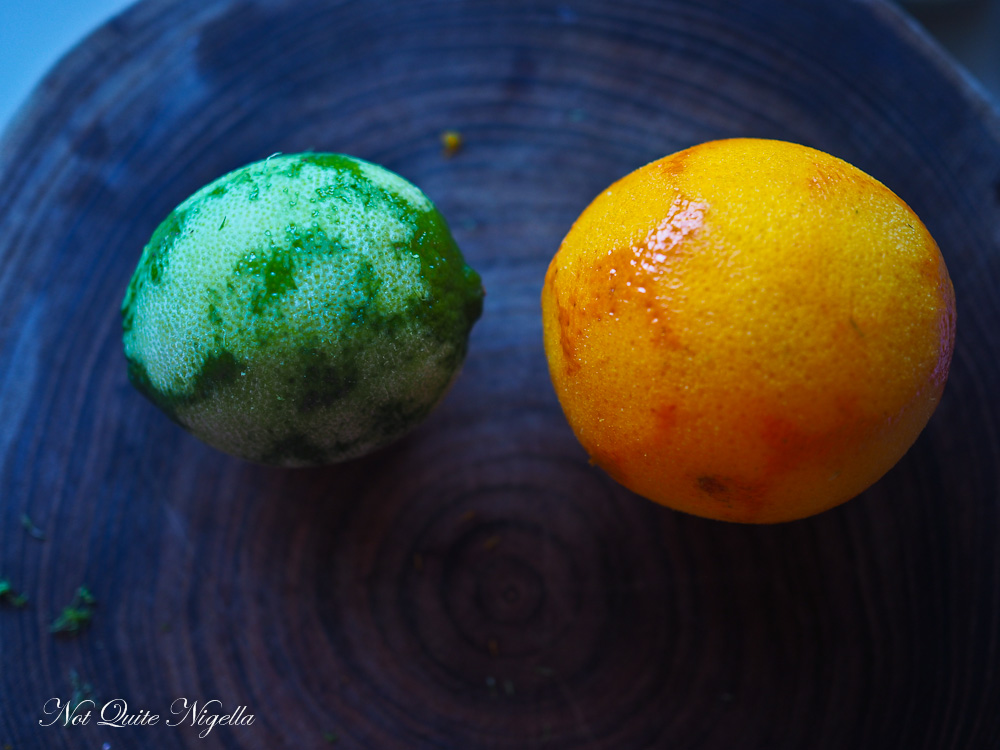 Zest the fruit first. As you can see my lime was huge and almost as big as an orange!

Step 1 - Mix the zests and juices in a bowl. Add the garlic, onions, cumin and white pepper. Marinade the pork chops in this mixture for 1-6 hours (you can also do this overnight). 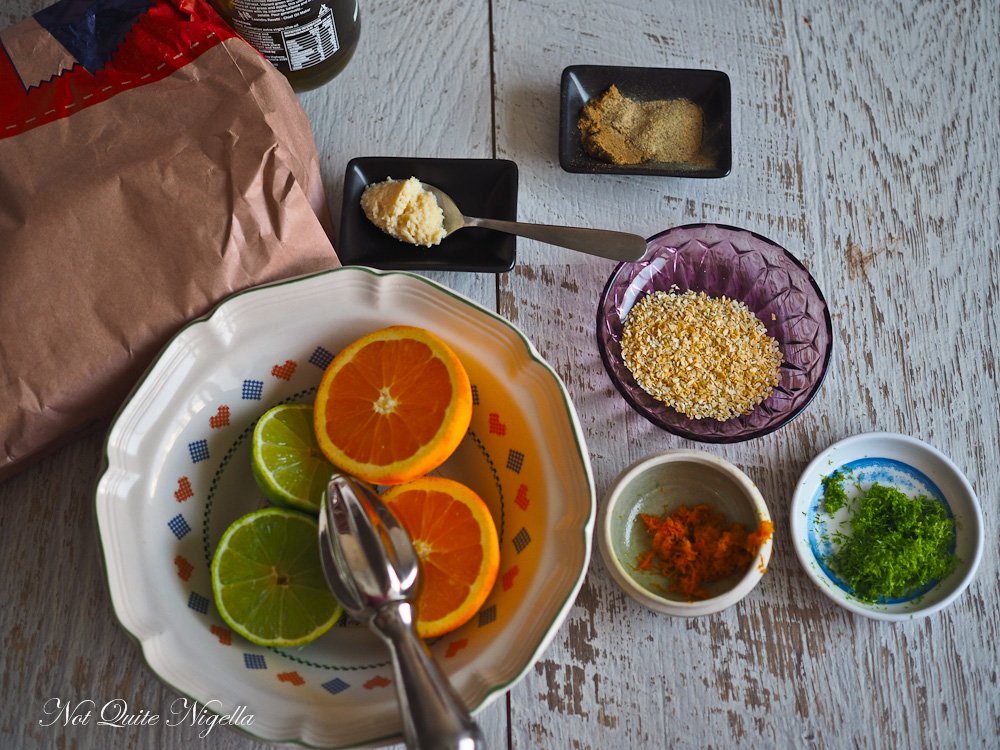 Step 2 - Heat half of the butter in a frypan on medium to high heat and fry the pork chops. It will take a while to cook them through as they're quite thick (about 6-7 minutes on each side). Serve with garlic mashed potato. 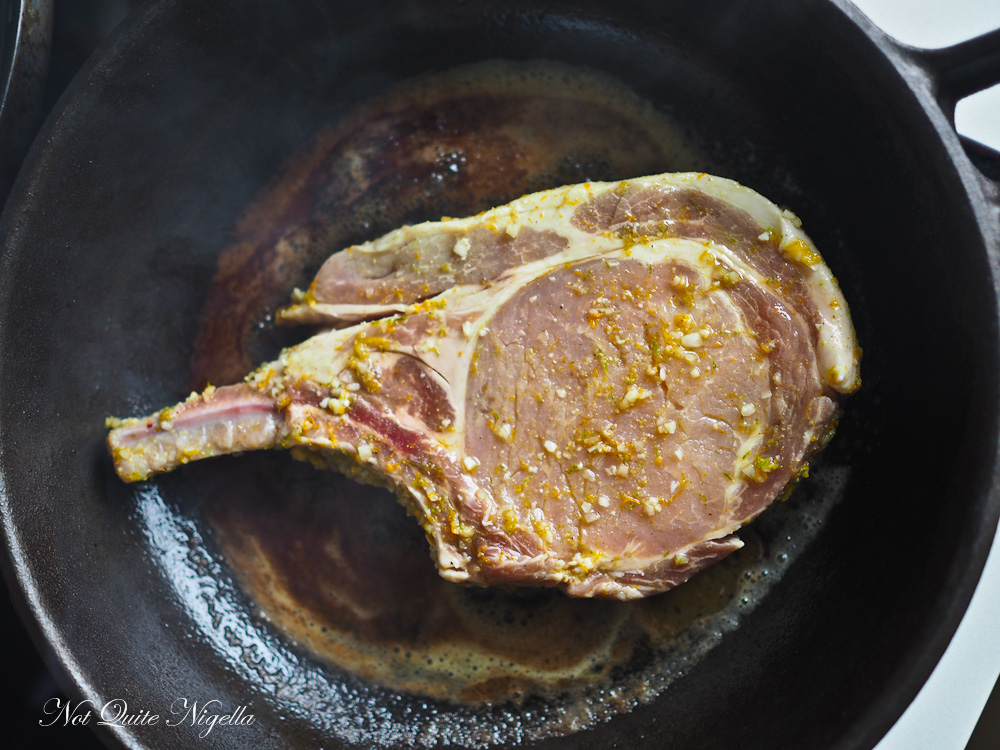