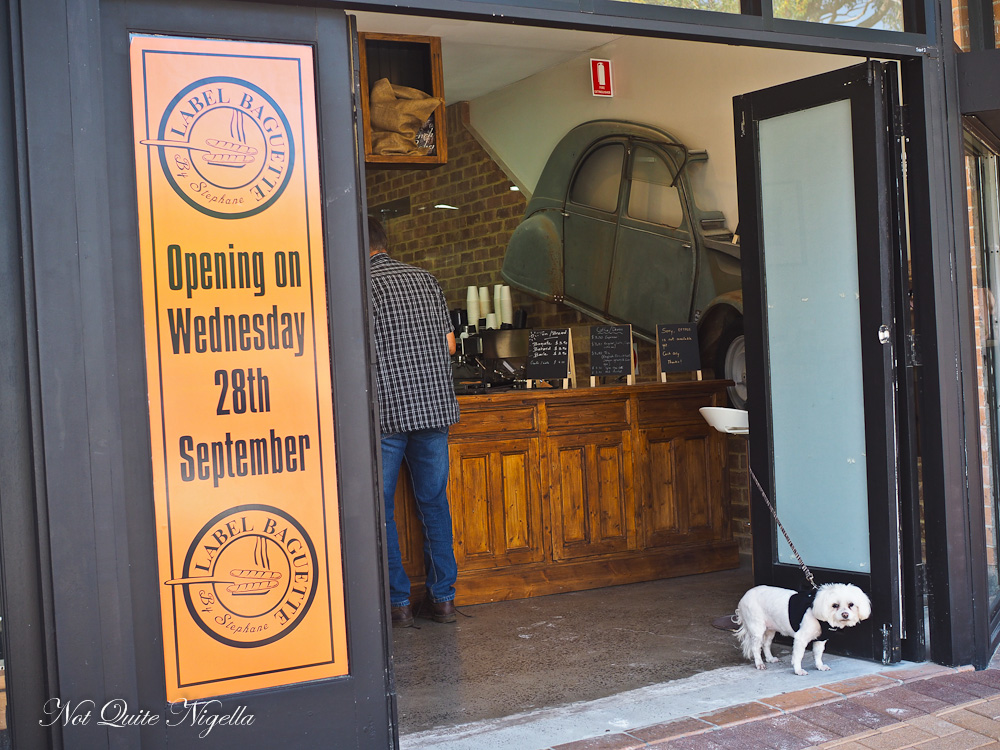 "I want to bring French baguette to Australians", says Stephane Mott, French baker at Label Baguette on Anzac Parade in Maroubra. As if on cue, four customers walk in all French presenting us with his conundrum. While his French customer base is devoted, strong and appreciative of his authentically French bread and viennoiserie he has yet to completely convince his Australian patrons. 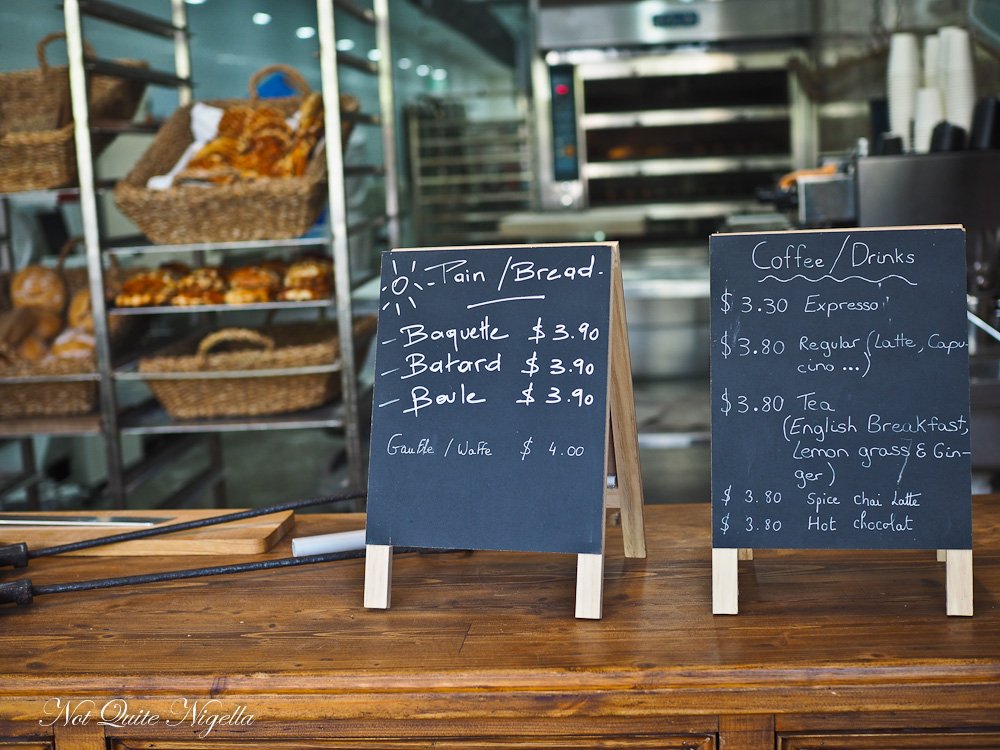 And then an Australian man walks in asking for a "normal loaf of bread". What he means is a thicker, sandwich loaf and Stephane (called Steve ironically by his countrymen but Stephane by his Australian patrons) has to explain that he is a French baker. What they do is four types of bread, all with the same base but shaped into baguettes, boules, larger boules and batards. 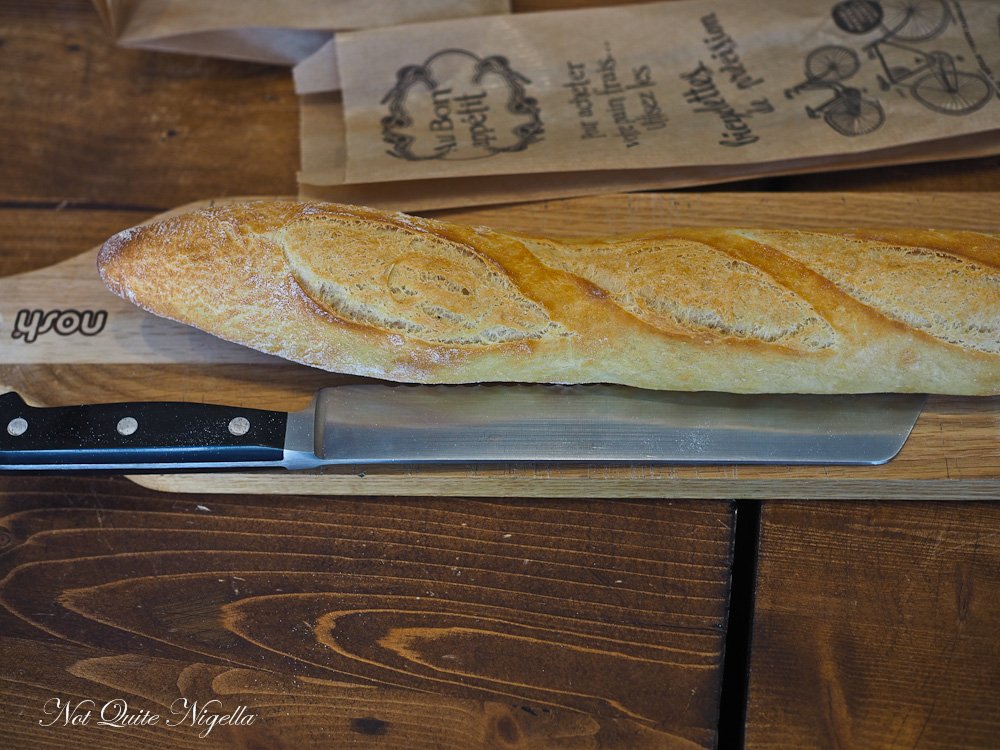 Liege waffles are also on the menu-this is from his childhood in Lille near the Belgian border. And later in the day croissants and pain au chocolat make an appearance too. Every single item is hand shaped and the only two machines used are the mixer and the oven. His day commences at 3:15am and he has to make the bread before the croissants. And while it is normal for French bakeries to bake throughout the day it is less common for Australian bakeries to do so but each day Stephane can make 3 or 4 lots of bread so that it is always fresh. 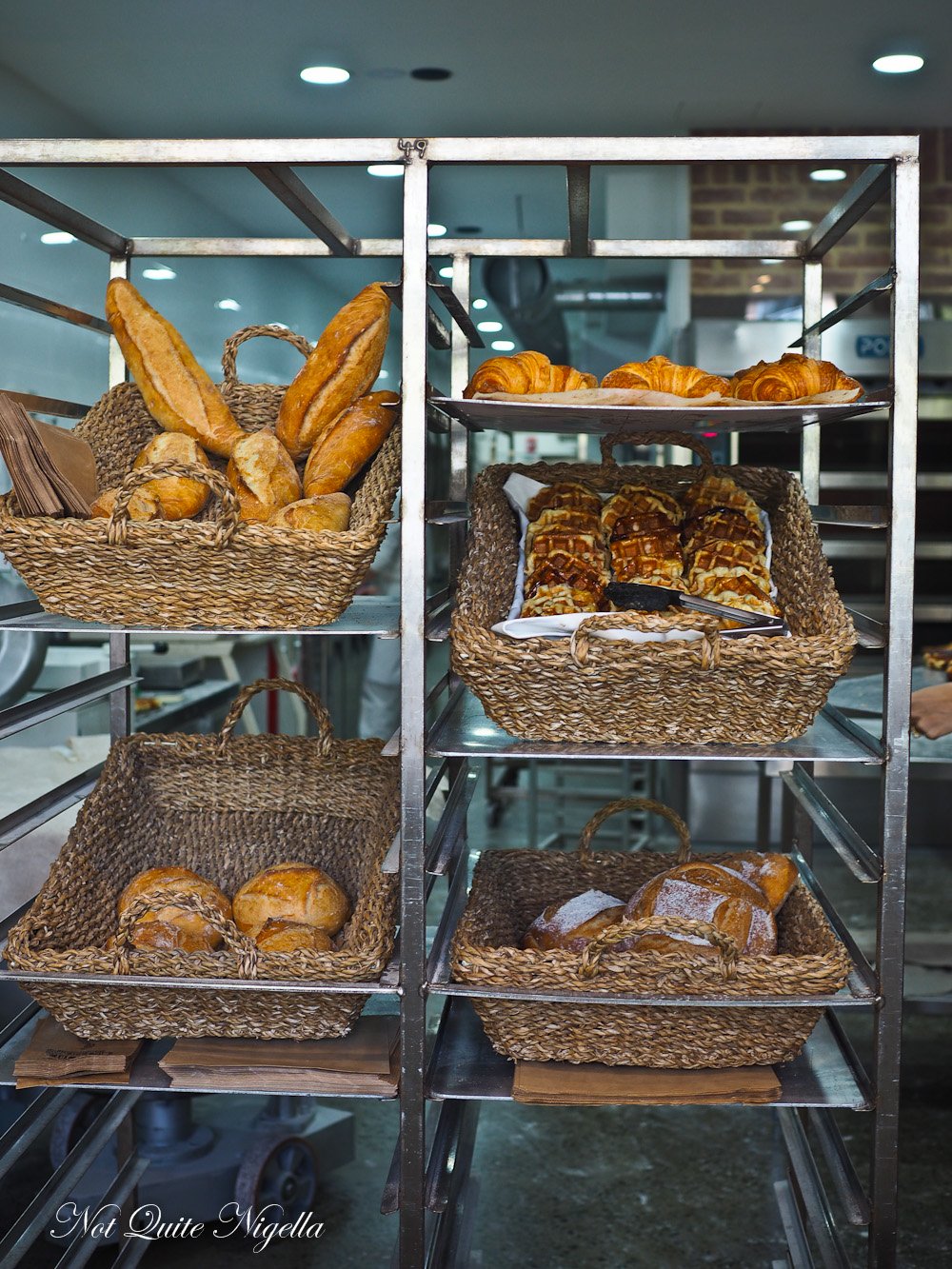 The secret to authenticity is using all French products-from the flour to the yeast they are all imported from France. He prefers using French yeast as it has a better flavour designed for long, overnight fermentation. He uses French butter that has a good plasticity for his croissants. And the other secret ingredient is the time taken to make each loaf or baguette from beginning to end. 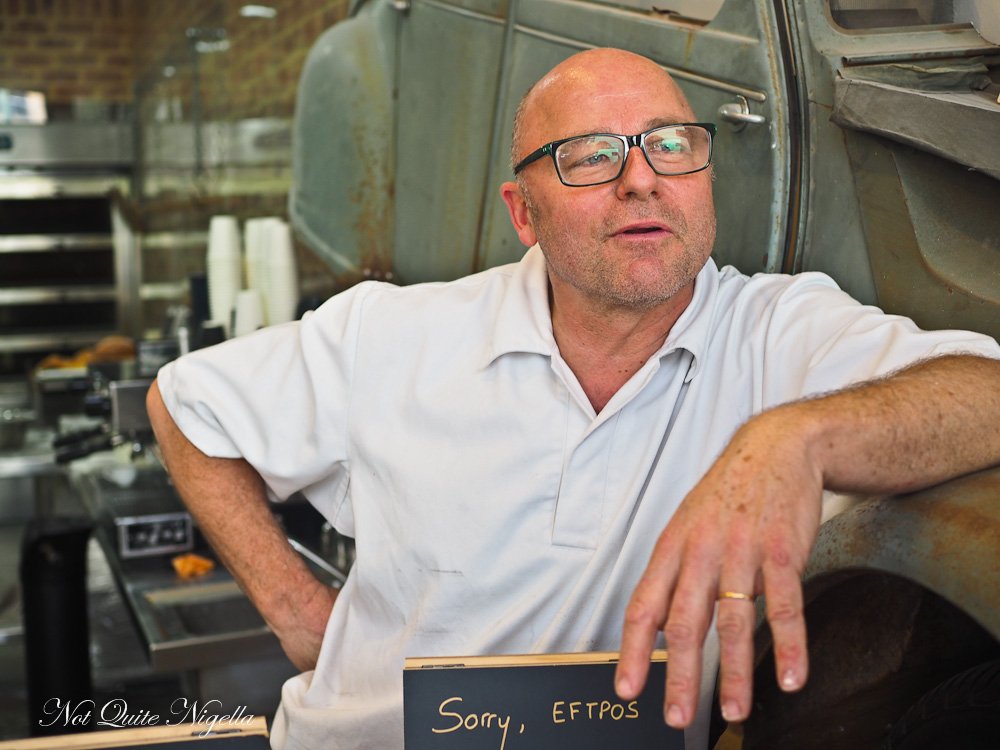 With a French school in Maroubra and house in Malabar, the location was a natural choice for him. Stephane first arrived in Australia as a backpacker but "I suffered for good bread" while he was here. It was in 1981 and there was only square sandwich bread loaves available. He moved back to France and learned the trade but he always loved Australia. 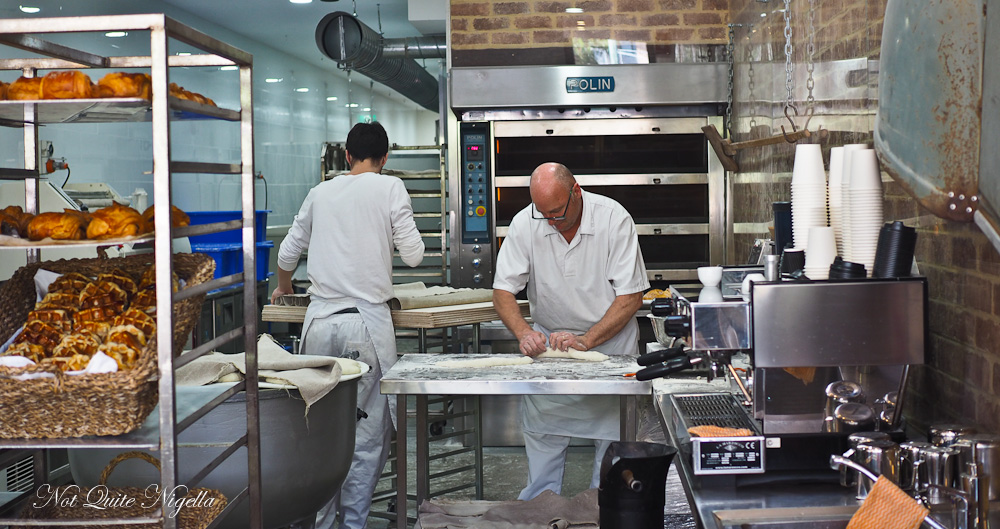 He worked at a miller and also as a trouble shooter across a large par baked bakery chain. He travelled to and from their factory locations around France and Belgium ensuring that quality control was maintained. He moved back to Australia with his wife after she prompted him to do so. He worked for Delifrance for their five shops and their large wholesale business. 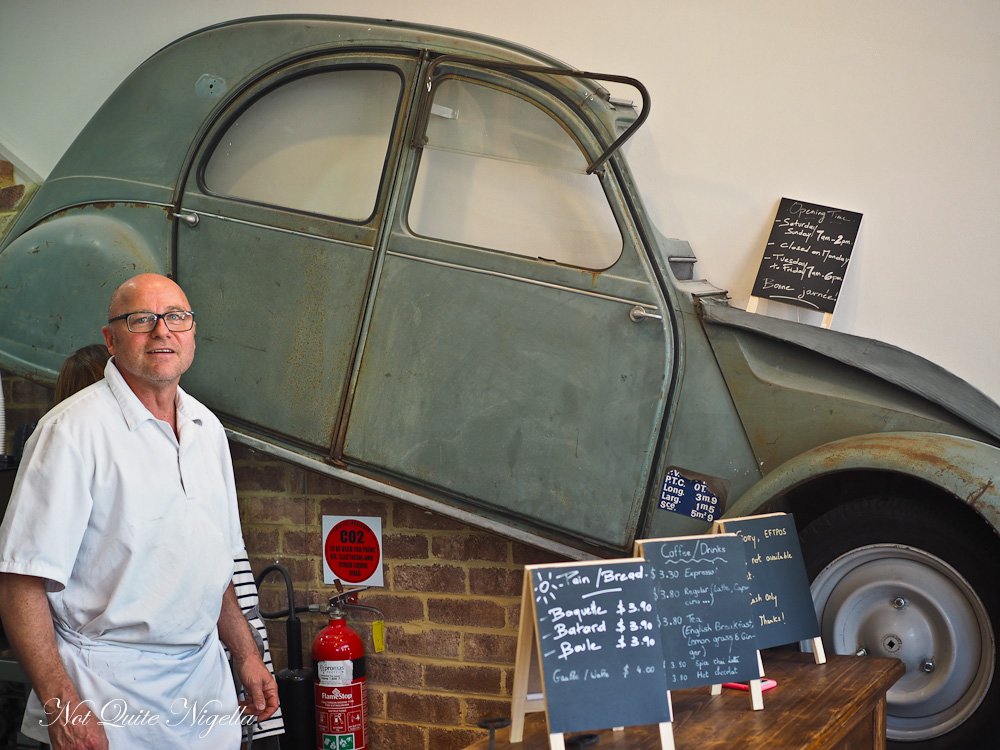 He then started his own wholesaling business in Sydney with partners for 6-7 years and then sold it. A stint at Goodman Fielder convinced him that he would never be happy working for a large company when he tells us that he was reprimanded over an incident where sesame seeds remaine in a machine. Smoke ensued, the production line stopped for a short time and he was called into his boss's office for a serious talking to. 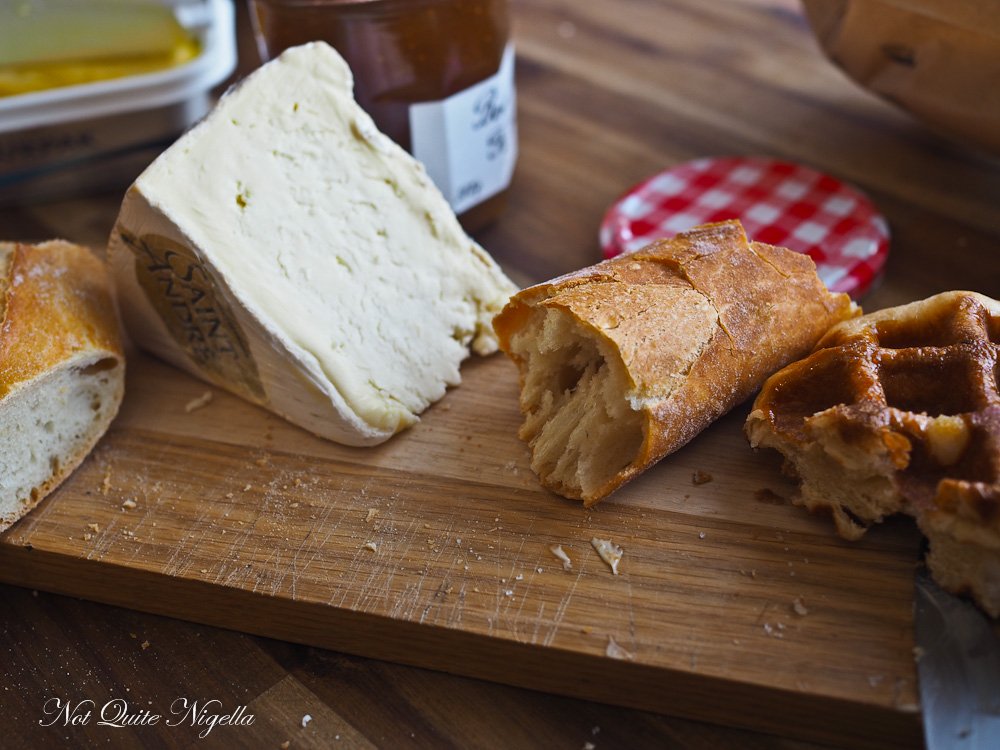 I'm visiting Label Baguette with Jaqi a Dear Reader who became a friend and she first put me onto this place having been here a few times for bread. The shop is small and there are three bar stools and a small bench to sit at and while they don't have filled baguettes they are happy if you want to bring your own butter and jam or buy cheese and meat from the deli nearby. Stephane's favourite car, a Citroen 12cv adorns one wall (or the side of it does). 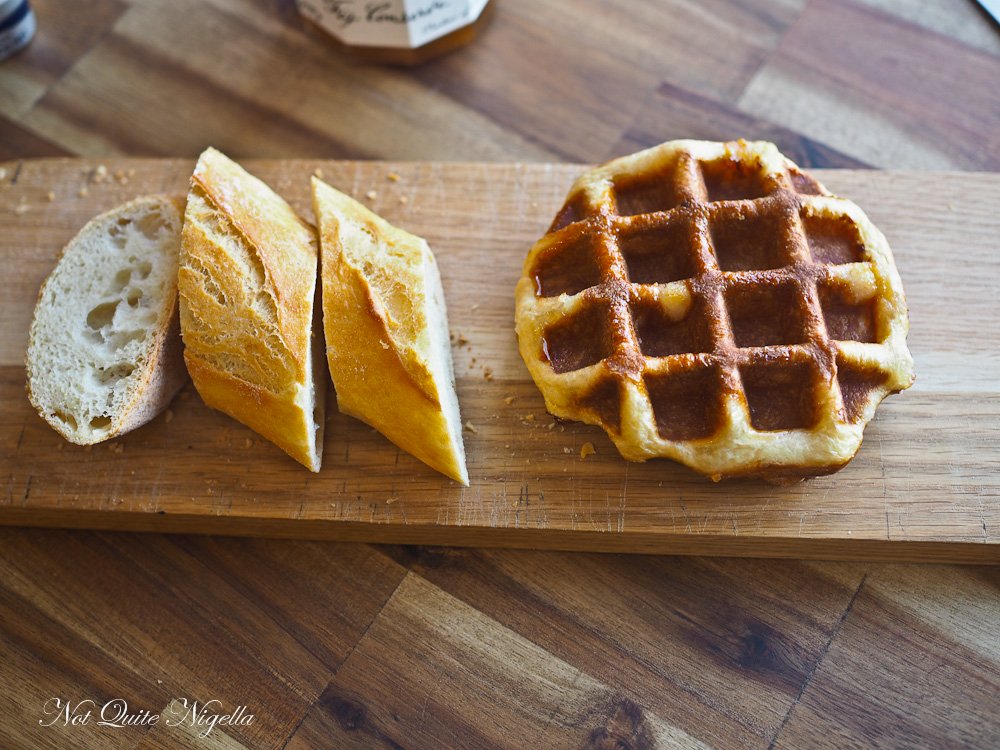 We start with a hot chocolate, a spiced chai latte and a baguette. The baguette has a crisp outer and that distinctive chewy freshness to it. But then Jaqi spots a tray of fresh baguettes coming out and buys one of these. All of the breads are the same price, $3.80, and they're designed to be purchased daily. We ask for a baguette that has come out of the oven. Jaqi comes equipped with butter and fig jam to spread on the warm bread. Heaven. The waffles are also good but I think I've been spoiled with ones in Japan that come hot off the waffle press. 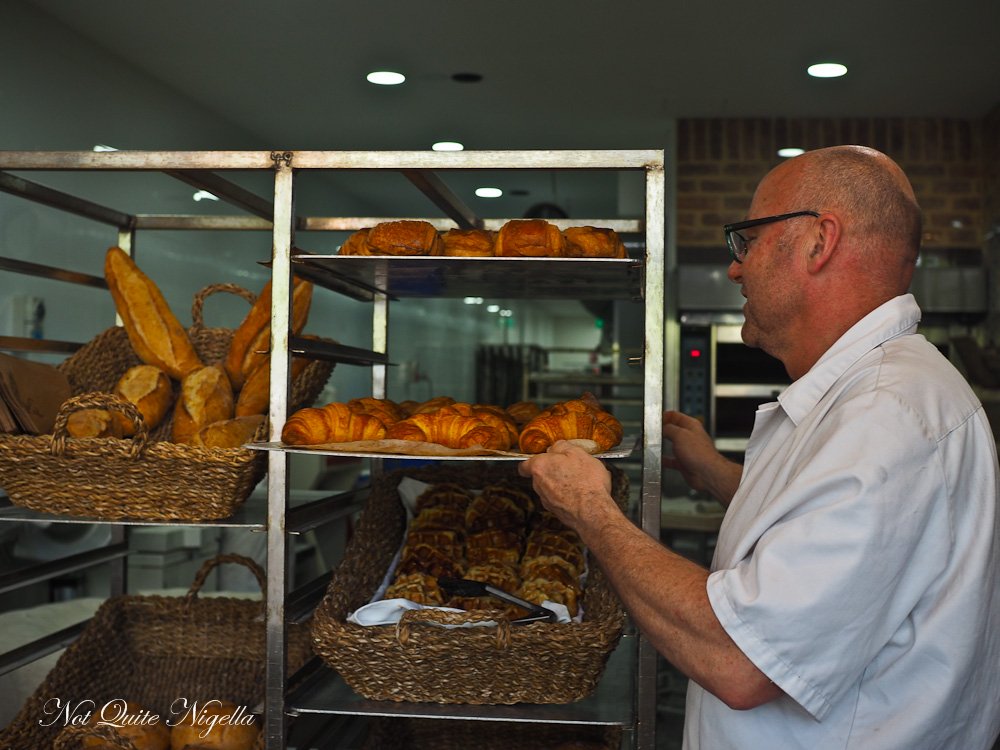 We wait around for the croissants and around 11:30am they emerge from the oven. They're incredibly light, some of the lightest croissants I've ever eaten with huge honeycomb pockets of air inside them and a tempting butteriness to them. 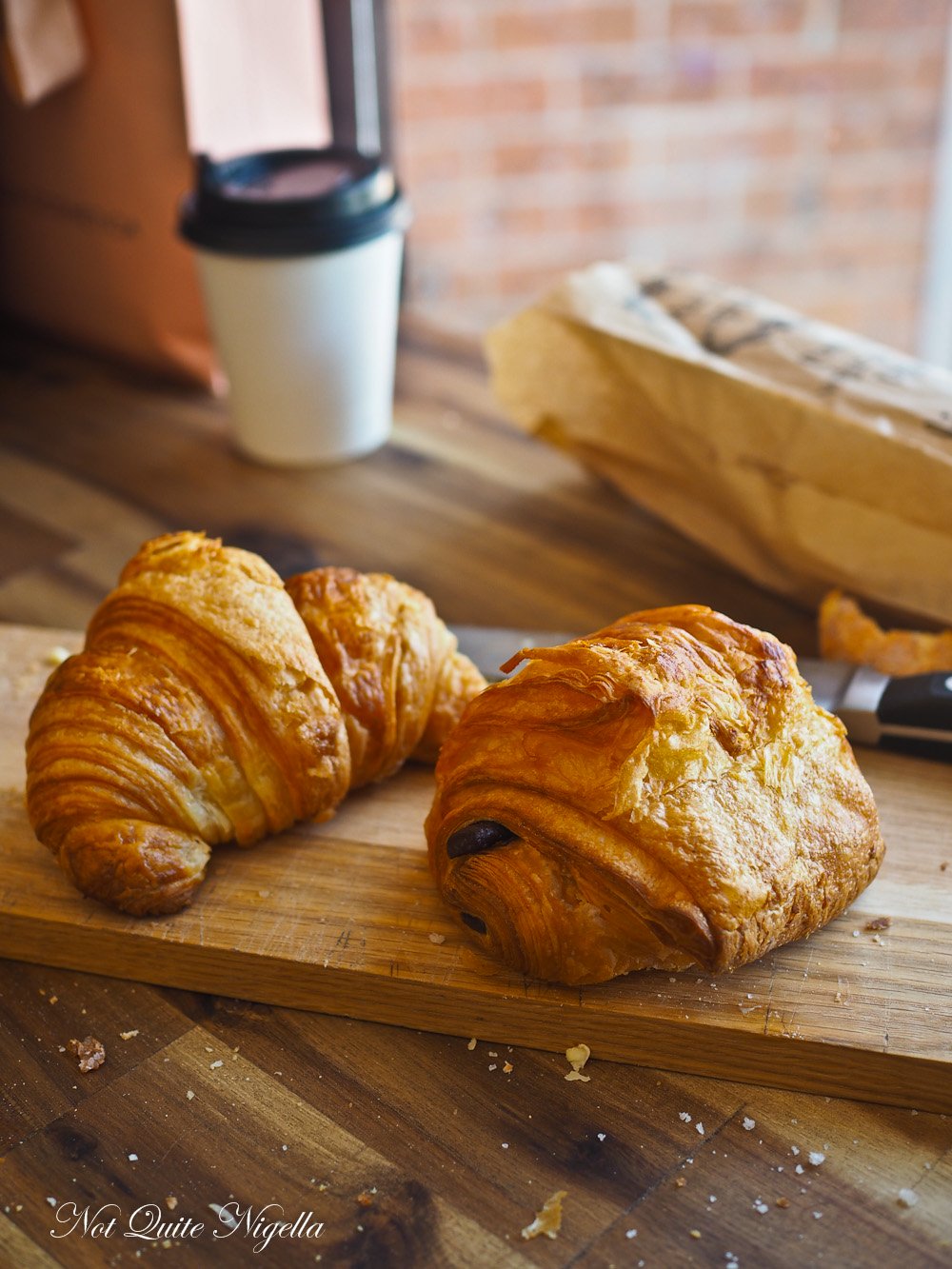 The pain au chocolat is also good but I prefer plain croissants. And what makes a good croissant? He tells us that a good croissant should make a mess and there should be crumbs all over your clothes. I look down and there are crumbs everywhere. 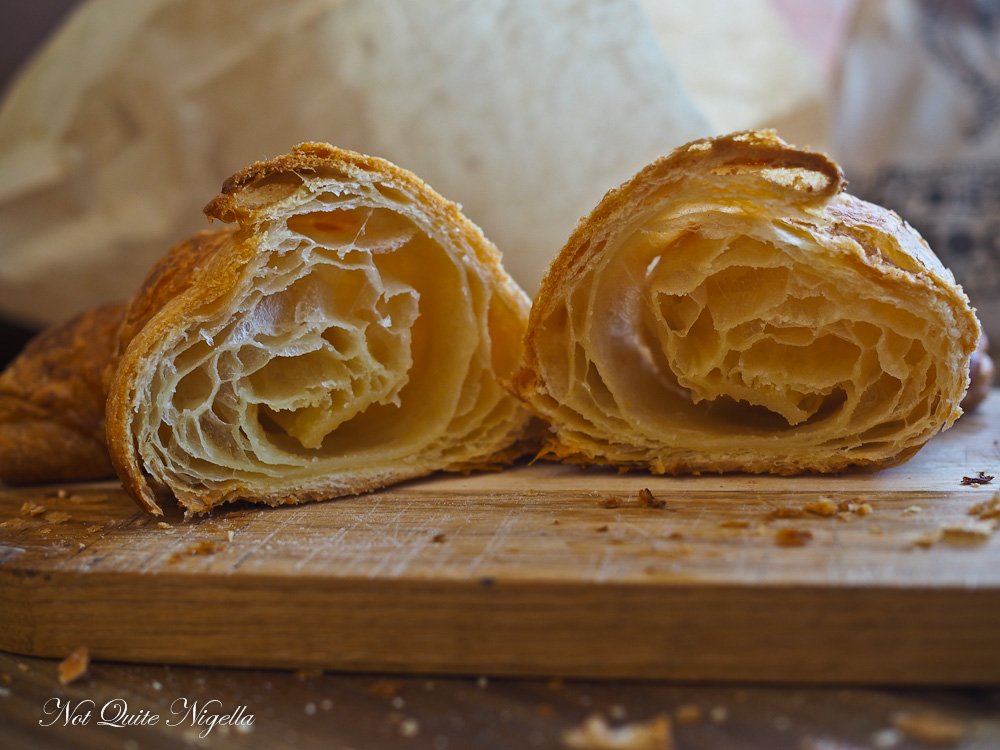 So tell me Dear Reader, do you prefer croissants or pain au chocolat? Do you buy bread daily? And what is your preferred bread type? A baguette or a thicker loaf? White or grain or wholemeal? 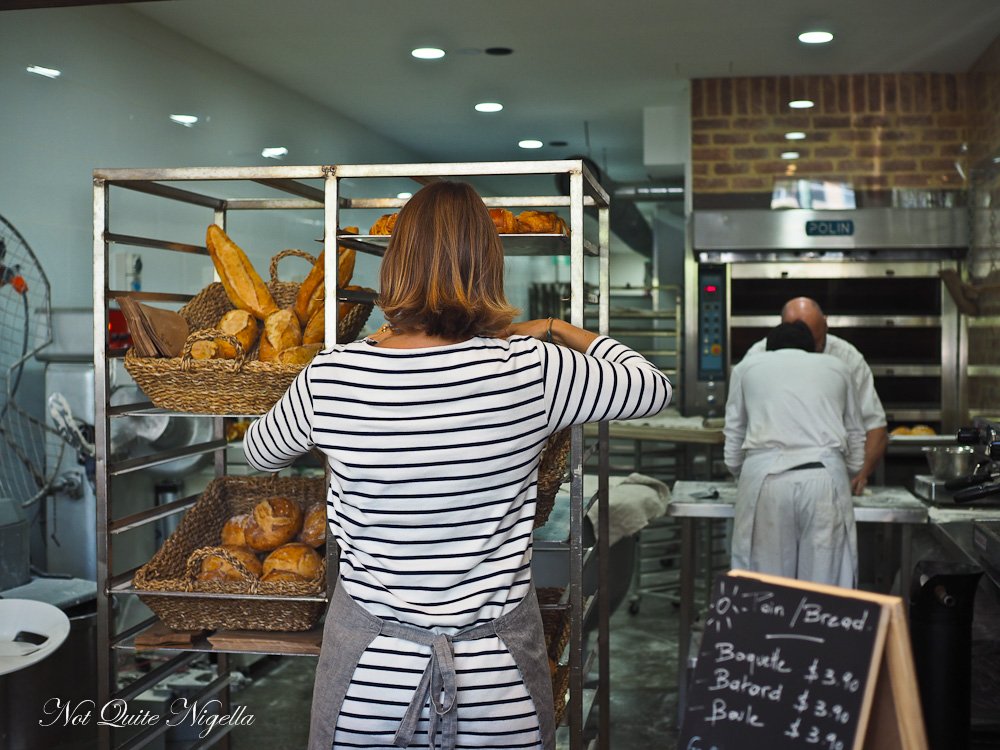