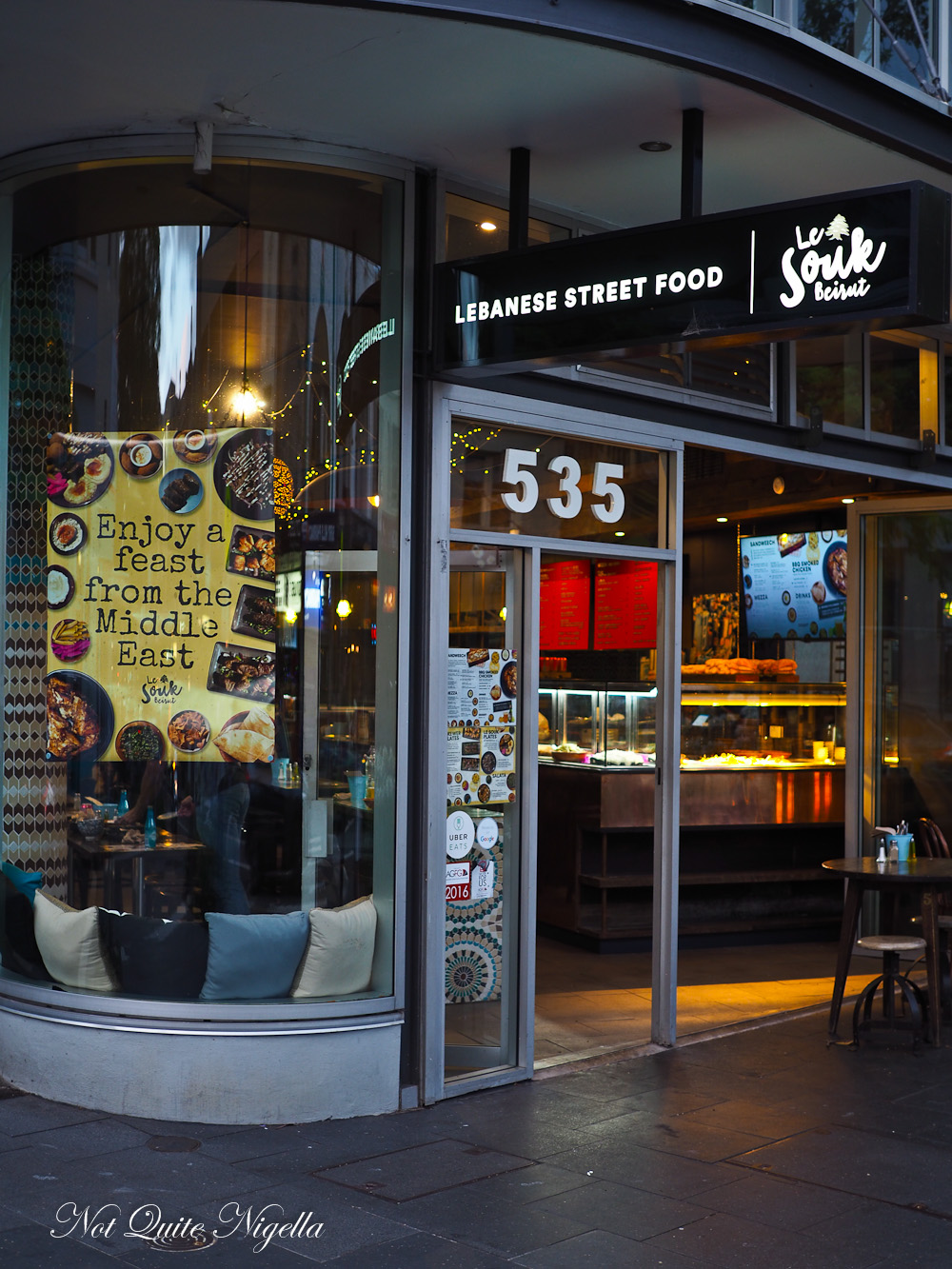 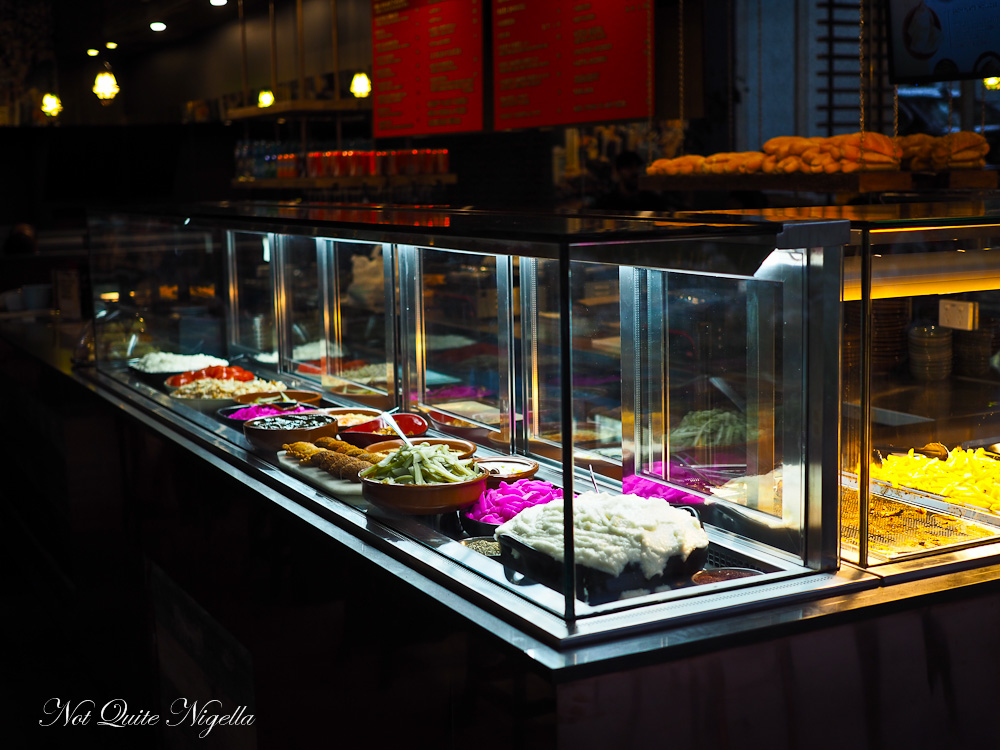 It was an easy Sunday weekend. The calm before the Christmas storm. Mr NQN and I were meeting Viggo and Louise for dinner at Le Souk Beirut just between Devonshire and Cleveland Streets in Surry Hills. There seems to be no shortage of Lebanese food in the area and in the last few months three new places have opened. 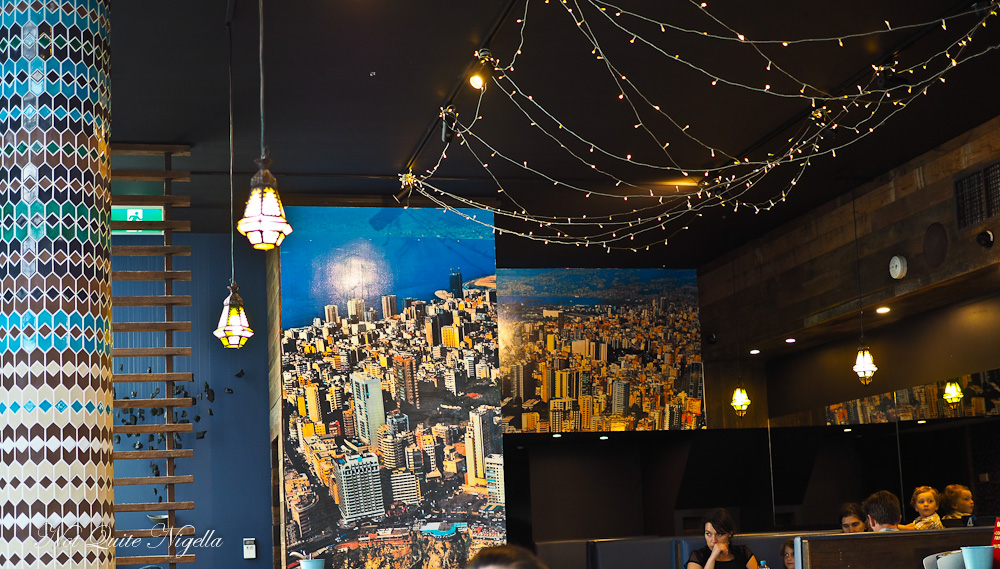 For large groups there are four enormous booths in the back. We're sitting near the front and as Mr NQN and I had arrived a bit earlier we have already assessed what we want to eat so Louise and I go up to the front to order. There are some interesting drinks such as Lebanese beer called Almaza served with a wedge of lemon with a salt rimmed cup and Ayran, the salted yogurt drink. 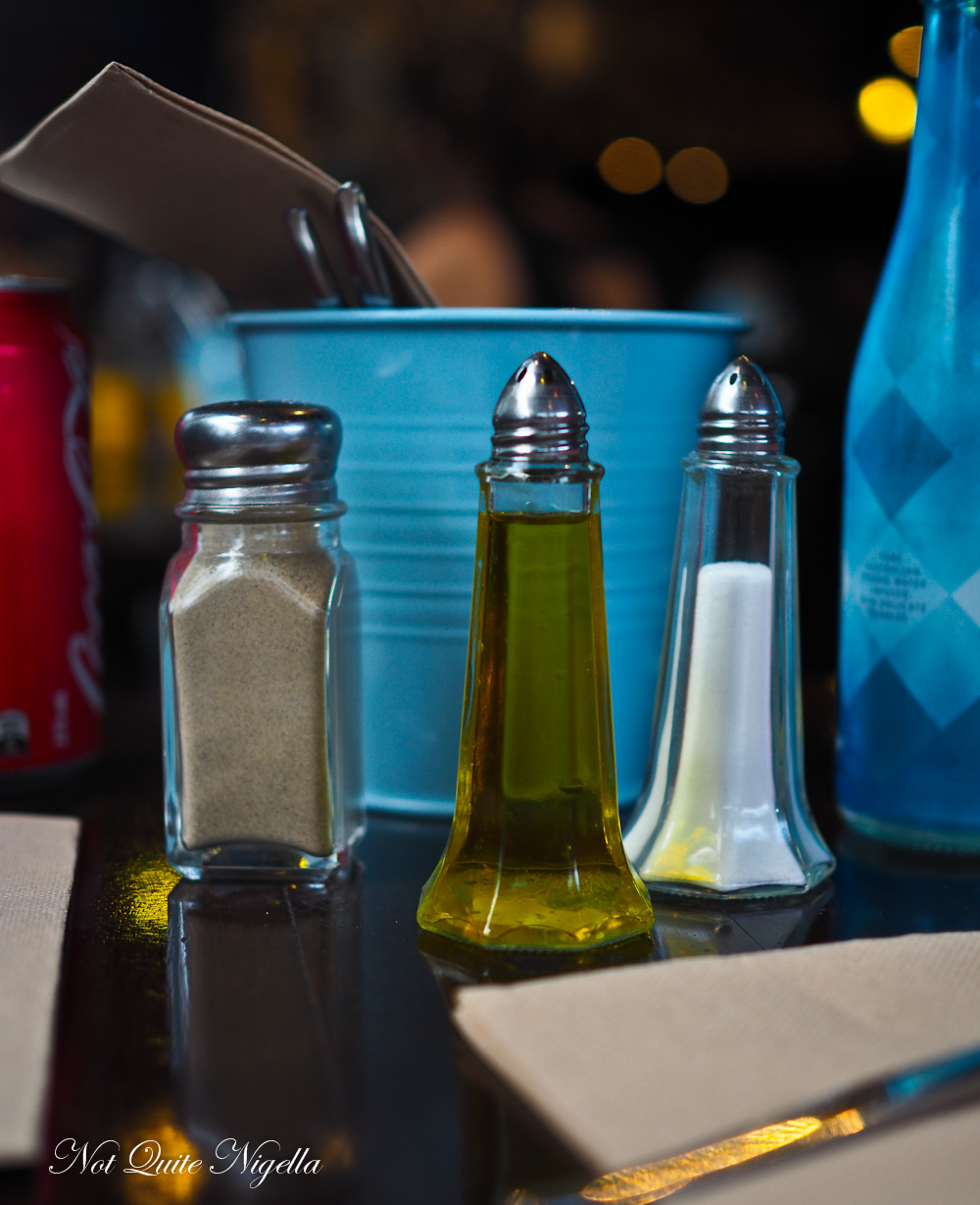 Alas they are out of Ayran and don't yet have a license to sell the beer but all of the food is available. The prices are very good-one plate designed to feed one person could actually feed two with the extras included like bread, dips, salad and pickles. Everything arrives at once so we dig in. 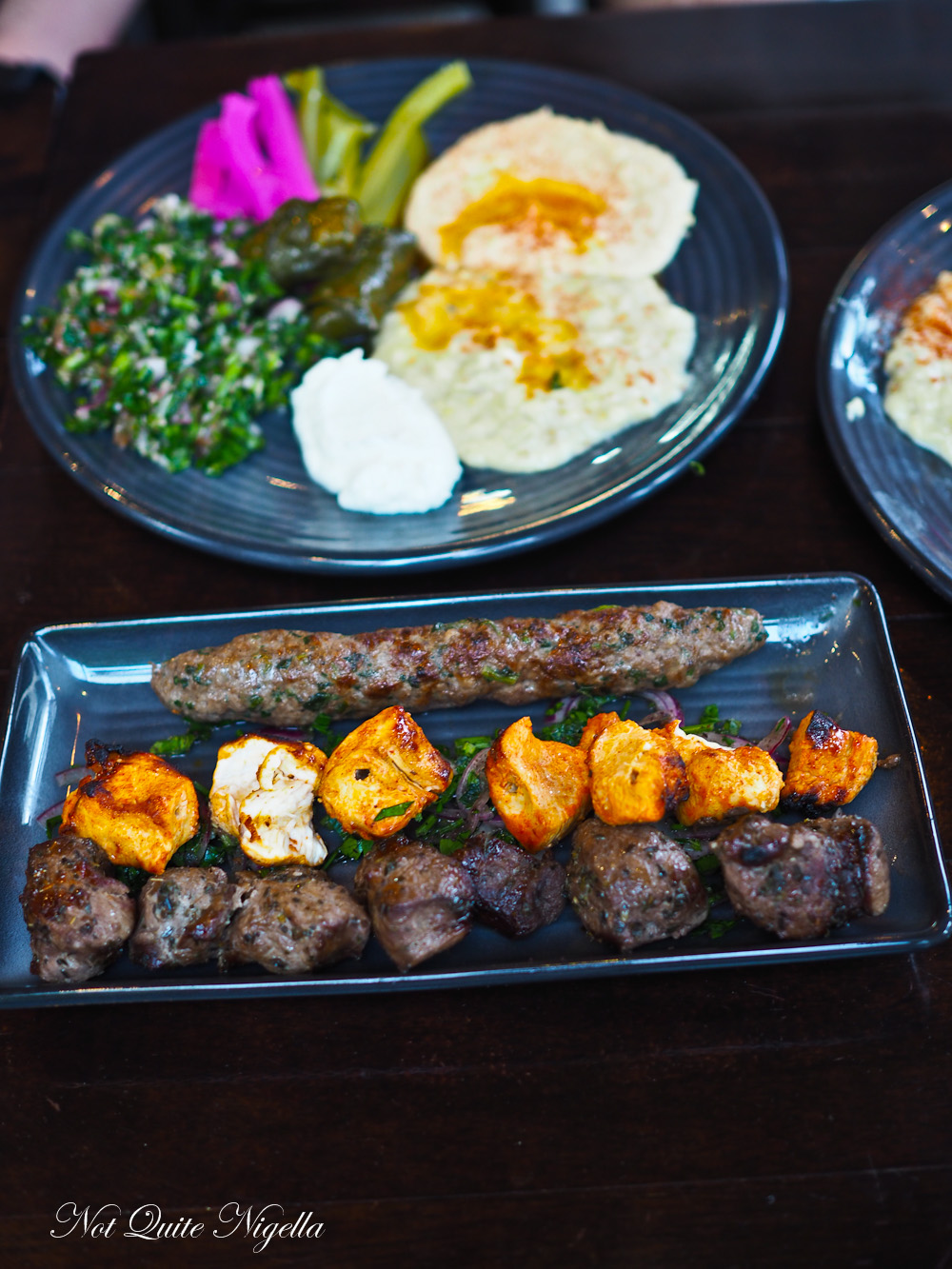 One of my favourite ever dips or spreads is toum, the fluffy white garlic dip. I look at the serve of it. That just won't do, there's simply not enough of it and I could easily polish the serve off in one quick swoop with a curled up quarter of Lebanese bread. But they're very friendly and Wbring some more of it. We take some of the bread and some smokey baba ganoush, creamy hummus and garlicky toum as well as tabouli and fill it with the bbq kofta mince, the smoked bbq chicken and the black pepper beef and feast on this. The chicken and kofta mince are good although the beef is a tad chewy. 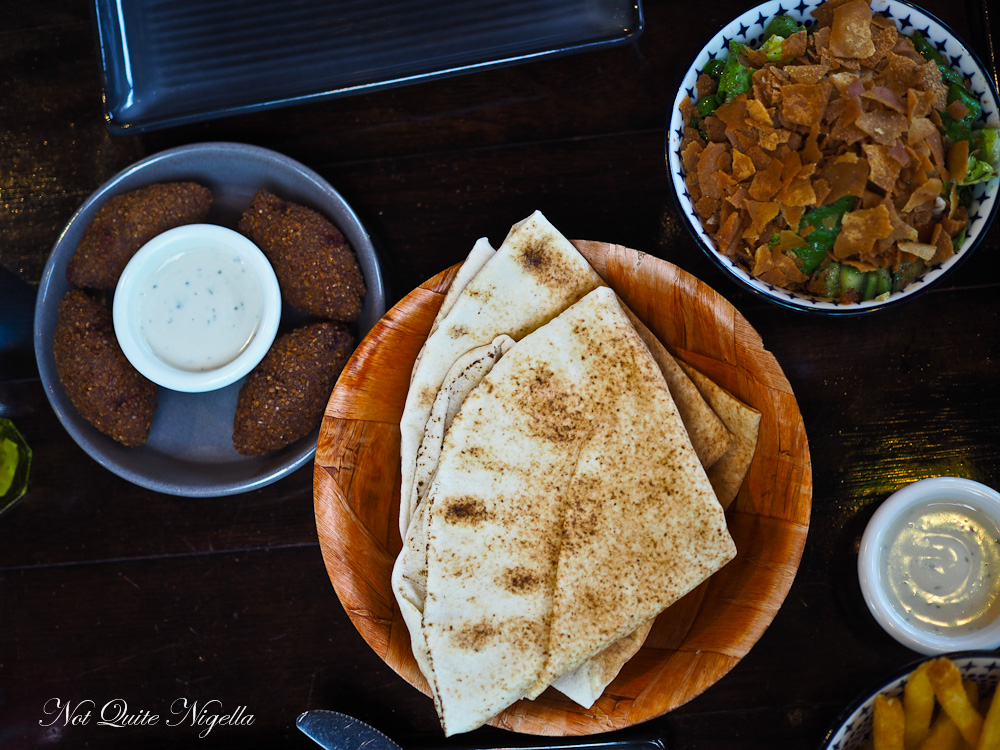 Kibbe is one of those things that I tend to find a bit dry but here they're crunchy good and very moreish. In fact I'm hoping that they deliver because I want to eat these again. They're served with a tahini sauce and are perfect, just wedged in a quarter of the bread. Oh I should mention the bread, it's good but usually it is served in a plastic bag as it crusts over easily. This one isn't so it does feel a bit crusty and not as soft as it can be. 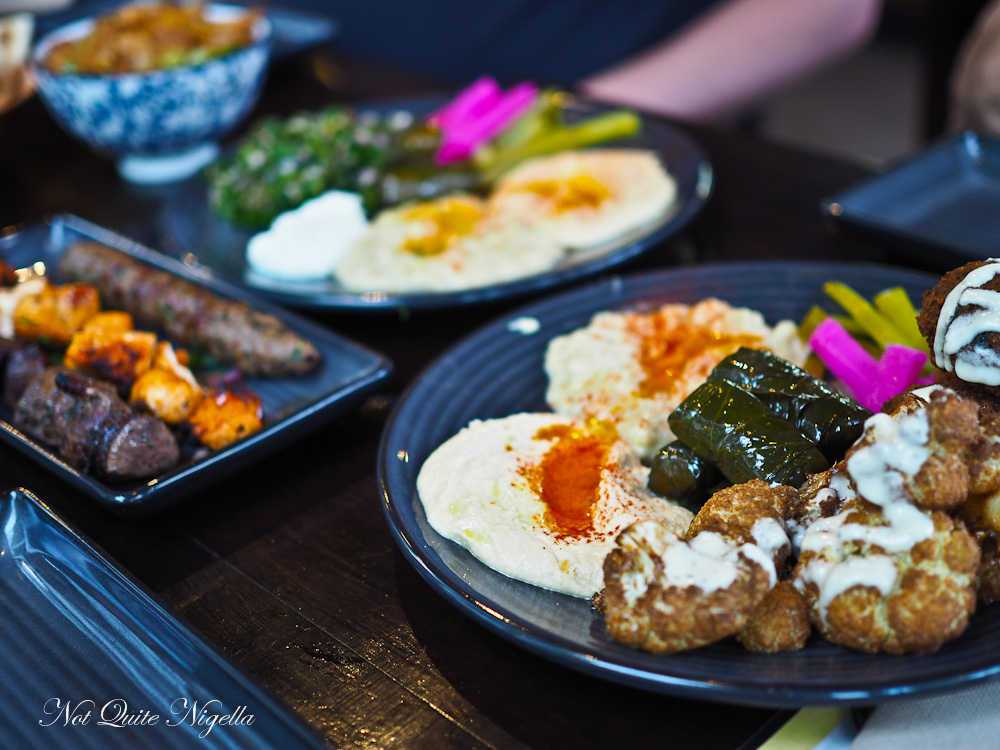 Next I try some of the vegetarian plate which has the same dips and pickles as the meat lovers plate but with crunchy felafel instead. These are also nice and crunchy like the kibbe above. I'd definitely order this again. 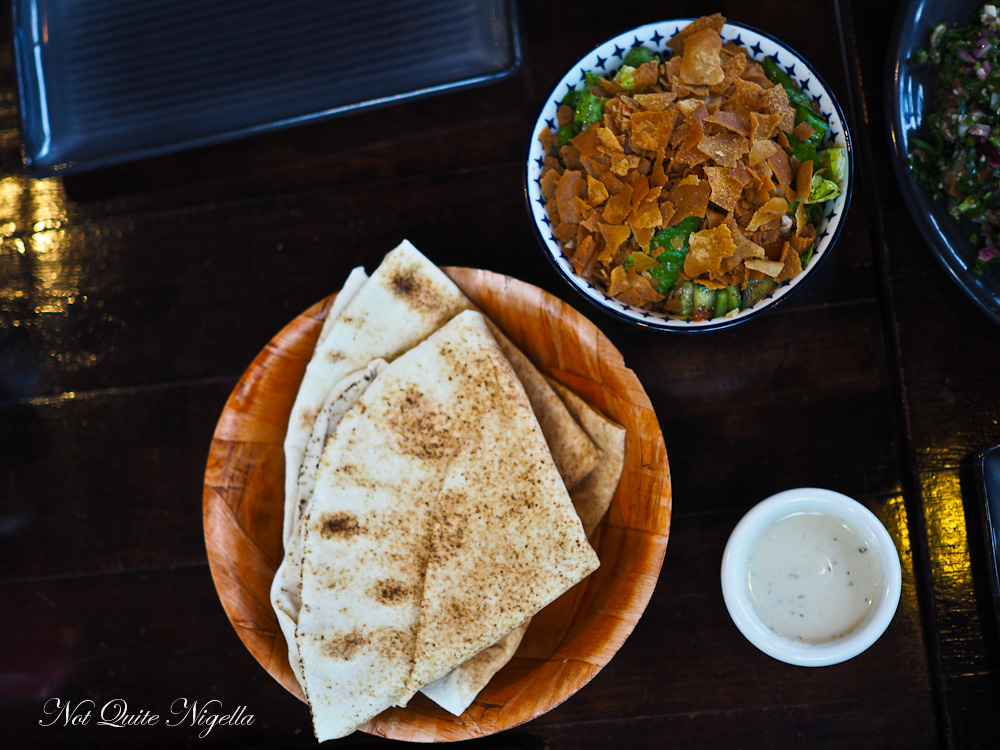 The fattoush salad seen above with the complimentary 3 pieces of Lebanese bread is tangy fresh with pomegranate molasses and crunchy with the fried Lebanese bread. 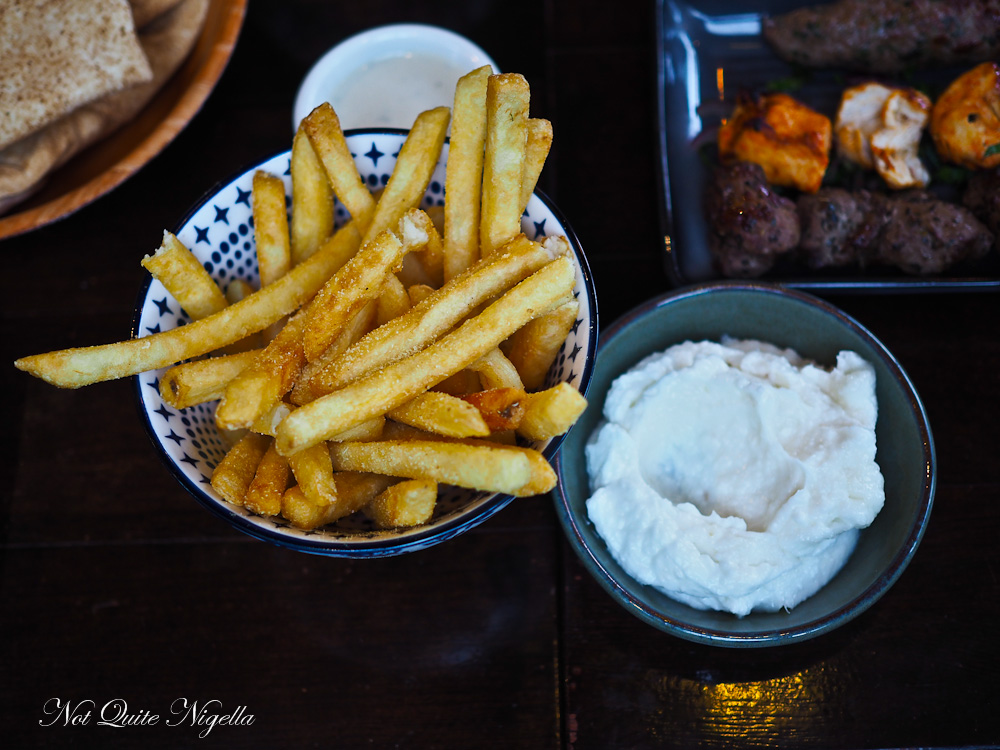 The chips are next, crunchy golden numbers dusted in chicken salt. I dip these in the toum. And then I realise I haven't had the golden roasted cauliflower, taken to a sweet caramelisation stage and then I fish a tasty, fresh dolmade from the vegetarian plate. 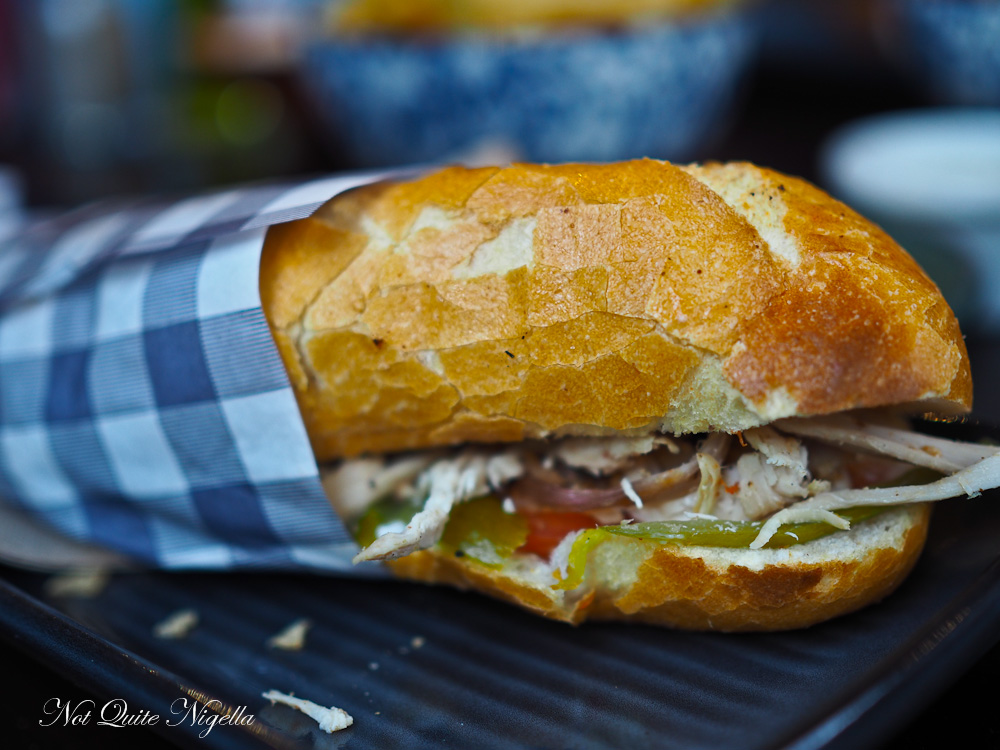 The only thing that we don't really go for is the sandweech. With smokey bbq chicken and a bit of salad it's a tad on the dry side. It is served in a light toasted bun. 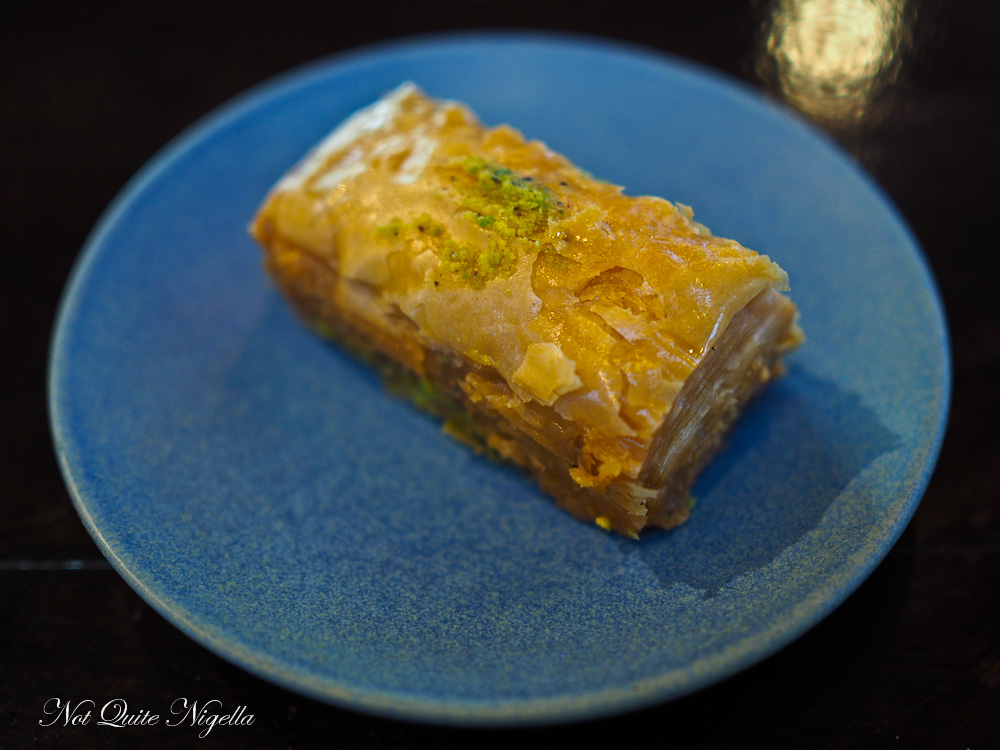 Having eaten our fill of savouries, there is just one option for dessert: baklava. There are several different shapes and we go for a log. It would be lovely to have some tea to go with it but hey for a quick Sunday night dinner we aren't complaining.

So tell me Dear Reader, what is your favourite Lebanese dip? And have you ever tried Lebanese beer or Ayran and if so, what did you think of it? And are you a garlic fan?