16 Fascinating Things You Didn't Know About Hotels From A Hotel Insider! 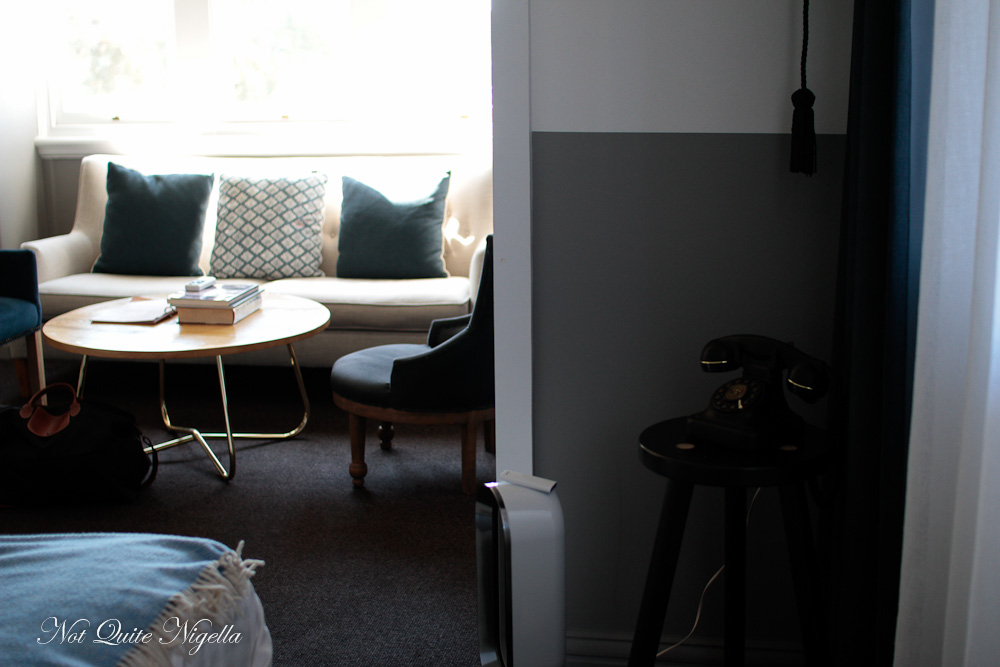 It's no secret that I am fascinated by the hotel business and I jumped at the chance to talk to a Hotel Insider that has worked in luxury hotels across the world. Given her candid responses, she had to remain anonymous but she spilled some very interesting secrets about how hotels work, many secrets that guests don't know about!

1. There's a hotel hierarchy, but guess who works the hardest?

The Hotel Insider: The General Manager is at the top and I would probably say the dishwasher is at the bottom. Who works harder...probably the dishwasher because it's a non stop job and they honestly don't get enough credit for the work they do. Nobody ever wants to pitch in to help them, it's a messy job and hats off to them. Most employees don't overly like their GM's as they aren't often hands on and criticize a lot instead of jumping in and getting their hands dirty. 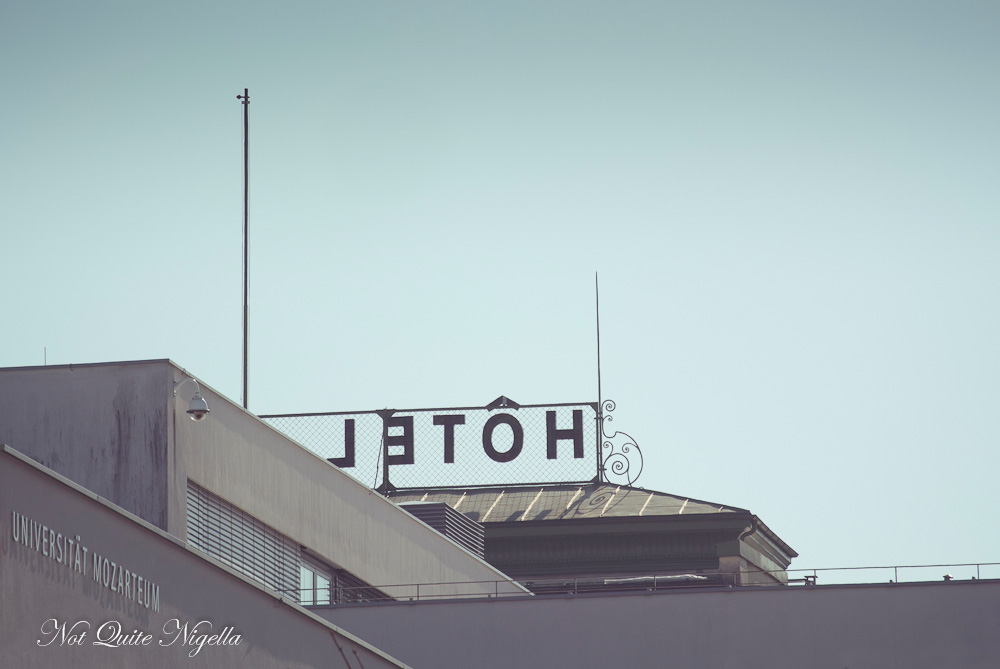 2. Celebrities really are special! Some even bring their own sheets.

The Hotel Insider: I've met so many celebrities over my years of working in Hotels. From Ozzy Osborne, Paul Anka, John Travolta (brings in his own sheets), Lorde, the one and only Prince (with his Toronto Maple Leafs hat and platform knee high boots with his tight pants), the Dalai Lama, Angelina Jolie and so many more. 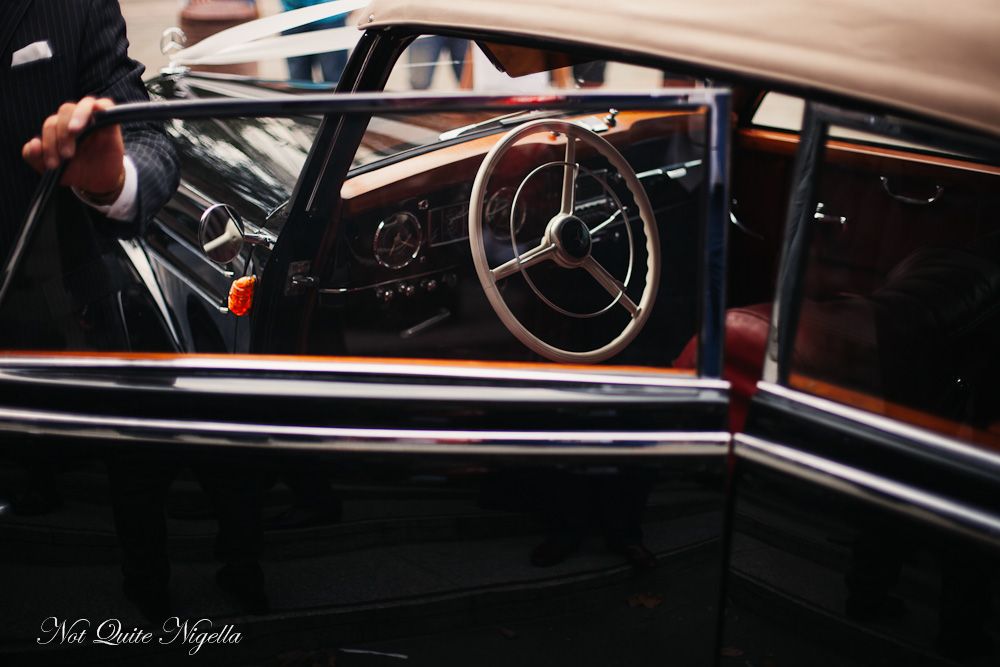 But the one that sticks to mind after all these years is Drew Barrymore coming to the Front Desk. By the way she is very short and could barely see over the desk. She had a brush in her hair and was like "Hi girls". She was just a completely normal person. Her and Tom (Green, former husband) went to the lounge and we had a band playing. Tom asked if he could play the drums. The drummer was like no they are brand new, after a while of begging the drummer was like ok. I am pretty sure the drums had dents in them when he finished. They were then caught in the early hours of the morning having a food fight in the kitchen lol.

Most times celebrities aren't staying under their names, they use an alias. Only those who have to deal with them will and it's usually the Duty Manager. They get escorted via the VIP elevator so they aren't seen by anyone or the paparazzi.

Pretty much all celebrities have a long list of preferences which are sent through from their PA. Things like "Minibar needs to be stocked with specific brands of water, coca cola only etc etc."

3. What sort of celebrity books out the whole floor?

The Hotel Insider: Angelina Jolie booked the entire floor. Mostly they will book a suite and have the rooms closest to them with security at the door depending on who they are. 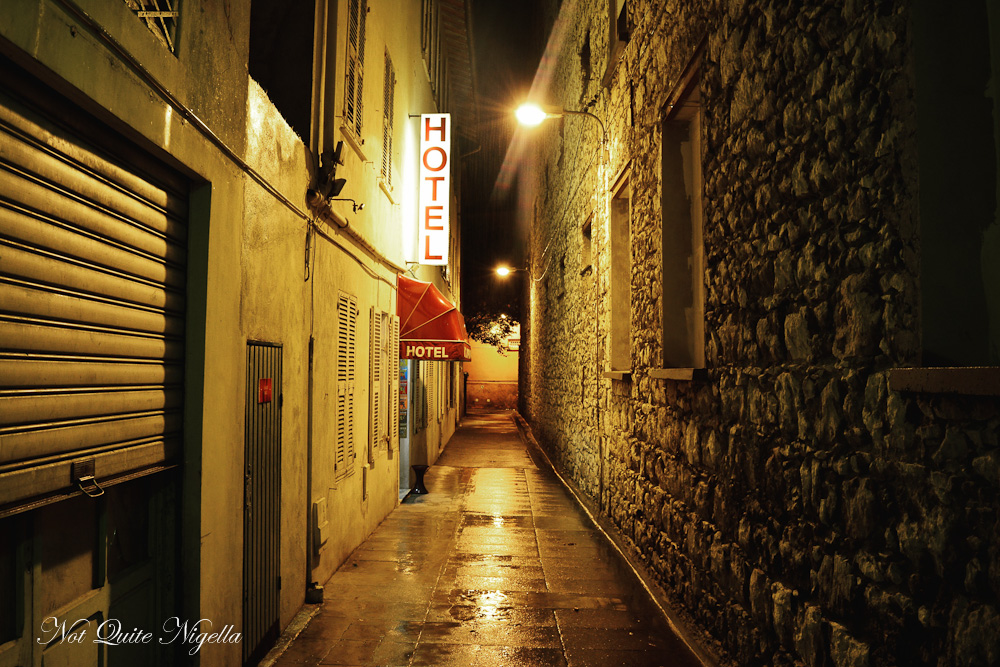 4. How a guest acts depends on how much they've paid for their room!

The Hotel Insider: Let's just say when your rates drop you get a completely different type of guest. The type that have higher expectations than any celebrity. When it comes to F&B everyone is a Master Chef and think they know the way the food should be. As we say, the bogans come out and nobody wants to work when the rates are low. It's a constant battle between the Rooms and Revenue teams.

5. Who is most likely to take all the toiletries?

The Hotel Insider: Toiletries are there for the taking, but of course they aren't cheap products like they used to be. The culture will depend on who takes the toiletries.

Asian guests generally will take everything they can and most times will call Front Desk and ask for extras. Especially dental and shaving kits. This is possibly because in Asia all these amenities are already in the rooms and costs are so low there. In Australia everything is so expensive, many hotels just have basic amenities in the room and if you want a dental or shaving kit you call and request it. 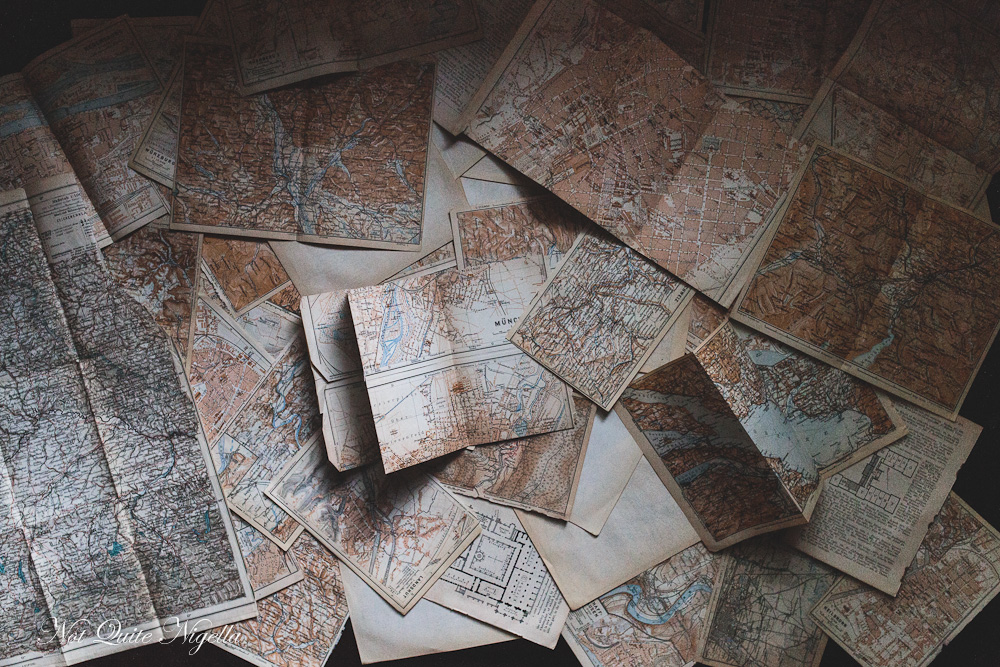 6. How do they get rid of creepy crawlies?

The Hotel Insider: Thorough cleaning daily eliminates pests. Ecolab usually comes to hotels every month to spray in public areas of the hotel. If a claim is made for bed bugs then it's thoroughly investigated with Pest Control who comes on site and does an inspection of the room. Room Service trays shouldn't be left outside of the rooms for longer then 1 hour. If the department is following their procedures and checklist, they should be returning to the room 45 minutes to 1 hour after the guest was delivered their meal. 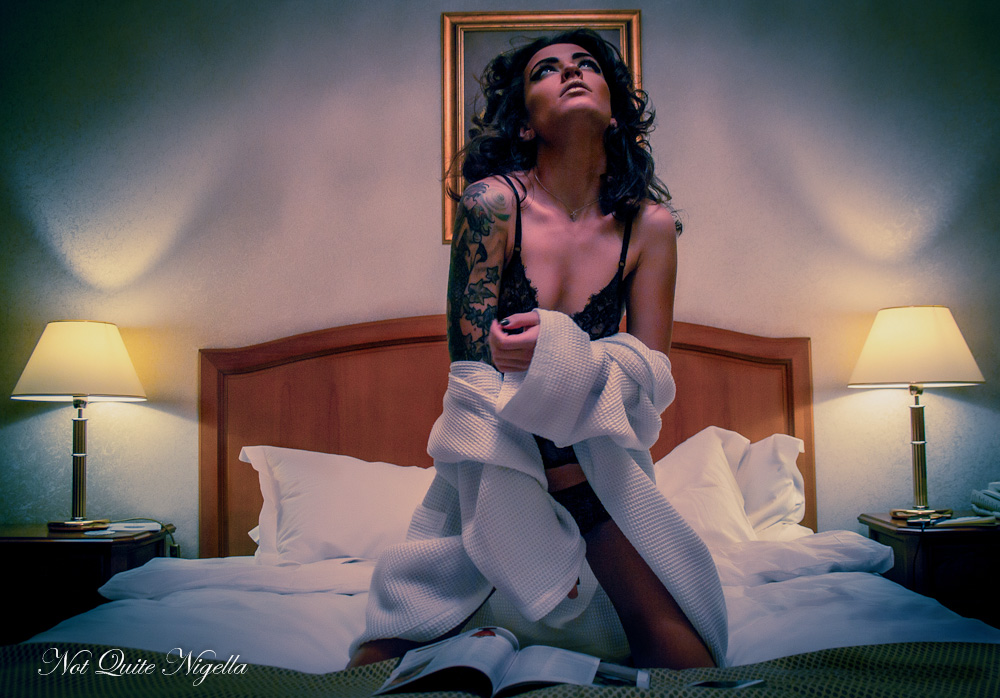 7. Expect the unexpected with "overnight friends"

The Hotel Insider: This is something you see mostly when working the overnight shift. Sometimes there's a bit of bet on whether it's a man or women or he/she. You'd be surprised on the type of person who makes these sorts of requests.

8. Housekeeping are talking about you! 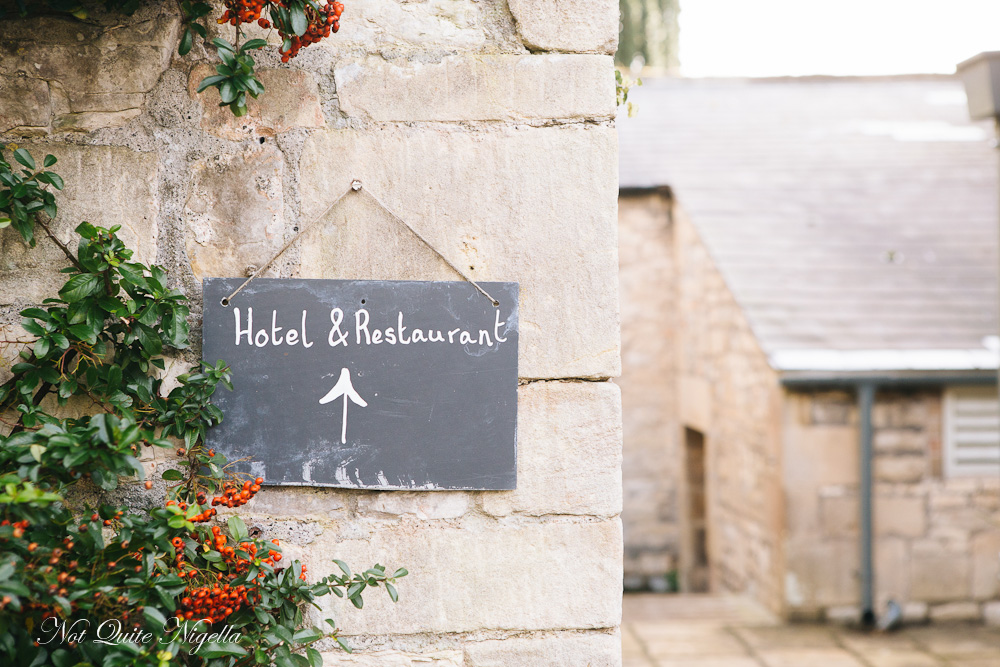 9. Why is the minibar so expensive?

The Hotel Insider: Minibar is a loss of revenue centre. You make zero profit on the minibar and this is why the cost is so high - it's to compensate for all those guests who are dishonest about having taken items from the minibar. Some hotels won't charge if the items are below $10, some hotels email each guest who consumed minibar items and didn't declare on departure and some hotels charge and wait for a response from the guest.

10. How to cheat the minibar system

The Hotel Insider: One of the things that seems to be happening nowadays is refilling the beer bottles with water. Housekeeping check the minibar but it's a bit harder to notice the bottle caps. 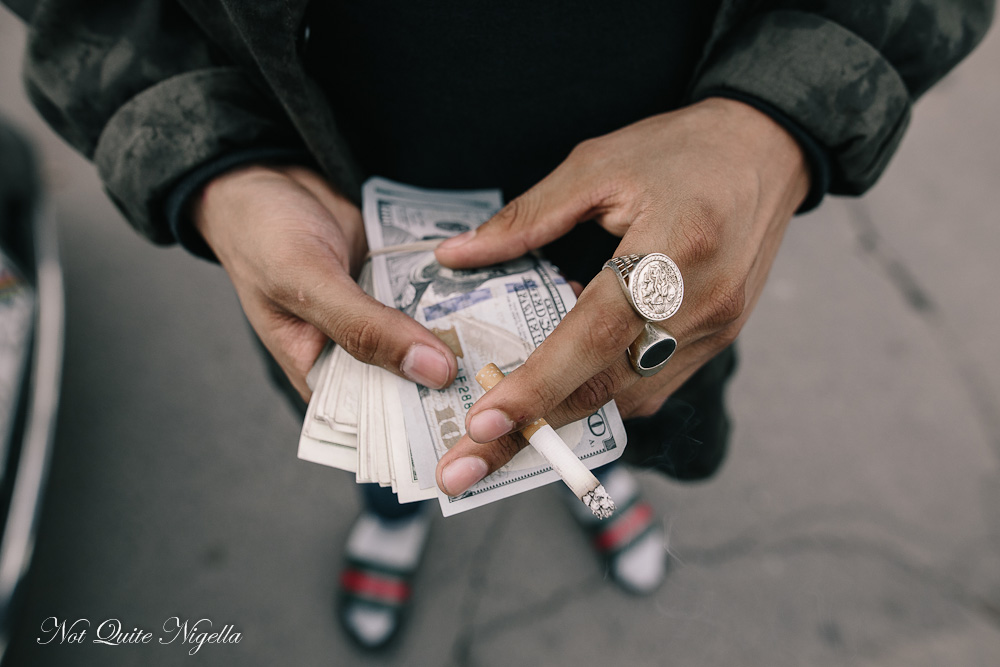 11. Tipping and which staff member most often gets stiffed on the tip?

The Hotel Insider: In North America tipping is usually 20%. People still tip about $2 when you bring luggage or a valet'd car to the front. $5 is appreciated for luggage delivery or bringing the car around. And some people are huge tippers and appreciate good service. Interestingly enough, many people don't leave a tip for the maid.

The Hotel Insider: My first concert was Ozzy Osborne. I got 4 free tickets from his manager as his people forgot to book the manager a room. Once I got him all sorted with a room, he offered me comp tickets and asked me how many tickets I wanted. My mind was like 'Be polite and say 2' and my mouth was like....'Ahhhhh 4?' 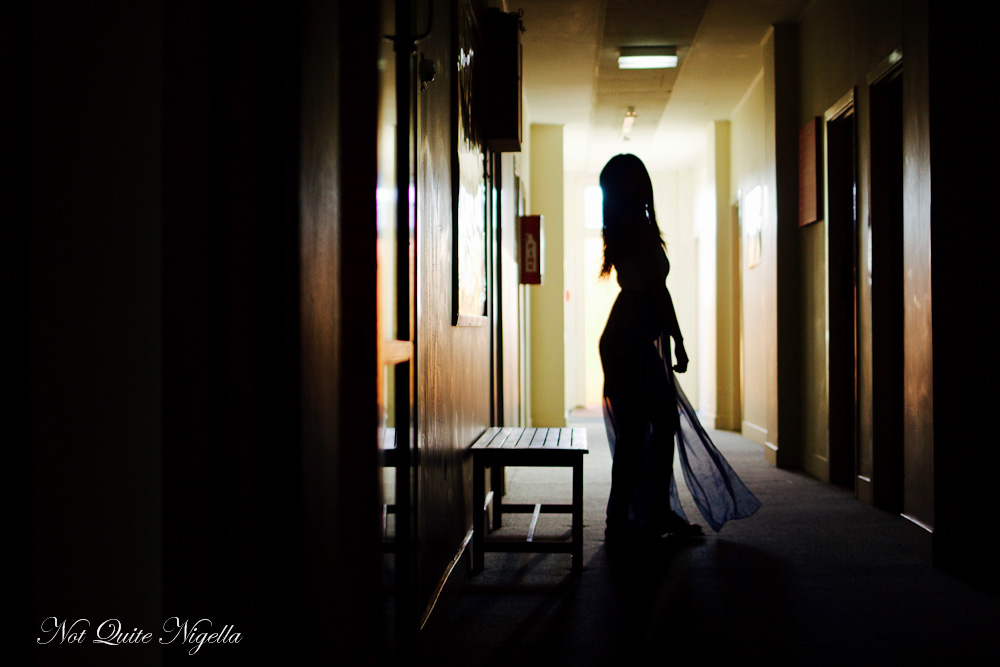 13. The Concierge's relationship with restaurants

The Hotel Insider: If you are constantly sending guests to a restaurant, the restaurant will always find a table for your guests. The restaurants often reward the concierge as well by inviting them for dinner to keep that great relationship.

14. And what happens when things go really, really bad...

The Hotel Insider: It's never pleasant finding someone dead in the room, and of course it's always the housekeeper who finds them. The ambulance is contacted immediately by the Duty Manager or Hotel Manager. Housekeepers don't feel comfortable cleaning the room later as they all remember that that was the death room. Sometimes they'll go in as a pair and do it together - spirits and stuff creep people out. 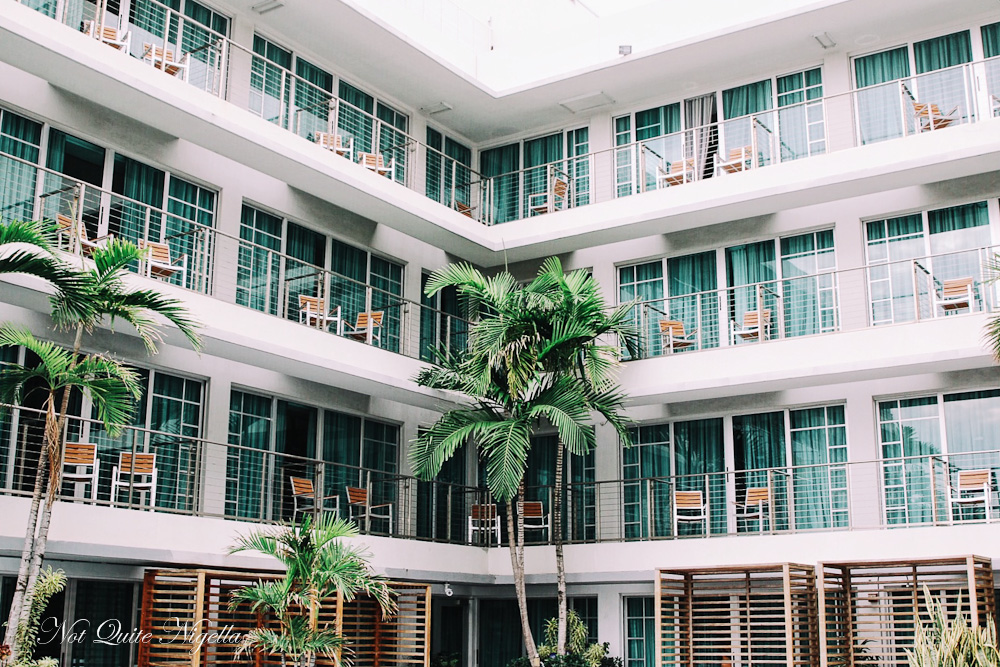 15. How in room theft is deal with

The Hotel Insider: A door lock investigation occurs that shows who entered the room as most hotels have electronic keys now. These systems will show who entered the room and if the door was opened from the inside or outside. All staff have a key which is linked to their name. There's an Innkeepers Act that is followed for each state as well that has a lot of info.

16. And the time she met a member of one of her favourite bands...

The Hotel Insider: I still recall getting a phone call when I was the night manager, from a guest upset that the room next door were being "noisy" - she was quite diplomatic about it all. I checked to see who the guest was who was registered and realised it was Tommy Lee from Mötley Crüe (one of my favourite bands). I went to the floor he was staying on and made my way to the room and was tempted to knock. I laughed and decided 'nah this is too funny' and went back to the Front Desk. I was 22 years old at the time and thought to myself, 'He'll probably walk out naked without a care in the world'. Many people are too embarrassed to even call and complain...they just hope and pray it's a short ride :)

So tell me Dear Reader, which tip did you find the most interesting? And if you're an insider in hospitality that can spill the beans on your job please let me know!