Six Lunches, Six People: What Do You Eat For Lunch? 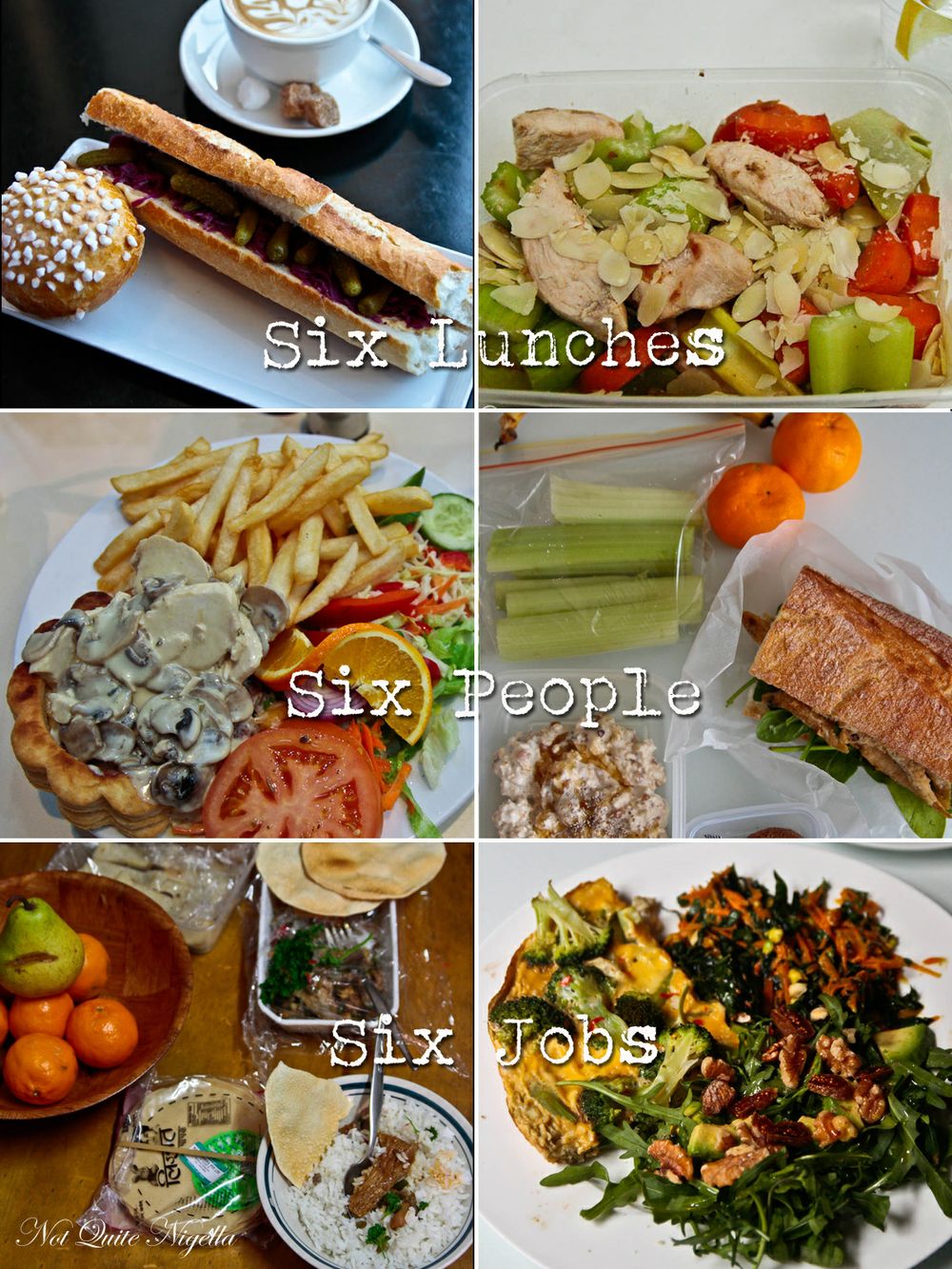 The saying goes that "You are what you eat" and if I were to turn the magnifying glass on myself, I guess that would mean that I am occasionally healthy, given to splurging with an insane sweet tooth (made worse by a compulsion to bake cakes and sweets at any hour). I think it's somewhat true that you can tell a lot about a person by what they eat, much in the same way that you may take a peek at someone's supermarket trolley and draw a conclusion about their eating habits and lifestyle.

A couple of months ago, I did a story about what I eat in a typical week. Comments came in about what people ate and in turn I wanted to know a bit more about what their meals, particularly that of people that have interesting jobs that may labour under stereotypes. So I decided to explore what a group of six people eat for lunch-I chose lunch because dinners can vary wildly if mine are any indication and lunch often follows a pattern and could tell us more about these people and their jobs. So Dear Reader, see if you can match up the person to their lunch! 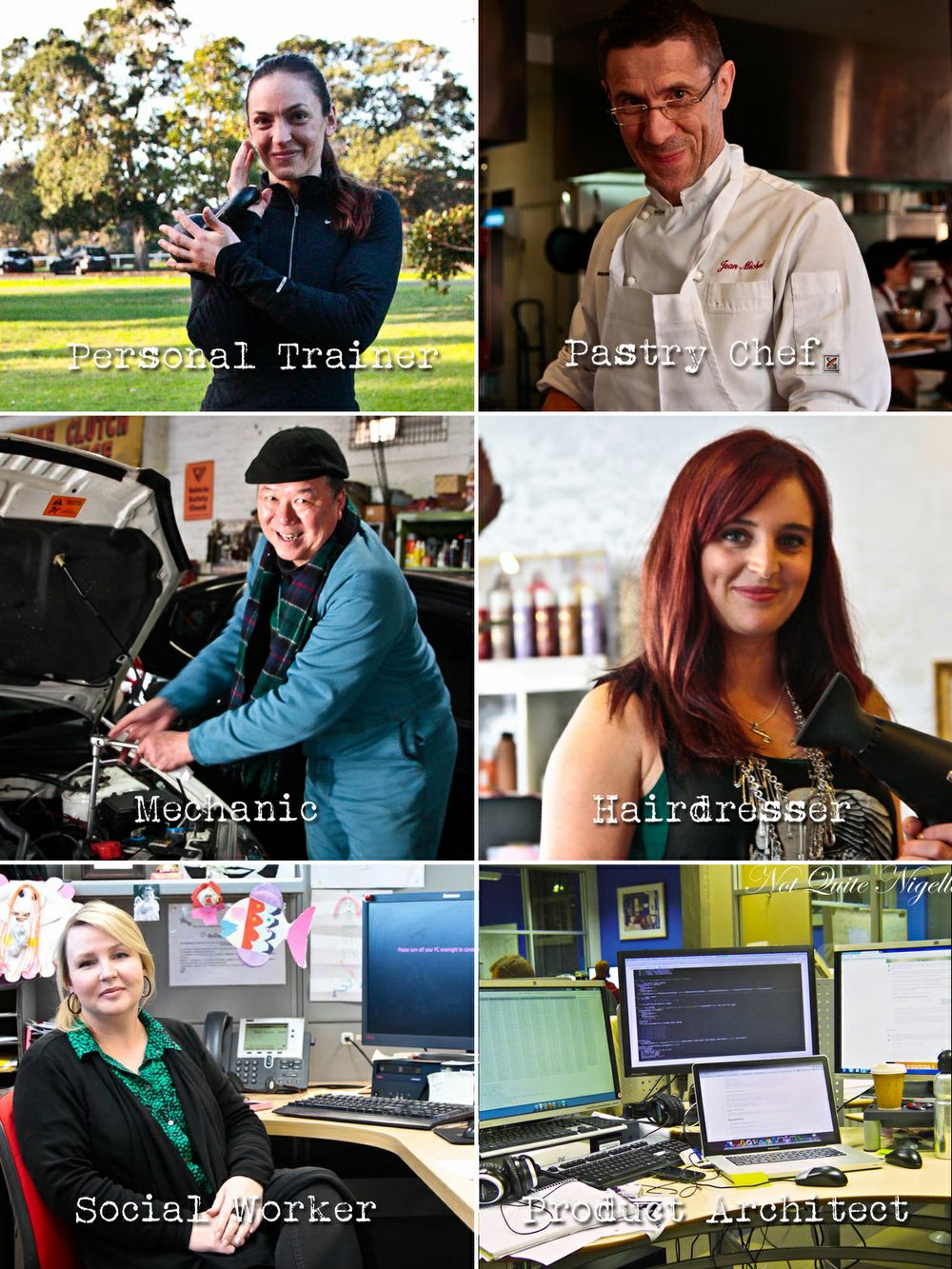 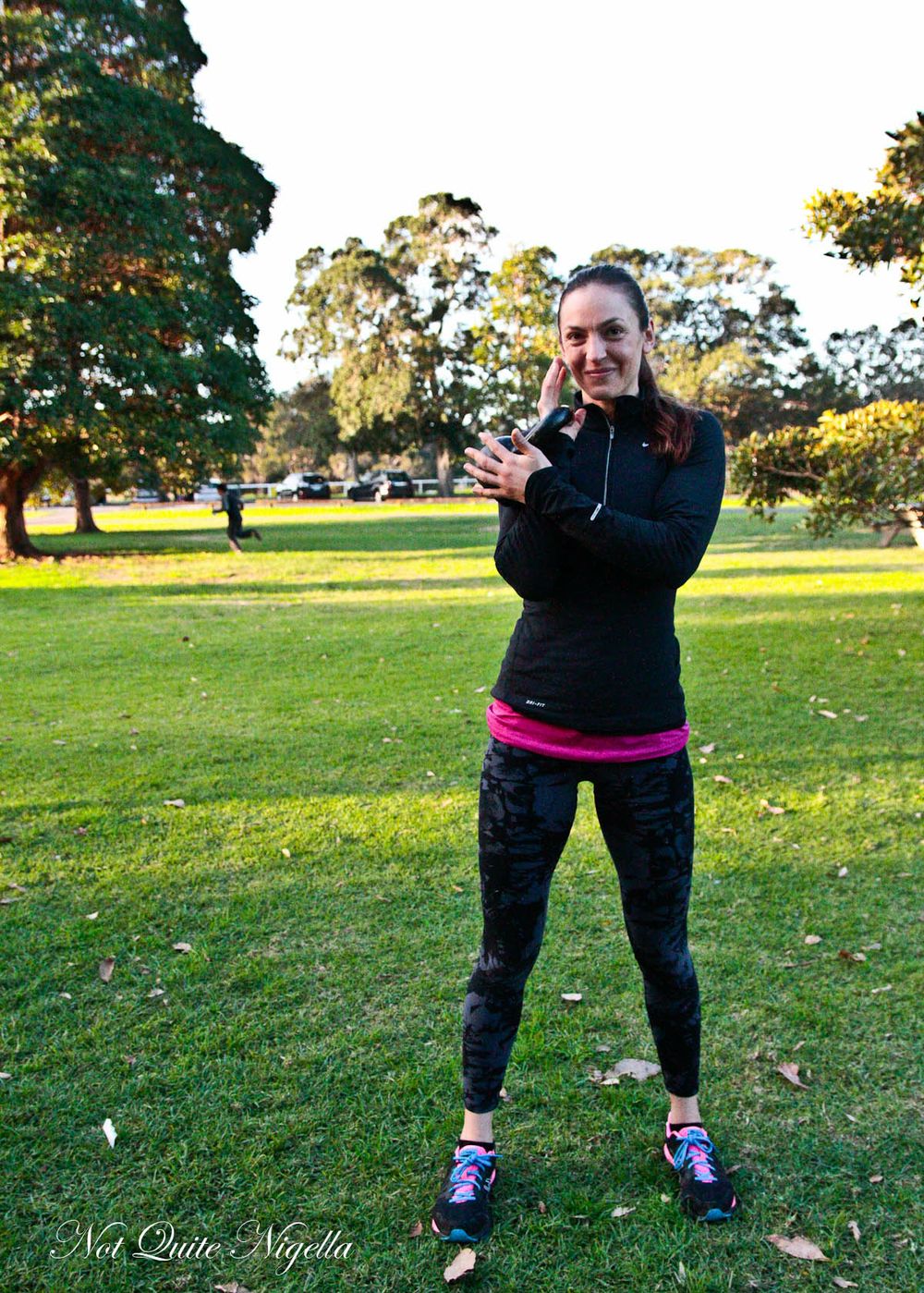 Nina's interest in food and fitness started as a teenager where she entered triathlons, practised karate and by the tender age of 15 she had her own personal trainer. Moving to Australia five years ago from her native country of South Africa she works as a personal trainer. Nina is careful about what she eats and researches all of her food for nutritional value and health benefits. She often finds dining out to be a minefield and prefers to eat at home because of this in case she is confronted as she was recently with a spread of deep fried food. Nina tells us that her diet is higher in fat than most but the fats are derived from coconut oil, nuts or avocado. Her protein sources are from tofu, nuts and eggs. "I'm a vegetarian for ethical reasons although I do believe that meat is an important part of a healthy diet." 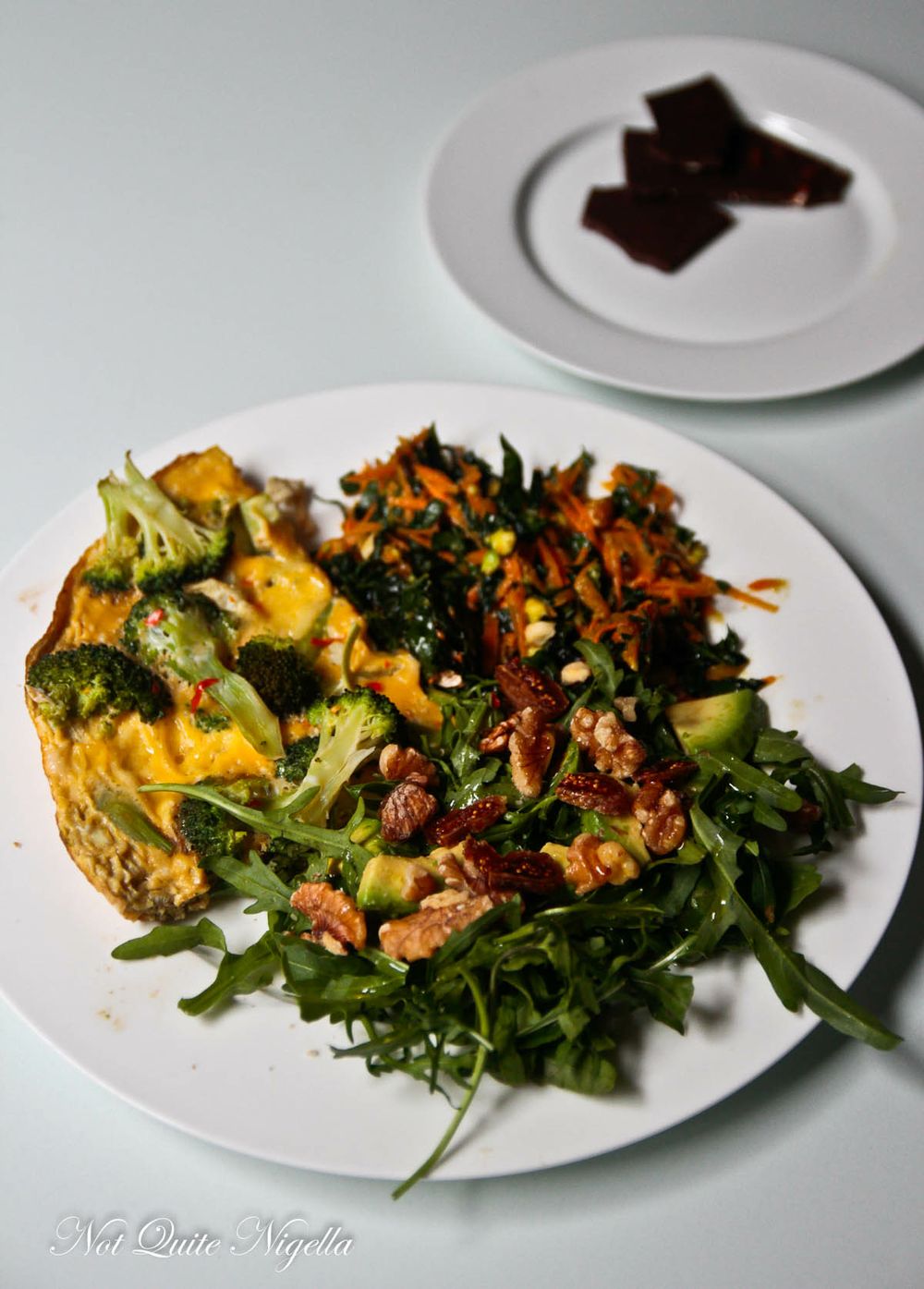 Her lunch is usually eaten at home and today's consists of a kale omelette, kale salad and rocket with nuts and avocado. With a mostly organic diet, the shopping bill is $250 per fortnight for her and her live in boyfriend. Her only habit? Her home made dark bittersweet chocolate made with organic cocoa butter, organic cocoa powder, chia seeds and a touch of honey. Sunday night is splurge night where she will order a gluten free pizza and she also enjoys a glass of red wine. She will even occasionally eat a piece of cake. "But I'll only eat it on Sundays!" she says. 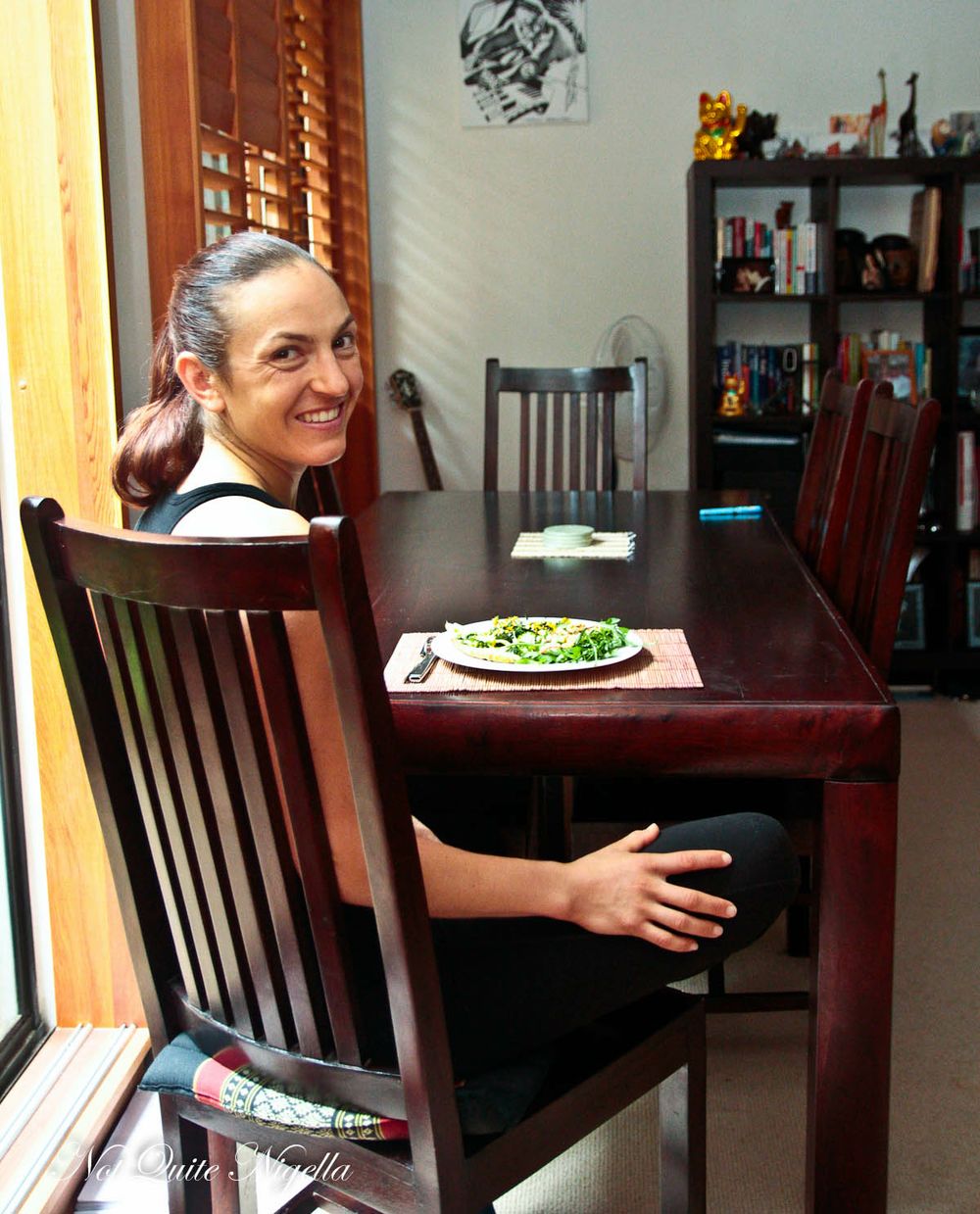 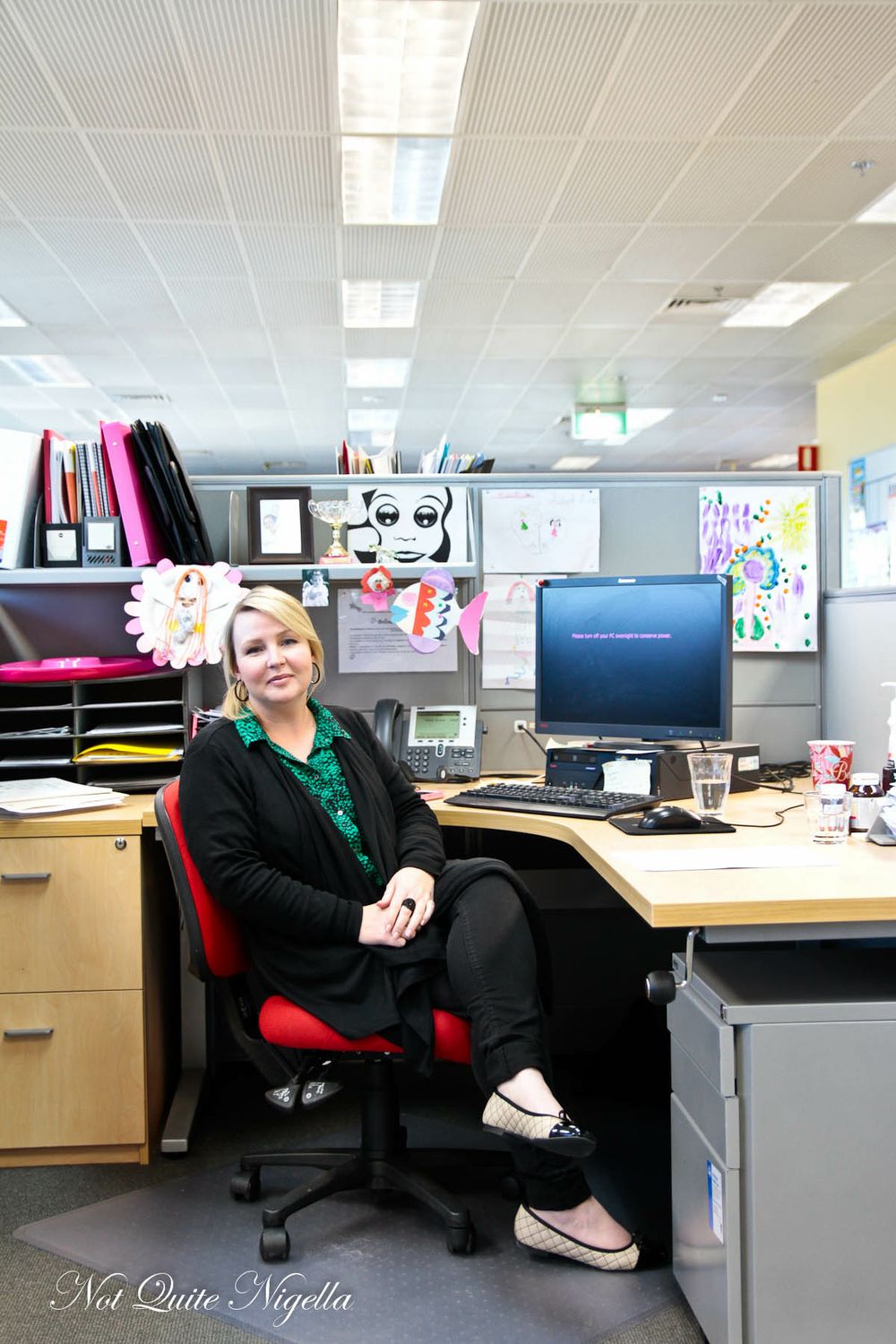 Belinda's job is a challenging one. In her role as a social worker, a day may involve court cases, removing children from their family and witnessing mistreatment of children first hand. As a result Belinda and her colleagues are a tightly knit bunch that congregate over regular multicultural bring a plate lunches. Food is a large part of the group of mostly female social workers and they always try and make time for dinner. This provides more energy than sustenance but also the chance to discuss cases and to offload to others that understand. 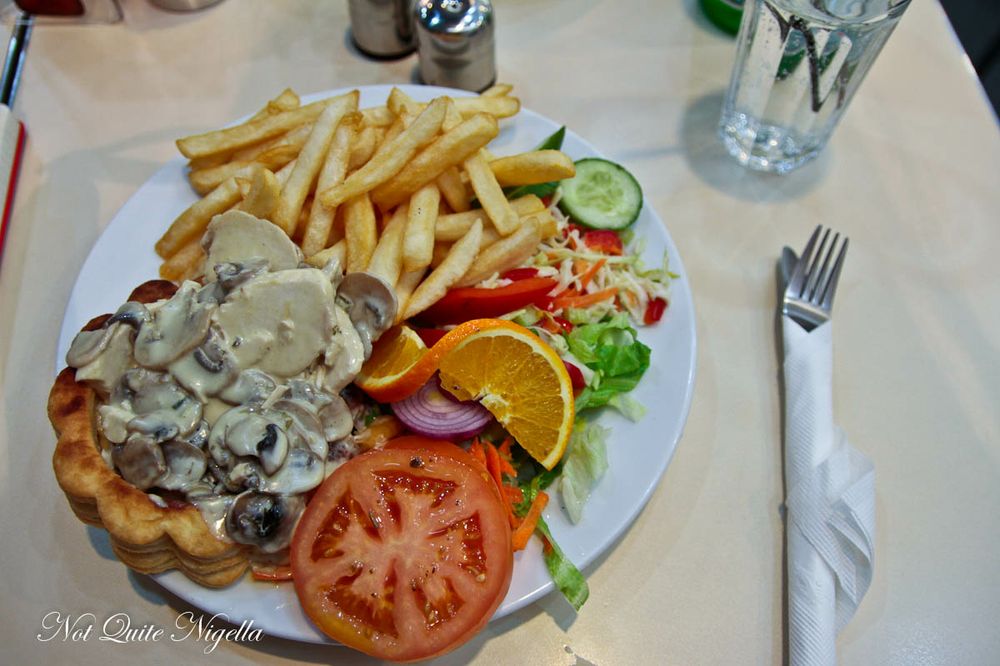 As her offices are in Bankstown, the choice of cuisine is varied. She explains that one side of Bankstown is distinctly Lebanese while the other is Chinese and Vietnamese so each day she and her colleagues have lunch out at one of the local places. It's never the same food twice in a row and today's choice is one that offers her comfort in nostalgia. At a local coffee shop she orders a creamy chicken and mushroom vol au vent that comes with chips and salad as well as a plate of fries which comes topped with bacon, grated tasty cheese and two enormous ice cream sized scoops of sour cream. A plastic canister of chicken salt is furnished and the glowing yellow granules flavour the chips further. This would usually be split between her and her colleagues. 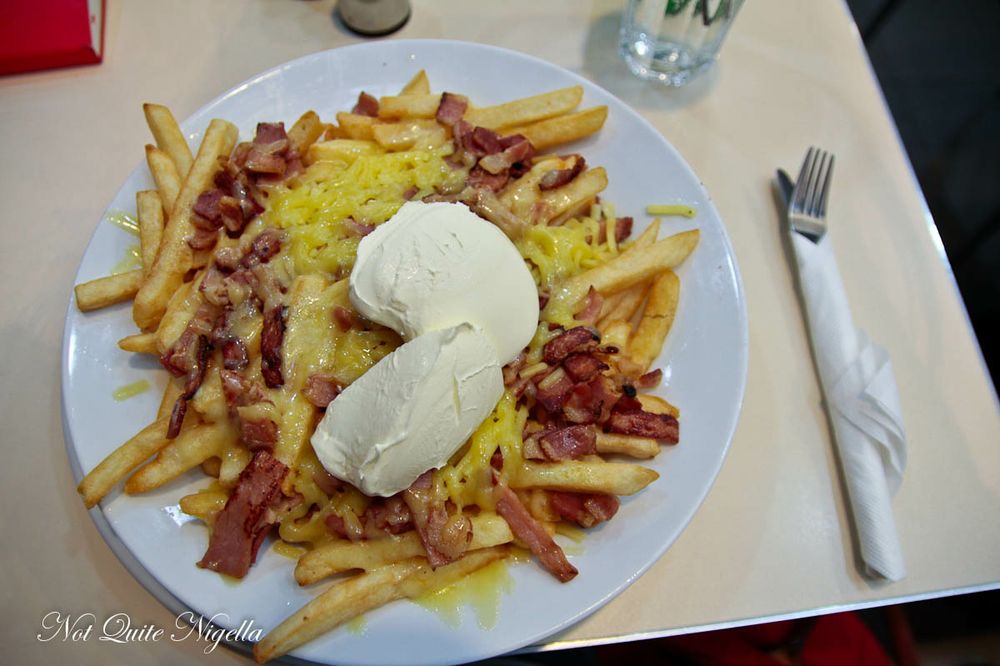 And dessert? "Not if we've ordered those chips" she says laughing. 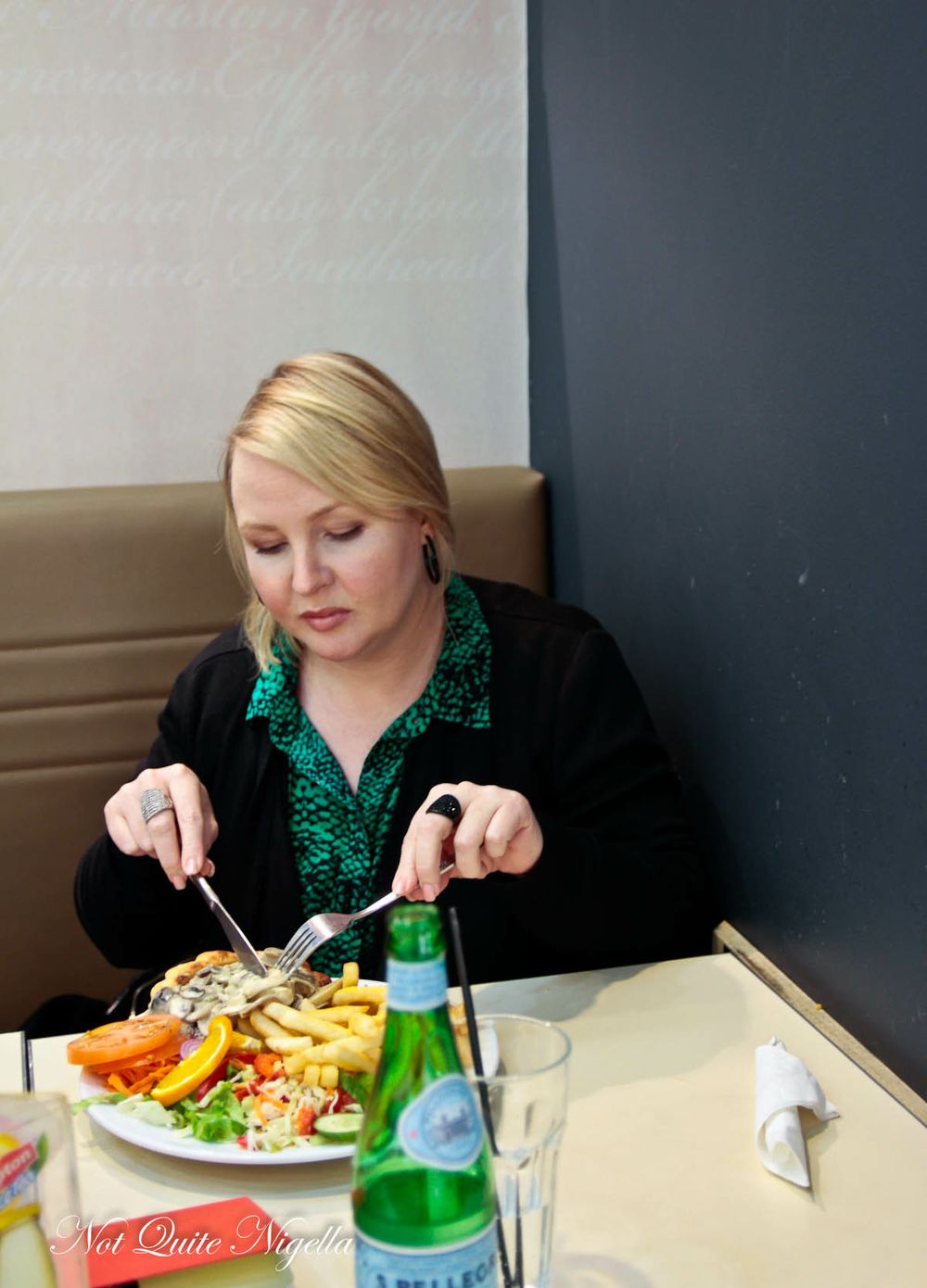 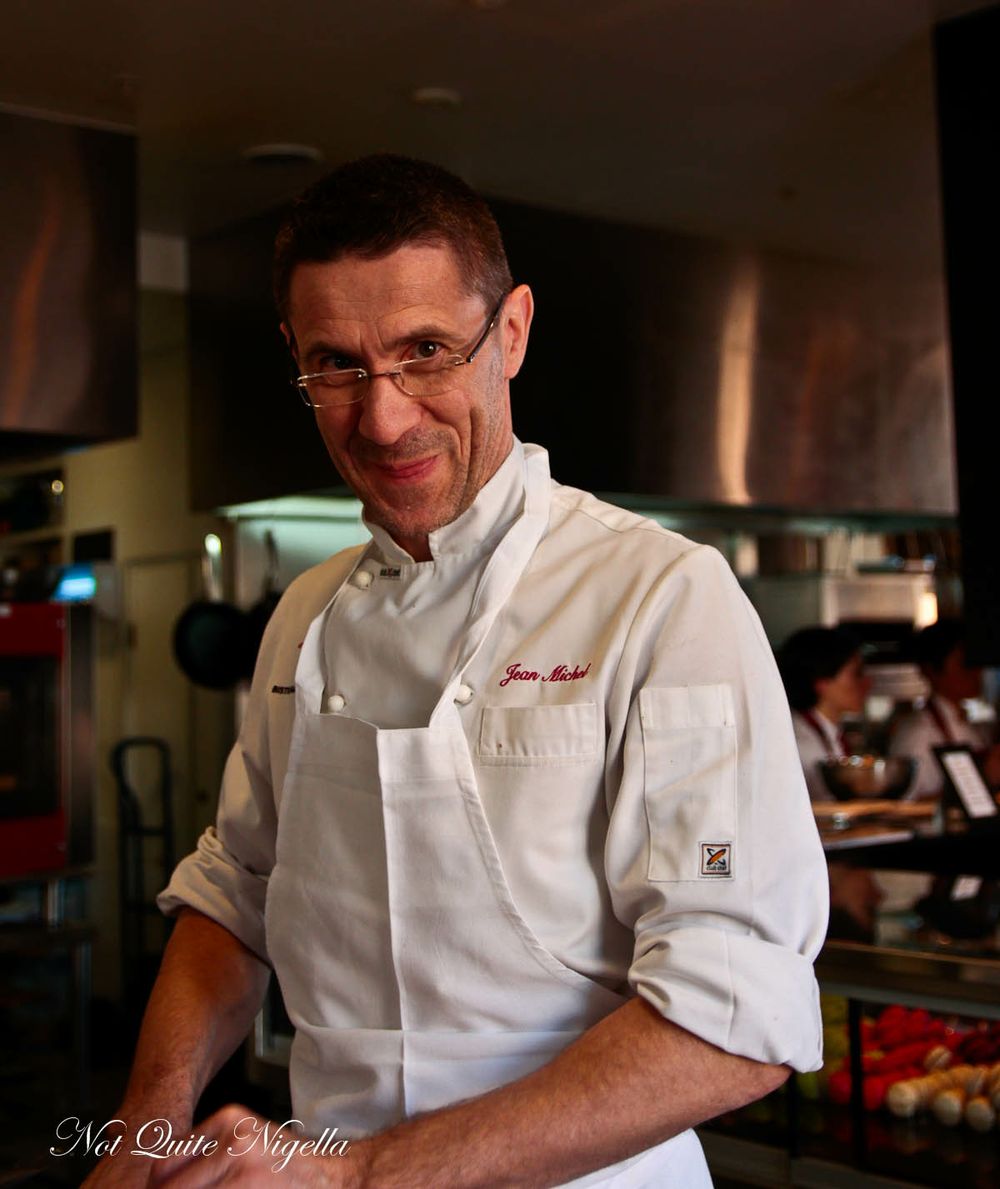 Executive Pastry Chef at Baroque Bistro, Jean Michel Raynaud is surrounded by dreamy pastries, colourful macarons and exquisite sweets every day of the working week. "There is so much sugar in the air" he says and as a result, he craves simple, savoury items. "I don't like things that are too convoluted" he says and his lunch is an example of his simple preferences. Lunch today is a butterless baguette portion and "then I look around in the savoury section for a bit of cabbage to steal to put on it" along with some gherkins. He adds the two savoury elements to his baguette while grabbing a brioche and downs this along with a flat white while working. "I go for bland food that is sweet. I need the sugar and sustenance to get through the day" 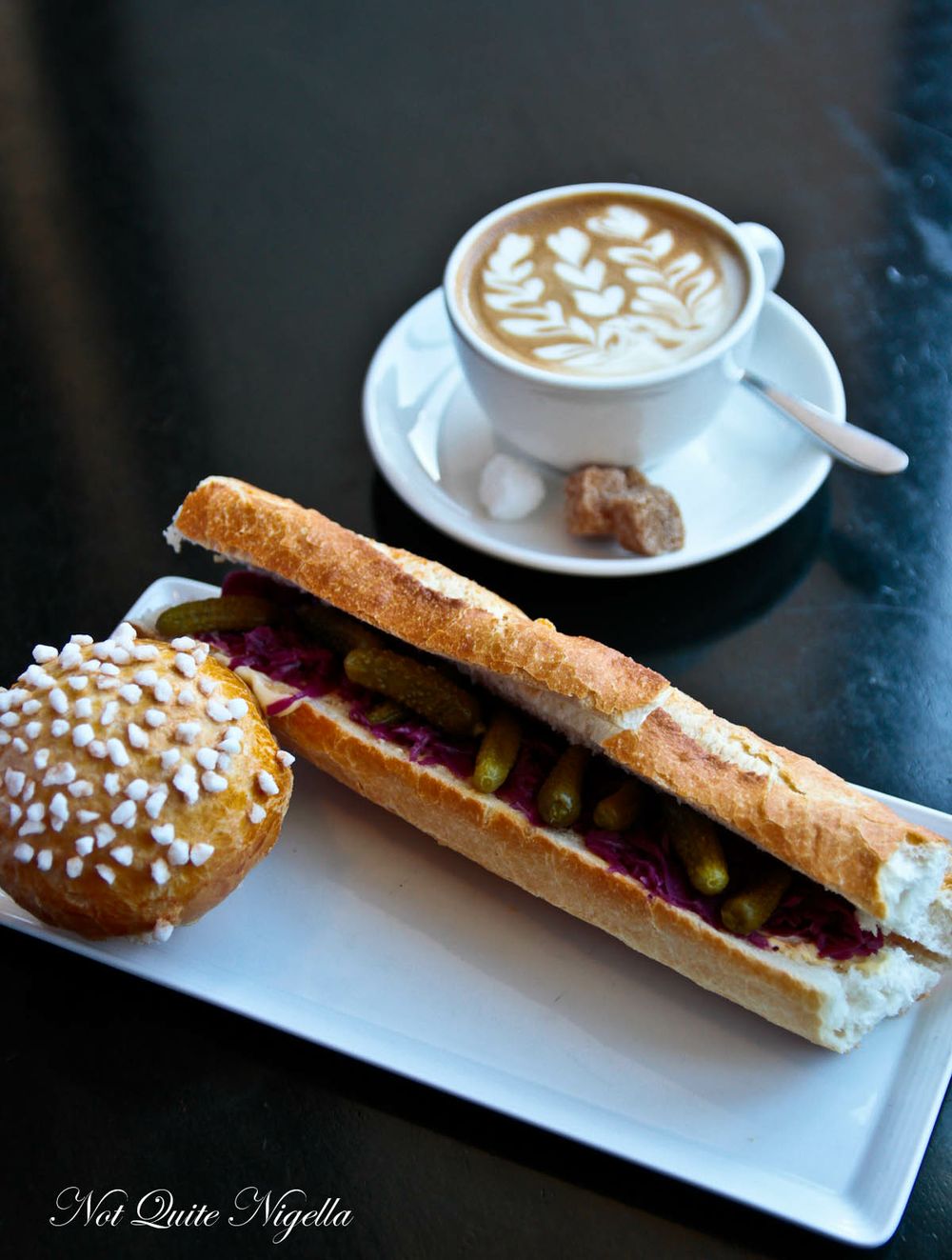 His day starts earlier than most at 4:30am if he is baking or 6am otherwise and he heads home in the afternoon where he might get a cheeseburger from a local Chinese takeaway store. He tells me that chefs prefer simple tastes and tells me of one of his colleagues who  will eat a dozen boiled eggs with salt. Staff meals are simple with pasta and pizza and he tells me that it needs to fit in with the hectic pace of the restaurant. And unlike the many fans of the exquisite cakes in the display, he would "never in my wildest dreams take one of the cakes and eat it." 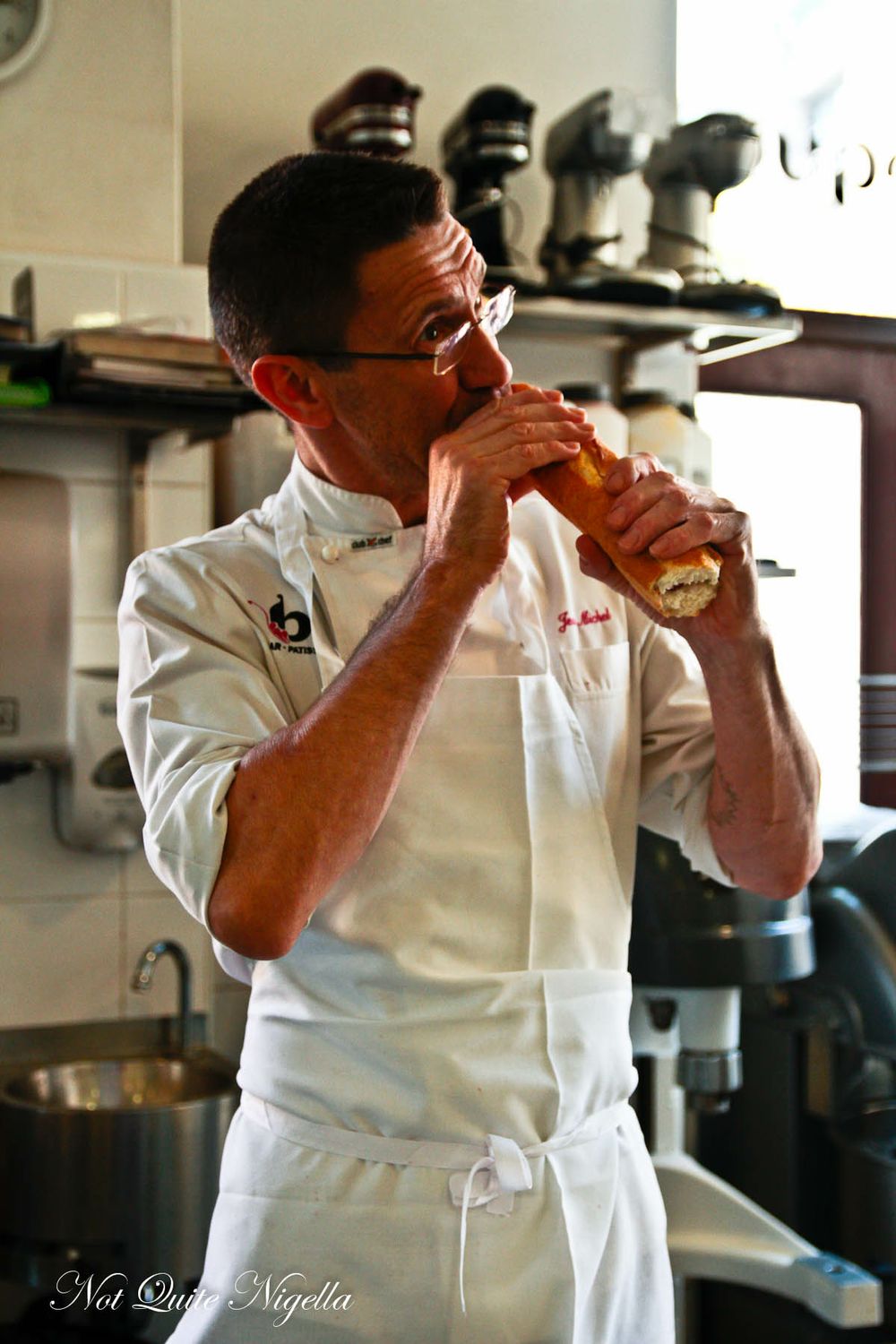 And dinner for the pastry chef? He has a fondness for supermarket biscuits and his favourite dinner is made up of "marinated octopus, vine leaves (dolmades) and spicy fruit roll or raspberry tart biscuits." 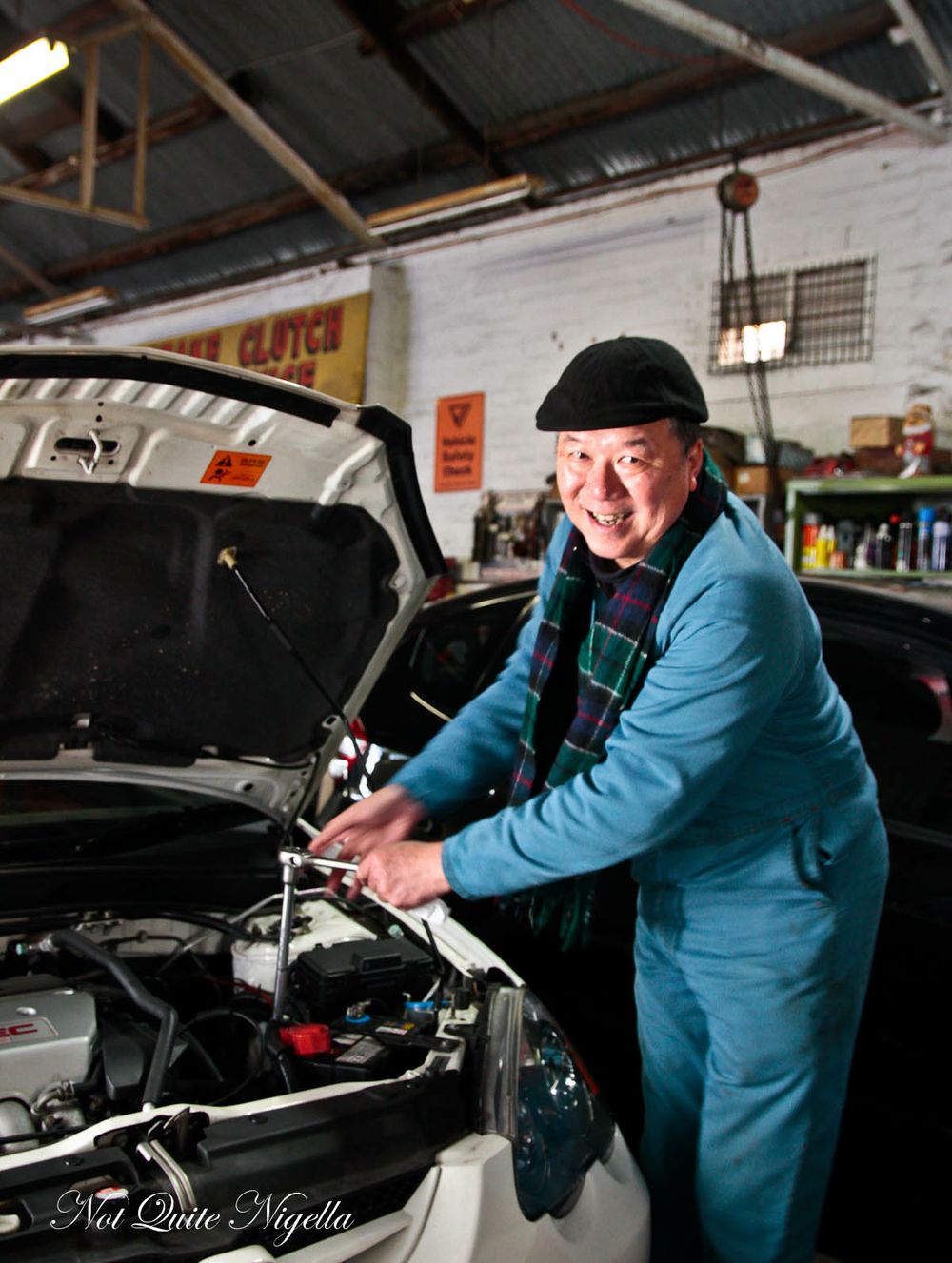 From Monday to Thursday Bill often brings in lunch from home but Fridays are the day that he looks forward to because that is the day where his friends come to visit for lunch. Bill cooks rice in his vintage rice cooker and his friends will bring items which range from roast chicken, char siu, curry, hummus or tabouli and they set up a small table in his office with the food. It's a tradition that has been going on for ten years now and as a sole trader he finds that it is an important ritual to feel connected to his friends that live locally that in some cases started as customers many years ago. 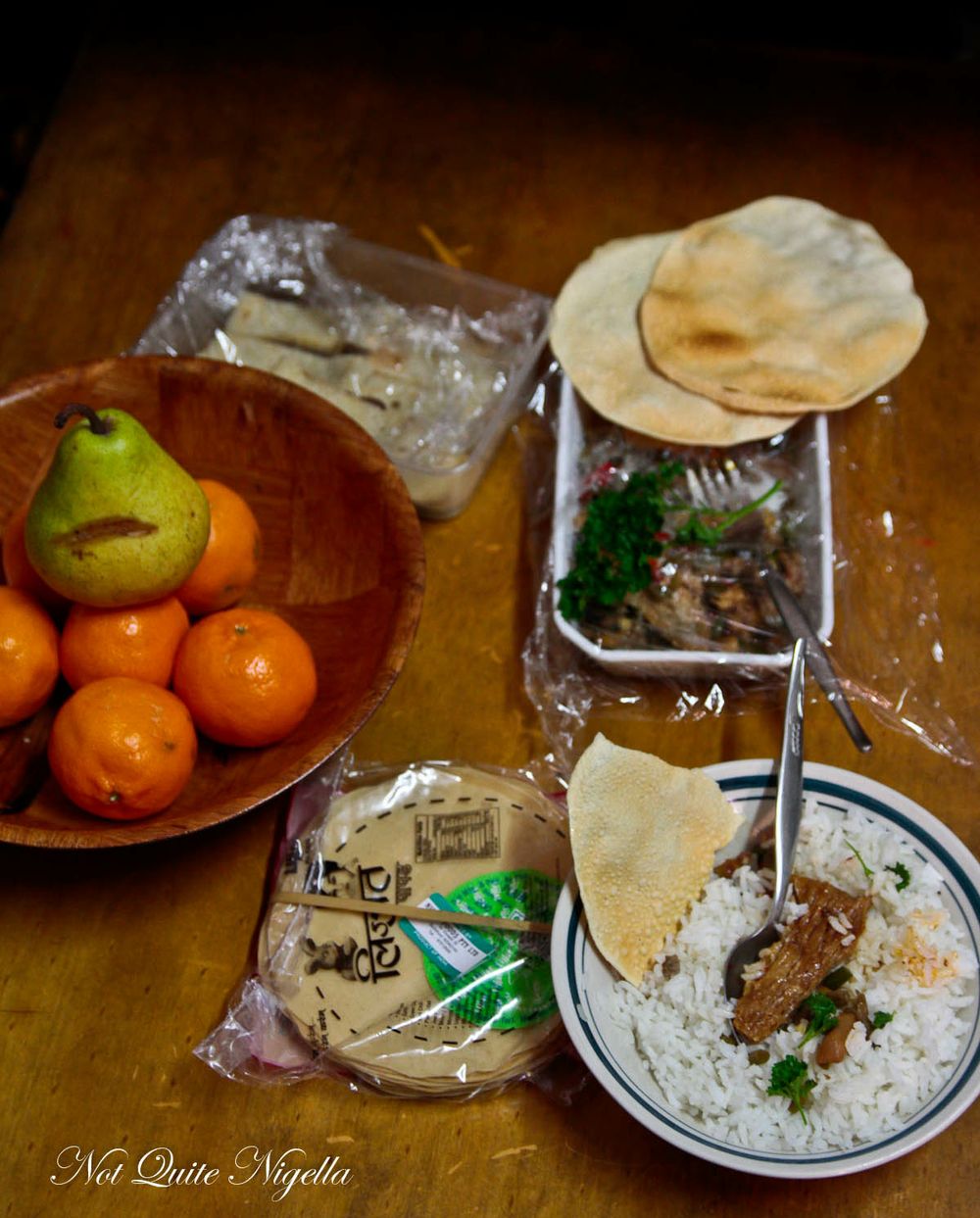 "It's important to do this because otherwise I would probably get rather lonely" Bill says. "It's all inclusive and they help me to clean up afterwards, otherwise it would be too stressful because I fix cars here, I don't cook." What is on the table every Friday changes but there's always opera music playing and it's always a surprise to see what his friends will bring. He recalls a friend bringing a bunch of choy sum. Bill improvised by washing it in his sink and blanching it in some boiling water from the kettle. After a few minutes he drained the vegetables and added oyster sauce to them. Today's lunch is made up of rice cooked in his treasured rice cooker, a hand me down from his grandmother. It is topped with some seasoned tofu skin and paired with pappadums cooked in the microwave and a red bean dessert bought by his wife. 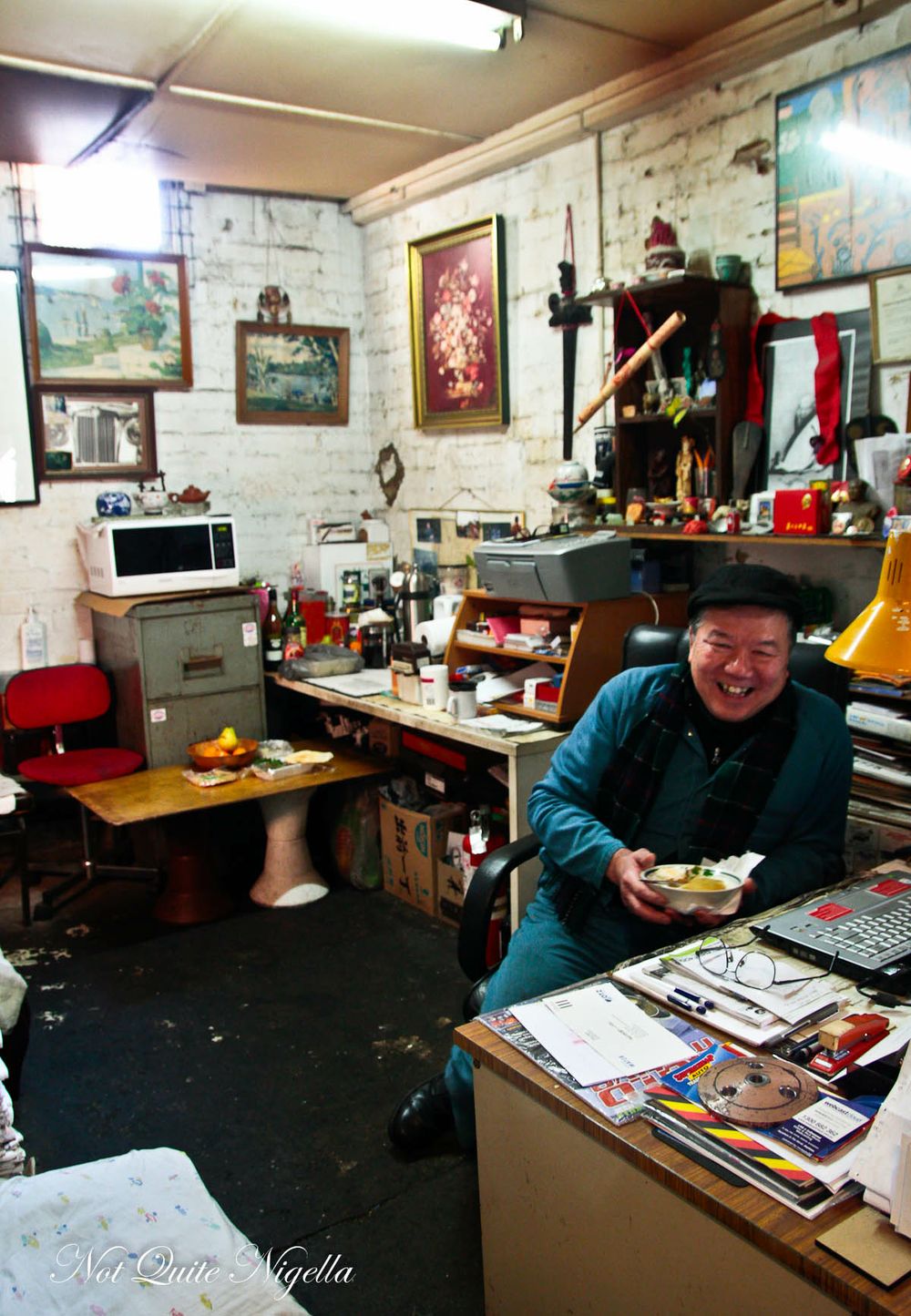 Sometimes surprise visitors stop by or customers come in and Bill always offers a seat at the table. "Sometimes they'll never have tried a meat so I always say 'Why don't you sit down and join us?' and sometimes they do." 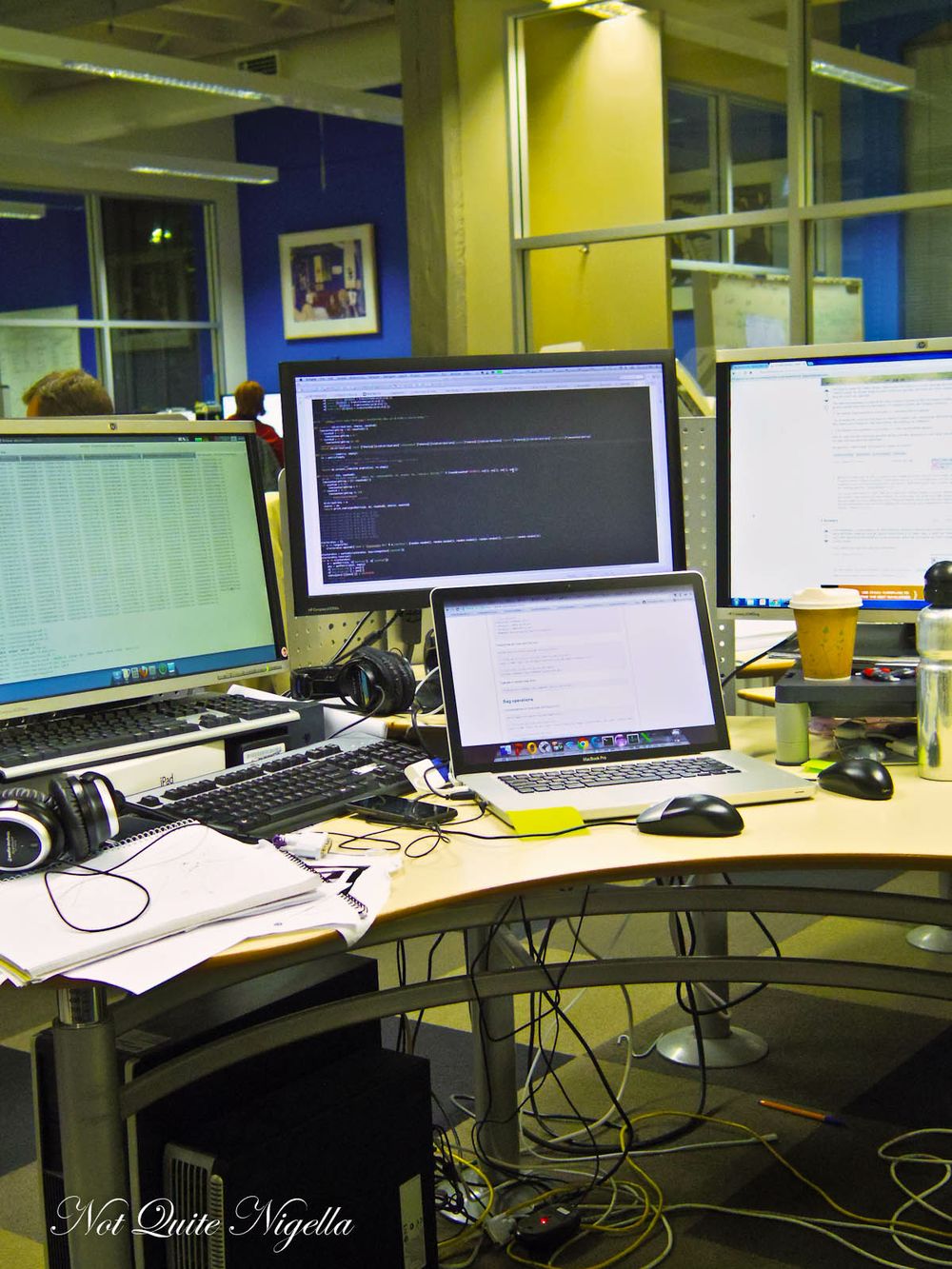 Although Mr NQN works in an area spoilt for food choice, he prefers to take his lunch into work. This is often because he doesn't get time to eat away from his desk. I must admit that when I first saw his desk I asked him if he worked as an Air Traffic Controller-I mean does one human need that many monitors? From Monday to Thursday I pack Mr NQN's lunch for him the night before. If it were up to him he would get a big bowl of fruit every day and be done with it but that's not the most nutritionally diverse lunch. I always pack a sandwich with some sort of protein on it whether it be cheese or roast chicken, fish or ham with salad. Today's was a rather odd number (and he's used to odd offerings) with Pepe Saya butter, leftover deep fried whiting, home made tartare sauce and baby spinach. 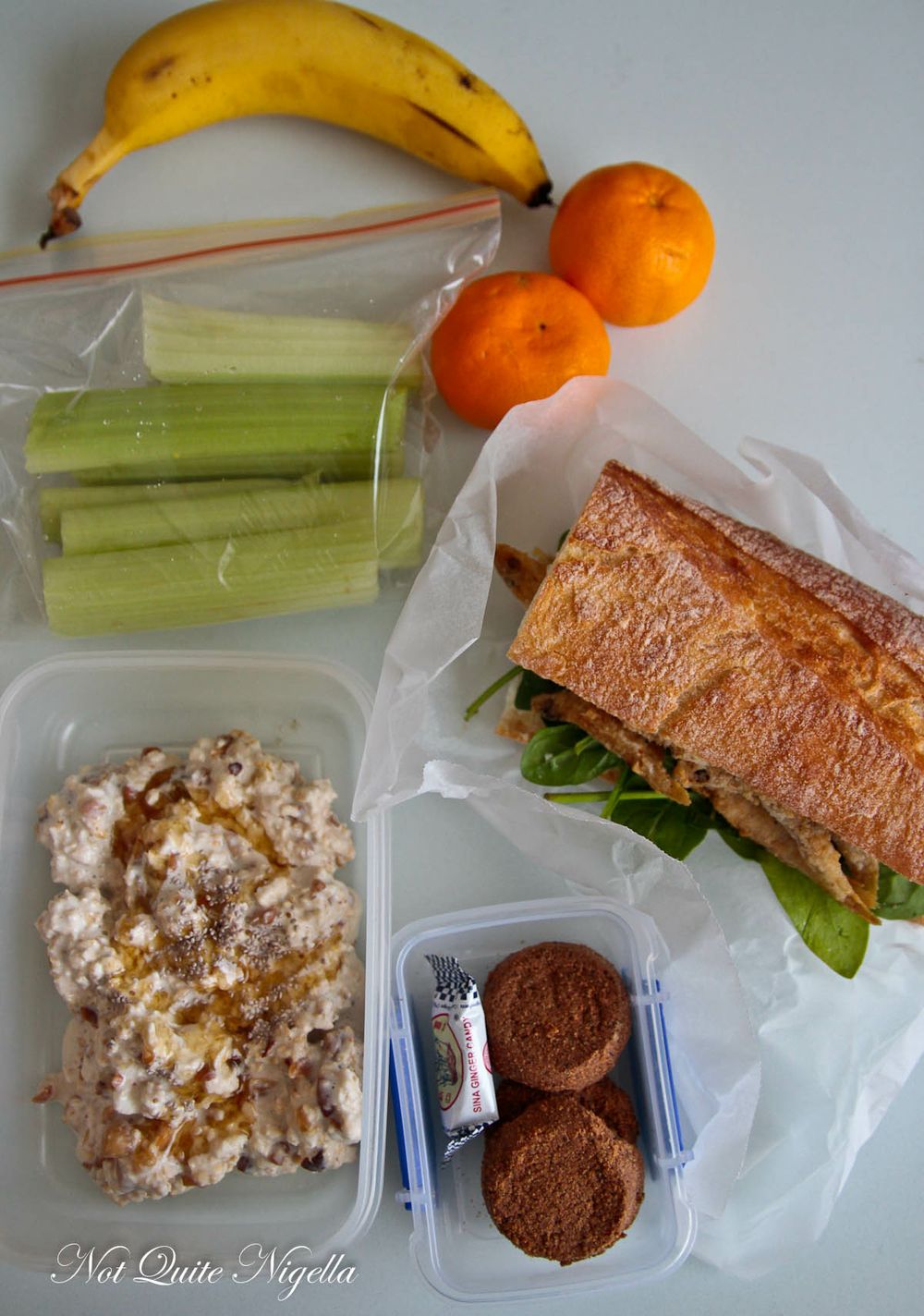 With this is a box of fruit, some extra vegetables in the form of carrot sticks or celery but there's always a naughty box of sweets. It is often something that I've cooked that week but in this case it was chocolate and chilli cookies that my friend gave me for my birthday and some Chinese ginger lollies. The overnight oats made with honey, chia seeds and nuts were because he steadfastly refuses to eat breakfast at home preferring the extra ten minutes sleep so the overnight oats allow him to eat breakfast at his desk mid morning. 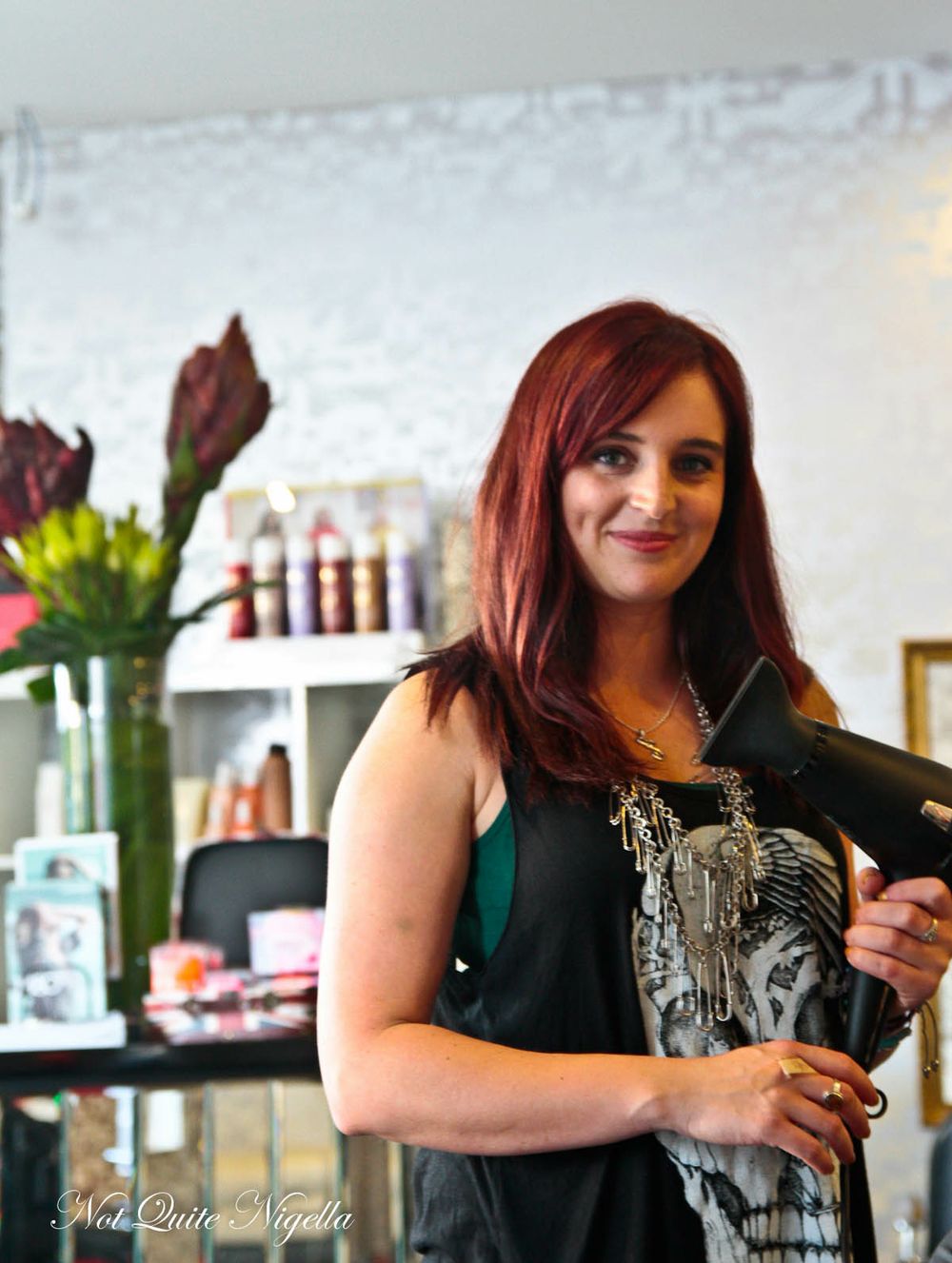 Elly along with most of her workmates at Stevie English Hair brings her lunch into work every day of the week. Instead of paying $15 for a takeaway lunch, her lunch of stir fried chicken, ginger, onion, choko, carrot and celery costs her less than $5 allowing her to save. To accompany the stir fry, she'll have a glass of water. On occasion the staff might buy some takeaway from a nearby Thai eatery but pickings are slim in the immediate area. For the young mostly twenty something staff, they make up a batch of soup, salad or stir fry at the beginning of the week and package this up in a container for lunch. Elly has always cooked and confesses that while growing up she wanted to be a chef. Her lunch fits in with her health conscious lifestyle where she works out every day and allows her to save money for travel. 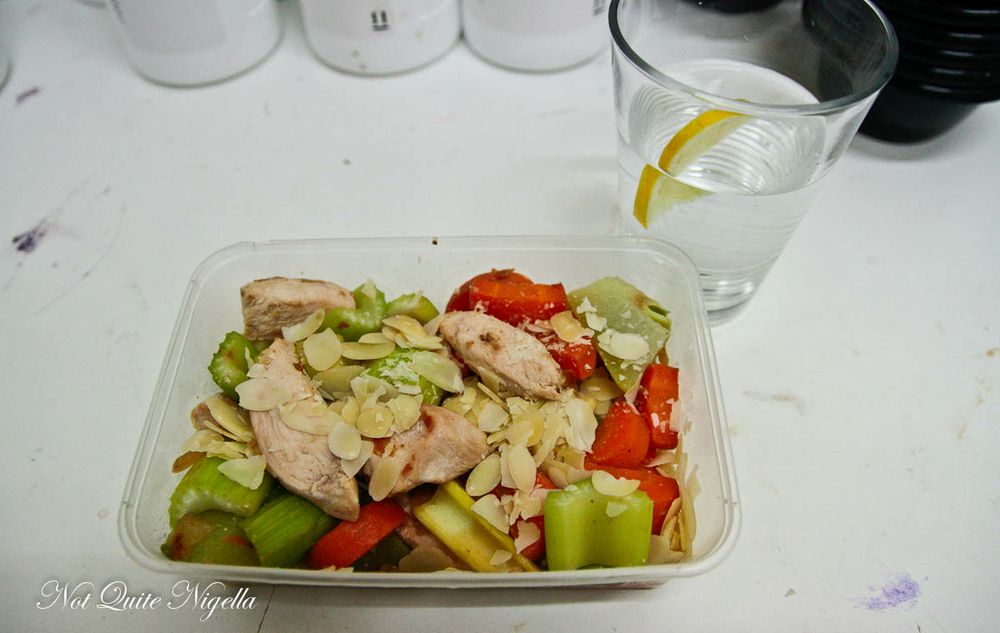 "Also, I'd rather more money for shoes" she says smiling. 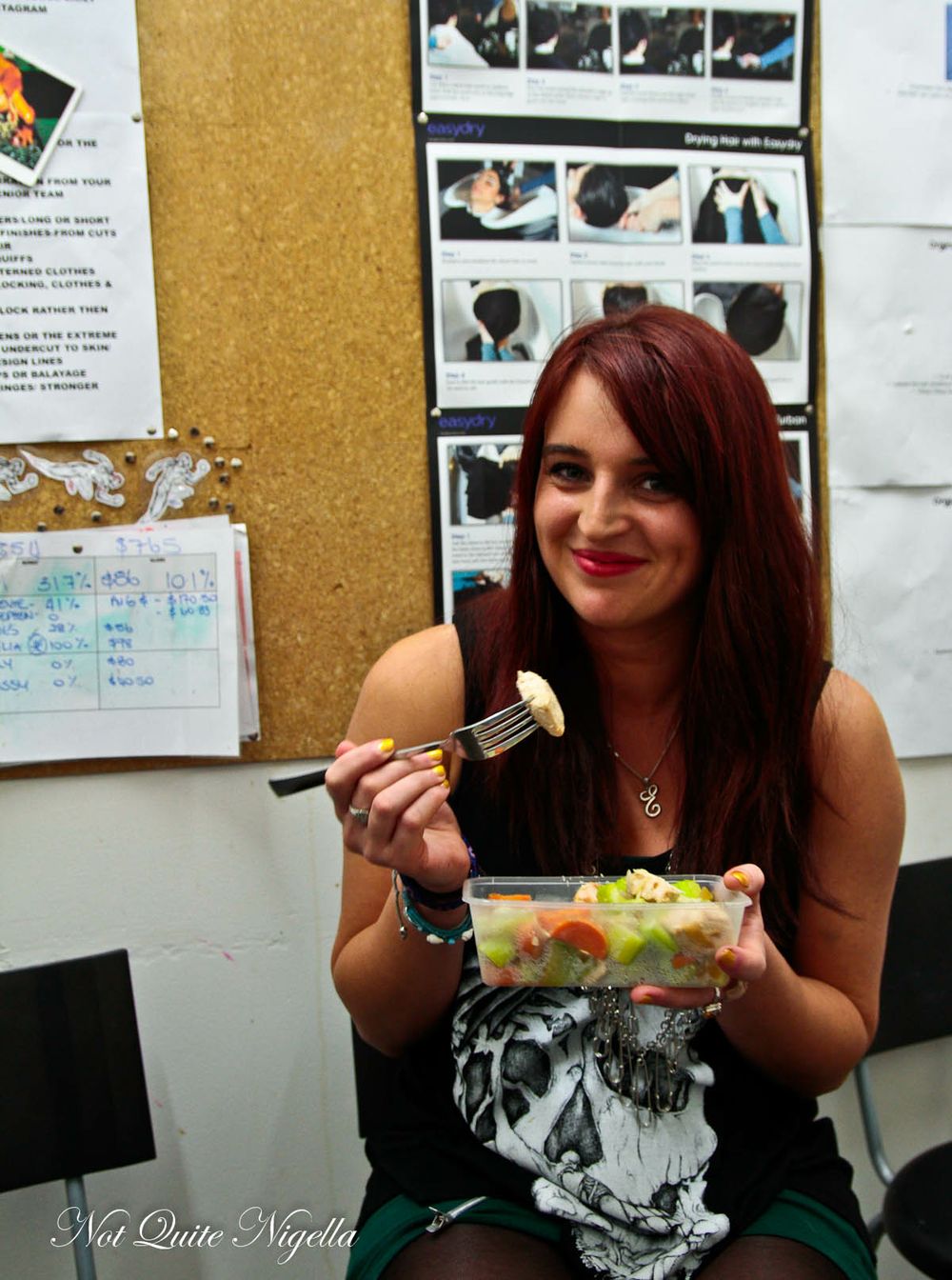 I hope you enjoyed that little peek into the lunch lives of six interesting people. I must admit that I was fascinated with the answers given (well except for Mr NQN's which I knew) and everyone was interested to know how their lunch compared to everyone else's. I also learned that food plays a social role for some while for others, it is mere sustenance to get them through the day.

So tell me Dear Reader, where do you stand: is your lunch for sustenance or pleasure? Which other professions do you think I should do in this lunch series? And I want to know what did you have for lunch today and what is your job? :)

featureHeston Blumenthal on Barbecuing, Social Media and ADHD
recipeSix Lunches, Six Women From Six Lives: What Do You Eat For Lunch? Pt 3
featureA Taste of Gaza And Reading Between The Soup With Laila El-Haddad
featureAnthony Bourdain, A Tribute
featureLook at what the Postman brought me...
feature21 Fascinating Tips on Etiquette From A Royal Butler {That You May Be Doing Wrong!}
featureThe Prison Dairies, Emu Plains
featureRescuing Food: A Day With OzHarvest!
featureHow Much Food Is Wasted? Behind The Scenes of Food Bank!
featureSo You Want To Be a Food Judge? Secrets & Lessons From A Food Judge