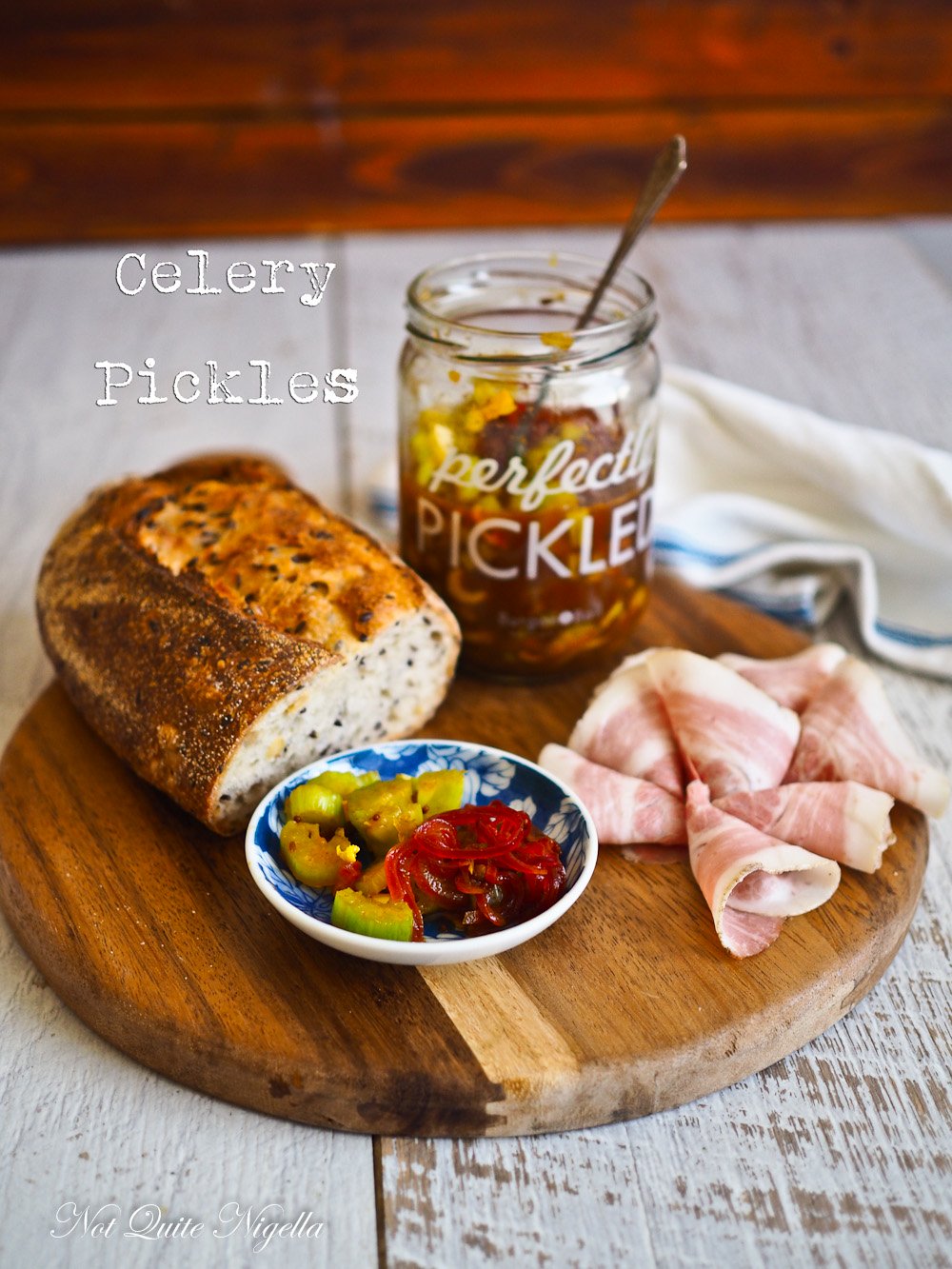 In the pickling mood? Or do you always have some celery left over from a large bunch? I first tried these celery pickles while in Portland and I realised how much I enjoy celery when it is pickled even though I dislike it raw by itself!

Every time I make Mr NQN's lunch and include celery stalks I use the fat bottom stalks as he prefers them. He is less enamoured of the smaller, thinner top stalks because he tells me that they're less juicy. I can't vouch for this because I can't remember the last time I ate raw celery (it's one of those food dislikes that I haven't managed to shake) but I take his word for it. 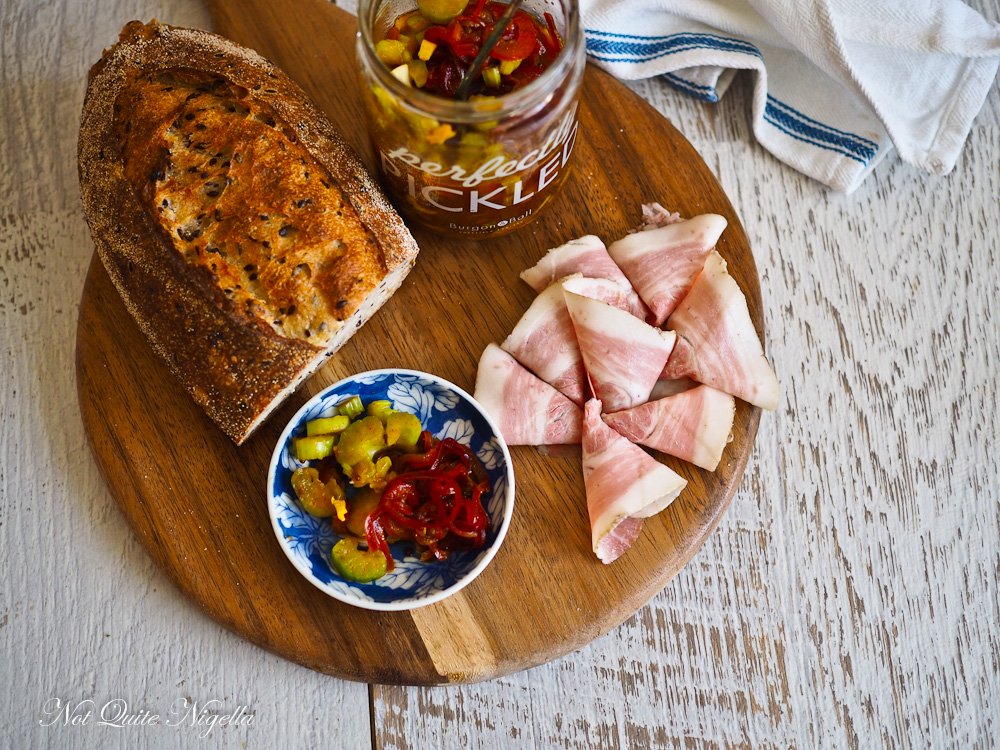 After trying celery pickles in Portland I decided to make the pickles using the top parts of the celery. And they were so good that they turned a celery phobic like me into a celery lover. These pickles are fantastic with charcuterie or with a rich dip like a taramasalata or anchoiade aioli with bread. This is how we had them in Portland in a restaurant called Jacqueline although this isn't their recipe. 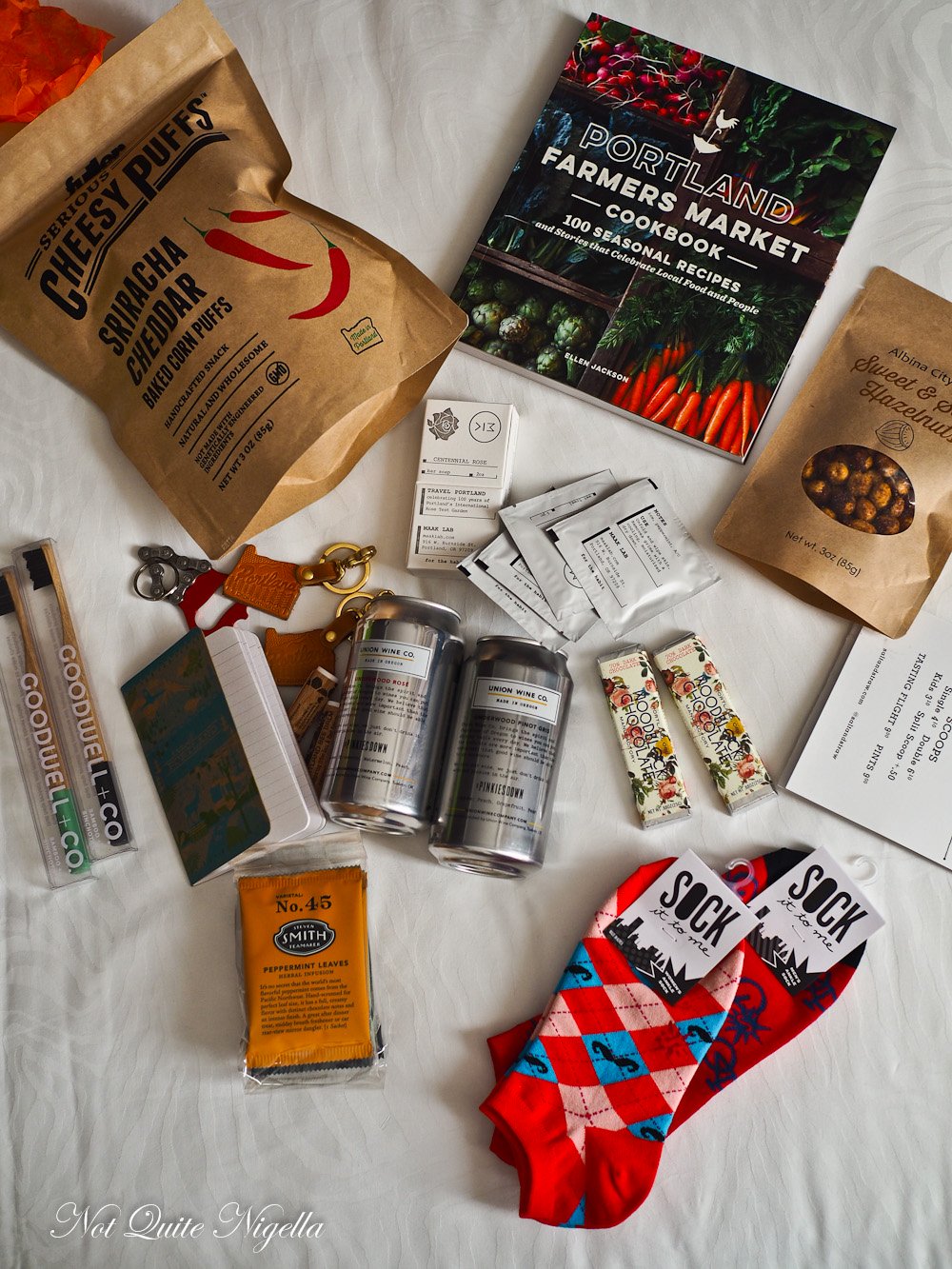 Speaking of Portland, I have some fun things to show you for In My Kitchen, hosted by the lovely Sherry from Sherry's Pickings where we show you new kitchen additions. The first thing I have is a bunch of goodies all made in Portland. So far I've used the teas, keyrings, notebook and the cheesy puffs. These cheesy puffs are SO good! They're made without any preservatives or "natural flavours" (which are really not natural at all) and they are super sized too. And what's not to love about that? I'm the person that always looks for the biggest chips in a packet and eats them first. 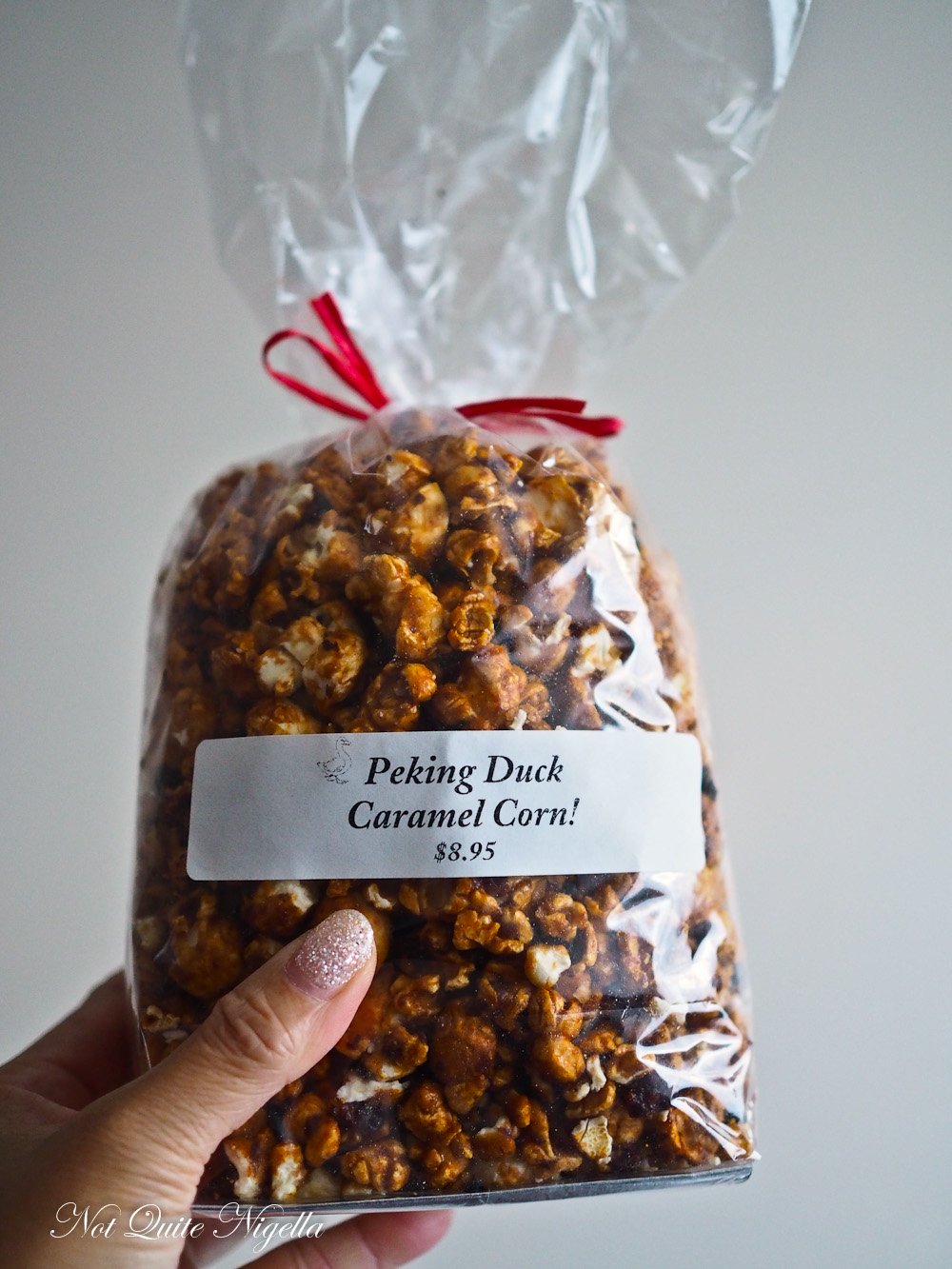 Another thing that is new in my kitchen is this Peking Duck caramel corn from a restaurant in San Francisco called China Live. It is ridiculously tasty. I opened up the bag and asked Mr NQN to take the rest to work with him because it's so addictive. I'll try and make an homage to this Dear Reader! 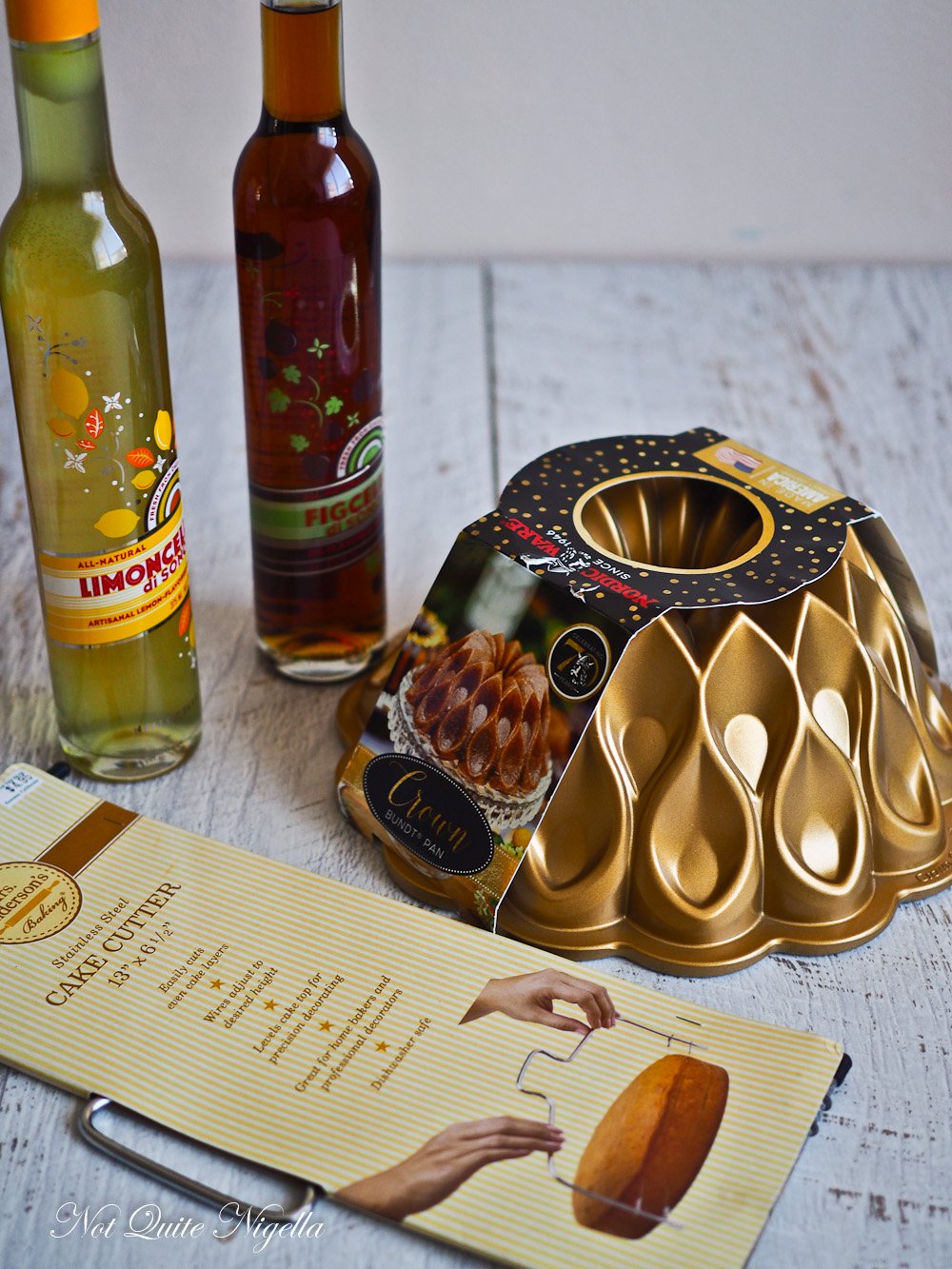 And the next things are my purchases from a little cookware store in downtown Sonoma. I finally bought a cake leveller/cutter as well as a bundt tin that I had wanted to buy for the longest time but couldn't get in Australia. There it was sitting in the shop window, the last one, just willing me to buy it. There are also some delicious fig and limoncello liqueurs from Prohibition Spirits in Sonoma.

And add a few jars of celery pickles to the list too :)

So tell me Dear Reader, what is new in your kitchen? How do you feel about celery? And do you eat the biggest chips in a packet first or the small ones? 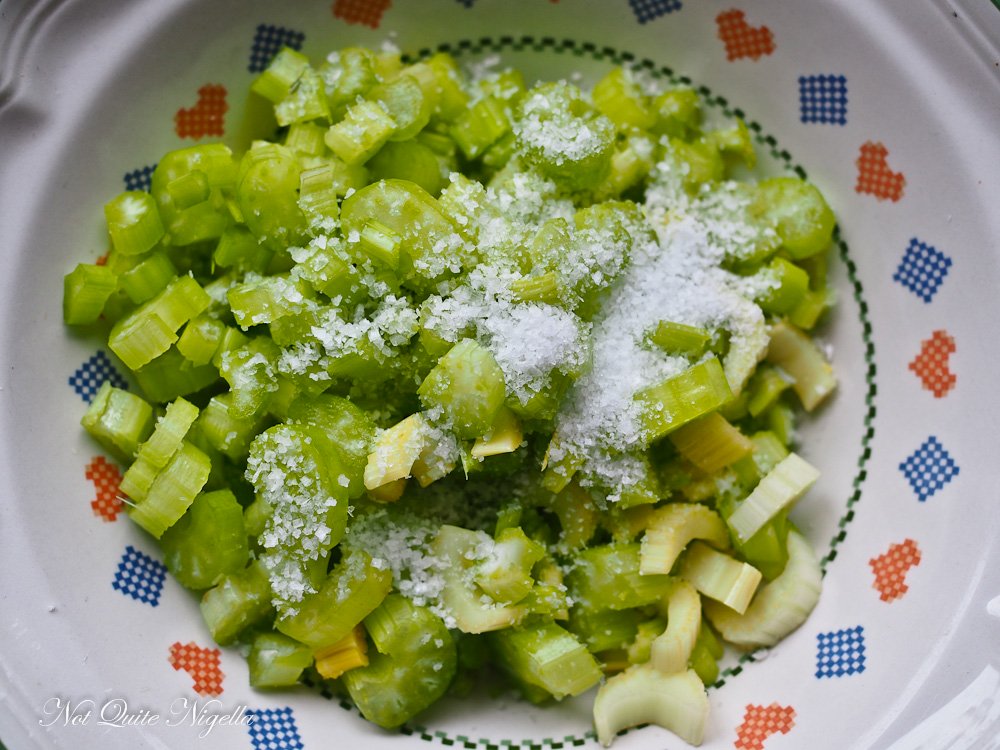 Step 1 - Wash and trim the celery-I used the top bits as Mr NQN likes the fatter bottom stems. Cut into small pieces and cover with the salt. Place in fridge overnight to draw out liquid. Rinse under cold water and strain.

Step 2 - I start off toasting the curry powder, mustard seeds, cumin seeds, fennel seeds and peppercorns in a dry saucepan and once fragrant, add the red onion, sugar and vinegar. Boil for about 5 minutes. Cool the liquid and then place in a sterilised jar and lid with the drained celery piece (cooling them helps keeps the celery crisp).