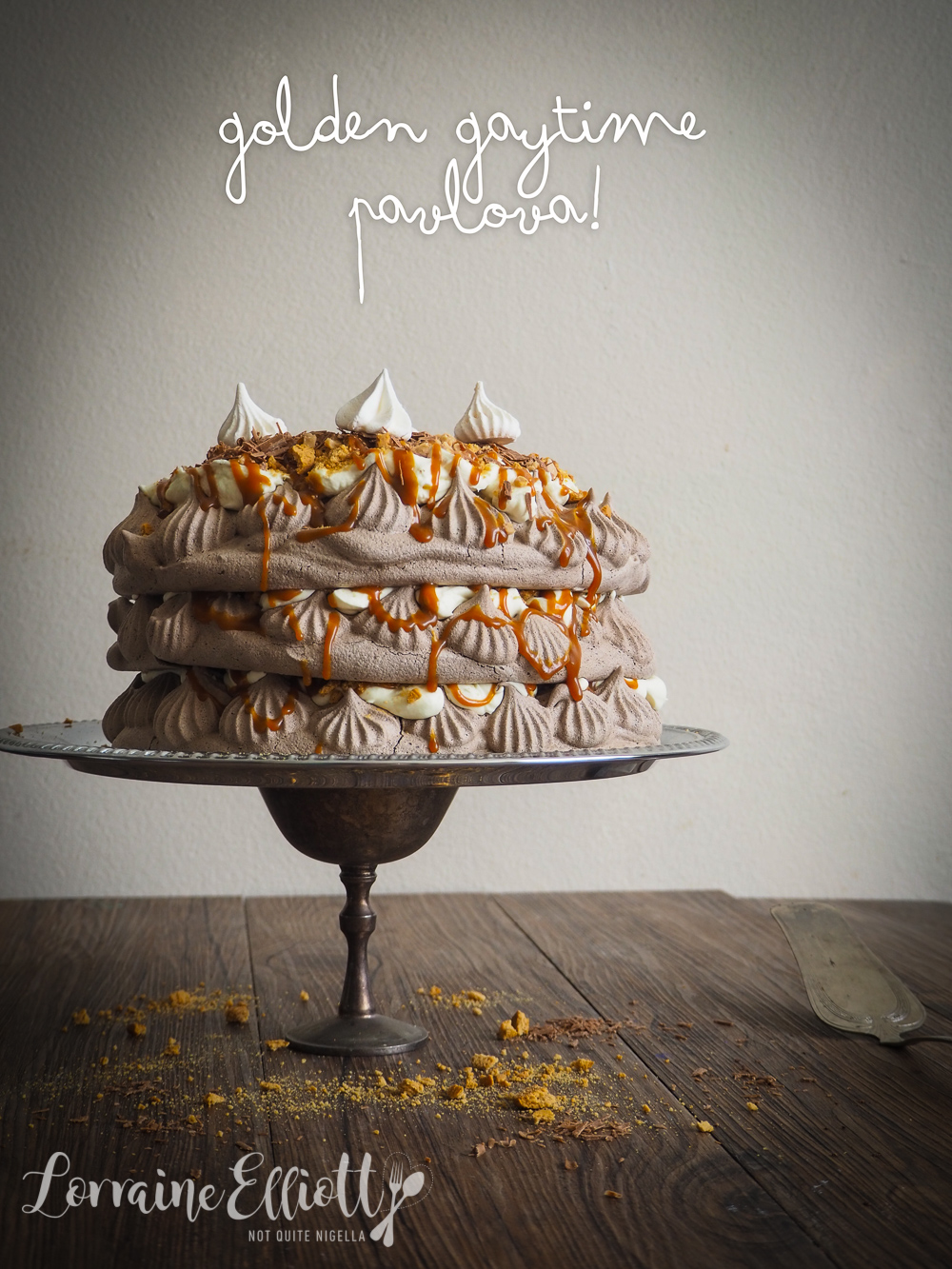 It's unofficial national pavlova day coming up, otherwise known as Australia Day and today we've combined two iconic Australian desserts: a Golden Gaytime and a pavlova! To those outside of Australia, a Golden Gaytime is a biscuit crumbed toffee vanilla ice cream and despite its name or perhaps because of it, it has remained popular over these years.

I have to admit I haven't actually eaten a Golden Gaytime in years. I find that whenever I revisit childhood items for nostalgia's sake, I am invariably disappointed. Everything is always smaller and never as good as it was. But the way to get the same flavours of a Golden Gaytime but in a different version is to make it as a cake or pavlova. 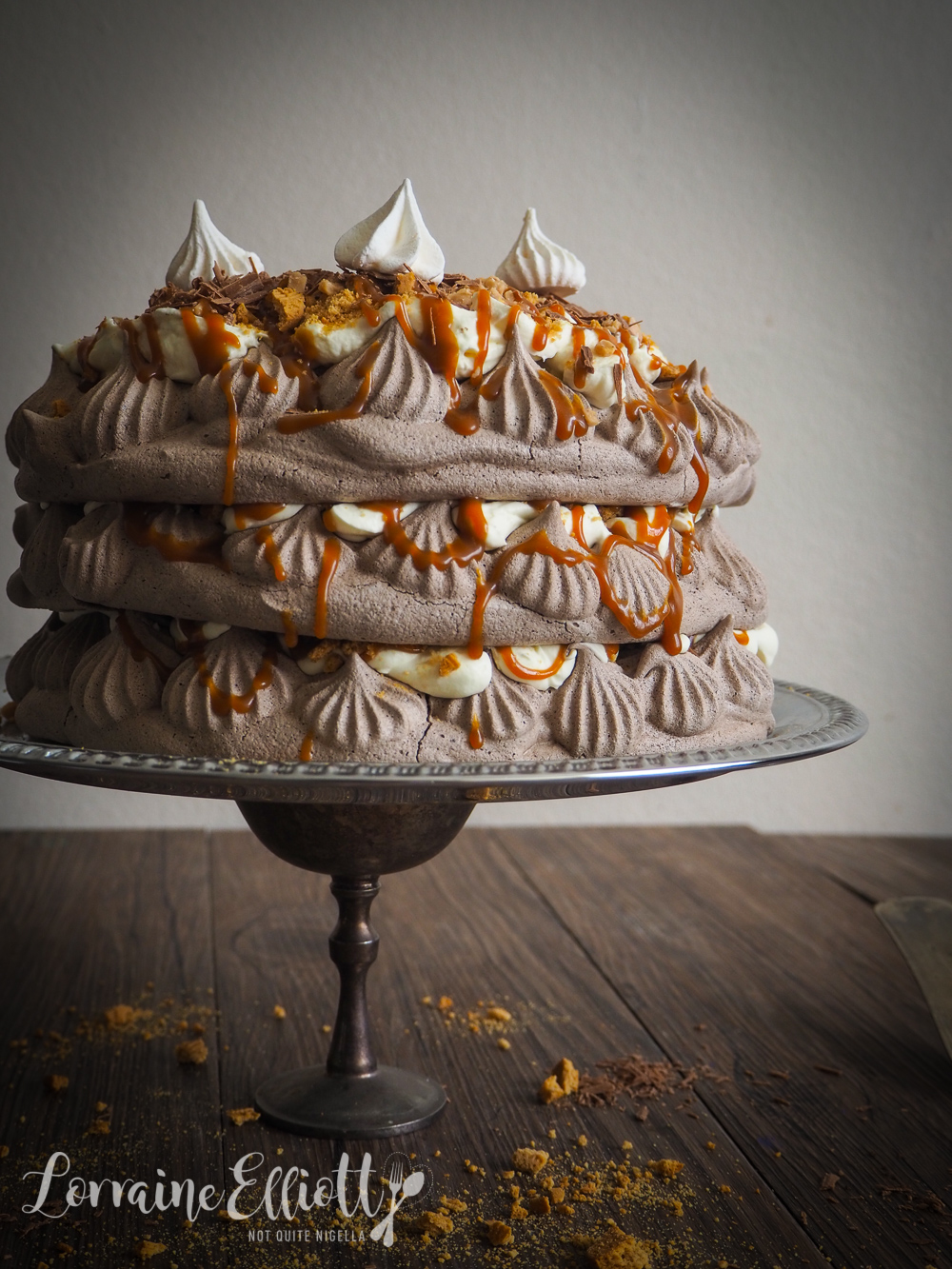 The gaytime crumbs are apparently sold in store although there weren't any when I looked so I took upon the advice of Tinman's Treats who invented the much copied Golden Gaytime cake. He advises using Malt o Milk biscuits for the crumbs which were easier to find.

Now this cake is to feed a crowd as it is a triple layered pavlova although feel free to adjust and even make it a single or double layered pavlova (although I think the single might be a bit thin). But the crumbs, cream, salted caramel and chocolate make for a wonderful combination. It's sweet yes but that's a pavlova, but the textures in this cake are wonderful. the chocolate pavlova turns fudgey dark and almost brownie-like inside. I served it at the Asylum Seekers Resource Centre where people really enjoyed it, one man saying that when he was eating, that he was "lost in its spell" closing his eyes. It's great to serve to a crowd that are over. 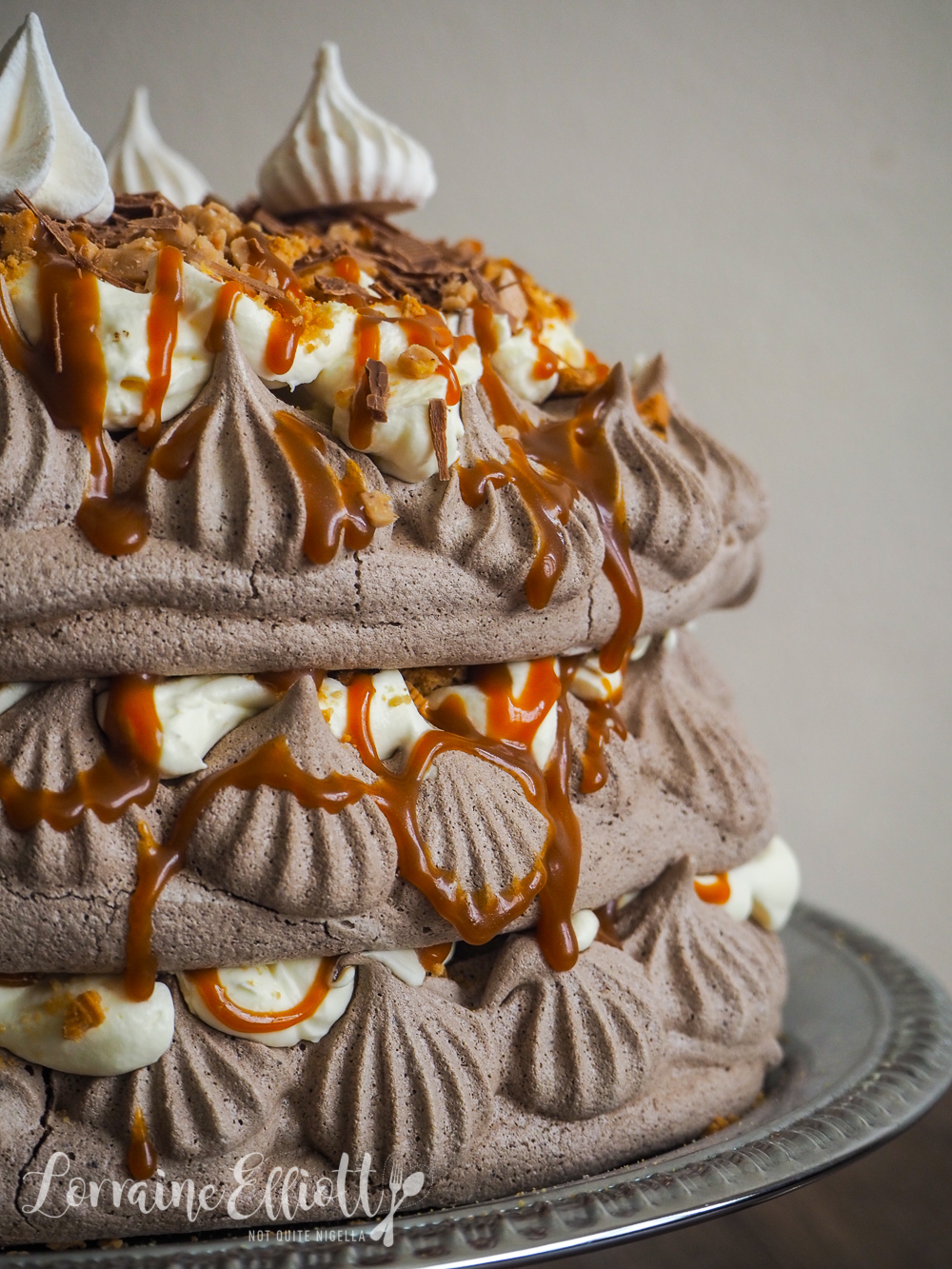 Speaking of friends coming over, last week Nina and Garth came over for dinner. After dinner we were supposed to play a game called What Do You Meme. It's like Cards Against Humanity which we love but we did a trial run of it and it just wasn't as funny.

And then Garth brought up the topic of karaoke. I feel like now is the time to confess something to you Dear Reader. You see, I've never karaoke'd before in my life! Mr NQN loathes the idea of it and so it has never come up as something to do. "I'm dying to try karaoke!" I exclaimed and then we decided to chromecast some youtube karaoke videos to our television and give it a try.

I was slightly panicked internally. I didn't even have a karaoke song ready. I hadn't even practised and had no idea how to warm up my voice! Plus I had been drinking wine and sparkling water all night which is bad for the throat. Luckily Garth brought up a list of the most popular karaoke songs and there was one song that I loved - Black Velvet by Alannah Myles. Even if I couldn't sing, I would at least know most of the words. I waited it out nervously while Garth sang "Barbie Girl" and Nina screamed it out to a death metal song. 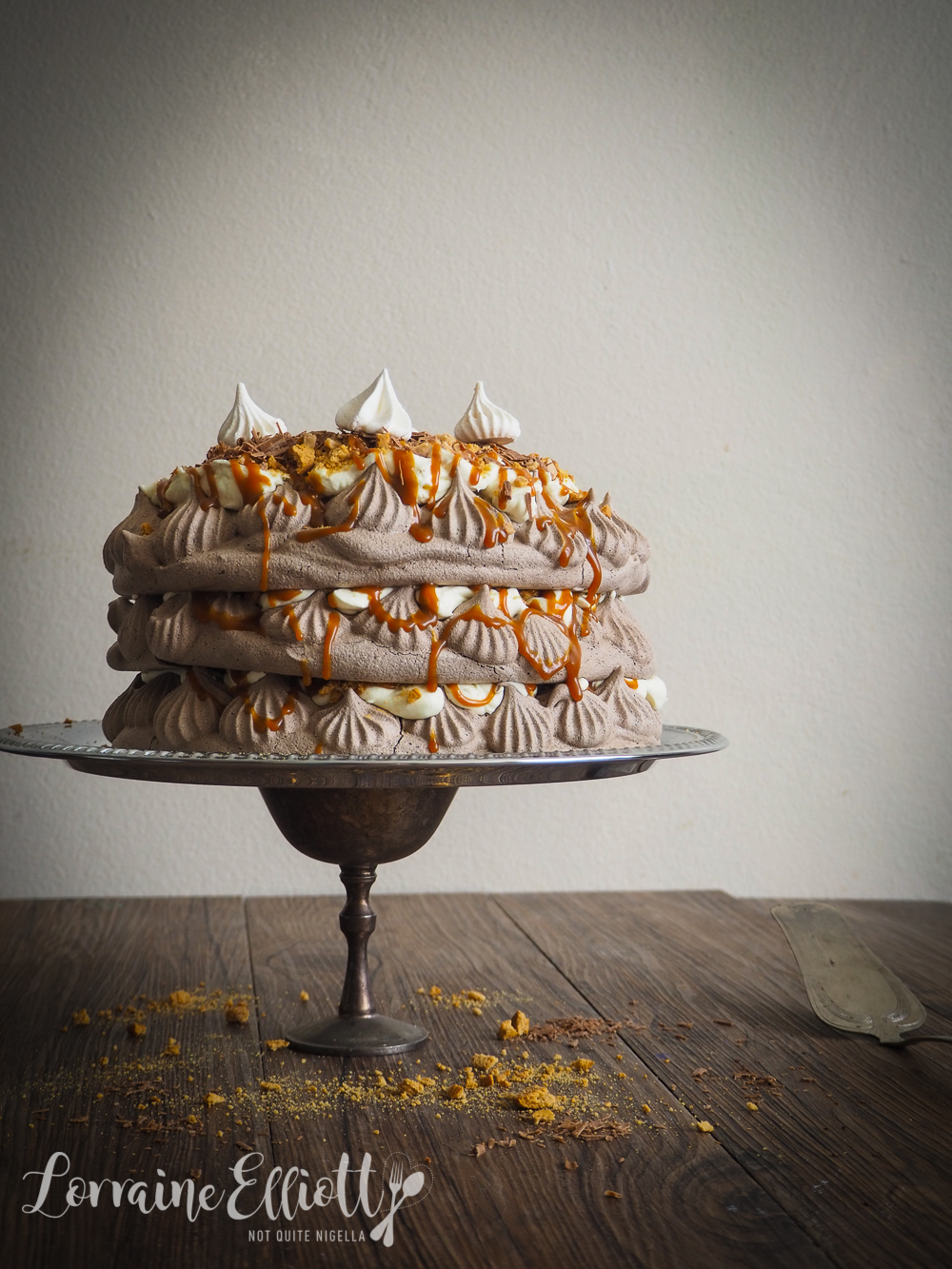 It was then my turn. I got up, fake microphone in hand (it was an actual microphone prop that someone had left behind one Halloween party) and cleared my throat and started singing. And then was born an absolute adoration of karaoke. I sort of held my tune, much to everyone's surprise and as the song went on, I really got into the zone belting out the very familiar tune. We all took turns except for Mr NQN who was still frozen in fear and refused to sing. The poor thing had tried mouthing words quietly but nothing audible came out.

While wine isn't great for the throat, it does have some benefits. It allowed me to think I could tackle Whitney Houston's I Will Always Love You and The Greatest Love Of All and Adele's Someone Like You. I emoted Total Eclipse of the Heart. I discovered that power ballads are my forte and after a few hours of singing we finished on a group effort, Toto's Africa. 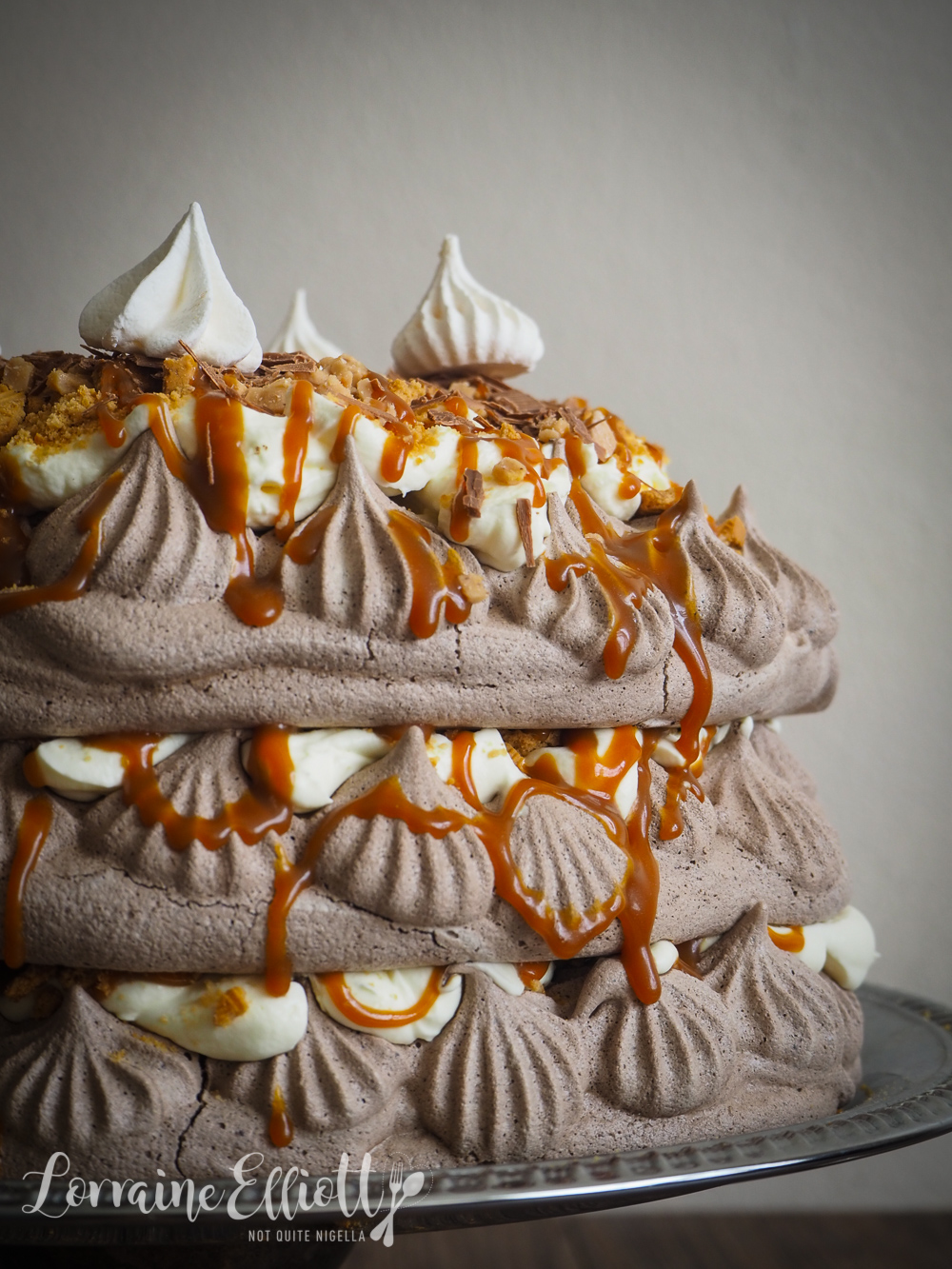 I'm amazed that the neighbours didn't come a knocking but it was probably because we finished before midnight. Nina, who woke up that day at 5am had to drag Garth out while he was still holding onto the mike. He hadn't had enough, even when they dueted (he always sings the women's part and she the men's). And much to Mr NQN's horror, a love of karaoke was born. I blame the copious amount of dessert and wine...

So tell me Dear Reader, do you like karaoke and if so, what is your favourite song? Any tips for a karaoke beginner? And when is the last time you had a Golden Gaytime? And have you ever tried making a triple layer pavlova?

Pavlova is best made one day ahead

For filling and topping 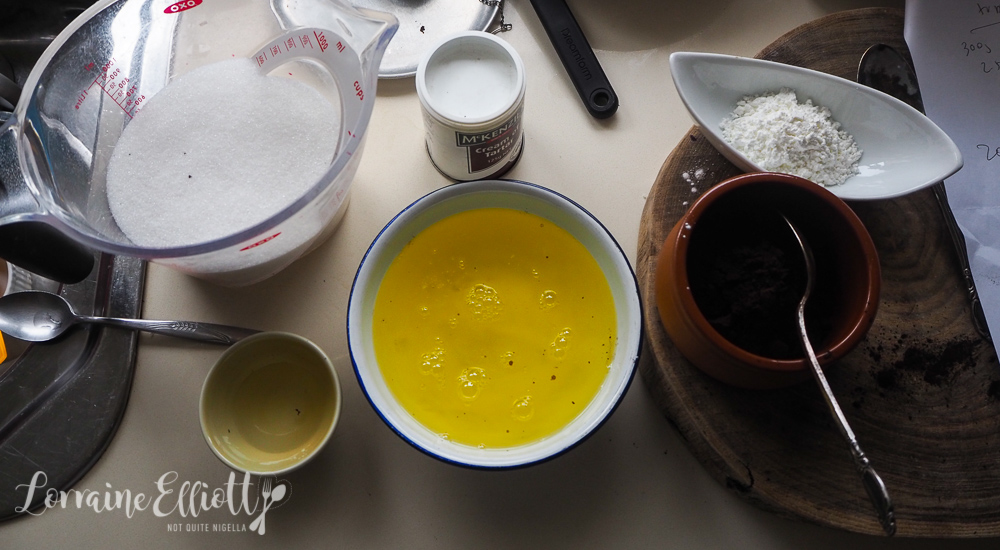 Step 1 - Preheat oven to 180C/350F and mark three sheets of parchment with 20cm/8inch circles. Make sure your mixing bowl and beaters are spotlessly clean and free of fat. Whisk the egg whites and cream of tartar until soft peaks form. Add vinegar and then add the sugar in gradually while the whisk is going. You want it to be stiff and be able to hold its shape. Whisk until you can tip the bowl upside down and the meringue won't move. Fold in the cornflour and cocoa. 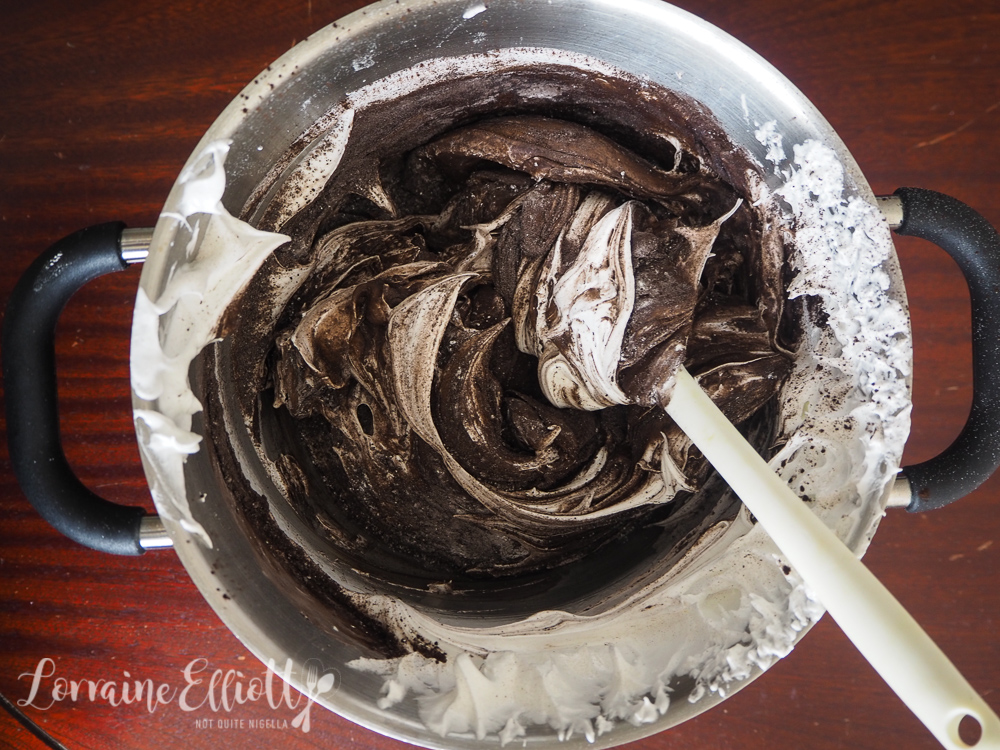 Step 2 - Spread out the meringue onto the three circles using an angled spatula reserving about half of the meringue to pipe on top. Fit a piping bag with a #867 tip and pipe dollops all over the meringue rounds. Place the three baking trays in the oven and immediately turn the heat down to 130C/266F. Bake for 1.5 hours and then turn off the oven and leave the pavlovas to cool in the oven overnight. 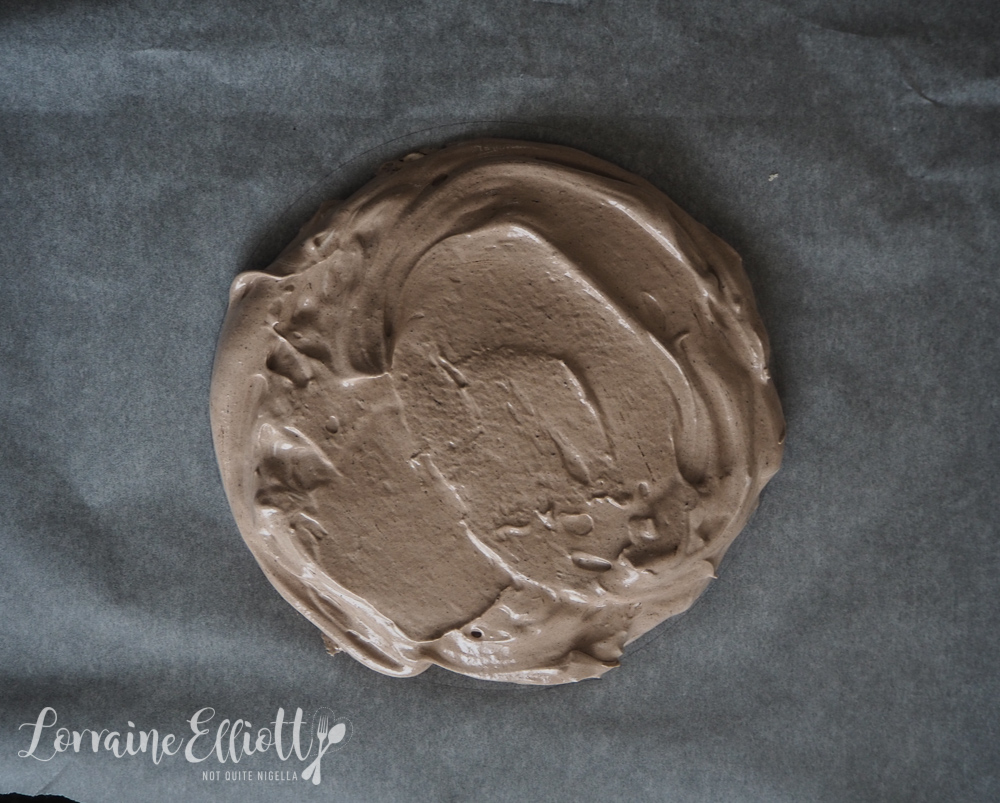 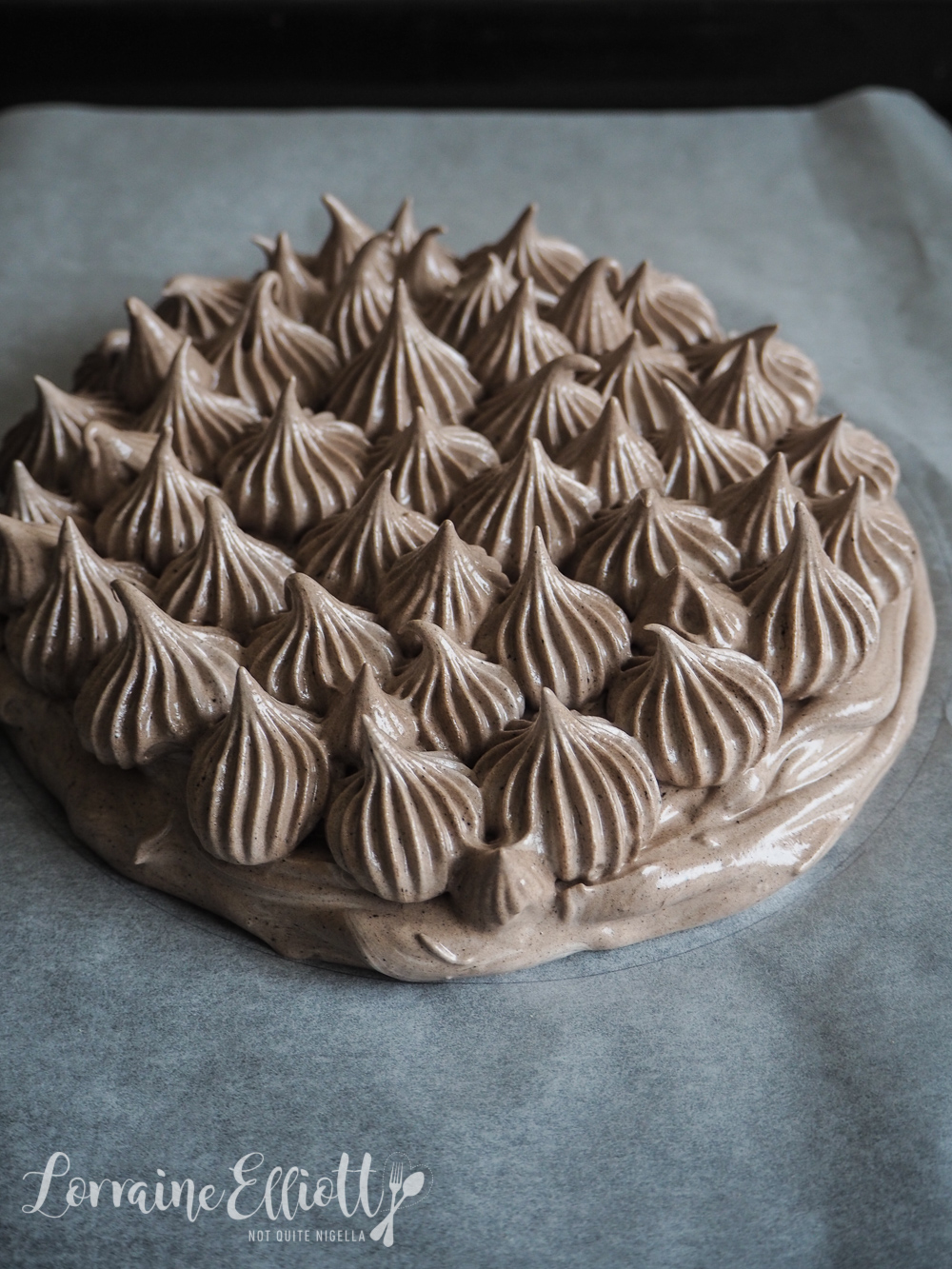 Step 3 - The next day prepare the fillings (and pavlovas are best assembled just before serving). Whip the cream until you get billowy peaks and then add the sour cream and whip until you get a dollopy consistency (we aren't adding any sugar to the cream as the pavlova is sweet as it is). Place in the fridge until needed. Then place the biscuits, toffee bits and shaved chocolate in a bowl and have the salted caramel sauce ready (mine was in a tube, place it in a piping bag if yours is in a jar). 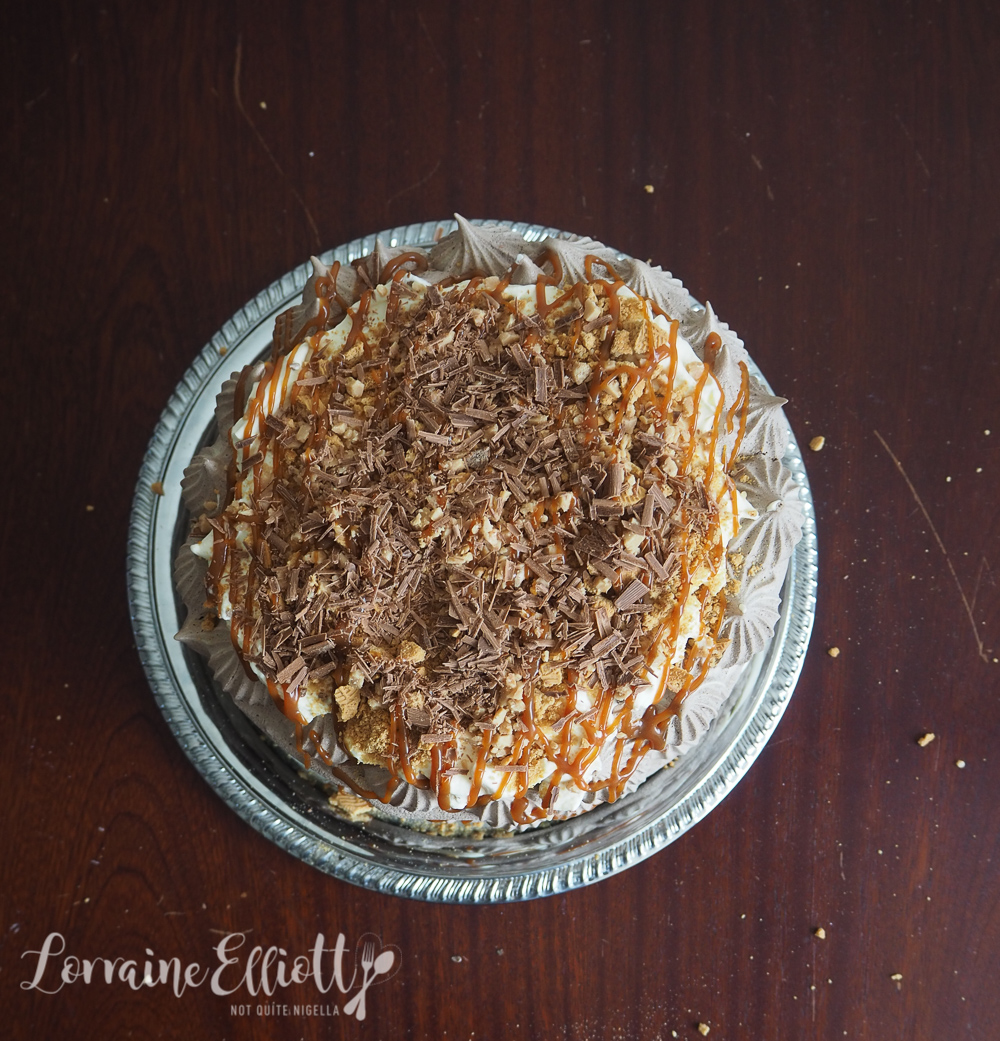 Step 4 - Take the largest pavlova round and place it on a serving plate. Top with the whipped cream, biscuit crumbs and toffee bits. Repeat with the two other rounds adding the chocolate sprinkles on the top one.