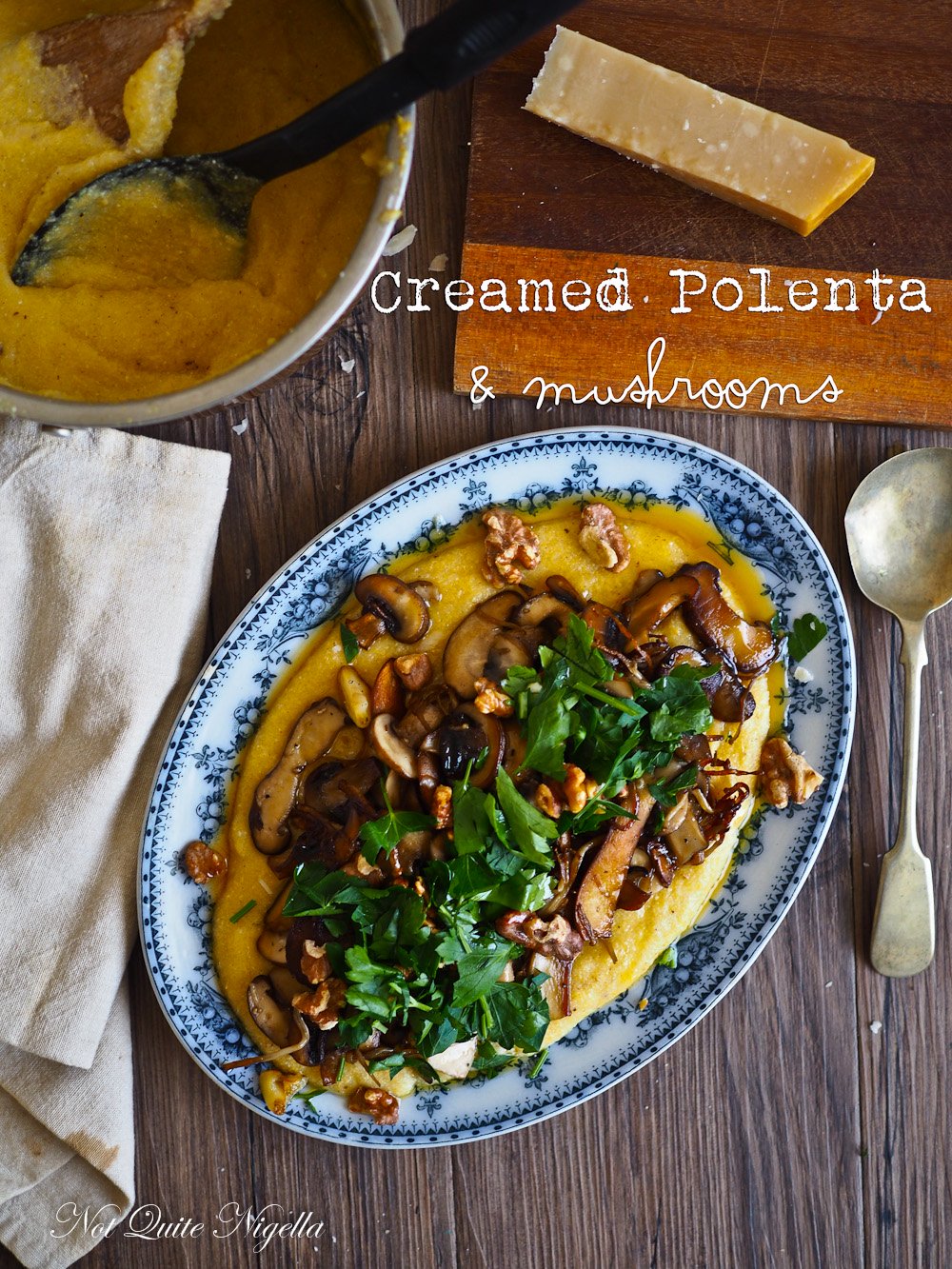 Need to make dinner in 30 minutes or less? Polenta is your friend and a great alternative to mashed potatoes, rice or pasta. It cooks quickly to a creamy texture and is a great backdrop to soak up juices and other flavours and textures. Like crispy mushrooms and browned butter!

For me polenta is a really nice alternative to mashed potatoes - it's a comforting carb. I love mash potatoes but don't make them often because I avoid using the potato ricer as it needs muscles I don't really have and the amount of butter needed to make a restaurant style mash is often more than I think I want to know. But polenta is a great substitute for a creamy, thick starch to puddle juices in. And with a chill still in the air, we need carbs. No, we NEED carbs.

Speaking of carb love, I mentioned before how we had some challenges with a couple of the guides in Peru for our Experiential Traveller tour. There was one guide who would not let a moment go by without interjecting with something irrelevant. And then there was another guide who had a slightly creepy vibe to him. He didn't seem "all there" and had an overall oddness to him that we couldn't quite put our finger on. 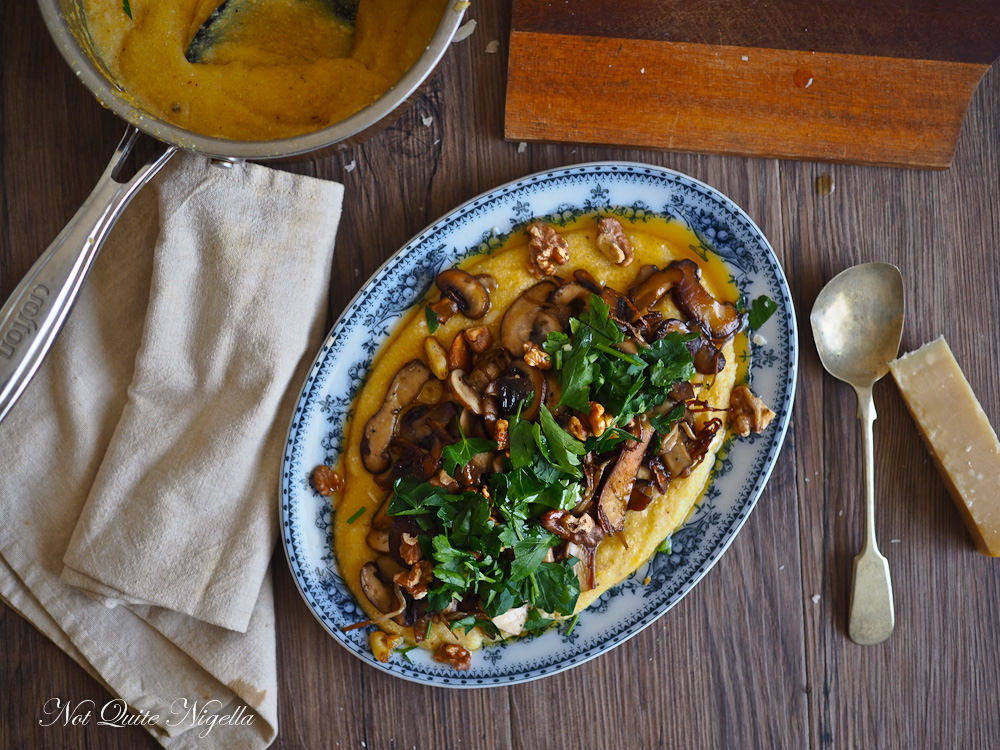 The idea behind the reccy was to replicate what our groups do but also to find special experiences that aren't usually part of tours. The idea is also that our group doesn't get any dud food, we vet it all for them. To do this my partner Rich and I had a very busy hit list of things that we had to do and eat and our guide Fred was really there to show us around. We explained what we had to do and Fred nodded.

We sat down at one restaurant, one of many we were trying and tasted some things. "Okay Fred, we have to go now," said Rich because we had so many dishes and restaurants to try and time was ticking.

Fred looked up from his Pastel de Papa, a layered potato dish. "Yes," he said slowly taking one long bite after another. He would chew and he would swallow and then pause. We looked at the time and each other. Fred was in no hurry to move.

"Okay rapido rapido!" trilled Rich and then he added something in Spanish that I could understand to mean, "We really have to go!".

"Yes..." said Fred. "Are you going to eat your pastel de papa?" he asked before reaching across slowly to take the large square of layered potatoes to his plate. He then dropped the whole thing onto the tablecloth. After about 10 minutes waiting Fred put down his knife and fork, the pastel de papa demolished, and announced dramatically, "I have finished." We could now move.

And at each restaurant Fred main priority was eating the food-slowly. There was the occasional food fact he'd throw out but he only had eyes for his carbs. We tried a few places and always ended up with leftover food so we offered it to him. He ended up with about half a dozen large boxes of food and then whispered that he wasn't going to share any of his new food with his girlfriend.

Needless to say that Fred got fed but we couldn't use Fred for our tours. And I wonder if he ever shared any of his many boxes of food with his girlfriend.

So tell me Dear Reader, have you ever met anyone like Fred? And are you fixated on carbs and if so, what is your favourite carb?

Serves 4 as a main

Step 1 - First place the butter in a saucepan and turn to high heat and allow to brown-it takes a few minutes until it starts to smell nutty. Place in a bowl. Then I use the same saucepan (because I hate washing up) and I make sure there is no butter still in the pan and then I add the stock and bring it to a boil. Whisk in the polenta in a thin, steady stream and add a ladleful of the browned butter and then turn down the heat to low and stir with a flat bottomed wooden spoon or spatula to prevent it sticking. Leave the lid on it as it will spit otherwise and cook until creamy, around 10 minutes. Then stir through the parmesan cheese.

Step 3 - Scoop the polenta onto a serving plate and then top with the crispy mushrooms and parsley (I added walnuts too but I omitted them from the recipe as I didn't feel it needed them). Spoon over a bit of the browned butter onto the polenta on the sides.