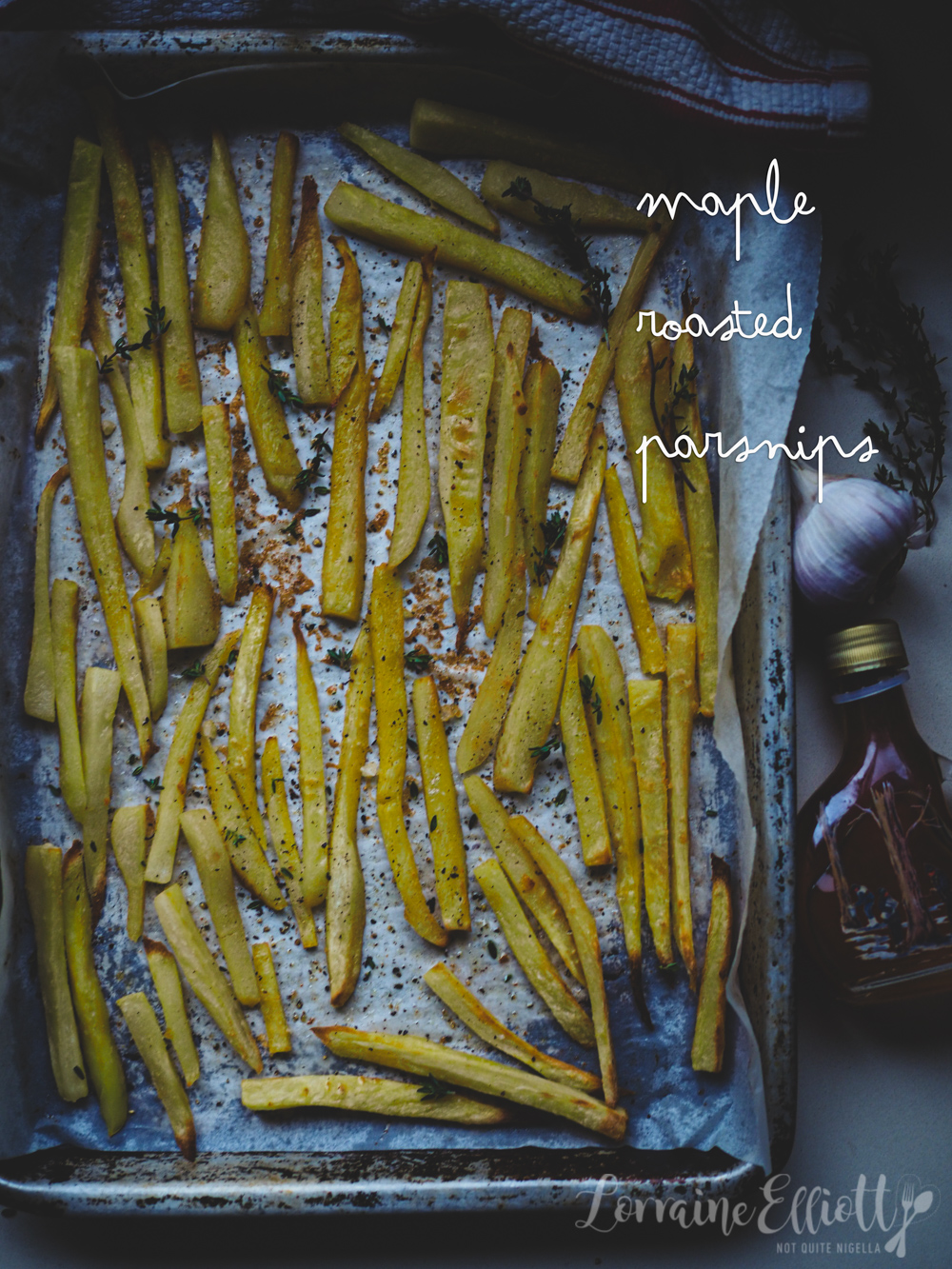 These maple roasted parsnips are the tastiest ways to cook parsnips. Parsnips are cut into batons and then rolled in a delicious mixture of maple syrup, butter, garlic and oil to create a tasty side dish!

Although these look like chips, they're not crispy, they're similar to roasted carrots in texture and this brings out the natural sweetness of parsnips.

All about Parsnips: Parsnips are a wonderfully nutritious root vegetable originating in Europe and Asia. Some people don't like their aroma or flavour but they have a lovely sweetness to them, in the same way that carrots do. Once upon a time parsnips were used to sweeten baked goods and some chefs prepare them with vanilla which really brings out their sweetness. Apart from being high insoluble and insoluble fibre they're also high in vitamins K and C, folate and minerals like potassium and manganese and are relatively lower in calories with less carbs than potatoes. They are usually cooked but can be eaten raw.

Tip for preparing parsnips: first remove the woody core from parsnips. This isn't as important in smaller parsnips but the core is woody in large, older parsnips. Then quickly boil parsnips so that they aren't dry when roasting them. 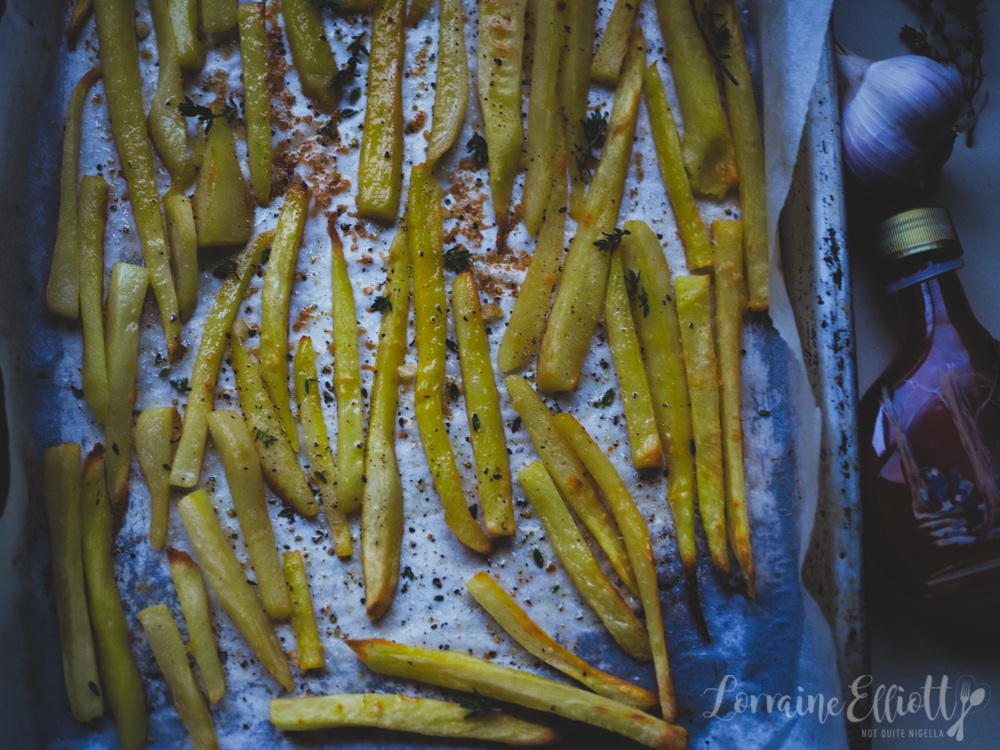 I know that the photos on this aren't amazing and I apologise in advance for this. I was really busy that afternoon and time crept up on me. I know many of you love winter but I hate it for many reasons and one of them is how it truncates my working day so that I have to have all my dishes ready to photograph by 3pm or I miss the light.

I used to love going to Sydney Park during summer to walk Teddy but now we just walk in our neighbourhood because it is so dark by 5pm. I have terrible night vision even with glasses or contact lenses. We rounded a corner and I saw something that looked rather peculiar standing outside a convenience store. "Is that a chicken?" I said staring down curiously. "Oh my god," muttered Mr NQN. It was a small dog but in my (albeit weak) defence it was a Pekingese mix so I mistook the tail for a plume of feathers of a rooster.

The owner just smiled, amused (I like to think that others may have mistaken his dog for a chicken). Then we walked past a school and a father and daughter exited out one gate right behind me but I didn't see them and it was only when I heard the squeaking of the gate that I let out an enormous, blood curdling scream.

As you can see, I really can't wait for winter to be over for many reasons!

So tell me Dear Reader, are you on team parsnip or not? Do you have good night vision?

Serves: 4 as a side dish 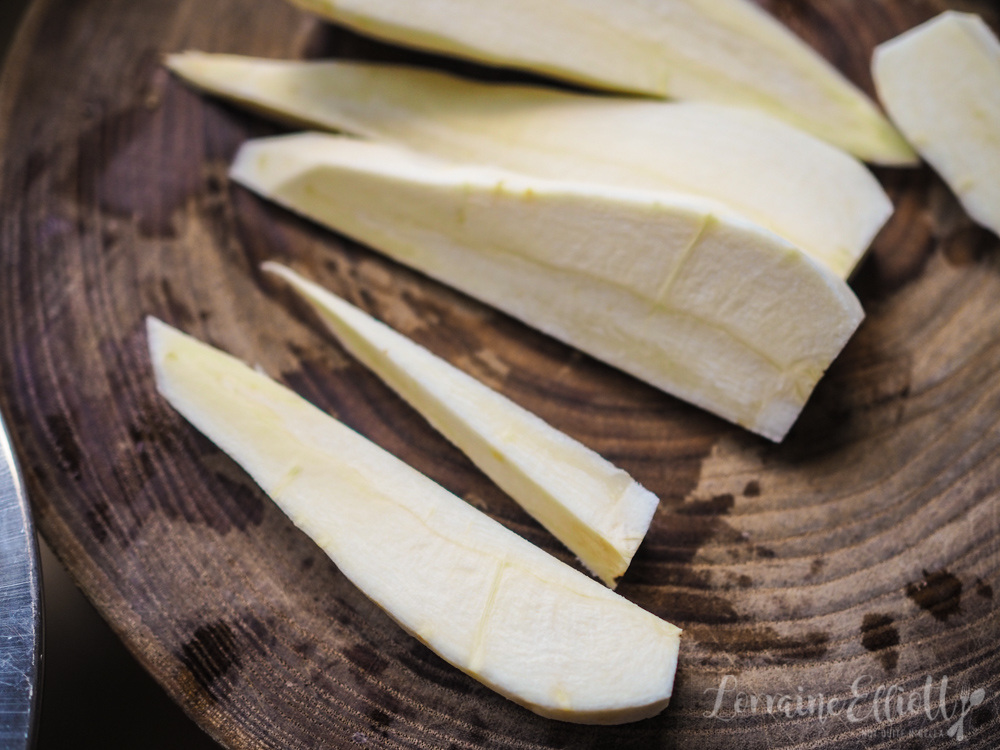 Slicing out the woody core

Step 1 - Preheat oven to 220c/440F and line a baking tray with parchment. Bring a pot of water to boil. Peel parsnips and then cut into two inch lengths. Cut each in half and cut out the woody core. Boil parsnip pieces for 3 minutes and then drain. 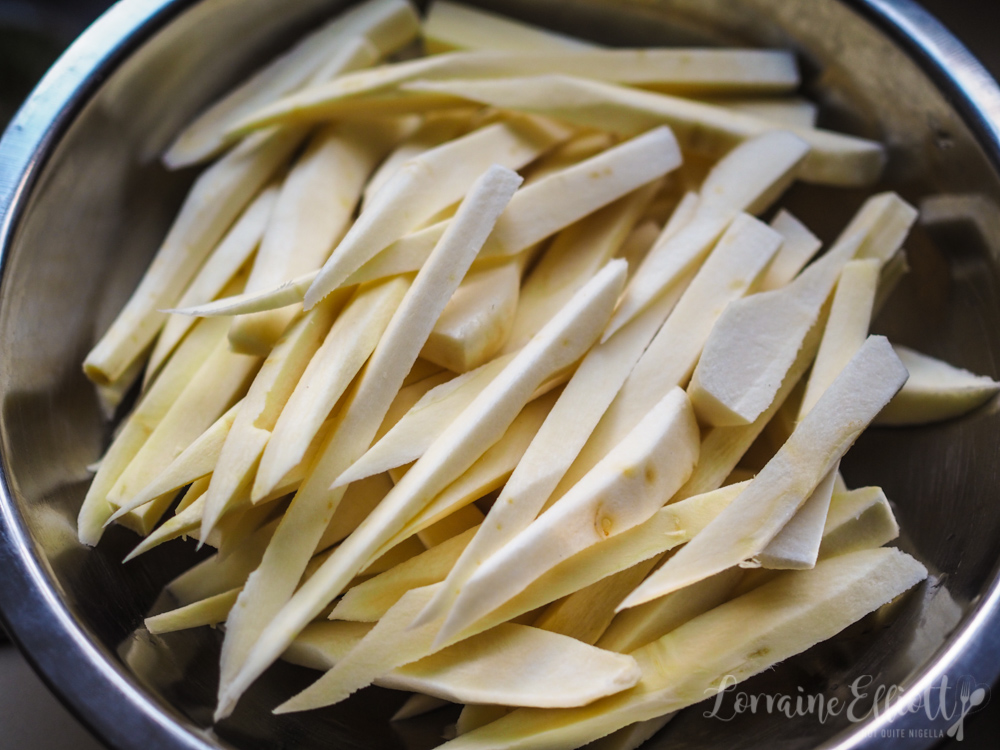 Step 2 - Melt the butter and mix with the oil, maple syrup and garlic and gently toss the parsnips in this mixture. Bake for 20 minutes turning over 3/4 of the way through. 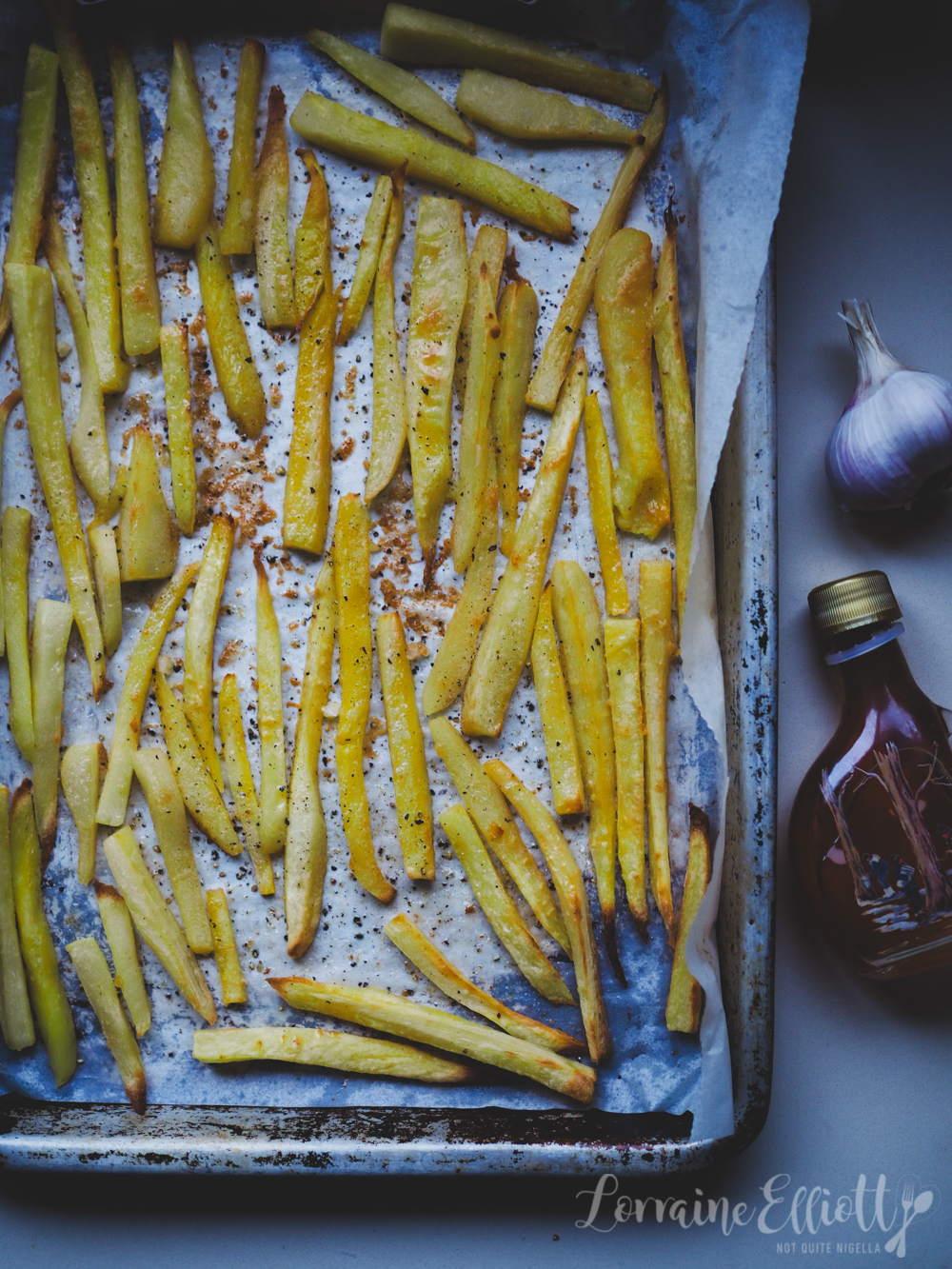