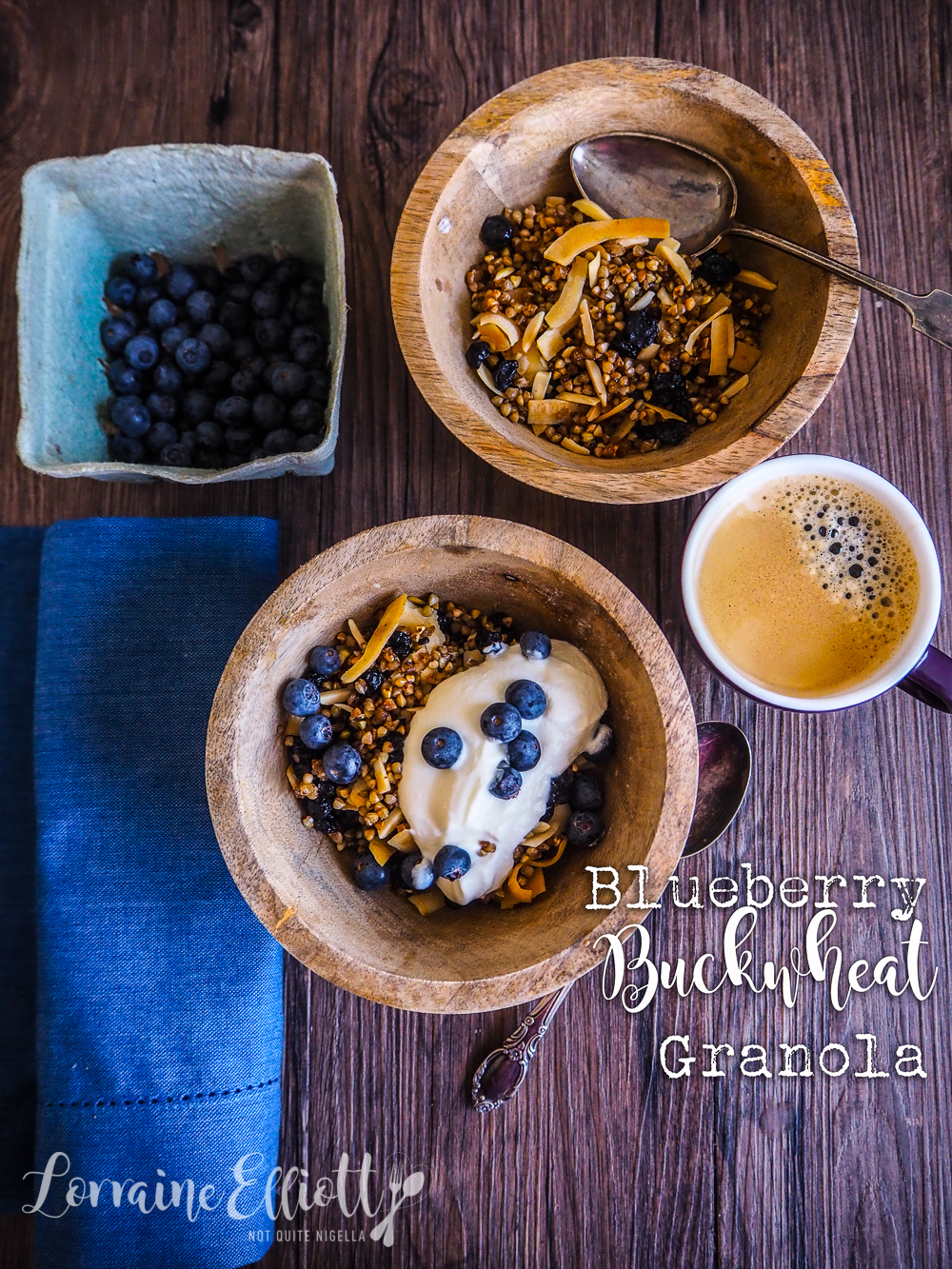 If you're looking for a gluten free cereal that is full of flavour and crunch then look no further than this spiced buckwheat blueberry, coconut and almond granola! It's a cinch to make and has so much flavour and texture - you'll never have to buy cereal again!

I'm busily trying to use up the things in my cupboard and recently Mr NQN told me that he needed to lose weight. He hasn't been cycling or climbing because it has been so cold in the mornings and he said to me, "I'm getting fat" in a sombre manner. 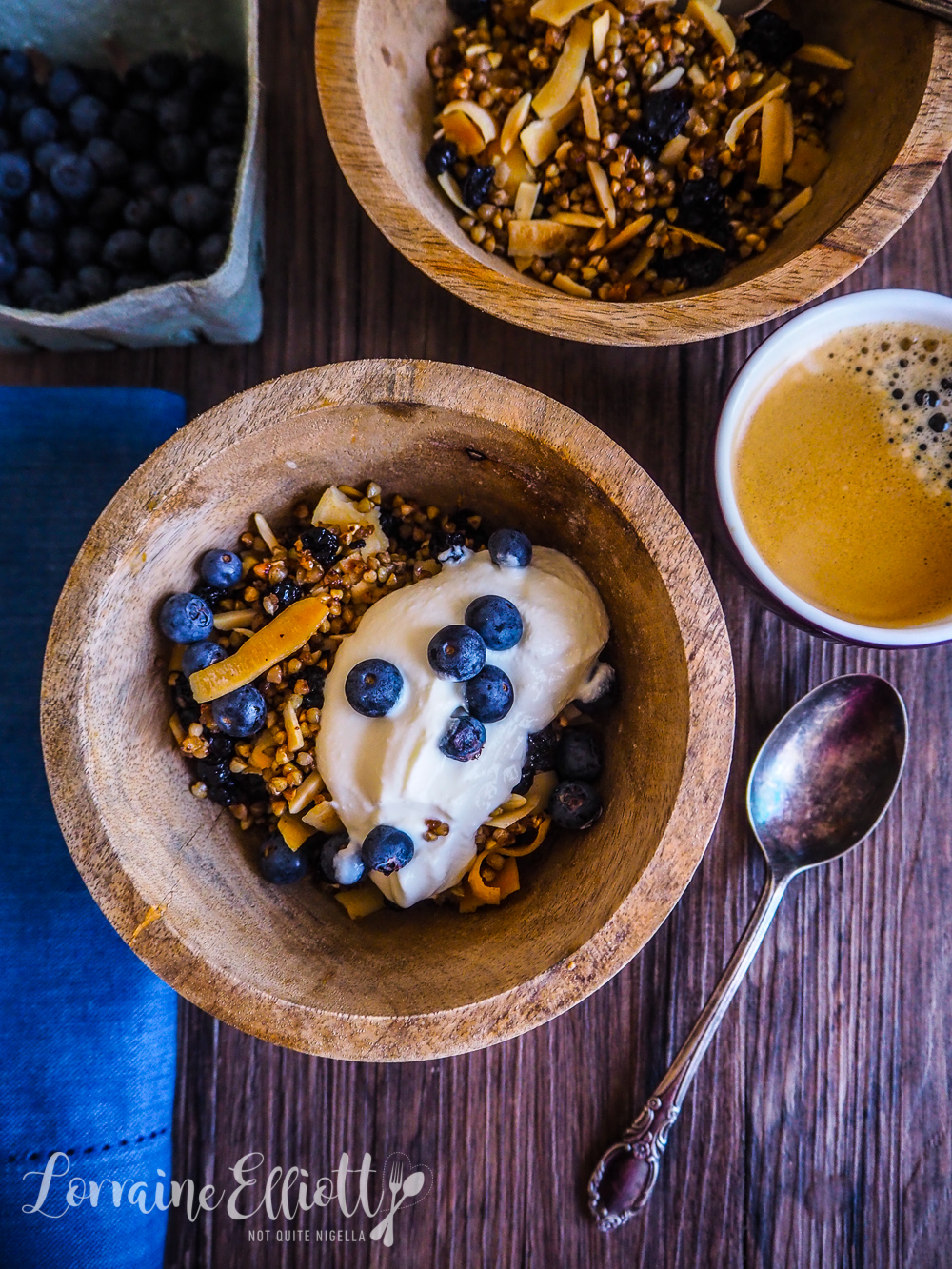 It's all relative, for him being fat is not being extremely lean but I have been trying to fill his lunchbox with less cakes and biscuits and more cereals, fruit and yogurt. So I made up this buckwheat cereal. I loved the combination of the spices, coconut, almond and crunchy buckwheat with the slightly tart but sweet dried blueberries 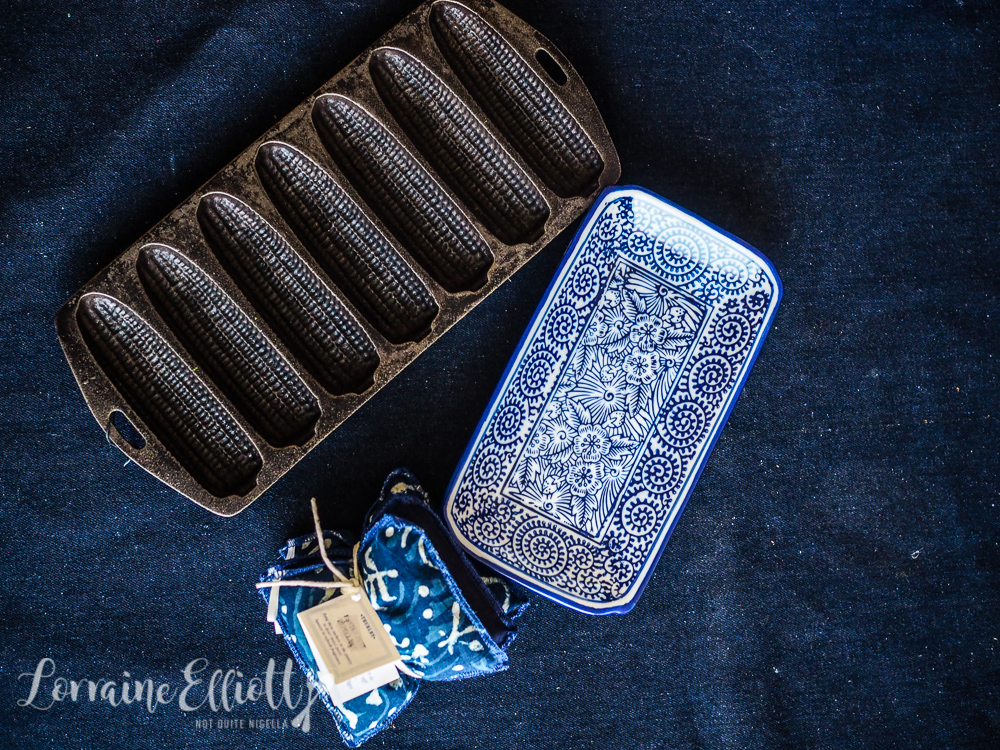 I also have some interesting things "In My Kitchen" hosted by Sherry from Sherry's Pickings. These are things from my birthday last month. The first is a present from Louise and Viggo. There's a lovely patterned blue and white plate for styling as well as a vintage corn cob cornbread tray. There's also a handy gift which is a scent pouch to keep creepy crawlies away in your pantry. 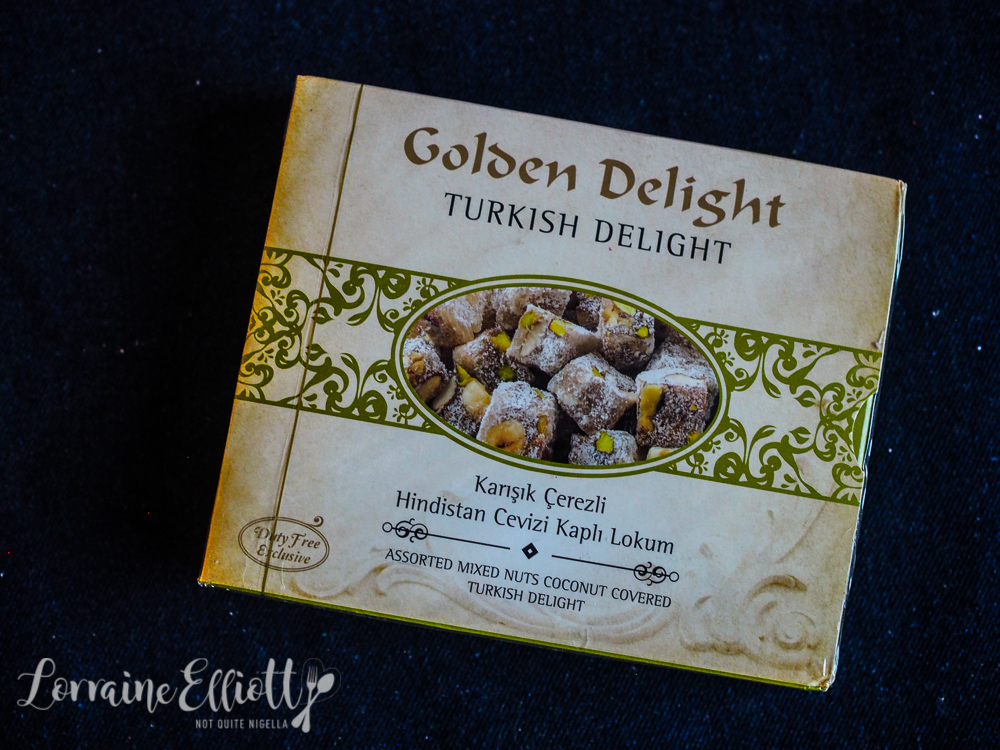 The second gift is from Nina, it's Turkish Delight from Turkey with pistachios. 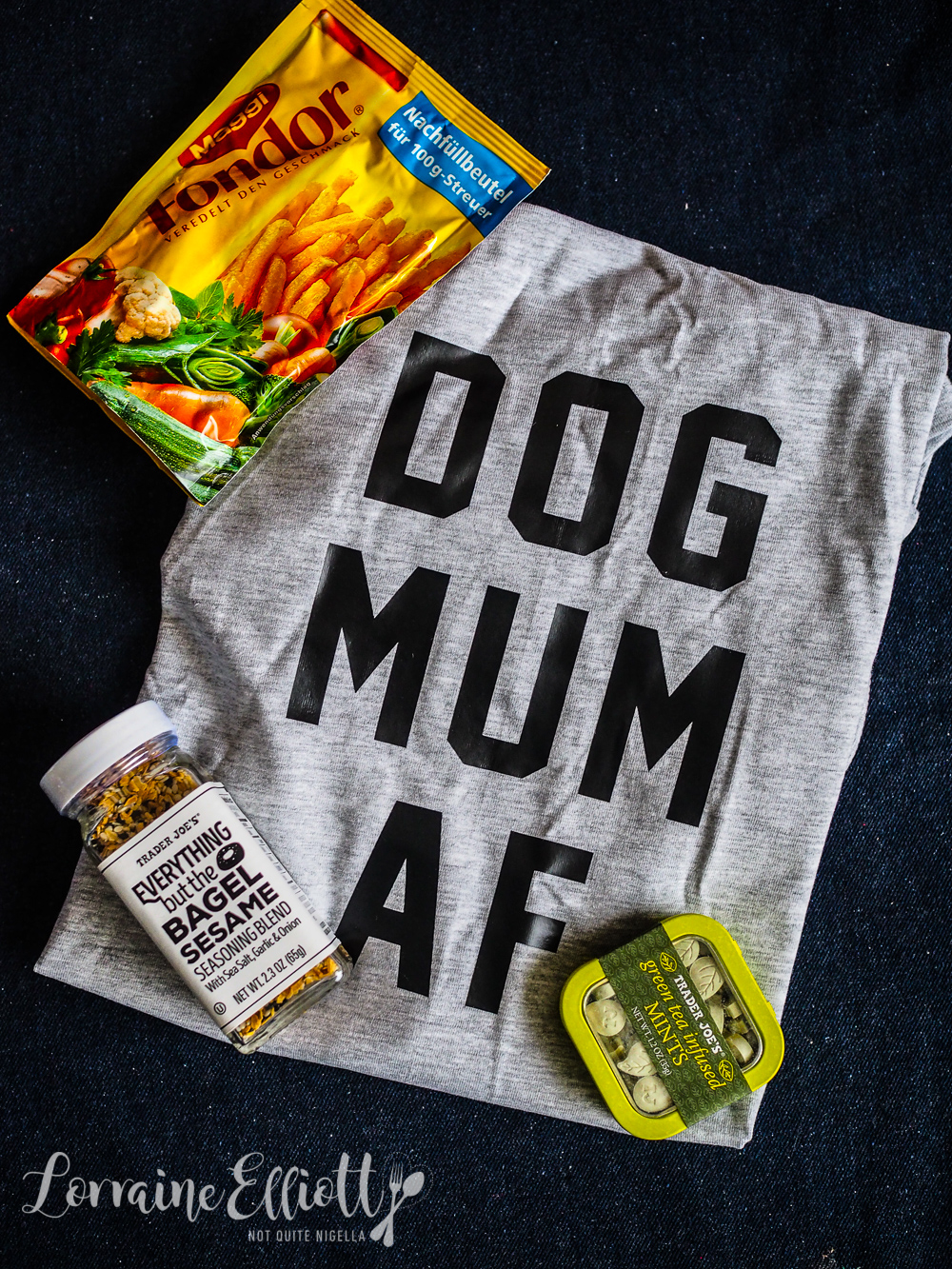 The third gift is from Ivy and Ryan. Ivy and I bonded over our mutual love of rescue dogs, particularly senior rescue dogs so this t-shirt was just about the perfect gift for me. The rest are food gifts-she and Ryan are obsessed with green tea and matcha and eat it every day so there are green tea mints as well as the Trader Joe's "Everything but the bagel" seasoning mix (learn how to make it at home here) and a sachet of her secret weapon: Fondor's seasoning! 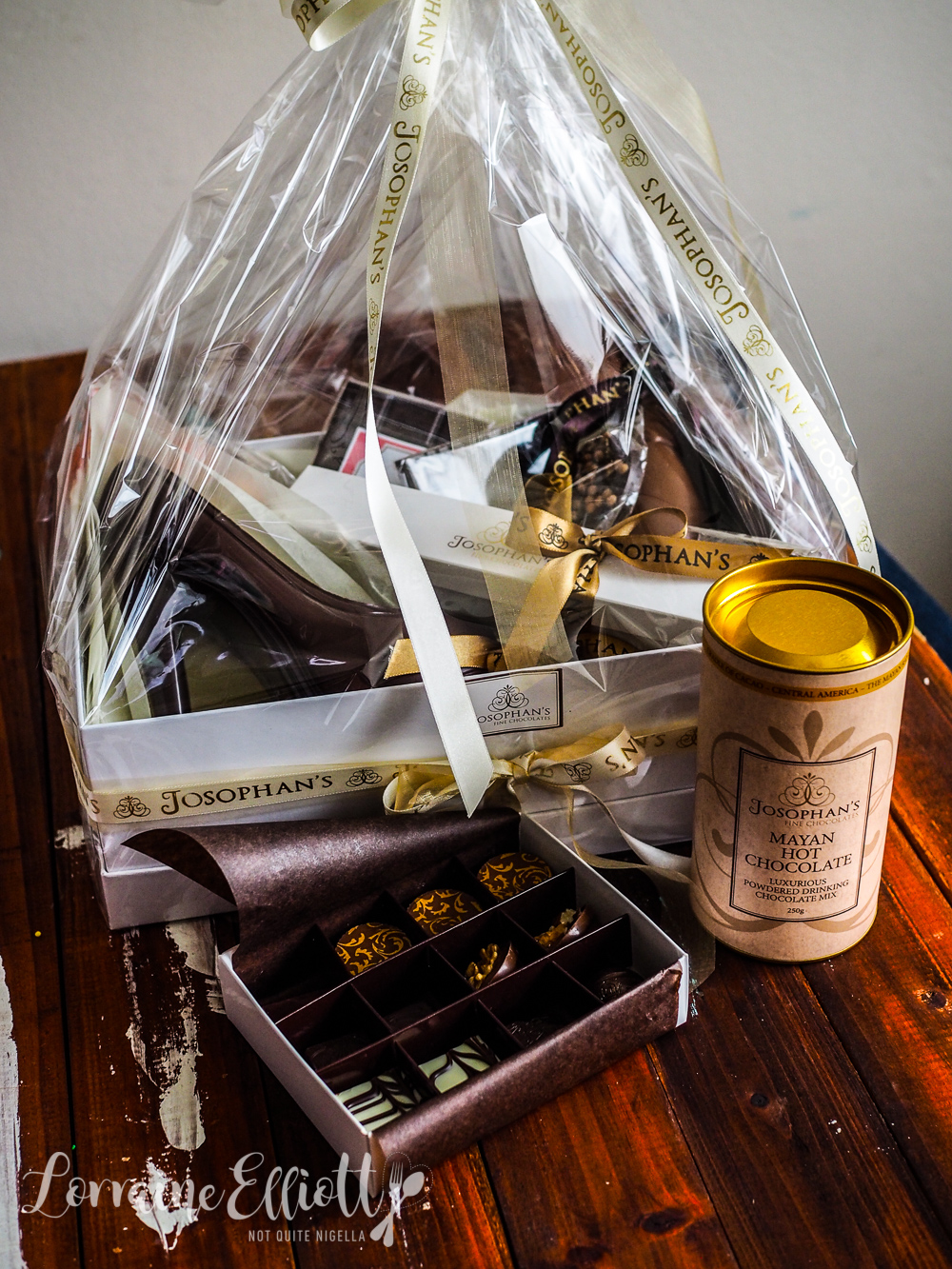 Other than that there has been a lot of chocolate consumed, this is from the wonderful chocolate hamper from Josophan's chocolates in the Blue Mountains. Hmm maybe that's the secret to Mr NQN's mystery weight gain!

So tell me Dear Reader, have you found it hard to get out and exercise or keep fit during winter? Has your consumption of chocolate increased? 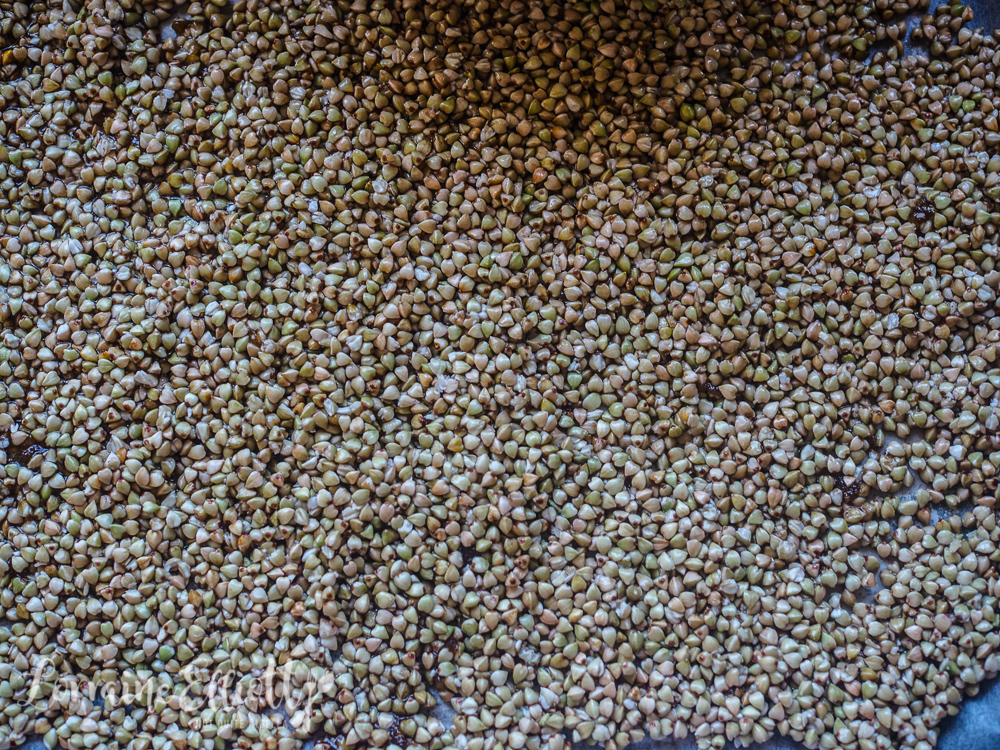 Step 1 - Preheat oven to 130C/266F. Soak the buckwheat in plenty of water for 2 hours. Rinse under cold water through a sieve draining well. Add the buckwheat to a bowl and toss with syrup, coconut oil, cinnamon and nutmeg. Bake for 20 minutes, then redistribute the granola and bake for another 20 minutes until it is dry (this helps it keep longer). 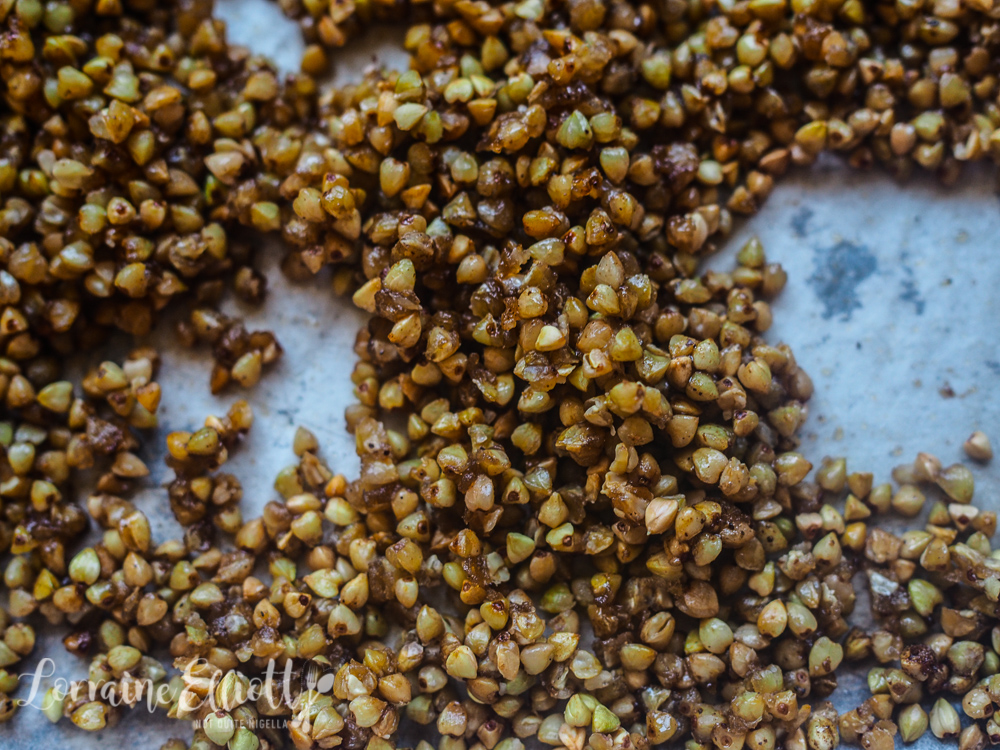 Step 2 - Toss in a bowl with the almonds, dried blueberries and coconut chips. 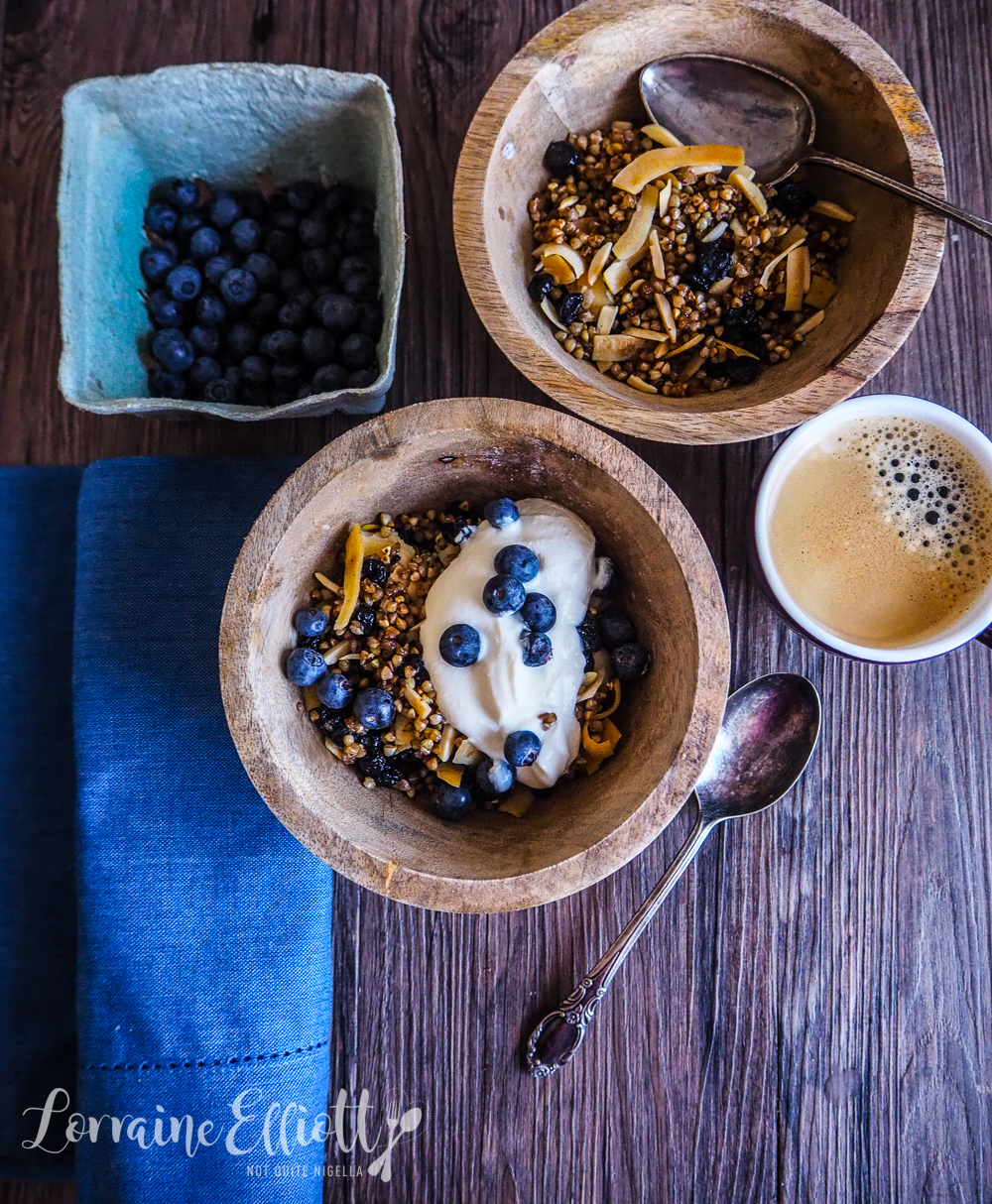