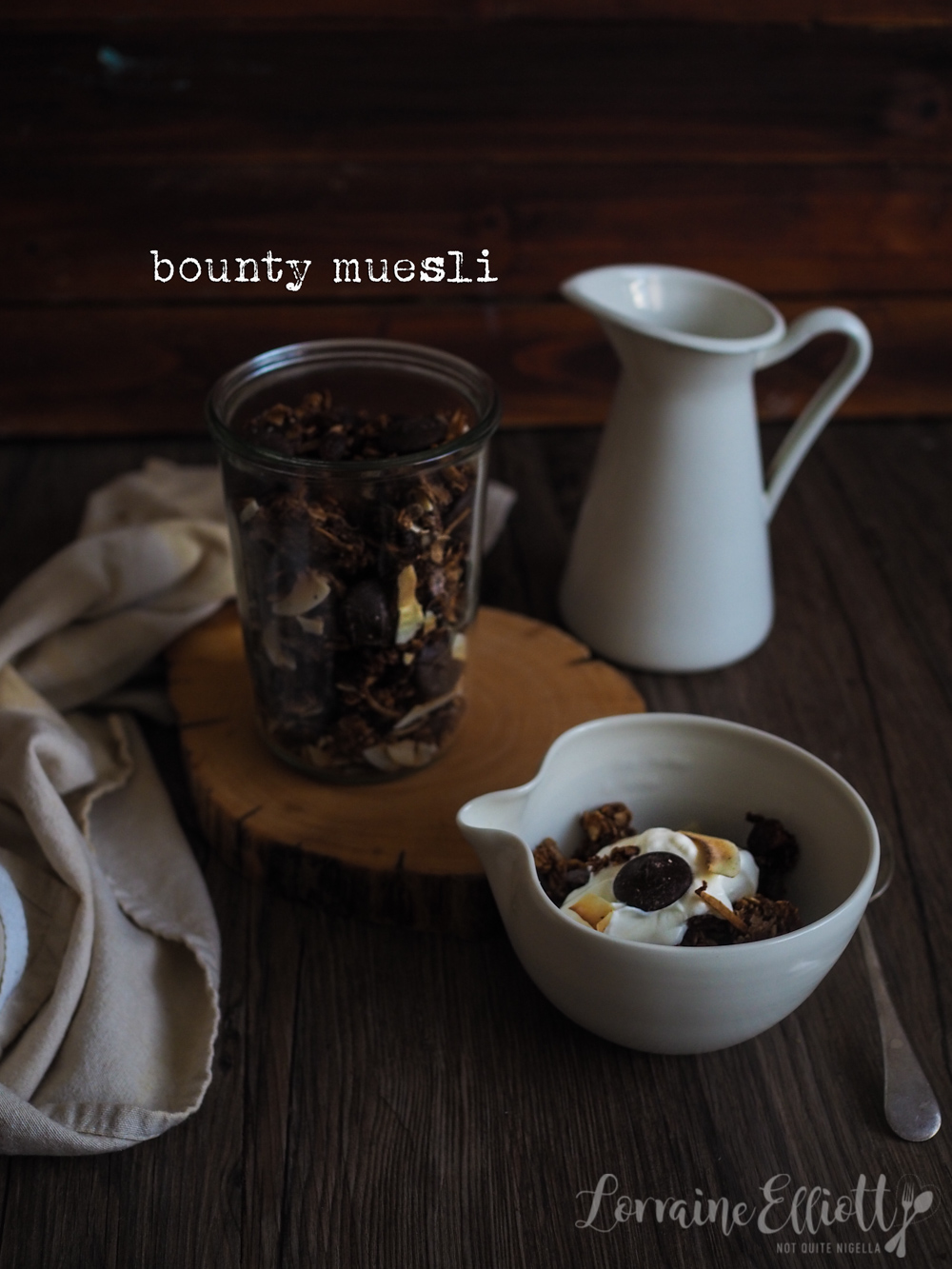 In case you're reading from outside Australia the reason why I called this Bounty muesli was after the coconut chocolate bar called Bounty. I cannot stress how delicious this bounty muesli is and how easy it is too. I actually eat this as a snack in the afternoon rather than having it with milk for breakfast. I love the distribution of chocolate and coconut among the oats so it's a bit healthy and a bit fun too.

This toasted muesli is healthier! Usually toasted muesli is delicious because of the sugar and oil used but this version doesn't use all that much of either. I used homemade apple puree made in the Thermomix instead of using a lot of sugar.

This muesli is versatile. Sub the nuts for whatever nuts you have-walnut, almonds or pistachios are great! Sub the fruit for whatever dried fruit you like. Dried cherries are fancy but delicious. Dried cranberries are also good as are dried blueberries.

Tip for making toasted muesli crunchier: Spread it out and in a thin layer to toast quicker and bake it on two baking trays. If it is bunched up together it takes longer to toast or dry out the mixture . 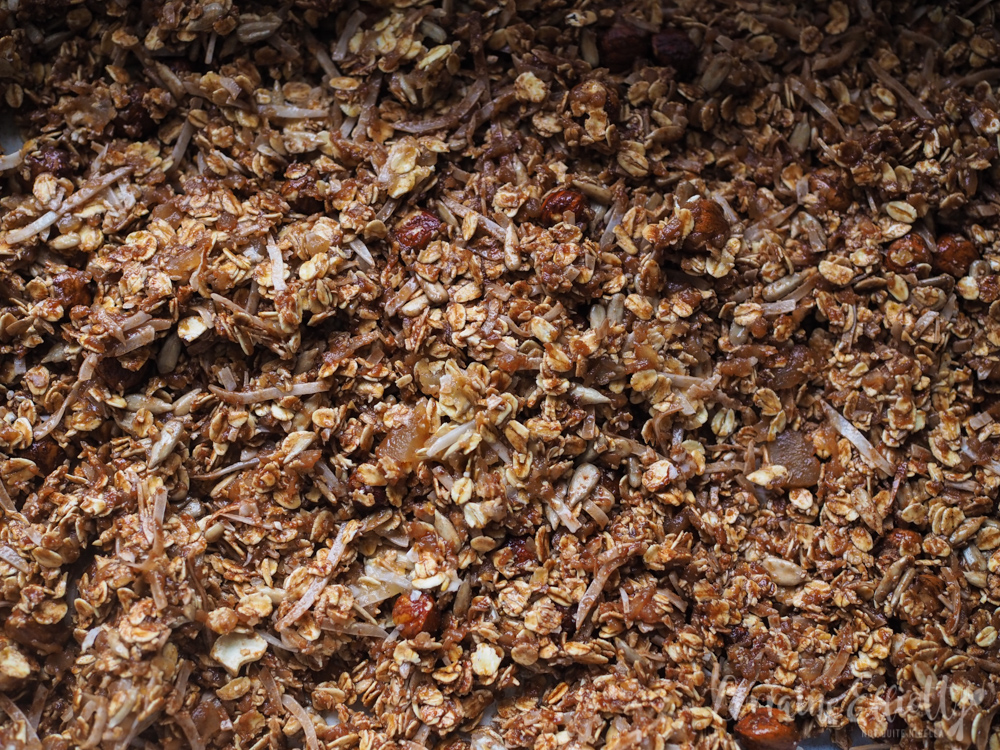 I have been baking like a demon lately because that's what I do in times of unrest and crisis. How are you doing so far any fellow lockdowners? So far we've been going well even though it has felt like a long time. The reason is that we actually started our voluntary isolation a week before we officially had to. As soon as we heard there were cases we went to ground - Mr NQN said rather gleefully, "Time to bunker down!" and I swear he rubbed his hands with glee like a villain. Well an introverted villain who loses patience with his wife's extensive social outings.

I'm glad that we did because we live in the Eastern suburbs and there are still to this day cases popping up around us and it's like a sick game of whack a mole. So far we are doing well and I've only photobombed Mr NQN's zoom meetings twice, both times in my pyjamas (my photography props are in that room). Also this time we seem to have more patience with one another and there seems to be less stress related to hoarding and procuring provisions. So whilst it's not ideal it isn't anywhere near as terrible as the first lockdown which is good all things considered.

So tell me Dear Reader, do you wait until told to lockdown or do you do it earlier? Do you like Bounty bars or the chocolate coconut combo? 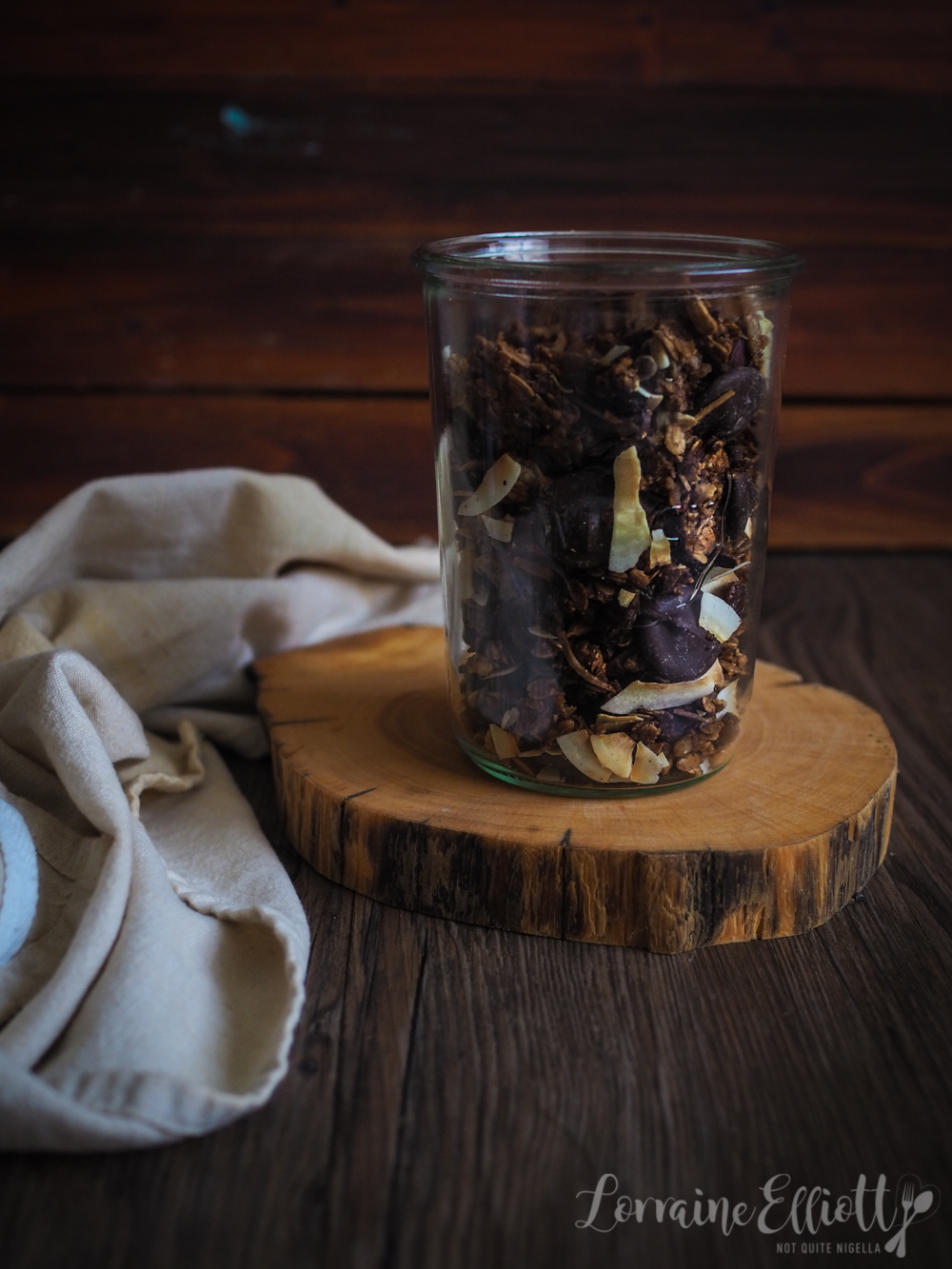 Note: If your coconut flakes are untoasted, then add them in with the main mix rather than adding them at the end. 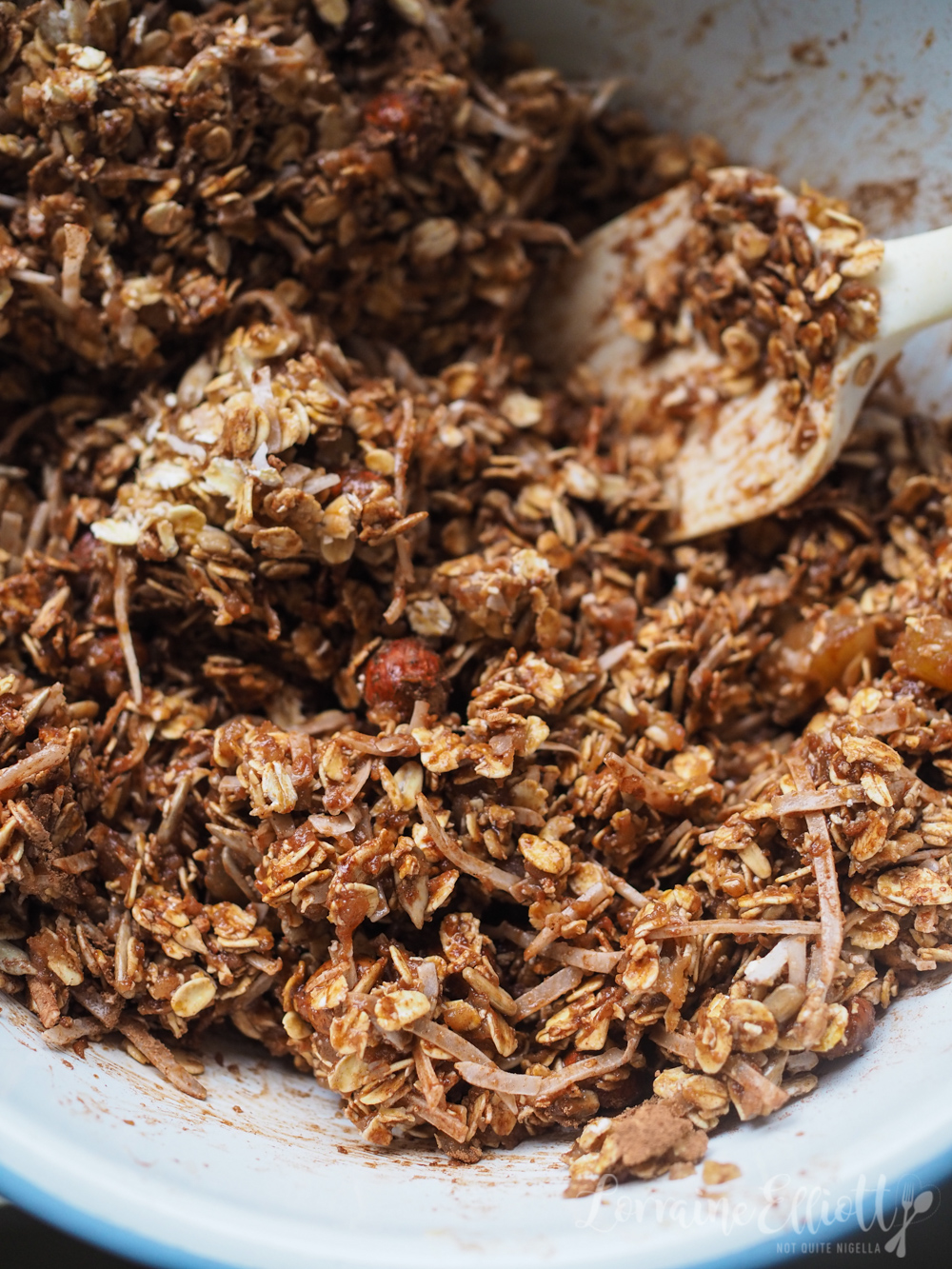 Step 1 - Mix the oats, sunflower seeds, desiccated coconut, brown sugar and cocoa powder in a bowl-using your hands to mix this is surprisingly helpful. Then mix the apple puree, oil and vanilla and toss to coat. Spread across a very large or two medium baking trays lined with parchment and bake for 20 minutes.

Step 2 - Remove from oven and redistribute the muesli so that the oats from the centre move out towards the edge. Then add in the hazelnuts and return the mixture to the oven for 20-30 minutes or until the muesli is crispy. Add the extra coconut, dried cherries or sultanas and chocolate once cooled.