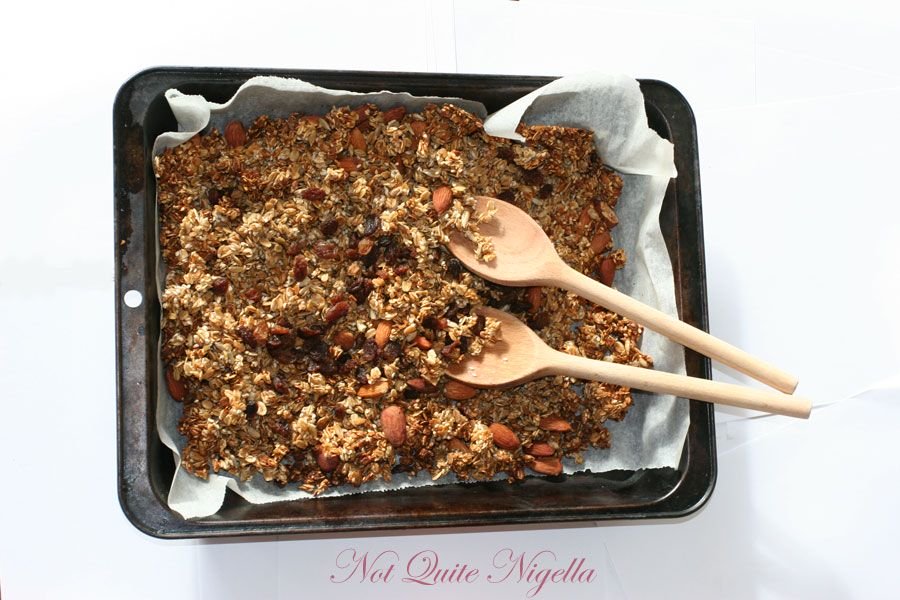 This has got to be one of my favourite cereals, not only for its gloriously nutty and crunchy taste but also for its nutritional benefits. Without meaning to bore you with the boring health details, the fact is that it is incredibly low in fat (the only fat being what is in the nuts and seeds), its also full of those fabulous seeds sunflower and sesame as well as being made up primarily of rolled oats which are also very good for your health. The most important part though, the taste, is more delicious than anything muesli you'll ever buy (I always find the untoasted ones dry and the toasted ones are sprayed in oil). You can customise it to have the nuts and fruit of your desire (I sometimes add pepitas) or even make a chocolate and peanut version. It can also be made into breakfast muffins so there's really no excuse not to try it. 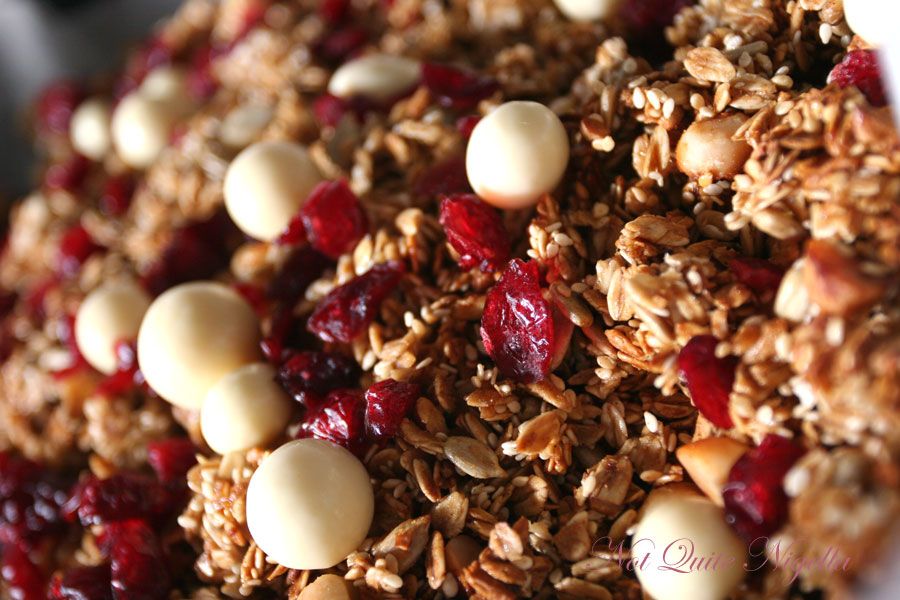 Nigella suggests using dried cherries but I would also recommend adding dried sweetened cranberries or craisins or even, for a real indulgence, some yogurt coated sultanas and macadamia nuts along with the dried cranberries. My husband loves this granola topped with thick yogurt and a drizzle of honey instead of milk. I couldn't resist making this Christmas-ey looking granola for our big Christmas get together. Is there even such a thing as Christmas granola?

I find that buying the big 500g or 1kg bags of sesame or sunflower seeds makes it much easier to make this often. I also omit the oil completely, I don't think it suffers from leaving it out at all and instead of using apple sauce, I use apple juice, just because we always have apple juice and it makes it crunchier whereas the apple sauce leaves it a little softer. 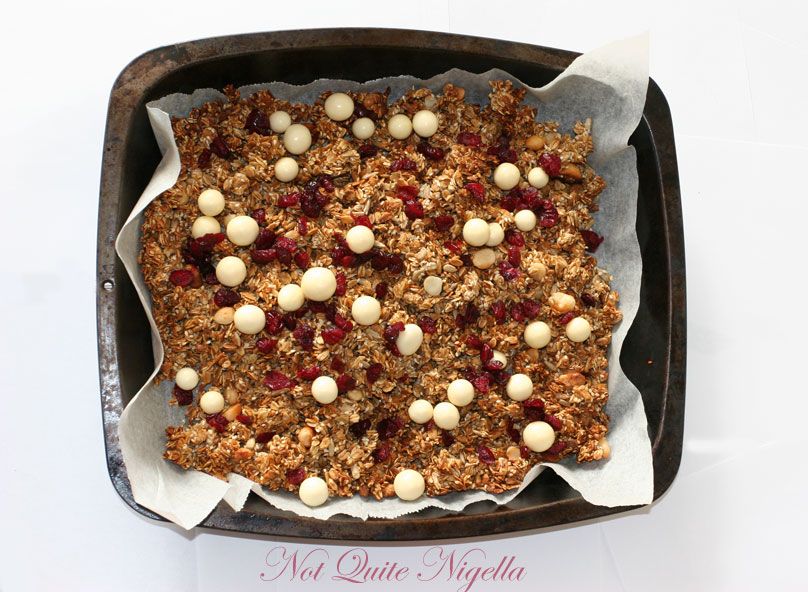 This is an extraordinary bonus from my last book, in the sense that while I was on tour in the States to promote Forever Summer, I did a signing in a borders in Fairfield Connecticut and just behind the bookshop was a deli called The Pantry. Well I can never buy enough, don't even know what that would mean: I always leave any food shop with about five shopping bags, even when I know I'm going on a transatlantic flight the next day. So I shlepped home with tags of good things to eat, including (and probably illegally, I'm afraid) several tons of their granola. I got so anxious about the prospect of finishing even that copious supply that I phone for the recipe-it happens to be only the best granola you'll ever taste in your life-and Andy Rolleri supplied it, for which I am enormously grateful. Every time I've given this to people, they've asked for the recipe and have gone on to make it at home. That can only be a good sign.

You may think that making your own breakfast cereal is a strange way to go about life and certainly I'd never have thought I'd be the kind of person who does this, but the only big deal here is the shopping-the actual making is incredibly easy-and even there, don't be daunted by the length of the ingredients list. It means one big sortie to a health food shop and then you've got the goods to make this again and again. I love having a big jar of it in the kitchen, to eat with milk for breakfast, over yogurt and frizzled with honey late at night, or as it is, by the grasped handful, any time I pass the jar. 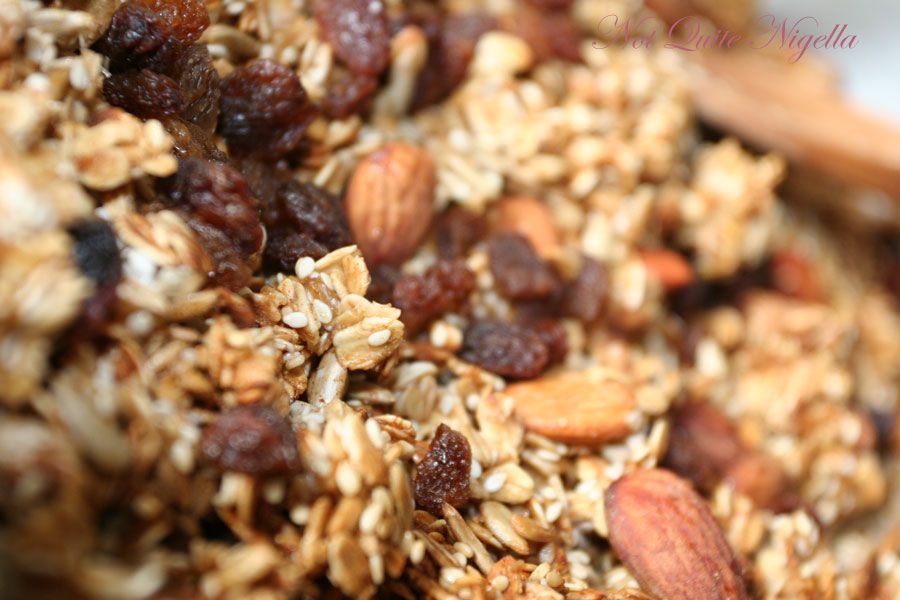 Note: I make a chocolate and peanut version of this, using 300g raw peanuts in place of the almonds, and adding 25g best quality cocoa powder along with the oats, sunflower seeds and sesame seeds, giving everything a good raking over with my hands so that the cocoa is evenly dispersed before I add the remaining ingredients. And I sometimes leave the raisins out of Andy's granola, but I absolutely never include them in this version. You could however tinker with the idea of some dried cherries.

From Feast _by Nigella Lawson _