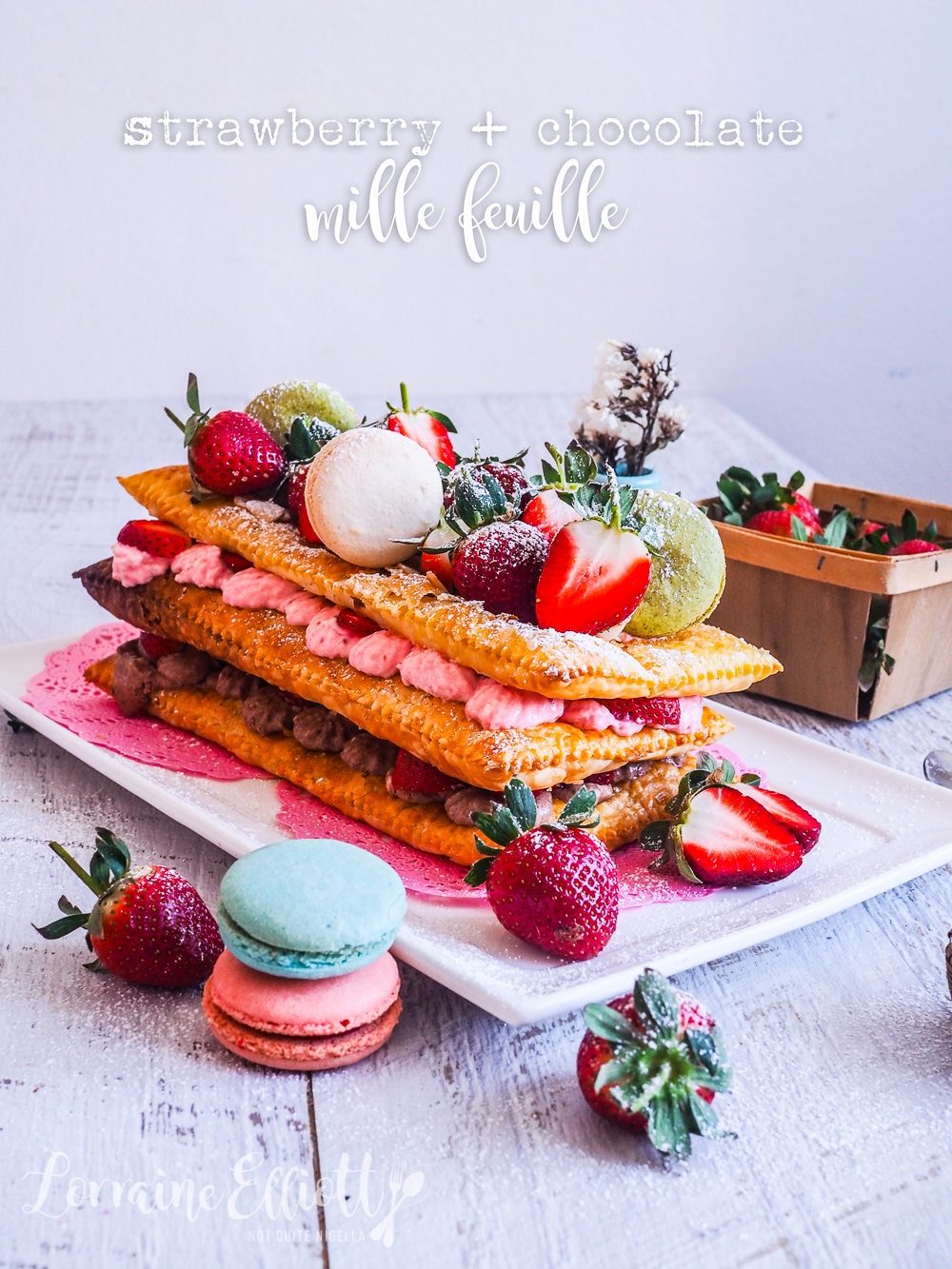 Strawberries are abundant now and you can make this deliciously light and easy strawberry and chocolate mille feuille. It comes together in little time and yet looks like it is a production! I promise I won't tell ;)

A mille feuille is a simple enough idea-three layers of butter puff pastry sprinkled with raw sugar for extra crunch and a top layer of slivered almonds. These pastry layers are sandwiched with layers of strawberry and chocolate mousse and sliced fresh strawberries. It is then topped with macarons and more strawberries because you can never have enough berries!

Mille Feuille, meaning a thousand layers, is a dessert for a crowd as it is best eaten on the day that you make it because the pastry can go soft. It's usually filled with crème pâtissière but I used mousse. And it was devoured quickly by everyone as it's a light cake that you can easily serve after dinner or for afternoon tea and is such a pleasure to eat. It also makes use of the strawberries that are abundant in the markets right now at an absolute steal.

Speaking of shopping and steals, Dear Reader, do you remember how I mentioned that I had an issue with a dress that I bought from Revolve? Well less than a week after the stinky dress arrived, I received another package from another company that was even more unsavoury. I should preface this by saying I buy pretty much all my clothes online because I don't like changerooms and prefer to try things on in the comfort of my own home and while I've had packages arrive late, I've never had anything like this latest batch happen. 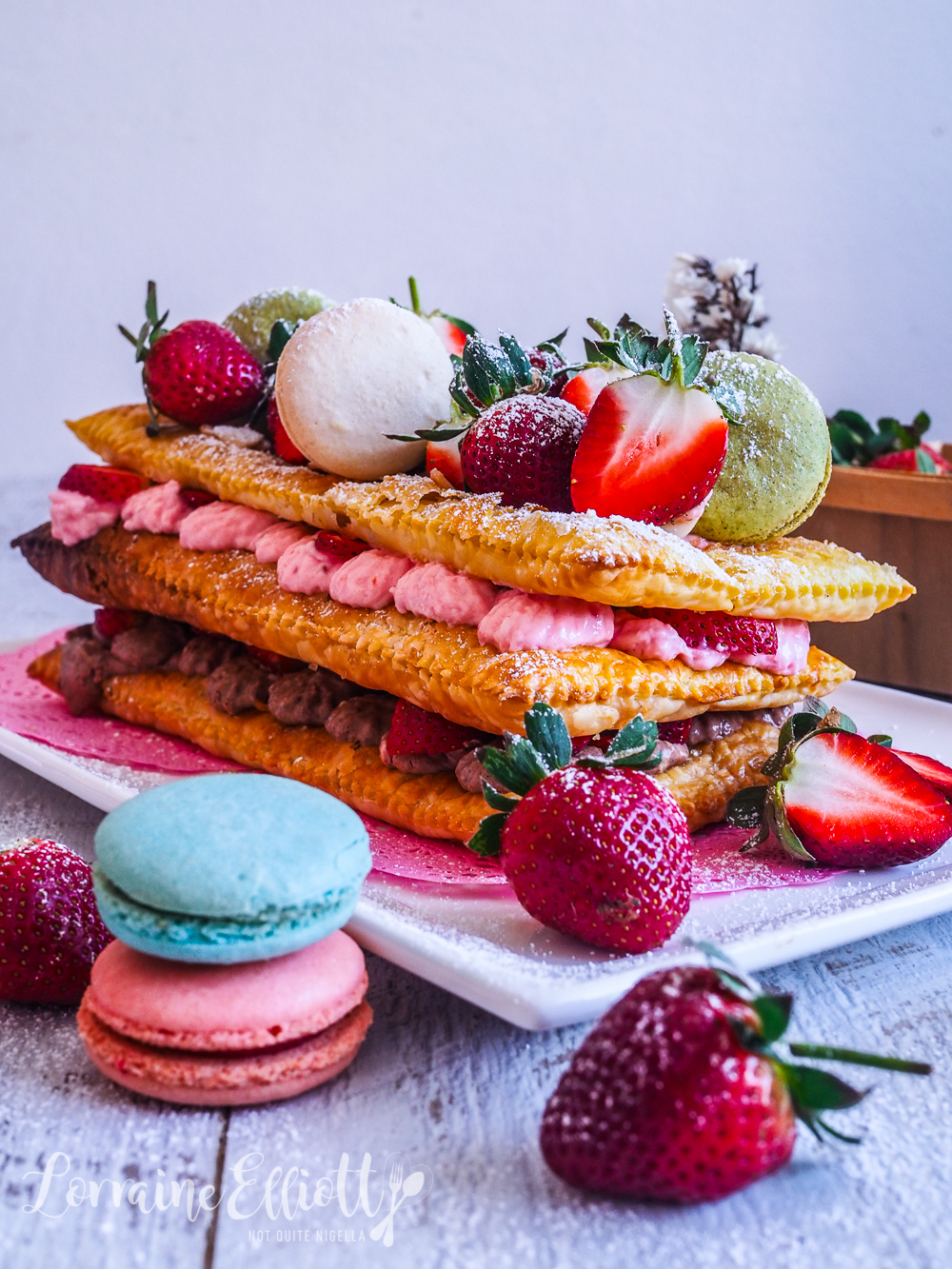 It happened to be some lingerie that I had bought. There are some stores that will let you try on and return them and I've bought from brands like Pleasure State before and it was a fantastic experience (fast, free shipping, perfect items).

My ASOS package arrived after 2 weeks-a bit more than the express shipping that I had hoped for. I opened it up and used the face mask and then tried on the lingerie, rather delighted that it fit well. All was fine and I showed my new purchase to Mr NQN.

"Um, take it off," he said seriously.

And no I don't mean, take it off in a sexy way. He was staring at the lower belly area with a deep frown etched on his face.

"What? Why? What is it?" I said panicking. It's usually the tone he uses if a bug is on me or something.

"Just take it off," he repeated. 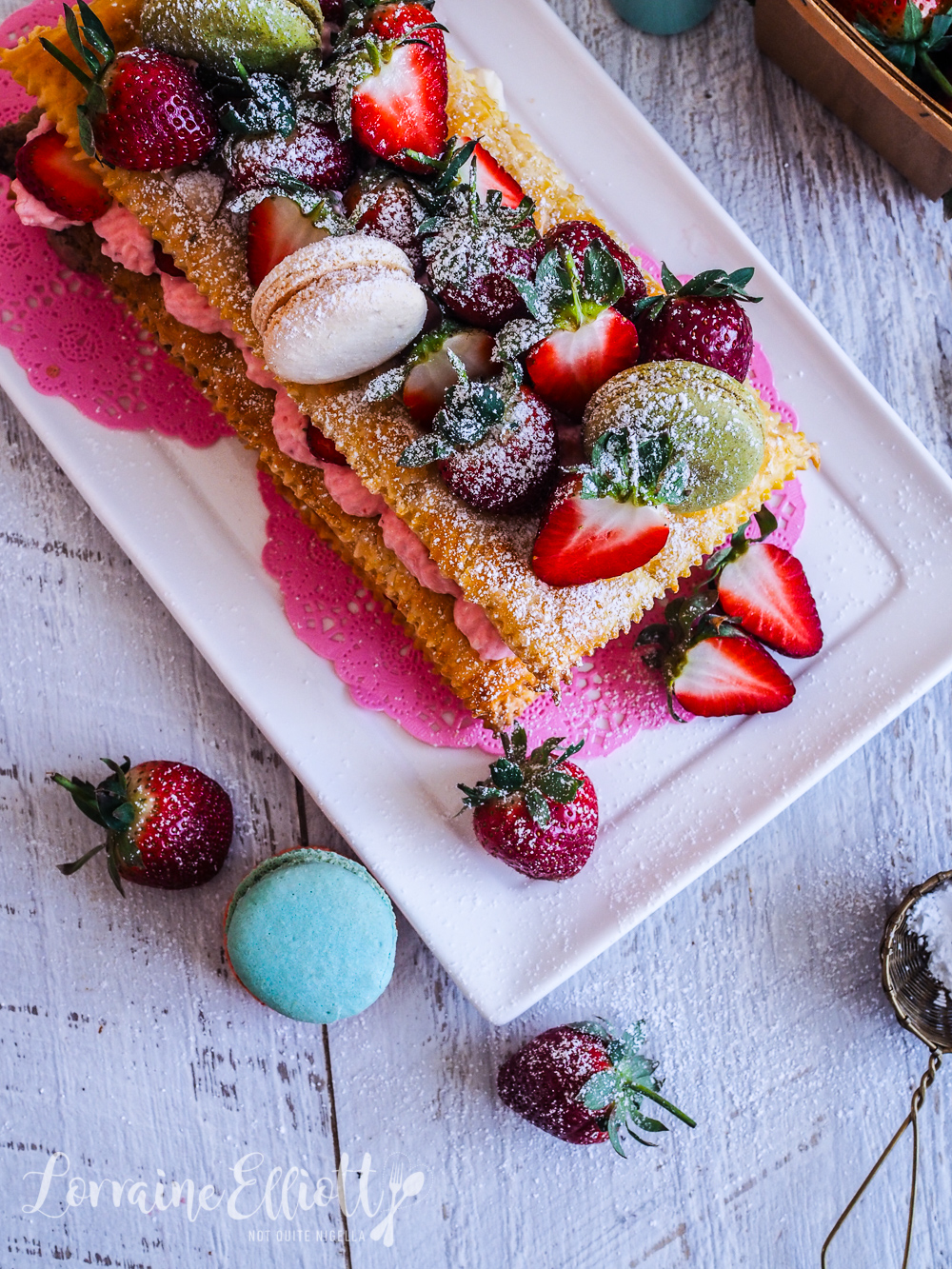 I did so and he examined it closer under the light. As soon as we both saw it we recoiled. There were three whitish, clear drops on it, just above the crotch area.

"But I doubt it because nothing is glued to it," he added. That was unhelpful to add.

"Urrrgh, it was on me," I said shuddering. It was a sheer material and it was on my skin.

I contacted them straight away and their response? "Someone will get back to you within 7 days," which was pretty pathetic. 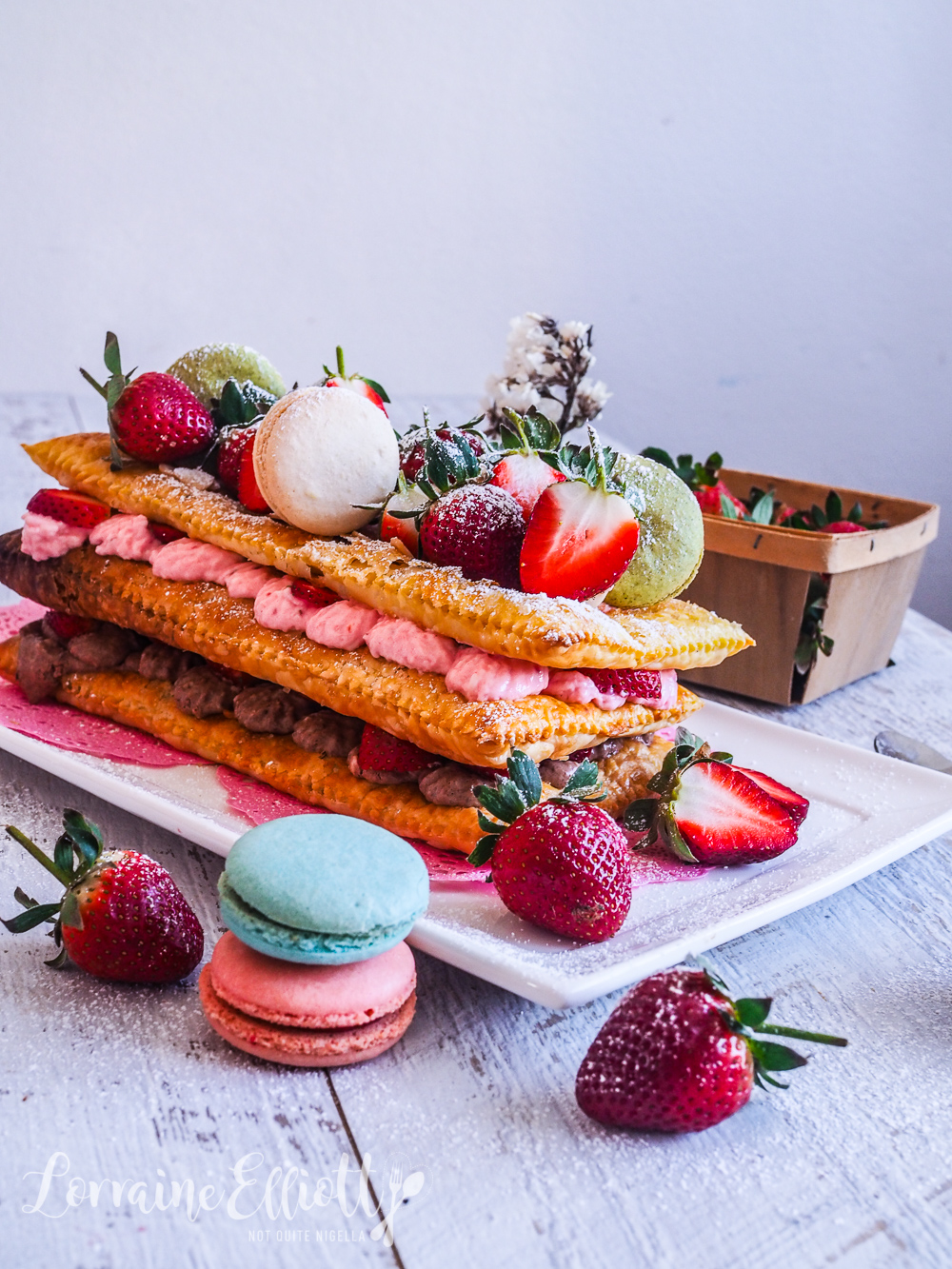 After 7 days nobody did actually contact me so I messaged ASOS via their facebook page and there was no apology or concern (feigned or genuine) whatsoever. They simply said that they had posted me out a new one and I needed to return the old one asap.

So yes, be careful when you shop online with ASOS because while I've had stinky clothes or late packages or items missing, I've never had something as suspect as that!

So tell me Dear Reader, do you buy much online? Have you ever had anything like this happen before? And what fruit are you loving at the moment?

Step 1 - Firstly bake the puff pastry. Preheat oven to 220C/440F and line two trays with parchment. Cut into even sized rectangles and lay on a parchment lined baking sheet an inch apart. I used a ravioli cutter to make a pattern on the edge but you can also leave it plain. Brush with egg wash and bake for 15 minutes. 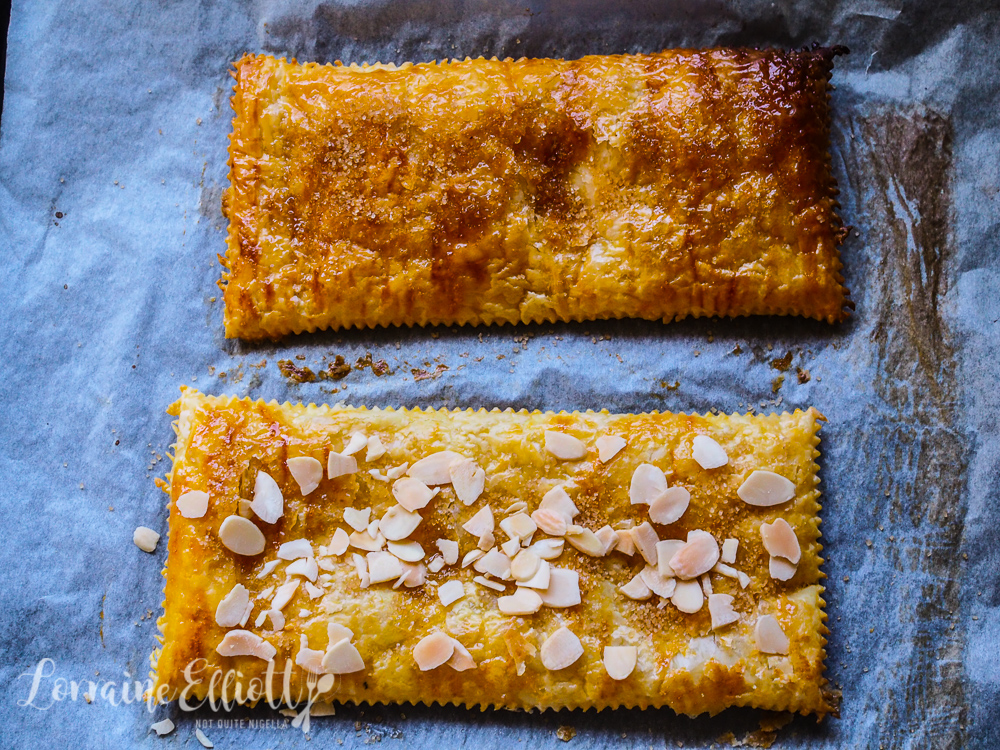 Step 2 - Brush with a bit more egg wash and sprinkle with the sugar on all three layers. On one layer add the almonds. Bake for another 5-8 minutes. Cool on a rack.

Step 3 - Sprinkle the gelatine on the water and heat until liquid and clearish. allow to cool for 5 minutes. Whip the cream and icing sugar together until soft peaks form and then add the gelatine mixture. Divide into two bowls and mix one with the sifted cocoa and the other with the strawberry puree. 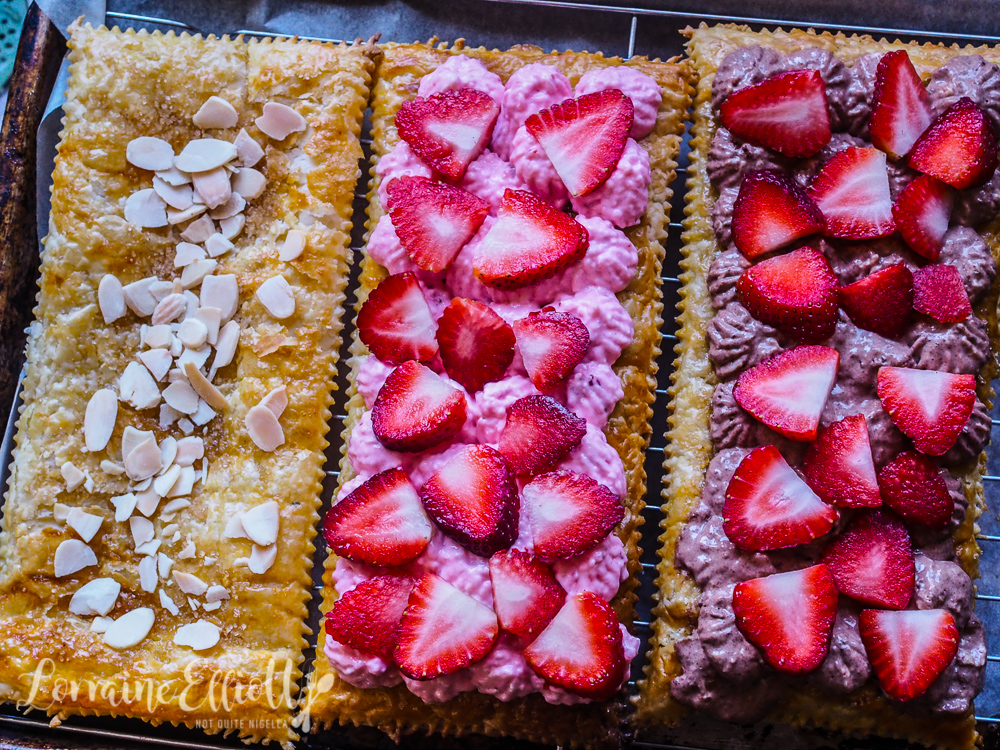 Step 4 - Place each in a separate piping bag fitted with a 867 piping tip or a plain tip. Do a practice pipe on a plate and if the pattern holds, it is ready to pipe, otherwise pop the piping bags in the fridge for 5 minutes at a time to firm up. 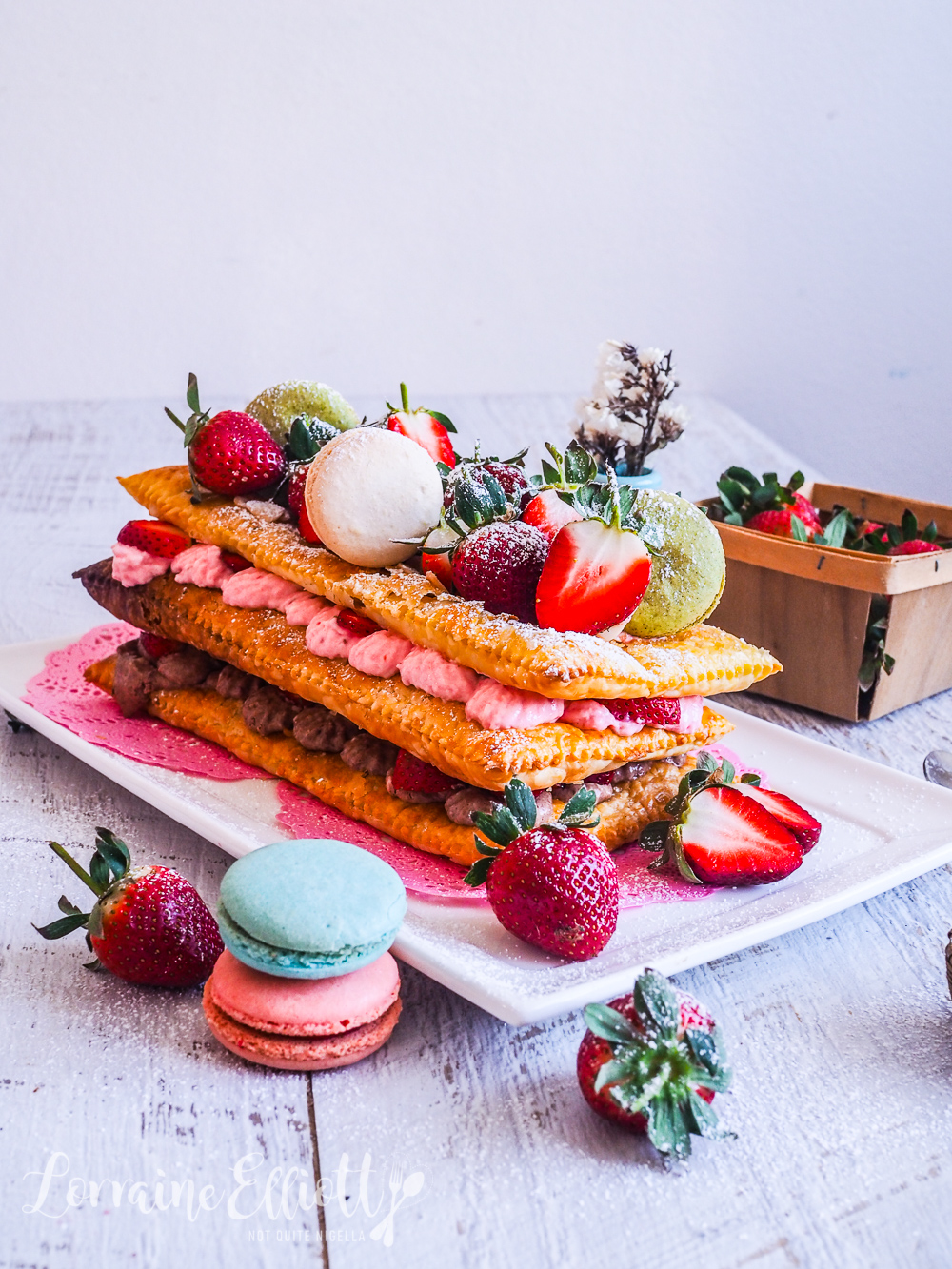