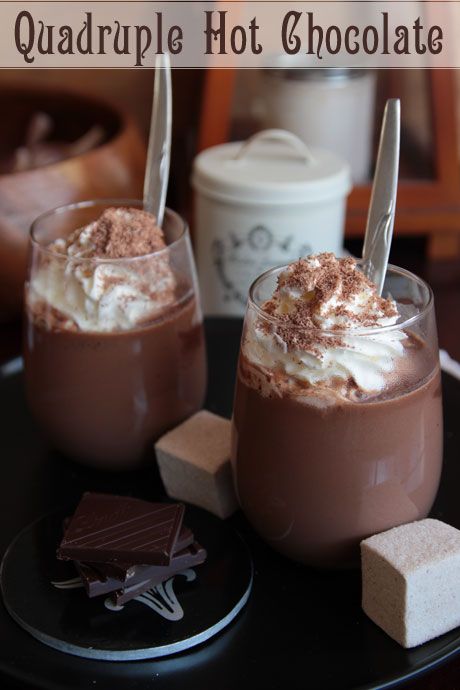 The other day I was looking in the mirror and thinking to myself that I'd make a fetching vampire.

"I'm thinking of getting some custom fitted fangs" I told Mr NQN.

"Oh ok. How much?" he said not looking up from his computer.

"I don't know, I kind of doubt that they're covered by private health insurance" I said slathering on some more red lipstick and trying to picture what I would look like with some fangs. The many pairs of Hallowe'en fangs that I have amassed just gave me a severe overbite look which is not a particularly fetching look. I should explain. You see lately my life has been taken over by the television show True Blood. Egged on by friends I spent a week watching episode after episode barely coming up for air and wondering whether life as a vampire would be worth it.

Pros of being a True Blood vampire:

Cons of being a vampire: 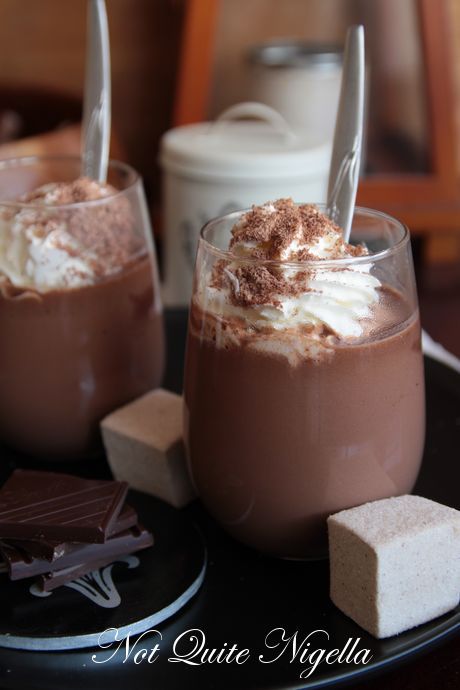 I was inspired by Michelle's post where she made a triple hot chocolate and my visceral reaction to reading it was to instantly start salivating like one of Pavlov's dogs and that was qualification enough. I know you don't really need a recipe to make hot chocolate but making a triple or quadruple one can only make it better. I am not a huge fan of cocoa in hot chocolates, only a smidgen will do. To me hot chocolate is best made with melting chocolate in hot milk and stirring it. The marshmallows are a must though.

The hot chocolate is silky and rich and chocolatey with the four types of chocolate forms melded into the hot milk and topped off with petticoat layers of whipped cream and chocolate shavings. And may I suggest perhaps pairing this with some lovely double chocolate chip cookies to really bring the house down. I sat down to a mug of this just as I was catching up with the final episode of True Blood Season 3. Mr NQN was just relieved to have his wife back.

"Welcome back mon cheri. So have you finished with that silly zombie show now?" he asked cheekily.

Now was the time if ever that I needed to show him the fangs...

So tell me Dear Reader, which TV show is your current obsession?  Any True Blood fans out there? 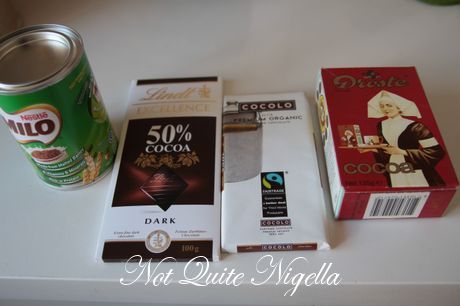 Use any milk or dark chocolate you like, this is just what I had in the pantry

Step 1 - In a small saucepan heat the milk until almost boiling point but not quite. Add the chocolate and stir until melted and then add the Milo, cocoa powder and sugar. Do not boil the milk as you don't want the cocoa butter to separate. 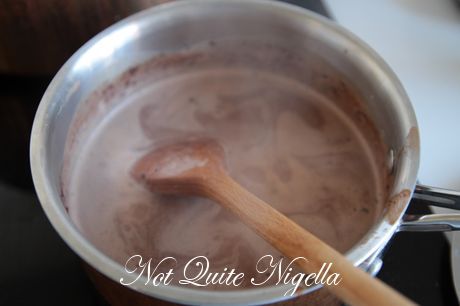 Step 2 - Pour into a cup or glass (I know hot drinks in glasses aren't very clever but I wanted to test out my new glasses). Top with whipped cream (the one in the can is fine) and then top with chocolate flakes. 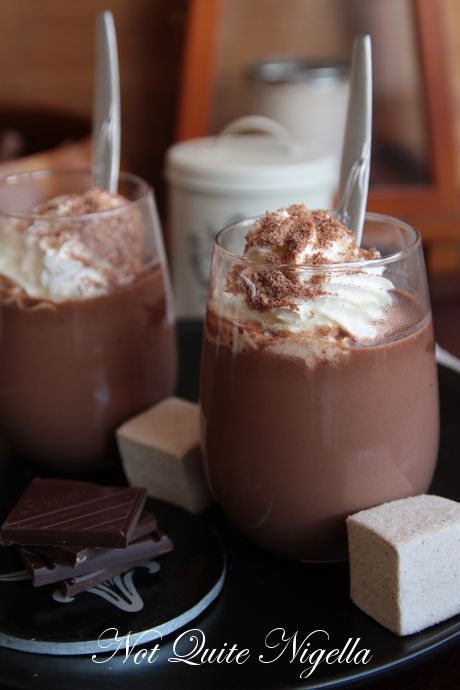